These teenage girls came from Afghanistan to build robots in Canada

These teenage girls came from Afghanistan to build robots in Canada

The Afghan Dreamers, an all-teenage-girl robotics team from Afghanistan, made international headlines last year after twice being denied visas to visit the U.S. for the 2017 FIRST Global Challenge, a robotics competition involving more than 2,500 kids from 157 countries. They eventually got permission to make a trip to Washington, D.C. last summer, after some personal intervention from, of all people, Donald Trump. Now, seven of the team’s 12 members are in Canada, after being invited by FIRST Robotics Canada.

The girls, aged 15 to 16, are being hosted by the Oakville families of a FIRST Robotics team from St. Mildred’s-Lightbourn School. They’re being escorted around the GTA by Roya Mahboob, the CEO of the Digital Citizen Fund, a U.S.-based non-profit that’s funding the team, with an eye toward changing prevailing Afghan cultural attitudes toward women in technology-related jobs. The Dreamers will be participating in provincial qualifiers for the 2018 FIRST Global Challenge, which will be held in Mexico City. They’ll return to Afghanistan in April.

We caught up with the team as they checked out a robotics event at Ryerson University earlier this March. With Mahboob interpreting, we asked four of them about their challenges and aspirations. Here’s what they said. 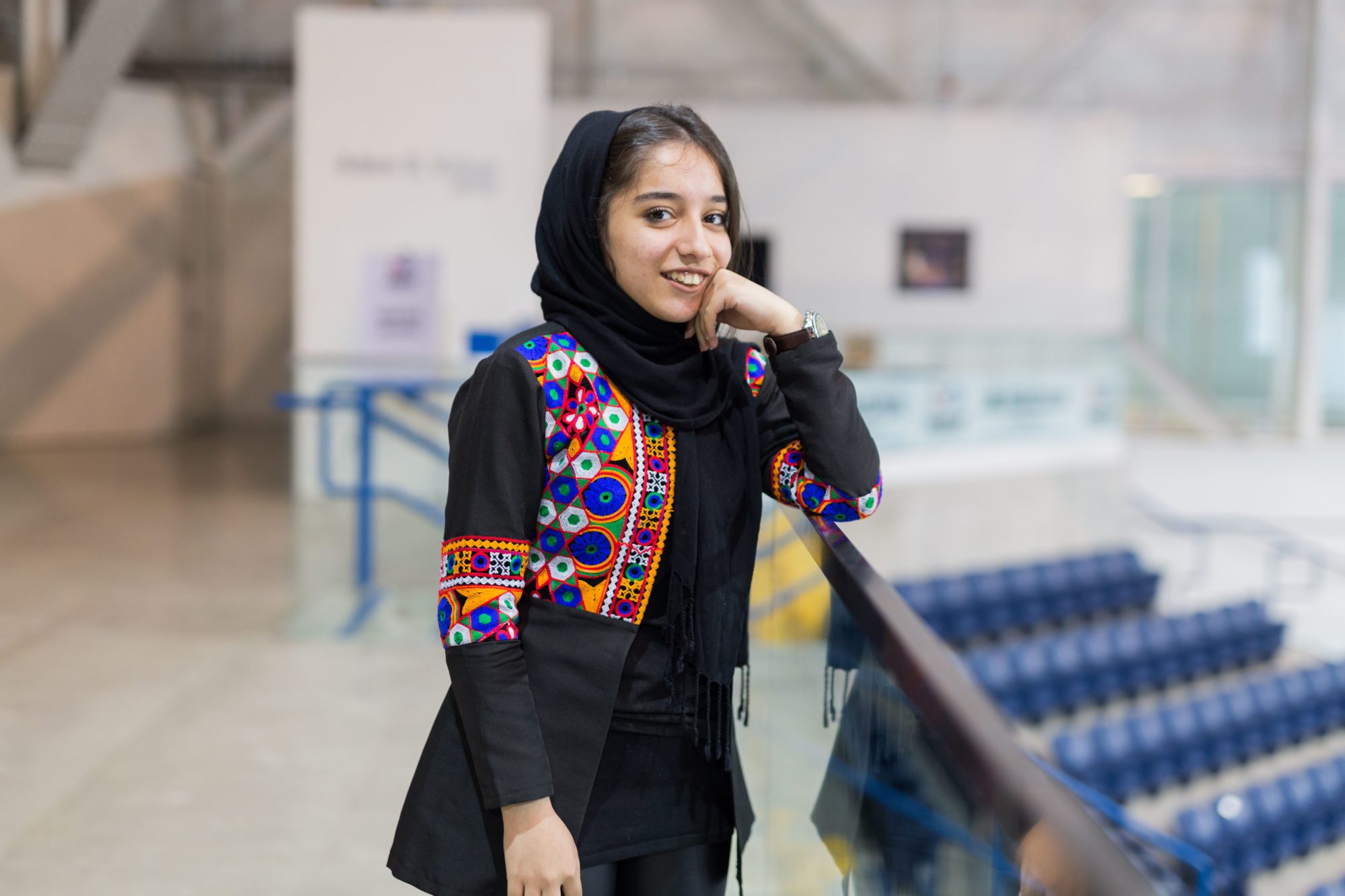 How did you get interested in robotics?
The turning point of my life was watching the movie I, Robot. I wanted to know how it was possible to build a humanlike robot, but there were difficulties in finding out more. When I asked my family, nobody knew. There was no high-level education in Afghanistan where I could go and learn about it. Because I was so curious from a young age, I got involved with the Afghan Dreamers.

What challenges have you faced?
In the beginning, one of the biggest challenges was that we didn’t have the equipment or machinery to build the different parts we needed. We had ideas for robots and wanted to work on them, but we couldn’t design them. We had problems getting funding, and some of the equipment we needed was really expensive and we couldn’t find it in Afghanistan. We had to buy equipment from outside the country. At the time, our government didn’t pay attention to us.

The other challenge we had at first was the culture barrier. Our families didn’t believe enough in our ability. Some of our families didn’t allow us to do much, and it was difficult to convince them to allow us to meet together in one area. One time, our coach took us to a small laboratory in Afghanistan to learn more, but the men there didn’t allow us to use the machines. They didn’t want girls using them, and didn’t believe we had the ability to use them.

When we couldn’t visit America last summer, it was like climbing Mt. Everest but not being allowed to stand on the peak. But then President Trump got involved and we had the visas.

What does your family think about what you’re doing?
My father was killed in a suicide bombing a week after I returned from the United States. Now my family wants me to stay motivated and continue in robotics. My mother and brother support me, and this is what my father wanted for me. My father is with me wherever I go. I imagine him, and his smiling face shows me he is proud.

What do you think of Canada?
I’ve found that Canadians are very kind and sociable. They have a respectful attitude toward immigrants and I love that. I don’t feel like I’m not a part of this society. 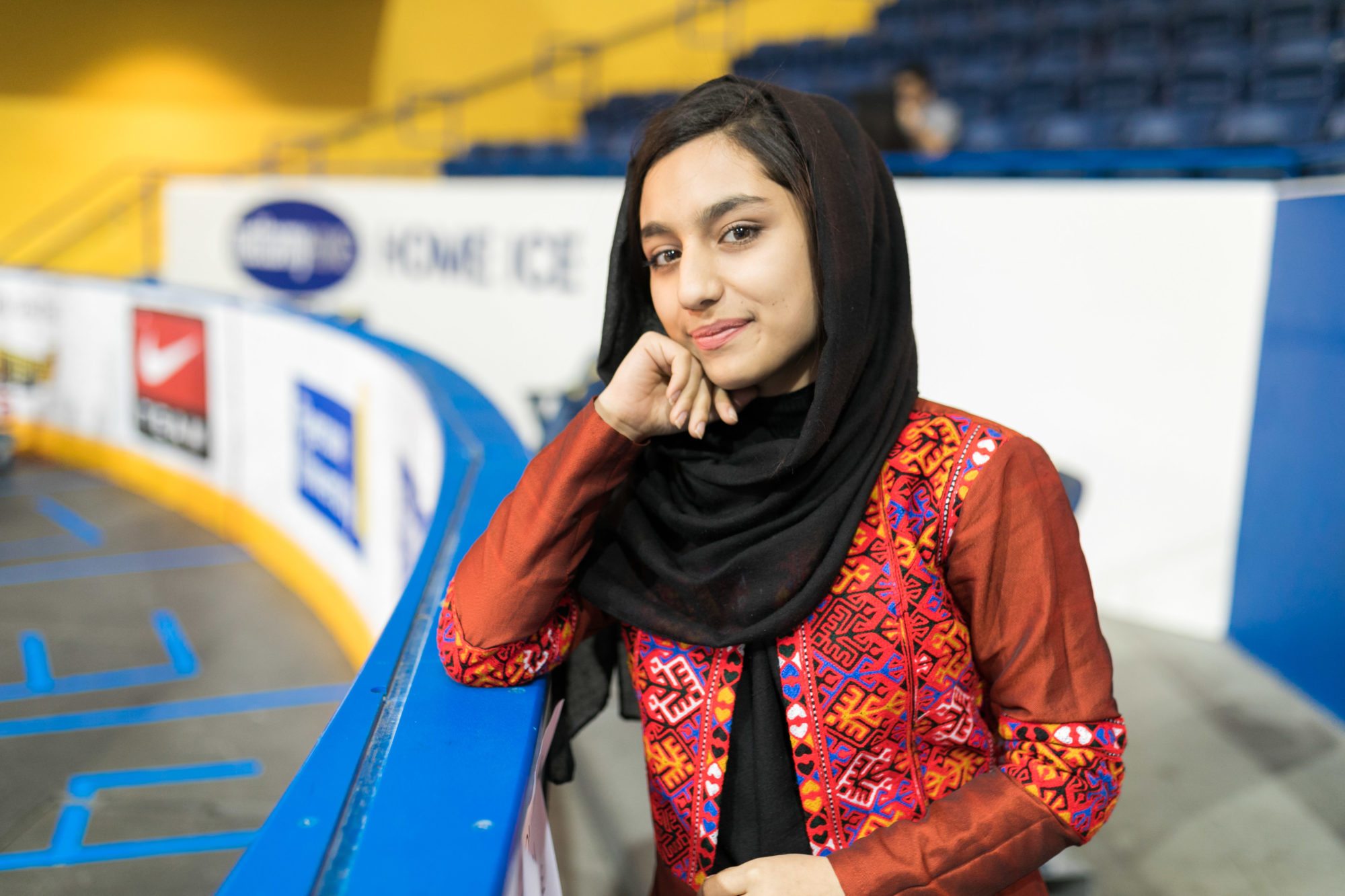 How did you get interested in robotics?
Since I was very young, I have been interested in mathematics. It has always been one of my favourite subjects in school. I like being given a problem and finding its solution. I like the challenge of it. I always did well in mathematics, which is why my father told me I could become an engineer. From an early age, I knew that one day I would graduate from an engineering school.

What does your family think about your involvement with the Afghan Dreamers?
At the beginning, my family was conservative and they didn’t think that robotics was an appropriate field for me. Actually, they didn’t know what it was. But when they saw the team go to the United States on TV and the sense of pride they brought to their communities, my family said I could go and be part of this.

What have you learned from travelling with the team?
I have been to the US and Canada, and I found out that people here respect women and care about them being in the robotics field. I saw that Canadians and Americans are at a very advanced level, and the opportunities for a woman to be an engineer here are different than in my country.

Mahboob is trying to a build Afghanistan’s first-ever tech school. What do you think that will accomplish?
Girls like me faced lots of challenges in the beginning because our families didn’t want us going out of the country. The good thing about the school is that it is in Afghanistan. So there’s no excuse for other families now. Technology subjects being taught by Afghans in our own language is an opportunity for other kids to have the opportunities I’ve had. We’ve learned things, and now we will have a place to share what we’ve learned with other kids. 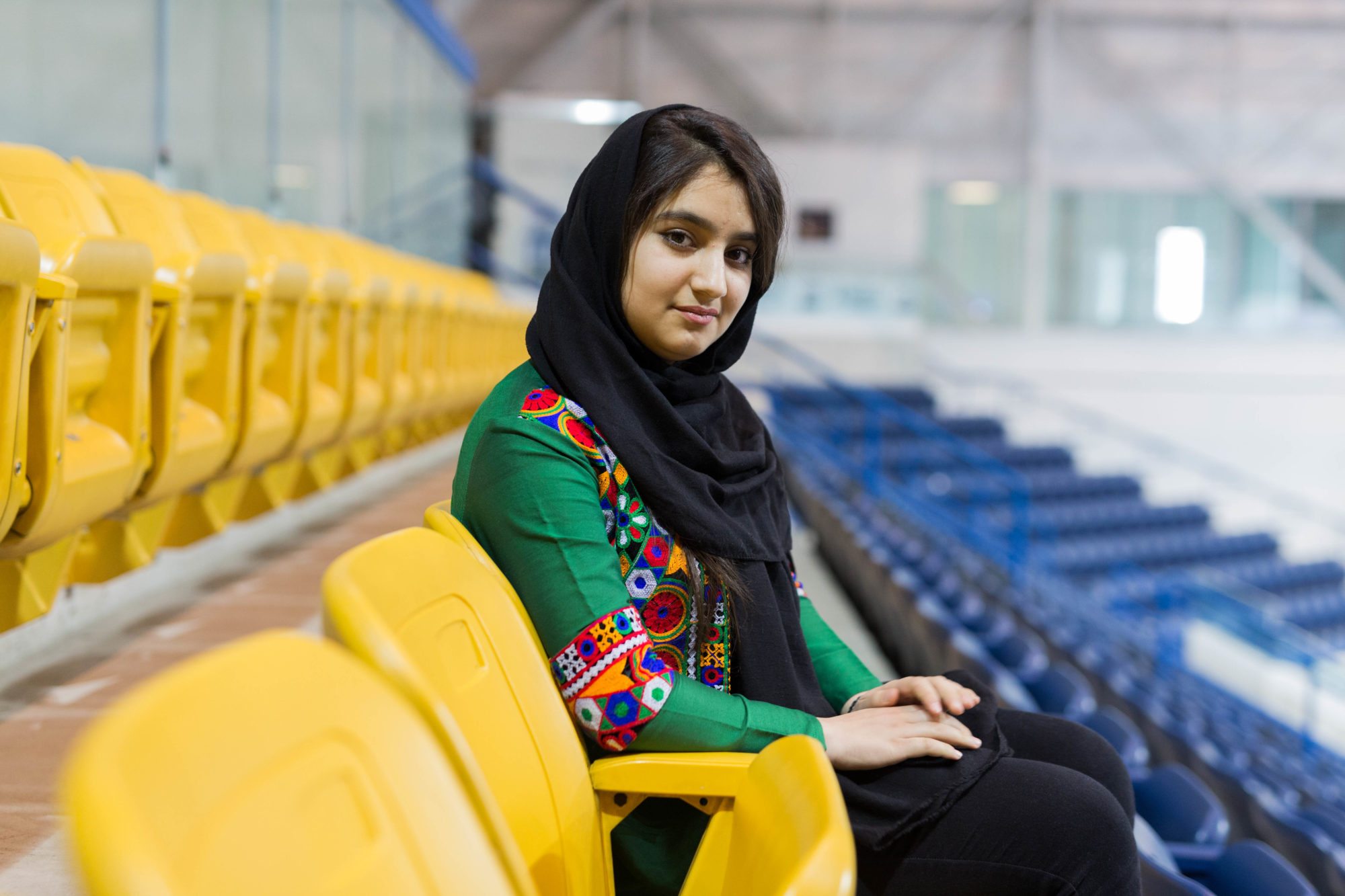 How did you get interested in robotics?
I always liked inventing things. What I find inspiring about robotics is that you can invent and build something from nothing. What I really want to do is build a robot that can talk and act like a human.

What have you learned from travelling with the team?
I’ve learned something new in every country. The Canadians I’ve met have been very kind and hospitable, but it’s very cold here. Where I live, we don’t really have winters. I also learned teamwork from how Canadians work, and how they provide environments for kids to come together and learn. It’s so motivating to see the parents and the community behind them. Everything is ready here. But it’s not like this in Afghanistan.

What does your family think about what you’re doing?
My family disagreed in the beginning for three reasons. They thought that robotics was not a field for girls, that security wasn’t good enough in our country for me to travel around, and they didn’t want me to leave Afghanistan. But I managed to convince them when I showed them what I could do, and that I could succeed in engineering. I’ve missed my family while I’ve been here. I miss just being able to sit and talk with them, and especially my mother’s food. We haven’t been able to find an Afghan restaurant in Oakville where we can eat our favourite foods, but we did find a Persian one.

What would you like to do when you’re older?
I want to be an engineer and eventually become a minister of science and technology for Afghanistan. 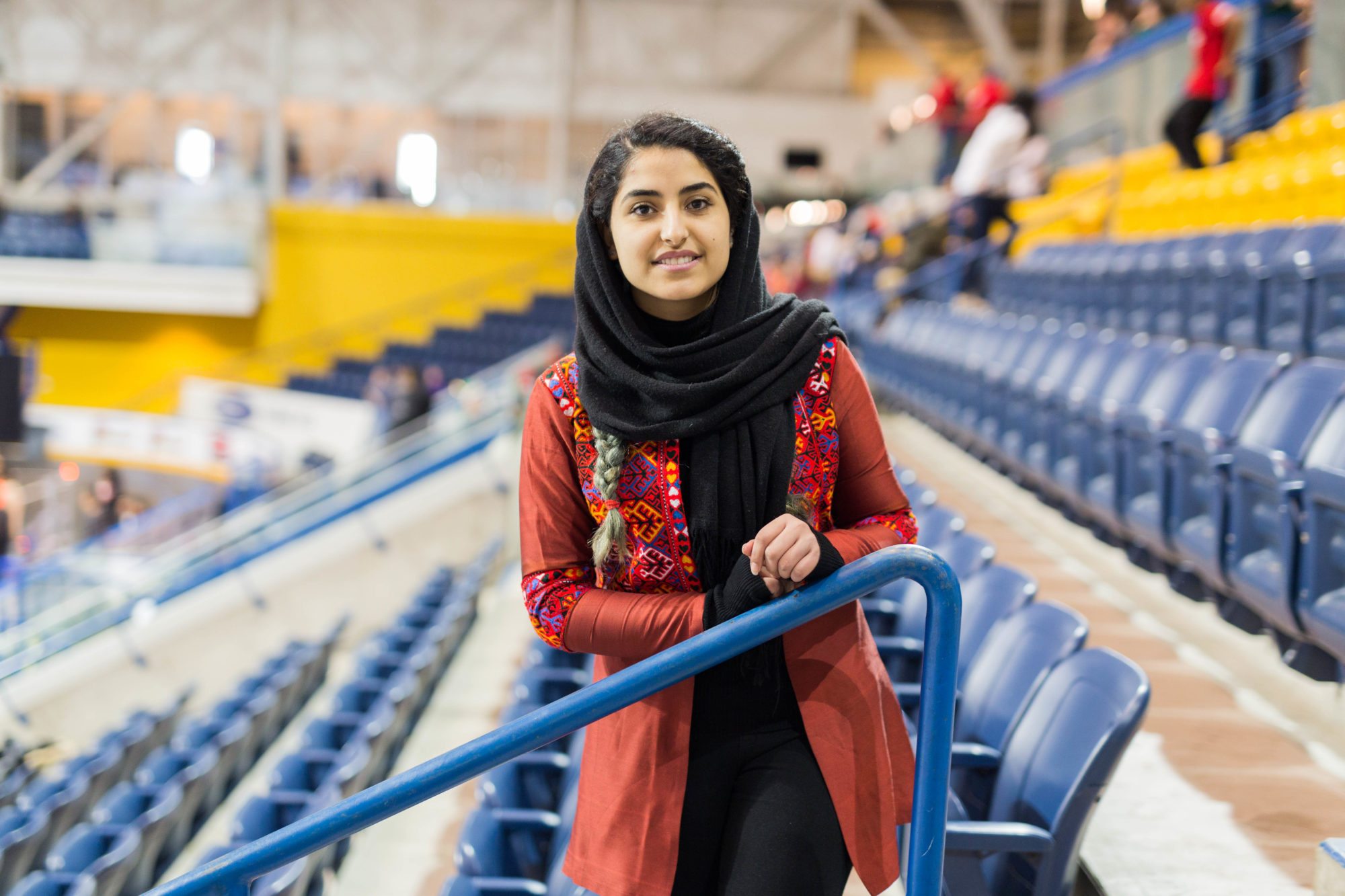 How did you get interested in robotics?
I always liked dismantling things and rebuilding them. I like the mechanics of things, and I have always been interested in anything practical. I want to be an engineer, and my mother has been my biggest supporter. She loves what I do.

What challenges have you faced?
Our challenge early on was how to actually build something. But we came to Canada and learned how to assemble parts, and how to use technology we never saw in Afghanistan. At first, we only drew designs for robots on paper, but now we have learned how to use software. We can now easily design parts on a computer.

What have you learned during your travels?
I learned a lot about different cultures and customs from each new person I’ve met. For example, in our first competition in the United States, we learned how different teams worked together, how they were friendly collaborating with each other and how they respected each other’s ideas. It didn’t matter who they were, they were working together as a team. It was very interesting to see this, and, as captain of my team, I want us to be like this too.

Do you think you can be a role model for future generations of Afghan girls?
I want to start a company that has a lot of students and employees. There I will work with my students to build robots and innovative technologies. It’s important for me that I always build something that is meaningful. I really care about this. Our priority as a team is building robots that help the community. One of the biggest industries in Afghanistan is agriculture, so we want to build robots that help farmers to do things like packaging and harvesting crops.