It was the worst place I ever lived

In the summer of 2007, I was about to start my master’s in library science at U of T. I pictured myself living a small, intellectual life, reading by the light of a bare bulb in a cluttered garret. Two days into my apartment search, I found a place that exceeded my wildest fantasies of grubby, low-budget living. The house was a Victorian semi in Kensington Market. It had been divided into 10 bedrooms, each with its own tenant, with three bathrooms and two kitchens between them. For $500 per month, one of these rooms could be mine. My first thought: where do I sign? 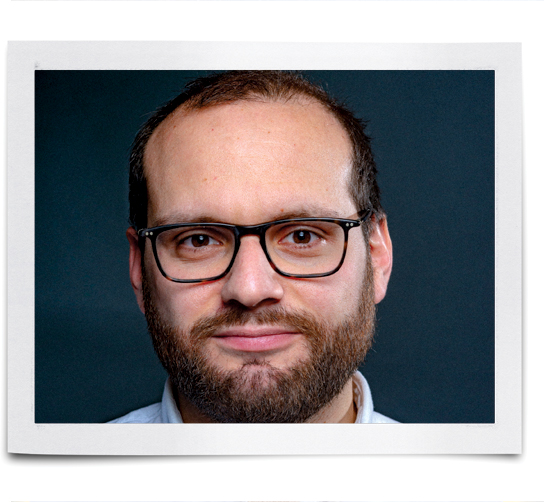 The city defines a rooming house as a home where four or more people pay individual rent and share bathrooms or kitchens. There are 187 licensed rooming houses in the city of Toronto, and they’re strictly regulated. Each one must pass regular inspections and comply with the fire code. But it’s safe to assume illegal rooming houses far outnumber legal ones. I didn’t know it at the time, but mine belonged firmly in the illicit category.

My room was about 10 feet square, and my bathroom, which I shared with four people, had temperamental water fixtures that meted out random scaldings. My rent bought me one cupboard in the kitchen and half a shelf in the fridge. The house manager was a York student who wore a ratty blazer with jeans and rarely did any house managing. Just upstairs was a trainee circus acrobat who baked vegan cupcakes every week. My favourite housemate, because he was the quietest, was an enigmatic 40-something guy who had lived on the ground floor for over a decade. I never saw inside his room. I don’t think anyone did.

A few weeks into my stay, the landlord, who didn’t live in the house, called a meeting. He was Bunyanesque, with tree-trunk legs and a booming voice. His message to us was this: if we made his life difficult, he wouldn’t bother with eviction. He’d call the city on himself and let the inspectors do the rest. We were renting outside the law, and he had all the leverage.

The threat was his way of discouraging us from bothering him with annoying complaints, which would otherwise have been legion. The roof leaked during rainstorms, deteriorating to the point where every downpour created a waterfall on the stairs. At one point, I came home and found that a chunk of the ceiling had fallen into the bathtub, scattering soggy pink fibreglass insulation everywhere. The house manager tried to intercede with the landlord, who laughed at him.

One day, a technician came to reconnect the house’s gas supply, because our service had been suspended after the landlord had forgotten to pay a few bills. When the tech saw our ancient oven, he was aghast. A housemate asked him what we should do if the landlord refused to upgrade to a safer gas hookup. His answer? “Run.”

But of course we didn’t. How could we? Even in 2007, renting in Toronto was expensive, and the tenants were low-income earners—not just students like me, but underemployed adults, chronic underachievers and immigrants who had come to depend on the panoply of services available to downtowners. Other cheap housing options in the area were scarce. The chance of dying in a gas explosion seemed, at the time, worth the risk. Which was considerable, by the way. Fires at illegal rooming houses happen with alarming regularity in Toronto: each year seems to bring at least one death. City staff have proposed changing zoning bylaws to make room for more legal rooming houses in areas of the city where they’re currently prohibited. It’s a smart idea, but it’s stalled at city council. A preliminary report on the proposed changes went to John Tory’s executive committee in October 2016. The committee asked for a follow-up report, but it never arrived.

My landlord patched up the bathroom, but he never fixed the roof. The leak spread to my bedroom, forcing me to set up a system of catch basins and cardboard shields to prevent tea-coloured ceiling water from dripping on my bed. The aura of neglect began to affect morale in the house, and our communal chore wheel fell into disuse. A layer of grime accumulated in the common areas, and I once watched two mice wrestle over a crumb of stale vegan cupcake on the kitchen floor.

As my graduation neared, I agonized over my next steps. Almost accidentally, I landed a decent job with a small tech company. I had started writing freelance for local news websites. Suddenly, a revelation: I could leave. Rather than continue paying into the landlord’s insane protection racket, I could get a place of my own, where the oven would never explode and I’d have an entire fridge to myself. The thought had never occurred to me before.

I moved five times over the next five years. I gradually learned not to romanticize squalor for its own sake, but I also recognized Toronto’s need for cheap, safe and legal utility housing. In a city obsessed with shiny growth, rooming houses are eyesores—ramshackle roosts for people the city hasn’t assimilated yet, or those who can never be assimilated. We could use a lot more of them.

Steve Kupferman is an associate editor at Toronto Life.