I remarried my ex on his deathbed

I remarried my ex on his deathbed 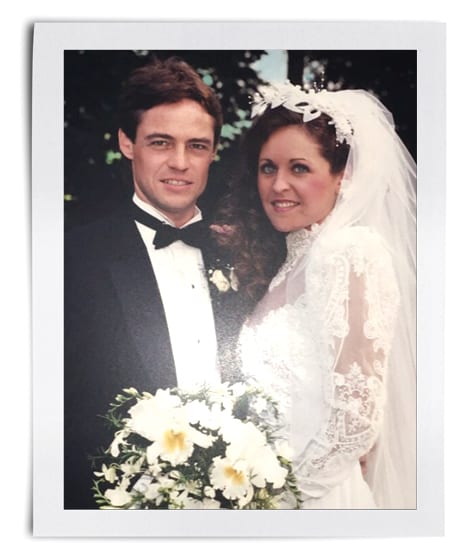 In 1985, my cousin set me up on a blind date with Bob, a friend of her husband’s. He was a sales rep for Metroland Media, and the first thing I noticed was that he looked great in a suit. That night, over dinner, he reminded me that we’d previously met four years earlier at a mutual friend’s house. He also confessed that he’d decided then and there he wanted to marry me one day. Two years later, on September 5, 1987, we tied the knot.

Our early years together were wonderful. In the evenings, we’d sip Freixenet, and he’d serenade me on his guitar with songs he’d written just for me. In the early ’90s, he formed Hot Rocks, a Rolling Stones tribute band—Bob looked a bit like Mick Jagger, and he could sing like him, too. He travelled the world, performing and spreading joy to Stones fans.

Over the next eight years, we had four ­children—Erin, James, Lauren and Emily—and life got hectic. I was juggling my job as a cardiac technician and taking care of the kids, and Bob was busy working or writing music or touring with the band. We drifted apart, and after 18 years of marriage, we decided to split up. But we remained close. We celebrated holidays as a family and attended our kids’ events together. Bob was still the only person I could confide in. He was always honest with me. Sometimes, I wondered if we’d made a mistake.

One day in the fall of 2017, he called me from the ER at Southlake Regional Health Centre in Newmarket, where I work. He said his heart was skipping beats and his legs were like jelly. I went downstairs to meet him, certain it was nothing serious. He was the healthiest 64-year-old I’d ever seen. But his blood work told a different story: he had a dangerously low red blood cell count and needed to stay overnight for a transfusion.

The next morning, we received the diagnosis: Bob had acute myeloid leukemia, a particularly aggressive form of blood cancer. When I got to his room, we hugged and cried for 10 minutes. His doctors were optimistic, assuring us that there were many treatments available. I was terrified, but I kept reminding myself that his illness wasn’t about me. I gathered all of my strength and love and gave it to Bob. 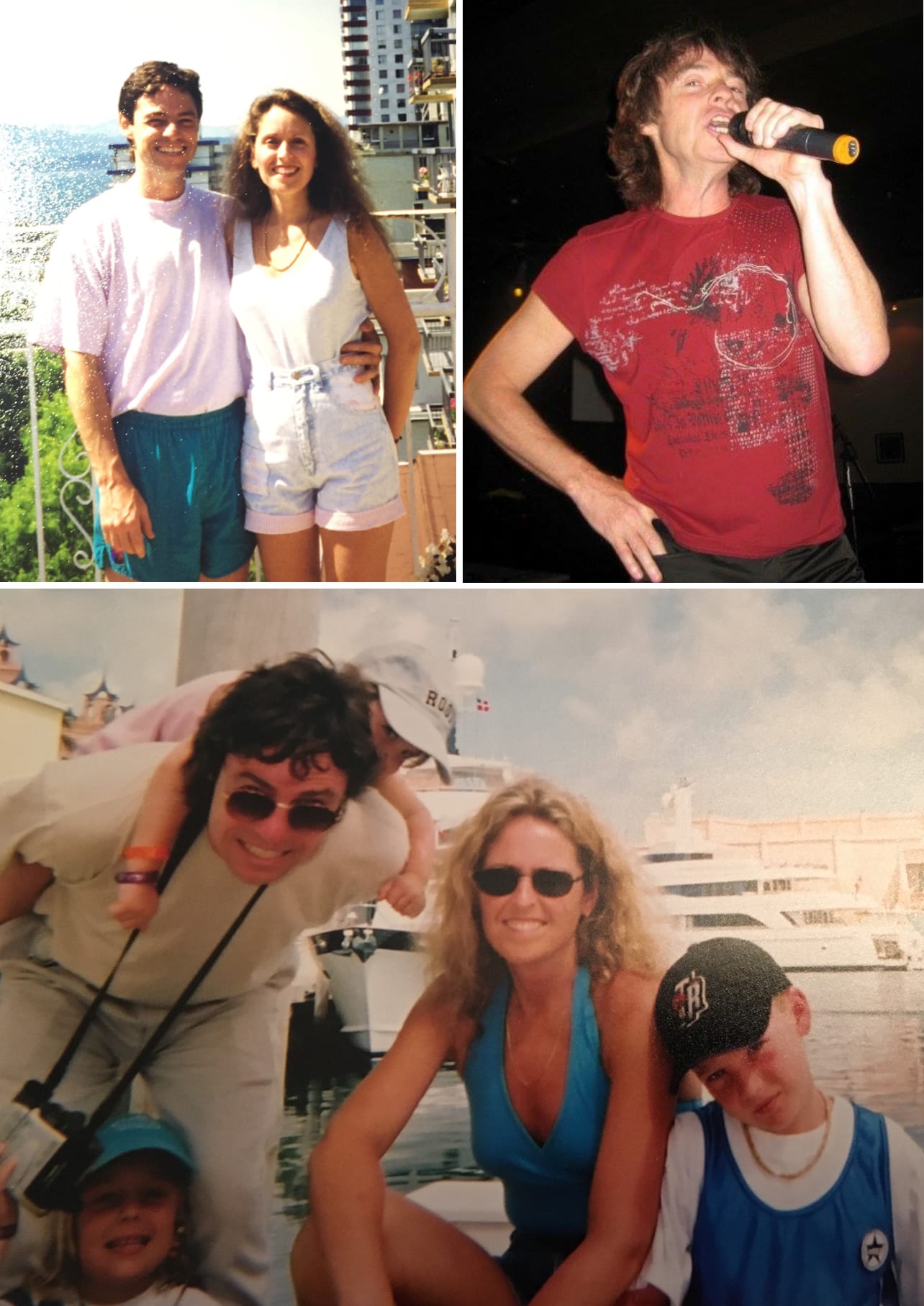 He spent the next eight months in and out of Princess ­Margaret Hospital, where he underwent several courses of intense chemo­therapy. The kids and I made sure that one of us was with him every day. Bob took pleasure in the little things, like caffè mochas from the hospital’s Second Cup. He spent hours writing new songs, which he’d record on his phone and send to us. On Christmas, our whole family—me, the kids, Bob’s 93-year-old mother—found a quiet corner of the hospital and laid out a full spread, turkey and all. Instead of exchanging gifts, we donated to the hospital’s leukemia foundation.

Bob’s doctors tried stem cell transplants, trial drugs and transfusions. He briefly went into remission but discovered only weeks later that the cancer had returned. Every time I saw him, he seemed weaker, thinner and paler. Our eldest daughter, Erin, was set to be married in June 2018. At the last minute, we changed venues and gathered on Princess Margaret’s rooftop in all our wedding finery so Bob could watch his daughter get married.

One morning, while staying over at my place, Bob started vomiting violently. He had a bowel obstruction, but his platelets were so low that he couldn’t have surgery. We all camped out by his hospital bed, hoping the problem would fix itself. But Bob knew it wouldn’t. He brought me close, removed his oxygen mask, and said, “Joanne, will you remarry me?”

We spent the next 24 hours planning our second wedding. Bob’s brother flew in from Vancouver, and his best friend and bandmate—the Keith Richards to his Mick Jagger—arrived from Stratford. My daughter Lauren and I raced to city hall to obtain a marriage licence. Originally, they told us it would take a few days, but once they heard our story, they expedited the process.

In the early afternoon of July 10, Bob and I were remarried at his bedside in the ICU. The hospital chaplain performed the ceremony, our children served as the bridal party, and we played some of Bob’s favourite songs on our phones, like Elvin Bishop’s “Fooled Around and Fell in Love” and Bob’s own track “Teardrop.” The ICU staff gave me a bouquet and some candles for the bedside. Bob’s doctor brought us a bottle of ice wine for a toast. The afternoon was bittersweet. “Till death do you part” packs quite an emotional wallop when the groom has terminal cancer.

After the ceremony, Bob, the kids and I watched an episode of Married With Children, his favourite TV show. When it was over, he announced, “Okay, everyone out! I’m spending my wedding night with my wife.” I sat by his side all night, holding his hand. He drifted in and out of consciousness, asking me if I was still there, if I was warm enough. I told him I loved him and thanked him for giving me four wonderful children and a lifetime of love.

The next morning, Bob stopped breathing. He was surrounded by the people who loved him most, and he died happy, knowing his family was whole again.

Joanne Wotherspoon is a cardiac technician in Newmarket.