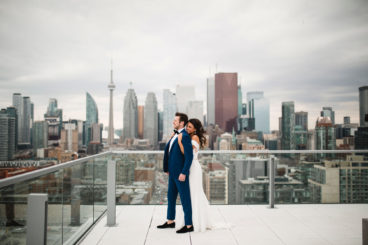 Inside a grand affair at the Globe and Mail centre

Courtney Sas, a social worker, and Aaron Bongard, a finance director at a software company, met at a Mexican food truck festival back in 2012. Aaron was a talker, and spent the entire night flirting with Courtney. She was flattered, but didn’t think twice about it. It wasn’t until 2016, when they were randomly seated beside each other at a mutual friend’s wedding, that she reconsidered. Two months later, she asked him for a drink and they’ve been together ever since.

After a year of dating, Aaron proposed at Courtney’s family’s cottage in Muskoka. He had seven custom T-shirts made, each one printed with a cute phrase, and stripped them off one by one. The last one read “Will you marry me?” She said yes.

Courtney and Aaron planned on having a backyard ceremony with their families, but after Courtney’s dad joked about not knowing whether he’d make the small guest list, they changed their minds and decided to host a giant celebration for 200 at the Globe and Mail Centre.

Courtney spent the morning getting ready at her parents’ house: 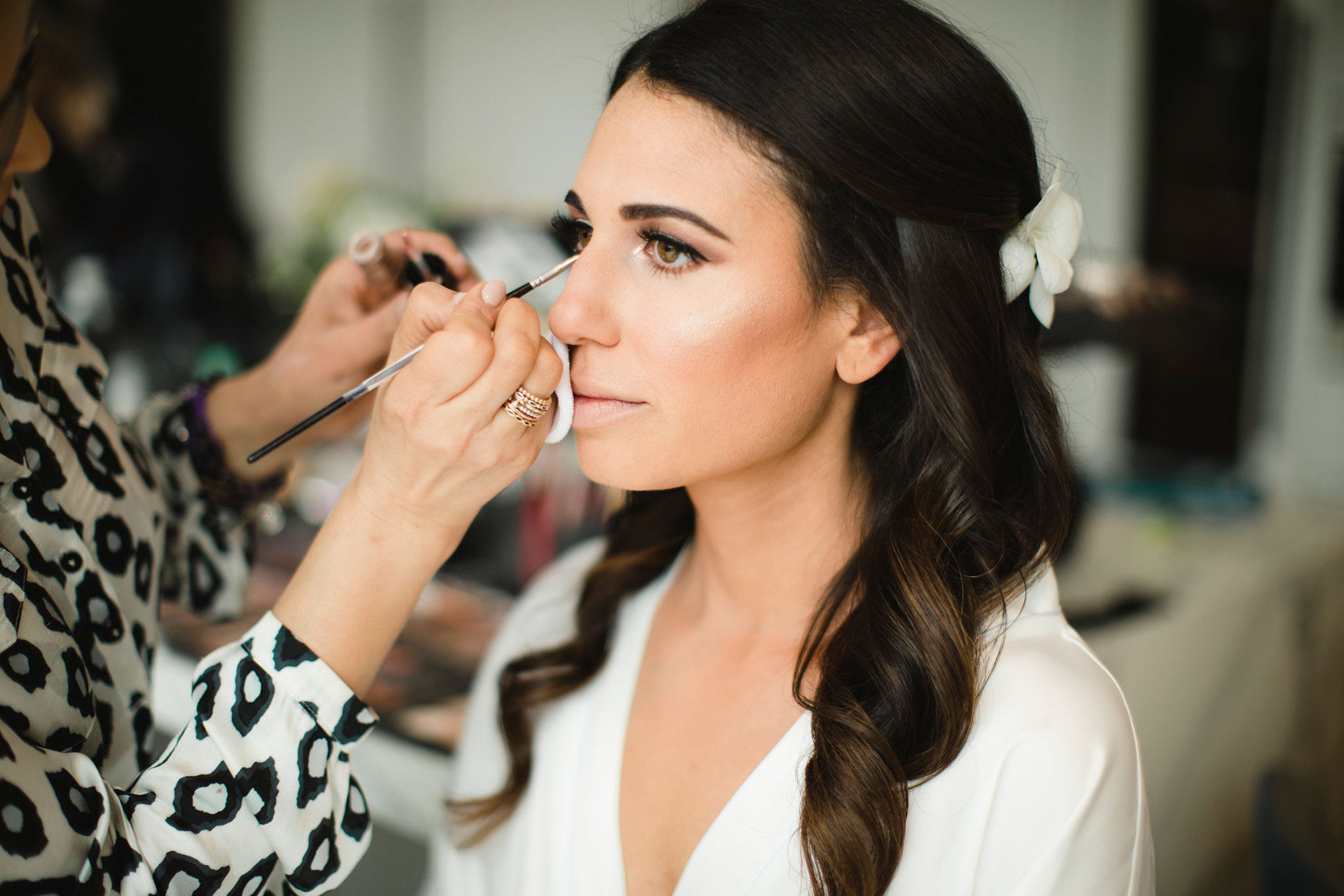 Guests had a chance to take in the skyline views on the Globe and Mail Centre’s deck: 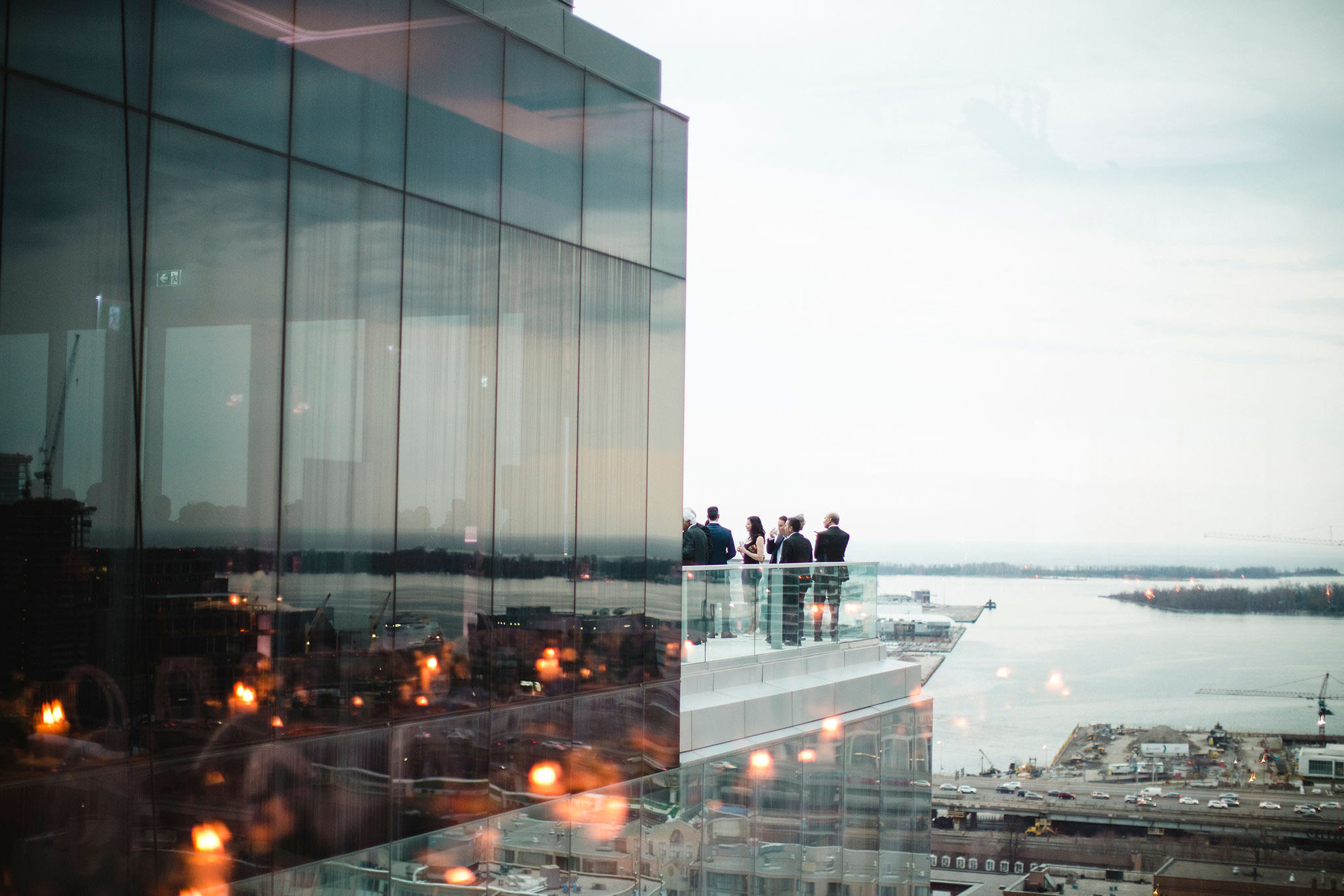 Courtney wanted to avoid formalities, so she decided not to have official bridesmaids. The “informal bridal party,” as she calls it, included their brothers and sisters (and their partners), plus Aaron’s niece and nephew: 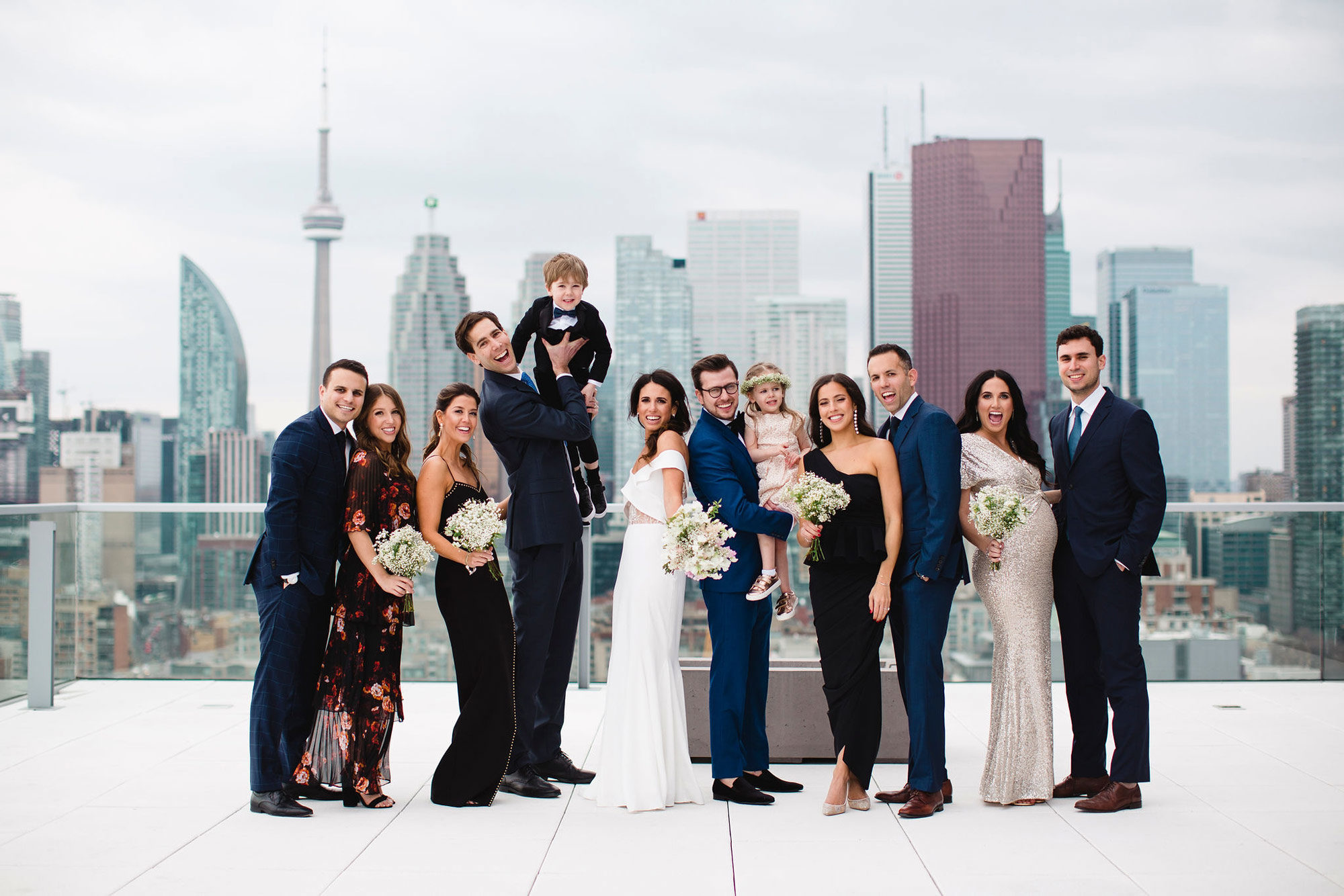 Since they passed on the backyard wedding, they tried to incorporate garden-inspired foliage into their decor, instead: 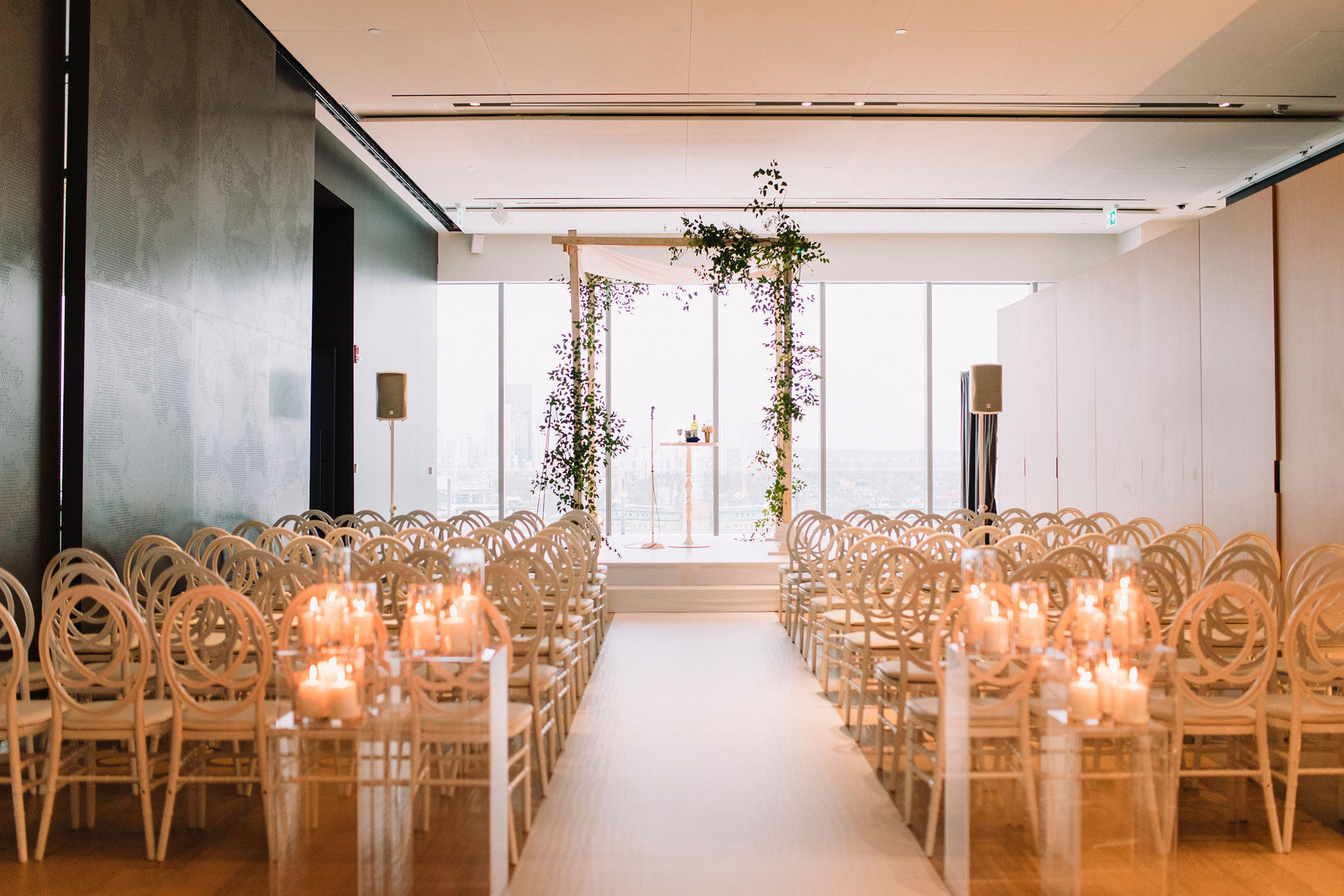 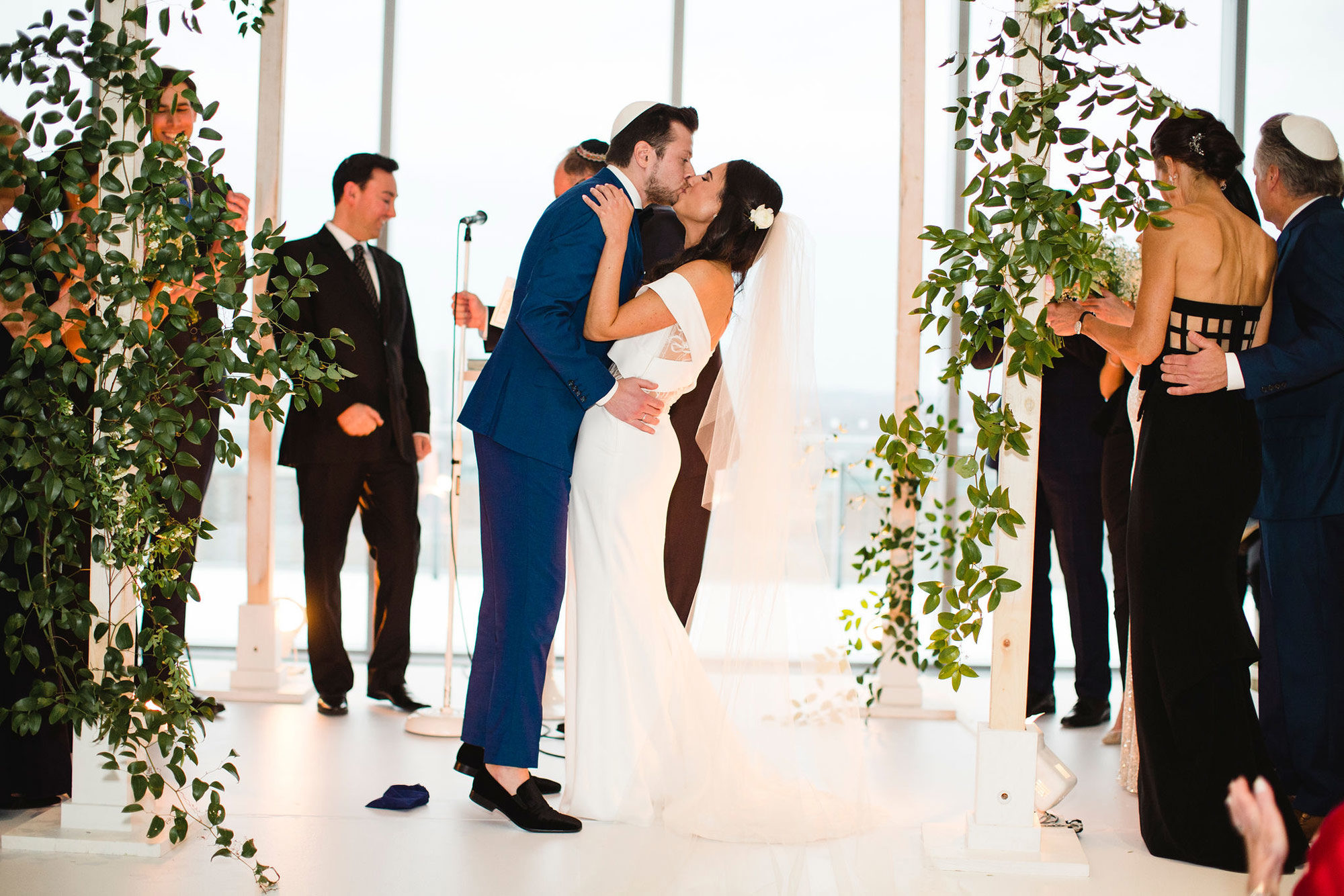 The flower arrangements were made up of garden roses, sweet peas, ranunculus and baby’s breath: 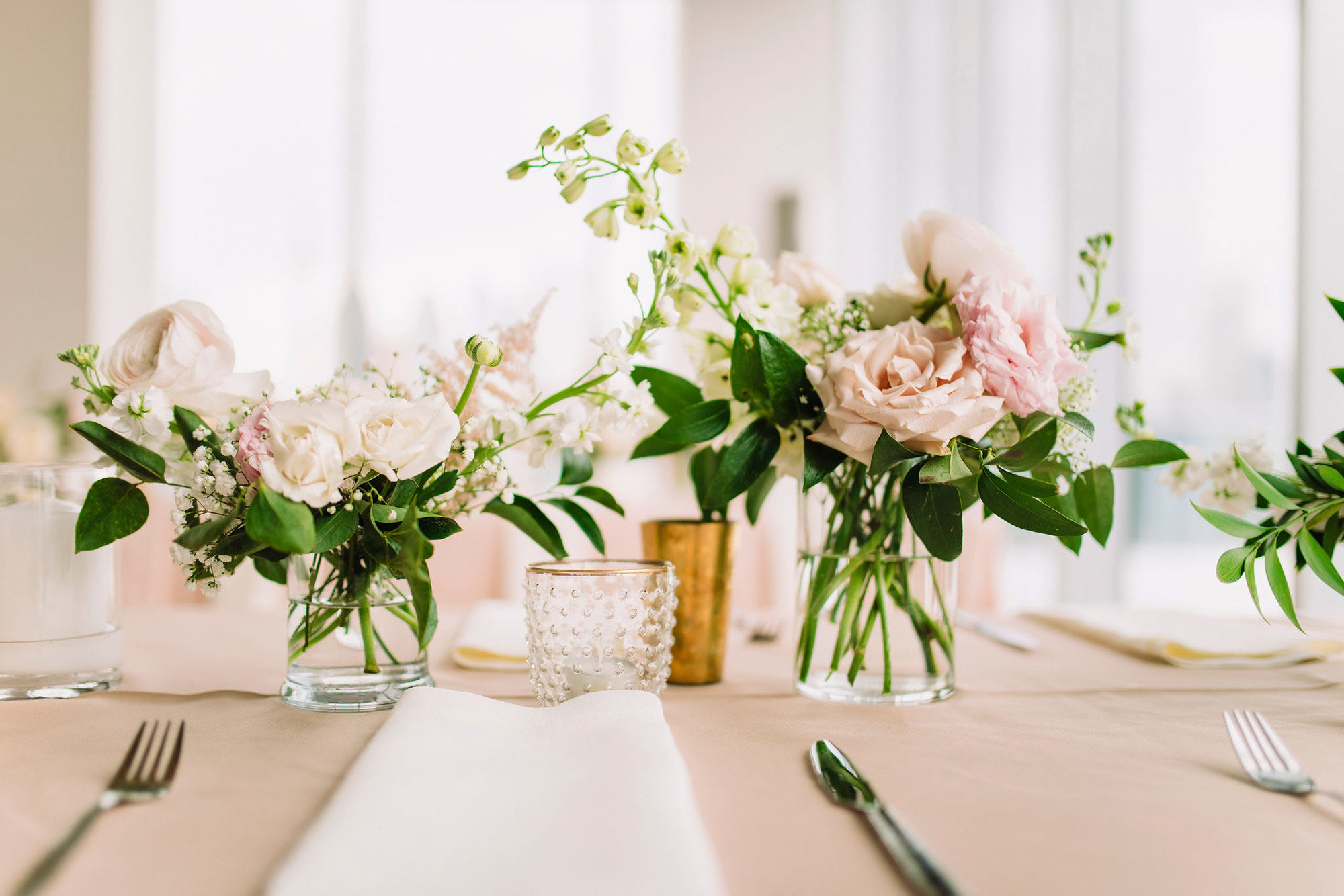 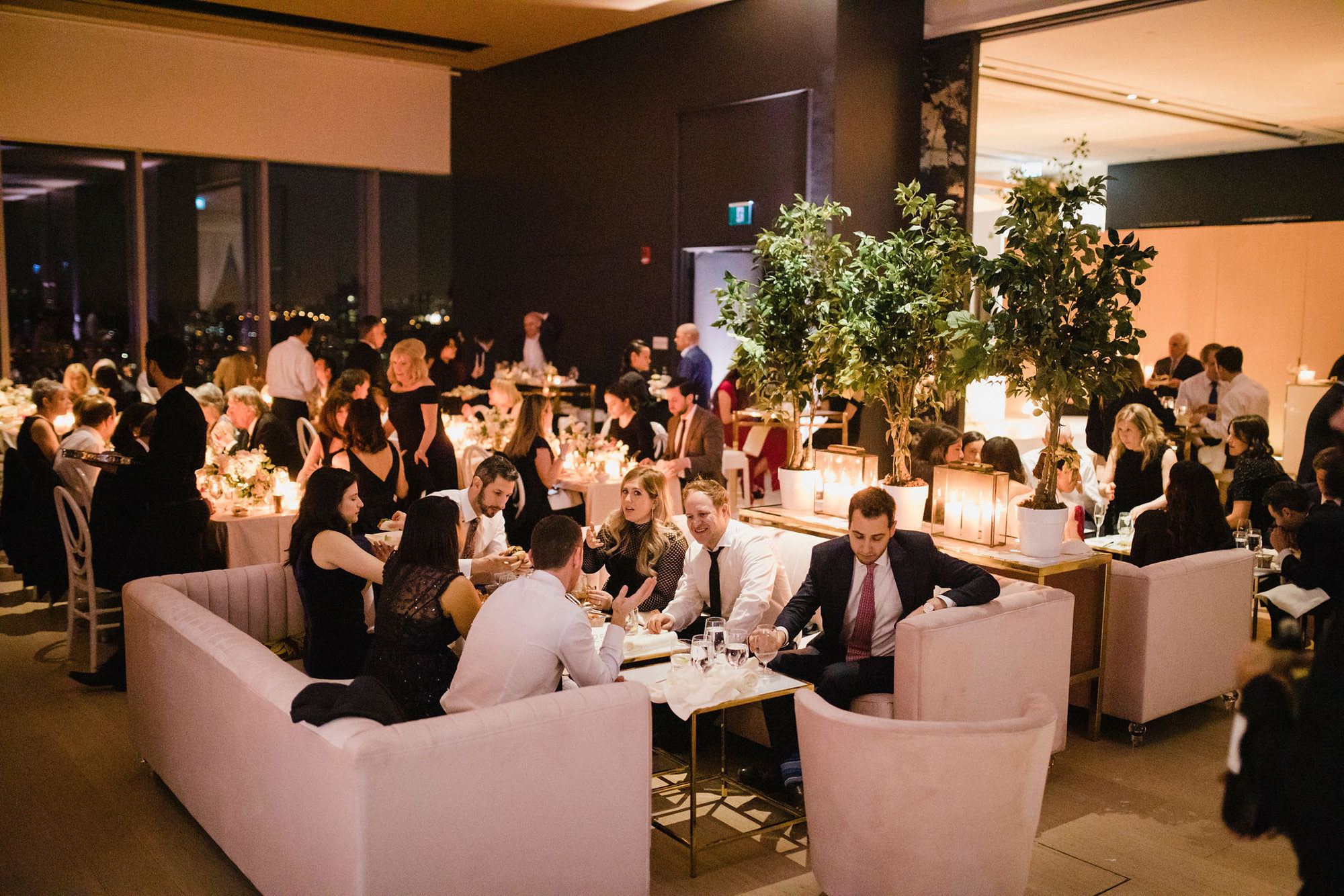 There were four food stations (including a taco station and a Krispy Kreme donut station instead of cake), so guests could help themselves buffet-style: 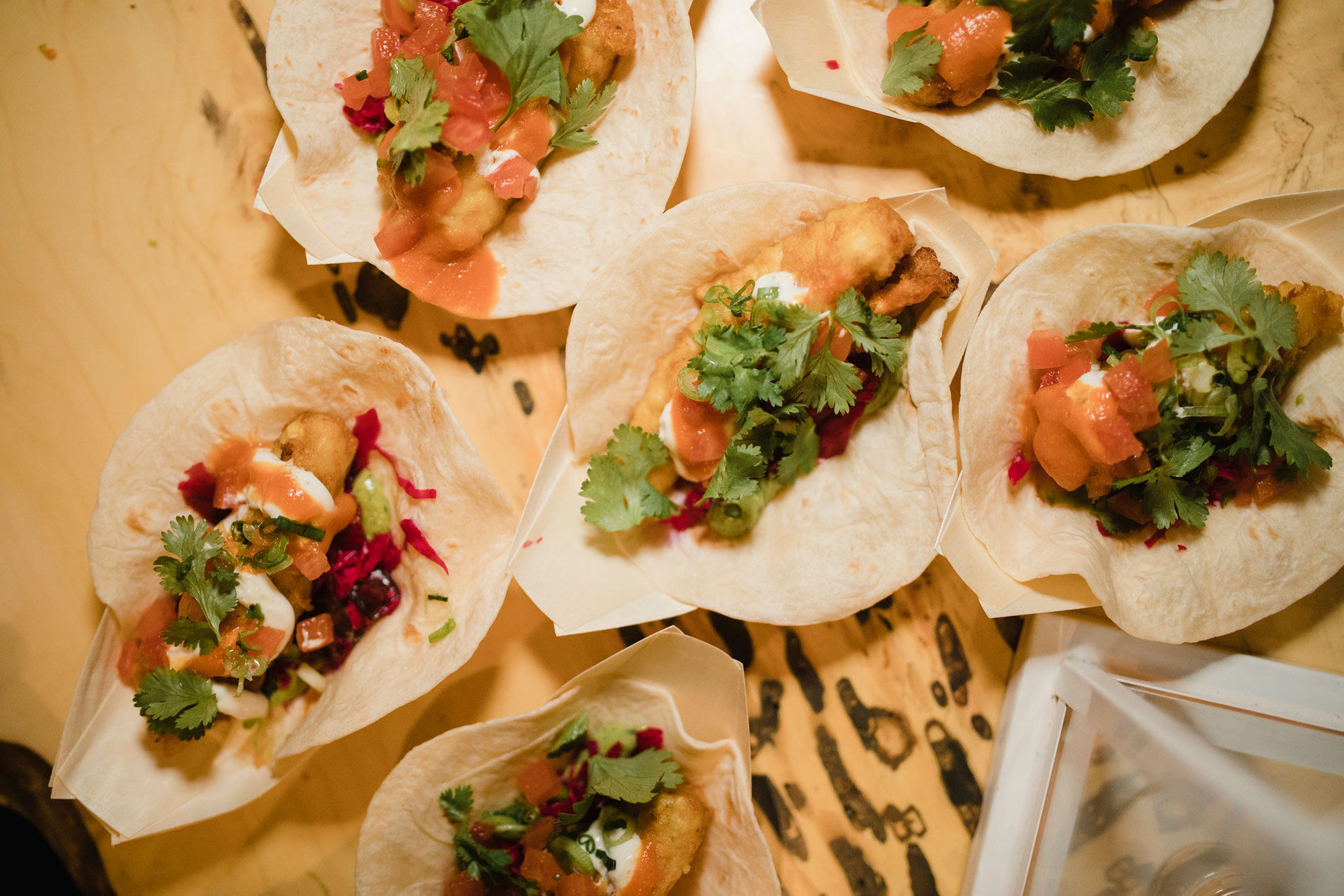 The night ended with a proper party: 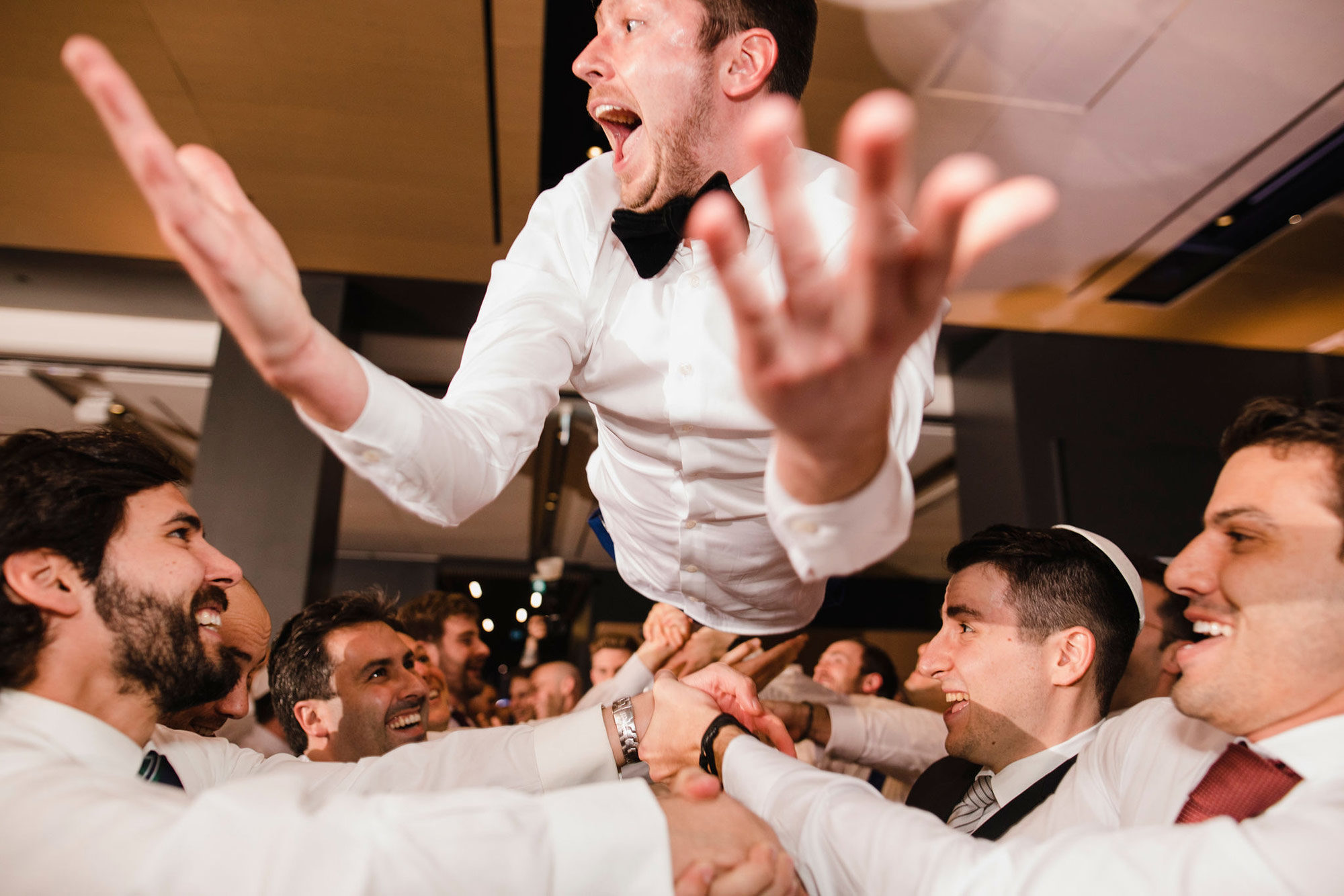