Q&A: Mikhaila Peterson, daughter of Jordan Peterson, on her all-beef diet and her dad’s overnight fame

Q&A: Mikhaila Peterson, daughter of Jordan Peterson, on her all-beef diet and her dad’s overnight fame 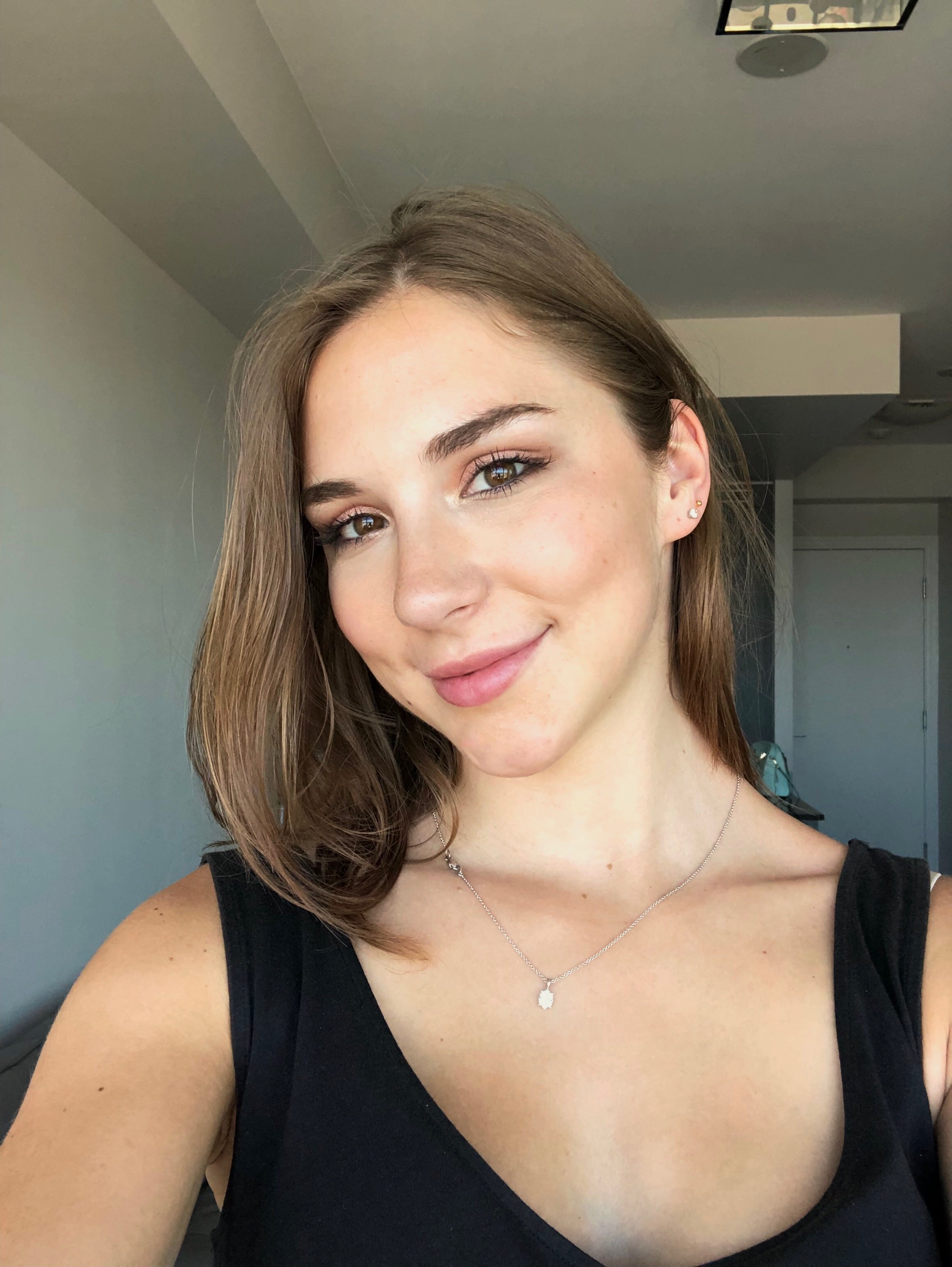 Your father has gone from local academic to global phenomenon, mostly due to his opposition to gender-neutral pronouns, and he’s become a best-selling author, too, with 12 Rules for Life. What’s it been like to observe this rapid evolution from up close?
It’s been very, very strange. There’s been so much bad press that I stopped reading the news as much. Sometimes, when my family goes out together, people will come up to my dad. Mostly, it’s positive. One time we walked into somebody at Front and Yonge and he said, ‘Holy shit, it’s Jordan Peterson.’ He was starstruck. And that’s really weird. I’m like, “It’s just my dad.” The weirdest part is when people act as if they actually know him.

A woman was arrested after breaking a window while protesting your dad’s lecture at Queen’s in March. Apparently 150 demonstrators showed up. What did you think of that?
It was scary and completely unnecessary. It’s not a good way to go about getting what you want because it makes you look like a bad person. But I’m not really concerned. I feel like maybe I should be more concerned than I am. I mostly feel like people who get that upset, I kind of feel sad for them since obviously they’re not feeling well. As for my dad, that one scared him a bit. But otherwise, he hasn’t really been harassed in person. It’s pretty much all online. That said, the bad press has been hard on him. Depression runs in our family—both he and I have suffered from it—and we were trying to get that under control just as his profile was growing. So life was really stressful in the beginning. But recently, his depression has gotten a lot better. He and I recently figured out his autoimmune problem, then he lost a whole bunch of weight. So not only is he famous now, but he also looks different, so that’s weird. And he doesn’t read most of the press now, which we’d been telling him to do for a year.

The New York Times ran a scathing profile of your dad in May entitled “Jordan Peterson, Custodian of the Patriarchy.” The author described your parents’ house as a “carefully curated house of horror.” You tweeted that you wouldn’t describe it that way. What was it like growing up in your household?
My dad collects all this Soviet art—I’m named after Mikhail Gorbachev—and he has Native masks everywhere, and there’s like 32 different paint colours in the house. But I didn’t find that strange until I went to university and came back and was like, “Oh, maybe dad is a little eccentric.” But it wasn’t a house of horror. I think when that journalist came over, dad was really anxious and she may have gotten those vibes. I mean, it’s a semi-detached house so it’s kind of dark because there aren’t any windows on one side. But it’s not a scary place.

What was your dad like as a parent?
Well, debate was a big part of life. If I wanted to go do something that my parents didn’t necessarily agree with, we’d have to have a deep negotiation about it. I don’t know how abnormal that is. I remember with my first serious boyfriend—I was 15, in grade 10—and he came into the living room, and my parents were both sitting there. They asked him, “Why are you dating our daughter?” And then a whole bunch of followup questions, including “Are you in love with Mikhaila?” Then, to me, “And why do you think this is a good idea?” At the end, they turned to me and said, “Okay, as long as you’ve thought this through, that’s fine.”

That poor boyfriend.
I know. It was a bit traumatizing.

Did religion or politics play a big role in your childhood?
Not really. My mom tried to bring my brother Julian and me to church when we were kids, and I think we went twice. My dad was like, “No.” So we stopped. He was always into the meaning behind religious stories, and not just Christian, but also Egyptian and Greek. It felt more like mythology than religion. I mean, we celebrated Christmas and Easter, but everybody does.

In his New York Times piece, your dad suggests “enforced monogamy” as a solution to male violence. What do you make of that?
What he meant was marriage to one person. I wouldn’t have worded it like he did, but I also don’t talk about those things. But I see where he’s coming from, in a way. I think right now in our culture, casual sex isn’t frowned upon as much as it should be. I know everybody does it, especially during university. But looking back on it, that probably wasn’t particularly good for me. Everybody said, “It’s OK to do! You’re free, do whatever you want!” But it also kind of hurt afterward. But I was young. Everybody has bad experiences. Obviously, my dad is more traditional than I am. Both my parents are. But I think my dad wrote a response on his blog about what he meant by enforced monogamy, which I haven’t read.

You haven’t read it?
No. But like I said, it’s hard to keep up. I do find that what he says and means is often misunderstood, especially in some of the negative articles. There have been a couple of times where film crews have come over to my parents’ house—I don’t live with them—and I’ve been there to watch the interview. Then I see the edited version, and it’s really different from what actually happened. As a result, I don’t trust the media like I used to. I used to read Metro and think, Okay, that’s what’s going on. Now I know the truth can be changed.

When it comes to gender-neutral pronouns, are you in the same camp as your dad? Or would you feel comfortable calling someone “they” if they asked you to?
I don’t know. I actually haven’t been in that situation. I’m not sure. To be completely honest, I think partly because I was so consumed with my own health stuff while that debate was going on, I didn’t get into it. So I don’t know. I don’t really care about that whole drama so I kind of avoided it.

You’ve mentioned your health issues a few times. When did they start?
Early on. When I was two, I started walking funny. At age seven, I was diagnosed with arthritis and was put on immunosuppressants. In Grade 5, I started having nightmares, I was fighting with my friends, and I was extremely unhappy. My parents brought me to a psychologist and I was put on antidepressants, which helped enormously. When I was 14, I started getting really tired, and I thought it was just the kind of weird sleep thing that every teenager goes through, but it kept getting worse. Then, at 17, the cartilage in my hip and ankle just eroded and I needed a hip and ankle replacement. Then I went to university at Concordia and my mental health got way worse. I was sleeping all the time, was arthritic and was on a whole bunch of medication, and my depression deepened. I ended up dropping out before the end of second year. A naturopath told me to go on an elimination diet. I looked at the list and thought it didn’t really make a lot of sense, but I was like, “I might as well try.” I have this celiac gene, so I cut out gluten, and then I just sort of cut out various foods on my own. I went down to meat, carrots, fish, green vegetables and rice. I didn’t really know what I was doing, but my symptoms went away. My depression started to lift and for the first time in my life I felt, well, happy. I went off my antidepressants. My partner is Russian, and we met at Ryerson. We had a baby girl, Scarlett, one year ago. When I got pregnant, I got sick again—my tolerance of certain foods changed. I became depressed and arthritic again, and I was like, Are you kidding me? What is going on now? That’s pretty much when dad’s fame picked up.

The most recent step, from what I gather, is you’ve eliminated everything except beef?
Yes. Now I literally eat just beef. Which sounds insane. But I listened to somebody on the Joe Rogan Experience podcast who had been eating only meat for a couple years, and he hadn’t died. It’s called the carnivore diet. When I went down to only beef, everything got better. As for my dad, he started taking antidepressants in his late 30s. He said lecturing became really difficult and winters were really awful. I convinced him to go to all meat this past April, and he felt better. It took him like three days. Even what he talks about changed. Instead of talking about all the terrible things that are going to happen—which is what it feels like when you’re anxious— he’s now much more positive. You can even see in online interviews that he’s different. A lot less doomy.

What does your doctor think of your meat-only diet?
He’s very skeptical. The alternative was being depressed and having arthritis. I’ve had my vitamins checked recently and cholesterol, all that stuff, and everything’s normal. I think what will happen is if this diet stops working, I’ll start feeling bad. But I’m not going to worry about that until that happens.

Will you put your daughter on a strict diet?
Obviously I’m really paranoid about food now because of what it did to me. And I don’t know whether or not she inherited this celiac gene. I’m definitely going to be that crazy mom who doesn’t let their kid have sugar or grains—she’ll have to sneak it at school or something. But no, I’m not going to keep her restricted like me. I do think, though, my experience as a kid would have been better had I not eaten certain foods—probably sugar, gluten and dairy.

Are you claiming that a meat-only diet can cure depression?
That’s tough to say. I would say that it’s definitely worth a try. Having arthritis and an autoimmune disorder was terrible, but not as bad as the anxiety and depression. So yeah, it’s worth a try. It just sucks that what worked for me is literally the most ridiculous-sounding thing, because then it’s hard to be like, ‘Give it a try!’ People are like, ‘That’s insane.’

Can you cite any research or evidence that backs up your health advice?
Not really. They’re doing some studies in a facility in Hungary where they’re trying to treat autoimmune disorders, but they’re all case studies. There’s a website called Meat Heals. And again, it’s just people’s experiences. You could say, “Well, they’re just making it up.” But they aren’t. Still, there really isn’t much evidence. I started a diet blog and mostly I say, “This is what happened to me. Try it out if you want.”

What’s next for you?
I’m hoping to tell people—especially people suffering from autoimmune disorders and depression—that they should examine their diet. Even if they don’t go all-meat, which, I know, is extreme.