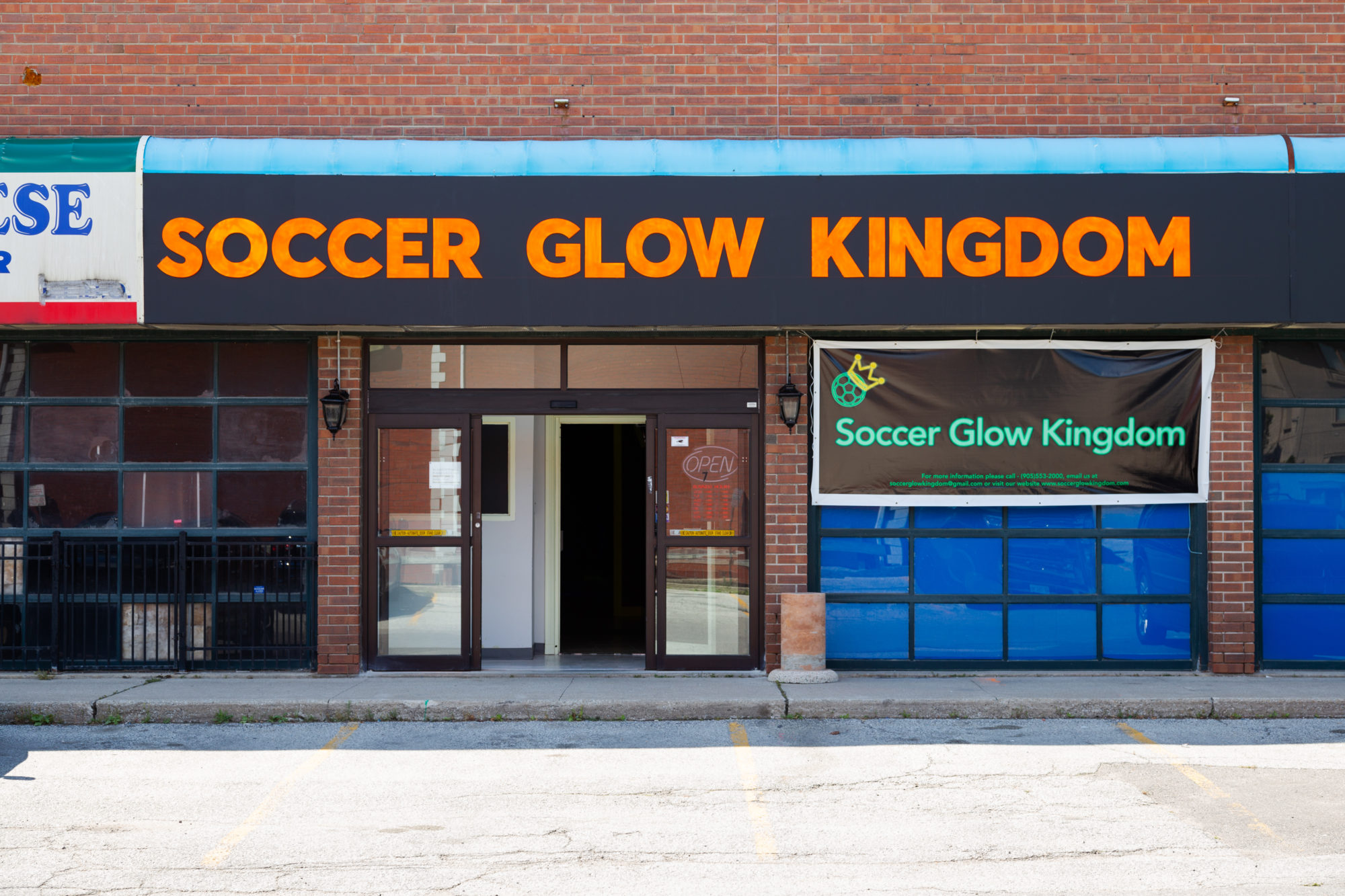 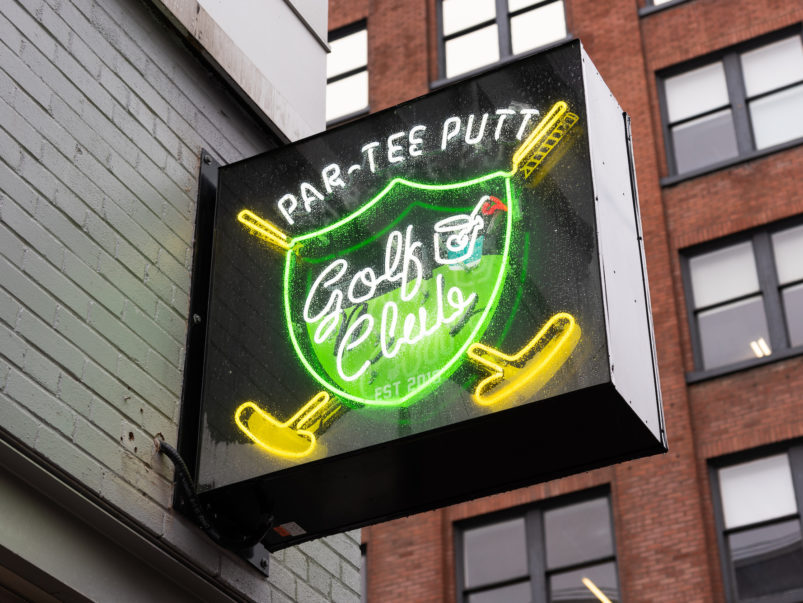 Inside Par-Tee Putt, a new retro minigolf bar in the Entertainment District 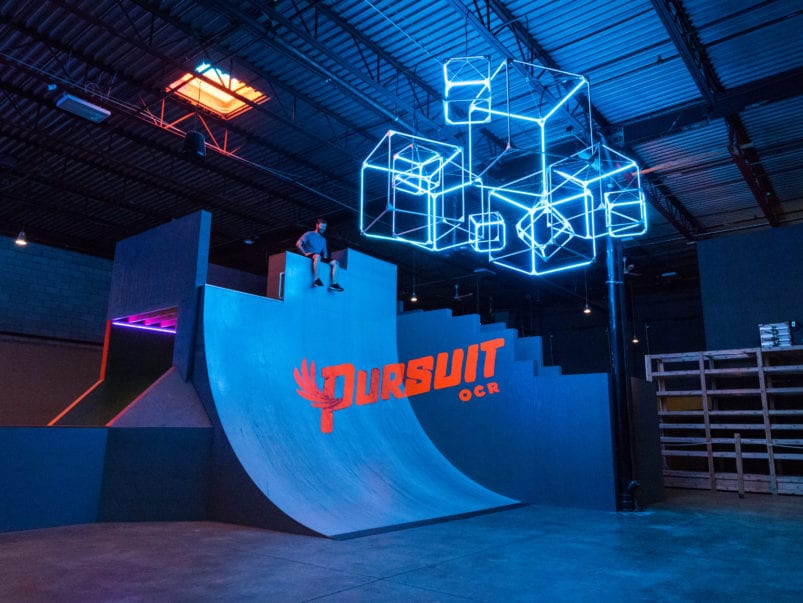 If pick-up soccer in the park isn’t doing it for you these days, Toronto has a new, more fluorescent option: Soccer Glow Kingdom has just opened in Vaughan, and it’s putting a vivid twist on the game. The place was started by Gonzalo San Lucas, along with his mother and step-father, after his four-year-old brother was diagnosed with diabetes last year. The family decided they wanted to start a venture that would encourage kids to stay active. They’re all avid soccer players, and love playing glow-in-the-dark mini putt on weekends, so they decided to combine the two activities. The family spent two months transforming a former indoor playground, building out the various play and party areas, installing black lights and splashing the walls with glow-in-the-dark paint. They also added illuminated Foosball and giant inflatable spheres for bubble soccer. Here’s a look inside (and yes, adults are allowed to play, too). 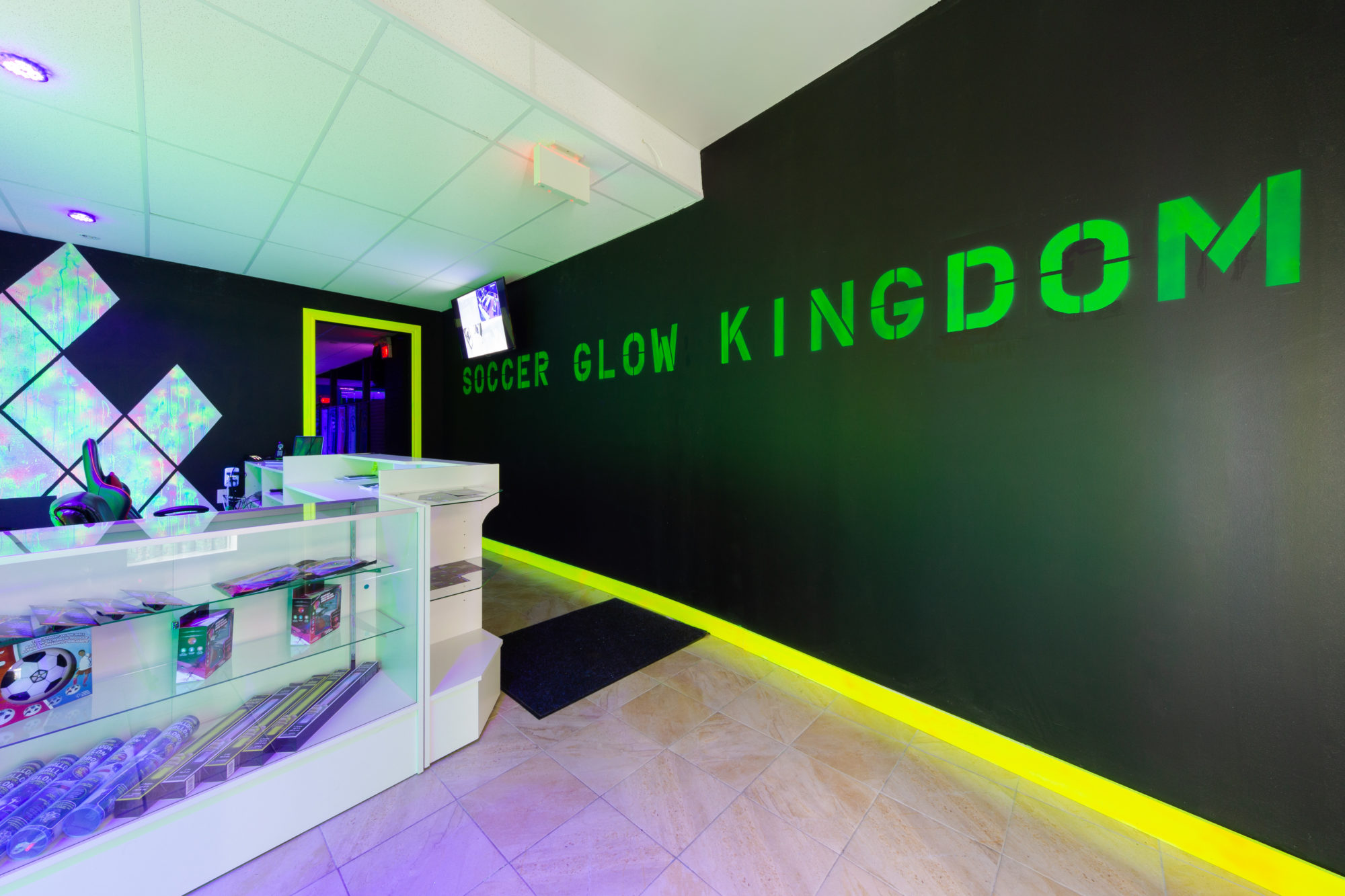 Even the hallways are lit up: 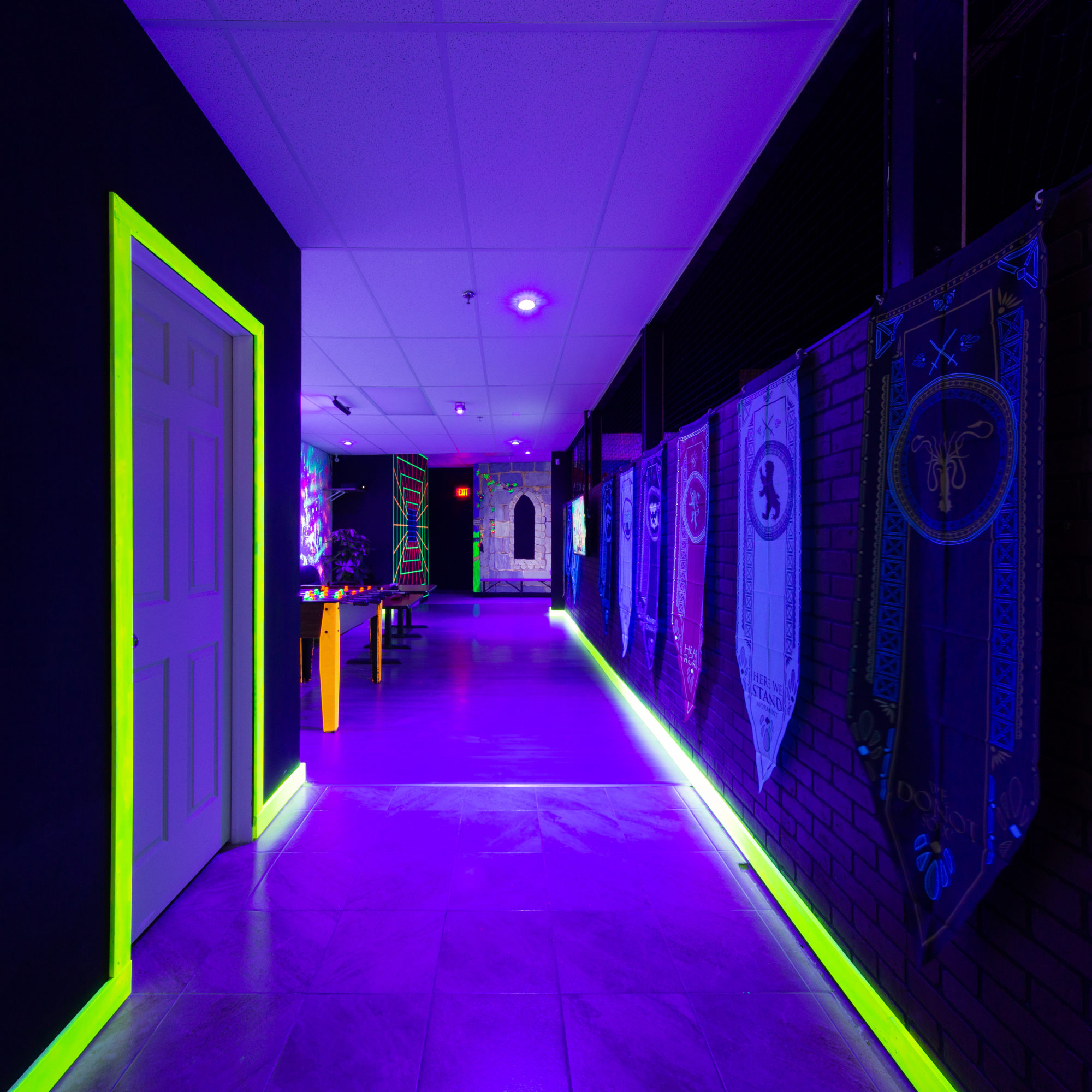 The gaming lounge is included when you book the soccer court, and comes with a Foosball table and an Xbox console with four controllers: 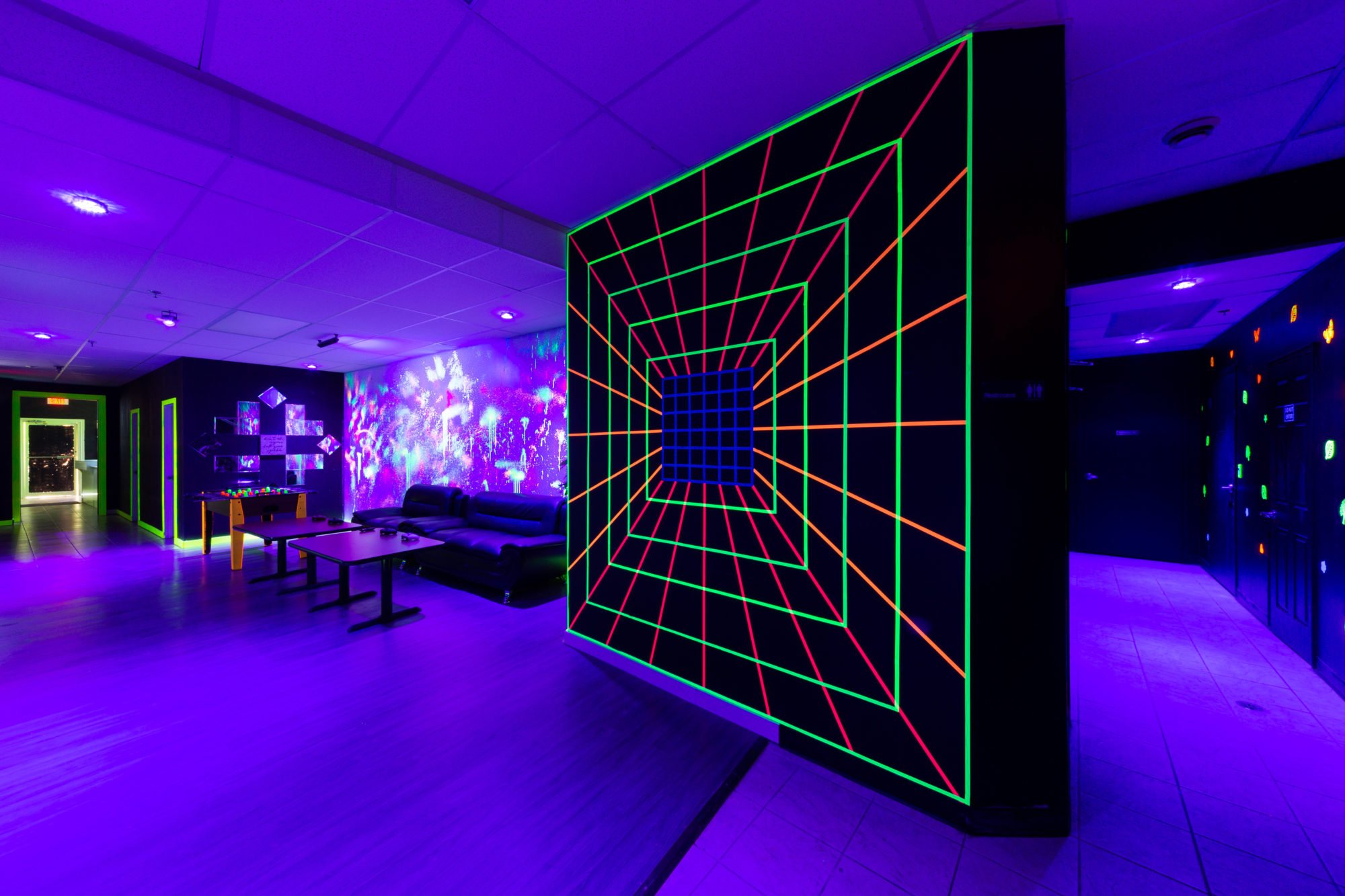 There’s also a hybrid billiards-soccer game, that you play with your feet: 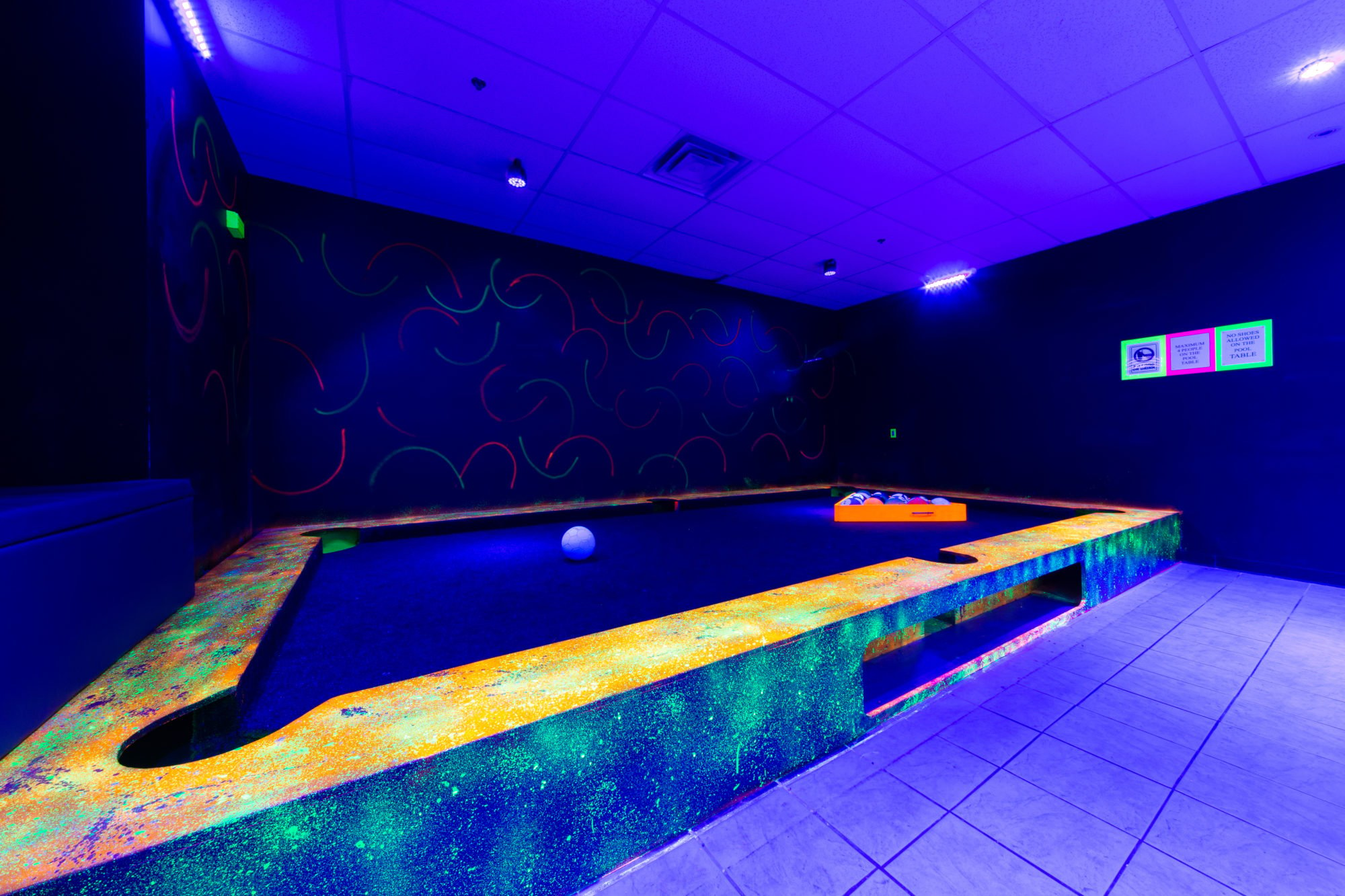 The party room comes with glow-in-the-dark cups and plates. For $650, guests can rent the entire space for three hours (a few party-sized pizzas are included): 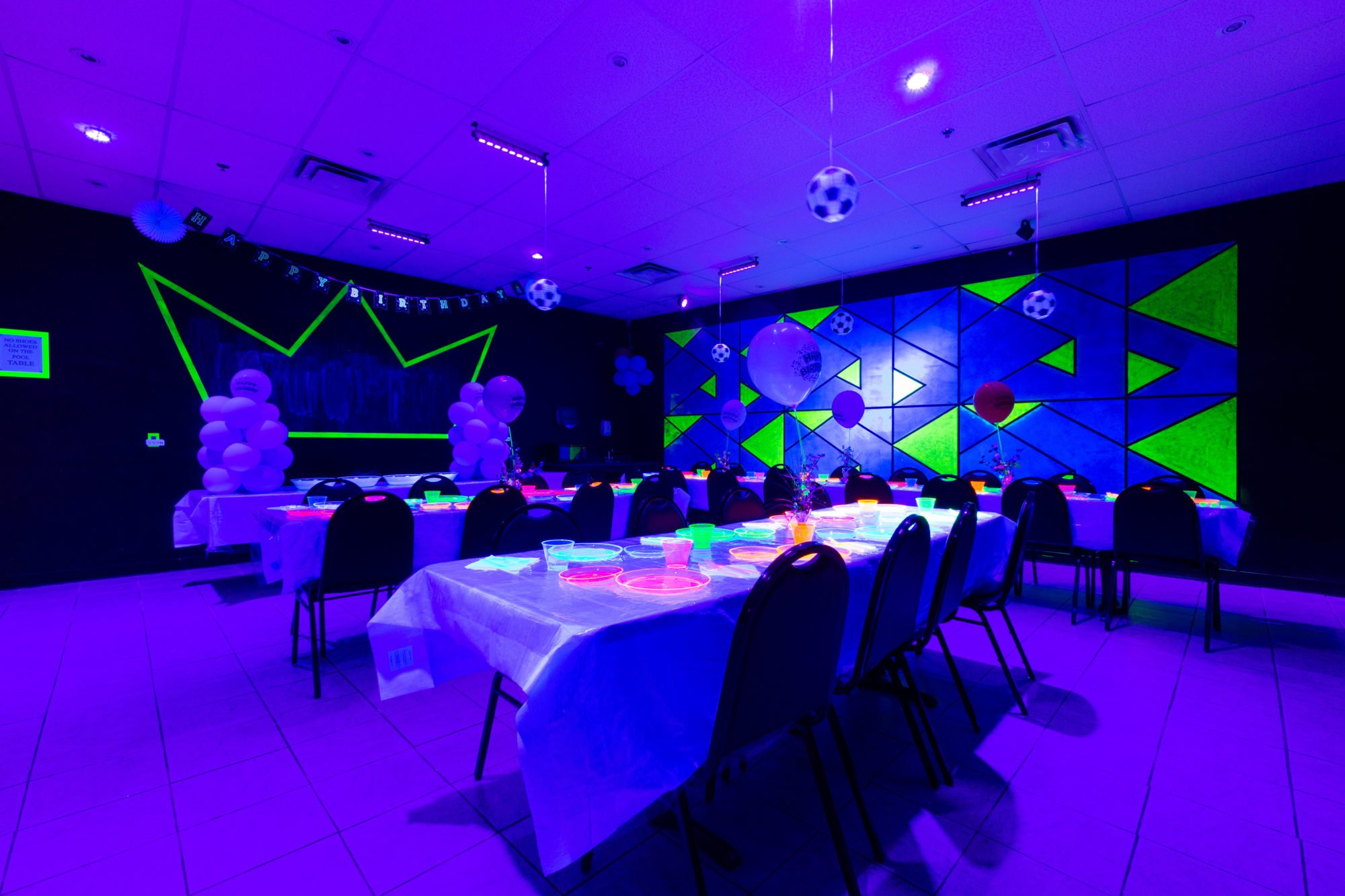 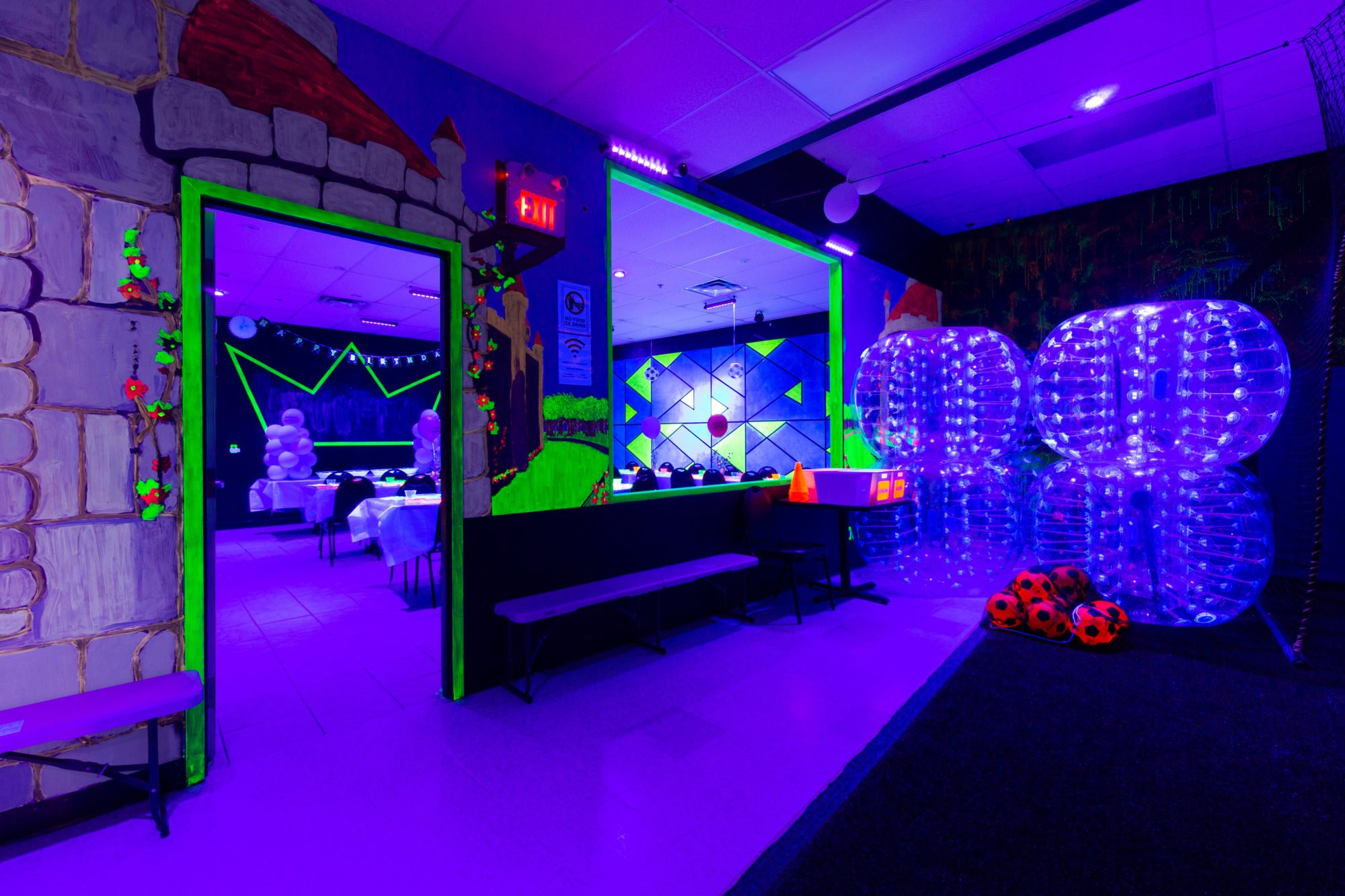 Glow-in-the-dark pinnies are included. Up to eight adults can play at a time: 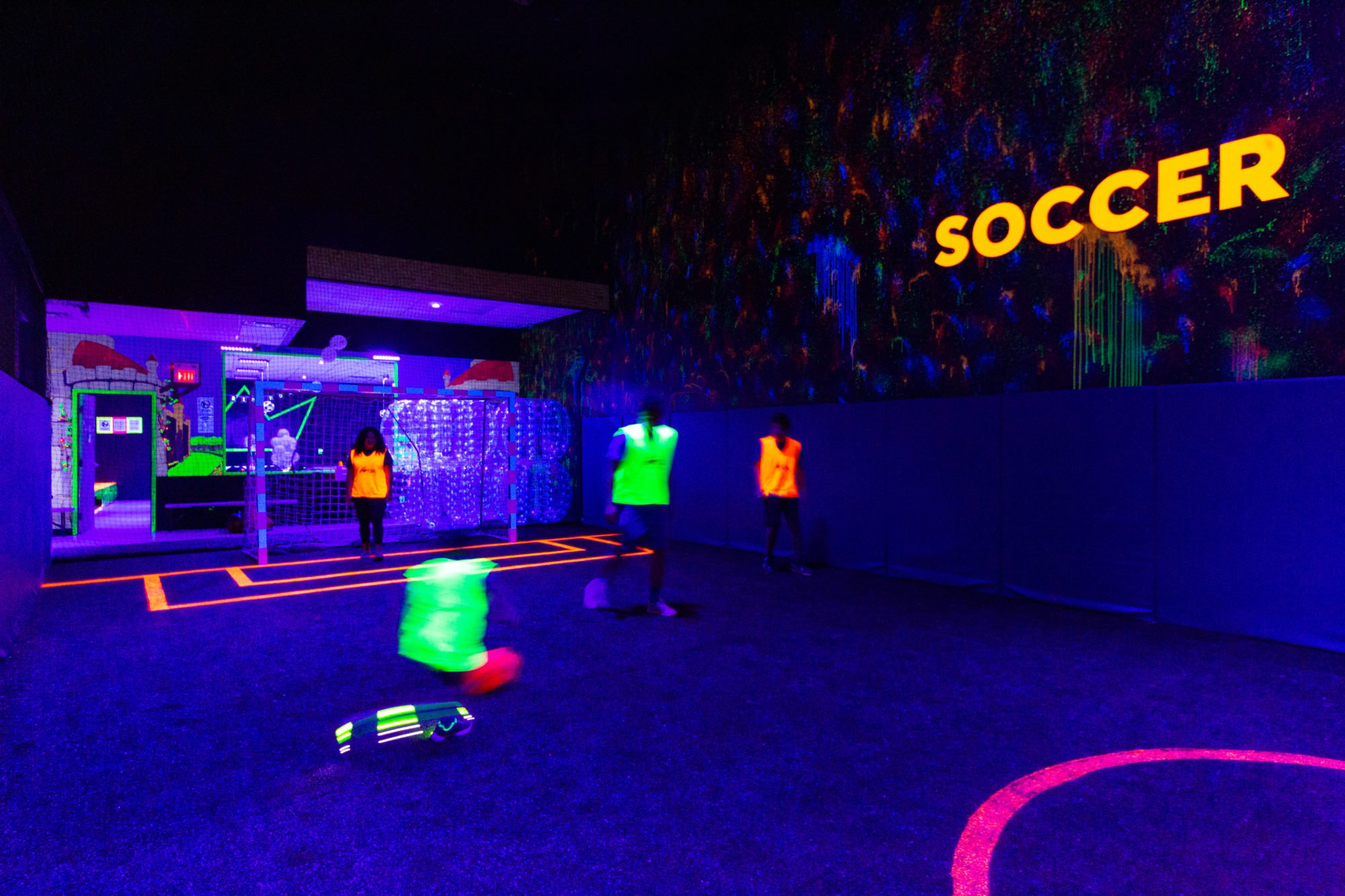 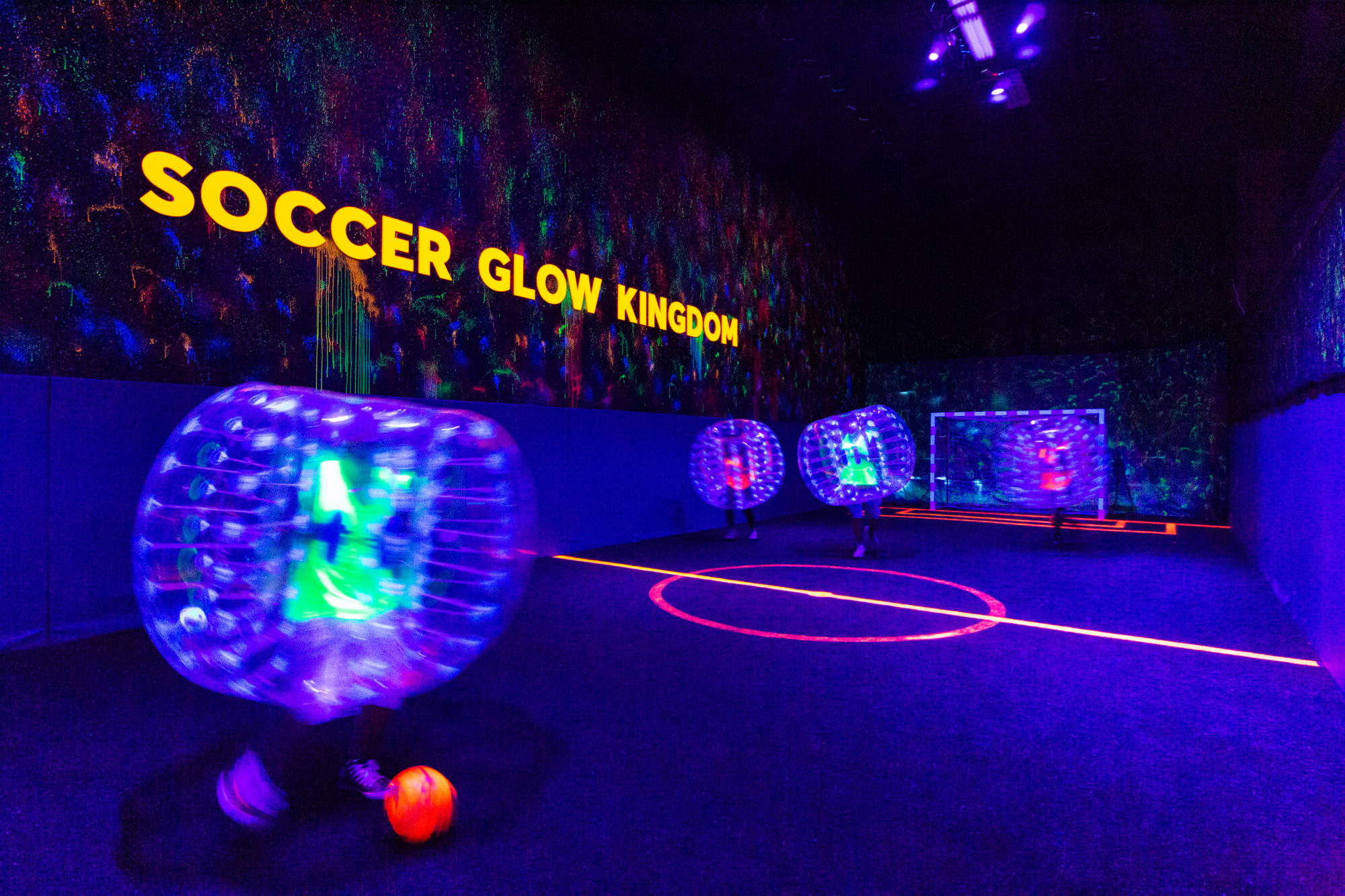