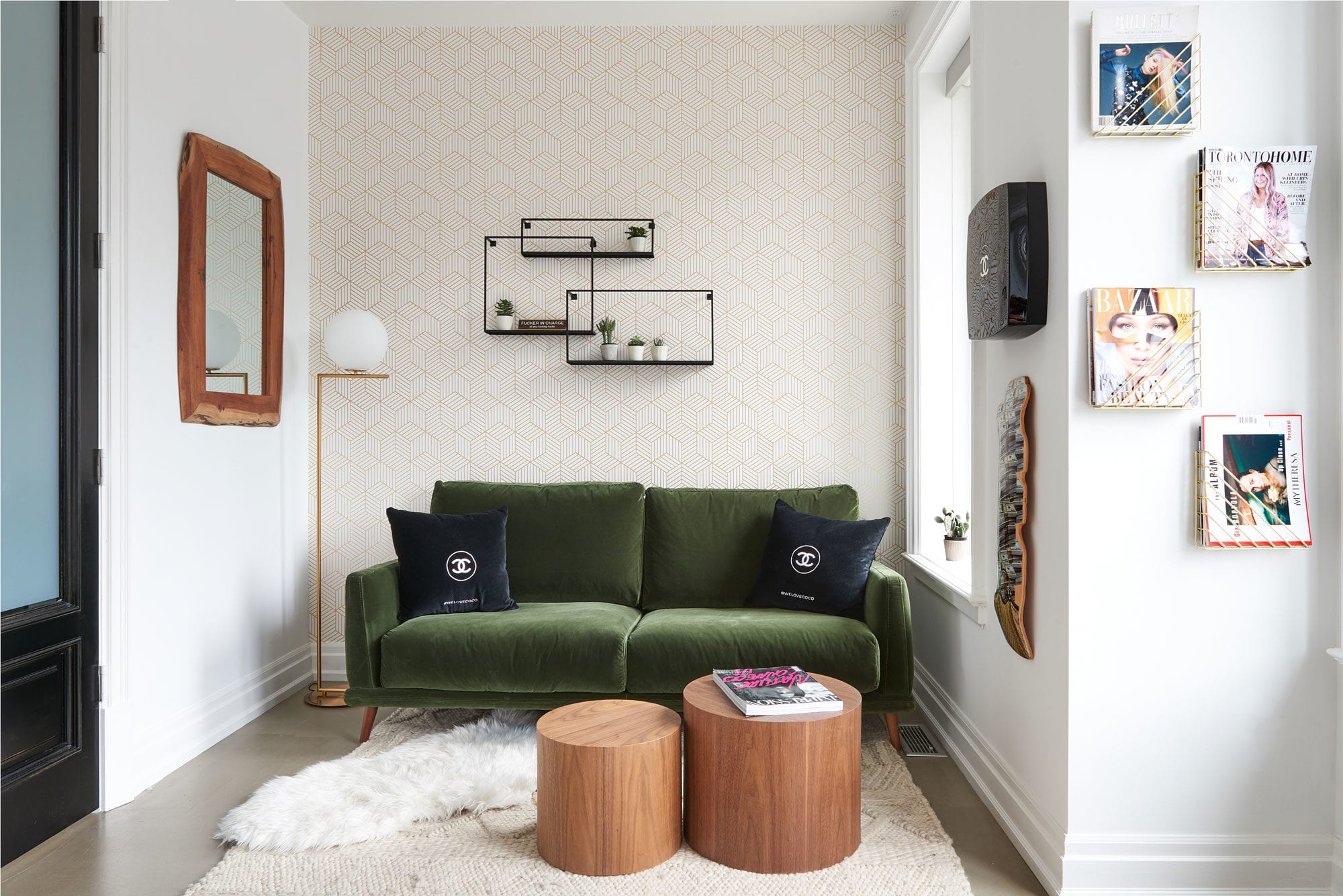 What: Branding and advertising agency Metier Creative’s Toronto outpost
Where: A semi-detached Victorian at Dupont and Davenport
Size: 1,500 square feet for 12 employees

Back in 2010, Stacie Brockman and Erin Kleinberg were running the popular fashion website The Coveteur, which peeked inside the closets of celebrities, supermodels and Instagram influencers. After a successful half-decade in the industry, they wanted to bring their publishing, editorial and social skills to bigger brands, so they launched Métier, a creative agency that offers everything from partnerships to packaging, content creation and community management. Brockman says they reject the traditional, male-dominated Mad Men archetype. “It’s such a stale model,” she says. “I’d describe us more as cool, unconventional tour guides who help brands reach cult status.”

Today, they have an all-female crew of 20 employees split between offices in Manhattan and Toronto. At the end of last year, they relocated their Toronto headquarters from North York to a semi-detached Victorian in the Annex, and spent six months renovating and redecorating. Inspired by designers they follow in Instagram—blogger and designer Amber Lewis, in particular—and their own homes, they created a cozy, laid-back space. “We wanted the office to be a beach-shack-meets-Hamptons-pad,” says Kleinberg. They painted the walls white, added funky wallpaper and worked with brands like Structube and Wayfair Professional to fill the space with trendy furniture and decor (think green velvet couches, Moroccan rugs and geometric light fixtures). Brockman and Kleinberg desperately wanted to stay away from the industrial startup vibe: they say they’ll never bring in a ping pong table or offer beer on tap (they prefer cocktails and candy buffets). “We’re a tight-knit family and love that our office is a home away from home,” says Brockman.

This is the entranceway. It used to be covered in old-school Ralph Lauren wallpaper, but now it’s Kleinberg’s favourite part of the space: “It’s amazing what a difference new wallpaper and a light can make.” 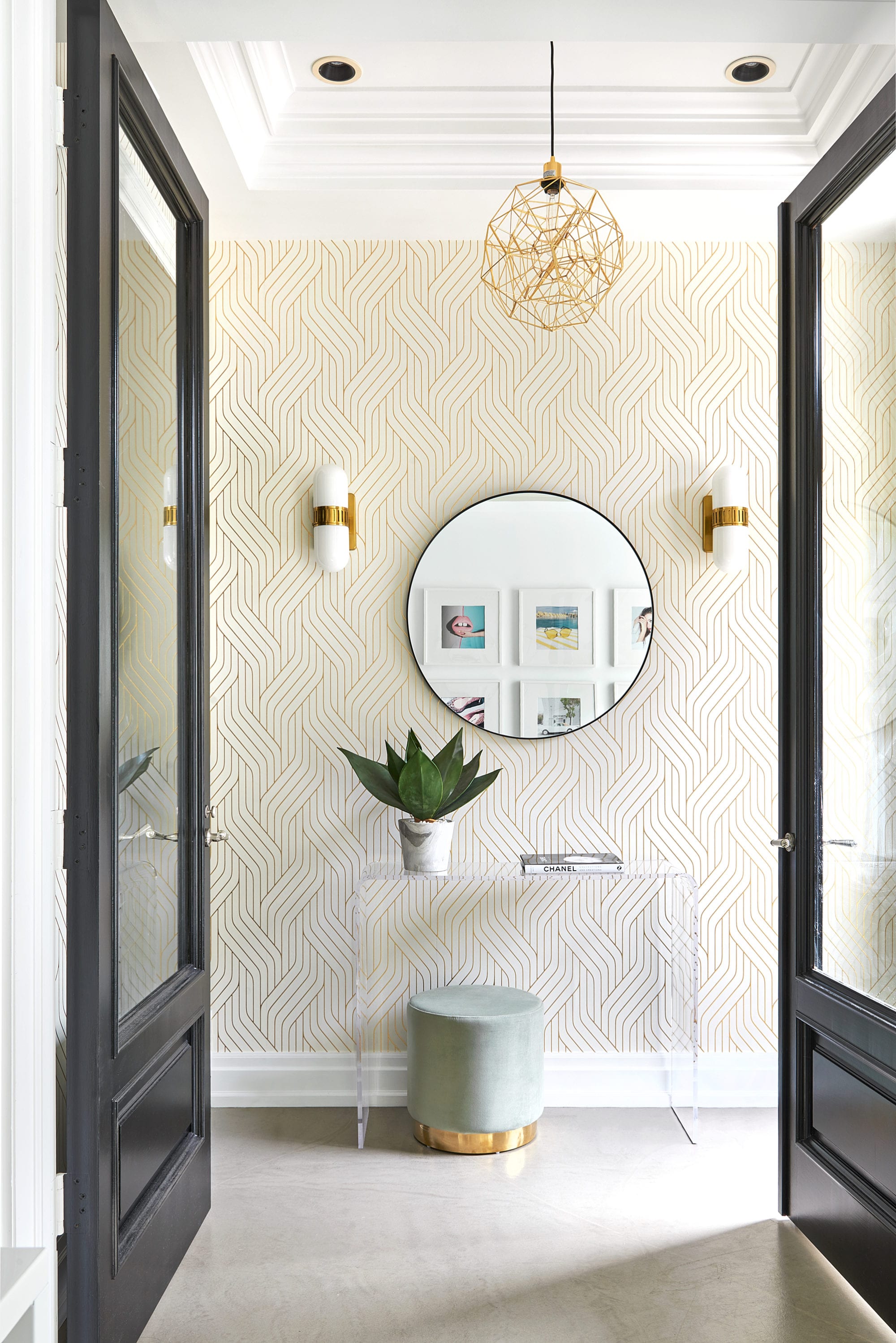 The walls are covered in ads the company shot for brands like Stuart Weitzman, Dior Beauty and Ouai. “I have a picture we took of Lauryn Hill. It always makes me happy,” says Kleinberg: 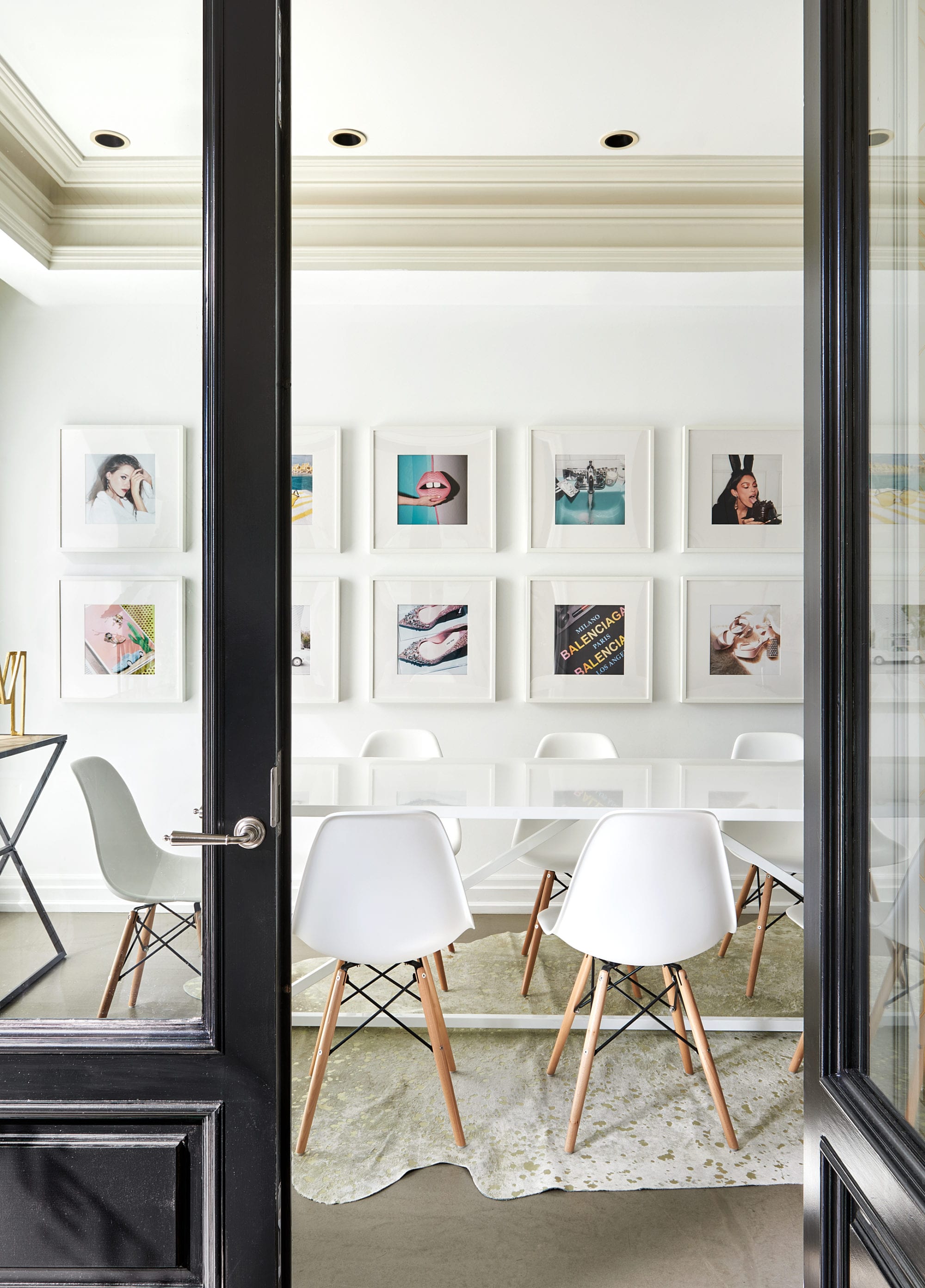 The former living room was turned into a light-filled boardroom, with a healthy fig tree. Brockman and Kleinberg worked with Danielle Sucher and Kyle Gordon of DS Interiors to transform the space into a functional office: 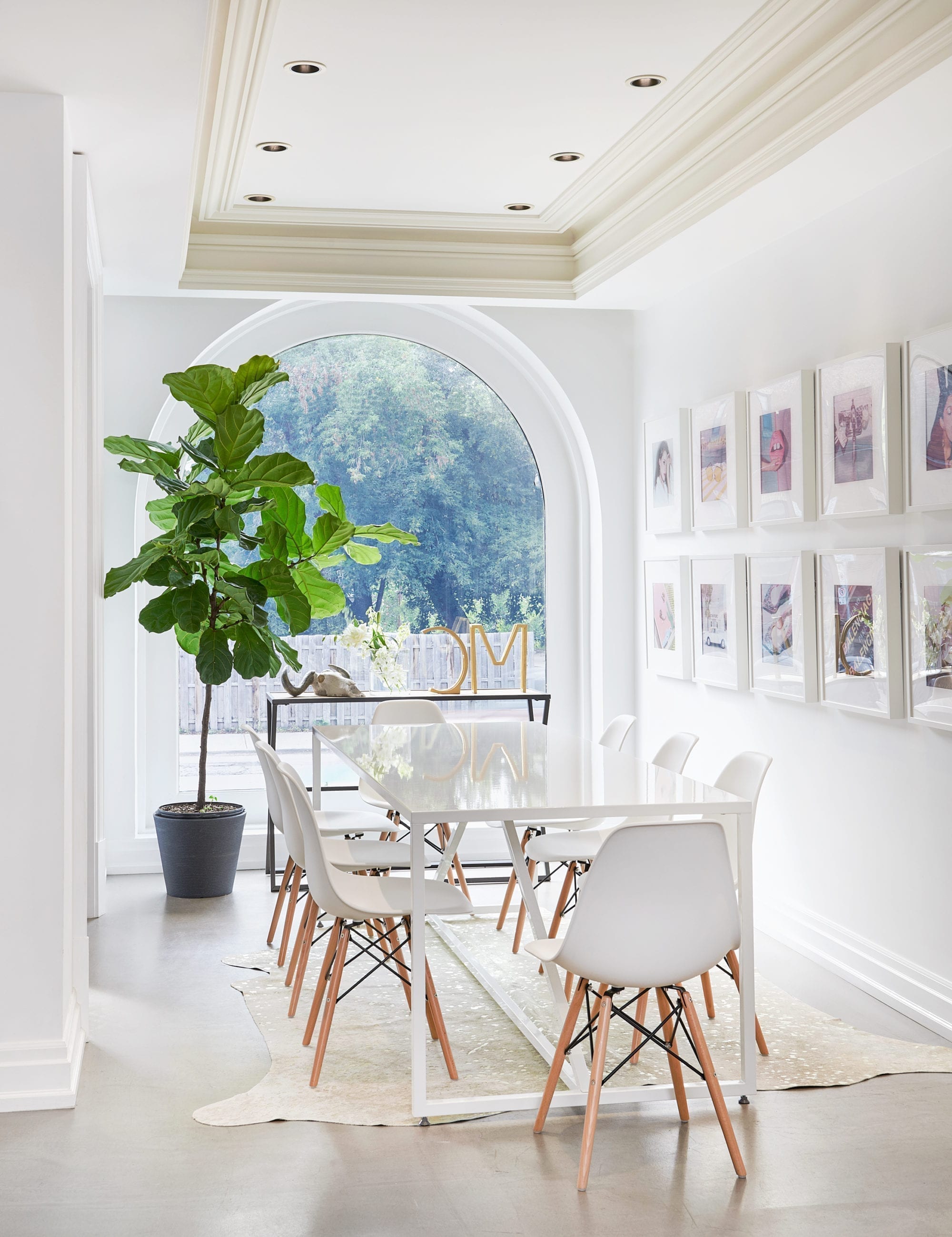 This corner feels like Palm Springs. “We’re allergic to a white studio space,” says Kleinberg. “We need texture and inspiration all around us.” 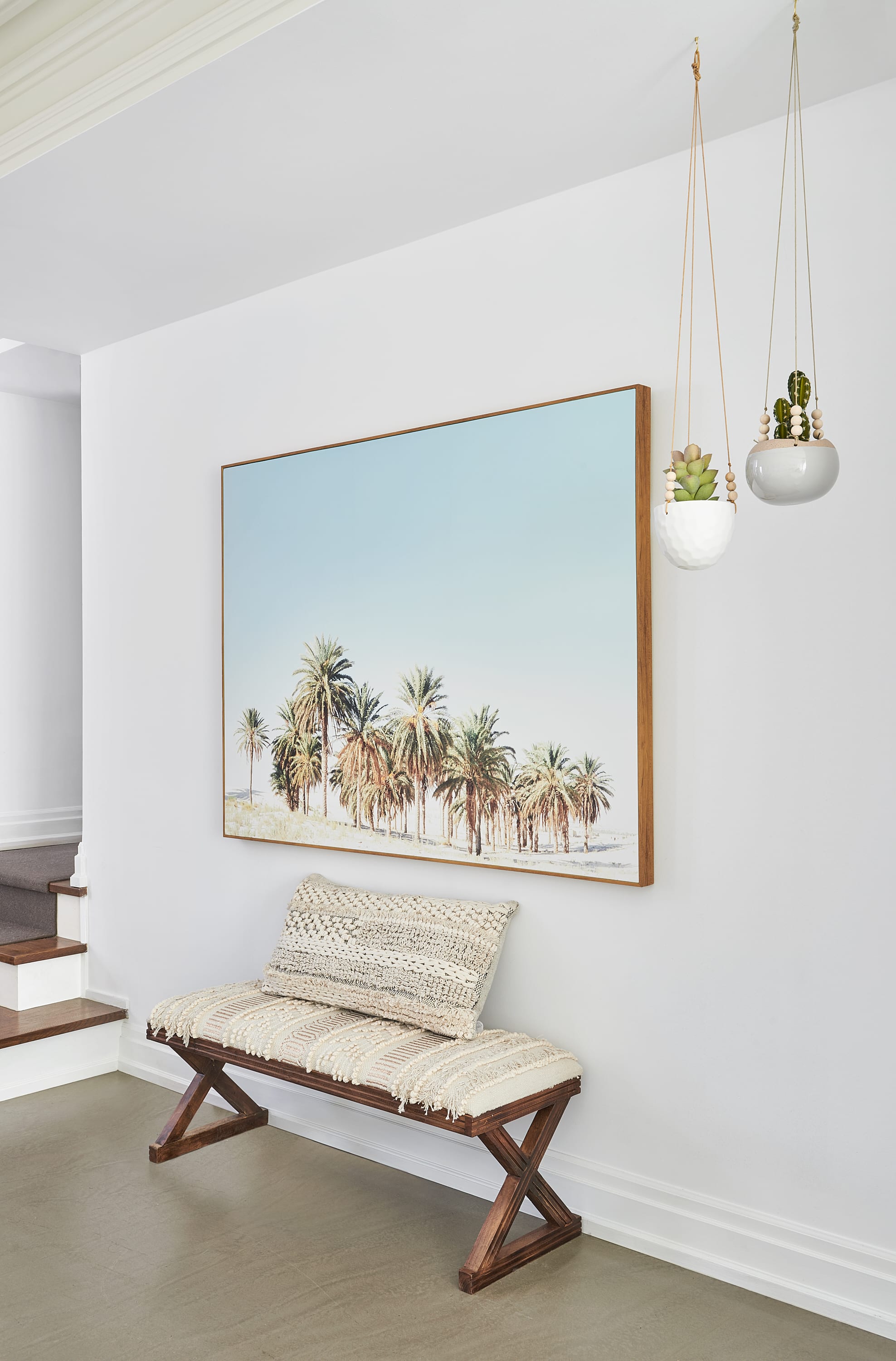 This cute nook is used for informal meetings: 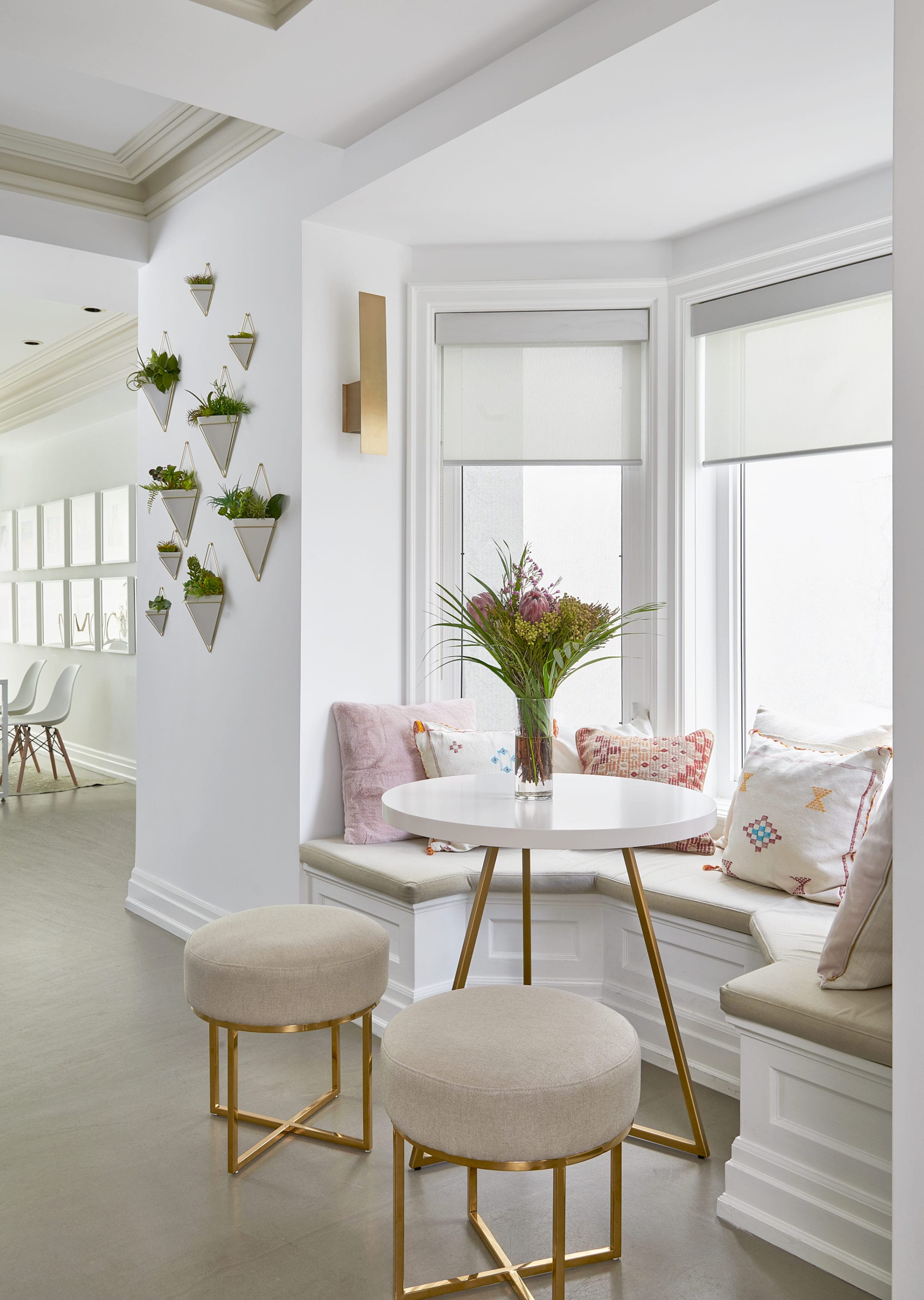 The art team works from the back room of the first floor: 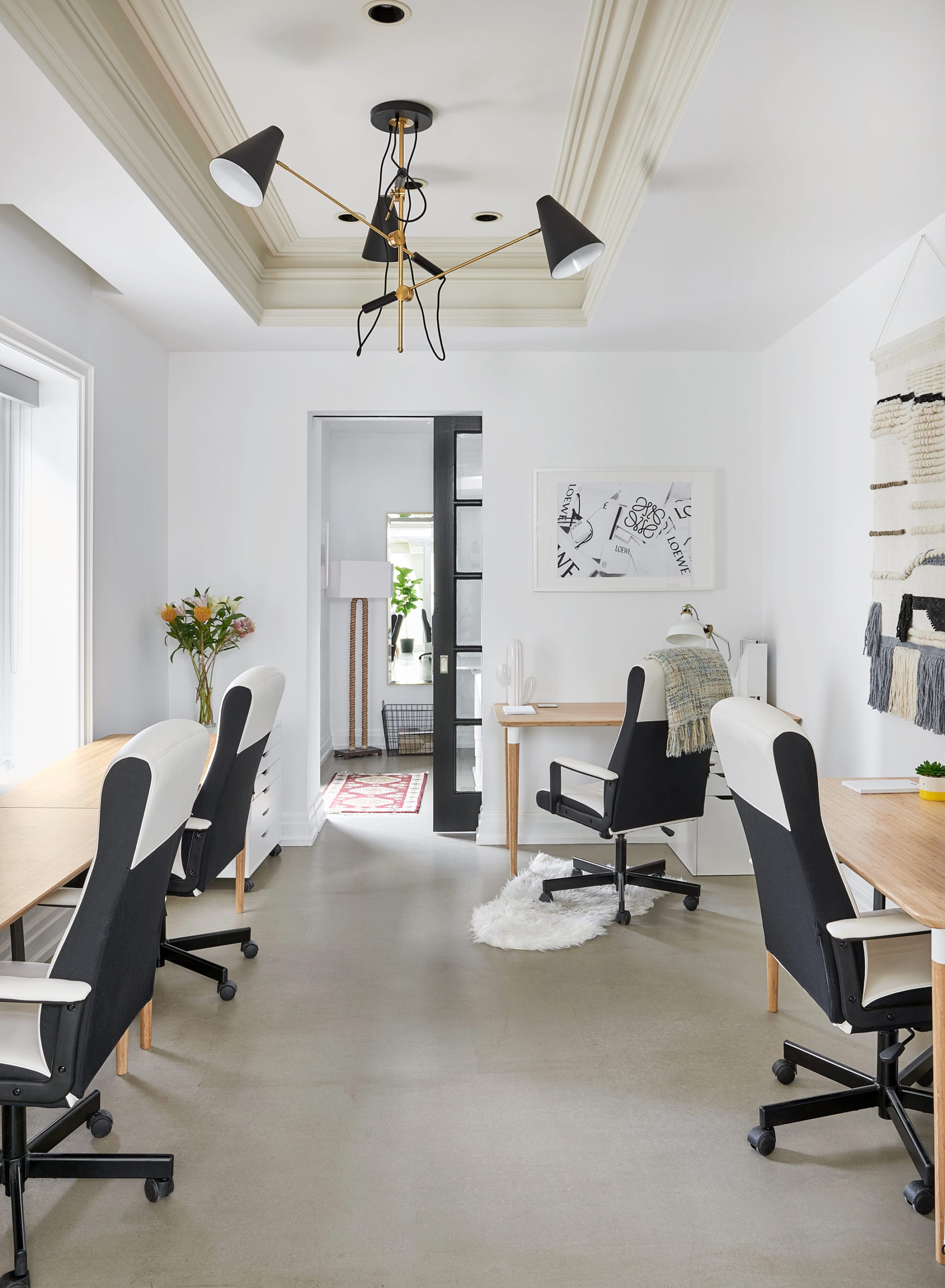 Kleinberg’s office is upstairs. She heads the Toronto team, while Brockman is in charge of their New York digs. Kleinberg loves the photo of Cindy Crawford, which was shot in her own Toronto home (we featured it last year): 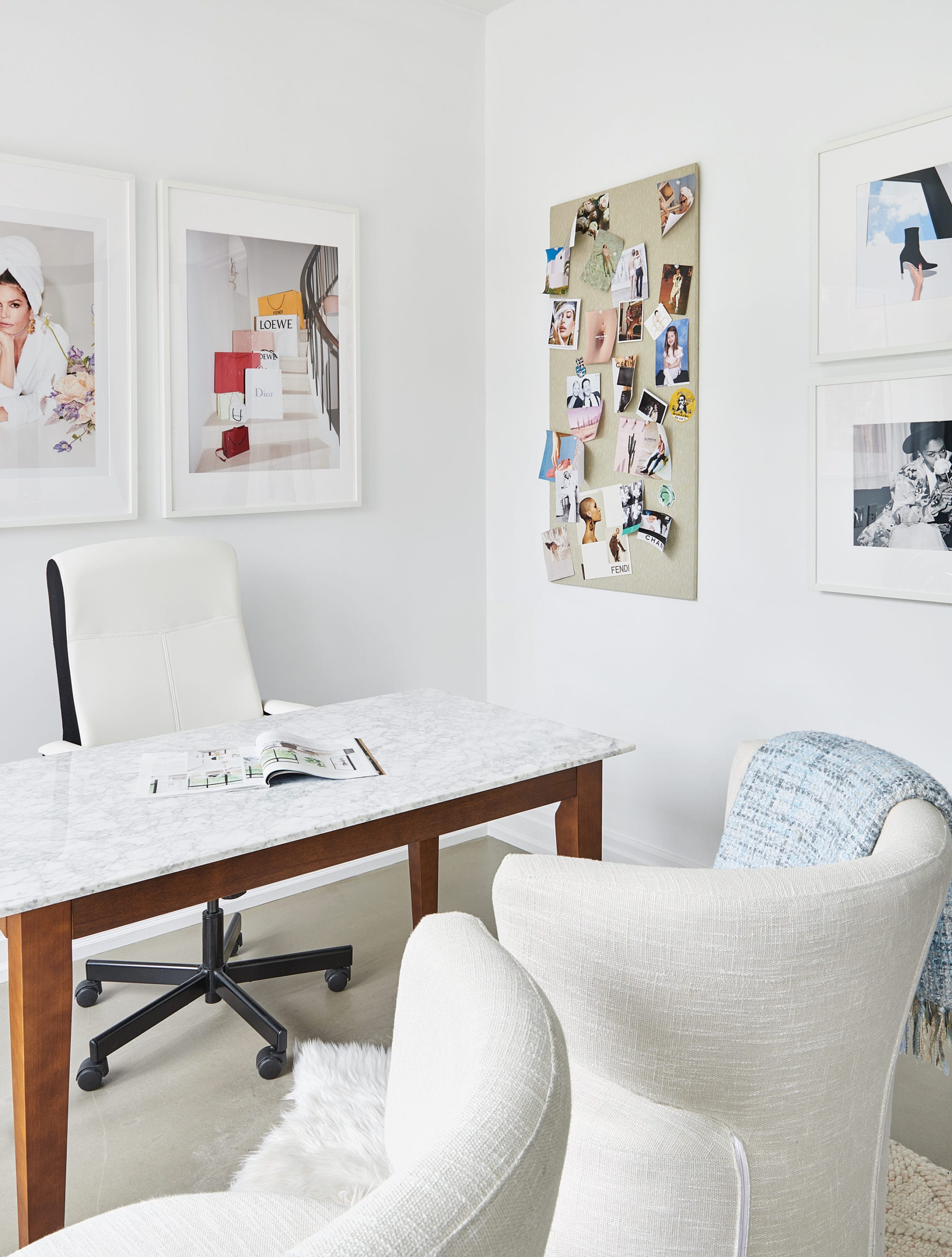 Stylish office space aside, there are plenty of perks: the team just went on a holiday sleepover to the Four Seasons, and there’s a tattoo artist that comes to staff parties: 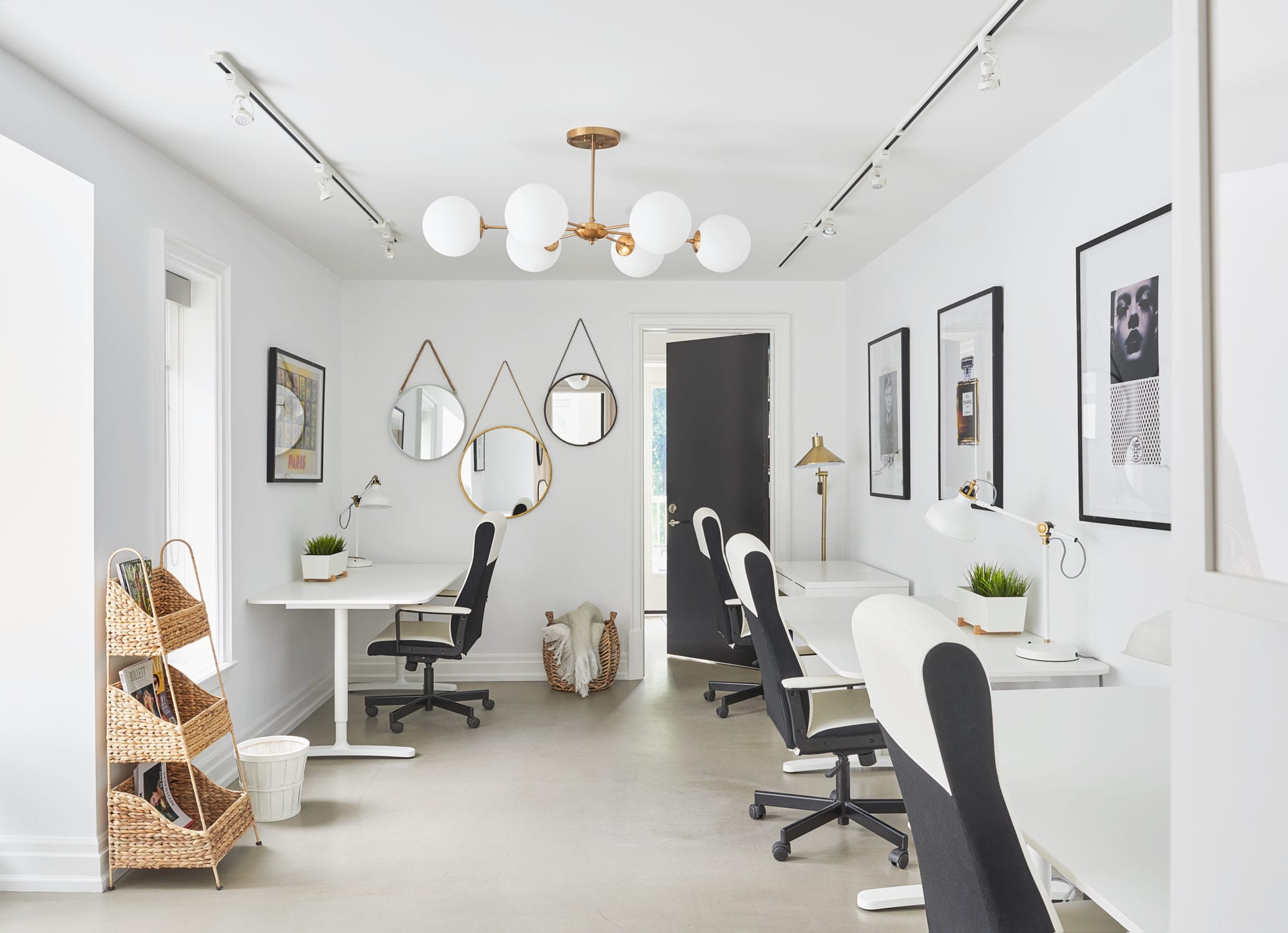