Inside Eye Candy, Toronto’s newest pop-up museum, with a pizza room and a private jet booth

Inside Eye Candy, Toronto’s newest pop-up museum, with a pizza room and a private jet booth

Toronto’s latest Instagrammable pop-up is a maze of boldly patterned rooms inside a hot pink storefront at Queen and Spadina. Set designer Alanna Davey teamed up with Honeycomb Hospitality to bring her technicolor vision to life. She styled each picture-perfect booth with trippy decals, fun wallpaper and playful props (think giant rainbows and life-size chess pieces). And, crucually, she installed LED lighting in all the booths to make sure they were selfie-ready. Here’s a look inside the space.

Each room was built off-site by Davey’s husband’s construction company, INTOR Construction Inc. They were designed to be easily transportable: 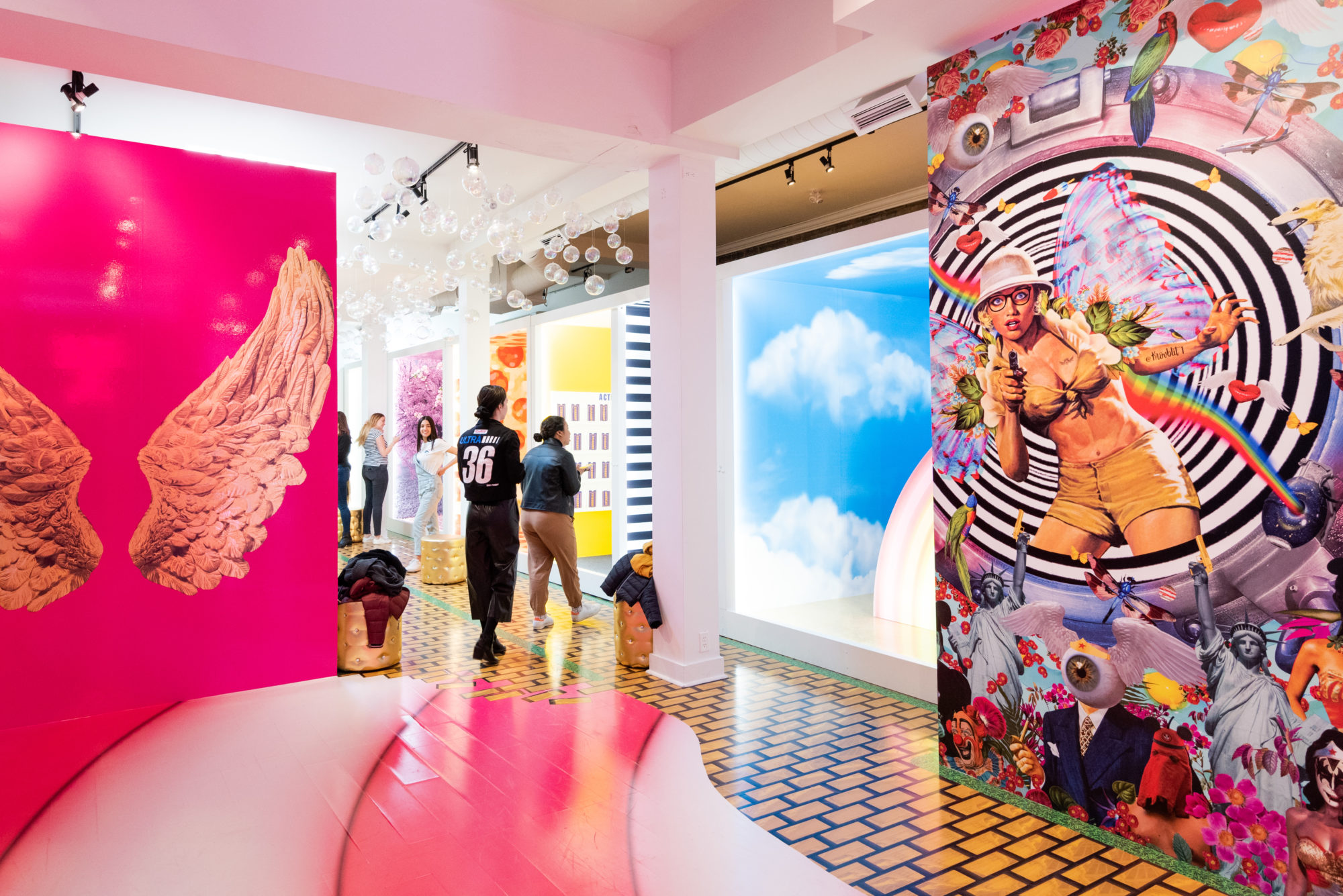 The rainbow room was inspired by a giant installation Davey saw at Burning Man, where people could walk on top of the structure. Since she was short on space, she used a mirror to give the illusion of a full rainbow: 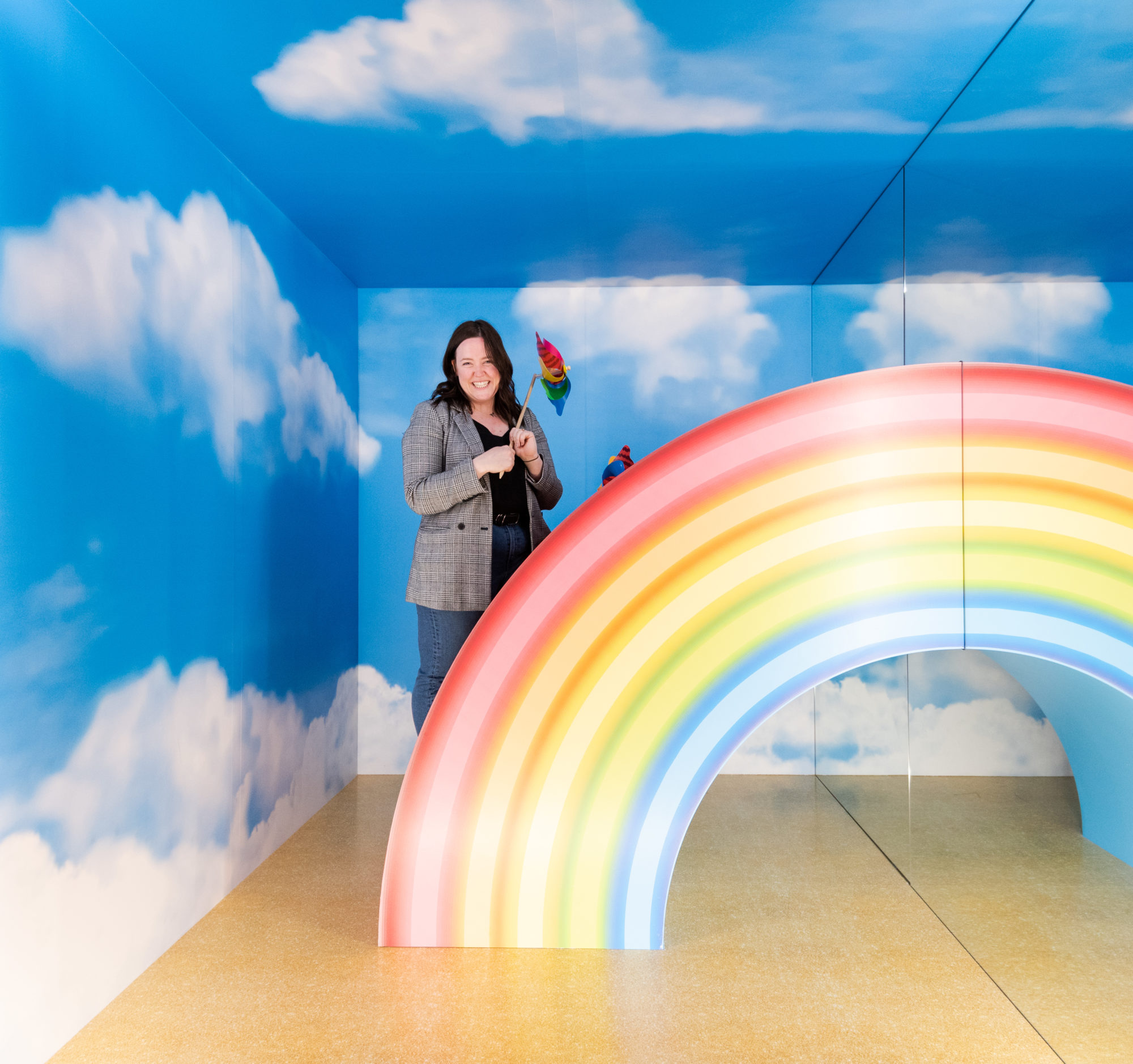 This room is one giant optical illusion. Davey handmade all the candies (unfortunately, you can’t eat them) and gilded the frame: 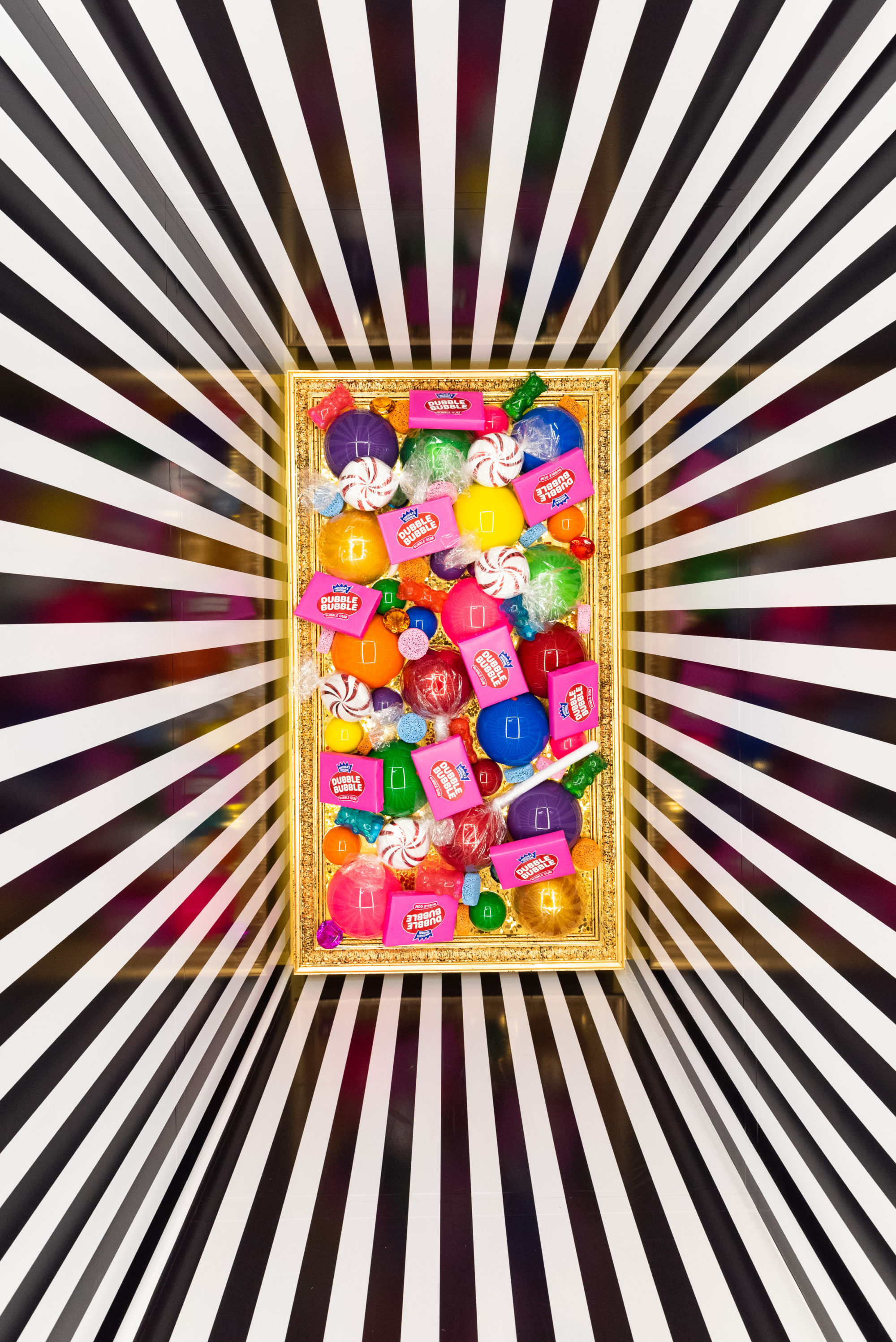 Davey is obsessed with details, so she put fluorescent lighting on the ceiling of the Blockbuster room to make it feel more like the real thing. (Don’t worry: it’s not on, so it won’t ruin your pictures.) The movie cases have real VHS tapes inside: 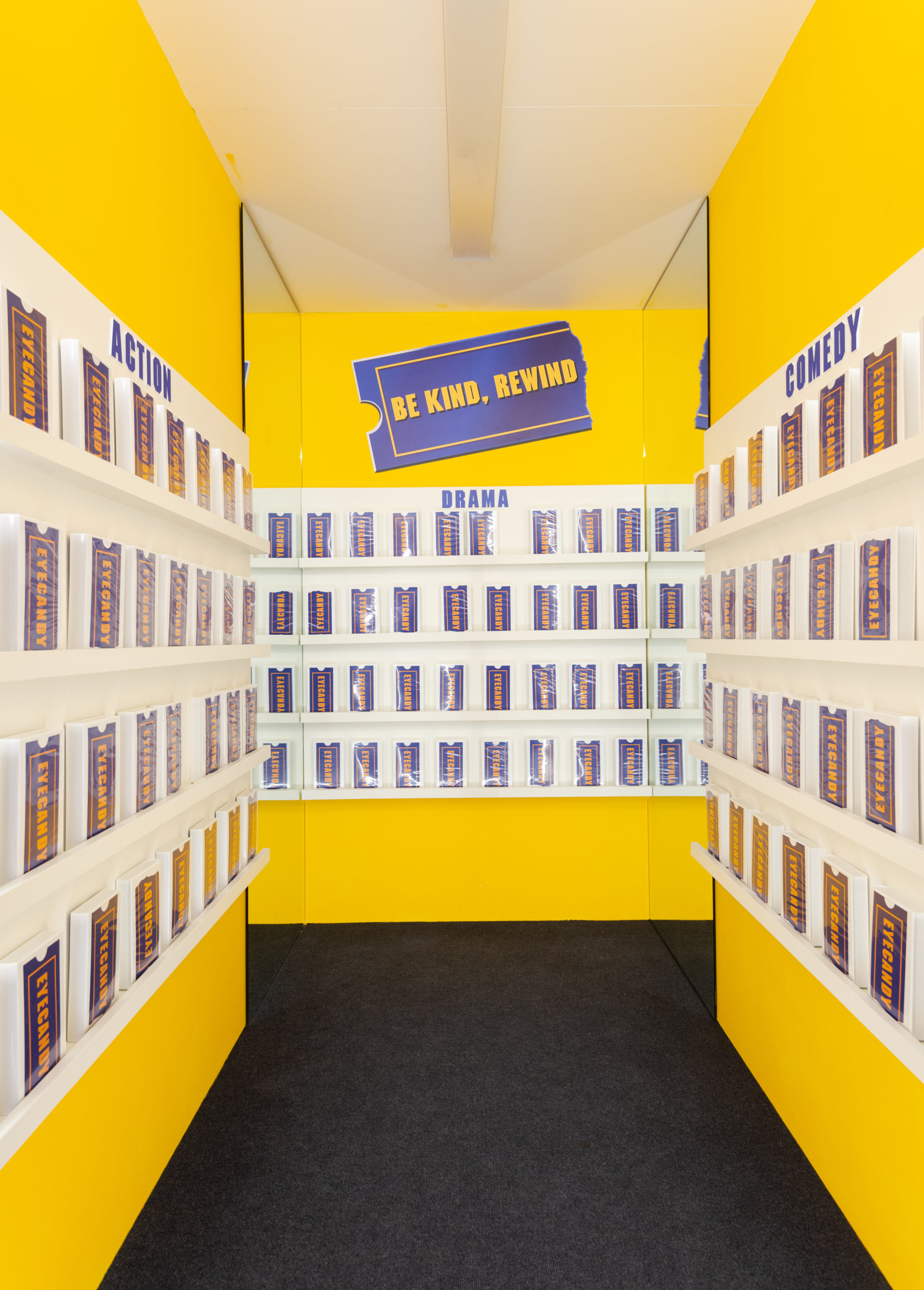 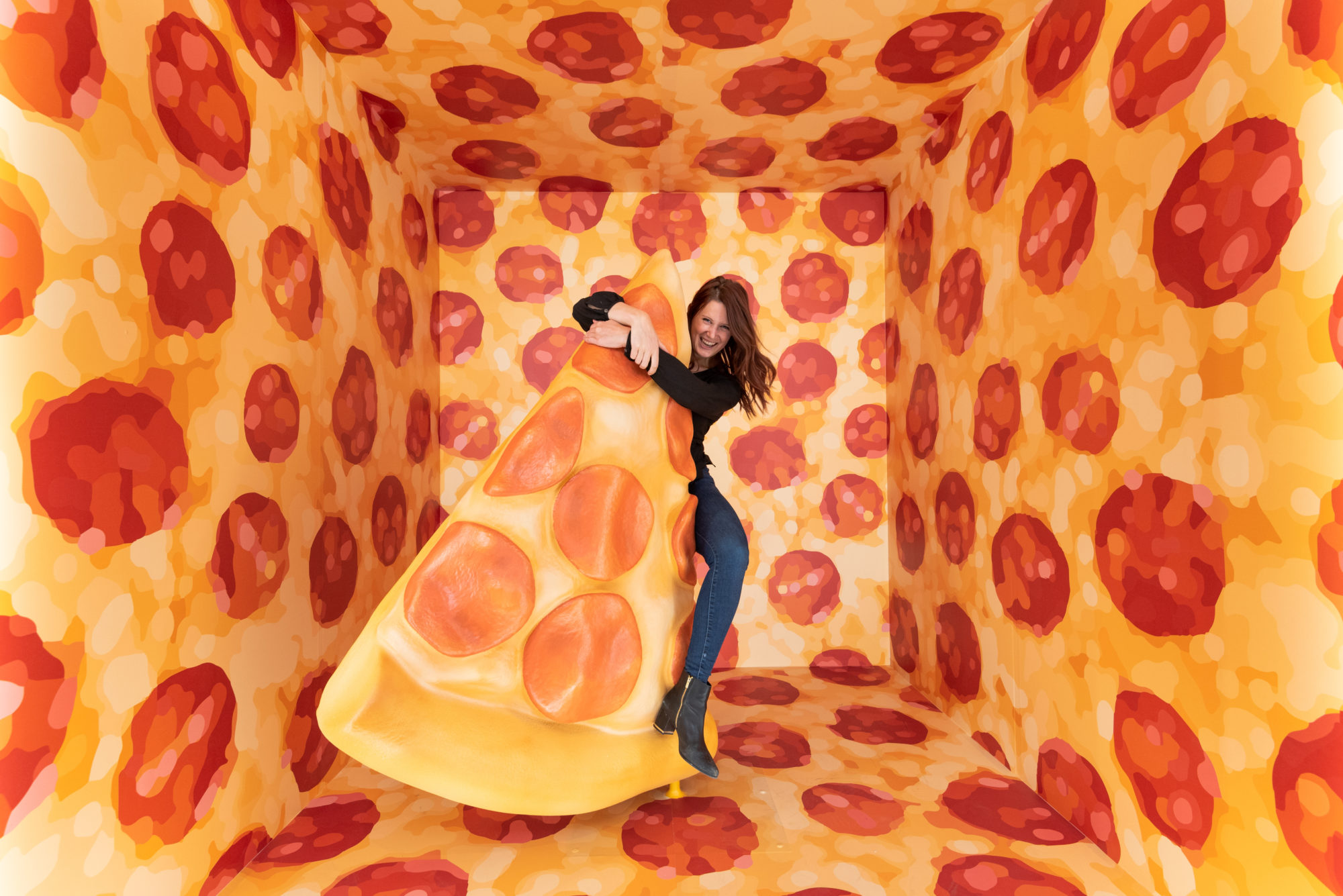 If you want to save yourself a trip to High Park, this room is decked out with cherry blossoms that mimic the real deal: 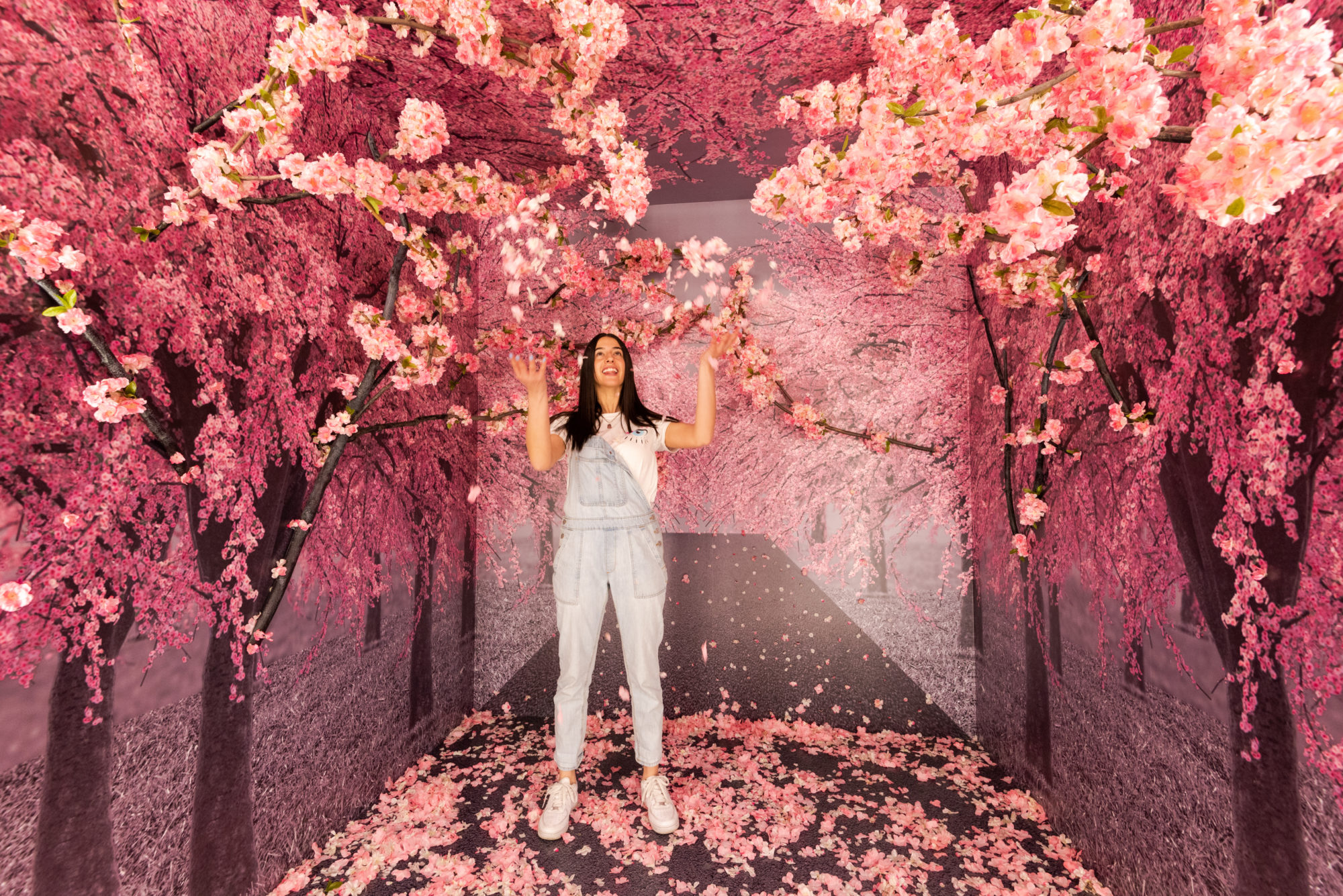 This leopard-print booth is an homage to fashion photographer David LaChapelle: 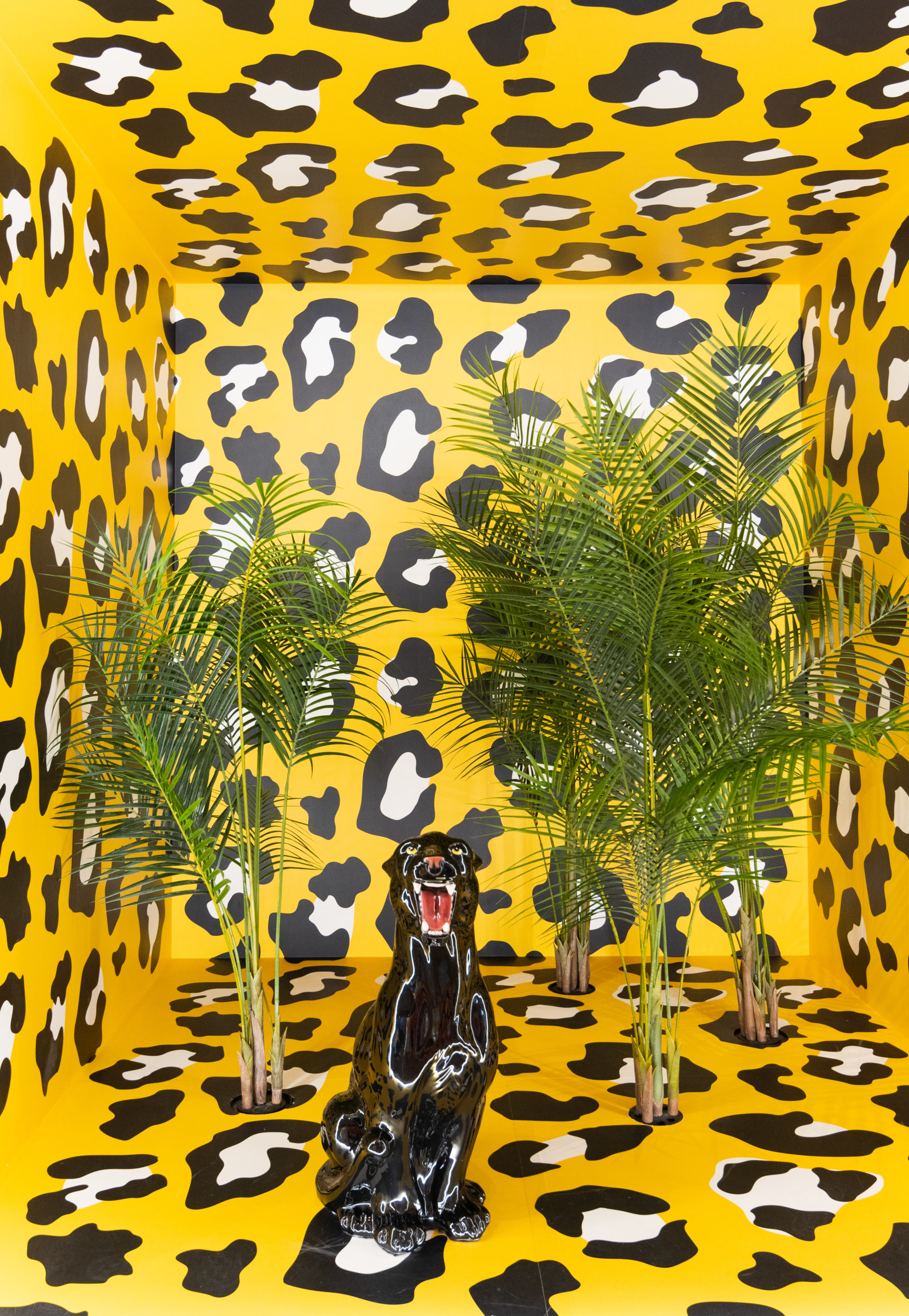 Sia’s “Chandelier” was the inspiration for this disco ball swing. Apparently it’s great for boomerangs: 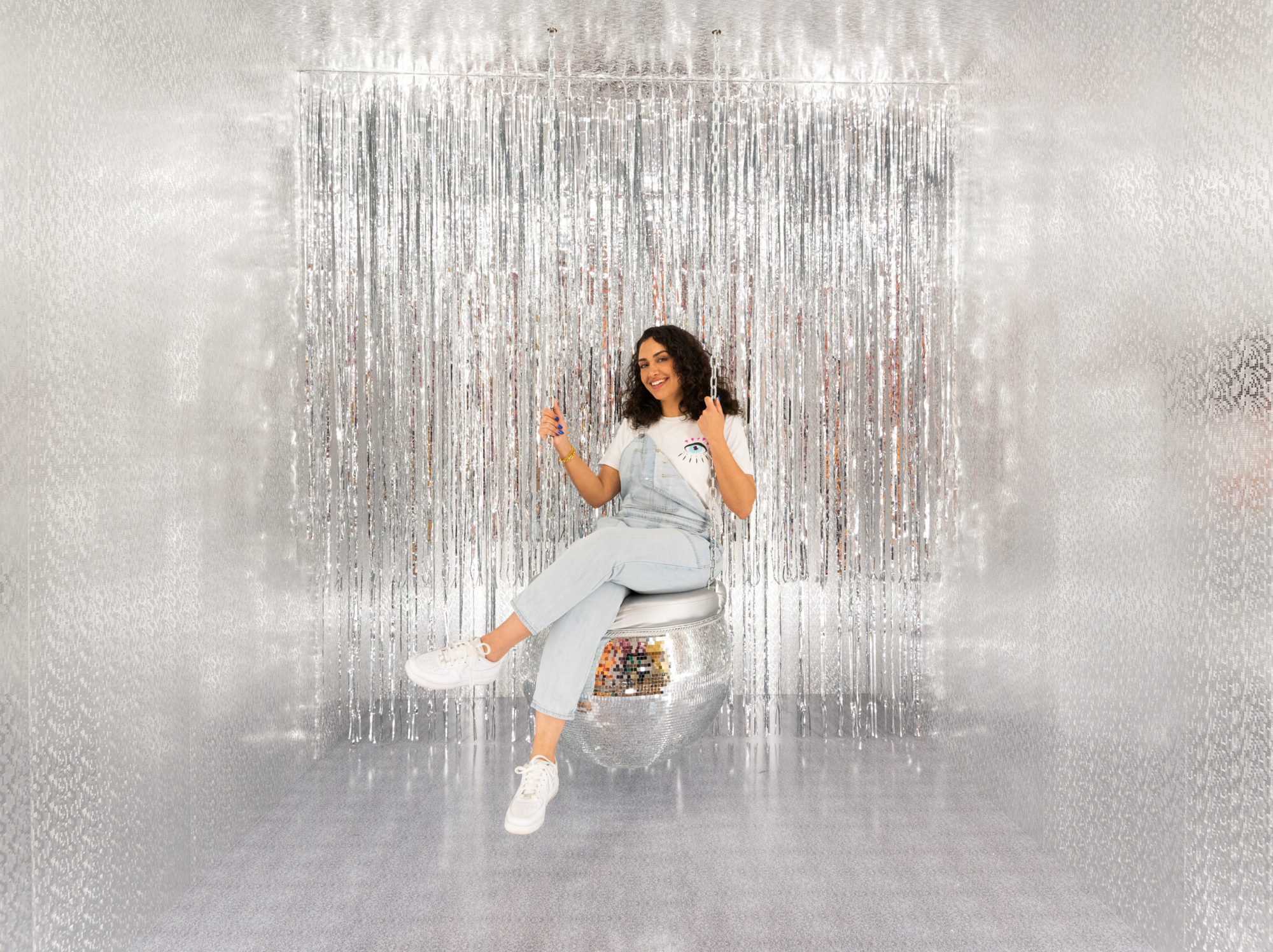 The pathway between the booths was designed to look like the yellow brick road from The Wizard of Oz: 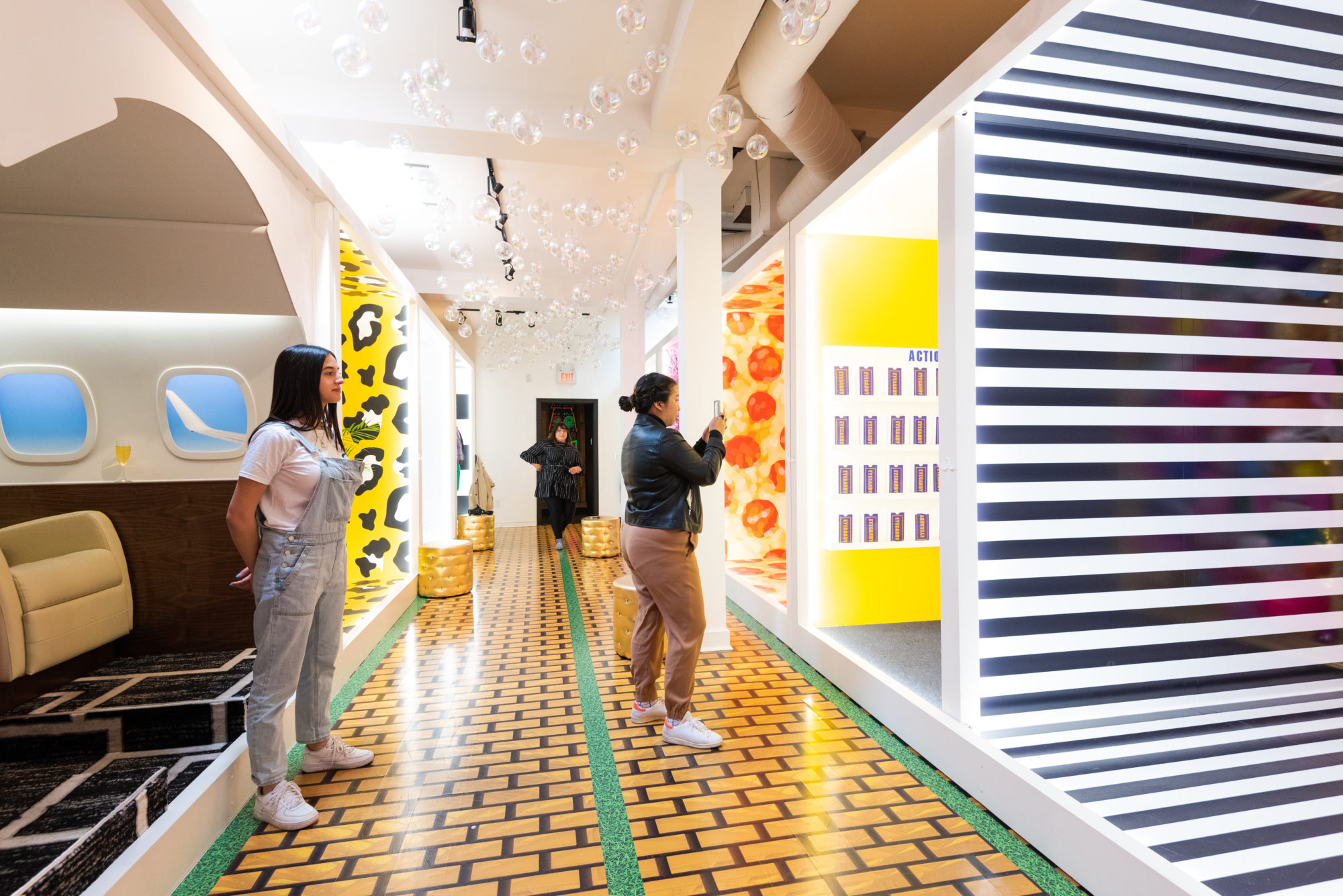 This room is also Wizard of Oz–themed; it’s inspired by the Emerald City: 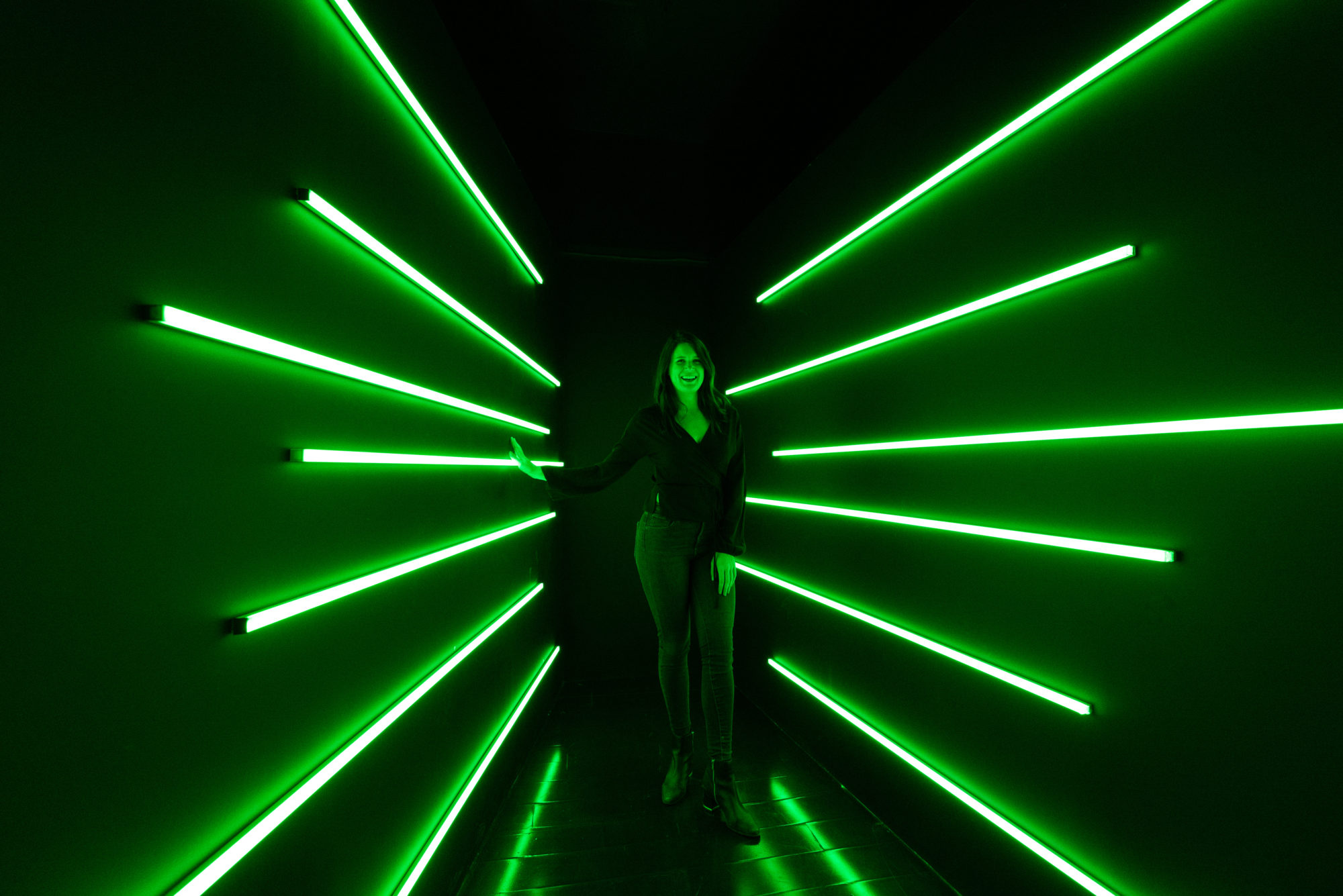 They saved the best for last: the private jet booth: 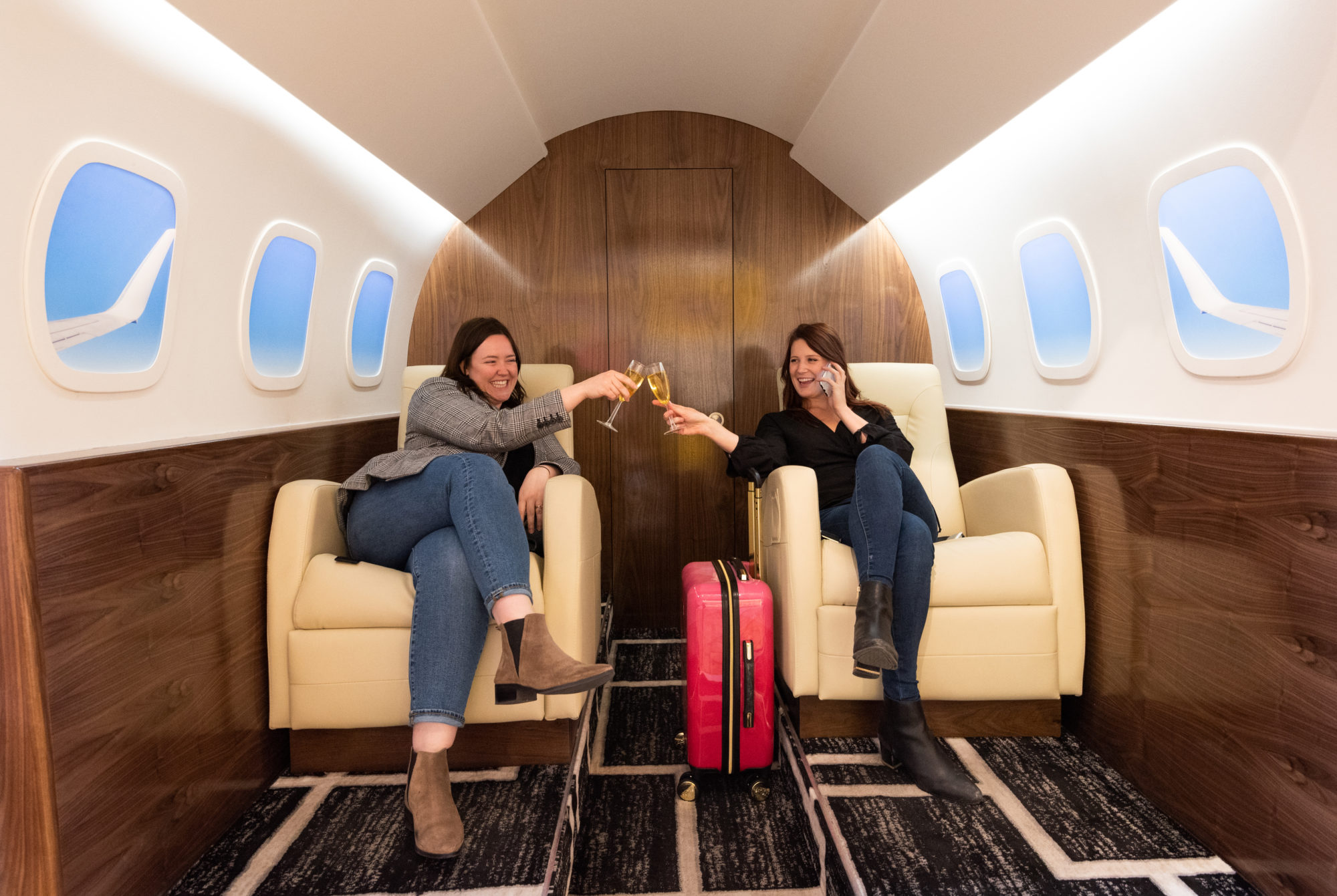 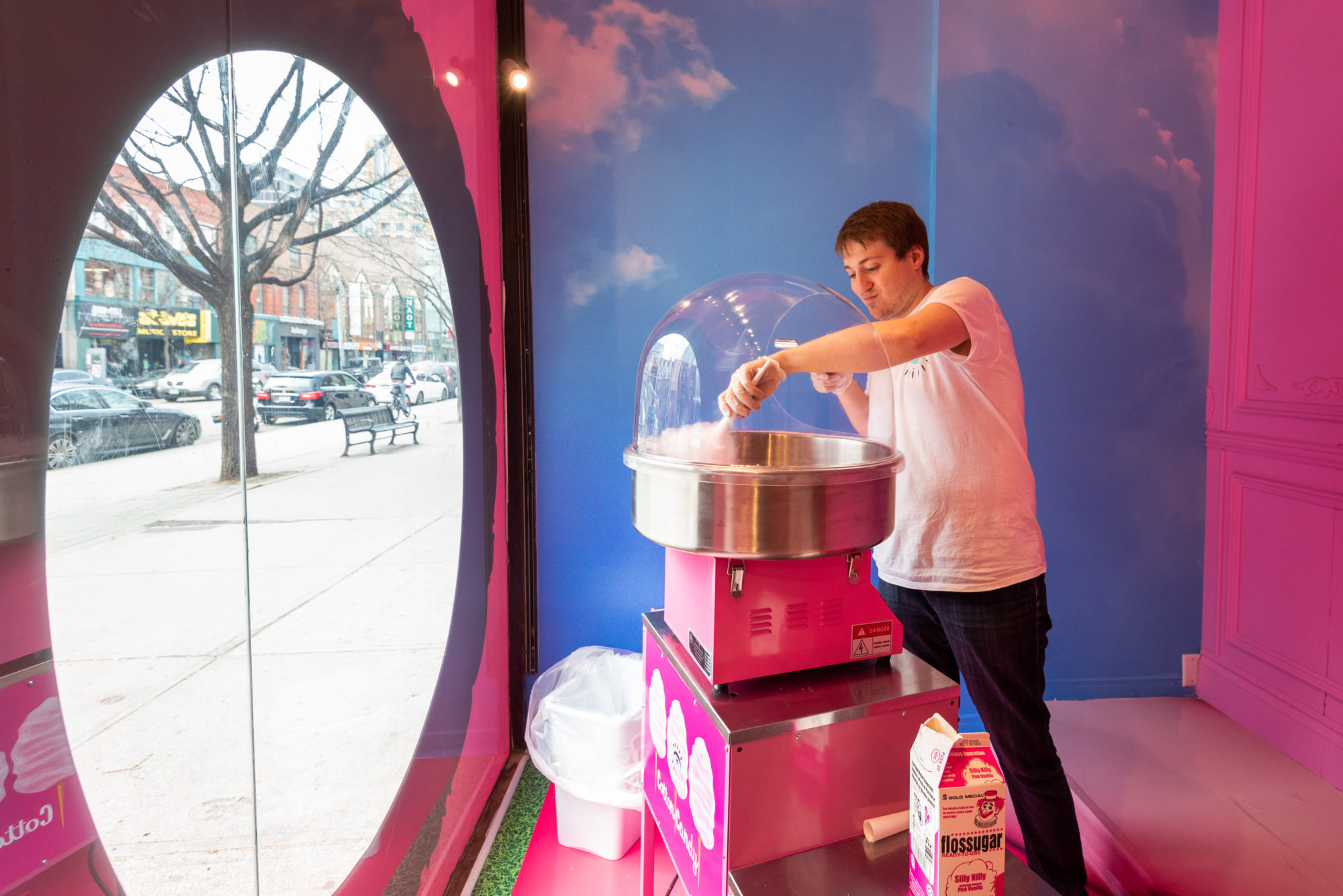 Dogs can get in on the action, too. This photo op is outside the museum: 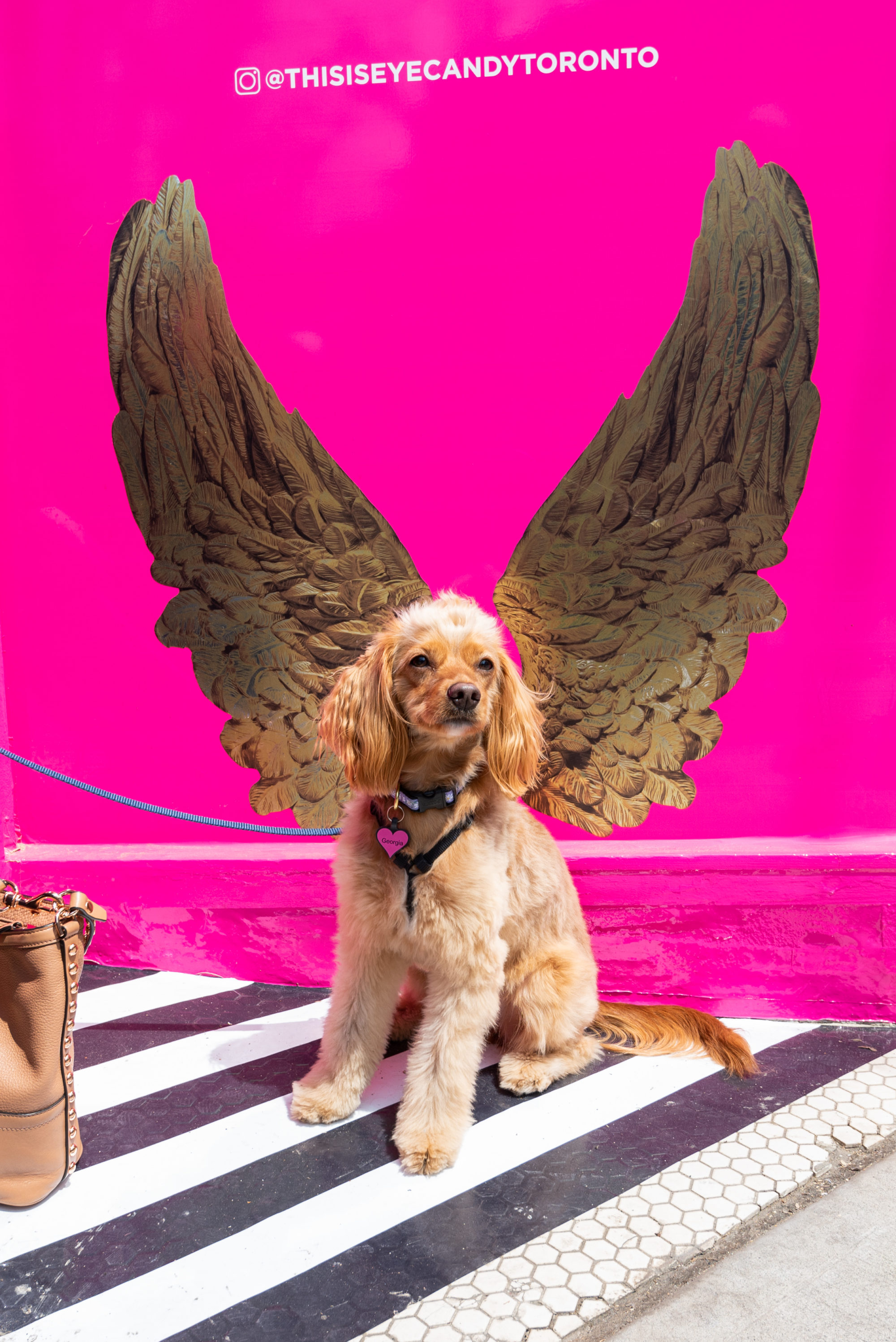