Inside Dog Tales, a swanky pet sanctuary in King City

Inside Dog Tales, a swanky pet sanctuary in King City

Dog Tales is like something out of 101 Dalmatians: the idyllic 50-acre animal sanctuary in King City is home to over 130 rescue dogs that roam the property and lounge on their own luxurious sofa beds. When owners Rob Scheinberg and Danielle Eden got married in 2013, they had four dogs between them, and quickly adopted another one. Later that year, they decided to open their own sanctuary. The couple is from Israel and was living there at the time, but started searching for farms to buy in Canada because they knew they’d be able to find a bigger plot of land. They eventually found the perfect spot, a former horse arena, in King City.

The couple renovated the property from top to bottom, and now it looks nothing like typical animal shelter. At Dog Tales, pooches sleep on custom-made furniture and have free rein of the property. Danielle did most of the decorating in bright, funky colours. “It was important to me to showcase our rescue dogs in a different, higher-end light,” says Danielle. “I wanted to make it glamorous so I could change how people think about mixed-breed dogs.” Right now, they house nearly 130 dogs. Anyone interested in adopting one of the pups can stop by one of their open houses, which take place every Sunday, and then schedule a private appointment during the week. Dog Tales is privately funded and relies on donations to pay for dog food and property upkeep.

There are a total of six structures on the property, including a barn with horses, a plush kennel, staff residences (there are currently 50 employees) and Danielle and Rob’s own home. This is the guest pavilion, where visitors can have coffee on Sundays. They also host staff meals there during the week: 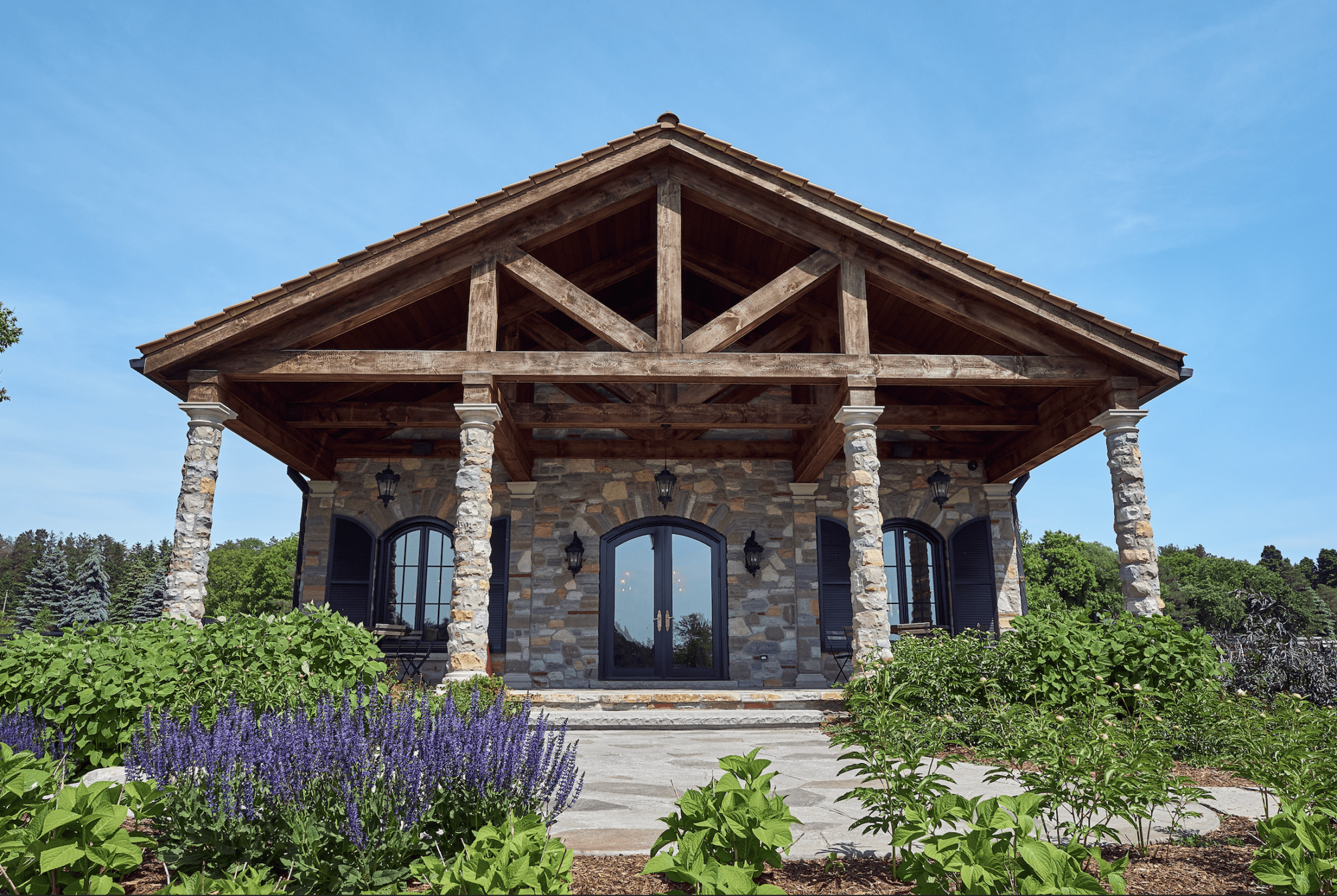 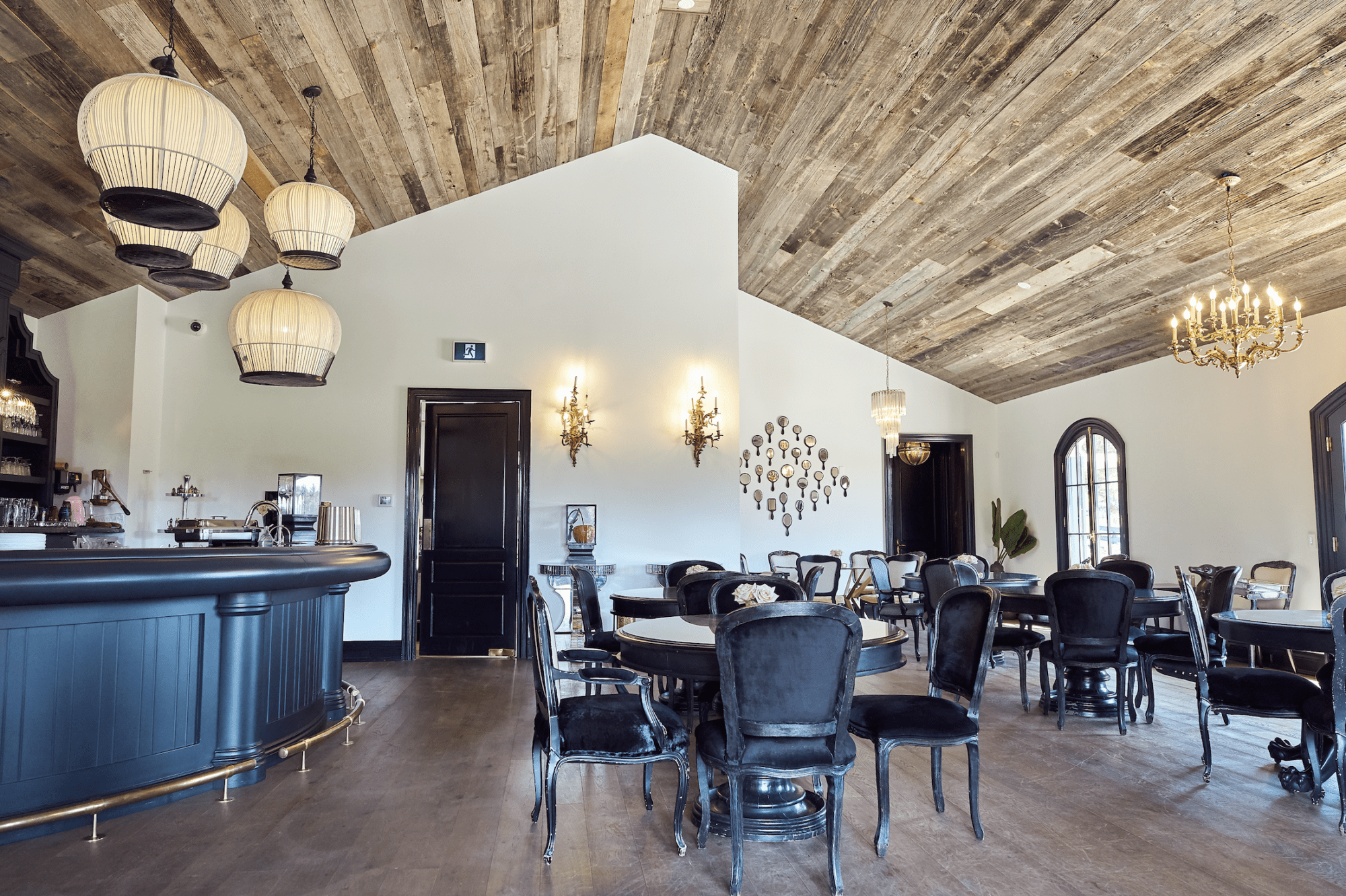 There are chic lounge areas complete with hanging chairs: 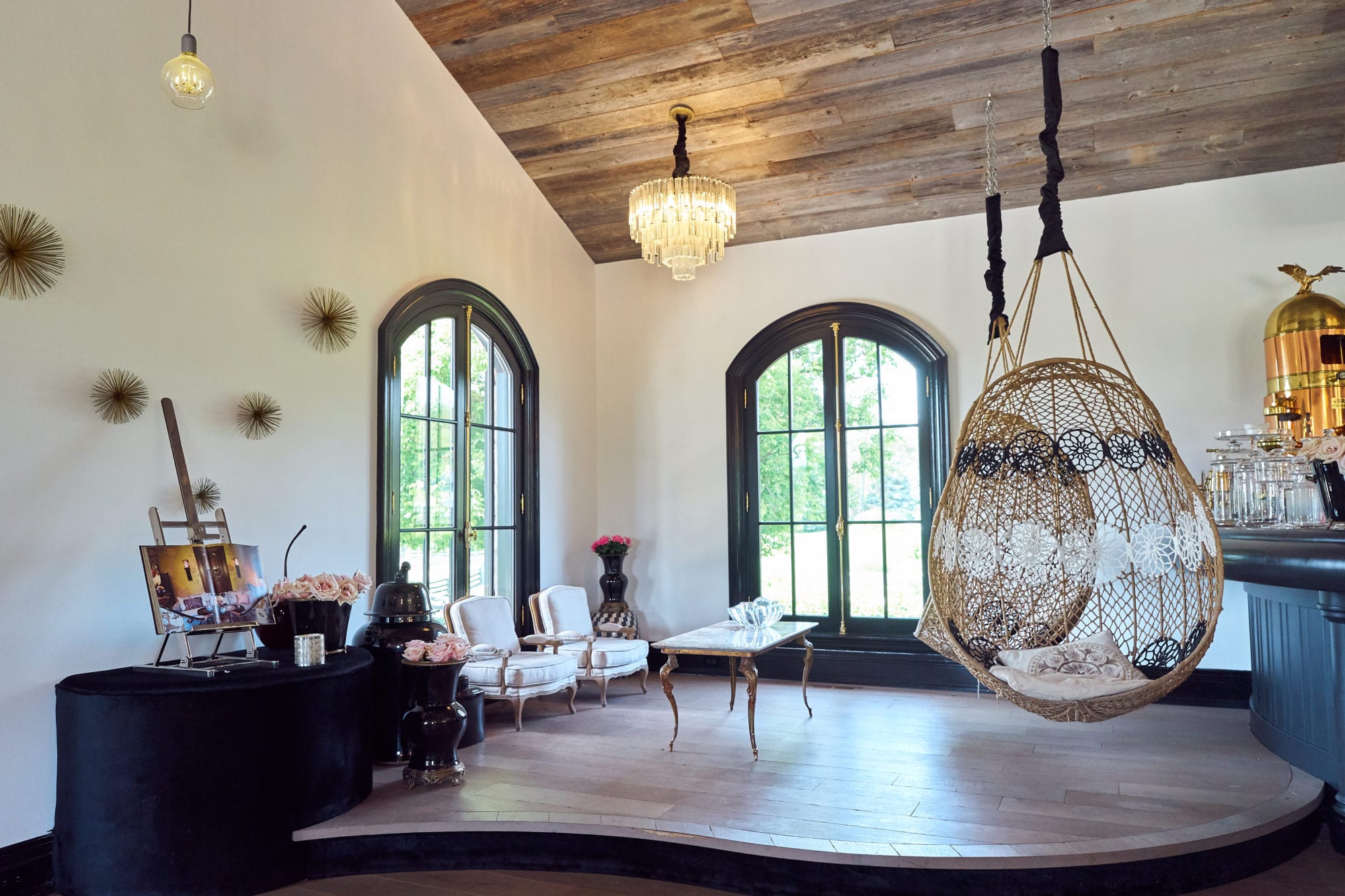 The grounds are impeccably maintained, and the dogs have acres of trails where they can go for runs: 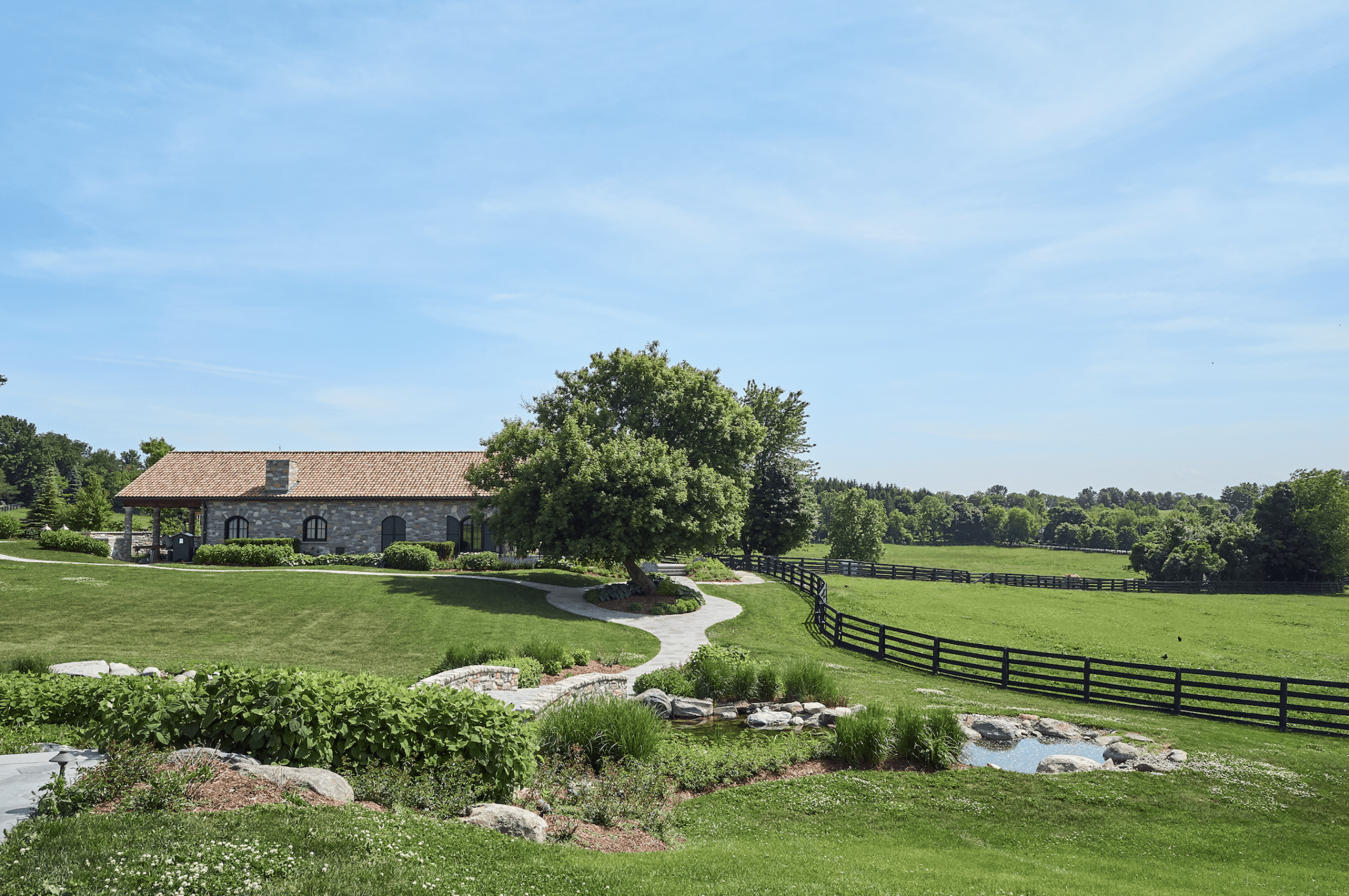 The main office is in the property’s refurnished barn: 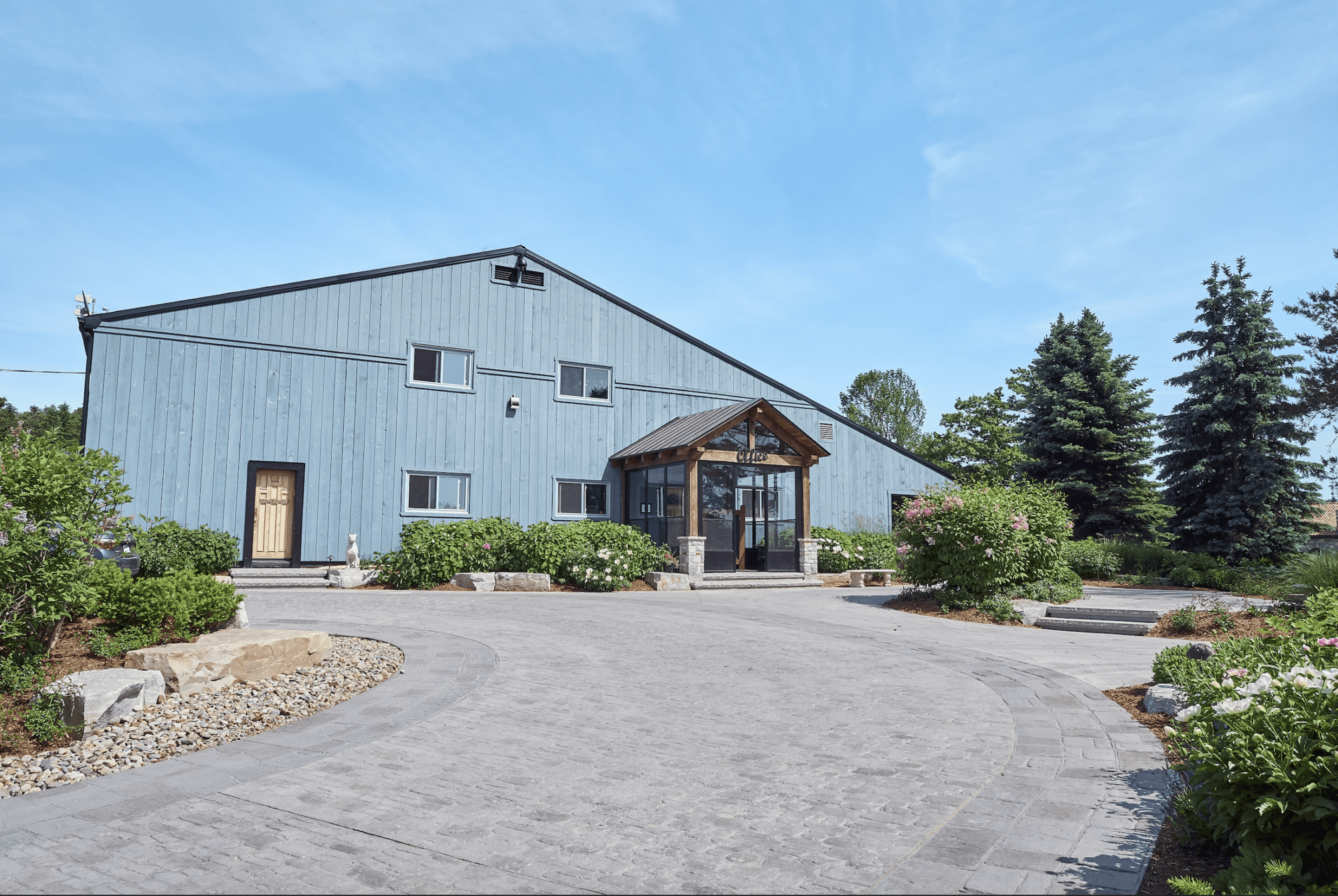 The kennels are plusher than most. Danielle hollowed out vintage furniture so the canines could use them as cozy beds: 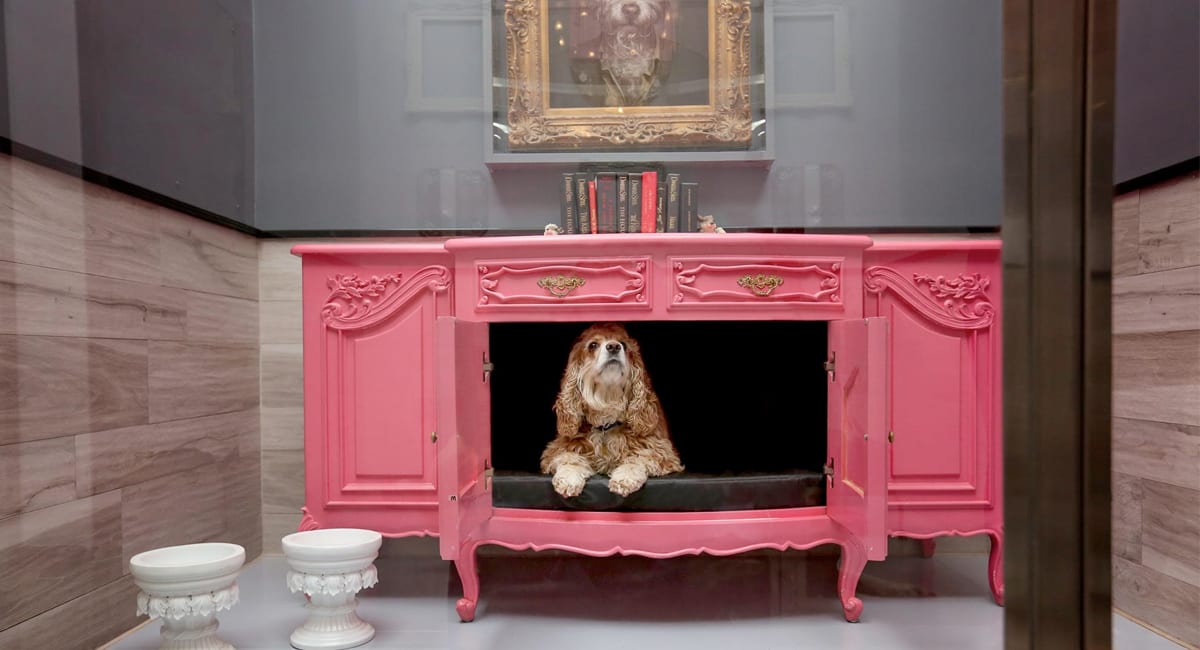 Here are a few of the dogs that are up for adoption (more can be found here). Cuddles and Chyna are female, two-year-old mixed-breeds. They’re a bonded pair, so they need to be adopted together: 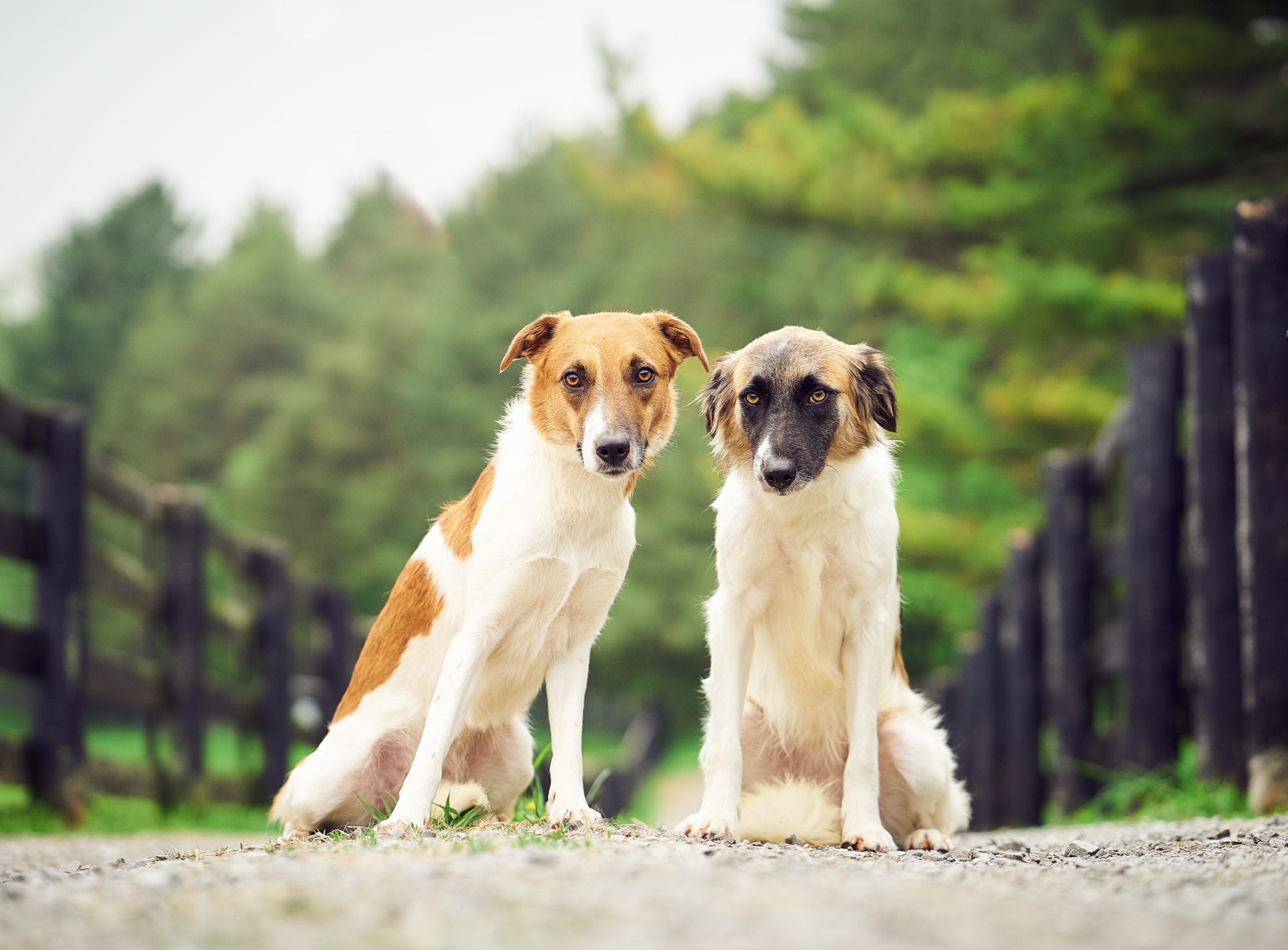 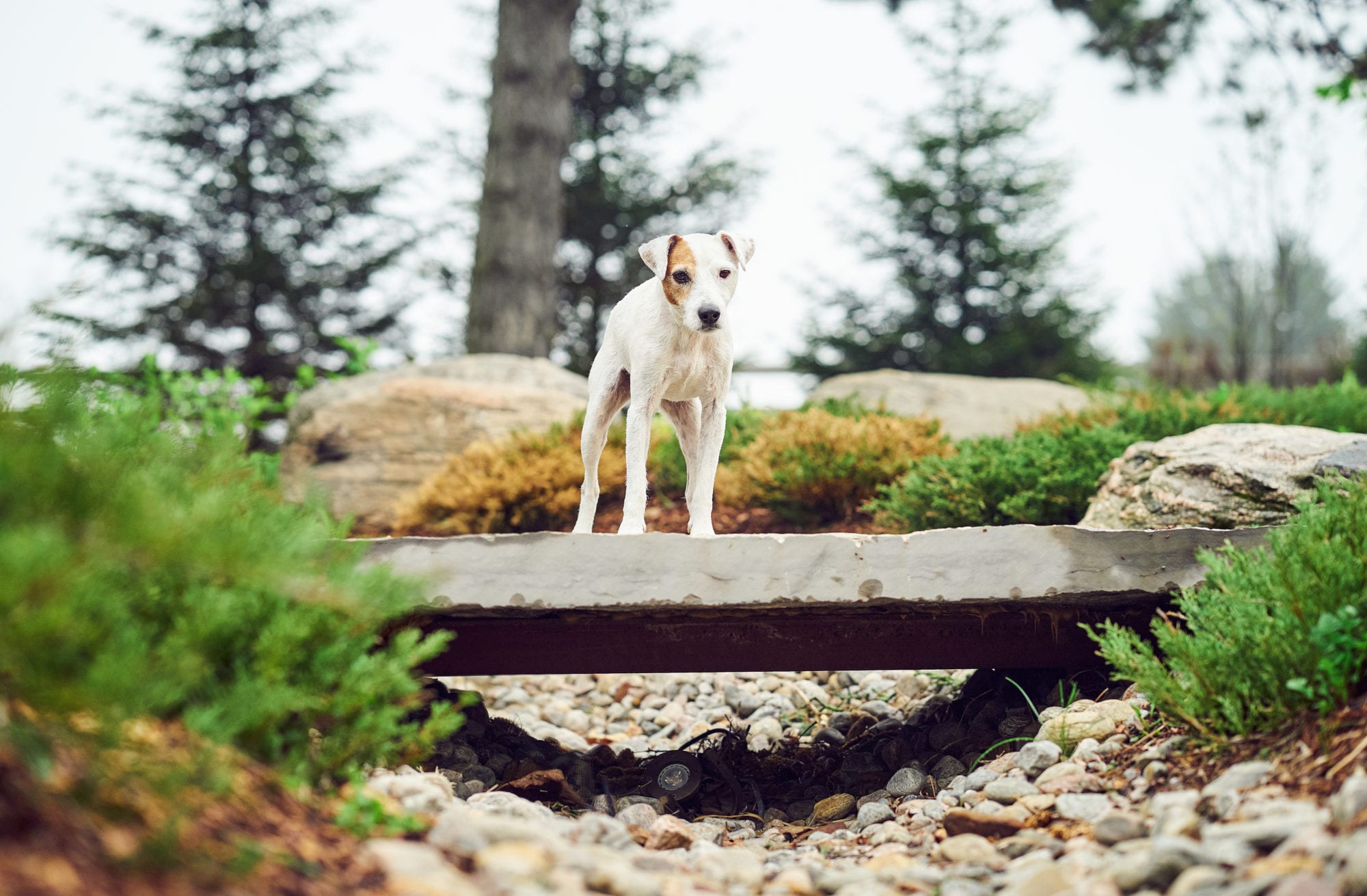 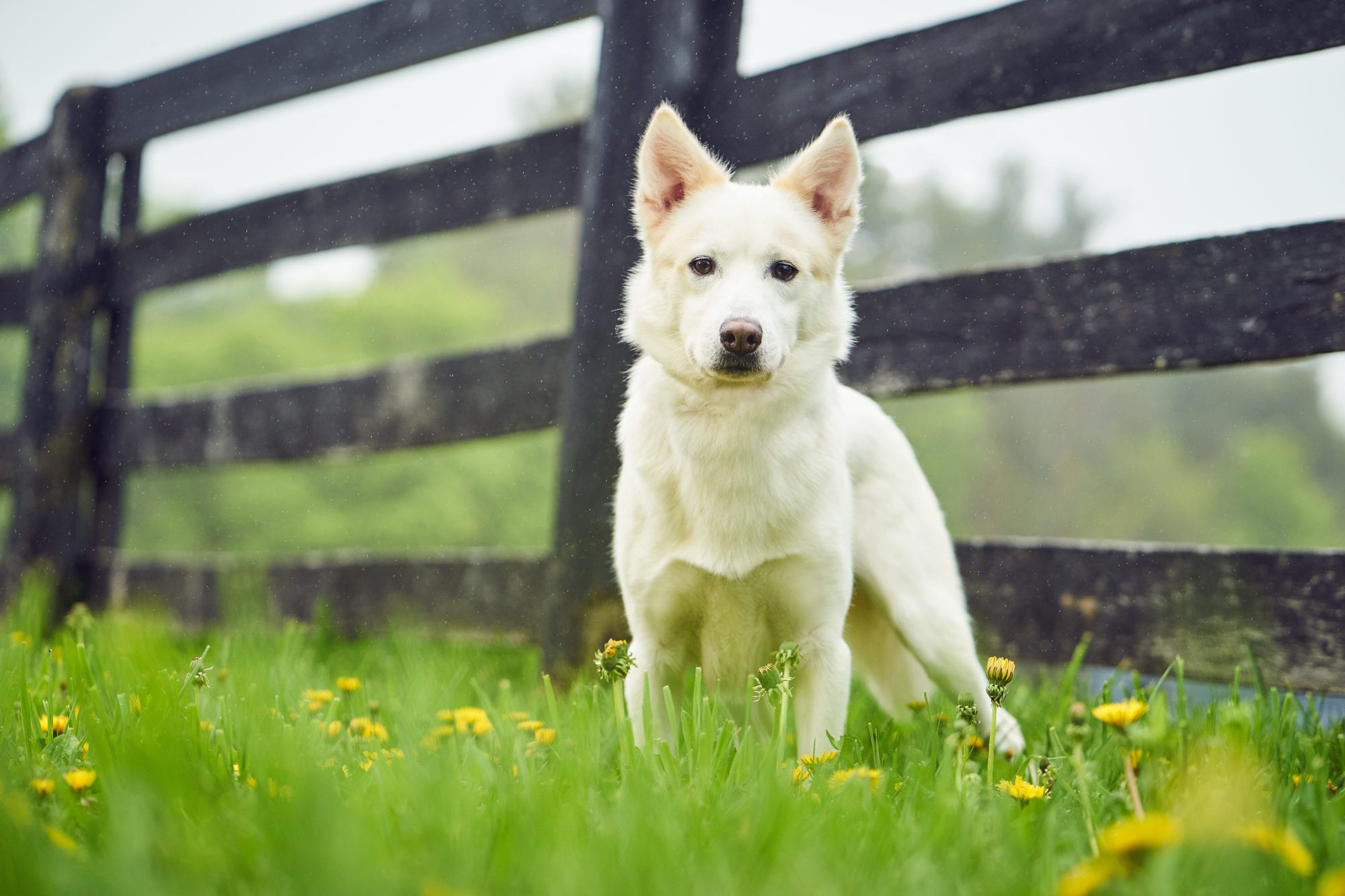 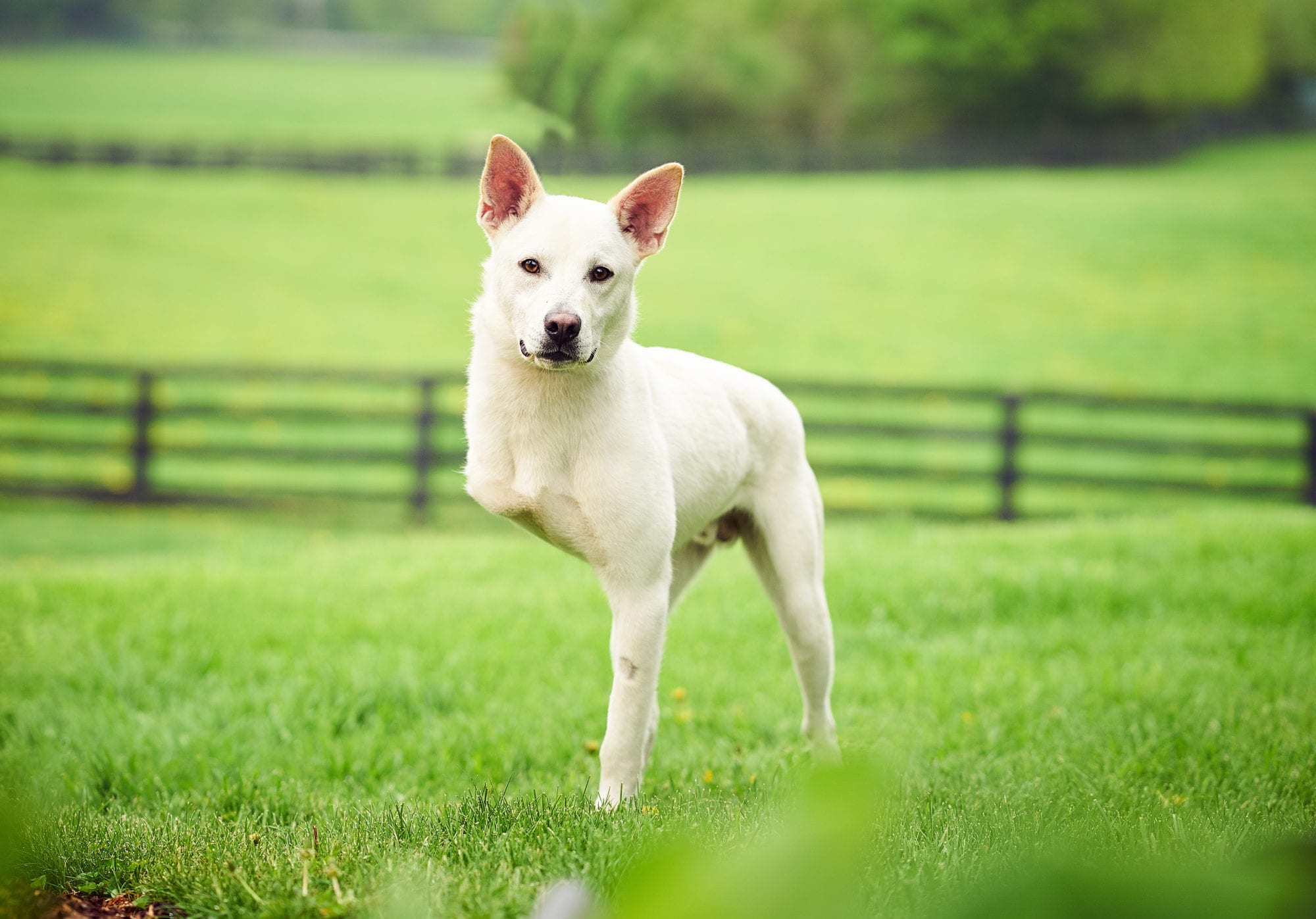 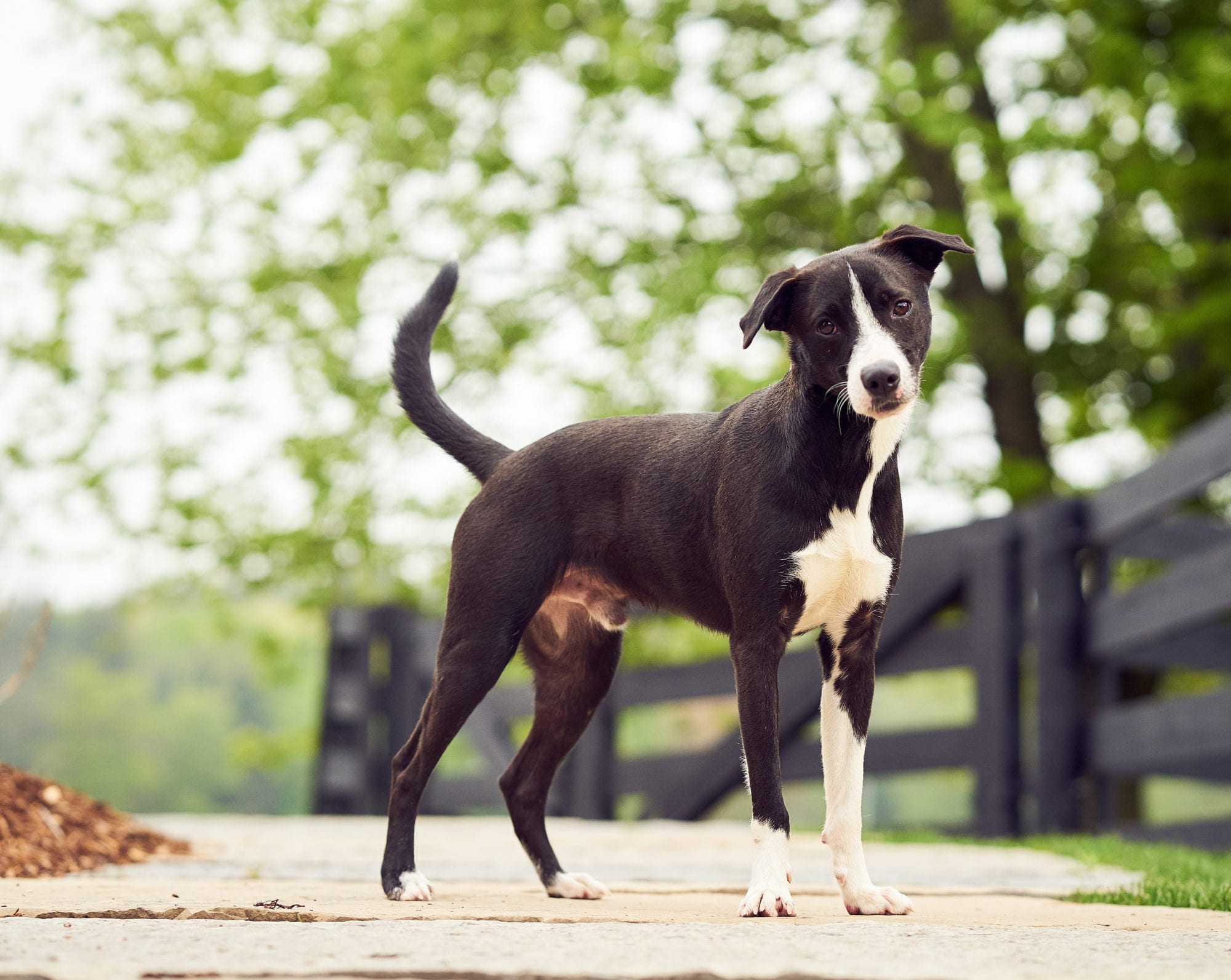 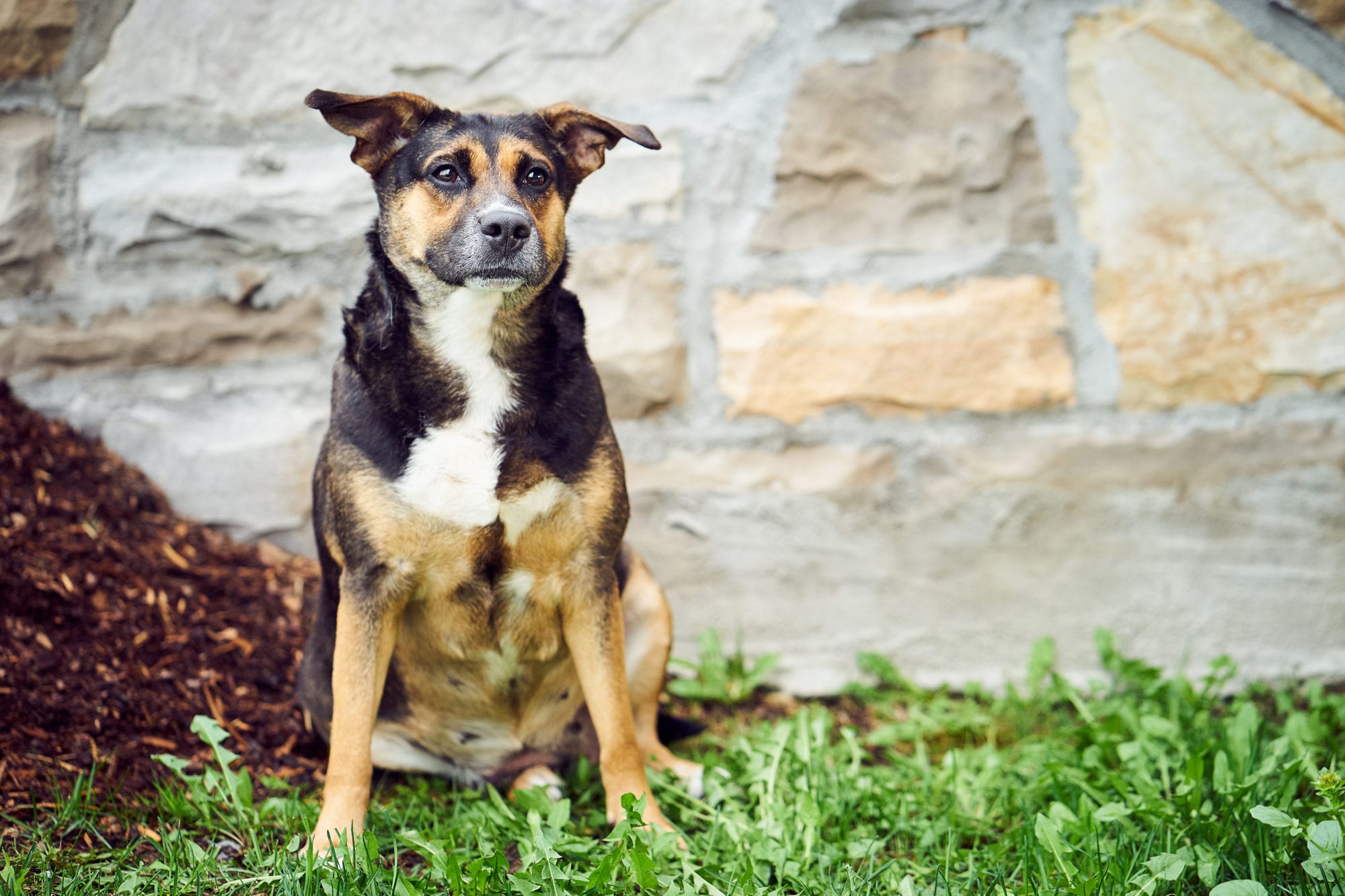 And Ella is a four-year-old American bulldog mix: 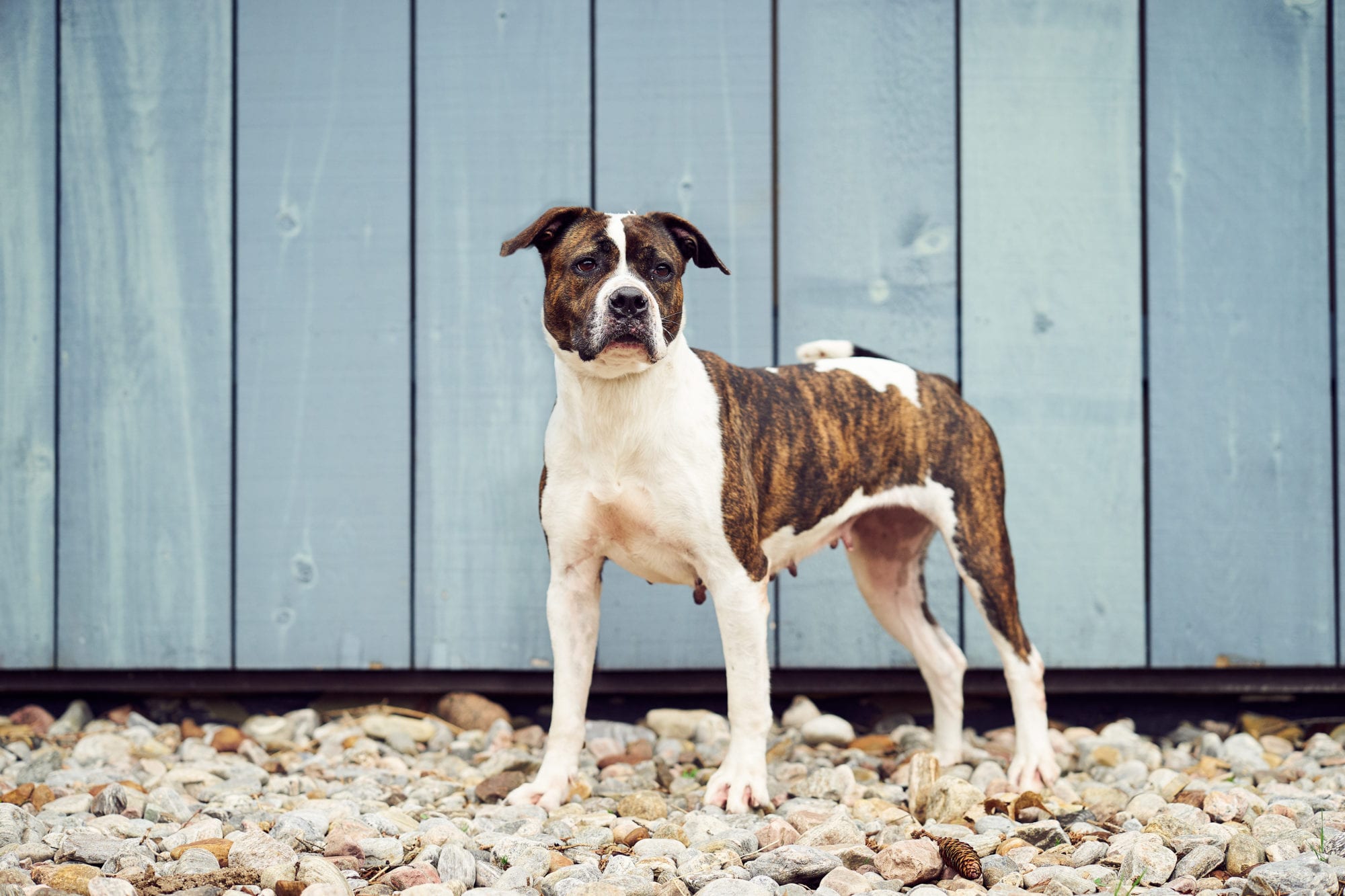