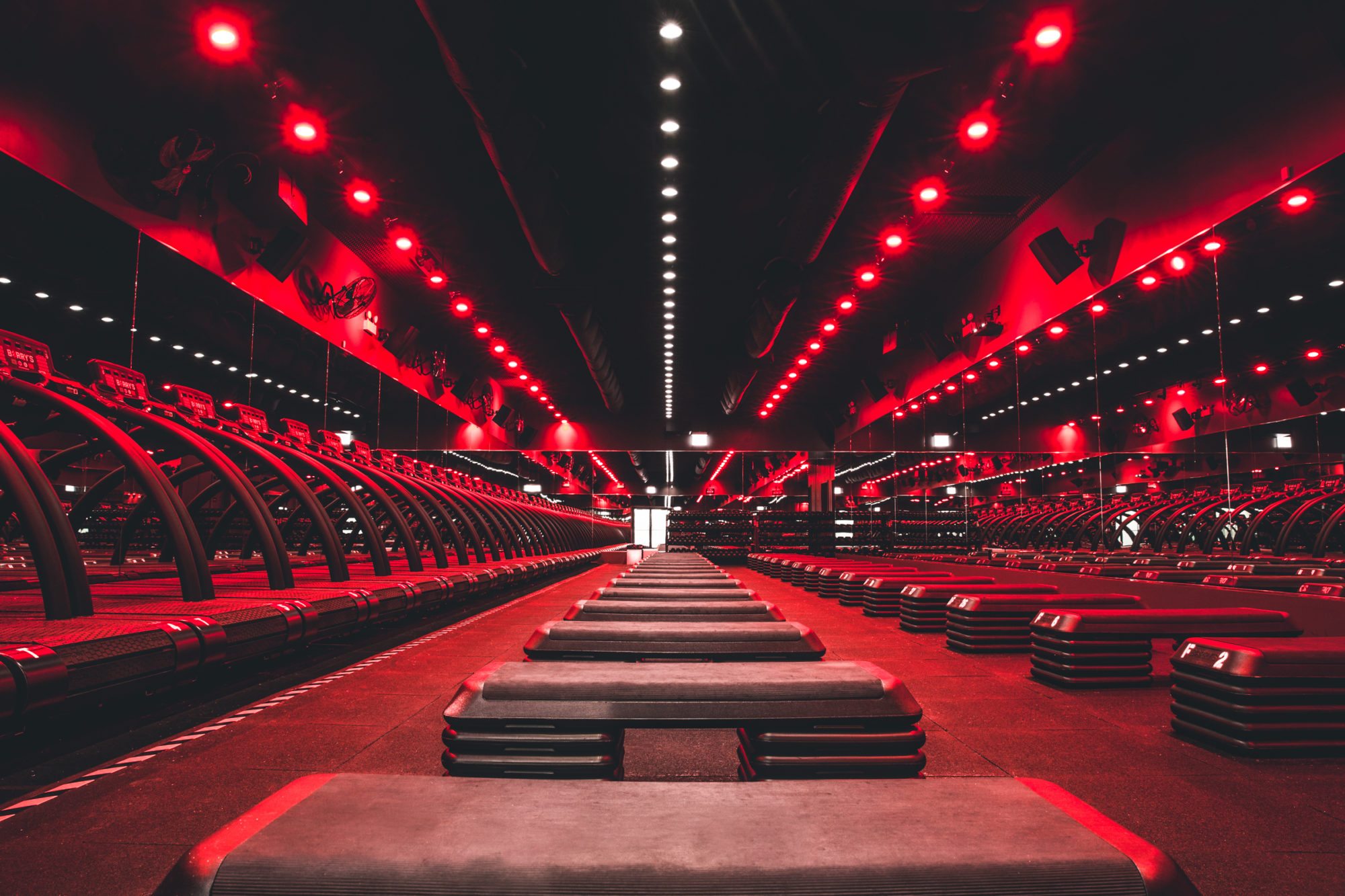 In 1998, when Barry’s Bootcamp was founded in West Hollywood, boutique fitness studios barely existed. “It was us and Goodlife,” says CEO Joey Gonzalez. The brand was one of the first to champion high-intensity interval training, providing short, ultra-efficient workouts and dubbing results the “Barry’s body.”

Nearly two decades later, there’s a barre studio on every corner and people are doing yoga with goats, but Barry’s method has remained exactly the same. It’s notoriously intense: in flattering red light, dozens of participants alternate between weight-bearing exercises and treadmill sprints, with zero rest time. “The idea is to shock your body,” says Gonzalez. The classes exhaust a different set of muscles each day, with common pairings including “arms and abs” or “butt and legs.”

Until 2009, the brand had just two studios, both in L.A., both relatively small with hardly any extra frills. Today, they have 38 studios around the world and count celebs like Adriana Lima, Harry Styles and David Beckham as clients. Toronto’s new Richmond Street location is the company’s biggest to date, spanning two floors and offering luxurious touches like Oribé products in the bathroom and nutrient-packed smoothies at the fuel bar.

The entrance is on the main floor of the building (and so is the fuel bar), but the studio is up an escalator: 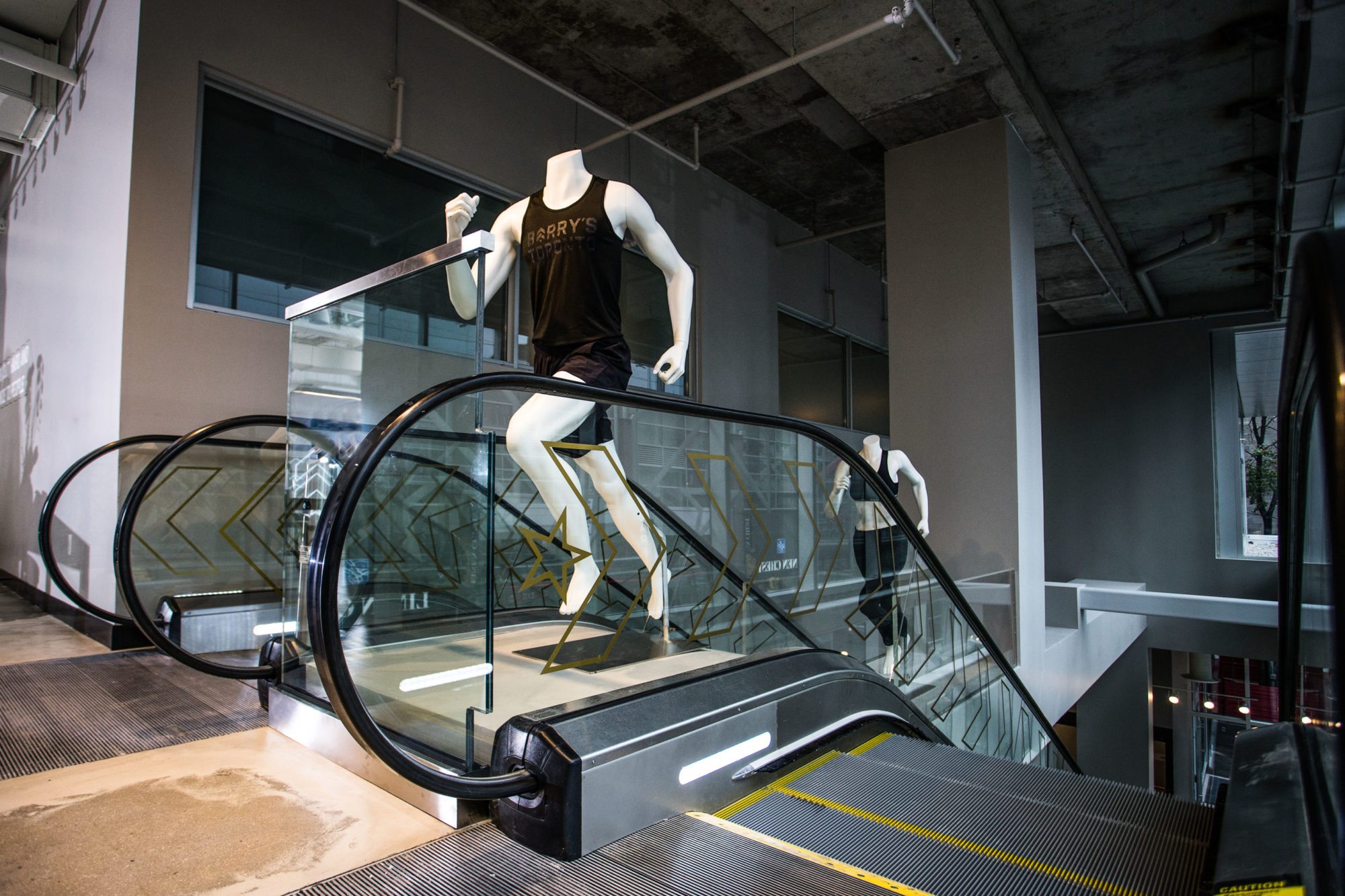 At the top, guests are greeted by a mural by Fritz Branschat, which features, among other things, a muscular Queen Elizabeth and Justin Trudeau riding a moose: 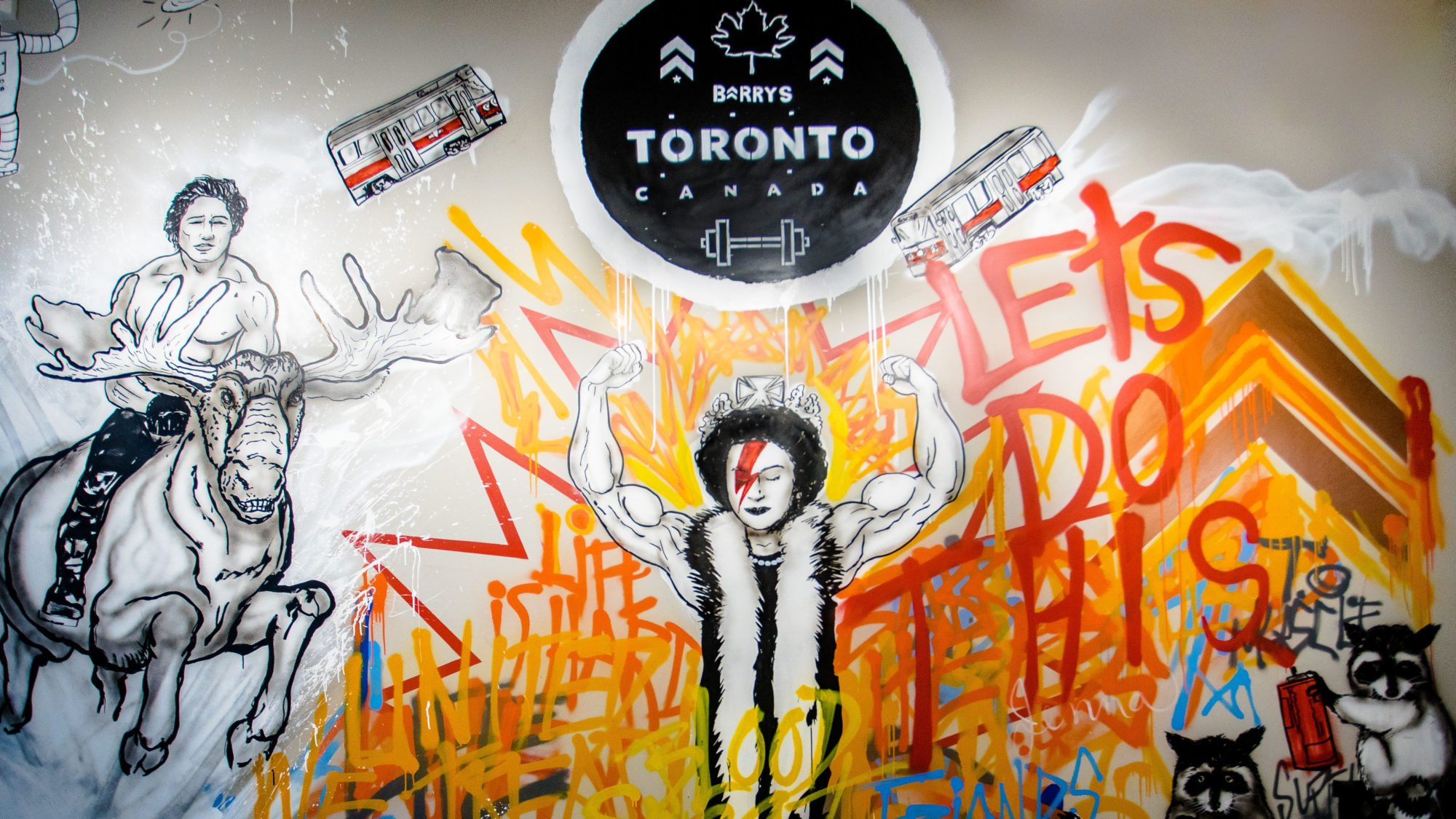 The lobby is open-concept, with concrete floors and exposed pipes: 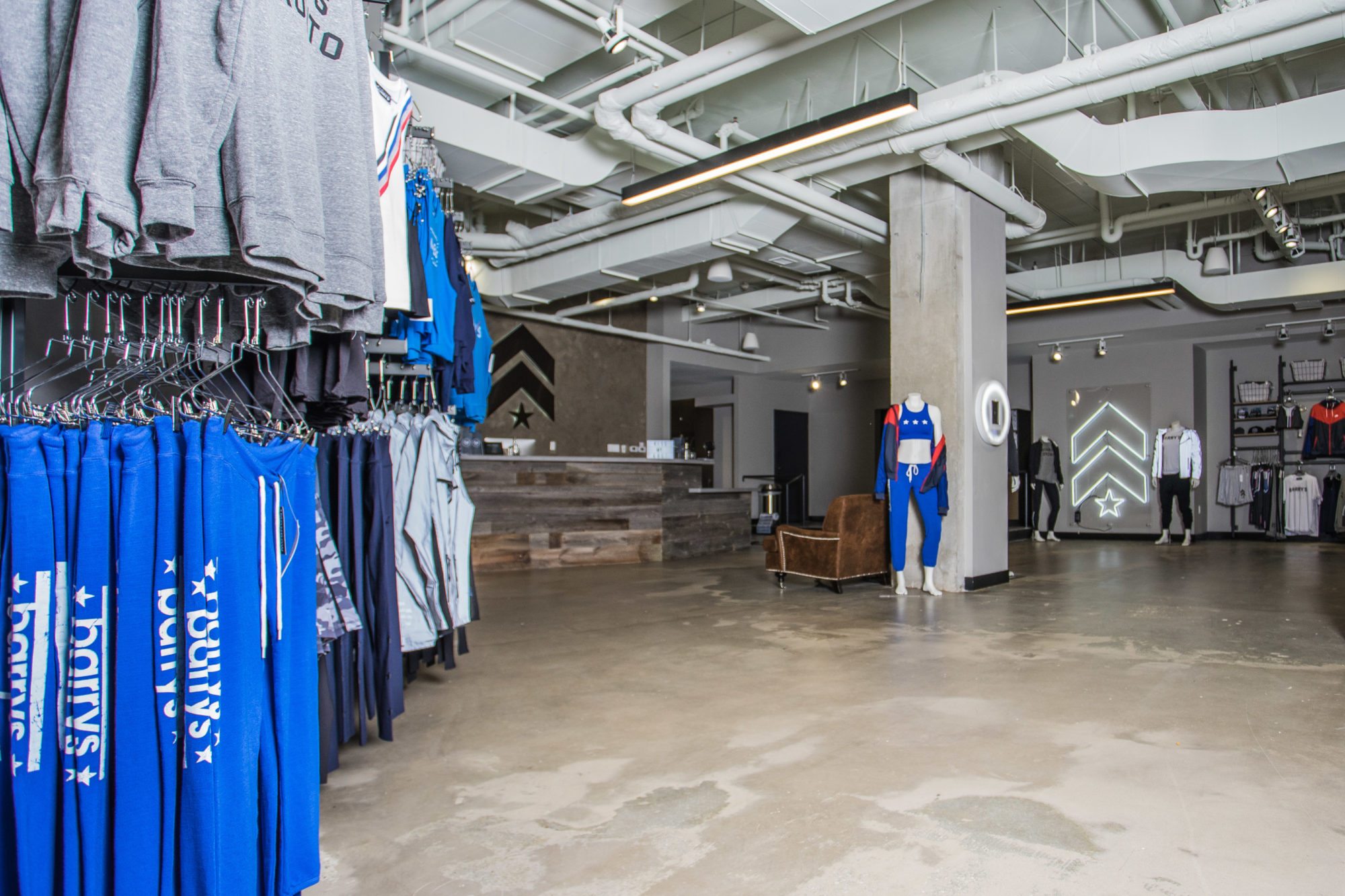 Exercisers can pick up merchandise to wear to class. The company collaborated with brands like Lululemon on chic workout wear: 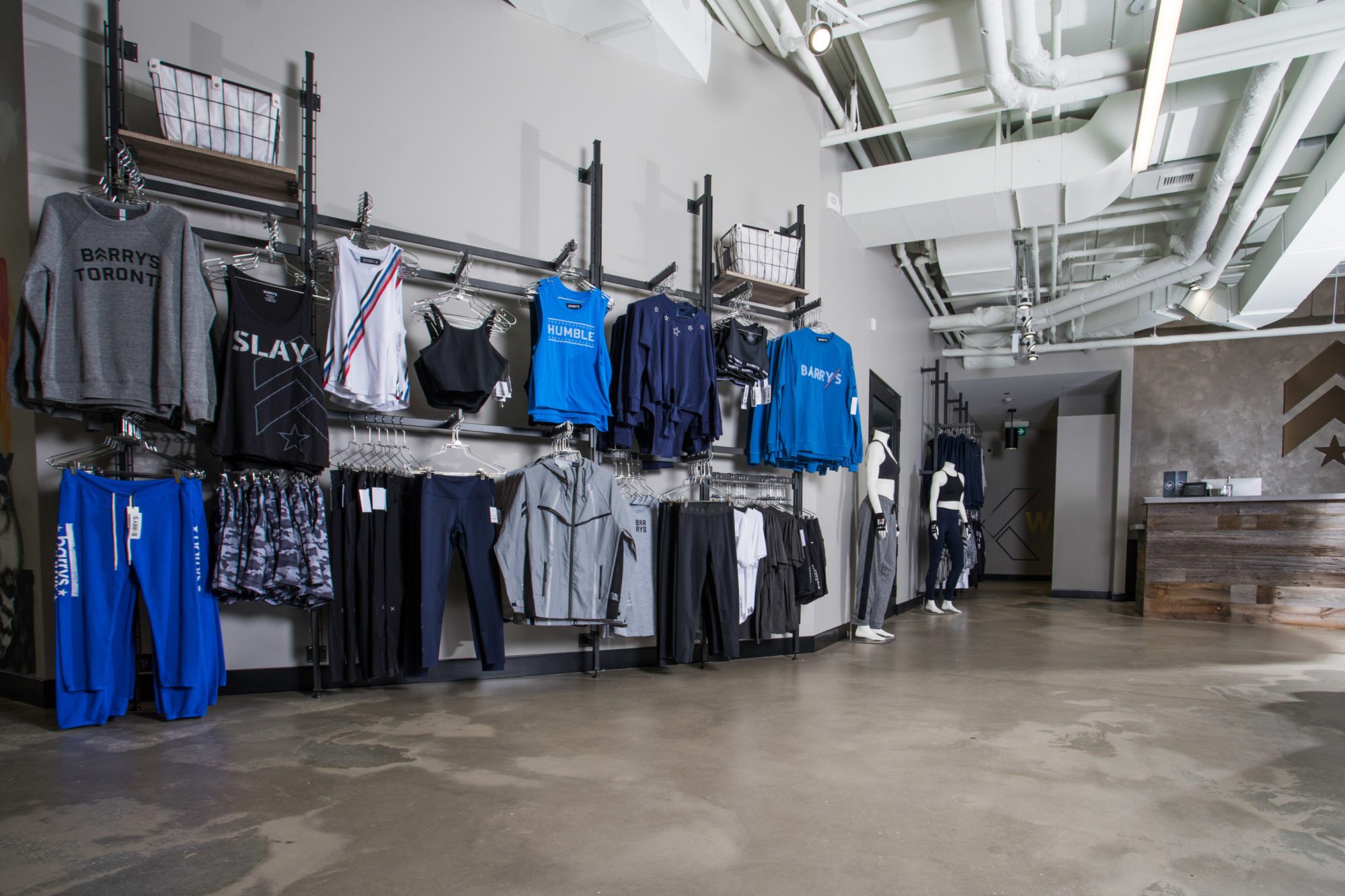 Here’s the entrance to the studio: 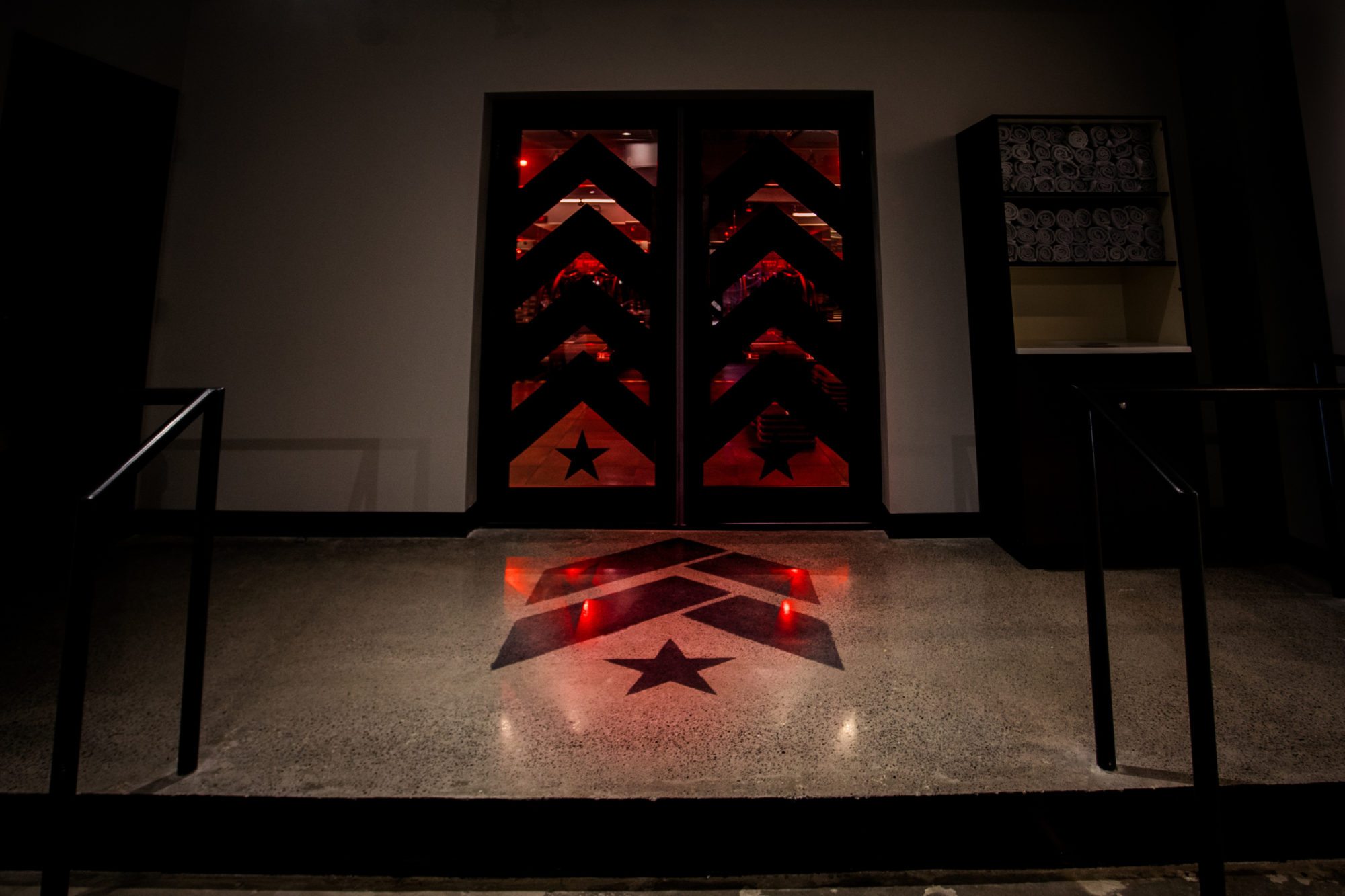 Inside, there are 21 treadmills, so combined with a few extra floor-only stations, it means that 47 people can take a class at once (since participants alternate between running and weights): 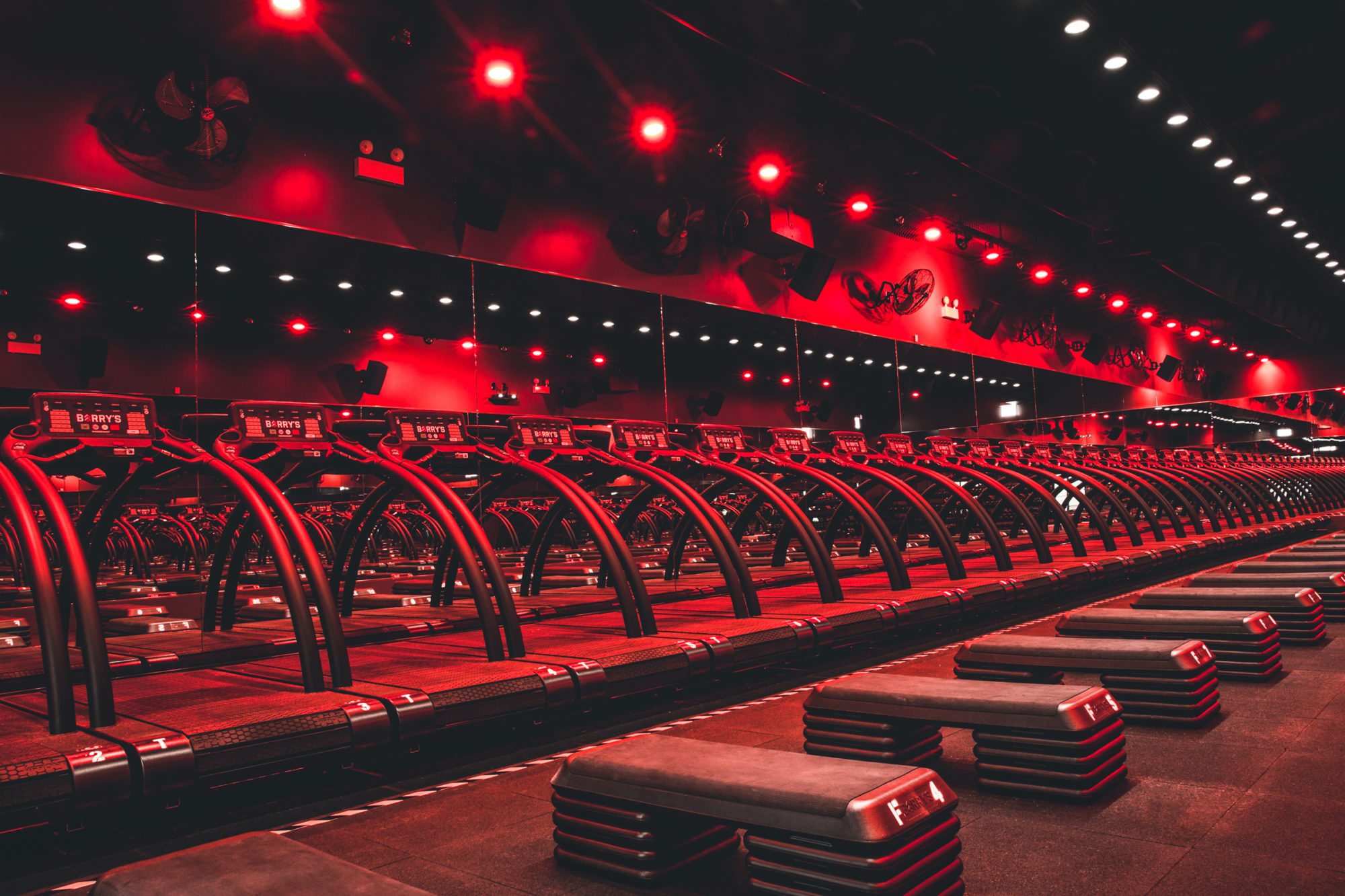 The bathroom and changing area is sleek and stocked with fancy Oribé products: 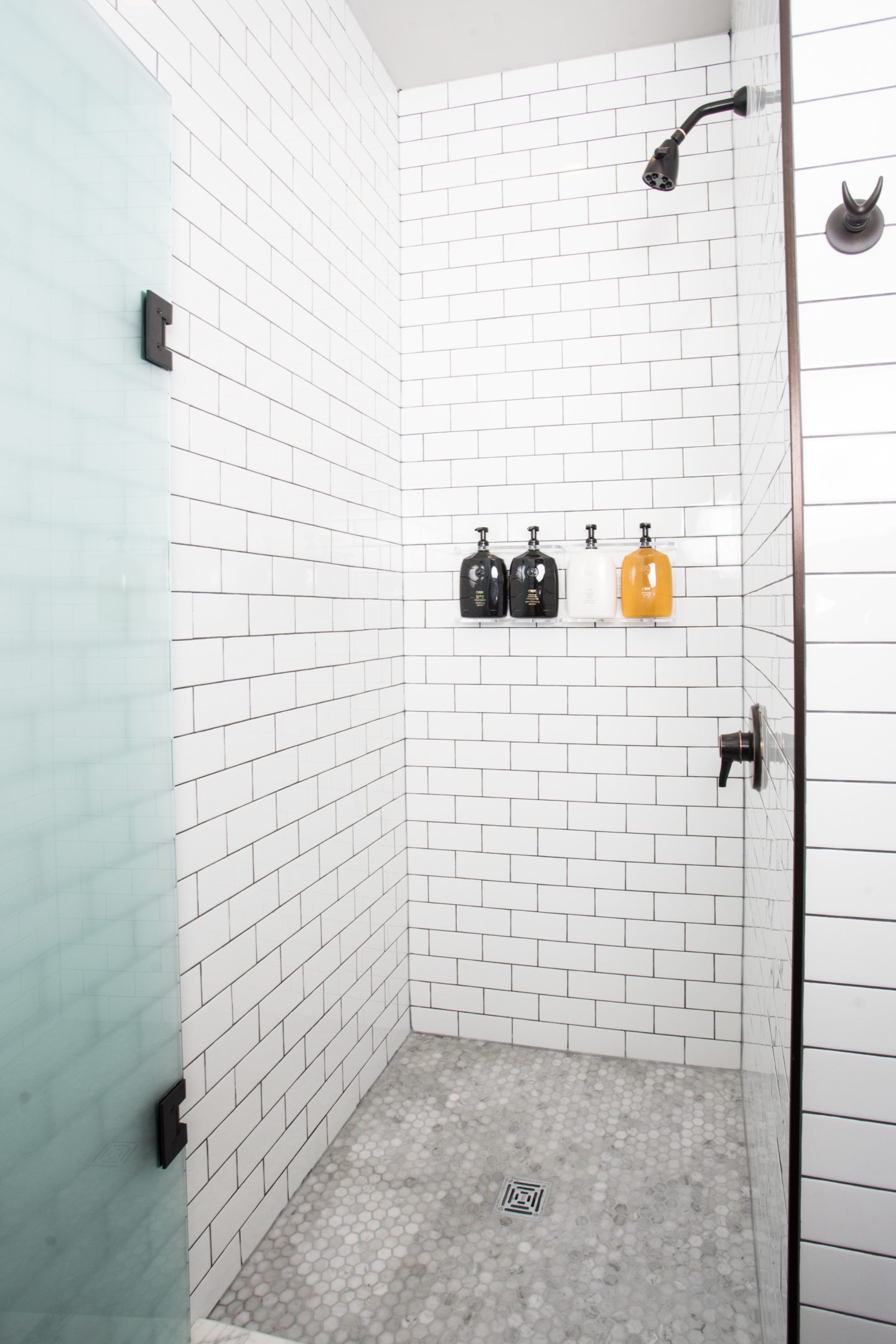 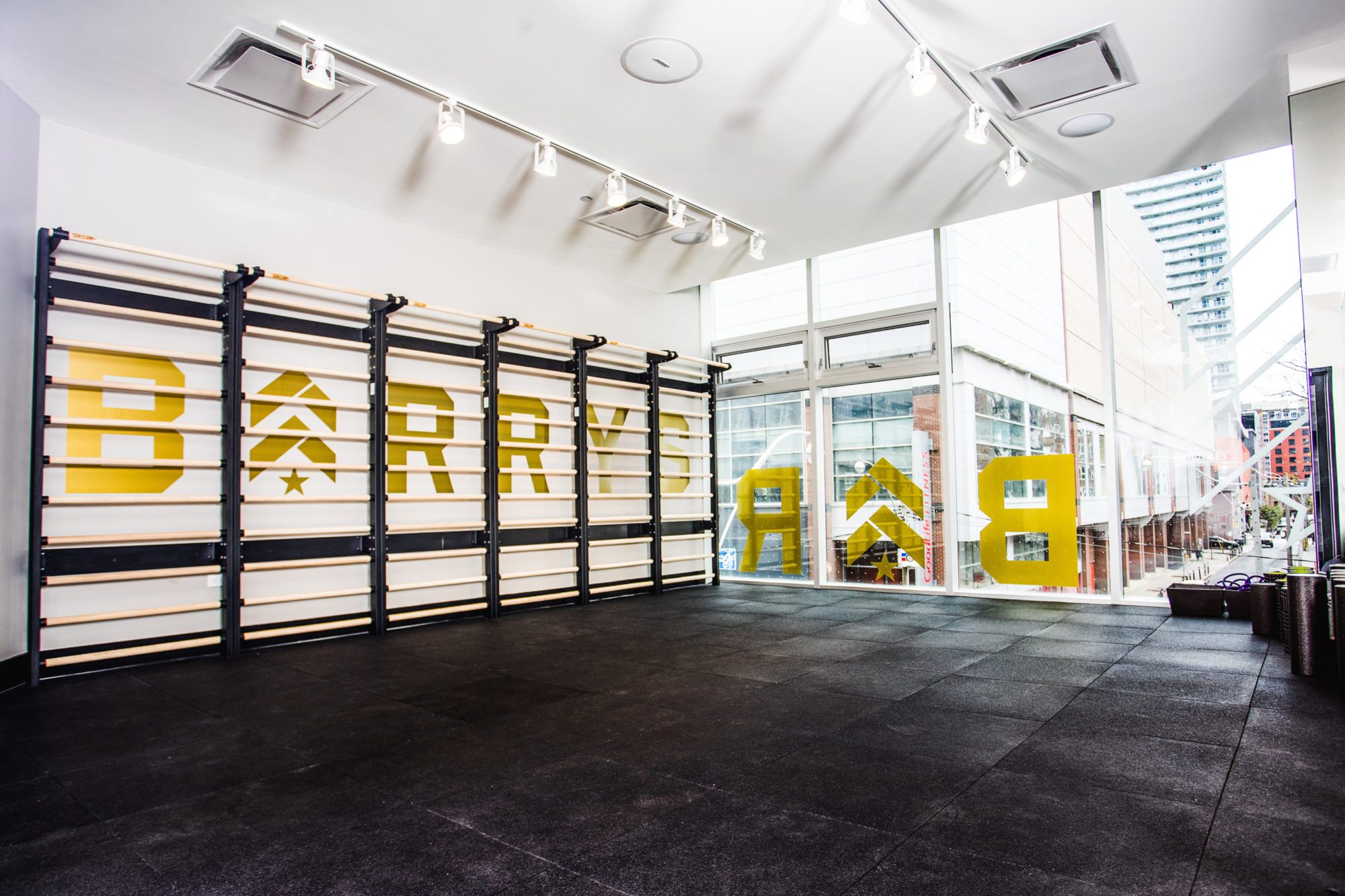 Here’s the fuel bar, which serves tasty smoothies that can be customized with all sorts of boosters and add-ons:

Toronto, I think this is the beginning of a beautiful friendship. Meet you at the bar #barrystoronto #fuelbar #bodiesbybarrys

One of the company’s snappy mottos is displayed on the wall (another is “Life happens, Barry’s helps”):