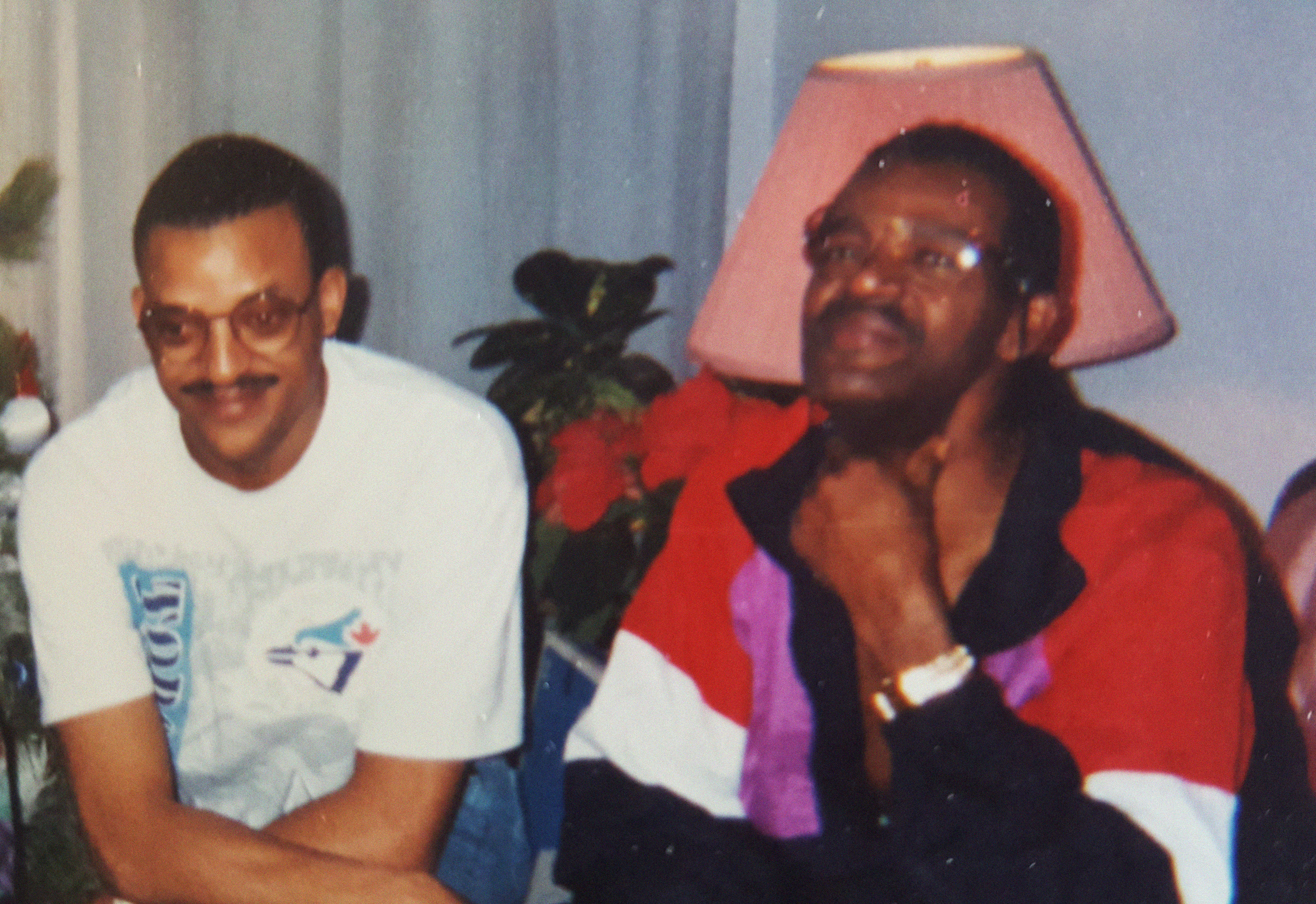 My dad, William van Dyke, moved in with me in 2016. I live in a one-bedroom apartment in Mississauga, and I work long hours as a truck driver, so it’s not like I was looking for a roommate. But he needed me. He and my mom split up a few years ago, and he didn’t have enough money to get his own place. I wasn’t thrilled with the idea, especially relocating to the couch so that my dad could have the bed, but that’s what you do for family. We did have some good times—we never missed a Raptors game, and he loved my fried chicken and rice and beans. Neither of us had imagined it as a permanent living arrangement, but four and a half years later he was still here.

Things changed one Sunday morning last summer. I was on the couch when I heard a crash in the bathroom. My dad had fallen and was totally disoriented. He had started to show signs of early dementia at this point—some short-term memory loss and trouble with balance. He spent about five weeks recovering in hospital, during which time it became clear that he was going to need more help than I could provide. I tried to figure out how I could make it work, but as a truck driver I was working 14 hour shifts and running a commercial cleaning business on the side. A long-term care home was the only option. I had to explain to my dad that it wasn’t that I didn’t want him around. I get choked up just thinking about that conversation. Nobody prepares you for the time when you have to become a parent to your parent.

In January of this year, I got a call saying that there was a bed for him at a long-term care facility in Etobicoke. It wasn’t one of the locations I had requested, but we had the choice to either take it or go back to the bottom of the list. The place was less like a home and more like a hospital, and I tried to put on a brave face so my dad wouldn’t be too scared. I felt like a salesman: “Look, Dad, they have a games room.” The staff were really warm and welcoming, which gave me some comfort. I cried on the drive home.

I went to visit as much as I could in the weeks that followed. Some days, he was my same old dad, and we would talk about sports. Other times, he was extremely agitated. I brought him colouring books, which seemed to calm him down. After a month, I went in for a meeting with his caregivers to hear about his progress, which is standard. It would be a stretch to say he loved the place, but he was doing a good job adapting. They told me about how he attended a birthday party for one of the other resident, where he’d shown off some of his dance moves.

In early March, my dad had to go in for surgery. Turns out he had pulled his groin when he tried to show off his dance moves and developed a hernia. It was day surgery, so I drove him to Etobicoke General and back to the facility that afternoon. He seemed in good spirits when I dropped him off, but the next day I got a call from the home saying that he’d developed a high fever, which meant another trip to and from the hospital. A week after that, I was told he had a bad case of diarrhea. In hindsight I look at these symptoms—fever, diarrhea—and see all paths leading to Covid. But that possibility just wasn’t in my head at the time.

Over the phone, I could tell he wasn’t himself. The last time I spoke to him, he said he was in his final days. “I’m going to be gone soon”—that’s how he put it. At the time I assumed it was probably the dementia talking. Now I wonder if he knew something I didn’t. I told him that he was going to be okay, and that I would call him back. As soon as I got off the phone, I called the long-term care facility. They said he was dealing with some depression, but that his vitals were good, his fever was down and there was no reason to be alarmed. I called my dad again, but he didn’t answer.

I tried again and again over the next few days. I called my dad’s phone, I called the facility. Under normal circumstances I would have got in the car and gone to check on him, but by that point, the government had banned all non-essential visitors at long-term care facilities, so that wasn’t an option. My company forced us to take our vacation days, and I was watching the news around the clock. Every time I would hear about an outbreak at one of the homes, I would think, At least it’s not Dad’s place, at least it’s not Dad’s place.

On April 11, I woke up at around 9 a.m. and saw that I had 16 missed calls. One was from my dad’s facility, and the rest came from an unknown number. I checked my messages: it was a nurse from St Joseph hospital, updating me on my father’s condition. I didn’t even know he was in the hospital, and yet in the span of two hours I found out that he was in critical condition, then that he was on oxygen. Finally, I received a call notifying me that he’d died. I barely even remember that final conversation with the doctor. He said that my dad’s death was likely due to Covid-19, but he wasn’t able to say for sure. I didn’t get any information about my dad’s last moments. Was he scared? Was he in pain? Was anyone holding his hand when he passed? I was in total disbelief—so much so that it took some time before I even got to the point of grief. By now, we’ve all heard the stories and seen the news reports about Covid-19 and long term care facilities, but back then the story was still developing. It all happened so quickly.

My sister-in-law helped me with the funeral home arrangements; my brother died a few years ago, so she was able to provide contact info, and I arranged to have the body transported. Under cause of death, my father’s death certificate listed complications relating to Covid-19. Under possessions, it listed one grey sweatshirt, which is the only thing he came in with. They asked if I wanted to keep it, but I said no. That’s not the kind of memory I want to hold onto. I wish I had a different one. I wish I had gone and waved to him from outside, put my hand up against the window and mouthed through the glass, “Dad, I love you.” I think back on that first day I dropped him off in January and think, Should I have done something differently?

I still find myself having conversations with my dad out loud: “I’m sorry I failed you, I’m sorry I couldn’t be there.” I tell him, “Dad, I will do right by you. I will make you proud.” The last few weeks have not been easy. I’m definitely worried about the future, but I also see this as a wake-up call. One of the things we’re discovering with Covid-19 is just how vulnerable so many of us are. I hope this pandemic can prompt a conversation about who we need to care for and how we need to care for them. I don’t blame the people who work at these long-term care facilities. For the most part, they are doing work that most people would never want to do, and under impossible circumstances. They need whatever support our government can provide, and that will be true even when Covid-19 is behind us. I hope this can be the silver lining around all this tragedy, that this can be my dad’s legacy. I can feel the old man looking down on me saying, “Terence, boy, you better make me look good.”

William Van Dyke is not a statistic. He wasn’t perfect, and we had our struggles. But he was a loving man who took pride in everything he did, whether it was washing the car or polishing my shoes, even when I didn’t ask him to. He loved Motown and jazz. The other day, I talked to my cousin, who said that when she thinks of my dad, he’s on the dance floor. That’s how I want to remember him, too.