Two years ago, my brother-in-law and his wife bought their first house—a bright, cheerful semi near Coxwell and Danforth for which they paid $639,000. At the time, I thought the price was insane. Well, it turns out they got a bargain. House prices in Danforth East are rising faster than in any other part of Toronto. Properties there are so desirable, they averaged just 12 days on the market this spring before they got snapped up, whereas the city-wide average was almost twice that. Two houses in the area roughly the same size as my brother-in-law’s sold for almost $800,000.

If they were house-hunting today, Danforth East would probably be out of reach. For young middle-class couples looking to snag a starter home, particularly on the subway line, the pickings are increasingly slim. Since my in-laws moved in, a new Starbucks opened up nearby, as well as a hipster butcher shop that holds butchery classes and sells local, GMO-free everything. The area’s persistent gentrification is going to keep pushing house prices skyward.

Toronto is becoming a city where home ownership is for one-percenters or for people with significant help from the Bank of Mom and Dad. According to a recent article in the Globe and Mail, U of T is struggling to recruit new professors because some candidates are concerned, with good reason, about being able to afford a house in Toronto. 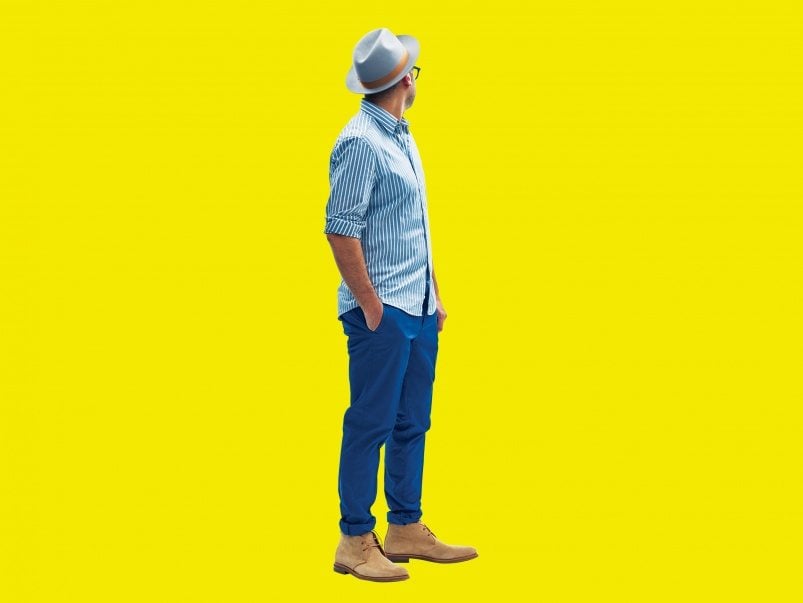 Unless you have a household income in the $200,000s, buying an $800,000 semi in your 20s or 30s is a recipe for lifelong debt. It might even mean you’ll have trouble with everyday expenses. A recent Manulife survey revealed that roughly 4 out of 10 Canadian homeowners were “caught short” in the past year, without enough to pay the household bills. There likely won’t be money left for fun.

So I can understand why the prospect of home ownership isn’t particularly appealing to Tony, the 31-year-old pharmacist who wrote this month’s cover story (“Hey, Big Spender,” page 36). Instead of shackling himself to a 30-year mortgage, he lives with his parents in his childhood home and spends his money on the business of pleasure. He travels and eats out and has outrageous fun with his friends. (Tony, by the way, is his real first name, and all the details in his memoir are true. Toronto Life has withheld his last name at his request.)

He’s not unique among his peers. A Pew Research study in the U.S. shows that for the first time on record, Americans aged 18 to 34 were more likely to be living with their parents than with a spouse or partner in their own household.

But before you judge Tony and his cohort too harshly—for flagrant extravagance or for mooching off their parents—consider that they might be onto something. For the past decade, the Ivy League schools have been cranking out one study after another showing that people who spend money on experiences rather than possessions are happier. The you-only-live-once ethos of Tony’s generation is grounded in science.

The prohibitive price of home ownership has forced young professionals like Tony to choose paths their parents will likely find unconventional: rent forever, buy a tiny condo downtown, or live at home and party a lot. The model for adulthood is being redefined in Toronto, one millennial at a time.