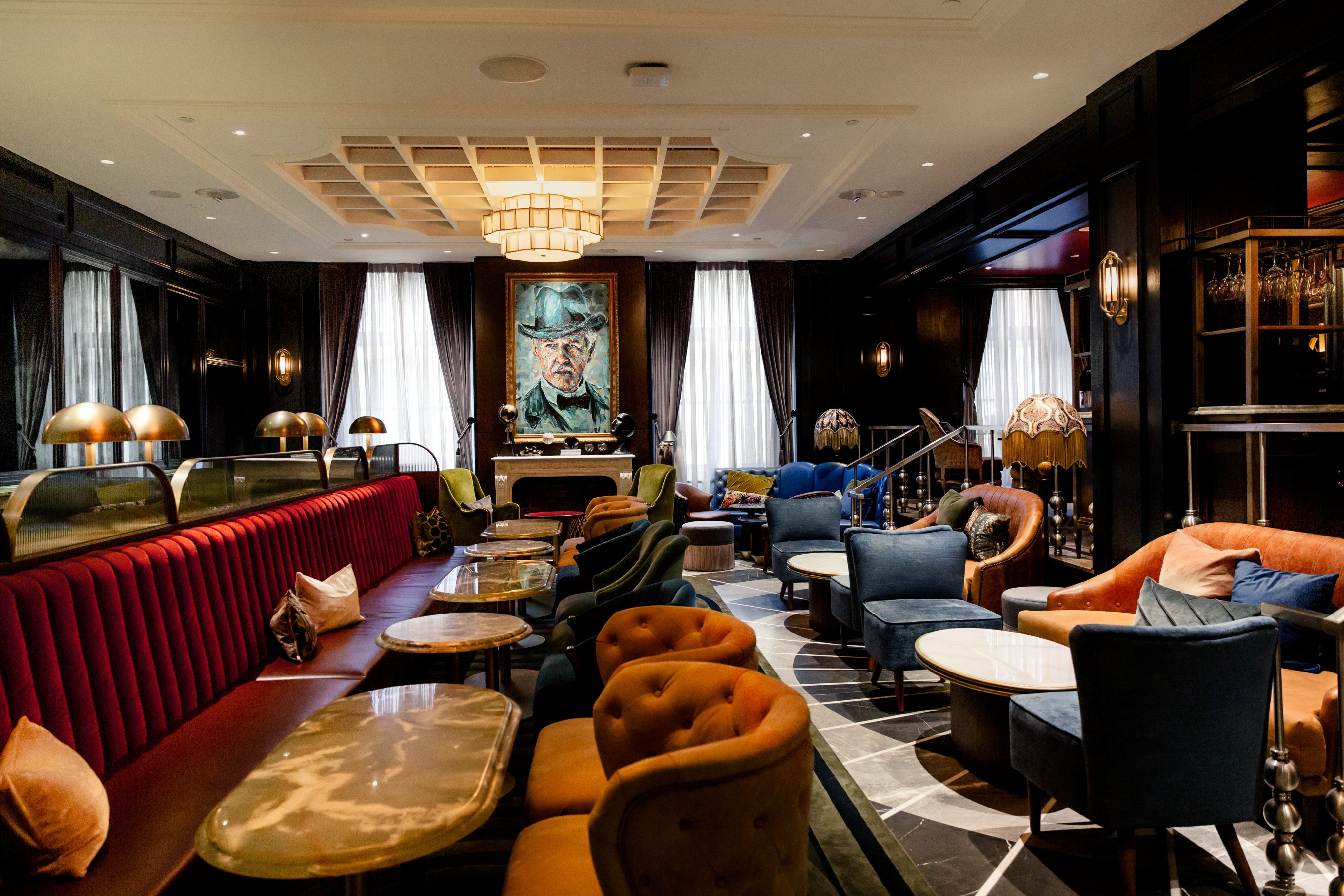 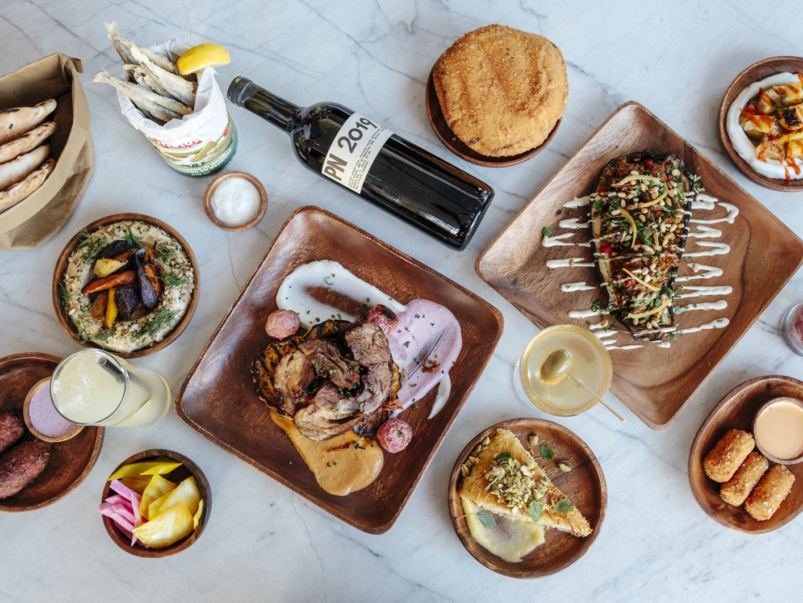 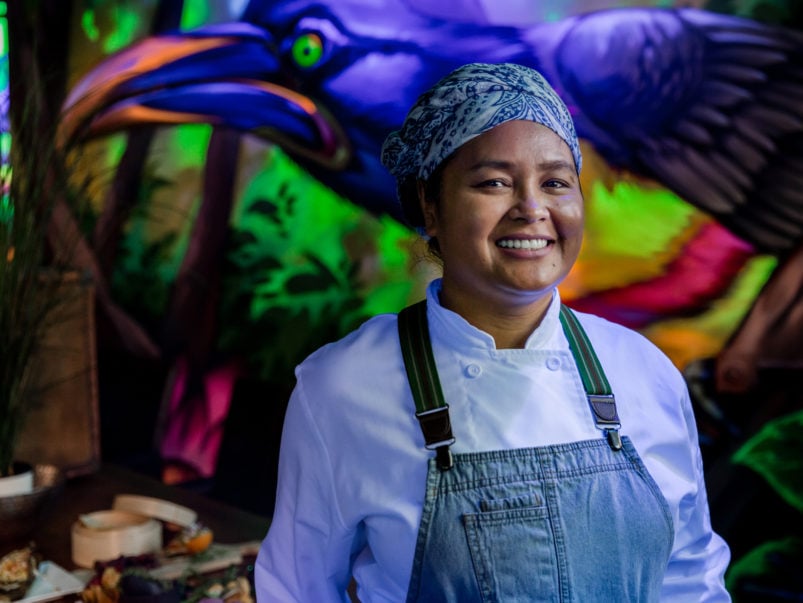 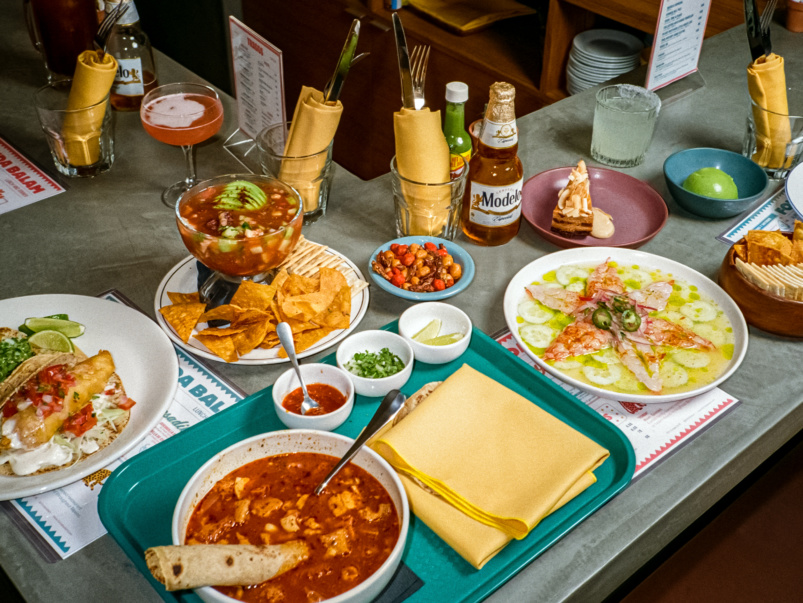 What’s on the menu at Fonda Balam, a new sit-down Mexican restaurant from the team behind the summer’s hottest taco pop-up

Library Bar reopened to the public on Nov. 4 after a year-long renovation that transformed the storied martini den into a maximalist Art Deco showpiece. Elegant takes on nostalgic classics harken back to this spot’s nearly 50-year history. Canadian Pacific Hotels, owned by the railway and built alongside it, is the Fairmont brand’s great-grandparent. Order the chowder and fancy yourself a turn-of-the-century train traveller, warming up after a long journey—the comforting dish was served to weary voyagers at every railway hotel of olde. Or take the Bay Street, a prime rib beef dip sandwich that’s been a staple since the bar opened its doors in 1972. Back then, the roast was carved tableside on a formal trolley (which has gone the way of Watergate salad). Cocktail bites like oysters Rockefeller and a few eye-catching desserts round out the menu.

Director of beverage Rus Yessenov organized the cocktail card around literary genres: romance for easy-drinking aperitifs, mystery for enticing curiosities, and fantasy for potions that, partly due to the alcohol content, help facilitate respites from reality. Library Bar’s signature drink, the Birdbath Martini, is mixed tableside and features bespoke vodka or gin distilled for exclusive use in that cocktail (in case there was any doubt about how seriously this place takes its booze). The tight wine program centres on small, sustainable producers; and for beer drinkers, there are a few Bellwoods brews on offer alongside Heineken and Duvel Belgian golden ale.

Think minimalism…then picture the opposite of that. Jewel-toned velvet upholstery lines plush armchairs and sofas, chandeliers hang from coffered ceilings, and fringed lampshades call back to early Toronto’s jazzier days. The tables are made of semi-translucent onyx marble, and dramatic paintings of flora and fauna line the walls. Above the mantelpiece, there’s a commissioned oil painting of George Locke. A prominent turn of the century librarian and literacy advocate, he hand-picked the books for the Fairmont’s library when it opened in 1929. (And judging by the painting, had impeccable hat game). 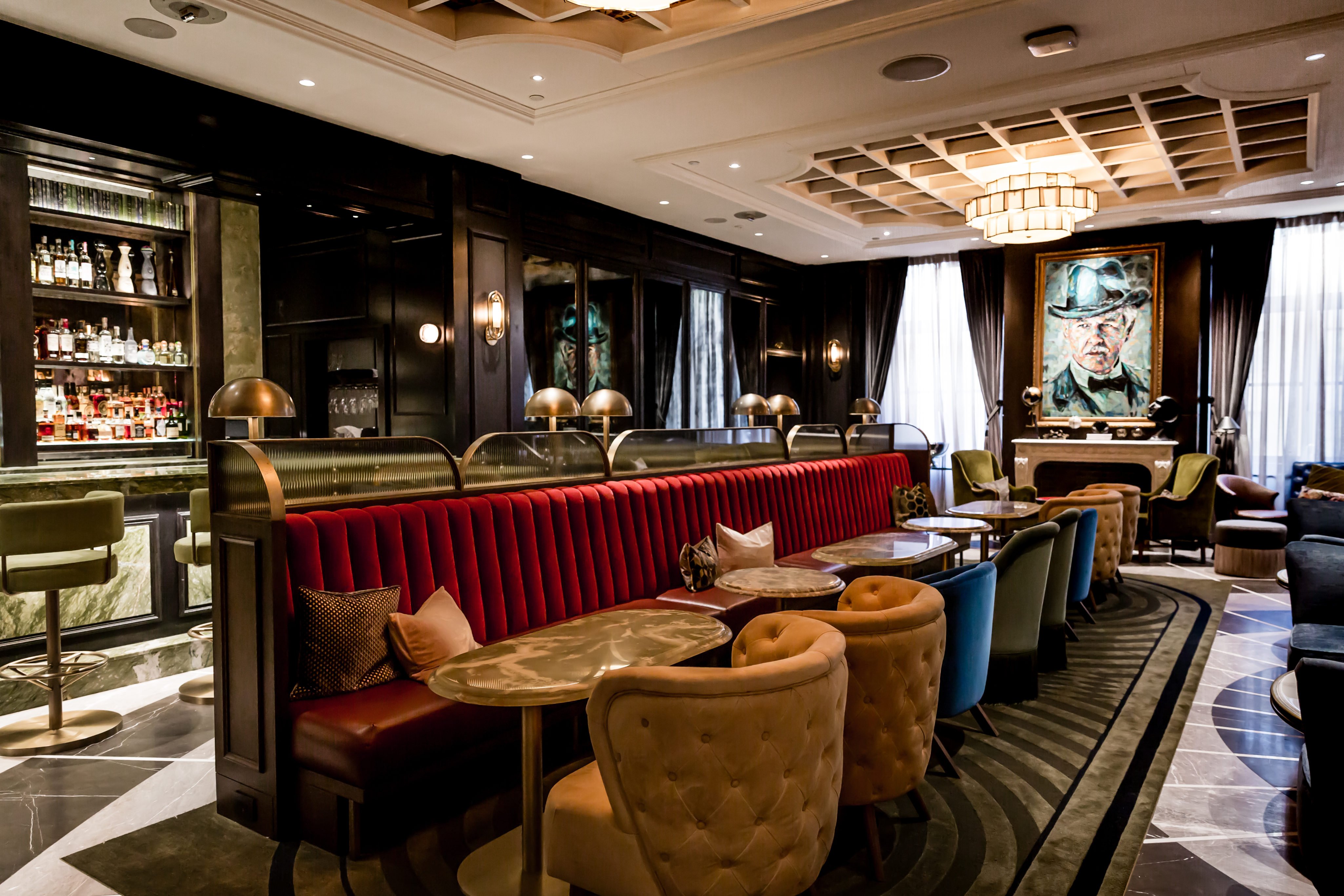 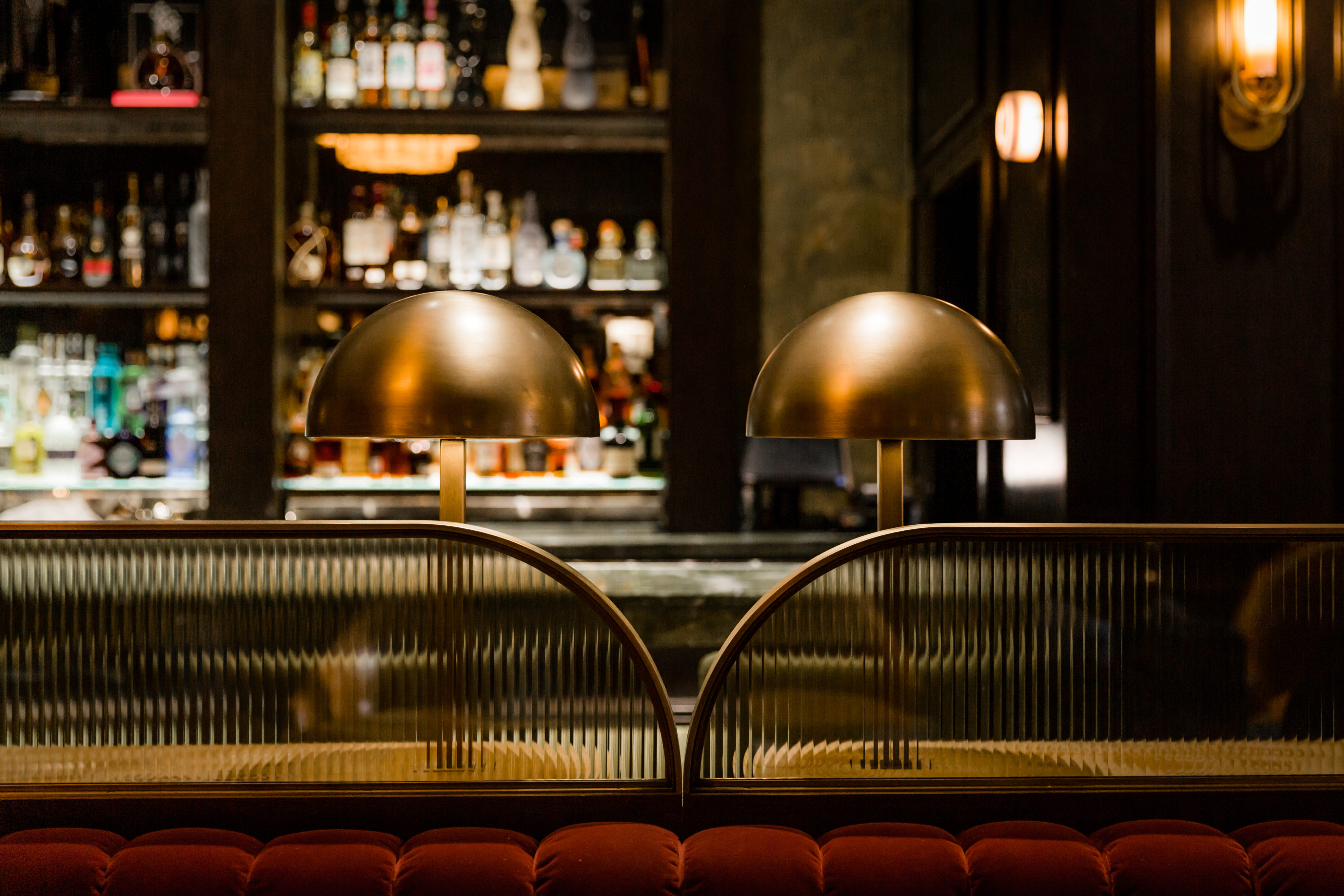 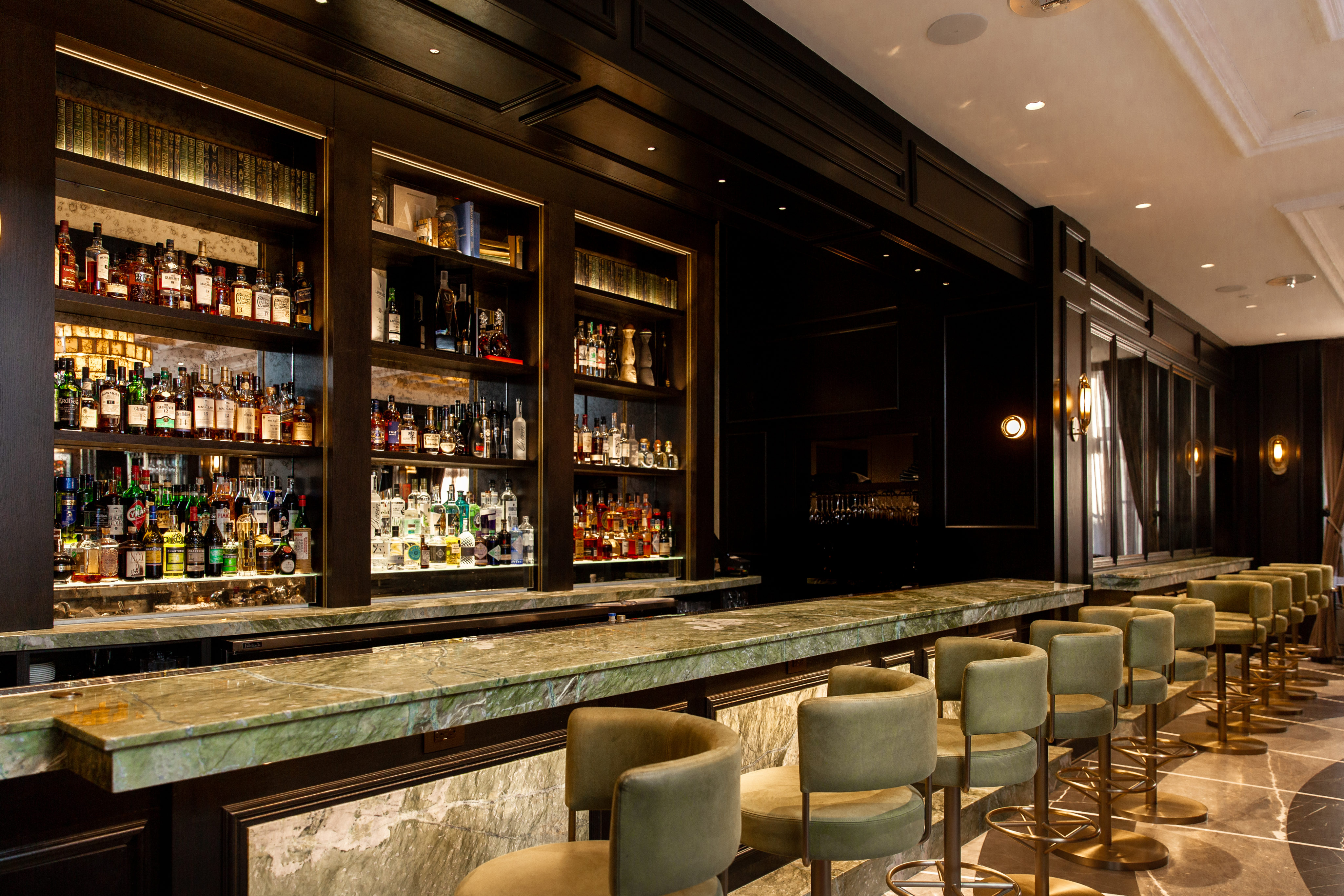 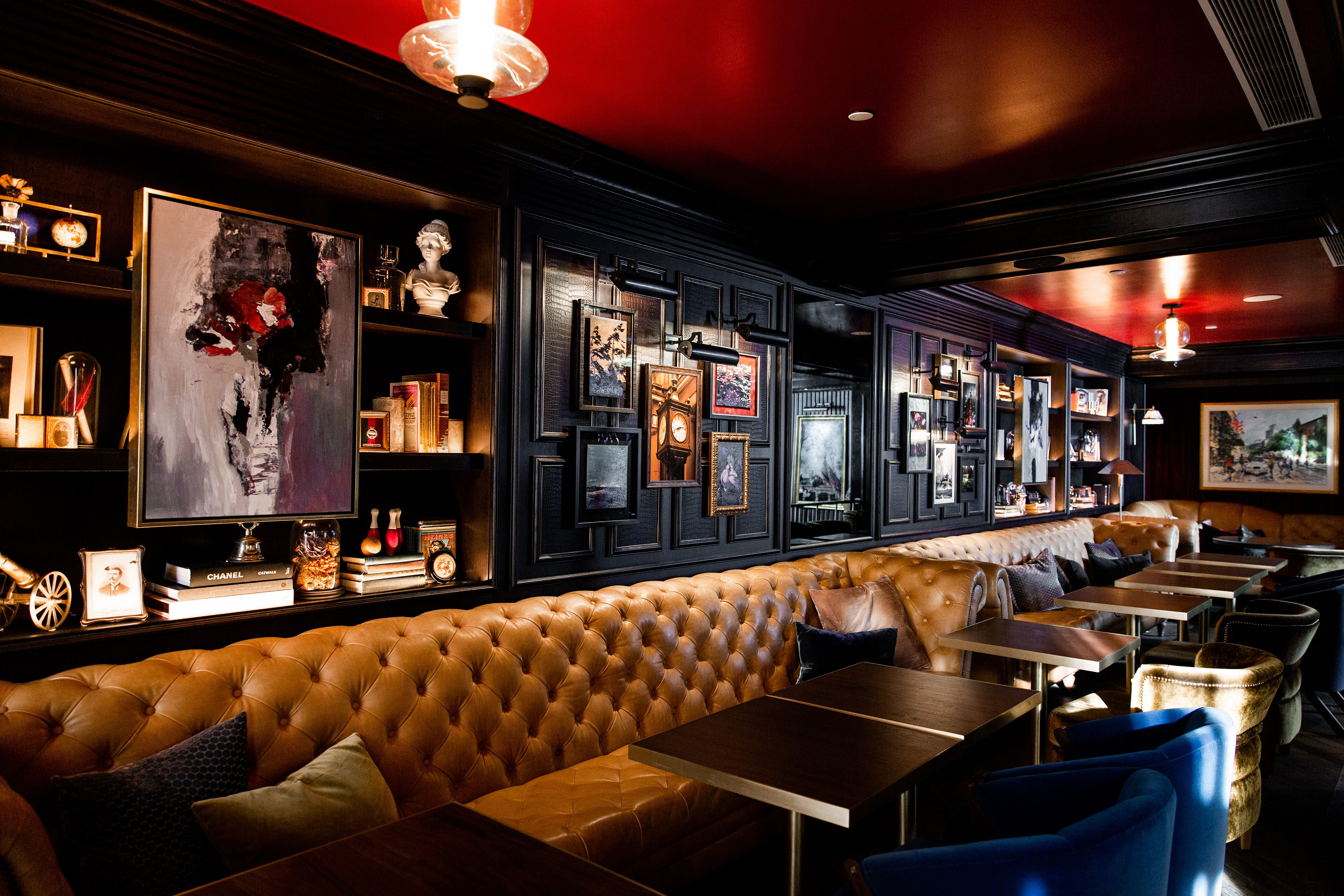 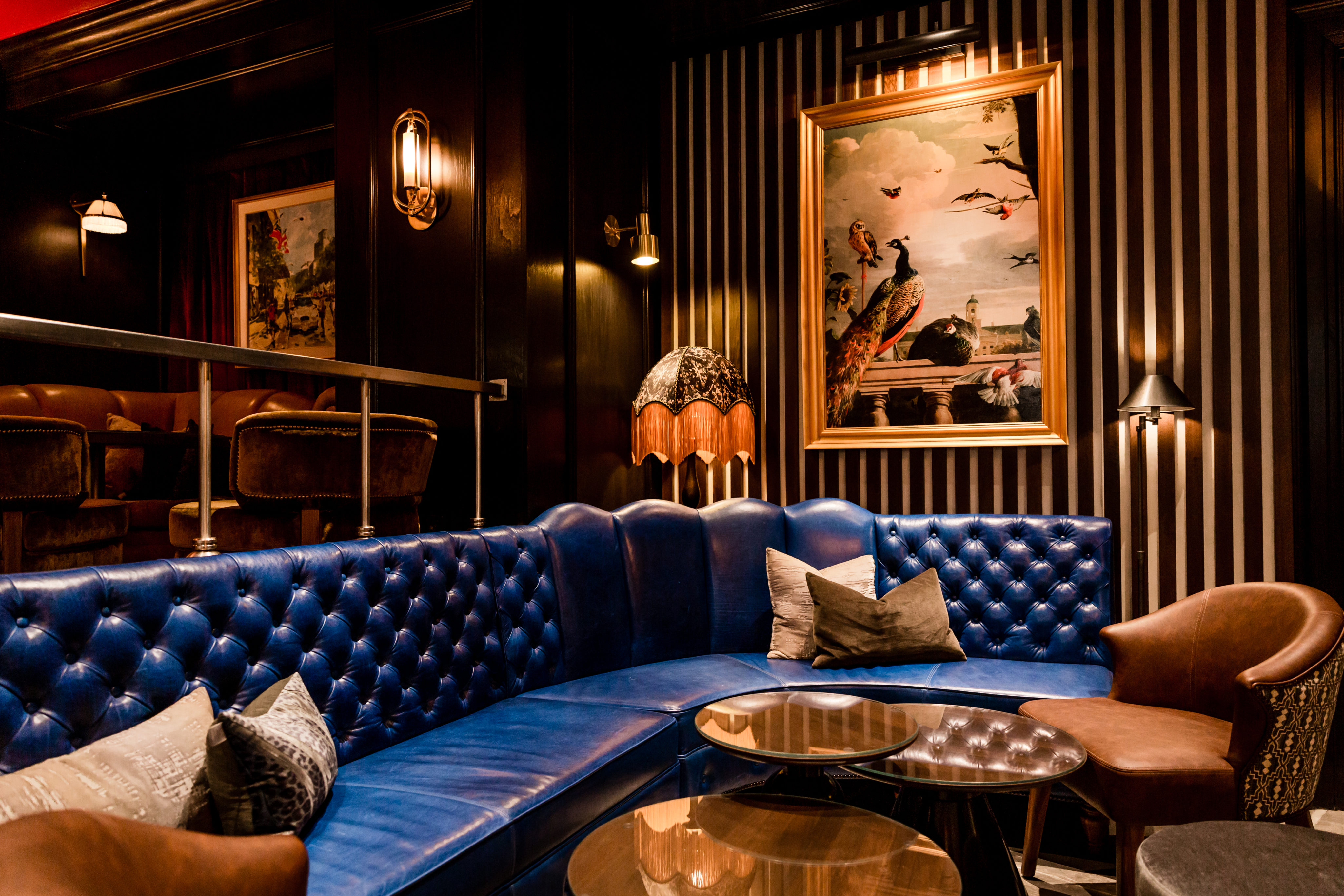