What’s on the menu at The Grand Elvis, Anthony Rose’s ode to old-school American, on Dupont

What’s on the menu at The Grand Elvis, Anthony Rose’s ode to old-school American, on Dupont

Anthony Rose cut his teeth in some of N.Y.C.’s most prestigious kitchens before returning to Toronto in 2006 to work at the Drake. Then in 2012, he opened his first of many restaurants, Rose and Sons, his modern take on a Jewish deli. Now, Rose is in the throes of a massive rebranding—he’s more than just latkes and brisket! This past November he flipped his Schmaltz Appetizing outpost on Ossington into a funky Mexican joint called Gordy Smiles. And he’s replaced Rose and Sons with the Grand Elvis, an ode to the restaurants he loved while living in New York.

“I lived in New York for almost 10 years and the restaurants I just loved there were P.J. Clarke’s, JG Melon and Minetta Tavern—those classic old-school American restaurants,” says Rose. “Everything on here is a take on something else, but it’s all big, bold accessible food: burgers, steaks, salads, pizzas.”

The wine-focused drink list has no geographic heart. There are aged chardonnays from France, skin-contact sparklers from Ontario, pinot noir from Oregon, shiraz from Australia and tempranillo from Spain. “They’re all just great wines,” says Rose, who made sure to stock a bunch of fancy magnums. “I want everything to be a party, which is how I like to eat and drink.” Customers who order magnums will be part of decorating the restaurant—empty magnums are signed by the table and then proudly displayed on the shelves.

What was two separate restaurants is now the singular Grand Elvis. The 28-seat Dupont Street-facing front room, previously Rose and Sons, is now the Grand Elvis Salon. Palmerston Design nixed the booths and gave the space a bistro-inspired makeover with lush blue velvet banquettes and art-deco light fixtures. To access the 60-seat Grand Elvis Ballroom (previously Big Crow), guests need to walk through the Salon, down into the twinkle light–spangled basement and back out again. The kitchen back here churns out all of the restaurant’s smoked and grilled items, which are cooked over a huge coal fire that crackles and pops. 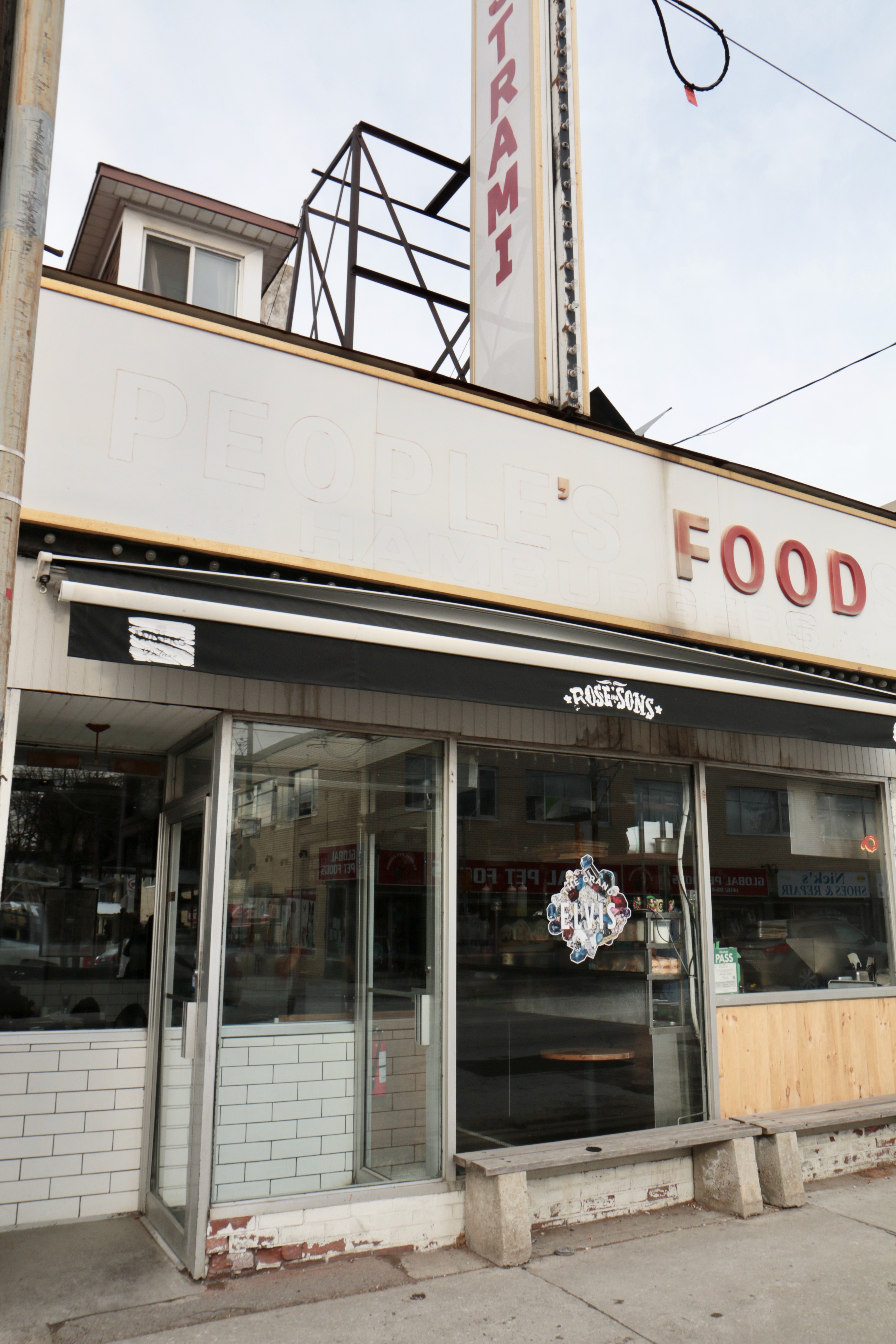