What’s on the menu at Smoke Bar and Kitchen, an unconventional barbecue joint on Queen West

What’s on the menu at Smoke Bar and Kitchen, an unconventional barbecue joint on Queen West

With a name like Smoke—and from the same team behind Hogtown Smoke—you’d expect classic barbecue at this new Queen West restaurant (in the old Lisa Marie space). However, while there are still ribs, grilled bird and brisket on the menu, the focus isn’t strictly on meat and the flavour profiles are far more global than strictly southern. The brisket, for example, gets an umami jolt from hoisin, while the ribs get some kick from gojuchang, and a cauliflower steak comes doused in chimichurri.

Cocktails steal the show at Smoke, with a whole bunch of potent potions that riff on classic libations. The taps, meanwhile, pour local heavy hitters (Amsterdam, Steam Whistle) alongside two Innis and Gunn brews and a rosé cider from Angry Orchard.

The 80-seat room looks onto Queen West through a roll-up garage door. The majority of the seating is communal, but there are a few two- and four-tops scattered around the space. A blown up photo from the 1904 Great Fire stretches across an entire wall (a hat tip to Hogtown’s past), while graffiti pops gesture towards Queen West’s present. 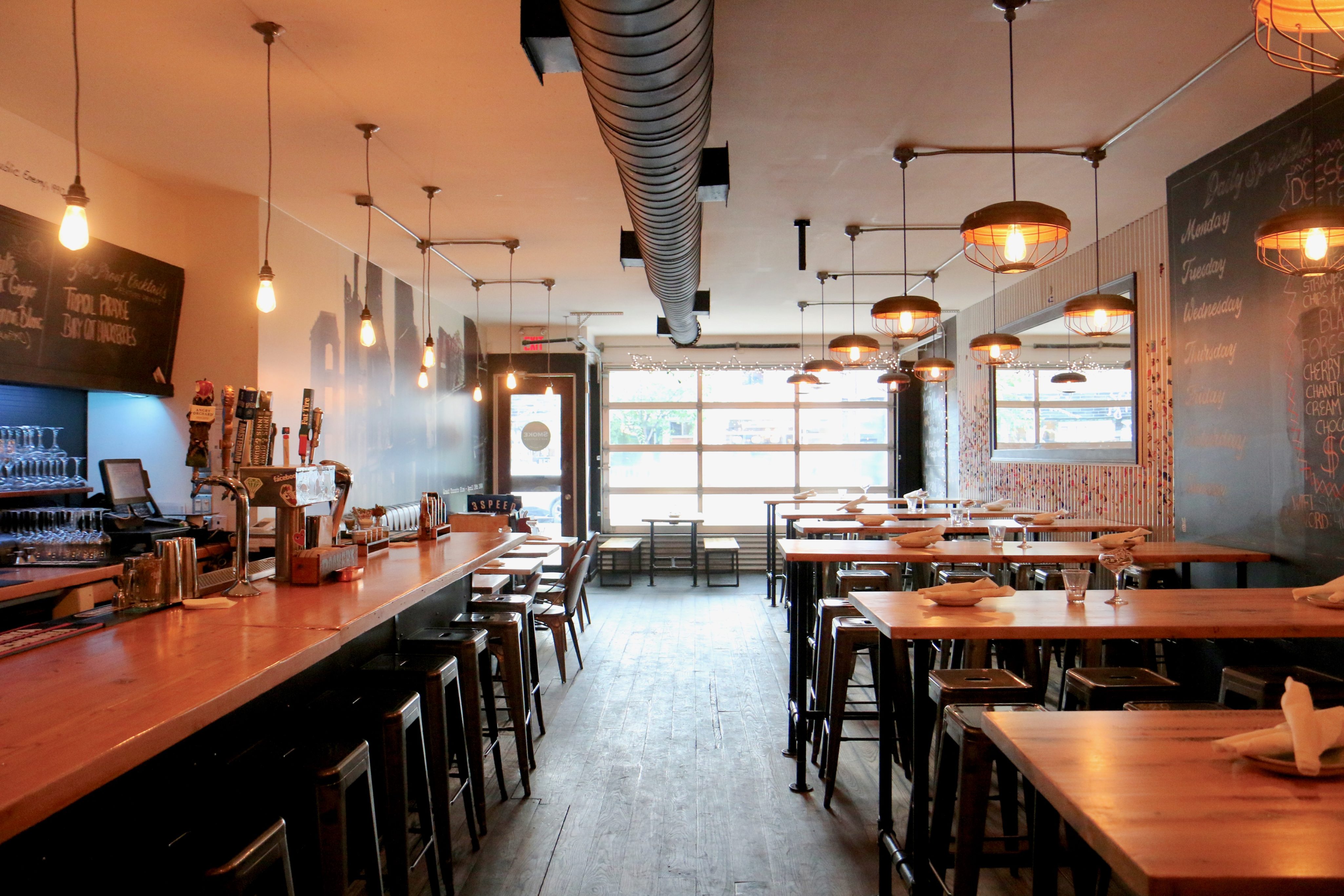 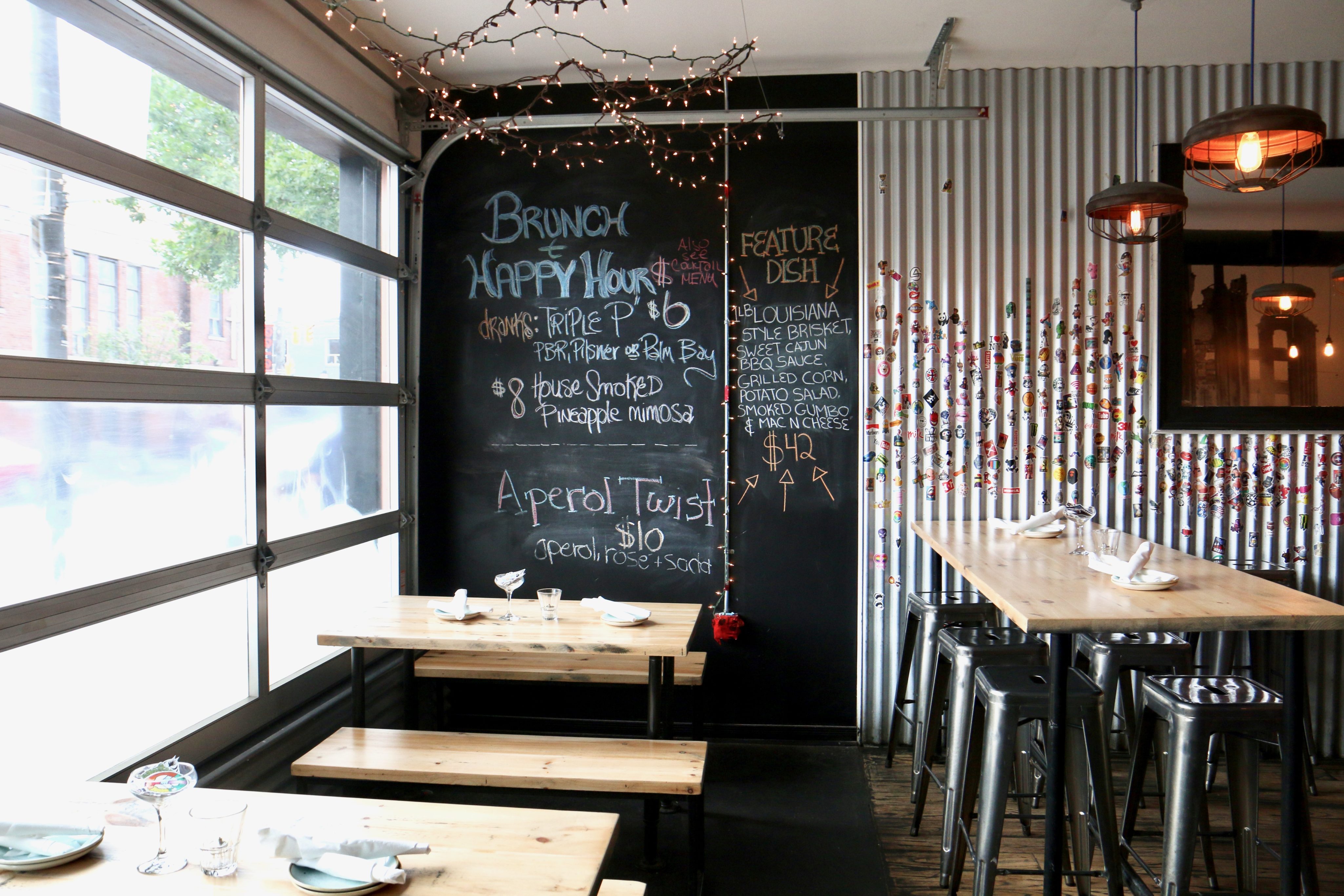 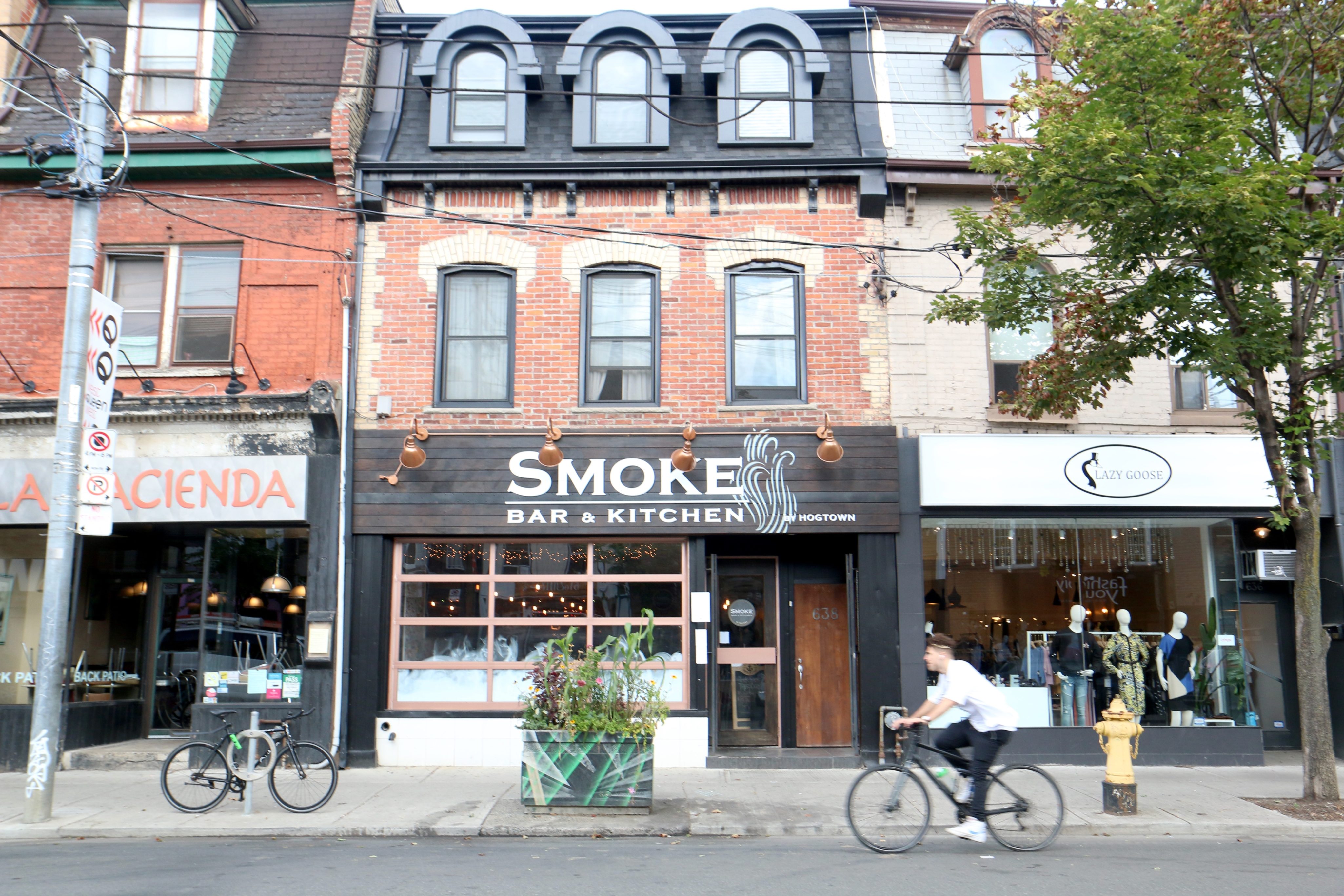