What’s on the menu at Pétros 82, the new Greek restaurant and lounge inside Hotel X

What’s on the menu at Pétros 82, the new Greek restaurant and lounge inside Hotel X

Peter Eliopoulos has been in the hospitality business for a long time—almost four decades. Today, his banquet hall business hosts three dozen weddings weekly, but back in 1982 he had only one restaurant: a Greek counter in North York that served his grandmother’s best recipes. Nothing was fancy, but the place developed a serious fanbase. People would call in advance to put dibs on the roast potatoes.

If it was up to Eliopoulos, the menu at Pétros 82 would be a carbon copy of his grandma’s greatest hits (her lamb chops and pasta did make the menu), but chef Richard Andino complements the traditional Greek recipes with dishes like a miso black cod with quince and kale in a sweet chili-soy butter, and a walnut-crusted rack of lamb. There’s even a fully vegan, gluten-free eggplant lasagna on offer.

“Almost everything on the wine list is influenced by the ocean with an old-world direction,” says sommelier Matthew Ius, who has also included some small-batch Ontario producers, including Pearl Morissette, to sate the hotel guests’ thirst for local stuff. The majority of the bottles, though, are from old-world coastal regions such as Sicily, Santorini, Corsica, Lebanon and the Azores. And with names like Alexander III and Gladiator, the cocktails have a distinctly Greek influence.

The 10,000-square-foot space has been done up in a Greek colour scheme of blue hues and white. A 1,200-bottle glass-encased wine cellar separates the laid-back bar area from the 160-seat dining room, and an open kitchen runs the length of the entire restaurant. There’s also a private dining area in the back that can accommodate parties of up to 100 people. Come next spring, a 50-seat patio will overlook the historic Stanley Barracks. 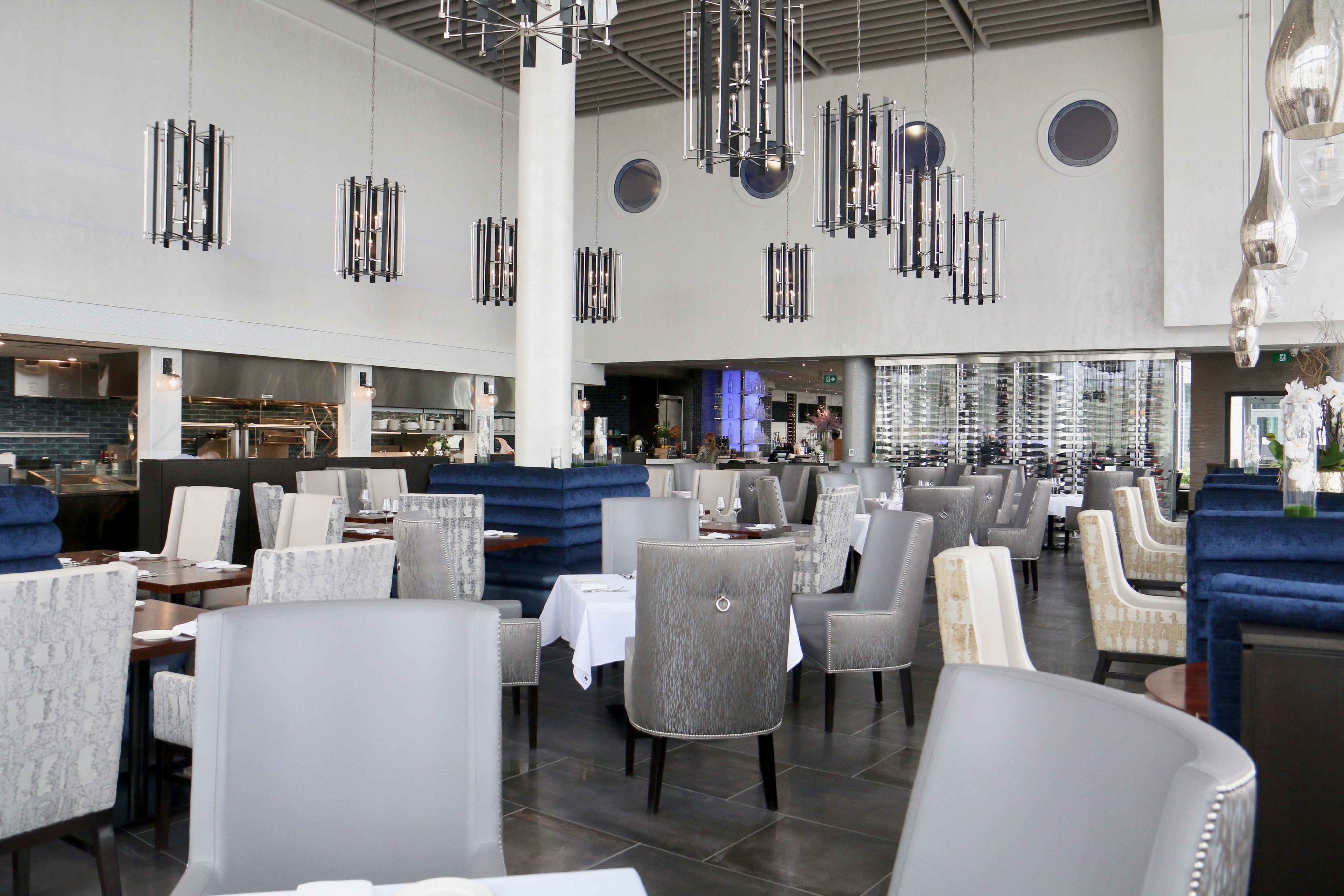 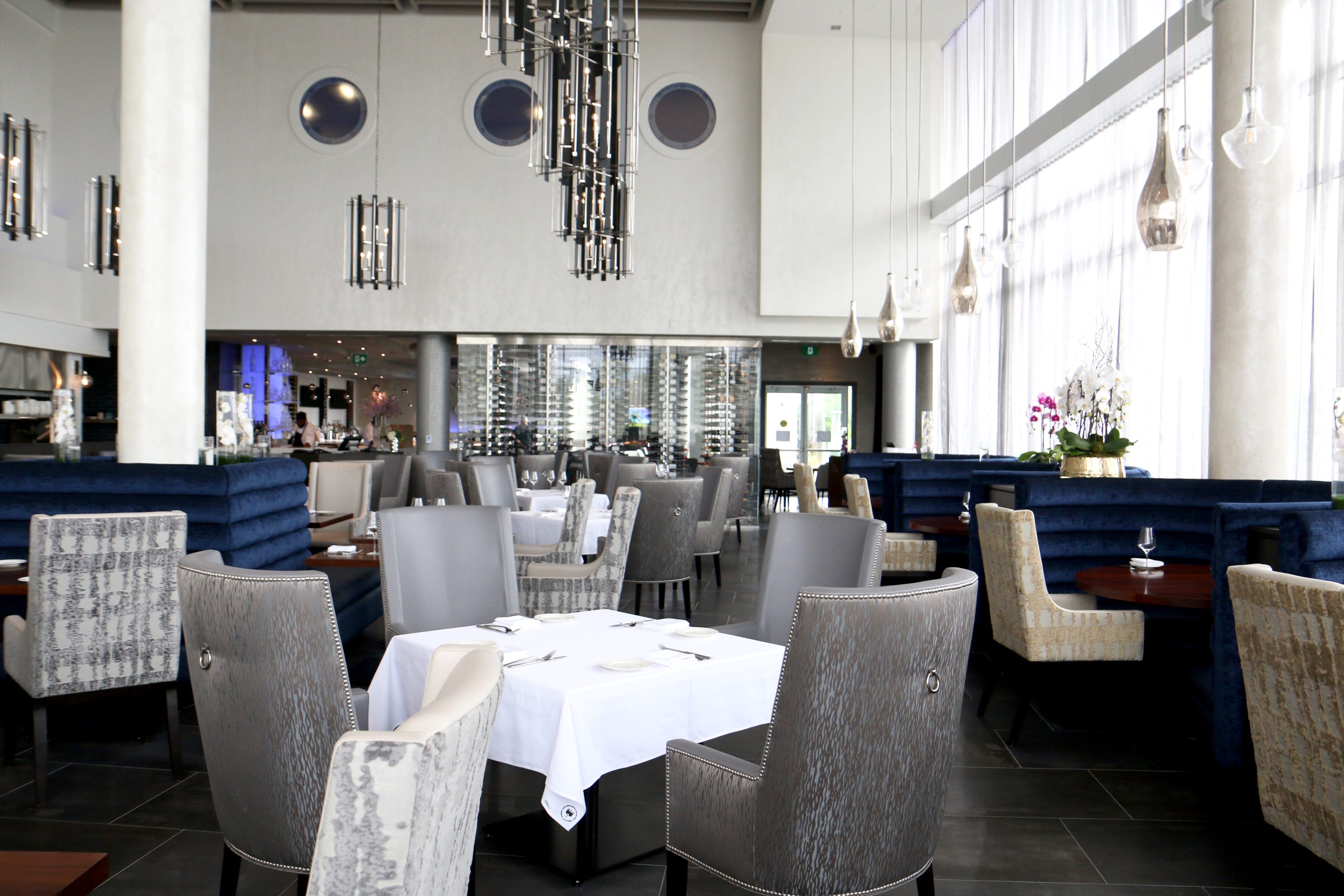 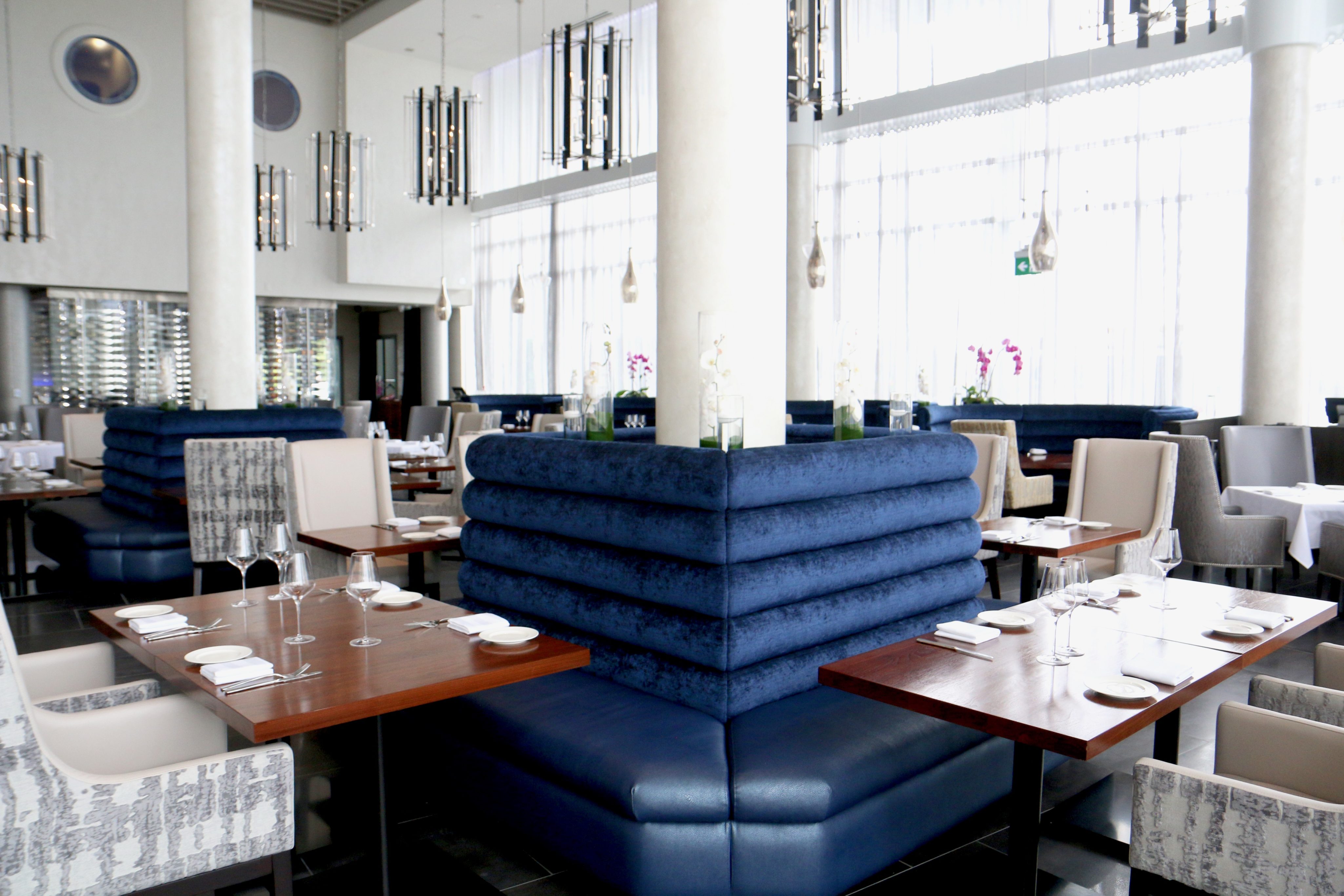 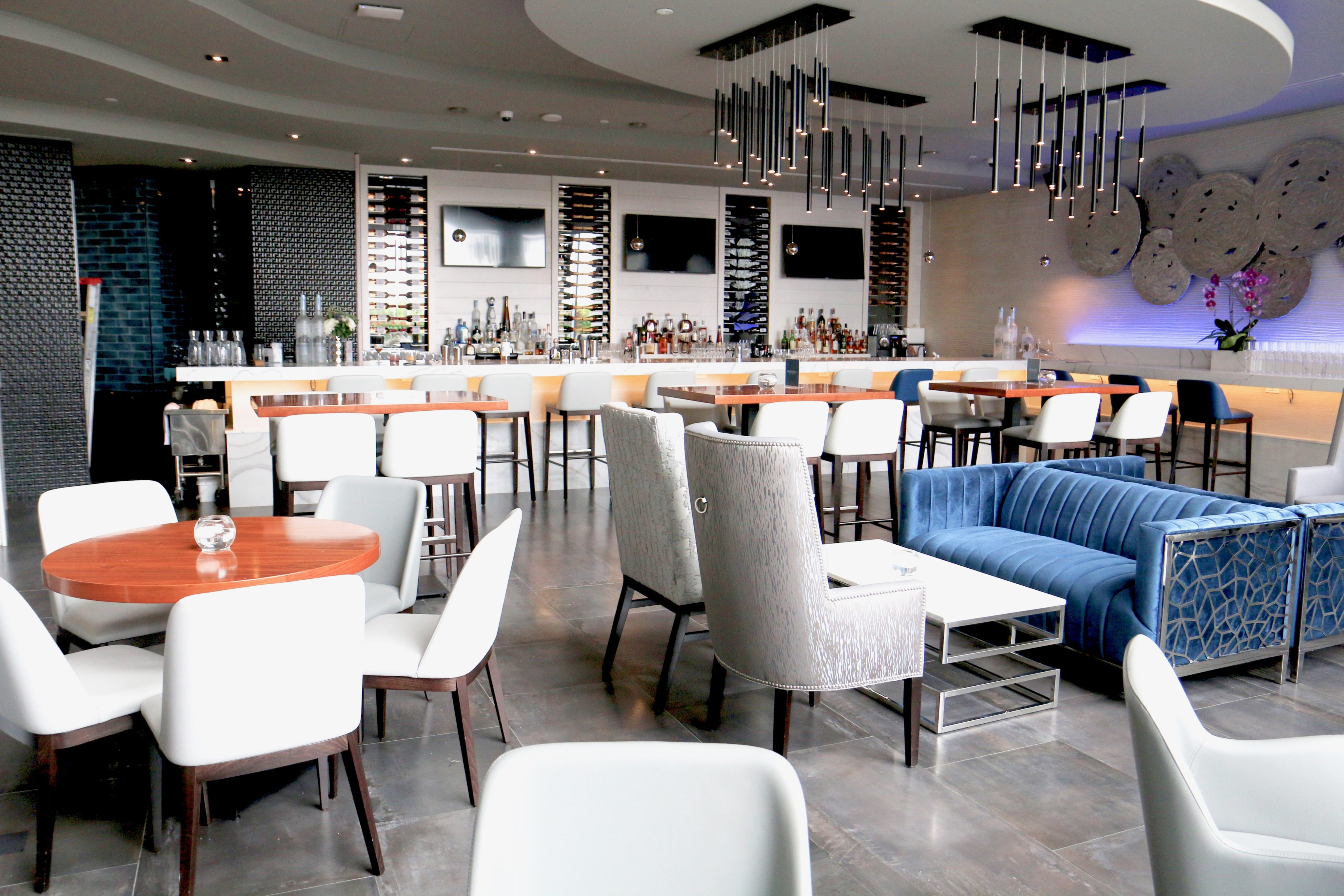 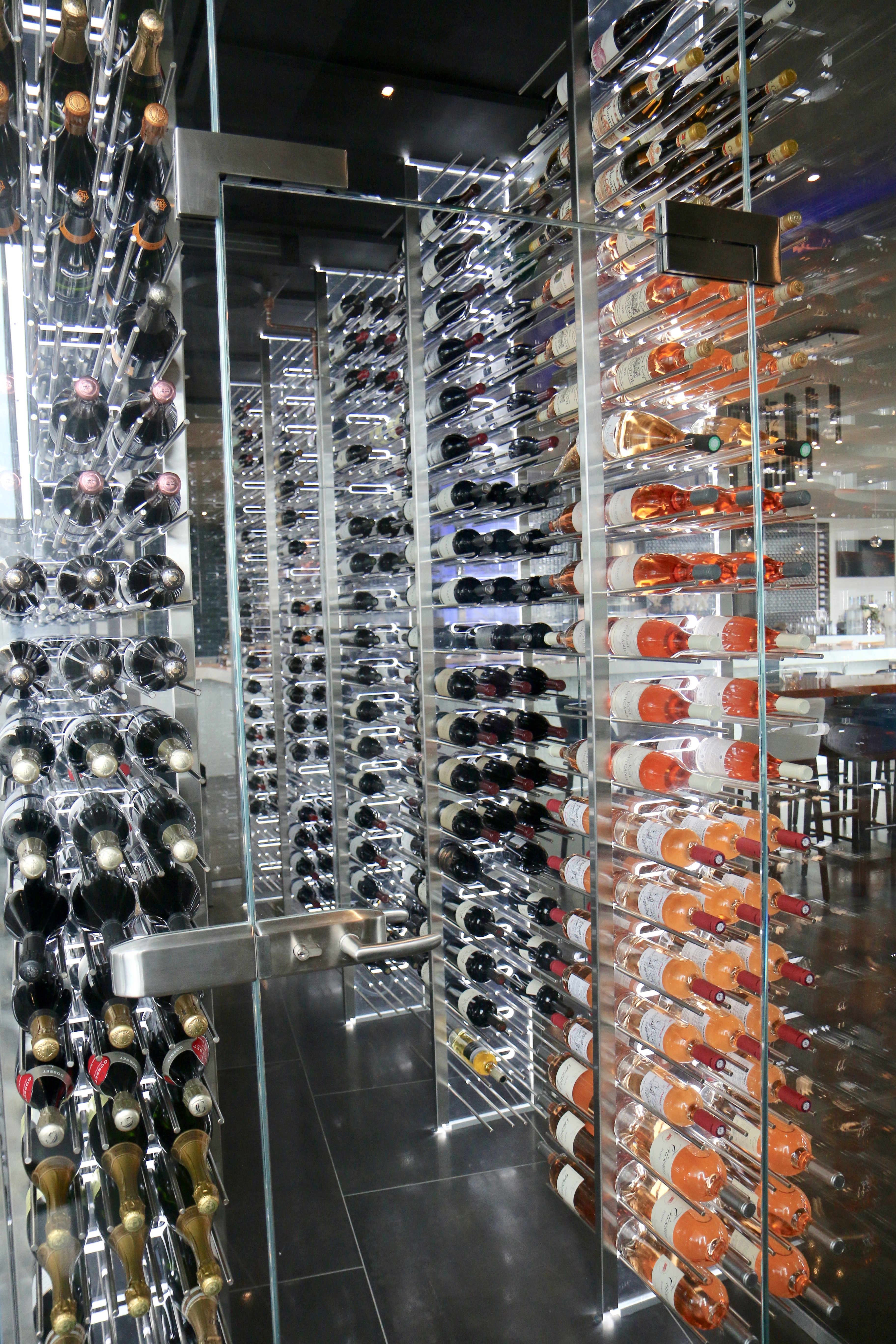