What’s on the menu at Babel, O&B’s new Mediterranean restaurant in the Bridle Path

What’s on the menu at Babel, O&B’s new Mediterranean restaurant in the Bridle Path

If the Tower of Babel is an origin myth that seeks to explain why people speak different languages, then the restaurant Babel aims to show diners that food is a universal language without borders. Babel is Mediterranean in the broadest sense, with techniques and spices mixing and matching from across every country the sea touches. “There are 22 countries represented in this menu,” says Moshe, who was born in Montreal, raised in Tel Aviv and finds himself taking inspiration from the meals his mother used to make. Live-fire cooking is also at the heart of the menu, and the kitchen’s hearth roasts eggplants, slow-cooks lamb shoulders, chars fennel, and grills octopus and branzino.

O&B ran into some funny booze-related red tape when applying for their liquor licence. Although they can serve beer and wine, they’re not able to pour any spirits yet. But Babel has taken their sour grapes and turned them into a cocktail program that focuses on wine-based tipples. “Because of where we’re located, we also think a lot of people will be driving here,” says O&B’s Rebecca Spence. “So we have an extensive mocktail selection, too.”

DesignAgency (St. Regis Hotel, Kojin, Pearl Morissette) had the daunting task of transforming a section of the vintage strip mall into an inviting space tinged with Middle Eastern elegance. To keep the space cozy, they have divided the 134-seat restaurant into three sections: a bar, a main dining room, and a private dining room. 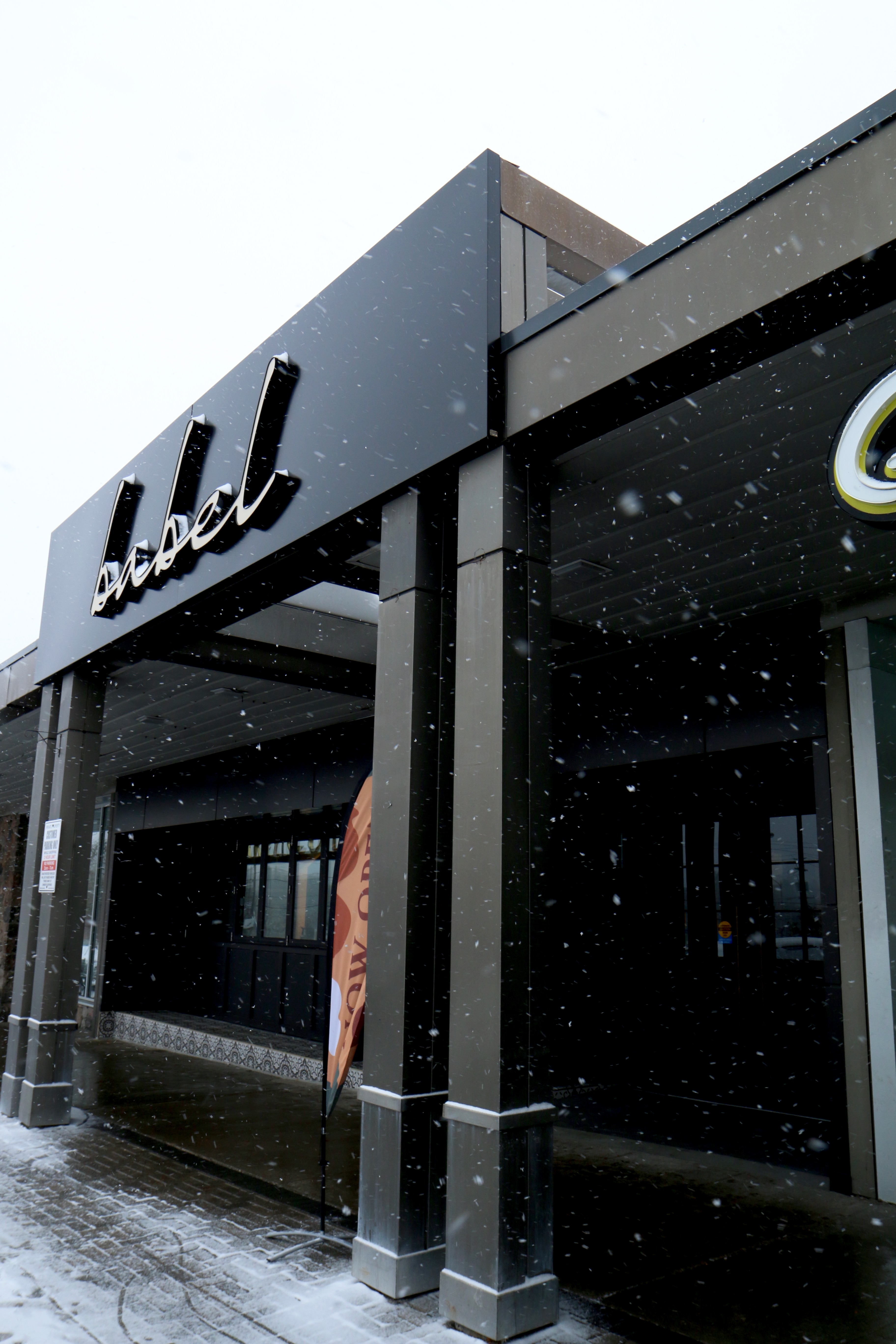