“People keep commenting online about how siu mai isn’t Cambodian,” says Tan. “But I’m not trying to make authentic Cambodian dishes. My food’s more Asian with Cambodian flavours,” he says about his one-page menu, which diners order dim sum-style by ticking a box next each item. The first-generation Canadian went to visit his parents’ home country of Cambodia before opening Tuk Tuk. While he was there, he made giant vats of curry for his mom’s entire village (and he also learned how to kill chickens). He’s taking the flavours from his trip and integrating them into some of his favourite plates.

There’s a short list of familiar cocktails, each created with obscure bitters and Murray’s house-made tonics, syrups and colas. A four-tap draught pours an easy-drinking Czech lager, as well as a gose from Collective Arts that’s brewed with coriander and Himalayan sea salt. A couple of fruity quaffs (a pineapple IPA from Mill Street and Brickworks’ peach cider), along with a smattering of tall cans, round out the beer and cider offerings. The non-boozy drinks are plentiful, and include house-made sodas, and interesting iced teas flavoured with things like hibiscus and rose hip.

The narrow space is a no-frills ode to DIY, or rather, what happens when your contractor doesn’t show up, so you fire him and then have to figure out how to decorate a 40-seat room on a shoestring budget. The ceiling is a mosaic of plywood and random tiles that Tan salvaged, while the walls are decked out with repurposed wood (most of it rescued from a now-demolished Spadina Road hardware store). 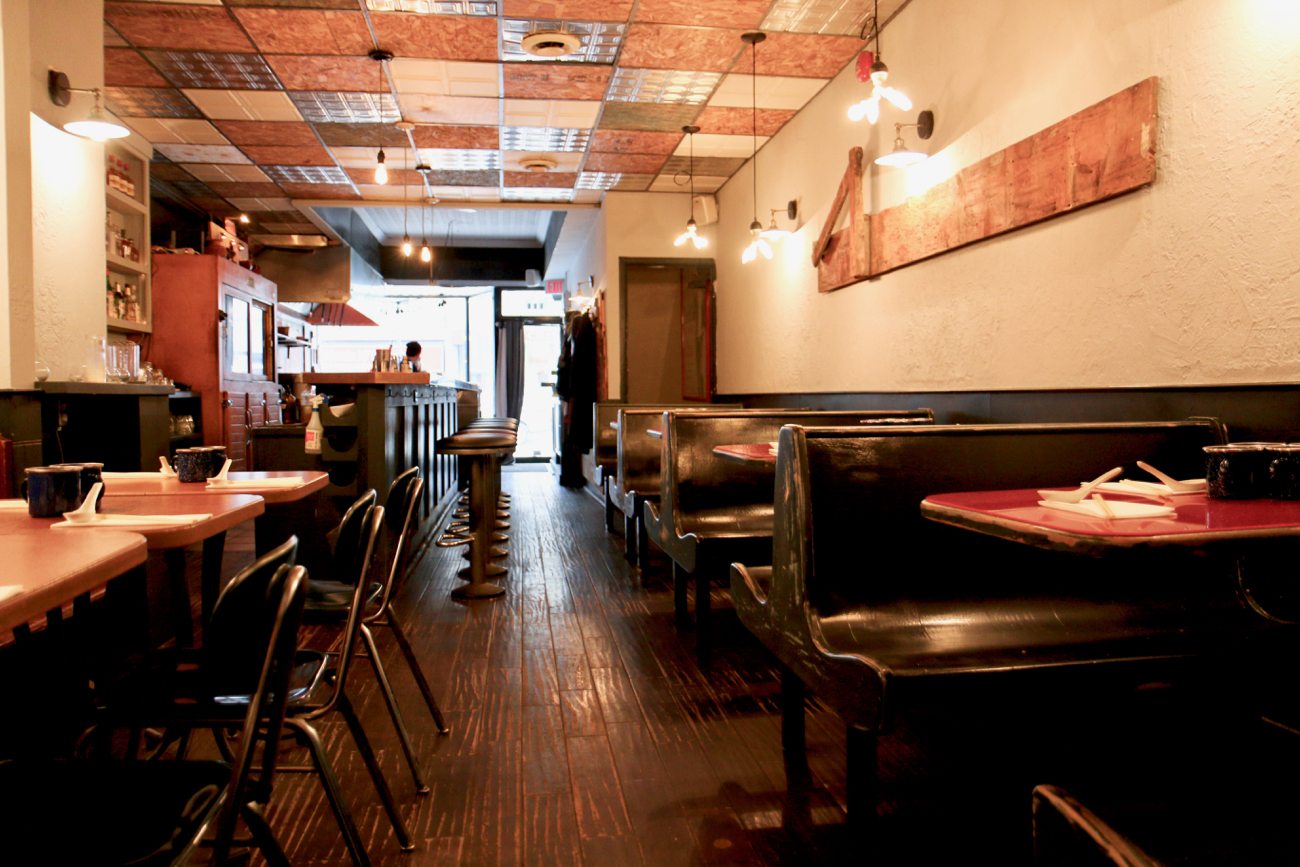 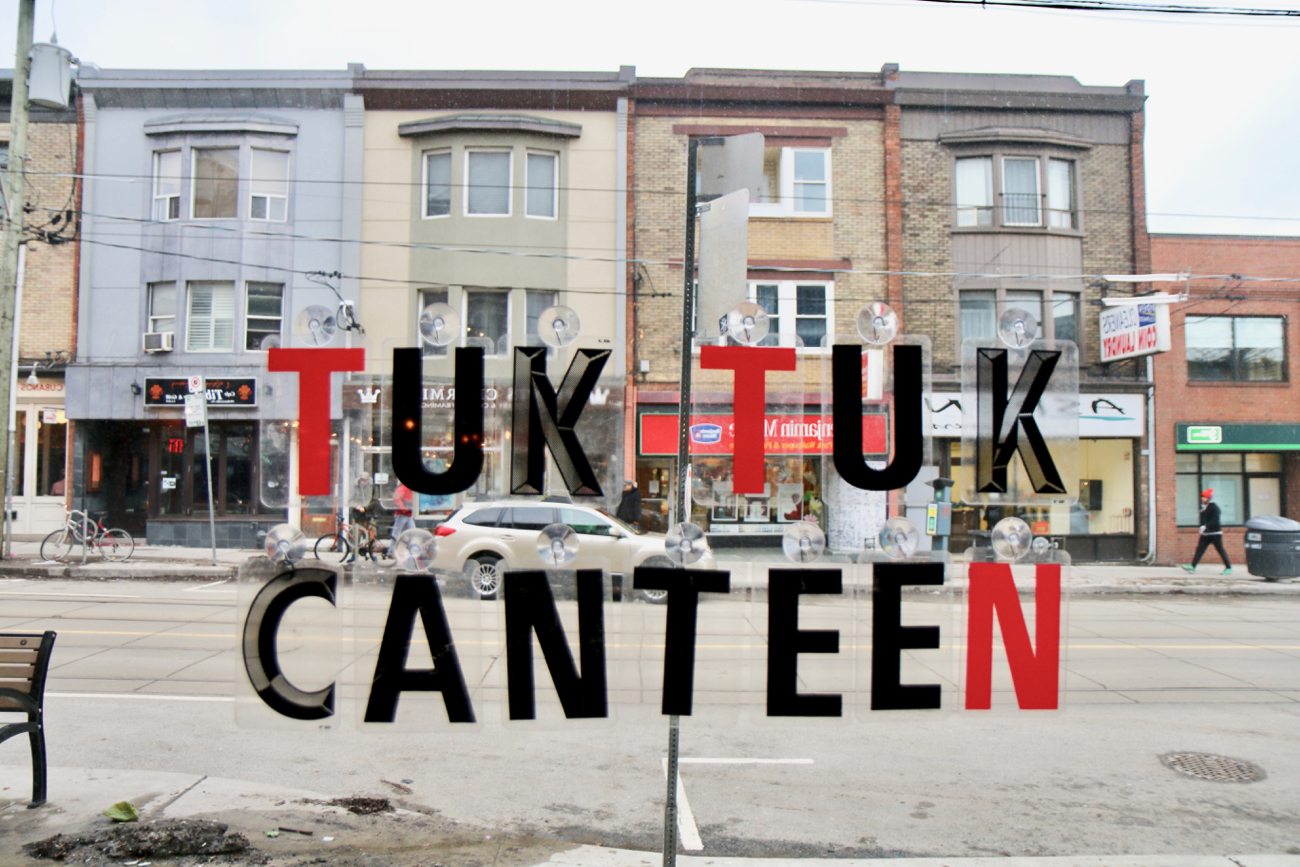 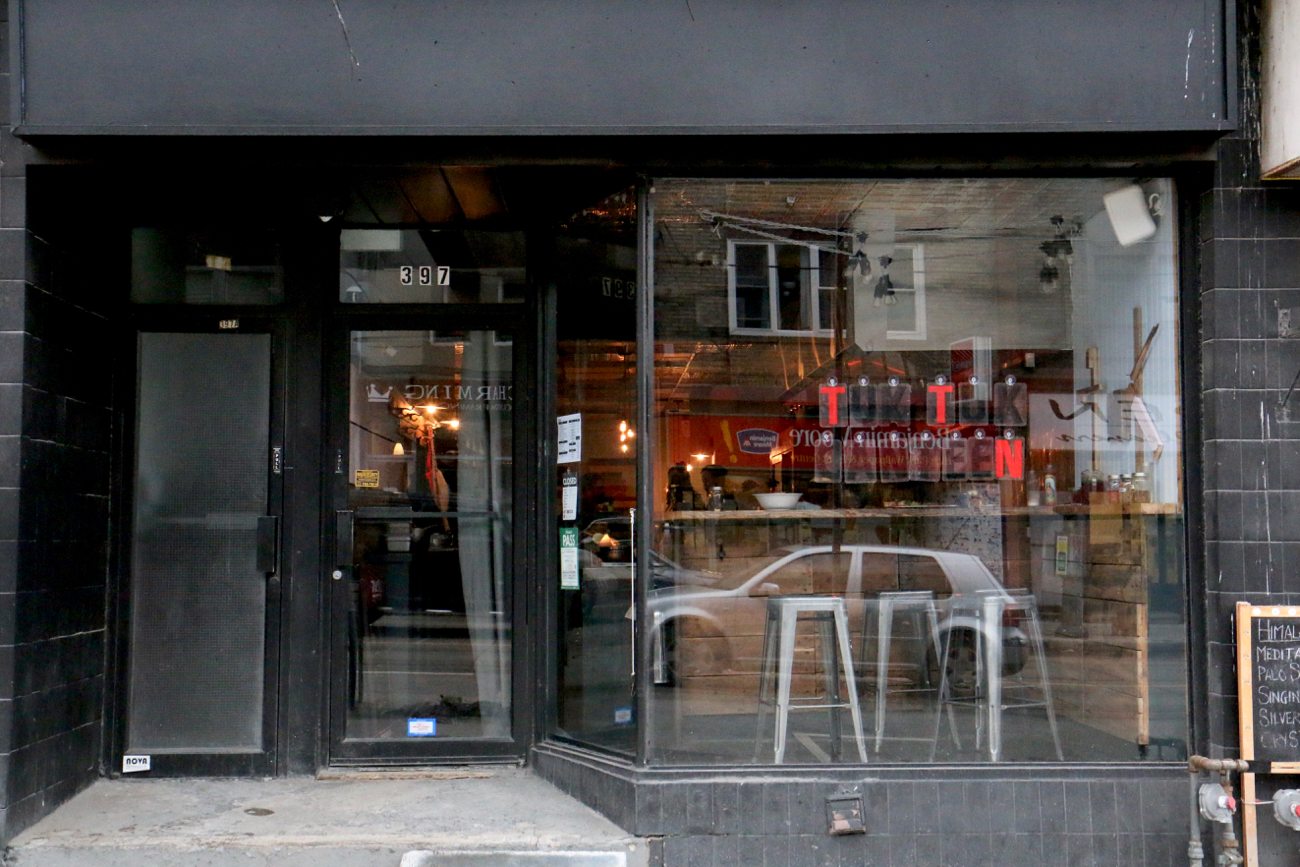