Regis Jay grew up eating jerk sandwiches from Donald Simpson’s popular North York lunch counter, Allwyn’s Bakery. And even after he moved to King West, Jay would trek to his old neighbourhood just to satisfy his patty cravings. Rather than continue braving the DVP, Jay decided to bring a taste of uptown downtown by opening a shop that would serve his favourite Jamaican eats—made by his favourite Jamaican chef. This is Jay’s second Roywoods location (the original is in CityPlace) but it’s the first to serve booze and brunch.

Super-potent tropical cocktails—like the Sugar Pie made with coconut rum, amaretto, butterscotch schnapps and soda—that go down way too easily. On weekends, the kitchen closes at 11:30 p.m., which is when Roywoods becomes more bar than restaurant.

The 26-seat room is decorated with strings of twinkle lights and vintage furniture finds. The walls of the kitchen were even made from parts of an old New Jersey warehouse (Jay refurbished the steel and put in frosted glass). Jay is currently renovating a room in the basement so he can host pop-up shops on a rotating basis. 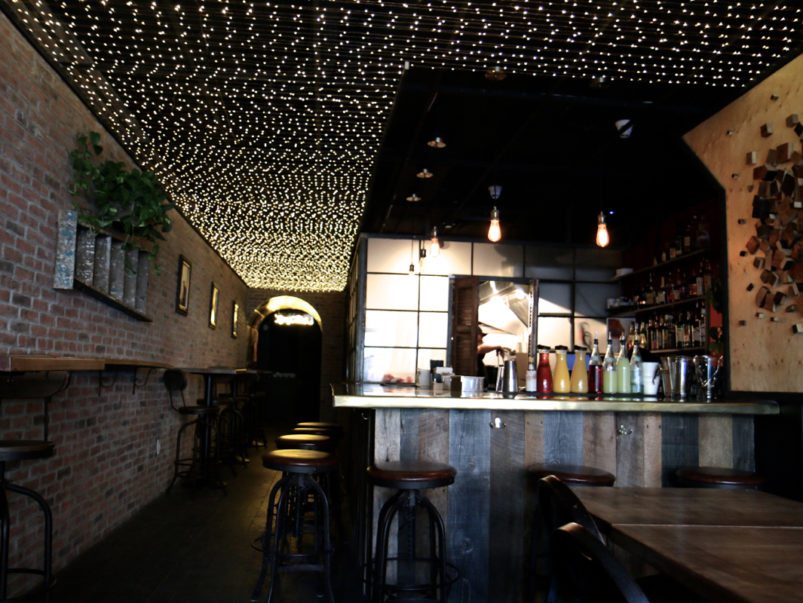 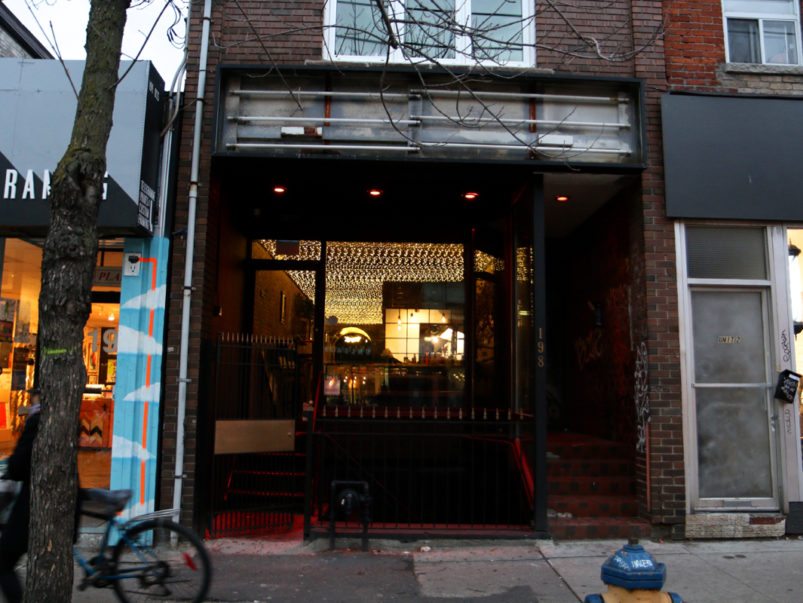