Veganized diner classics made with imitation products so on-point they’ll fool most carnivores: poached “eggs” have yolks that run, and the NY strip “steak” just about bleeds. While the The 5700 Inc. (Doomie’s, The Imperative) has grand plans of transforming Parkdale into “Vegandale” (they’ve already secured two more leases on the strip), McNish’s ambitions are more food-focused. “I just want people to go, ‘Holy shit, this is really good,'” says the chef who’s making everything in house, including cashew-based butter and multiple kinds of vegan cheese.

A 50s diner feel (retro-looking chairs, checkerboard flooring) with a few quirks: artists were commissioned to reimagine famous artworks with an animal theme (“The Last Supper” replaces the apostles with an ark’s-worth of critters, while “The Creation of Adam” swaps out Adam for a cow). There’s also a “vegan selfie” room, obviously. 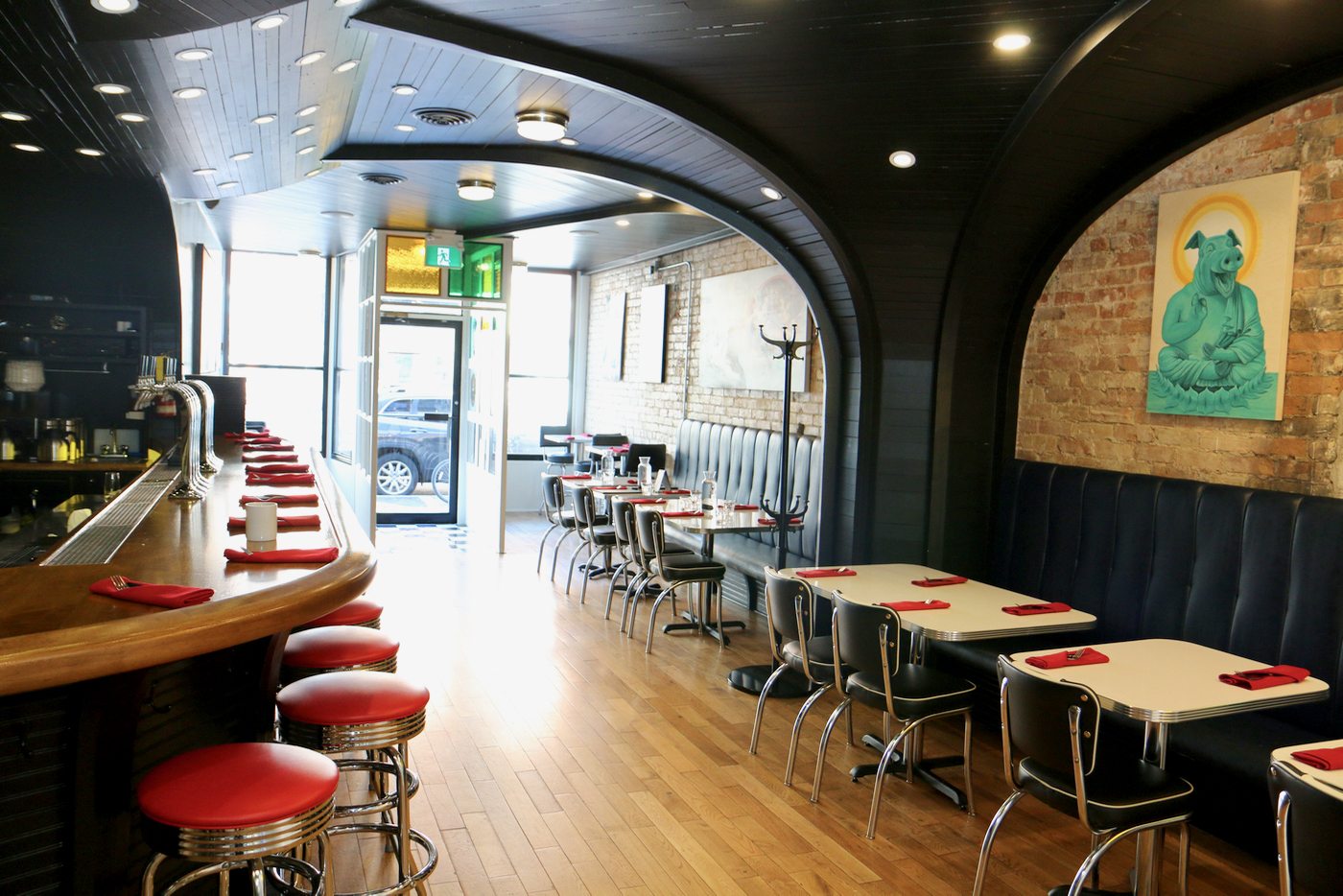