What’s on the menu at Maison Selby, O&B’s new French restaurant inside a 136-year-old heritage house

What’s on the menu at Maison Selby, O&B’s new French restaurant inside a 136-year-old heritage house

Between the haute French cuisine of Auberge du Pommier and Parisian bistro fare served at Biff’s, there’s Maison Selby. The menu is an encyclopedia of French classics: ratatouille, boeuf Bourguignon, escargot, foie gras, sole meunière, steak frites. Even the brunch and breakfast menus abide by the same theme, listing crêpes, omelettes and quiches. “We went simple to let the food speak for itself,” says Walsh, who wanted the plates to be as authentically French as possible.

The extensive cocktail list includes classics and house creations, many of which feature the Maison Selby line of Dillon’s Distillery products. The modestly priced wine list (bottles range from $58 to $95) focuses on French and Ontario grapes, and every single one is available by the glass. Nearly everything else is fermented or brewed in the Golden Horseshoe, including some exciting brews from Hamilton’s Fairweather and ciders from Guelph’s Revel Cider.

This 136-year-old house has had multiple incarnations. It’s been an all-girls school, a gay club, multiple different hotels, and now a French restaurant attached to the gleaming new Tricon rental tower (called the Selby). The new 95-seat restaurant is spread out across four rooms, each has been done up by design firm Solid Design Creative. 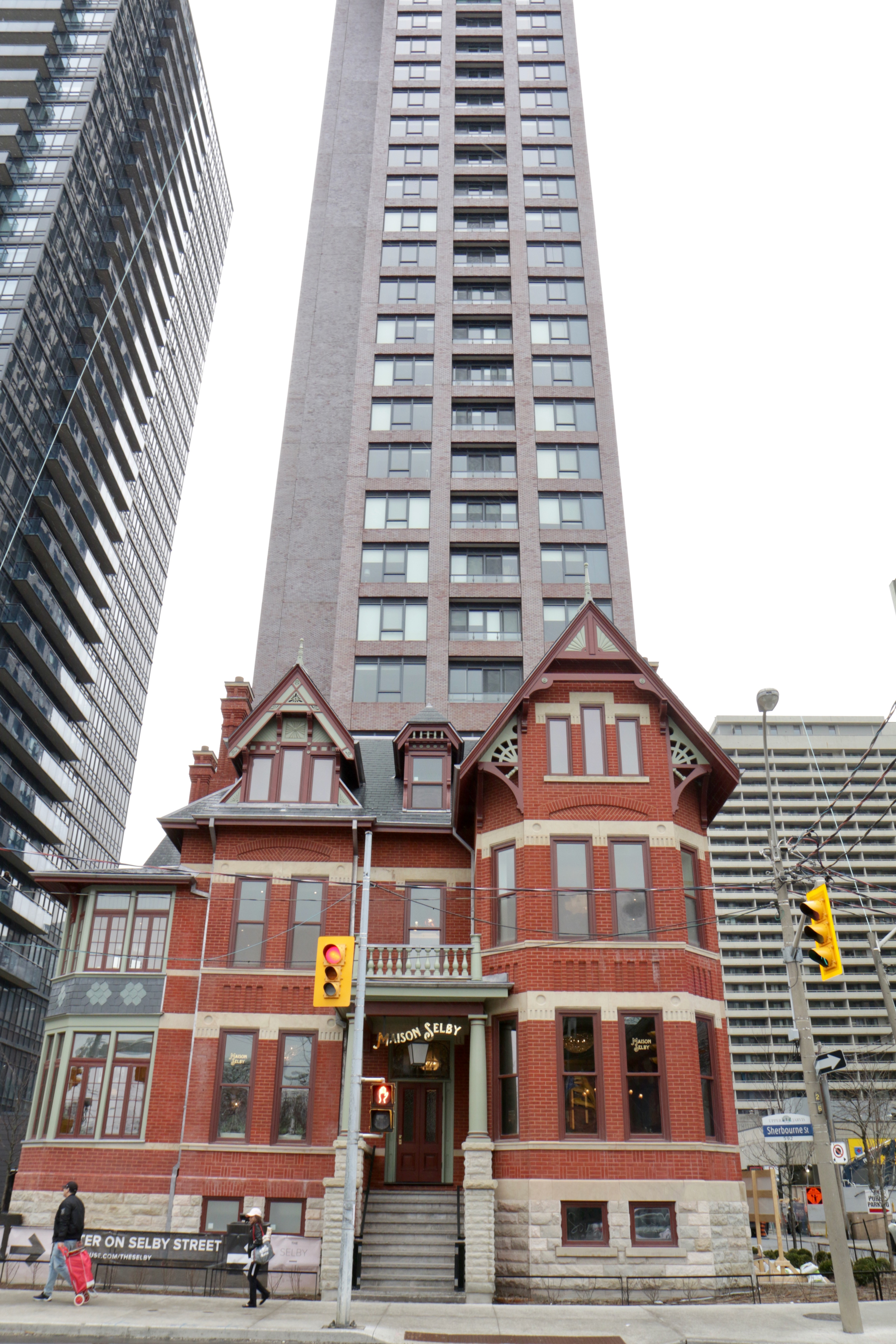