What’s on the menu at Madrina, the Distillery’s new tapas restaurant

What’s on the menu at Madrina, the Distillery’s new tapas restaurant 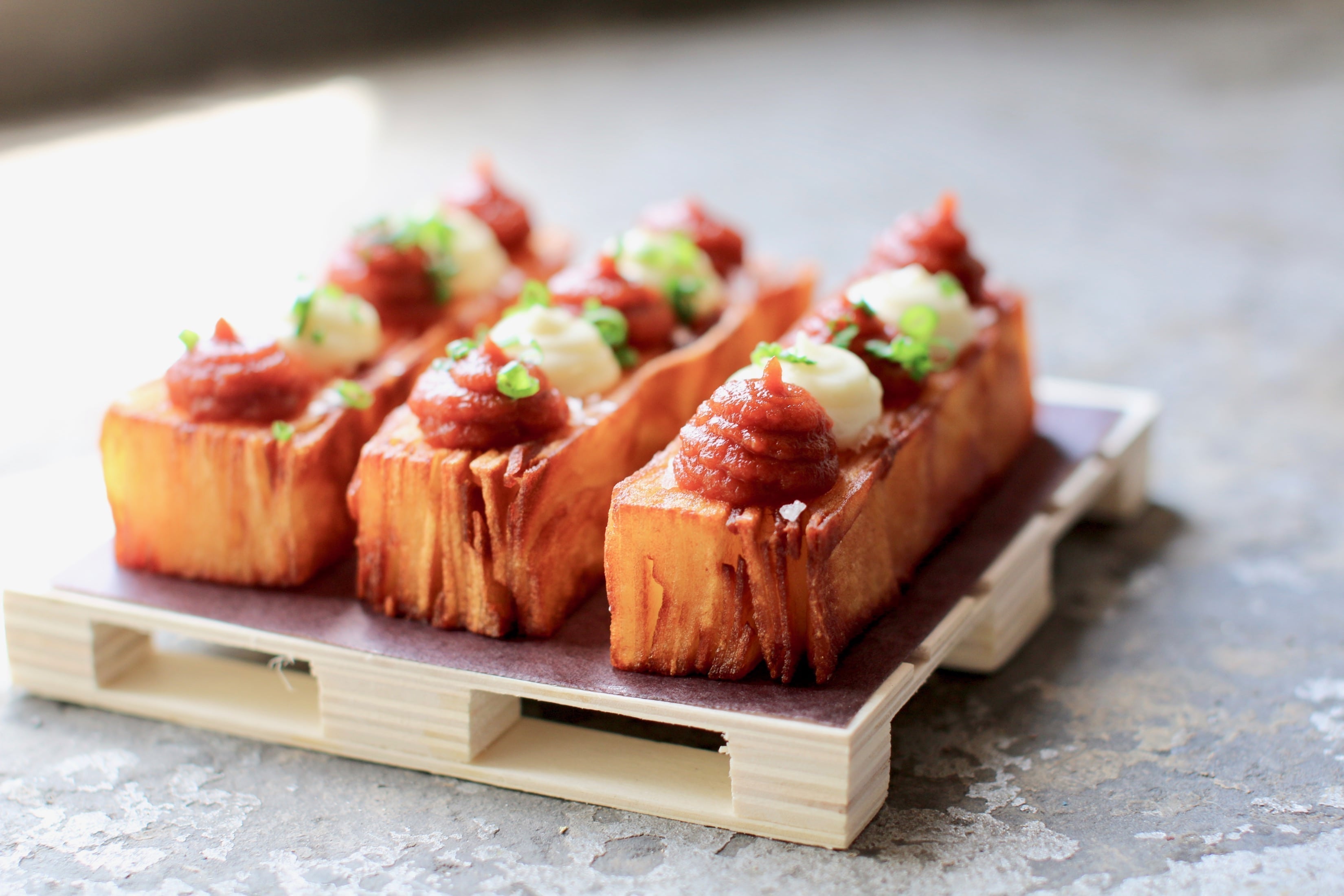 Catalan chef Ramón Simarro has worked his way through some of Spain’s top kitchens (many of them Michelin-starred), and for his Canadian debut, he’s created a menu of modern Spanish tapas. “I was inspired by what we cook at home,” says Simarro. “I’m using new techniques, but the flavours are traditional.” Not only is the chef updating old school plates likes patatas bravas and ajoblanco, he’s also interlacing seasonal Canadian produced with ingredients imported directly from Spain.

Half of the menu focuses on cold plates (cheeses, conservas, jamon, gildas, pintxos) prepared at the bar. The plates coming out of the kitchen include tapas classics like Iberico ham croquetas, but there are few by-the-book dishes on this menu. Many of the plates borrow from international flavours. A shrimp croqueta, for example, gets an Asian makeover with kimchi dipping sauce and some nori powder.

Studio Munge has done up this 2,800-square-foot room in various shades of amber: there are terracotta tiles and mahogany arches, as well as a multitude of other wooden details including decorative sculptures and light fixtures. 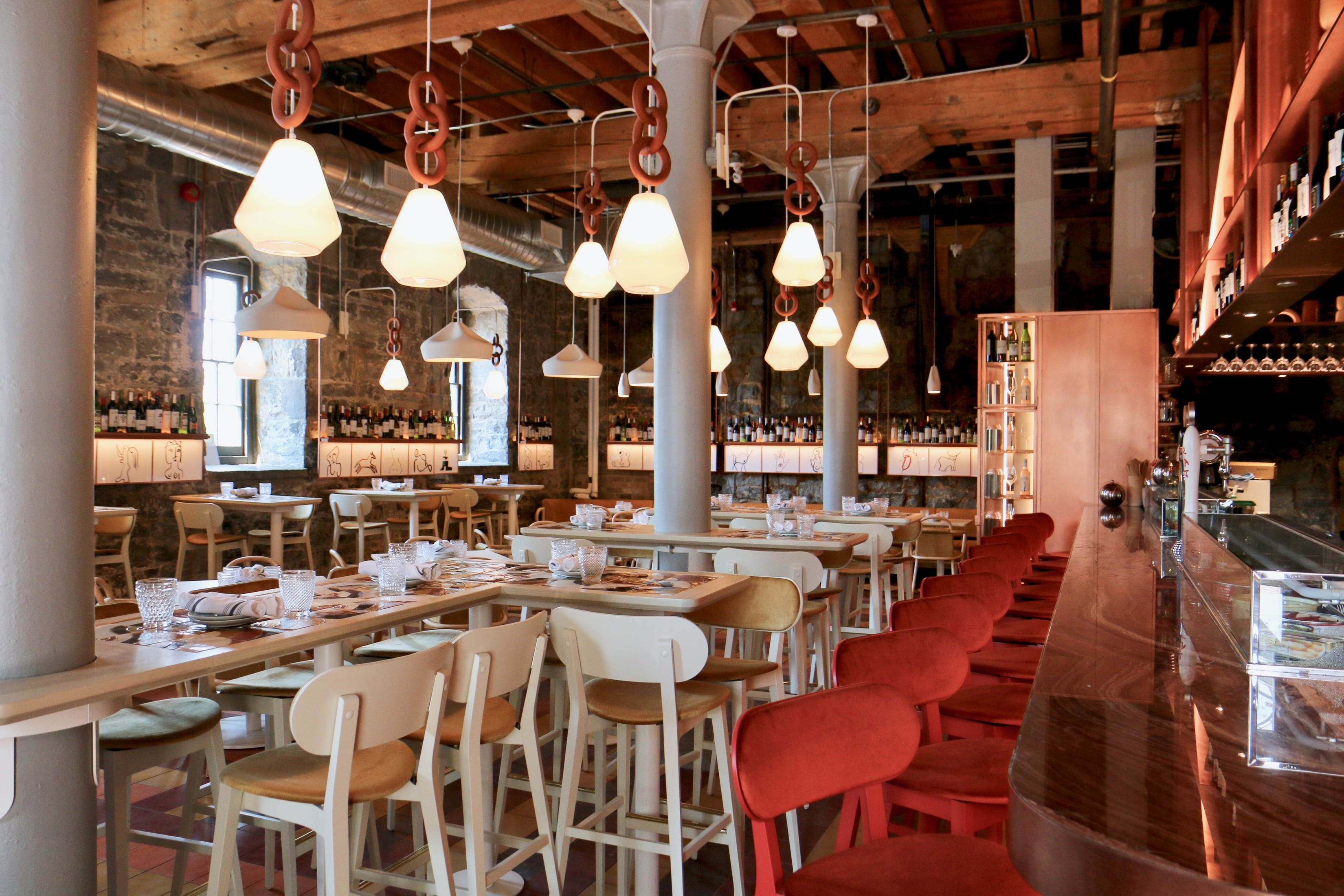