At first glance, the menu looks typically French: loads of butter, cream, foie and caviar, all elegantly plated. The kitchen, though, adds global flavour combos here and there, like an Aleppo pepper-maple syrup glaze and a birch-teriyaki sauce. And they get up to some unusual protein matchmaking (unagi with foie gras, for example).

More than 120 kinds of wine, all available by the glass (if you commit to a two-glass minimum) thanks to an Enomatic system. And the expansive list continues to grow as wine director Julie Garton hunts down rare vintages for the in-house cellaring program. Rather than list wines by varietal, the bottles are organized by flavour profiles like “meaty, beefy, big bouncy reds,” for bold grapes from Spain, Italy and Greece. Even the cocktail program is full of grapes: bubbly, vermouth and port all get mixed into into popular classics (negronis, kir royales) and lesser-known bracers, like the Bitter Giuseppe (a mix of Cynar, Dolin Red, lemon and orange bitters). 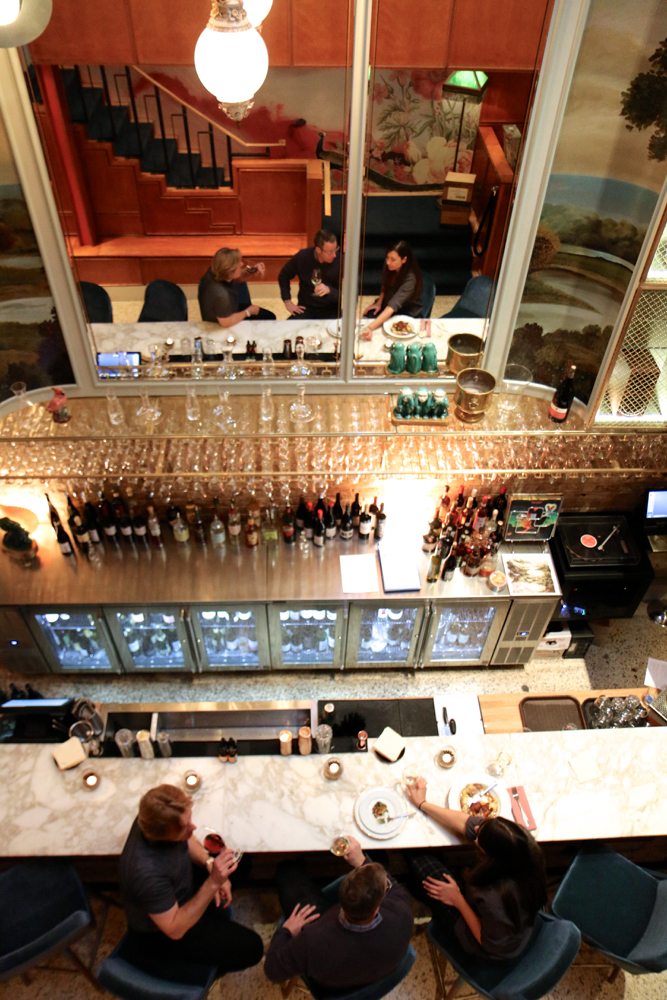 Since Kerr sold Crush Wine Bar (now Frings) nine years ago, he’s been itching to open a new temple devoted to vino. This second incarnation of Crush took its design cues from the two-storey venue’s existing mid-century features. The terrazzo floors and marble bar have been preserved, with some Carrera pieces added for extra oomph. The 110-seat main floor is decked out in teal leather and brass fixtures with flourishes like a wallpaper mural that spans the restaurant’s two storeys. A second-floor private dining room can be rented out. 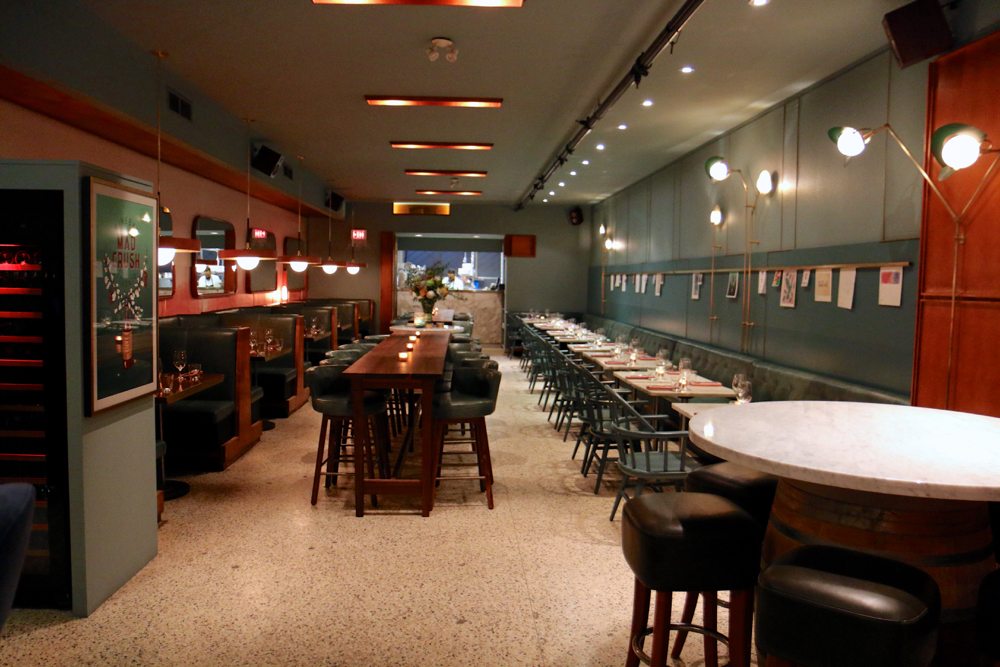 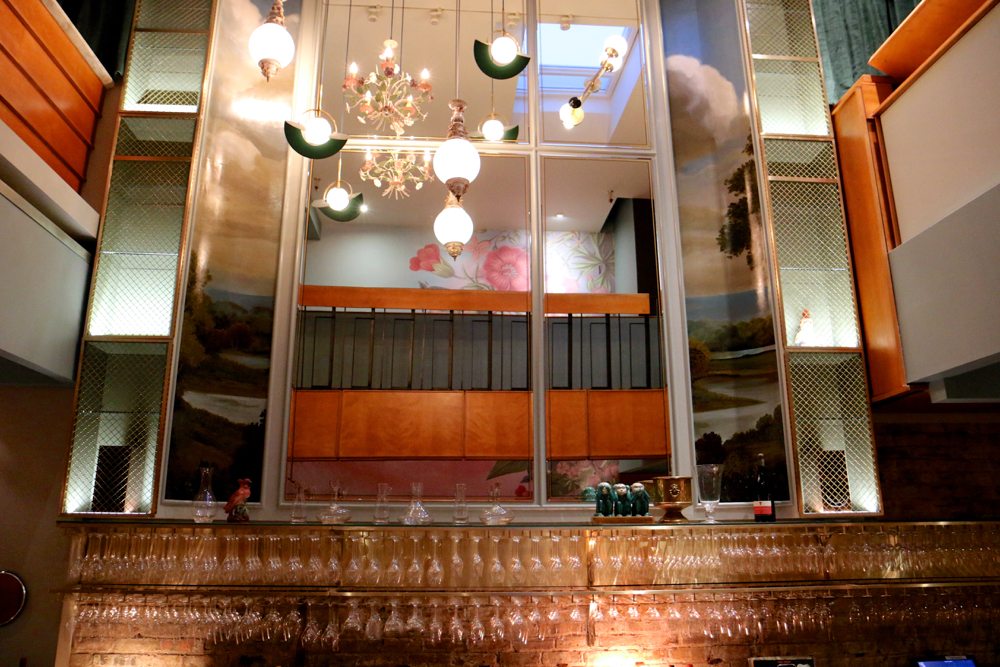 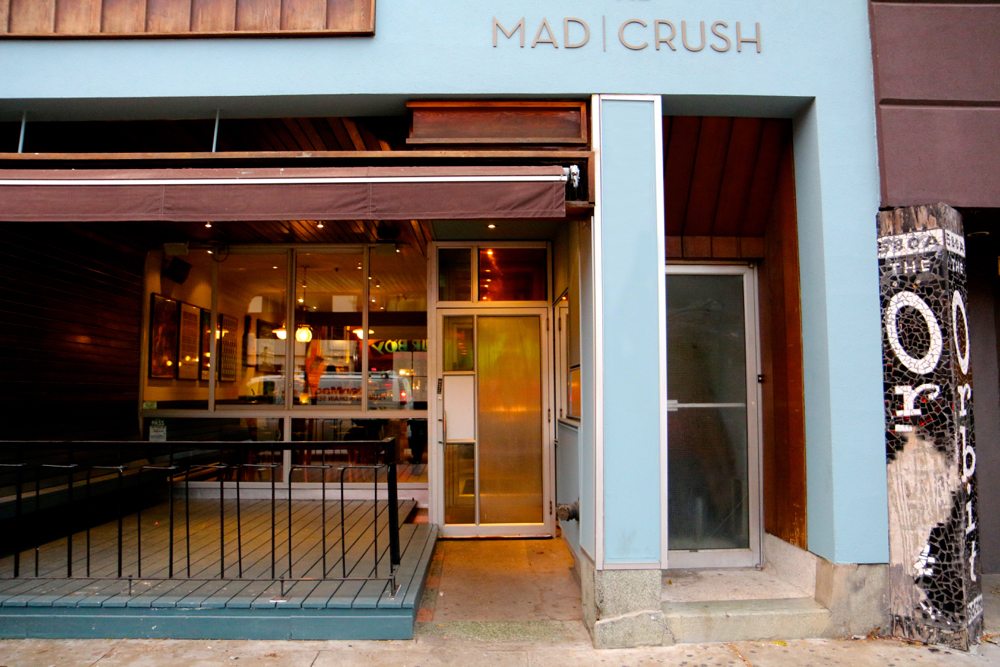 What’s on the takeout menu at Pepper’s Food and Drink, a fun new fast-food counter for fried chicken, burgers and Korean snacks

What’s on the menu at Taverne Bernhardt’s, the new place for rotisserie chicken from the team behind Dreyfus