“I think we’re the first restaurant to bring real Southern Chinese food to Toronto,” says Celine Zhang, who also co-owns Canada’s only other Green Tea franchise, located in Markham (there are 80 locations in China, however). Green Tea is part of the new crop of mainland Chinese chains that have set their expansion sights on the Canadian market. It specializes in Hangzhou-style food, which is known for its ingredient-forward dishes that aren’t overly spicy or greasy: it’s a fresh, light cuisine. “A lot of the dishes are a little sweet, too,” says Zhang. “We add sugar to almost everything to bring out the flavour.”

Despite being called Green Tea Restaurant, the focus here is on the fresh-made juices, which include watermelon and pear, along with blends popular in China like cogongrass root and sugar cane. The one tea on offer is longjing, a pan-roasted green tea from Hangzhou.

Zhang took what was previously a bare-bones dim sum place and brought it to life with Southern Chinese–inspired décor, decorative blonde wood and wall murals depicting traditional buildings commonly found in Zhejiang province. “I wanted the space to feel young so it would appeal to students and young professionals,” says Zhang, who says their Markham location abides by a more traditional Chinese aesthetic, which she thinks is a bit dark and heavy. 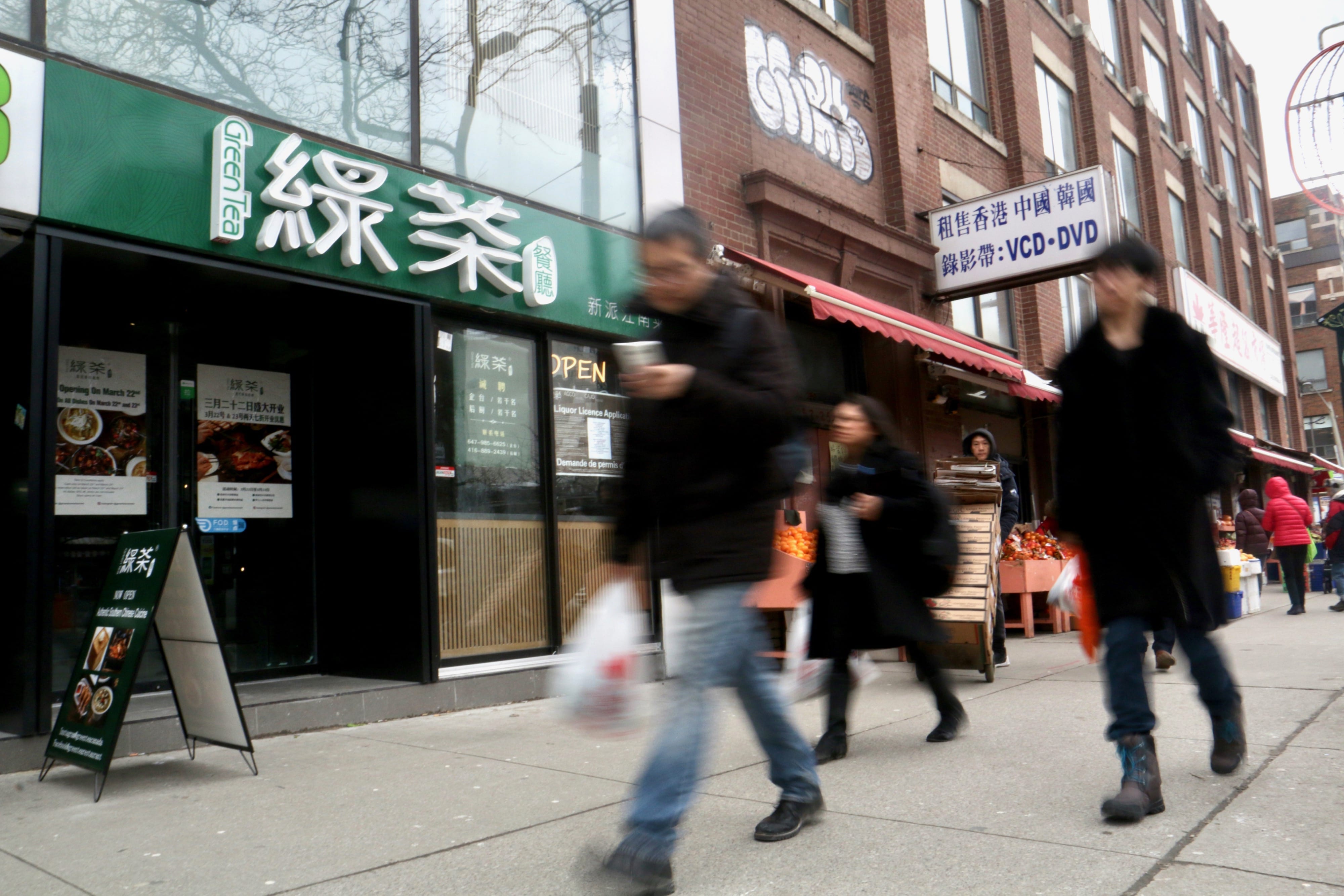