What’s on the menu at Ama, an Argentine restaurant and cocktail bar on Queen West

What’s on the menu at Ama, an Argentine restaurant and cocktail bar on Queen West

A menu of Argentine staples (empanadas, ceviche), many of which change daily. The ceviche is made with tilapia one day, rainbow trout the next, and vegetarian empanadas are made with seasonal produce like red kale and new potatoes. A few items, like the chimichurri-slathered choripan sandwich and the imported-from-Argentina rib-eye, are menu fixtures.

Barman Travis Johnson is quick to whip up a traditional cocktail, but he’s happier creating custom concoctions. “I like to chat with people to get a sense of the flavours they like, and then I’ll just work from there,” he says. Most of his house creations are unnamed as they’re only made once. He’s developing a bunch of house-made bitters (tobacco, charred habanero) and syrups (clove, basil-pepper, mint), with plans to start making shrubs soon.

After dinner service wraps up, tables are pushed to the side and the room transforms into a lounge. There’s a DJ most nights, but the occasional musician will be brought in. The other week, there was a crossover when Mizzi played the bar’s 100-year-old piano for an impromptu duet with the DJ. 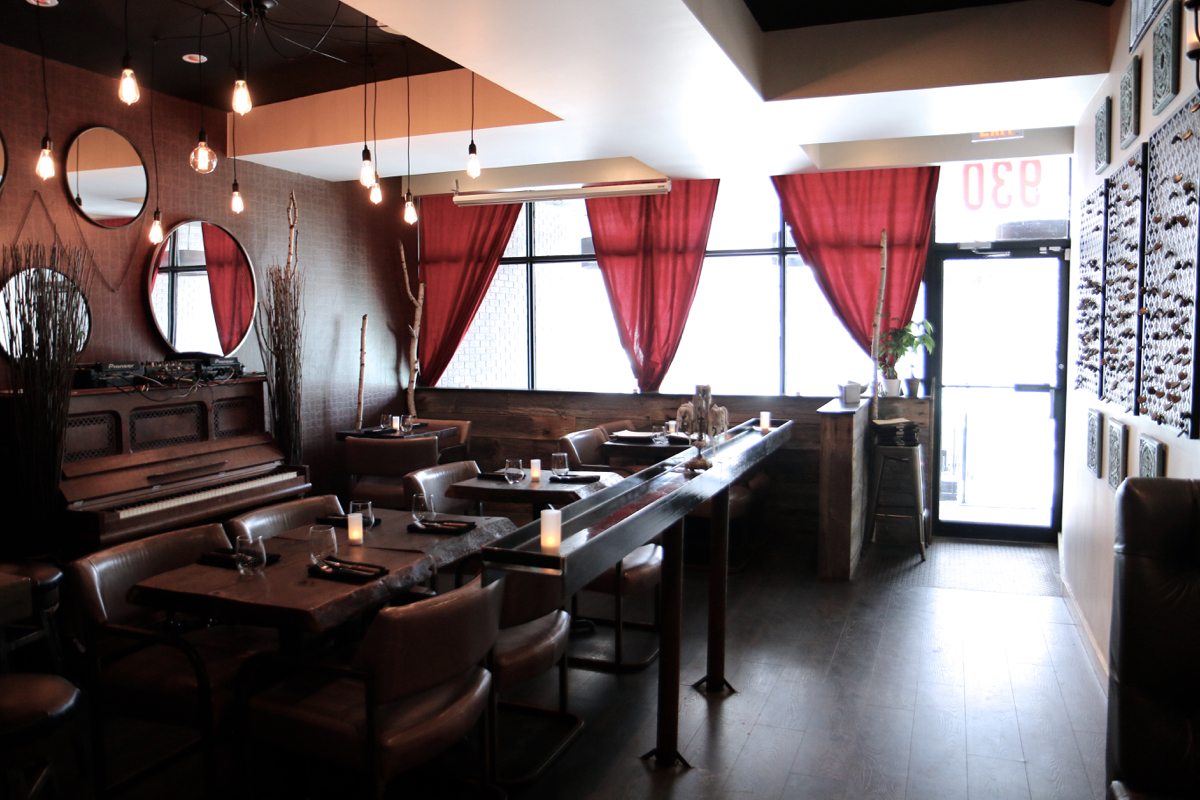