What’s in the bag from Fresh City, one of the recipe-kit delivery services taking over Toronto’s home kitchens

What’s in the bag from Fresh City, one of the recipe-kit delivery services taking over Toronto’s home kitchens

We’re whipping up these home-cooking kits to find out how they work and, most importantly, taste It’s hard to fire up a podcast these days without sitting through a spot for Blue Apron, the ubiquitous recipe-kit subscription startup that—so much for those promo codes—does not operate here. But spare the FOMO: Toronto has its own services that will drop boxes (and the occasional bag) of ready-to-prep ingredients right at your doorstep. All you have to do is follow the recipe. We’re cooking our way through them, kit by kit, to find out how they work and, most importantly, taste. What comes in each bag, and how much does it cost?

More Dish in a Box 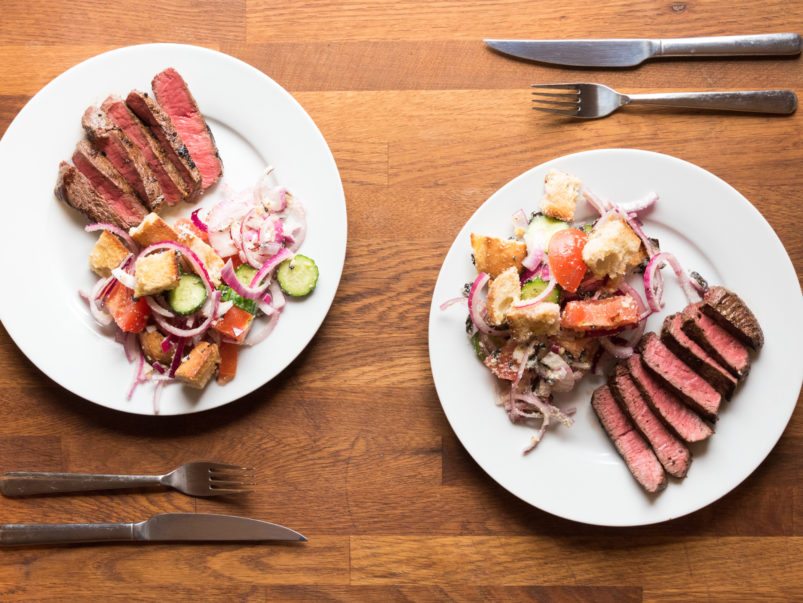 What’s in the box from Goodfood, one of the recipe-kit delivery services taking over Toronto’s home kitchens 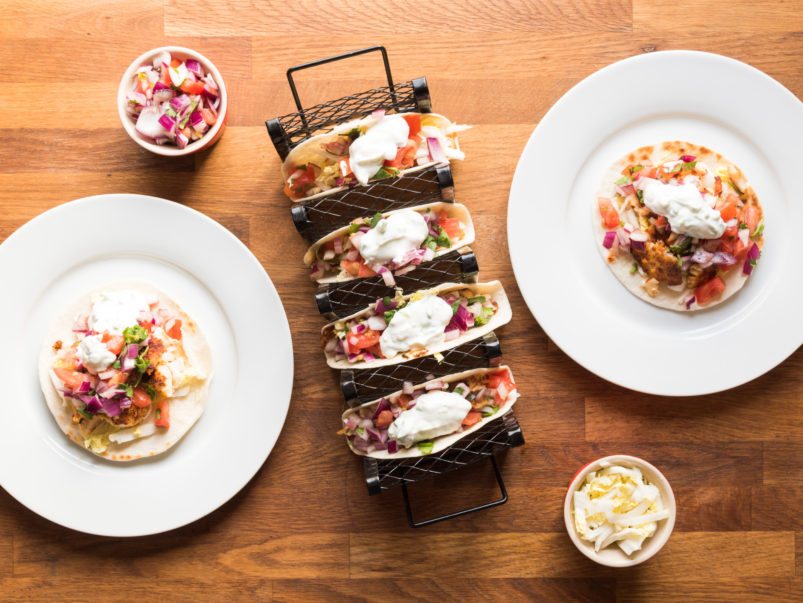 The Omnivore bag (curious cat not included) comes with three meals (one meat, one fish, one vegetarian) for two people. It’s $64.50 in total, or $10.75 per portion. Pescatarian, meat-only, vegetarian, vegan and gluten-friendly bags are also available. The bags are delivered weekly, unless or until you ask them to stop. Fresh City Farms also offers fresh produce and meat delivery if you’re just interested in stocking your vegetable drawer and not pre-portioned meals. Each recipe gets its own individual insulated bag. The meats are packed separately in the silver freezer bag. You have to return the bags, though. This delivery included three recipes:

• Moroccan chicken thighs over raisin quinoa, which we’re about to prepare Each of the recipe’s components are pre-portioned and packaged individually. Kitchen staples, such as salt, pepper and olive oil, are not included. Each recipe is usually designed to be ready in 30-45 minutes, and the assumption is that you are neither a trained chef nor someone with an extravagantly stocked kitchen arsenal. The most specialized tool in the recipe we tested was a fine sieve to rinse the quinoa. Today, we’re making Moroccan chicken thighs over raisin quinoa. (If you lose the recipe card and want to make the dish again in the future, the recipes are available on Fresh City Farms website.) It doesn’t take masterful knife skills to halve some grape tomatoes and roughly chop the sun-dried tomatoes. You can use a garlic press to mince the garlic, if you wish, but the garlic will be much more fragrant and flavourful if you carefully use the same knife. The chicken thighs need to cook for 3-4 minutes per side, until they’re nice and crispy. While that’s happening, it’s a good idea to boil some water to make the quinoa. By now, the chicken thighs have rendered a nice amount of liquid fat. Add the Moroccan spice mix (turbinado sugar, ginger, cumin, turmeric and cayenne pepper) and slide those tomatoes and the garlic into the pot. There’s a cinnamon stick to add too. Baby, you’ve got a stew going. You’ll need to simmer this mixture for about 25 minutes, until the sauce is nice and thick and the chicken has reached 165 degrees Fahrenheit. (It’s not listed as one of the required pieces of kitchen equipment on the recipe card, but it’s really helpful to have an instant-read thermometer handy for this, or any, dish.) Once the quinoa has absorbed all of the water, you’re ready to eat. Layer those chicken thighs and that tomato sauce over a nice mound of the quinoa. And voila! The recipe makes two full plates. We even had some extra chicken and rice left in the pan. Our home-cooked version turned out noticeably darker and thicker than the photo that accompanied the recipe, but that’s not a bad thing. The sauce was deeply flavourful despite its fast simmer time—this is no slow-cooked Sunday gravy affair—and the chicken thighs were meaty and tender. Wholesome, too, with no added fat beyond a tablespoon of olive oil to coat the pan. The final dish would have benefitted from some fresh herbs or cilantro, which were pictured in the recipe, but not included in the bag. It took slightly longer to prepare than the estimated 40 minutes, but most of that time is relatively passive: stirring while waiting for the sauce to reduce; waiting for the quinoa to absorb water.

One big selling point of a recipe-kit subscription is building repertoire: learning how to repeatedly construct meals by combining different ingredients—whatever you might have on hand—without having to follow a recipe line by line. So while there wasn’t anything particularly horizon-expanding about these chicken thighs cooked in a straightforward tomato sauce, this Fresh City Farms recipe was a reminder of how easy, and rewarding, it is to make something hearty, filling and flavourful, with little more than a few typical items from the veggie crisper.

Order this bag if

You want easy-to-follow, quick and satisfying recipes that you’ll learn from—and be able to recreate on your own next time.