The 12th annual Terroir Symposium kicks off Monday at the AGO, and in honour of the event, two of the province’s biggest craft breweries came together to create a very Ontario beer. A few weeks ago, Great Lakes Brewery hosted Beau’s All-Natural Brewing at their Etobicoke brewery, along with representatives from local malt, hops and yeast producers, to make what they’re calling the Great Ontario Craft Brew. The collaboration beer, named Yours to Discover by contest winner James Hamilton of Barrie, will be unveiled (and tasted) at Terroir by Peter Bulut (GLB) and Robb Morra (Beau’s). Here’s a look back at what happened during brew day.

First, we went on a tour of the brewery, led by the Crazy Canuck himself: 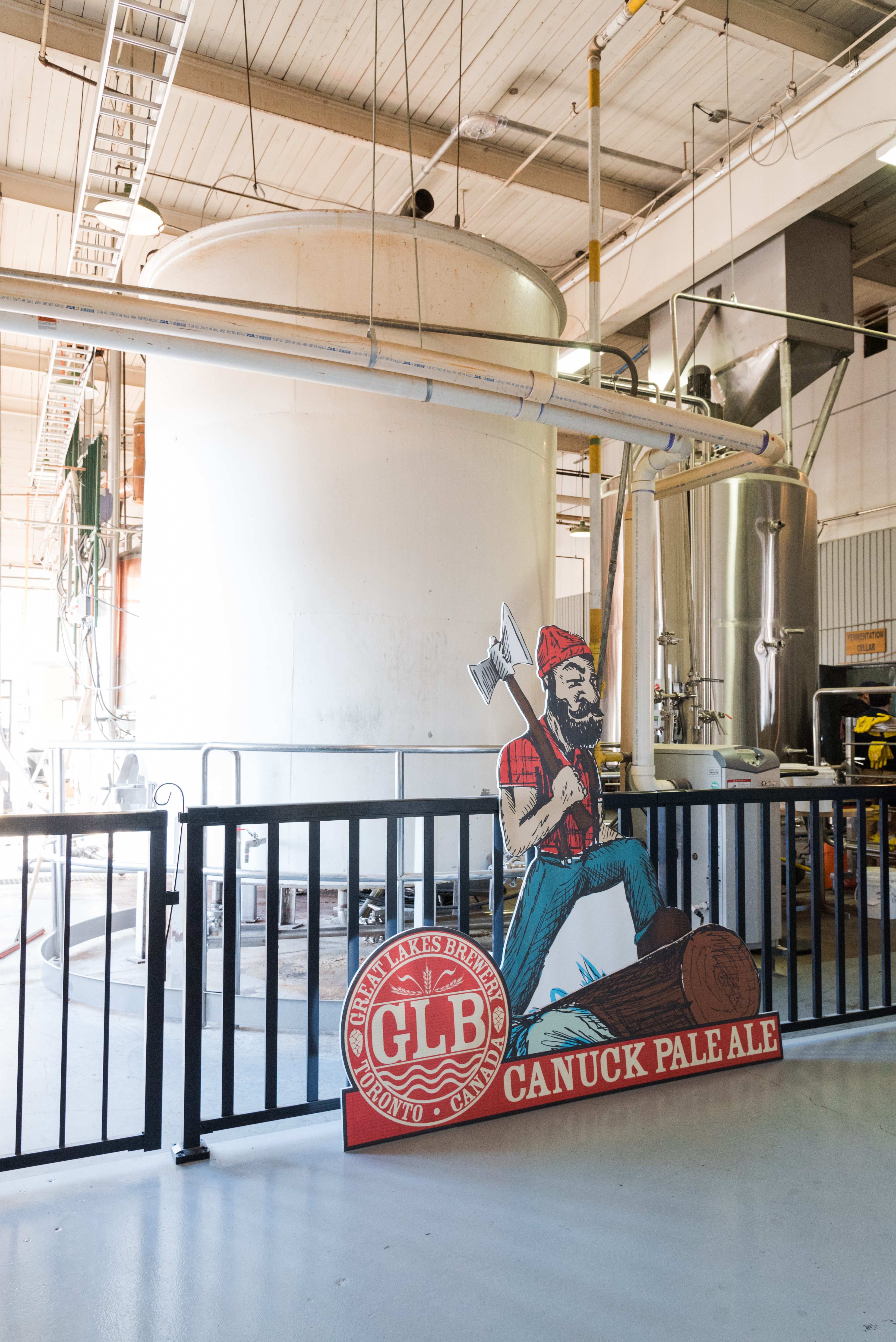 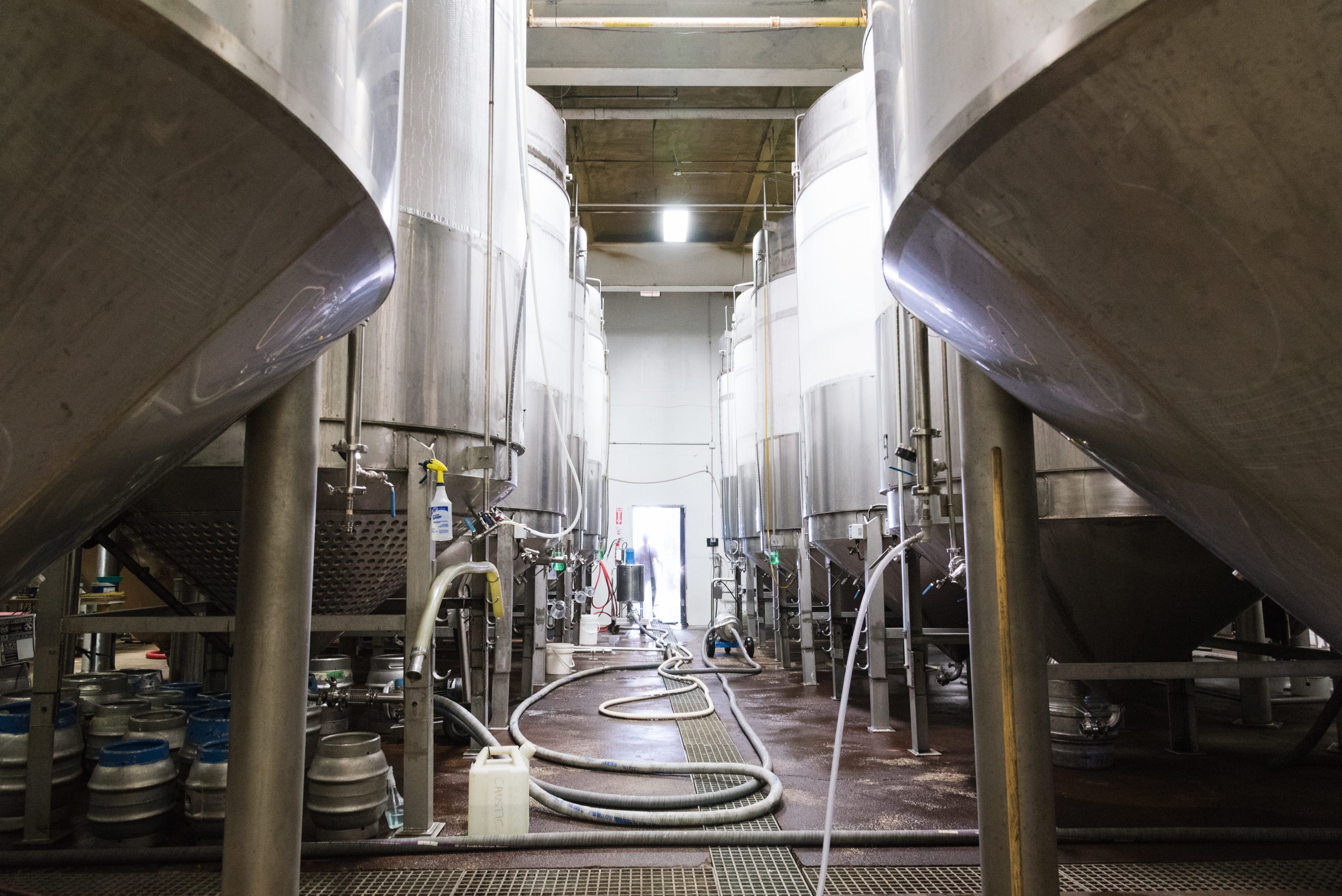 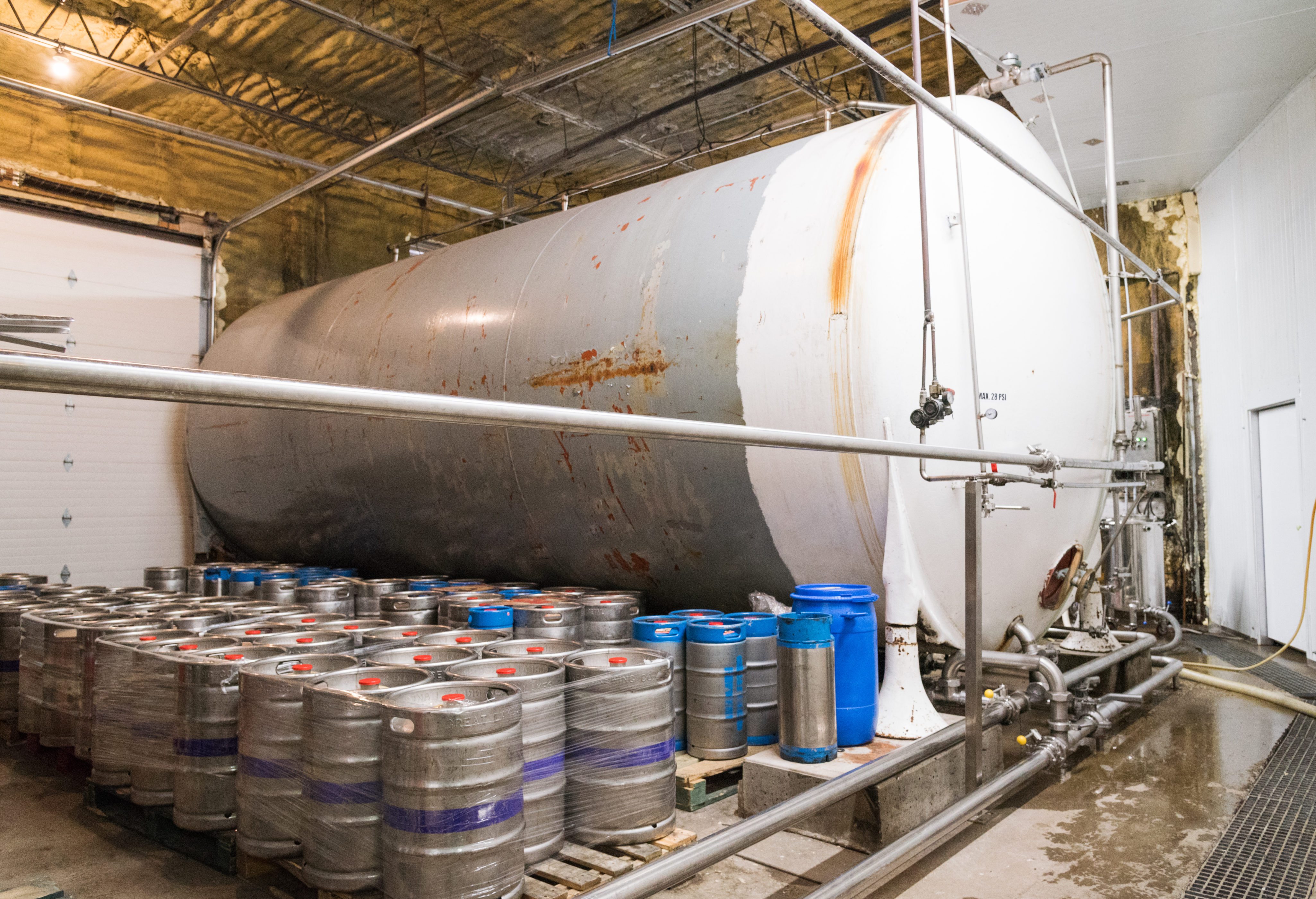 Here’s where beer is canned: 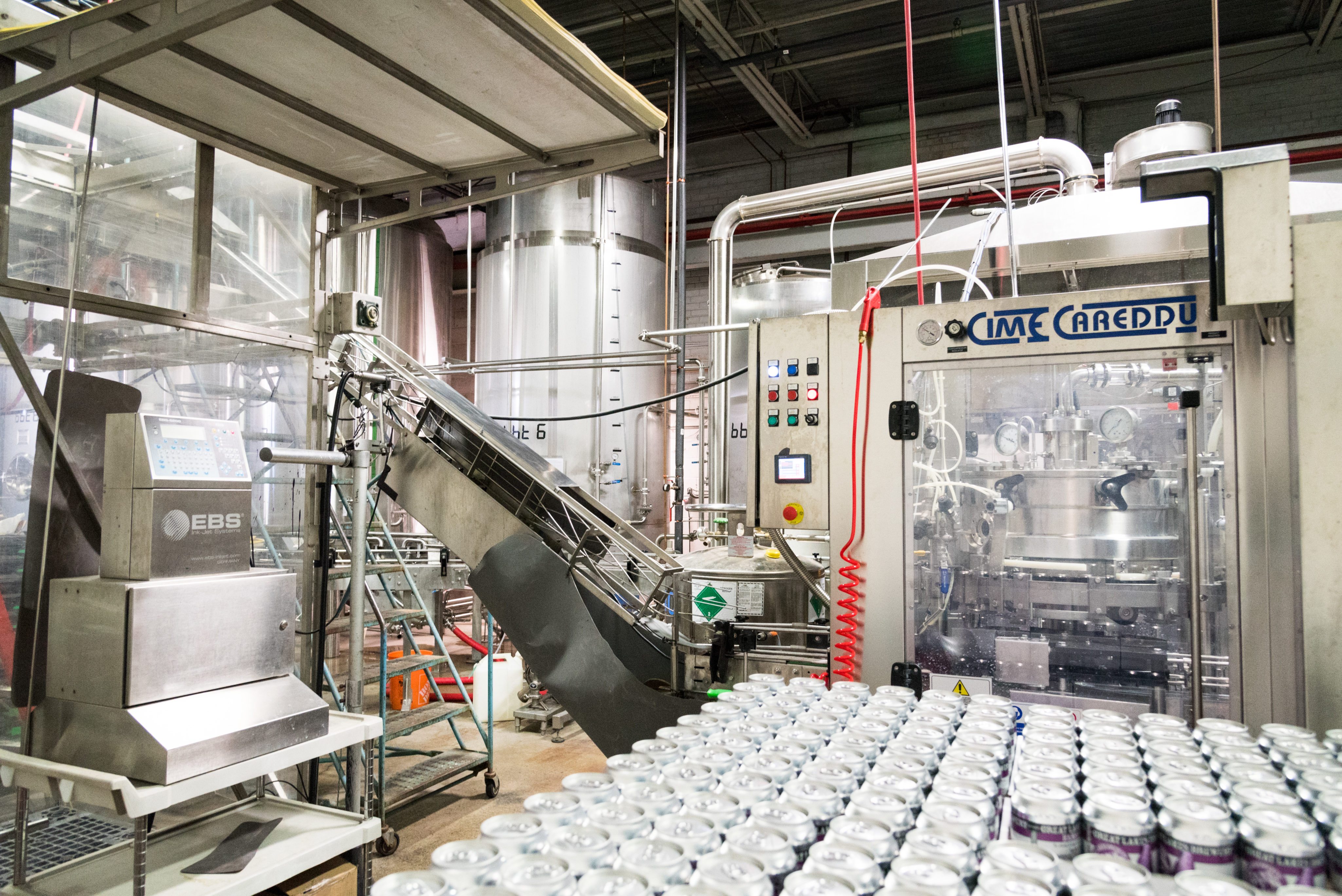 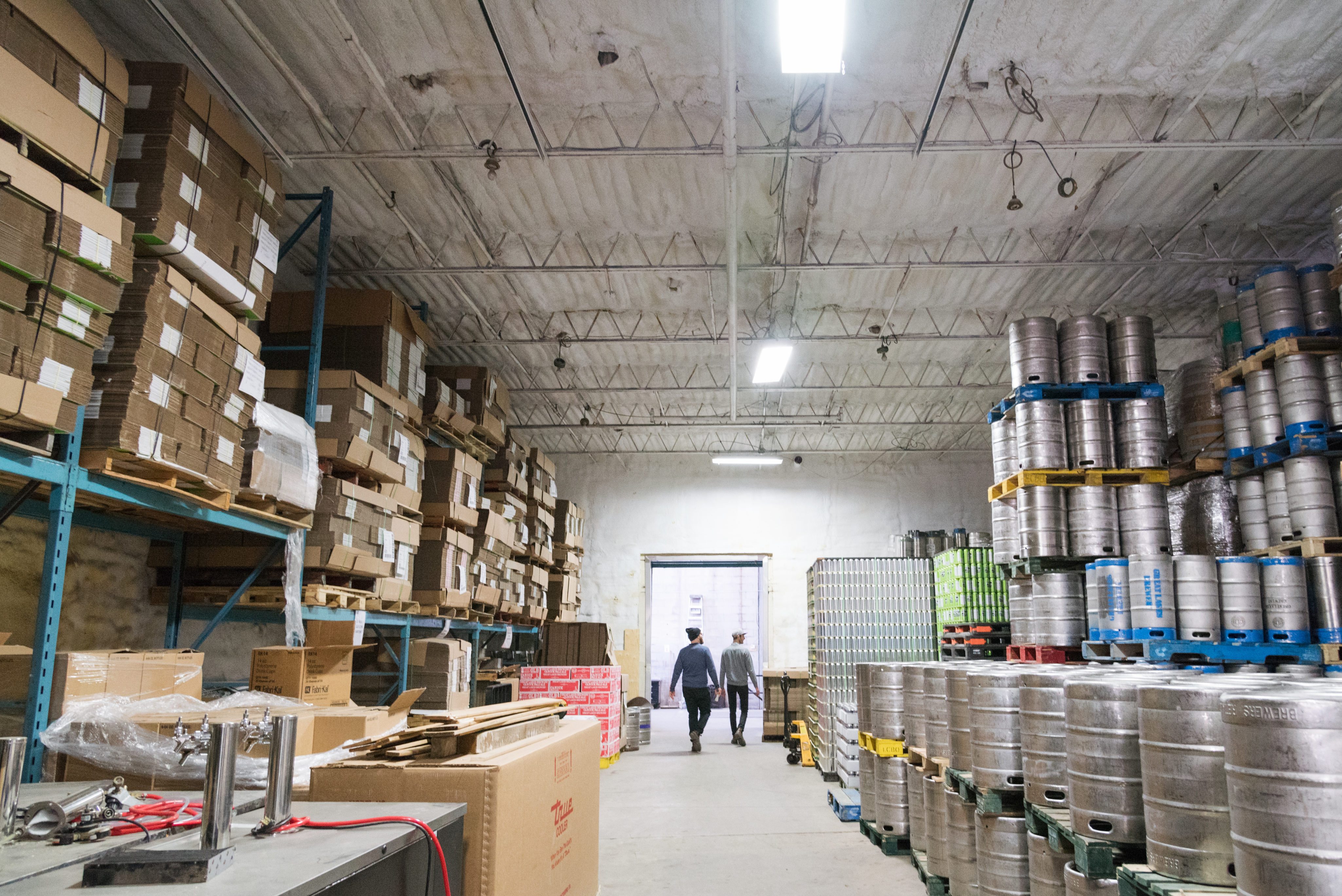 Then, GLB employee Alistair Thain (on the right, next to Brian O’Donnell from Beau’s) led a beer-and-cheese pairing: 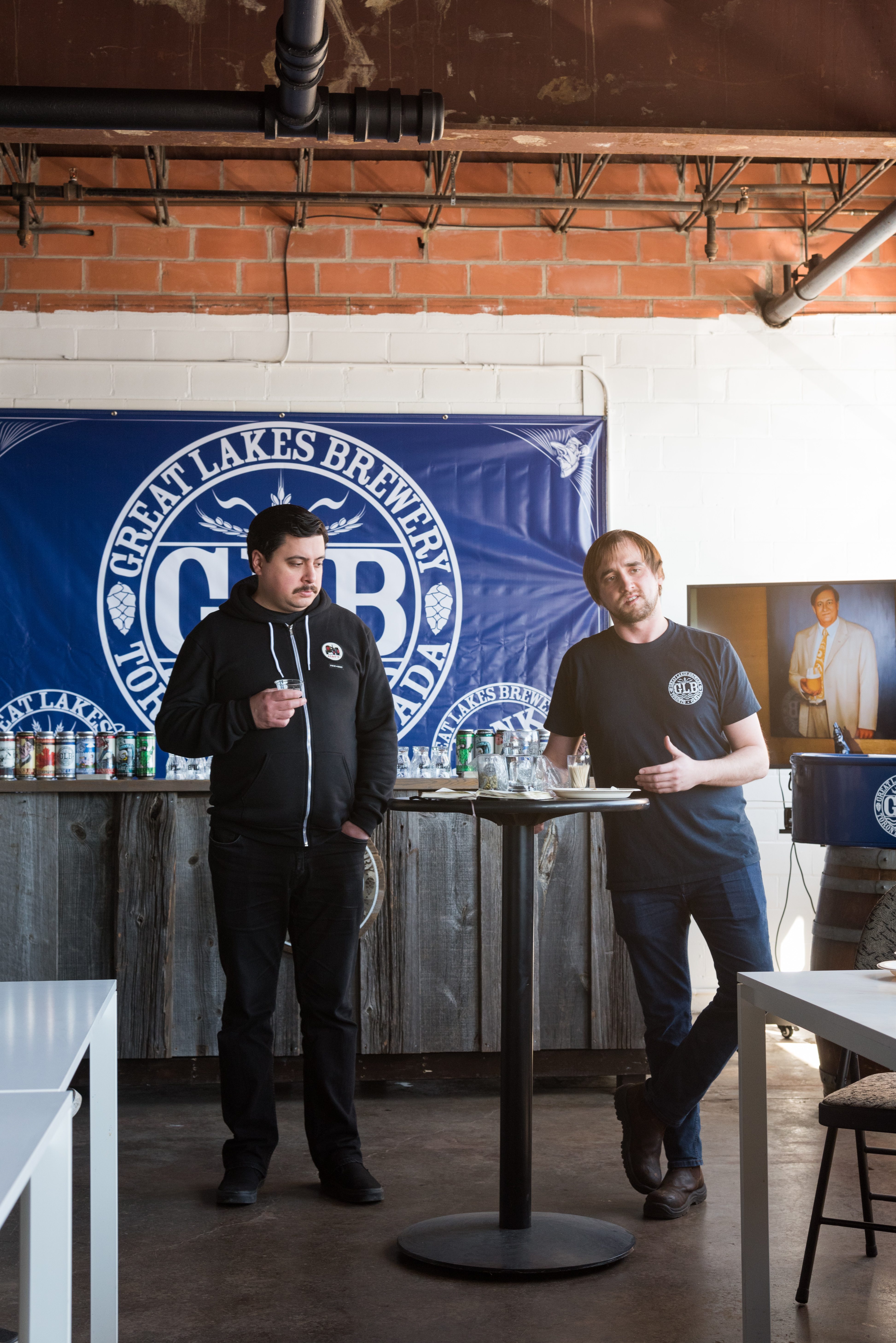 There was beer from Beau’s: 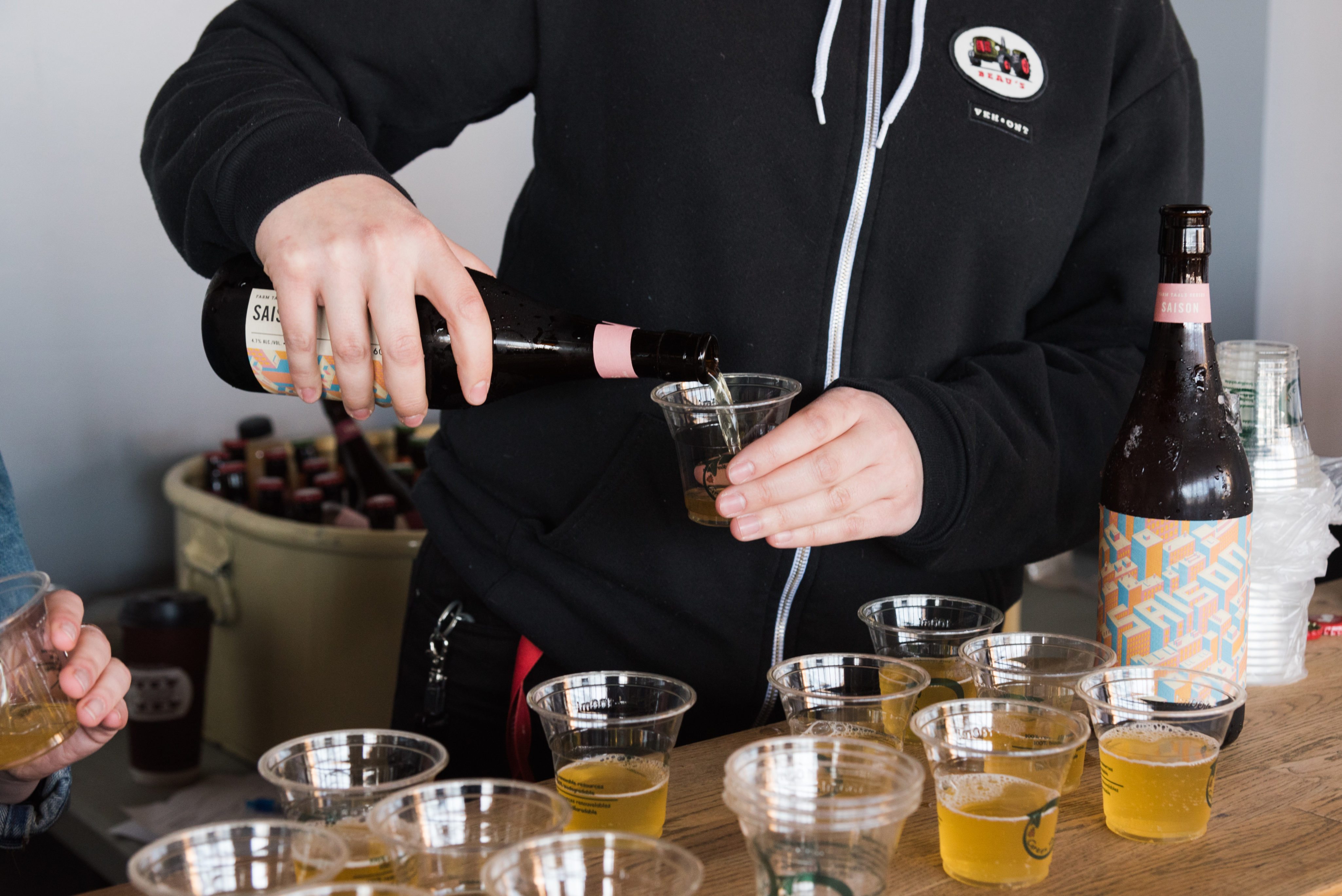 This was their lineup: 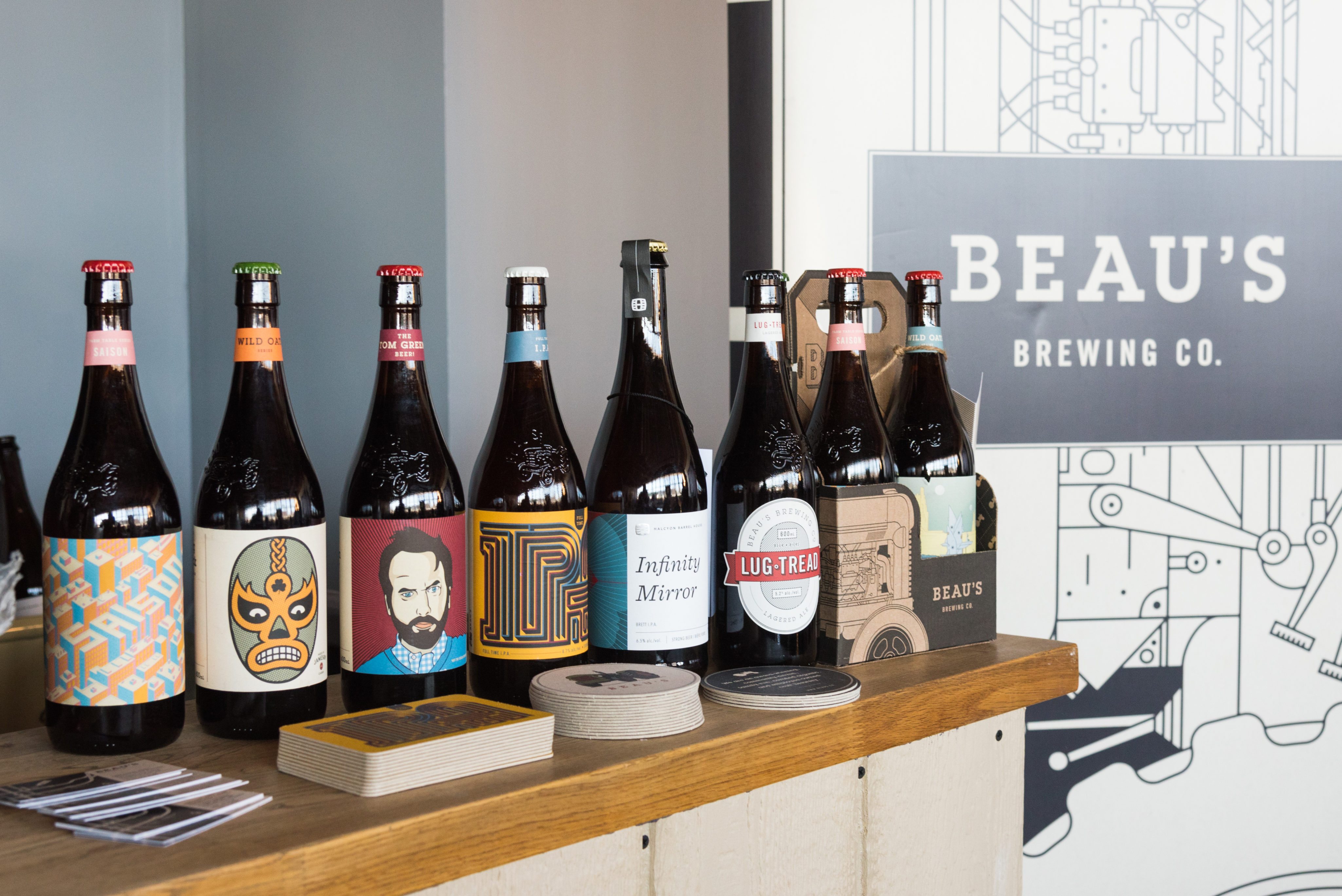 And beer from GLB, of course: 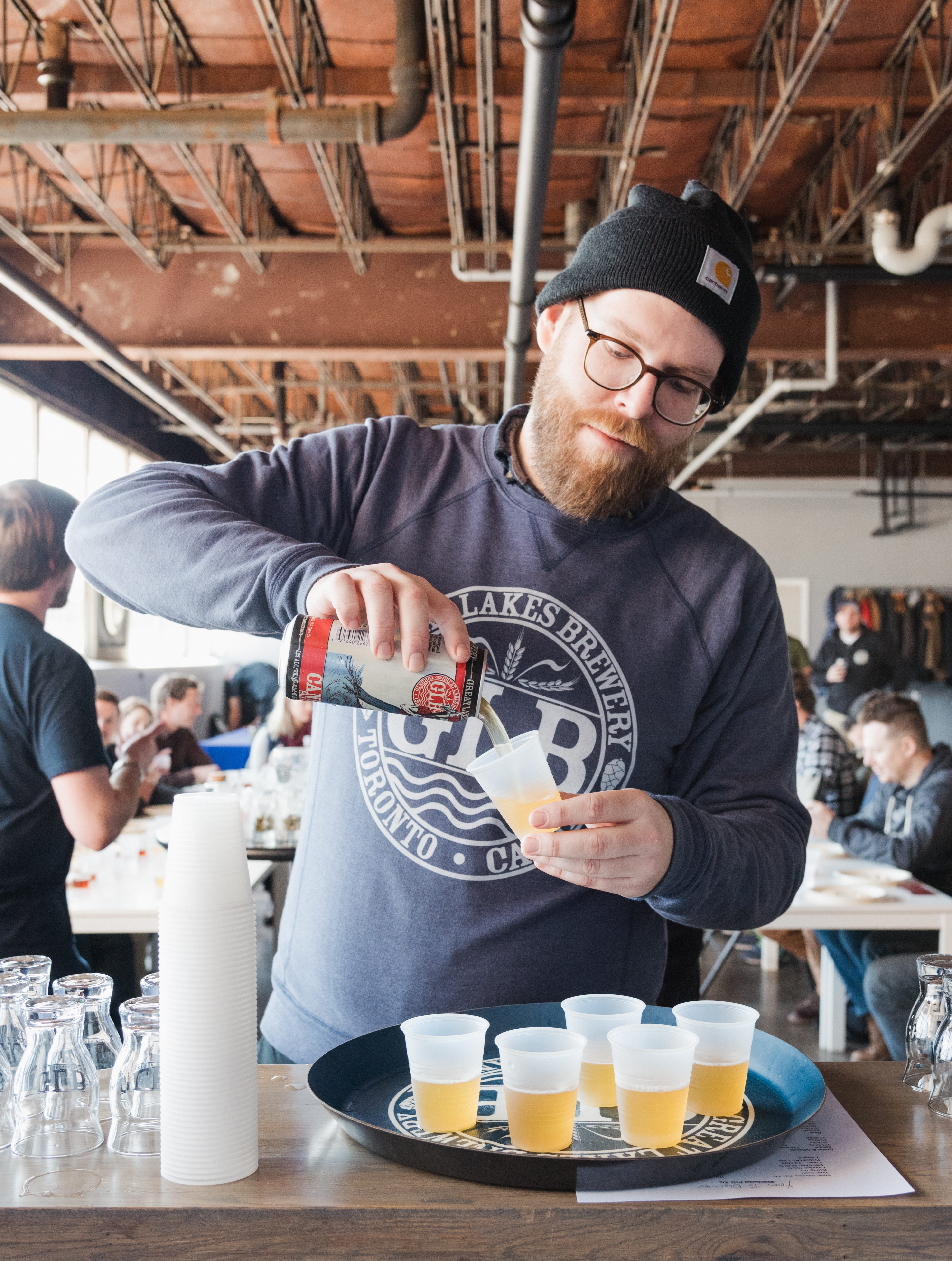 And this was their lineup: 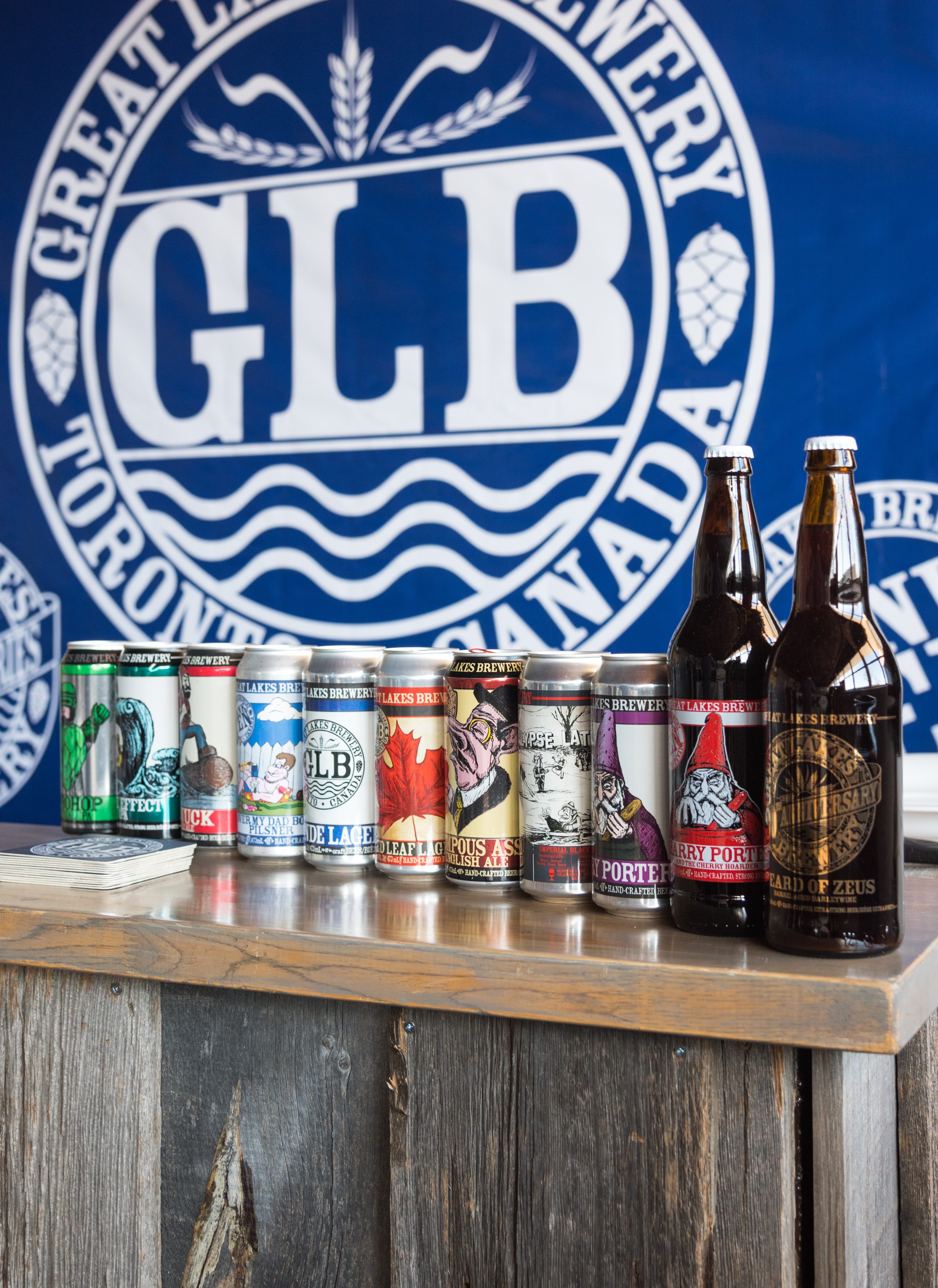 After the tasting, we got to work. This copper pilot system—the tank housing the Great Ontario Craft Brew—can produce up to 700 litres of beer. GLB’s owner and chief operation brewer Peter Bulut purchased it as a 30th birthday present for the brewery: 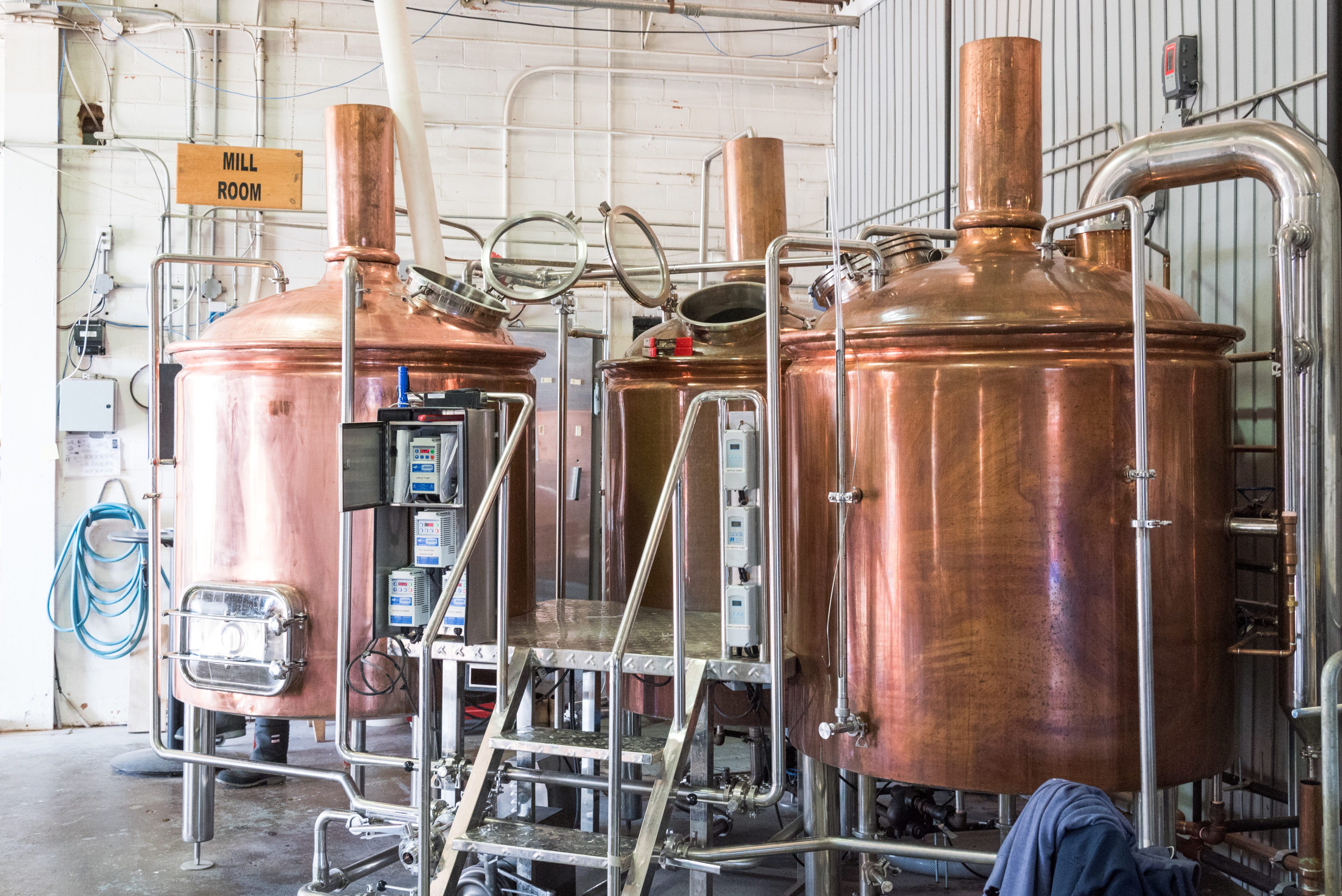 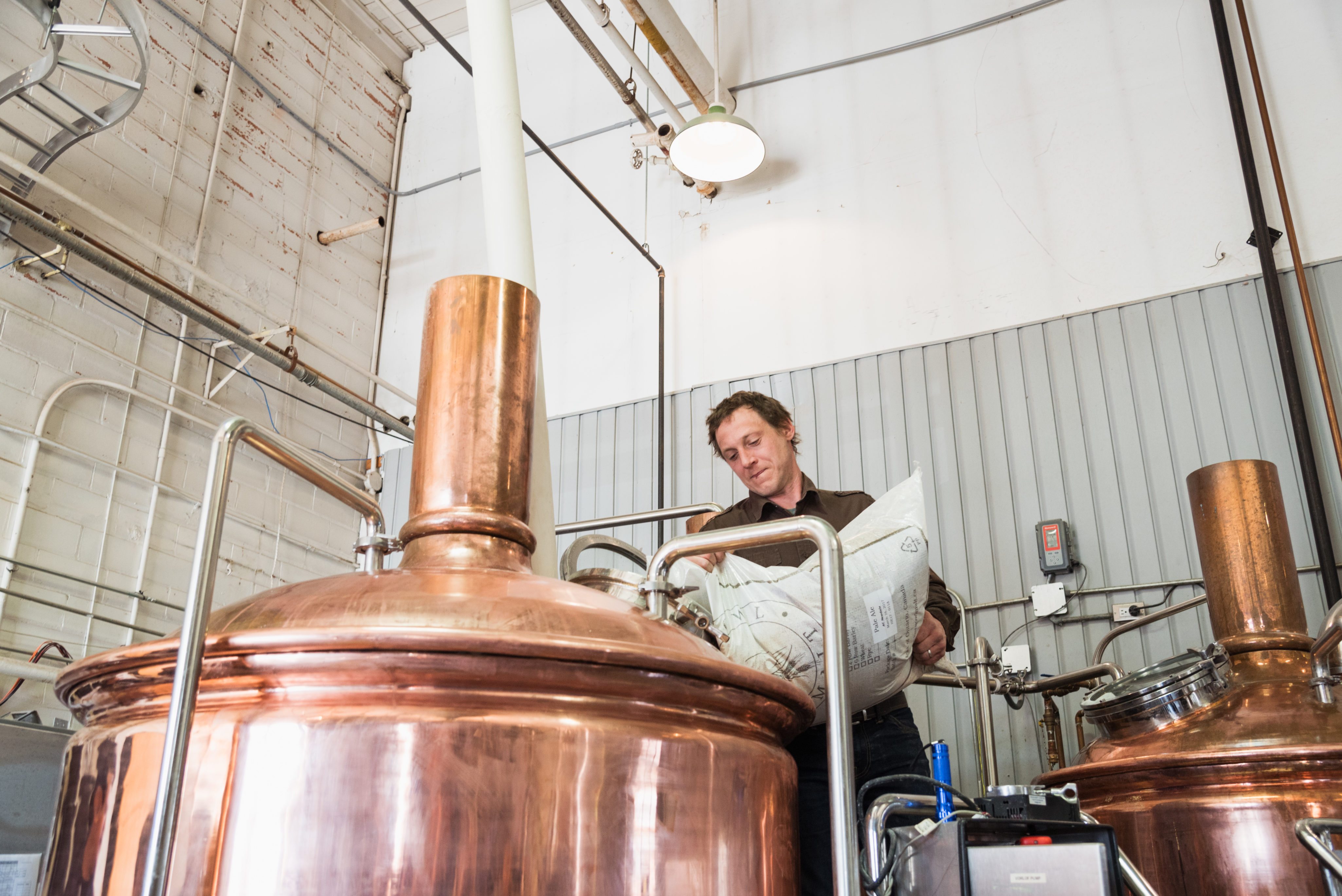 Each bag weighs as much as a medium-size child:

And the #collaboration #brew begins! @barnowlmalt adds his malt! You’ll have to come to @terroirtalk April 23rd to try the results! @greatlakesbeer @beausallnatural

Next, we weighed out VQH Farms hops: chinook, cascade and centennial. Here’s TK from VQH Farms pouring in some of his hops now:

And, last but not least, Richard from Escarpment Labs added some of their Wild Thing wild yeast into the mix: 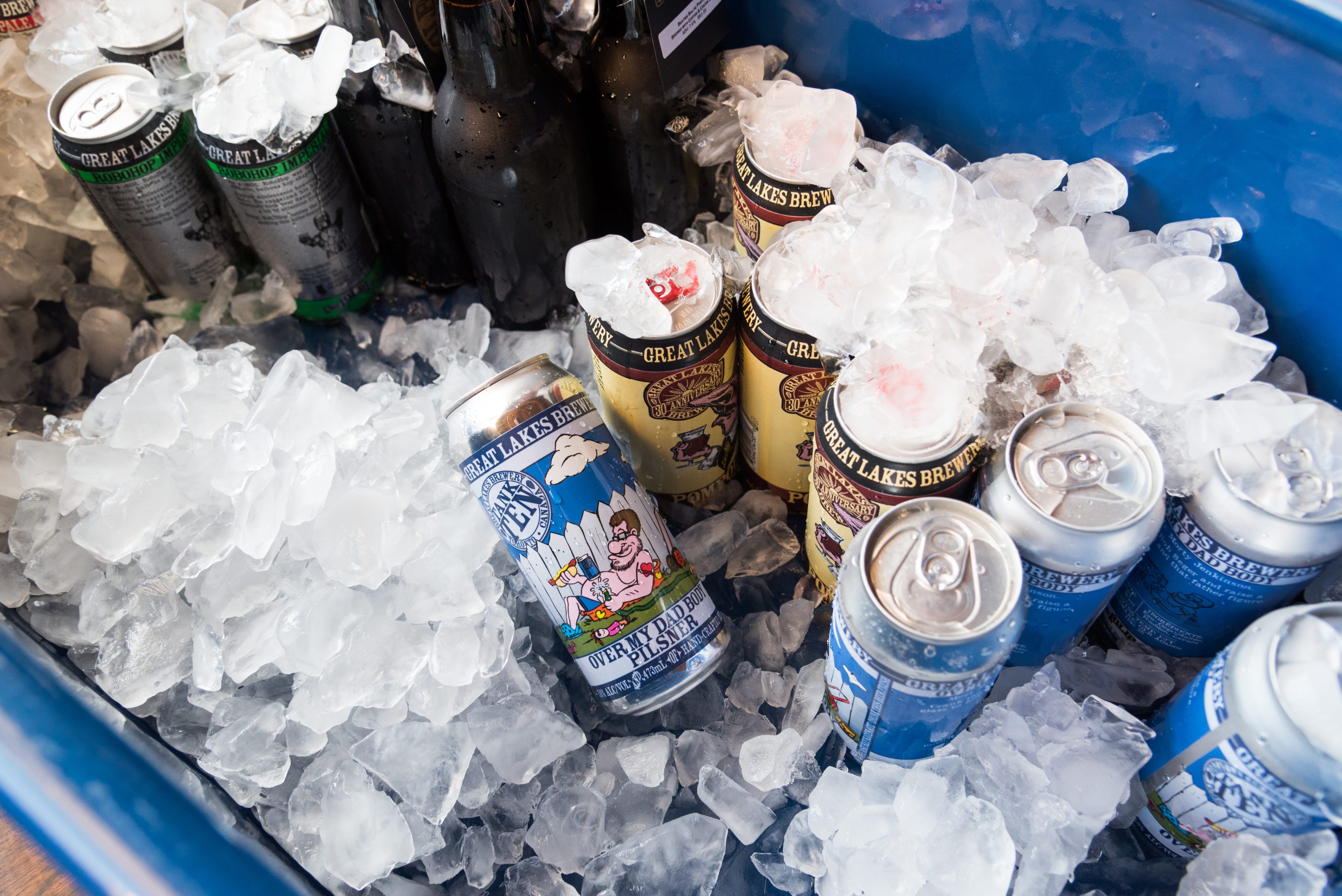 And, thankfully, some food:

As far as Mondays go, this one is pretty good #terroir2018

Update: Here’s the label art for Yours to Discover:

Yours To Discover, an All Ontario collaboration ale, brewed at GLB with @beausallnatural, is set to debut at @terroirtalk next Monday! A true collab between two friends, in every sense of the word (from creation, sponsorship, label artwork) featuring ingredients from @barnowlmalt, @vqhfarms and @escarpmentlabs… #Terroir2018 attendees get first shot at tasting this treat.