Toronto’s 10 best sandwiches right now, according to a guy who calls himself Sammo Boi

Toronto’s 10 best sandwiches right now, according to a guy who calls himself Sammo Boi 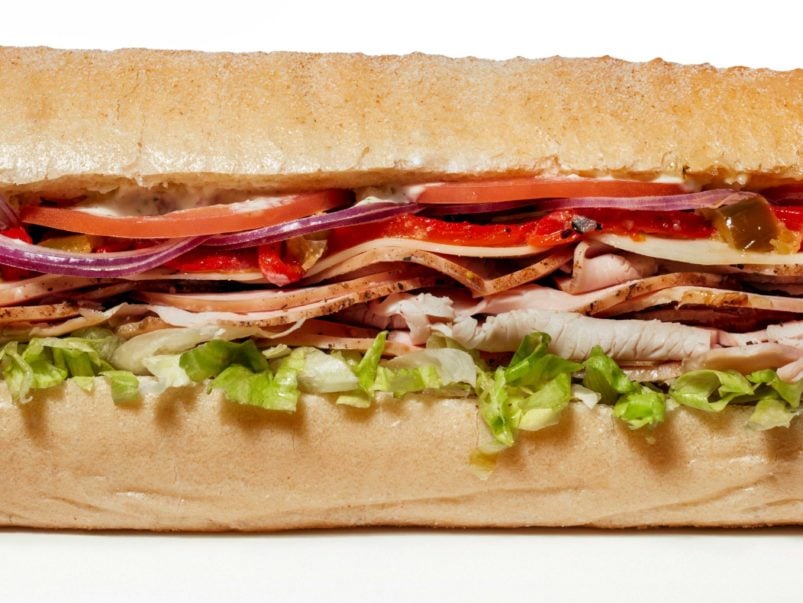 By day, Dan Hawie is the director of marketing and A&R for a record label. By night—or at least over lunch and dinner—he’s Sammo Boi, an anthropomorphic loaf of bread in search of the city’s best sandwiches. “I’ve been in the music industry for over a decade, so I’ve done a fair amount of traveling and sandwiches are always top of the list when it comes to eating anywhere,” says Hawie. “The Instagram account started as a bit of a joke a few years ago—just posting my sandwiches and my friends’ sandwiches—and strangely it has snowballed into something significantly bigger than I would have imagined. I’m happy to moonlight as Sammo Boi.”

Sammo Boi doesn’t rate or rank—he merely appreciates in order to support the restaurants, takeout counters and delis that are satisfying the people of Toronto with sandwiches. “There’s been a wonderful burst of dedicated sandwich shops and delis over the past three years, and I’m open and happy to feature anything that uplifts community-based businesses,” he says. While Hawie documents sandwich submissions from his friends and fans, he also does a lot of his own “research,” and out of the 500-plus sandwiches he’s posted to his account, he’s found some favourites along the way. And yes, this list is very west-end heavy but Hawie hails from Parkdale. (If you’re reading this and consider yourself the Sammo Boi or Grrl from the east or north or downtown core, please email food@torontolife.com.) For now, here are Sammo Boi’s top 10 sandwiches, in no particular order.

“This tiny shop at Bloor and Brock offers such a great variety of sandwiches. I’ve been fortunate to try many of them—the duck confit, the po’ boy, the brisket—but this sandwich sticks out. I’m part Italian so I’m very drawn to this one, specifically. It’s on a crunchier type of baguette, and the prosciutto in it is fantastic. But there’s also huge slabs of fresh mozzarella, as well as roasted red peppers and some arugula. It’s just the perfect combo, and it’s such a clean sandwich that’s easy to eat in the car. I love this spot.”

“I proudly live in Parkdale and very much like to support anything local or community-based. Boucherie is an offshoot of Chantecler, which unfortunately closed. Their sandwiches are massive. I find that the meat ratio is bigger than the bread half the time. The mortadella hoagie is a standout for me. There’s a bit of spice to the meat itself, but the real kicker is that it’s topped with Caplansky’s mustard.”

“This is probably the biggest sandwich you can get in the city—it’s 14 to 15 inches in length. It’s stacked with cold cuts, pickled onions, lettuce and all the fixings, but the best part about it is this wonderful balsamic drizzle throughout. It does come in a smaller size that’s more fitting for one person but the hero size is either a two-day kind of sandwich, or you’re sharing it with one or two other people. It’s just unbelievably good. It’s worth mentioning that they make incredible pizza as well.”

“Flora’s just closed their second pop-up, unfortunately, but I wouldn’t be surprised if they show up somewhere else. It’s a great success story of the pandemic, they would constantly sell out every day. This particular sandwich has smoked turkey, provolone, sun-dried tomatoes and eggplant relish with some Calabrian chilies. What makes all of Flora’s sandwiches stand out is the sesame bun that they use. Hats off to them, I’m excited to see what they do next. I think it’s become such a staple in the city that they’re bound to come back.”

“Good Behaviour is on the constantly bustling Geary Avenue. They started as an ice cream shop but now they make sandwiches, and their spicy meatball sub, which I tried for the first time last weekend, is incredible. Meatball subs can get soggy and messy, but not this one. I don’t know how they’re pulling this off but it’s like the perfect meatball-to-bun-to-cheese ratio in there. The nice thing about the meatballs themselves, instead of just being a blend of beef and pork, they’re mixing in veal as well. And along with tomato sauce on top, they’ve got a basil pesto mayo in there, too. It’s the best meatball sub I’ve had in the city, hands down. As for their sides, they have unbelievable potato salad and coleslaw. And that’s a photo from their account because I accidentally took a bite of my sandwich before snapping a pic…”

“Forno has been a staple in the city for some time for their wonderful baked goods and handmade pasta. I’m a big tuna guy and I was pretty blown away by this sandwich. It’s made with Callipo tuna and they put it into olive bread with tomatoes, red onion and capers. The wonderful thing about it is that it’s a crunchy sandwich, there’s a lot going on texturally. At the West Queen West location, there are a couple little benches out front where you can enjoy your meal and wonder at all the construction that you’re surrounded by.”

“Maker’s already an institution in terms of how many locations they’ve opened. I was fortunate to have worked close to the OG location right near Queen and Spadina for a few years, so this sandwich has always been a favourite of mine. It was off the menu for a while and I’ve missed it, but it’s back. I don’t think anyone has popularized the bodega sandwich in this city as well as Maker has, and they’ve done it quietly. It’s never necessarily been the talk of the town but it’s the perfect sandwich to me. The vinaigrette is amazing, the meat and cheese ratio is fantastic. The best part is, they include peperoncini and pickled jalapeños. All that with the sub sauce and it’s the closest thing I’ve had to a good bodega sandwich—whether it’s New York or somewhere else, Maker does it.”

“This place opened during Covid. The whole idea here, yes it’s about the sandwiches, but even more so it’s about the dips that come with them. The Hot Dip is roast beef on a warm pretzel roll with crispy onions on top. The kicker is they make this sharp cheddar dip to go on the side. It’s, respectfully, a messy situation in the best way possible. They also make unbelievable pasta salad, and the pickles you can get on the side are amazing, too. It’s just kind of a perfect combination.”

“Gus has blown up a lot over the past few years. I’ve visited their Parkdale location way too many times to count. A torta is essentially a Mexican sandwich—pretty much all the ingredients you can get in a burrito but on a fresh bun that’s almost like a Portuguese roll. I specifically go for the marinated pork and it’s deep flavour profile. It’s rich, it’s wonderful and the cheese is melted but also crispy on the sides. But if pork isn’t your thing you can get chicken, beef or chorizo. It’s just a wonderful spot—and they have Topo Chico.”

“This is what’s up. It’s is just a massive sandwich. I can’t even list the amount of cold cuts they use in it, but it’s a lot. It’s a two-person sandwich for sure, just a delightful brick of a sandwich you can get. The trick is getting in there before they sell out—and this sandwich always sells out.”