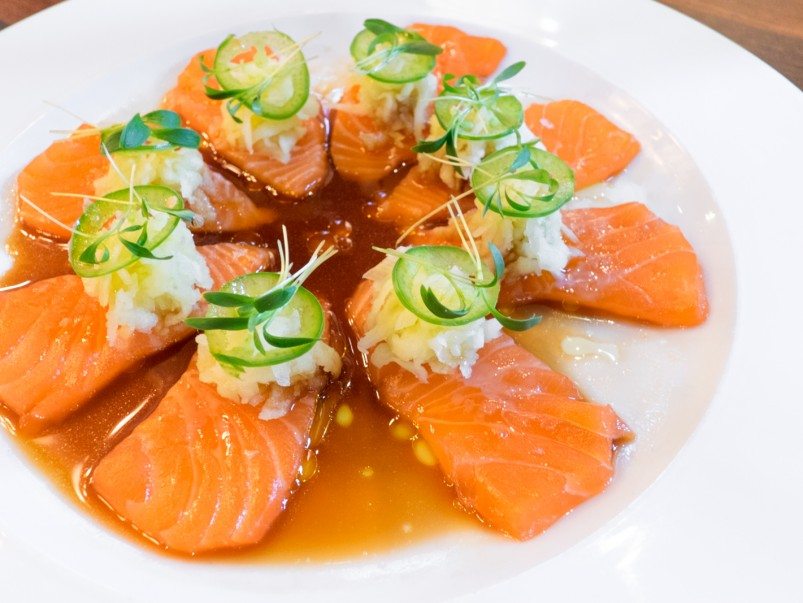 Drake denies rumours he’s an investor in Susur Lee’s addition to the King West after-dark circus, though he’s clearly invested in its success, hyping it on social media and deejaying the opening party. Lee’s sons, Kai and Levi, pals of the “Hotline Bling” king, conceived of the millennial-comforting menu that includes sweet-and-sour cocktail meatballs and jumbo wild prawns, grilled, buttery and as coyly seductive as a Drizzy duet. The star of the night is a heap of fried chicken served with Susur-trademarked, wildly contrasting accompaniments (pickled watermelon, chili-laced maple syrup, garlicky aïoli). It’s all far better than it needs to be for the assembled partiers, who are more interested in popping $725 bottles of Armand de Brignac. Degrassi’s most famous grad would approve.