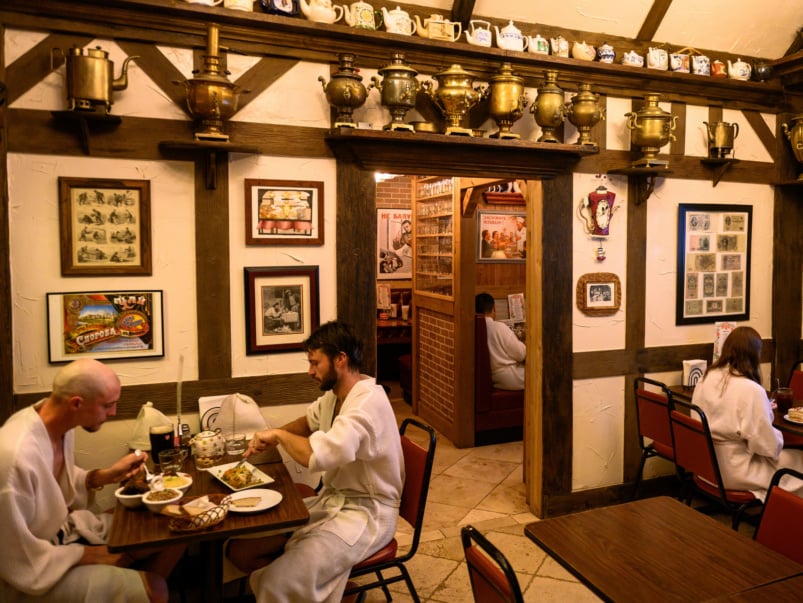 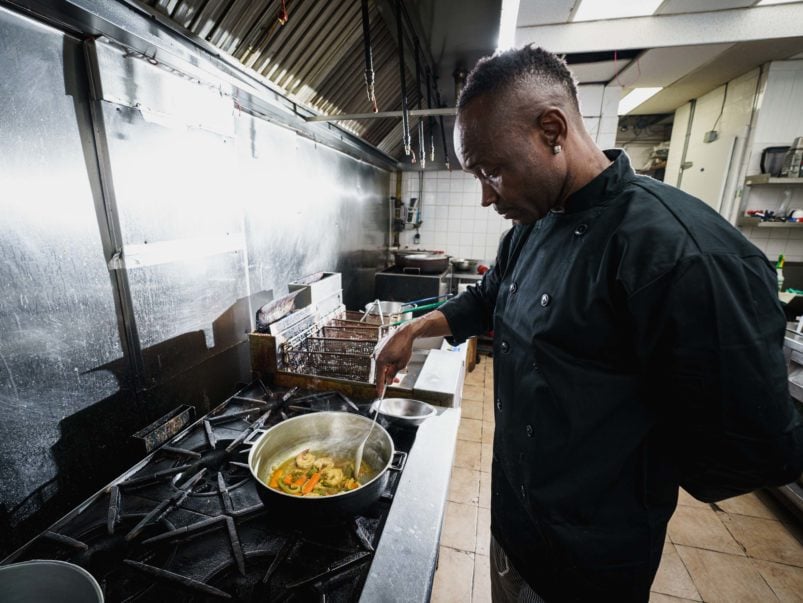 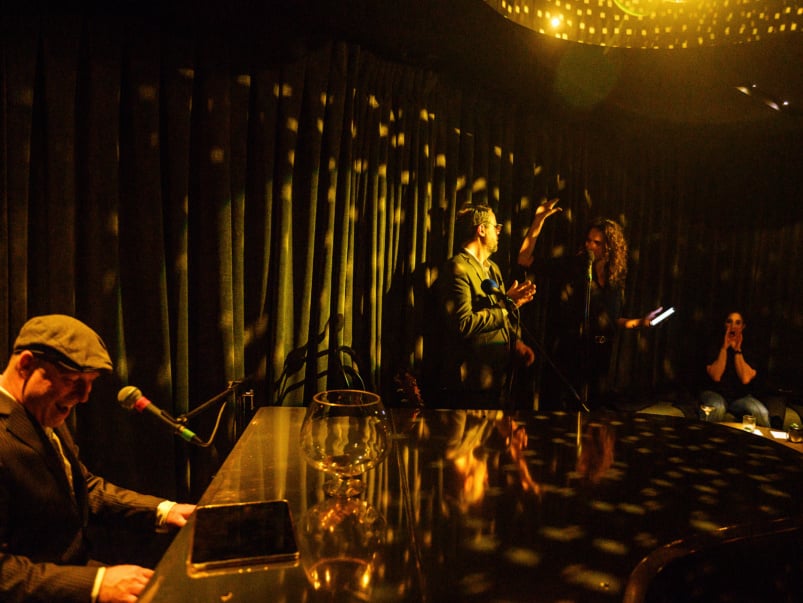 The sort-of secret: California Restaurant and Bar, which serves up authentic Eastern European food
You may have heard of it if: You’ve got a friend who’s Macedonian (or Serbian or Bulgarian) and they wanted you to have a taste of their homeland
But you probably haven’t tried it because: The name makes it sound like a run-of-the-mill American restaurant

To judge this book by its cover, California Restaurant seems like it might serve up things like avocado toast, kale salad, fish tacos and chicken burgers—nothing out of the ordinary. But, on the inside, a team of seasoned chefs is making traditional Eastern European cuisine—goulash, cabbage rolls, schnitzel—with a special focus on classic Balkan meat dishes, like cevapi, ustipci and pleskavica.

In 2006, when Zanette and Dragan Damceski took over California Restaurant and Bar, a diner at the corner of Pape and Mortimer, they decided to make some major changes. The Macedonian couple, who live just a few blocks away, renovated the interior at a cost of $300,000 and revamped the menu, switching from burgers, chicken wings and sandwiches to Eastern European classics.

But they decided to keep the name the same in an attempt to maintain and attract Canadian clientele. Admittedly, these duelling identities—California on the outside, Eastern European on the inside—cause some confusion among new customers who wander in off the street.

“They come inside, and they’re like, ‘What is cevapi?’” says Zanette. “But, once they try the food, they love it.”

Since opening, Zanette and Dragan have considered changing the name to something that better reflects the cuisine, but they say it’s probably too late. Plus, for what it’s worth, the name gives the place a sort of ironic, insider-y appeal—only those who know about it have a chance to enjoy the food.

Dragan came to Toronto from Macedonia in the ’80s, in search of a better life, and worked in a few high-end restaurants, like La Castille and Carmen’s Steak House. He met Zanette in the 1990s, during a trip back to his hometown of Bitola. They were married within two months. In 1996, Zanette moved into Dragan’s east-end apartment, where they live today with their two daughters, Natalia and Emilia.

When they needed to find cooks, they put out ads in a Toronto-based Serbian newsletter. The head chef, Juliana Relja, who came to Toronto after the split of former Yugoslavia, grew up in Montenegro. There, she earned a cooking certificate and honed her craft at a luxury resort called Aman Sveti Stefan, which has hosted the likes of Prince Charles and Sophia Loren. The other cooks at California Restaurant are from Serbia and Bosnia, bringing even more traditional techniques and flavours to the table.

“We have professional cooks, with diplomas from back home,” says Zanette. “It’s not like they came here and became cooks because they couldn’t do anything else.”

California Restaurant is a family business. Zanette works there seven days a week, serving and managing, and Dragan buys the food. Their daughters—now 20 and 25, both U of T students—work at the restaurant in their spare time. And Zanette’s sister bakes the bread and cookies.

And the sense of family extends to the customers. Helen Long is a California Restaurant die-hard. It all started 15 years ago, when the retired schoolteacher and library technician, now 83, bought a place in Don Mills. Around that time, Long hopped on the TTC, looking for a decent place to eat. She rode around on buses until she stumbled upon California Restaurant. “I came in, sat at one of the tables and watched Zanette work,” says Long. “She impressed me so much that I decided to come here every day.”

Every morning, Long gets on the Don Mills express bus and takes it to Pape Village, where she jumps out and pushes her walker to the restaurant. She sits for most of the day at the same table, enjoying soup or goulash—whatever Zanette brings out. “A tremendous warmth washes over me when I walk through the door,” says Long, who lives alone. “They make me feel like part of their family.”

The Damceski’s customers are a mix of Pape Villagers and members of the Yugoslavian diaspora looking for a taste of home. Some come from as far as Hamilton to hang out, eat, drink and, recently, to watch Croatia play in the World Cup. “When Croatia lost to Argentina in the semi-finals, it was very sad,” says Zanette. “But Argentina was the better team. Did you see Messi? He’s a master.”

On Saturdays, from 9 p.m. on, a band plays in the corner of the room. The acts are from Bosnia, Macedonia and Serbia. On those nights, guests often stick around for hours, revelling in the good vibes, enjoying an aperitif, ordering dinner, opening a bottle of wine, listening to the music. Some even get up and dance, showing off their fancy footwork in the middle of the restaurant.

“This is not like other restaurants,” says Zanette. “The warmth, the atmosphere, the energy here. I want people to feel at home and get a break from regular life.”