Corey Mintz eats lunch with culinary historians to unpack the spices, seasonings and subtle geographic influences that flavour some of Toronto’s tastiest cuisines

When you eat Hakka Indian cuisine, it’s not just some aimless Chinese-Indian fusion, a chef throwing together cumin and soy sauce just to see how they taste together. What you’re tasting is a legacy of war, colonialism, border conflict, unlawful imprisonment and migration. 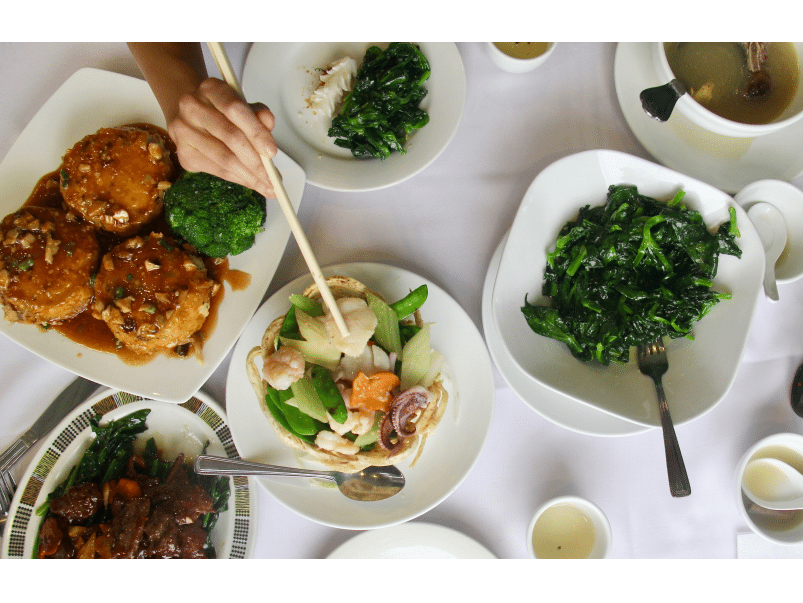 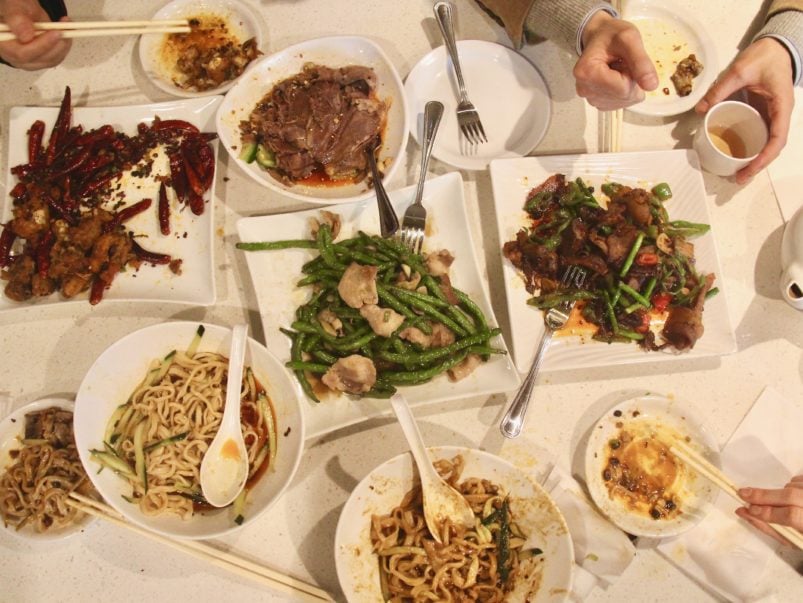 Faley Restaurant (in Rexdale and East York) is my go-to, where the Hakka Indian fare is not terribly spicy, but intensely fragrant. University of Toronto history professors Jayeeta Sharma (who focuses on migration, labour, gender and food in post-colonial spaces) and Daniel Bender (who specializes in food history) recommend a place called Anjappar Chettinad, a South Indian restaurant in Mississauga, Scarborough and Brampton with a number of Chinese dishes on the menu. We decided to meet downtown at Yueh Tung, nestled on the second floor at Dundas and Elizabeth near City Hall, for a quick lunch lesson about the mingling of Chinese and Indian influences that defines a large part of the Hakka culinary canon.

“The story of the Hakkas is also the story of labour migration,” Sharma says. Over a plate of Hakka wonton yam mein, a pile of thick noodles strewn with char siu pork and dumplings, Sharma tells me how Chinese cooking travelled through India to Canada.

She charts the first wave from China to Calcutta in the late 18th century. After being brought to India to grow tea, Sharma says, many of the southern Chinese who settled there worked in and ran tanneries, because working with the cow’s leather hide was something that some of the groups in eastern India wouldn’t do for religious reasons.

The Hakka Chinese diaspora lived peacefully in India for more than a century, until after Indian independence, when China and India found themselves as rival nation states. “They have a border,” Sharma says, “It’s a kind of frontier conflict that’s inherited from the British. In 1959, China takes over Tibet. The Dalai Lama flees to India. From the Chinese point of view, all these territories are theirs. And India claims them because India feels that it inherits the British right to these territories.”

“So China invades India in 1961,” says Bender, as our server arrives with an order of crispy chili shrimp.

“And India was militarily unprepared,” says Sharma. “They marched into the territory. There was no opposition. This partly explains,”—she repeats the phrase, so as to emphasize that an explanation is not a justification—“partly explains why India retaliated by interning everyone who was seen as Chinese, living in India. They were swooped up overnight. It was conducted under great secrecy. This was kept a complete secret. The newspapers didn’t report it. It was a time of national emergency. I grew up in India and I did not know of this until I heard the stories from Chinese in Canada.”

A server returns to clear away our bowls of chicken sweet-corn soup, which Sharma has ordered out of nostalgia. “When I was a child in India, if and when fresh corn was in season, I don’t think fresh corn would ever have been used to make this. But there were always cans of sweet corn in grocery shops.”

The soup is sweet and bland, thickened with cornstarch and egg. Corn starch is a mainstay of Yueh Tung’s Hakka menu, though the signature dishes, chili chicken and Manchurian chicken, are available dry or with sauce. Bender and I both reach for chili oil to give the soup some life.

Sharma continues: “The worst part of the story is the ones who were interned, their families lost their property, and some parts of families were repatriated to southern China. Remember that these people didn’t speak any Mandarin. In India they were part of the social fabric. A Calcutta social occasion wasn’t complete without going for Chinese food.”

Most detainees were held in a camp in Rajasthan until 1966. After being released, there was no compensation for their loss of property or business. Those who were able migrated to Canada and the United States. And the survivors of this saga, the people frying up the Manchurian chicken, don’t want what happened to be forgotten.

“Their children and grandchildren want those stories collected,” Sharma says.