Last year, John Horne was promoted to executive chef of Canoe and Auberge du Pommier. The father of “one and three quarters” (he’s expecting his second child in June) lives just around the corner from Auberge, which happens to be where he met (and proposed to, and married) his wife, Bonnie Woo.

Before the couple bought their three-storey townhouse, they didn’t entertain often: their old home had a closet-sized kitchen. When they moved into the new place, they tore down one of the kitchen walls to create an open-concept dining area, and built a large quartz island—with a built-in induction stove—to anchor the room. They love the fact that three-year-old Kaitlyn can’t burn herself on the cooktop, as well as how energy efficient the appliance is. “The country boy in me hates wastefulness,” says Horne.

On weekends, Horne takes Kaitlyn swimming, and after, the two hit up Sunny Supermarket for groceries. “They have great produce and fresh fish,” says Horne. When the shopping is done, they go to Gloucester Bakery for Chinese pastries. Kaitlyn loves the coconut buns; Horne’s a fan of their char siu bao (barbecue pork buns). 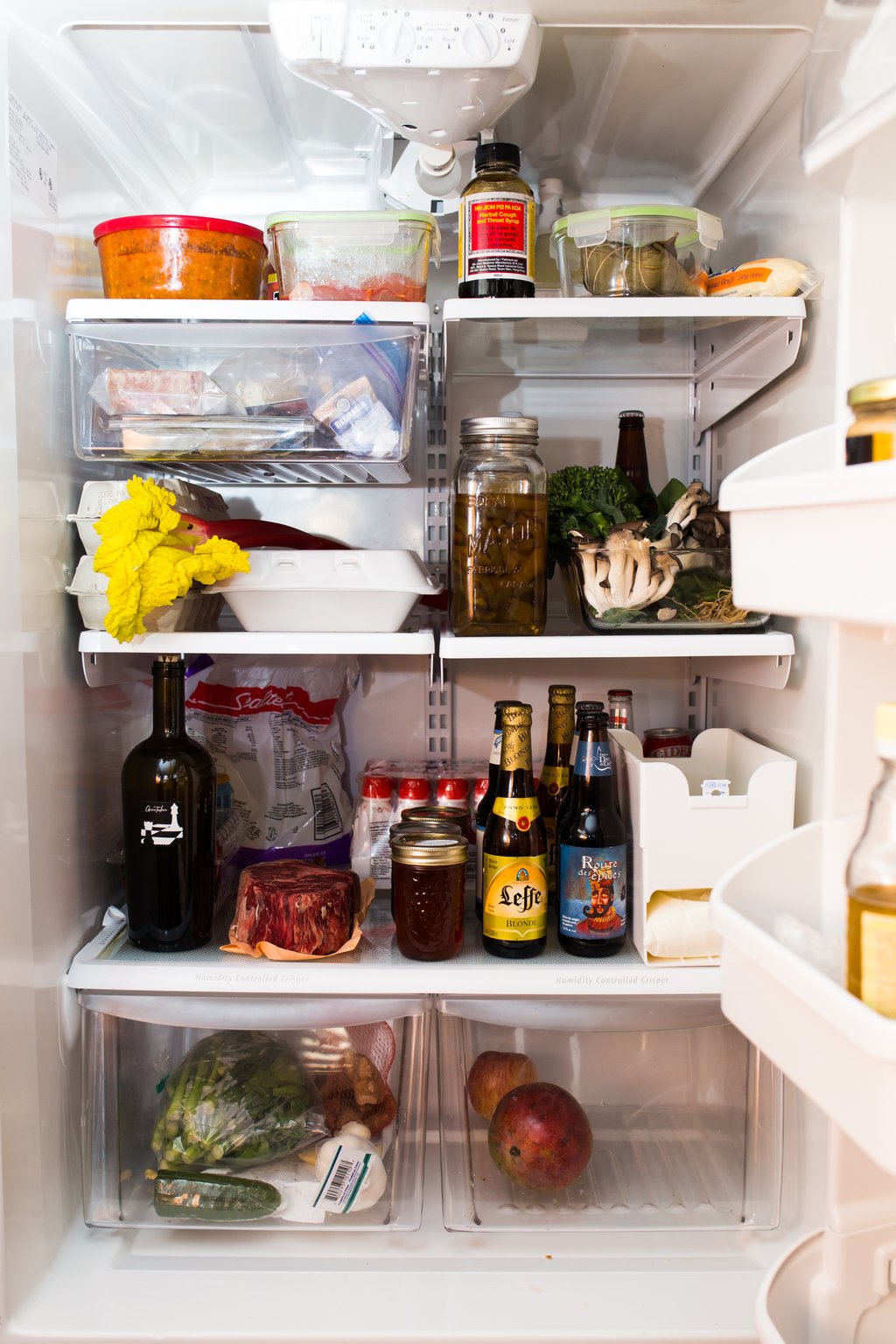 If Horne needs last-minute ingredients, he’ll run out to Whole Foods or Rabba which are walking distance from his house, but he misses shopping trips to places like Cumbrae’s and the Cheese Boutique (when he has time, which isn’t that often). 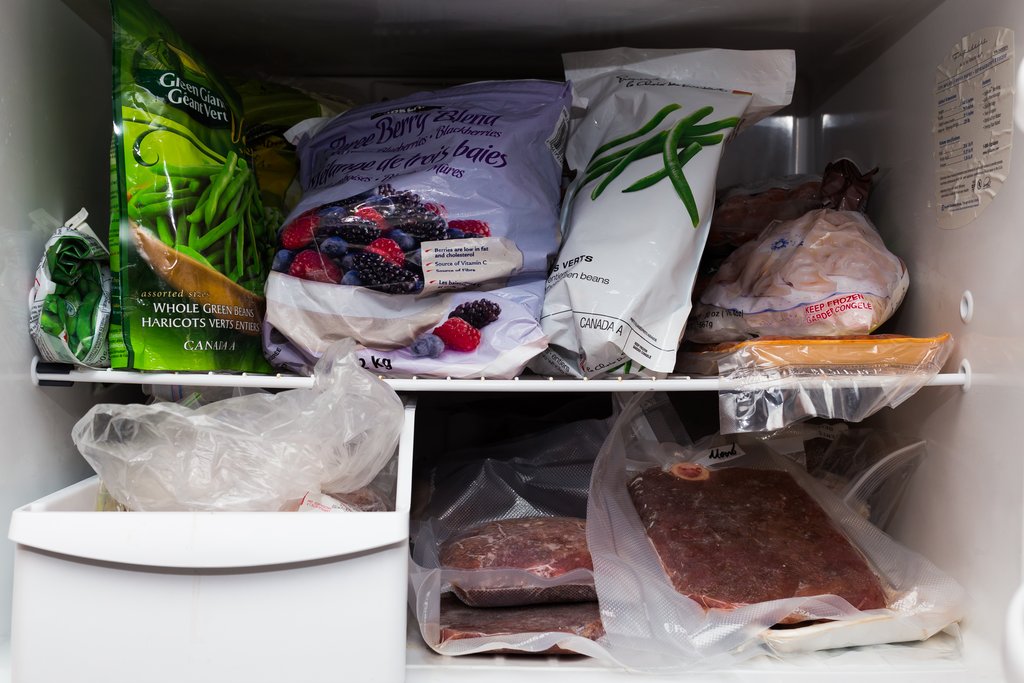 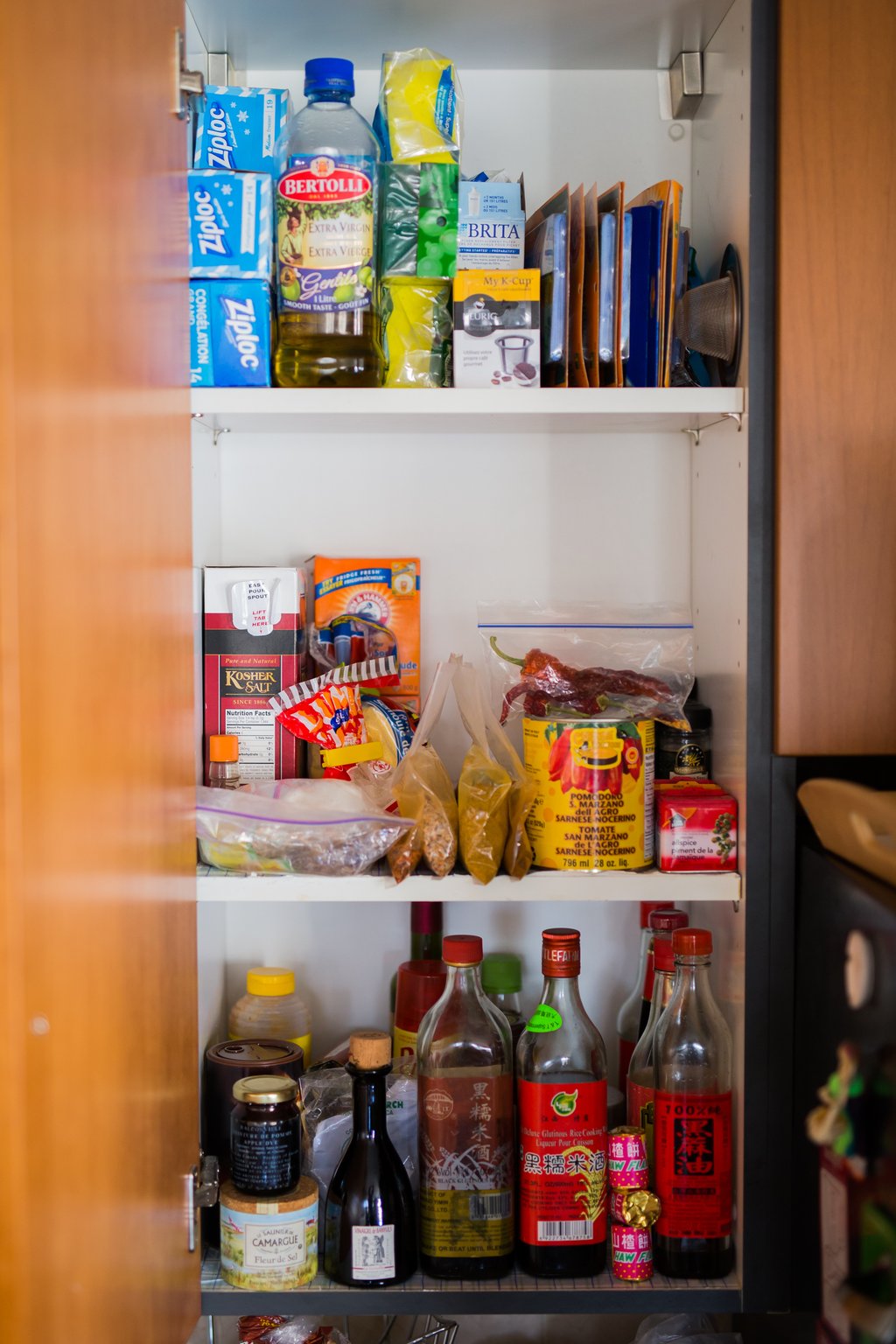 Over the years, Horne’s cookbook interests have changed. “I used to buy books for the cooking techniques, or ones about gastronomical craziness,” he says. “Now I buy regional cookbooks.” 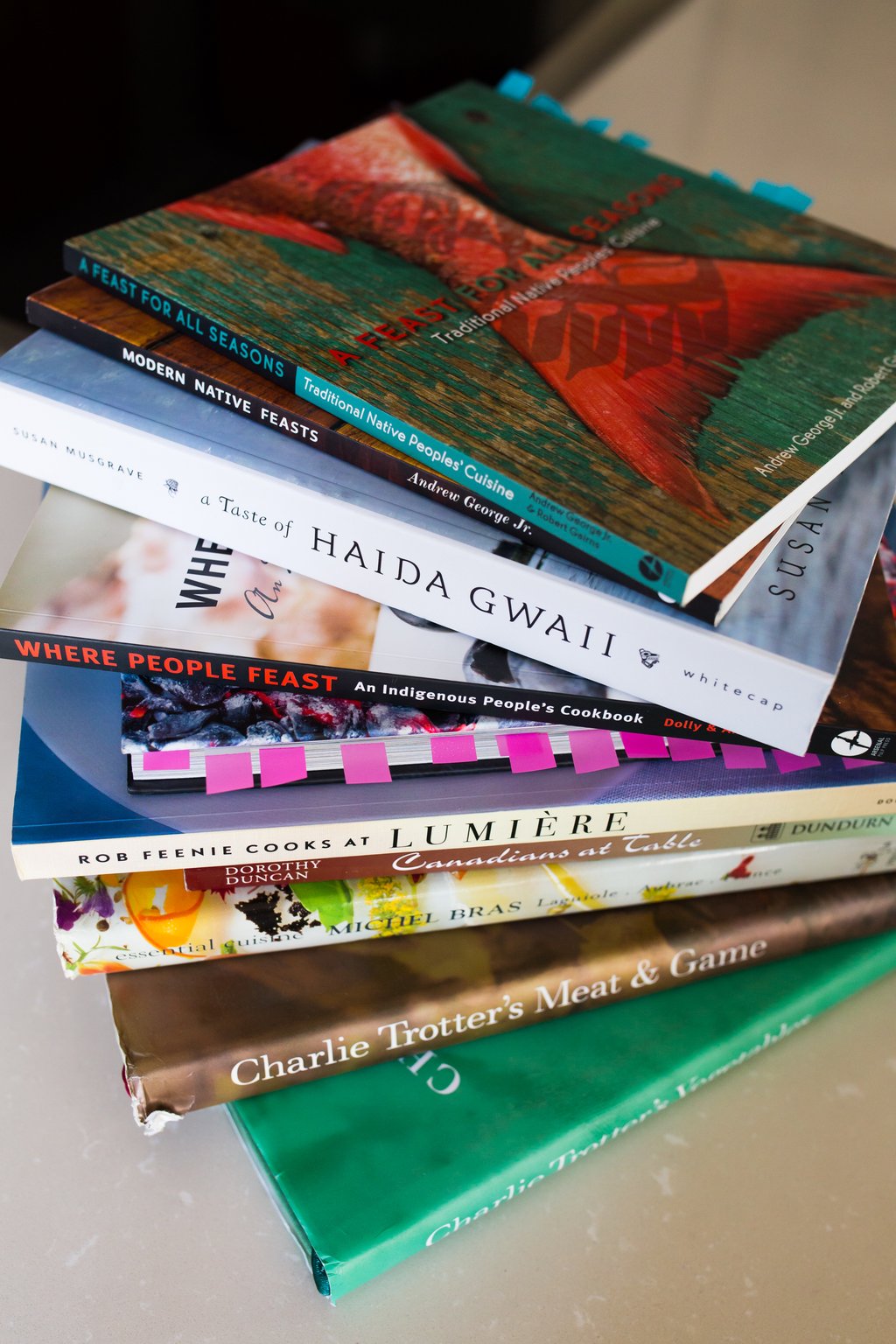 And here are a few of the couple’s well-used appliances: 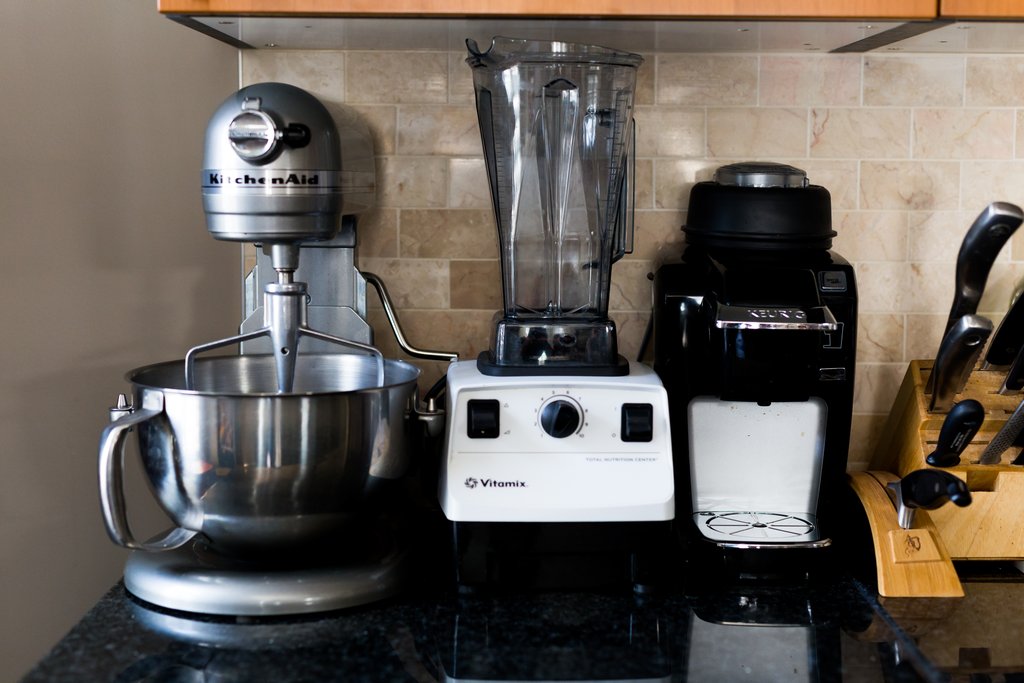 “I’m just a farmer that loves mashed potatoes and roast beef,” says Horne. He picked up this ricer—which he uses almost exclusively to make mashed potatoes—at Placewares in the St. Lawrence Market:

This popcorn machine belonged to Horne’s grandmother. He has fond childhood memories of her using it at the family cottage:

Horne had a Snoopy Sno-Cone Machine as a kid, but he lost all the parts. Last year his sisters gave him this one. “Turns out, snow cones taste better when you’re a kid”:

A few years back, Anthony Walsh was experimenting with screech at Canoe. One of the servers travelled out east and brought back a few bottles for the staff:

Canoe and Auberge server Robert Bonathan made this painting, composed of Horne’s old business cards overlaid by an illustration of the first thing he made at Canoe (an abstract lobster-and-watermelon dish), to celebrate Horne’s promotion:

The staff at Auberge du Pommier made this book for Horne when he became Canoe’s chef de cuisine. In it, Mackerel John—a rugby-playing choir boy with lofty chef goals—decides to leave northern Ontario for the big city: 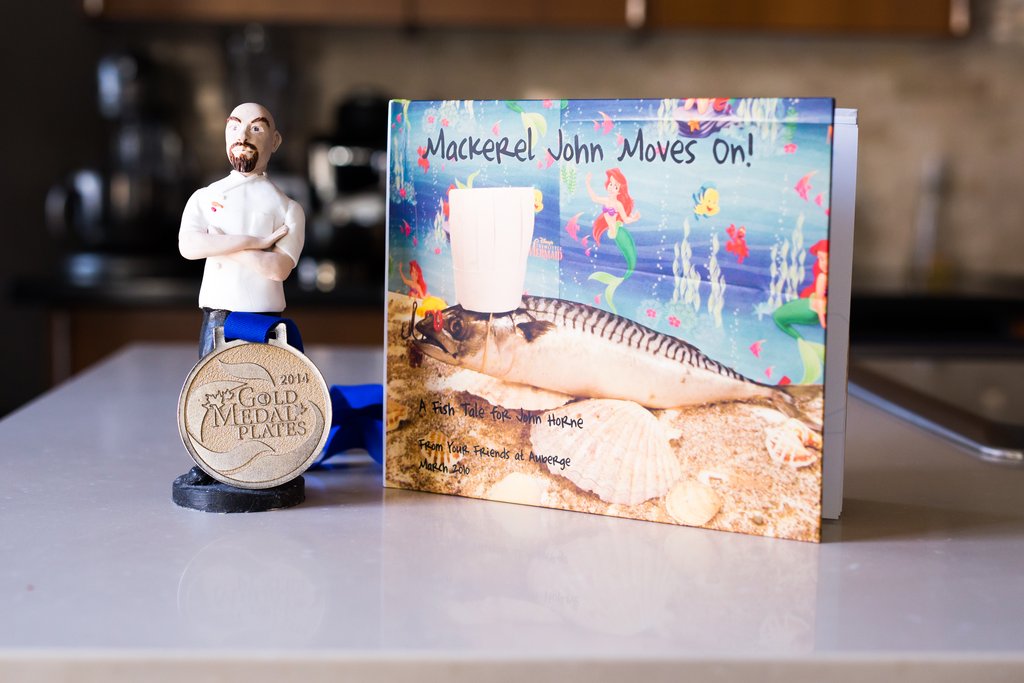