No, the flashy marquée on Augusta that reads “Wrestlers” does not point the way to a subterranean fight club: the basement spot is Kensington’s new coffee house and paletería. Co-owners Juan Roman and Axel Arvizu, who also own La Tortilleria, sat on the empty space for a few years before deciding to open an ice-pop shop. Their frozen treats come in over 20 flavours that are either refreshing (lime, tamarind, pineapple) or indulgent (Oreo, creamy pistachio, dulce de leche). More potent summer refreshers include margarita and piña colada slushies, and (for those not-so-hot days) Kahlua-spiked coffee.

For an extra 50 cents, a paleta can be “taken to the next level,” which means having it dipped in chocolate and then rolled in one of many toppings, including toasted coconut or Reese’s Pieces. This yogurt and raspberry paleta has been dipped in dark chocolate and covered in peanuts. $4.50. 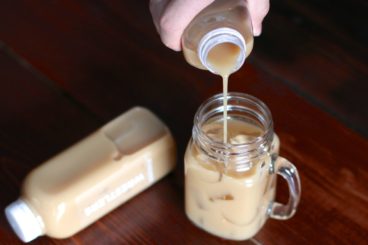 Churros are piped with cajeta or chocolate ($2). For an extra 50 cents, customers can have their churros “taken to the next level,” too.

And just in time for patio season: margarita slushies. $7.50.