More on the Royal York 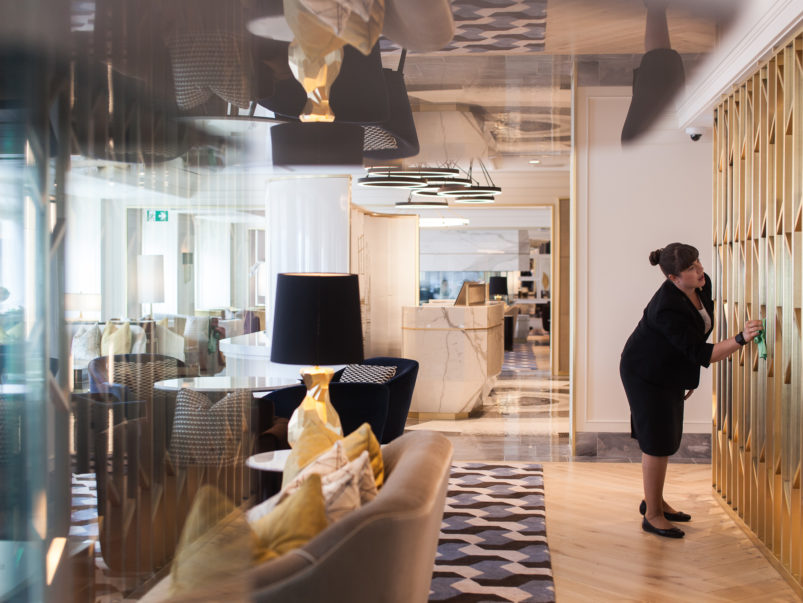 As one of the Fairmont’s top chefs, JW Foster has moved around a lot—he’s helmed five Fairmont kitchens over the past 10 years. He and his wife, Holly, have called Banff, Shanghai, San Francisco and Dallas home, but they always hoped to return to Ontario. The couple moved back to Toronto in 2018, when JW was appointed executive chef at the Fairmont Royal York. It was actually a sort of homecoming for JW, who had been the Royal York’s exec sous chef before he decamped for a decade of nomadic hotel hoping. As part of the Royal York’s 90th birthday celebrations, the heritage hotel received a multi-million dollar reno, which included redoing the restaurants. JW was hired to dream up, and then execute, the new menu concepts for Reign, the Royal York’s French-inspired restaurant, and Clockwork, the luxe lobby bar.

On weekdays, JW wakes up well before sunrise. He’s at the gym by 4:45 a.m., and then home an hour later to have breakfast with Holly. The two have the same thing most mornings: avocado toast and French press coffee. JW’s usually at work by 7:30 a.m., where he begins a long day of meetings and menu tastings. Because he grazes throughout the day—sampling this new side and that new app—JW typically doesn’t sit down for a proper meal. When he gets home around 8 p.m., he’ll raid the fridge and throw together a no-fuss plate of whatever’s easy—usually cheese or smoked fish with some salad left over from Holly’s earlier dinner.

Apart from avocados and limes, which are JW’s guilty pleasure exceptions, he’s a 100-kilometre convert. He tries to pack his home fridge with seasonal produce, which he buys weekly from local farmers’ markets. Saturday mornings—which start around 6 a.m. because Roux, their energetic blue heeler, refuses to let them sleep in—begin with coffee followed by a trip to the St. Lawrence Market. If the couple doesn’t feel like cooking breakfast, they’ll pop over to Maha’s for Egyptian brunch. Later, they’ll trek to Parkdale. If they’re in need of a pick-me-up, they’ll head to the Abbot for oat milk chai lattes.

Although the couple buys most of their fish (Mike’s Seafood), produce (a mix of vendors), cheeses (Olympic Cheese and Chris’s Cheese) from the St. Lawrence Market, they also shop at T&T Supermarket, where they buy fresh noodles and Asian condiments. For bread, they’ll go to Thuet or pick up a loaf of Terra Bread’s smoked barley from the market. For everything gourmet (truffle oil, fancy salts) they visit the Cheese Boutique, where they also buy pasta and (more) cheese.

JW and Holly bought their east-end home last year and have been slowly renovating it. The first order of business was to attack the kitchen. They bought a candy apple red Caloric fridge and a professional-grade Bertazzoni gas range, and designed the kitchen around these two key appliances:

The addition at the back of the house was previously a teeny-tiny dining room. They decided to make it part of the kitchen by widening the doorway, which they then clad in 120-year-old barn board:

In a previous life this pantry was a display case in a Hamilton opera house that’s since been torn down:

JW calls refined sugar “white death” and much prefers to use maple syrup and honey to sweeten things:

When it comes to booze, JW likes anything with a smoked flavour, be it the roasted agave in mescal or the peat in Scotch. Here’s what he has in his liquor cabinet:

Here are some of his favourite knives:

JW enjoys a pretty, picture-filled cookbook, but his favourite books are the well-written ones. He’s drawn to cookbooks that dig into the history of a cuisine, or the story behind a restaurant or a chef: 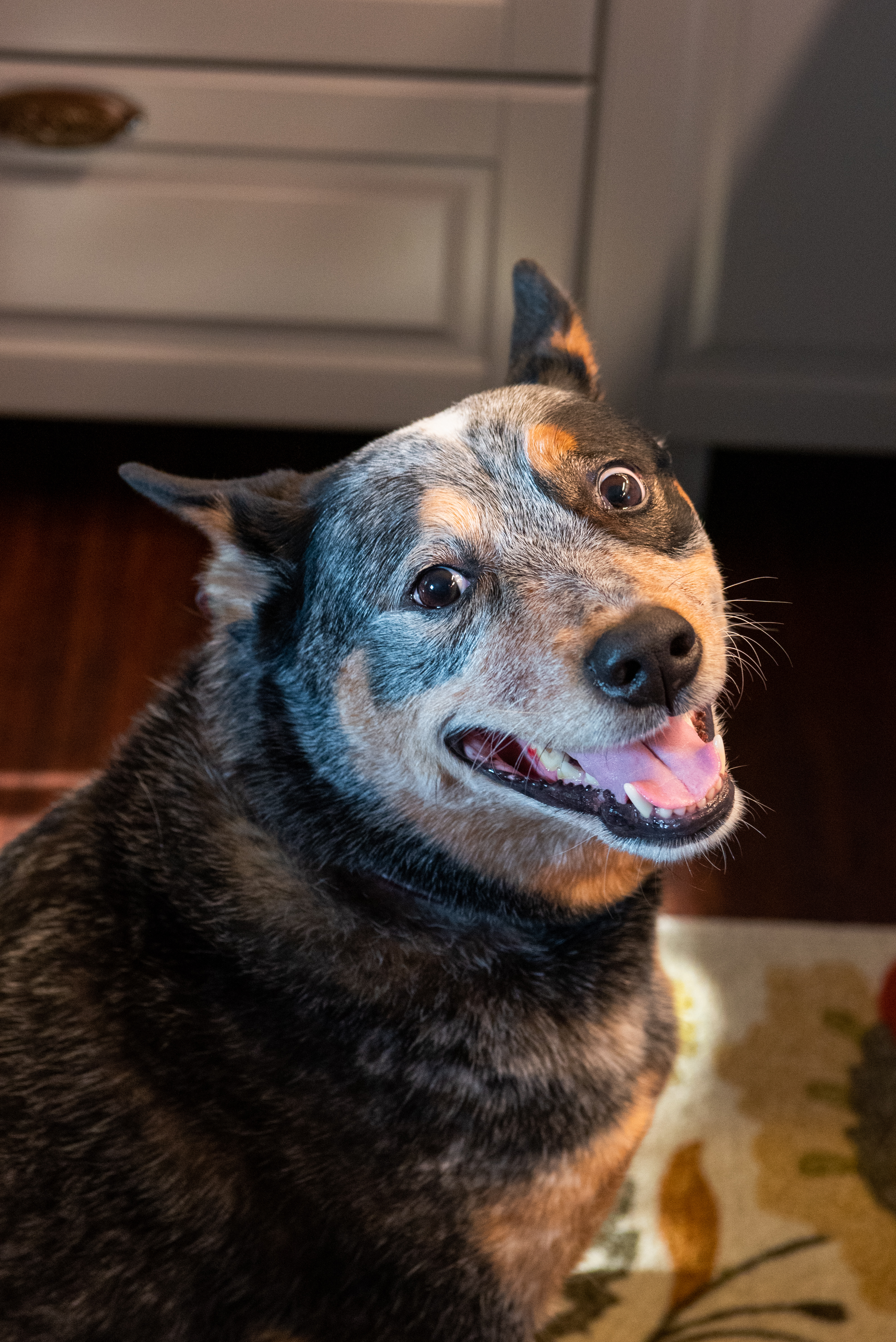 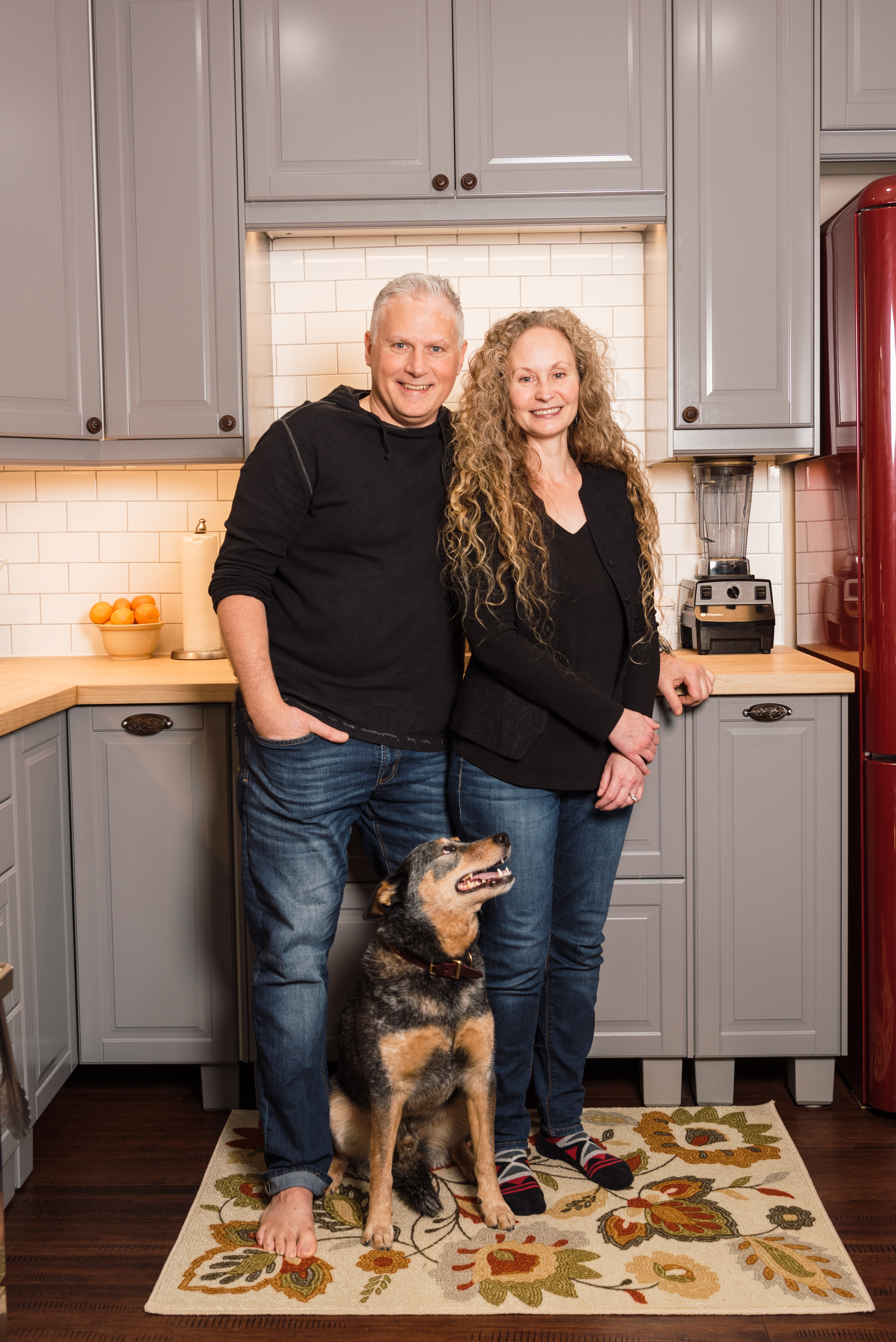