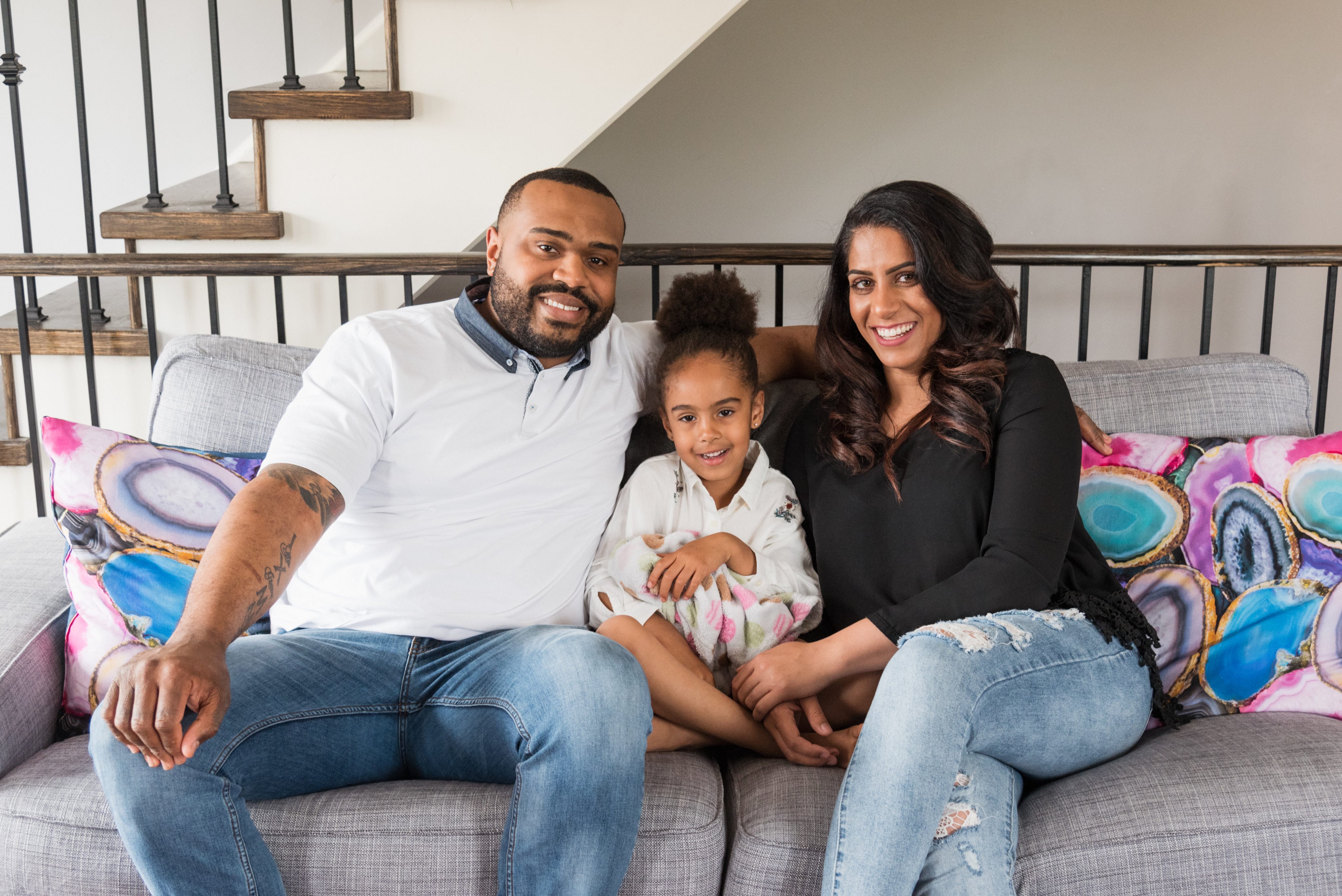 Despite being the executive chef for a clutch of Leslieville restaurants—The Thirsty Duck, Pollyanna, Eastside Social—Stefan Skeene calls Mississauga home. “I grew up in the suburbs, so I’m used to commuting,” says Skeene about his hustle to-and-from work. Stefan, his wife, Sol, and their four-year-old daughter, Vienna, just moved into this stacked townhouse a few months ago. (It’s around the corner from Vienna’s grandparents, which is hugely convenient.) Stefan loves this open-concept kitchen, but thinks there’s a dearth of counter and cupboard space. He’s had to relocate most his cooking gadgets to his work kitchens because there’s just not enough room here. 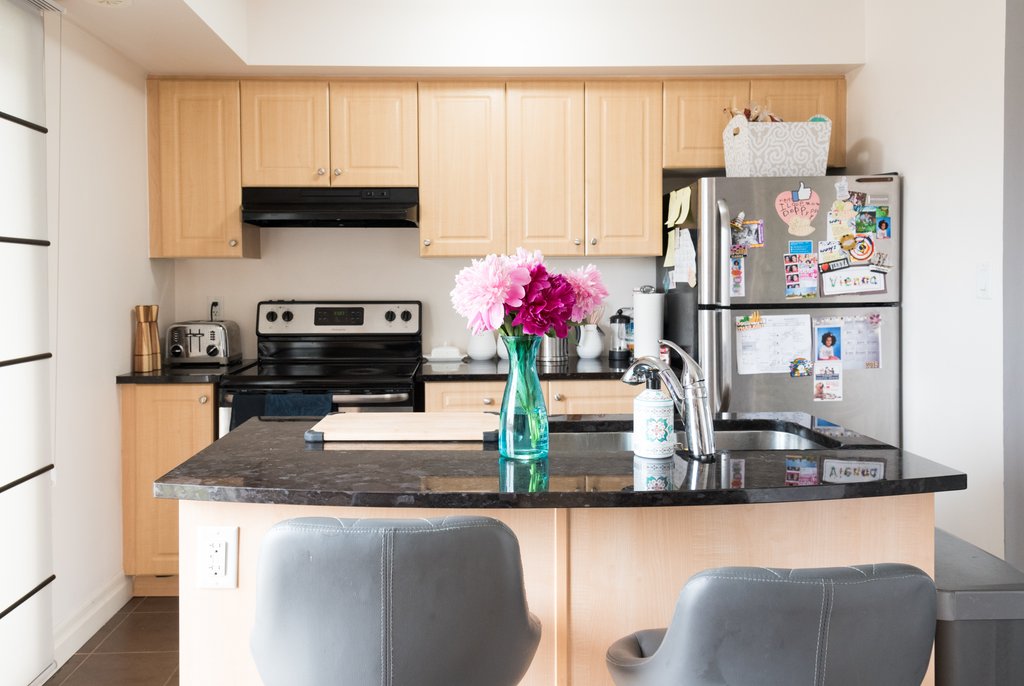 During the week, the family gets up around 6 a.m. to get Vienna ready for school. “I usually piggyback on whatever she’s eating,” says Stefan, who tends to make his toddler a smorgasbord of berries, yogurt, toast, cheese and eggs. When pressed about her favourite breakfast, Vienna is quick to say Cinnamon Toast Crunch cereal, before her parents remind her that she actually favours pancakes. Pancakes, though, are reserved for weekend breakfasts, when Vienna becomes head chef, with Stefan acting as her sous.

Stefan will then drop off Vienna (school) and Sol (work) before heading to Leslieville to begin his daily tour of the three restaurants. Instead of eating lunch, Stefan grazes throughout the day testing his various menus. For dinner, though, he’ll often join in on the staff meal. (The other day he made panzerotti for everyone.) He typically doesn’t get home until after midnight, at which point he’ll raid the fridge and have what he calls an over-the-sink meal. 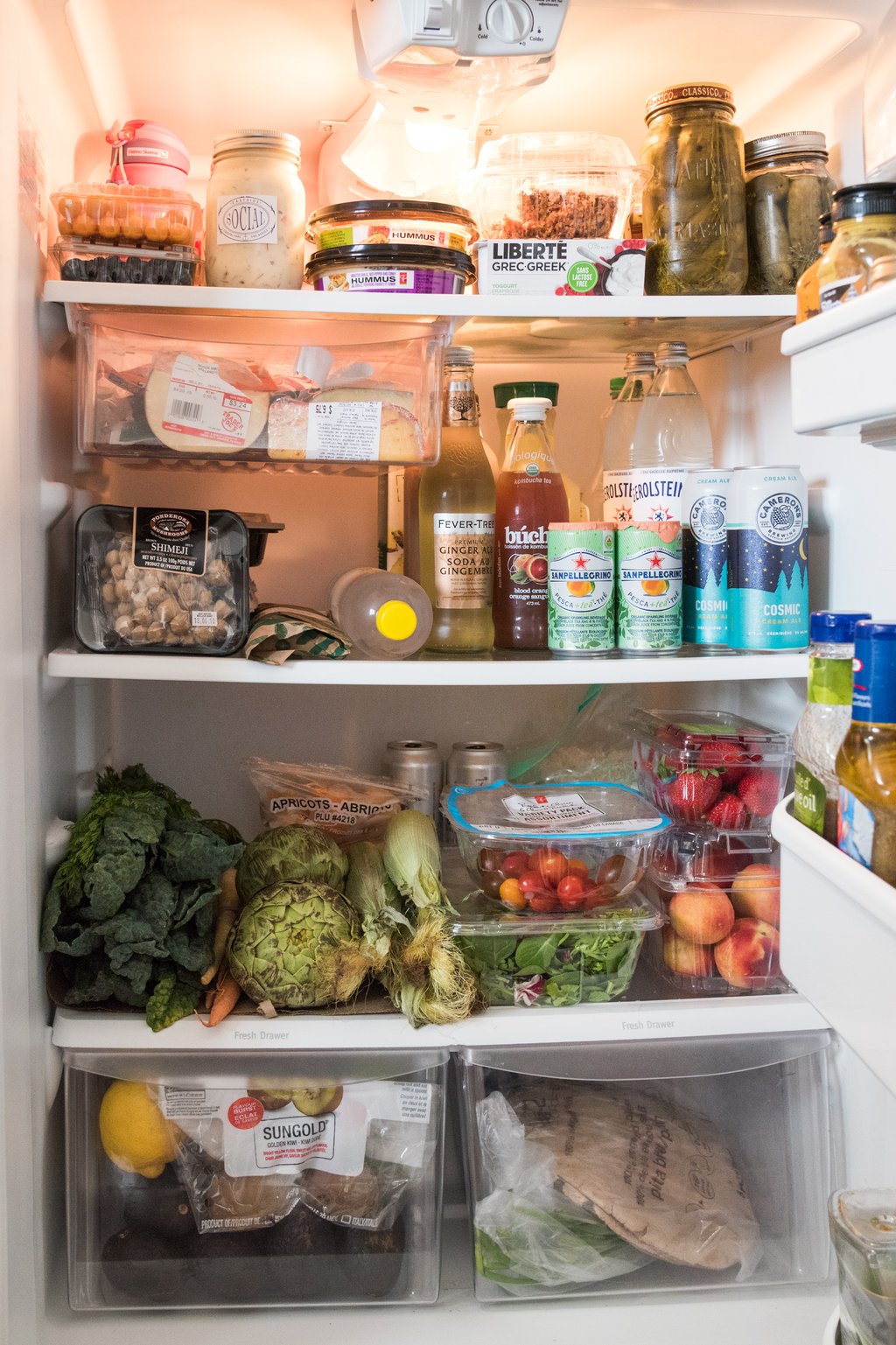 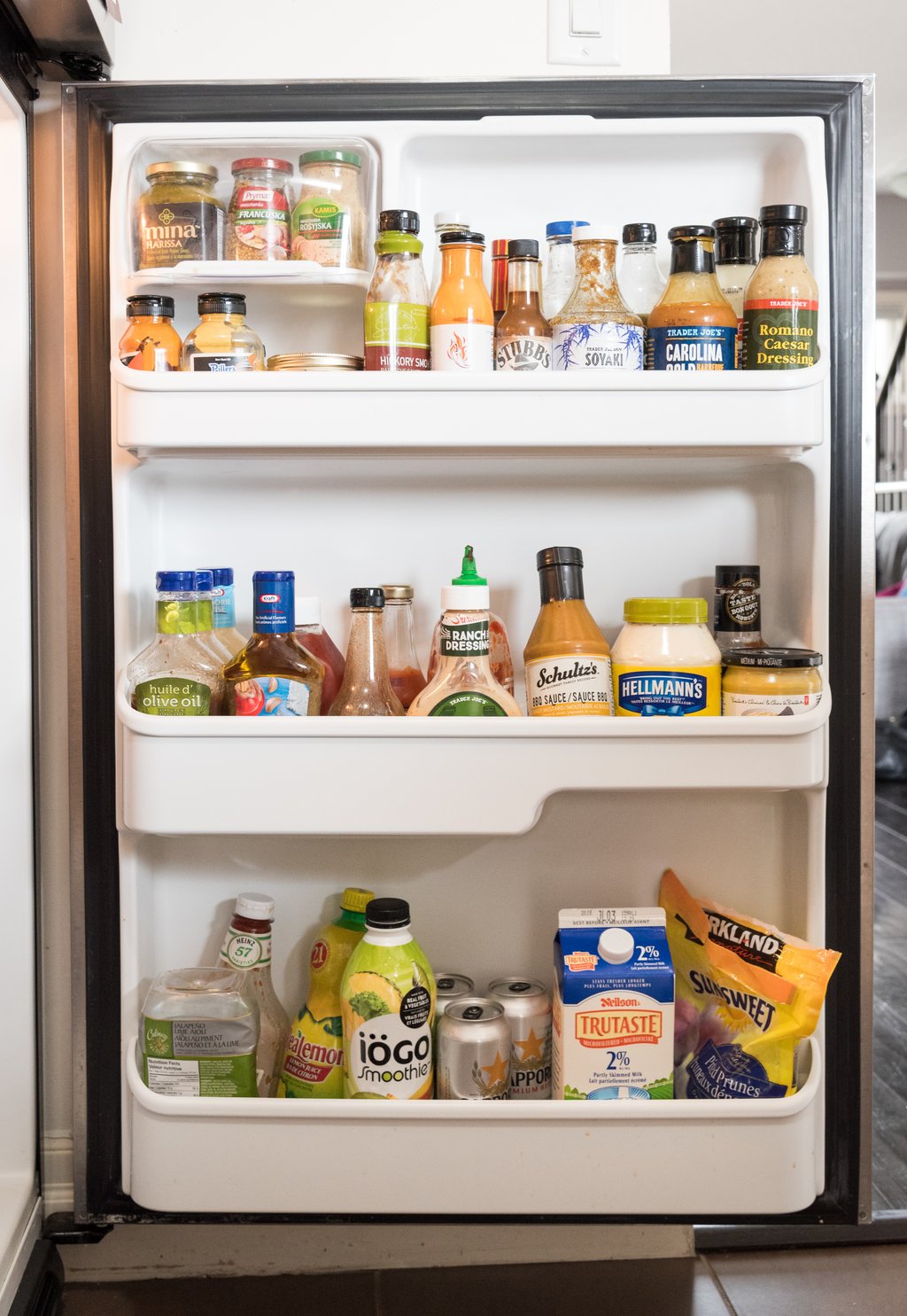 Sundays are Stefan’s time to relax. The day starts with pancakes or maybe some Trini food (Stefan’s family is from Trinidad and Vienna loves his Trini bake with eggs for breakfast). The Skeenes will then head downtown to stroll along Queen West. If Vienna’s at her grandparents’ house for the night, Sol and Stefan use their alone time to hit up Bar Isabel, their favourite restaurant in the city. If it’s a family night in, however, there’s a good chance Stefan will make fried chicken for his girls.

“The way my wife feels about shoe shopping, I feel about grocery shopping,” says Stefan, who doesn’t find it a chore at all. He won’t go with a shopping list, though. Instead, he delights in browsing grocery store shelves, seeking out ingredients that excite him. “At Cheese Boutique, I’m like a kid in a toy store; I can do some serious damage there,” says Stefan. His other go-to specialty shops include Truscott Bakery (for their deli and pizza dough) and Starsky for Slavic goodies. 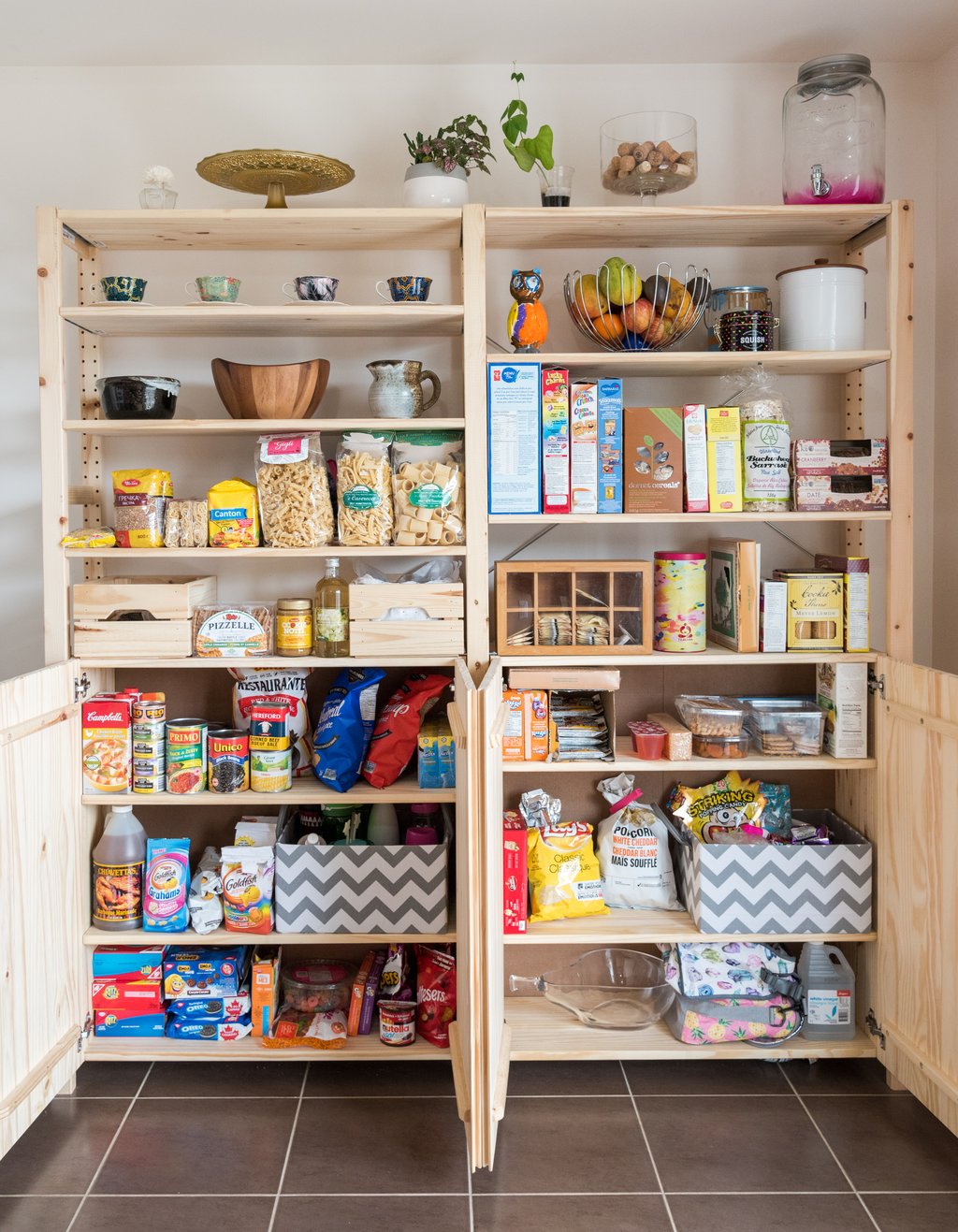 For everyday grocery shopping, Stefan heads to Mississauga’s Adonis for their produce and Middle Eastern spices (Sol is Persian and always keeps sumac and saffron on hand). For meat, Stefan thinks that Paramount Butcher Shop is tops. And when it comes to bread, he says Blackbird Baking Co. makes some of the city’s best baguettes and sourdoughs. Stefan alternates between Nations and Whole Foods for prepared foods and other kitchen staples.

This family’s not afraid of carbs. In fact, they love bread. Sol finds balance between her sweet tooth and bread love by doing serious juice cleanses. She recently finished a 30-day one (yes, 30 days): 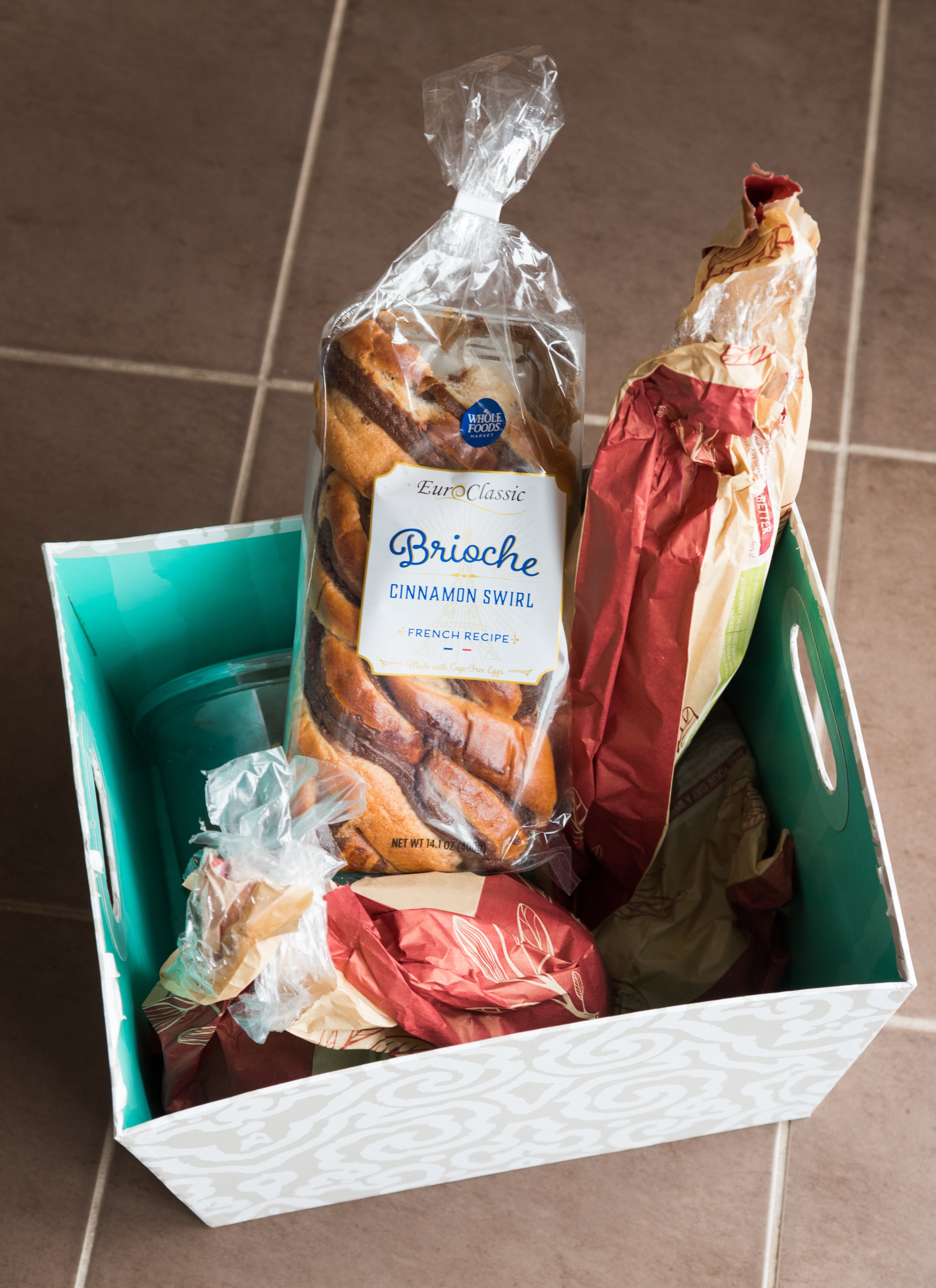 “I’m an anything goes guy,” Stefan says of booze, before adding quickly, “though I’m more of a dark-liquor person: scotches, whiskeys, bourbons, rums.” 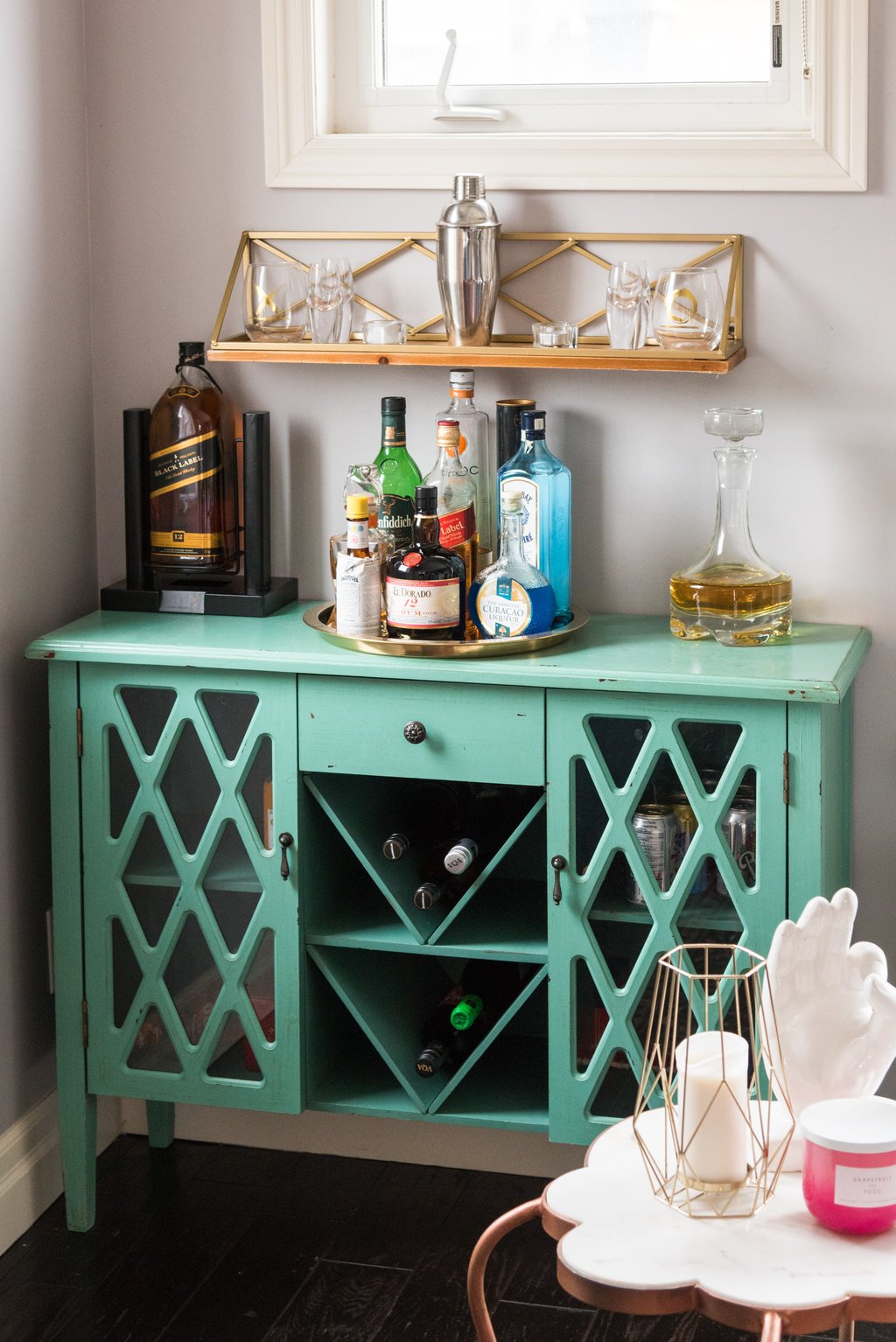 This once held beer, but Stefan wants to brew his own small-batch cider in this container: 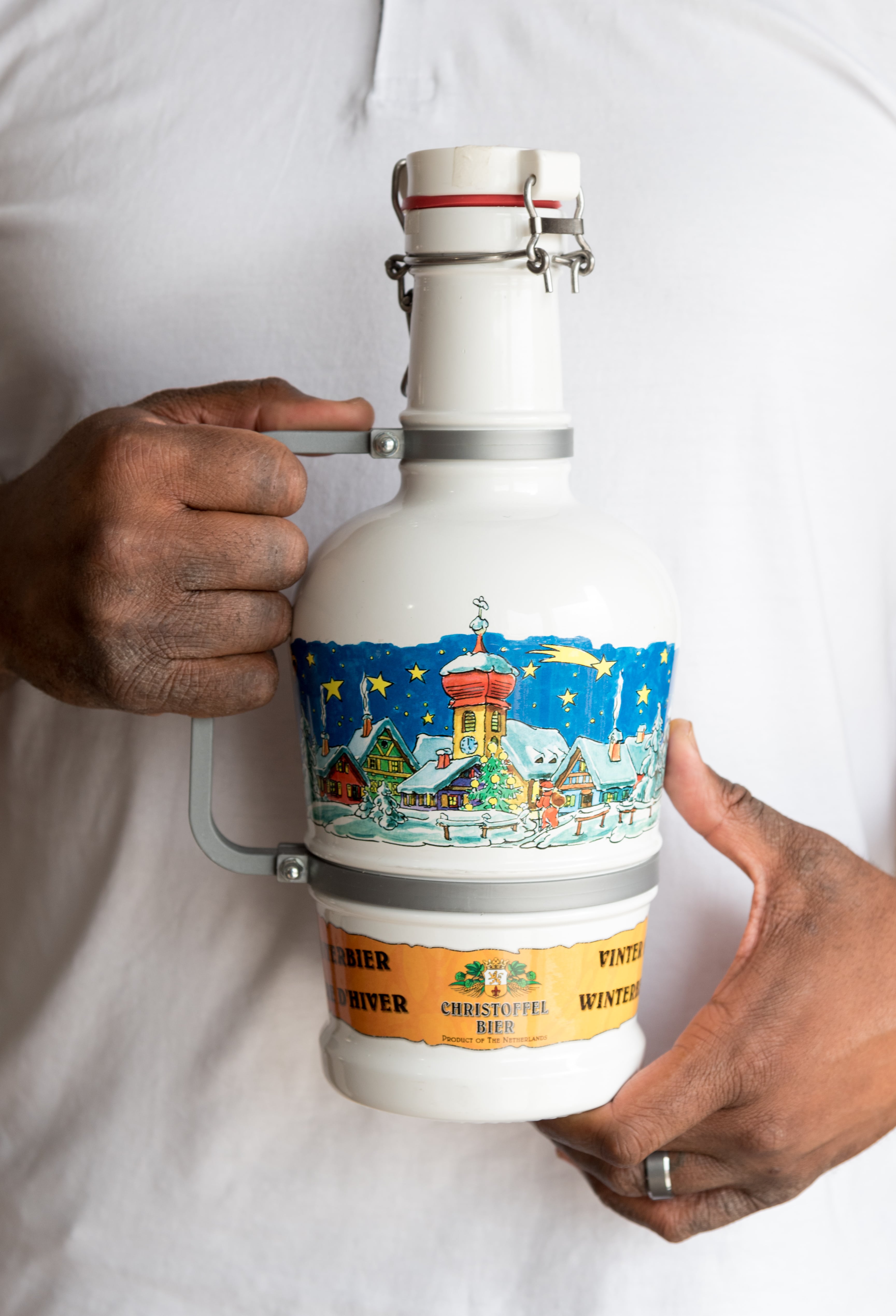 And here’s his bookshelf: 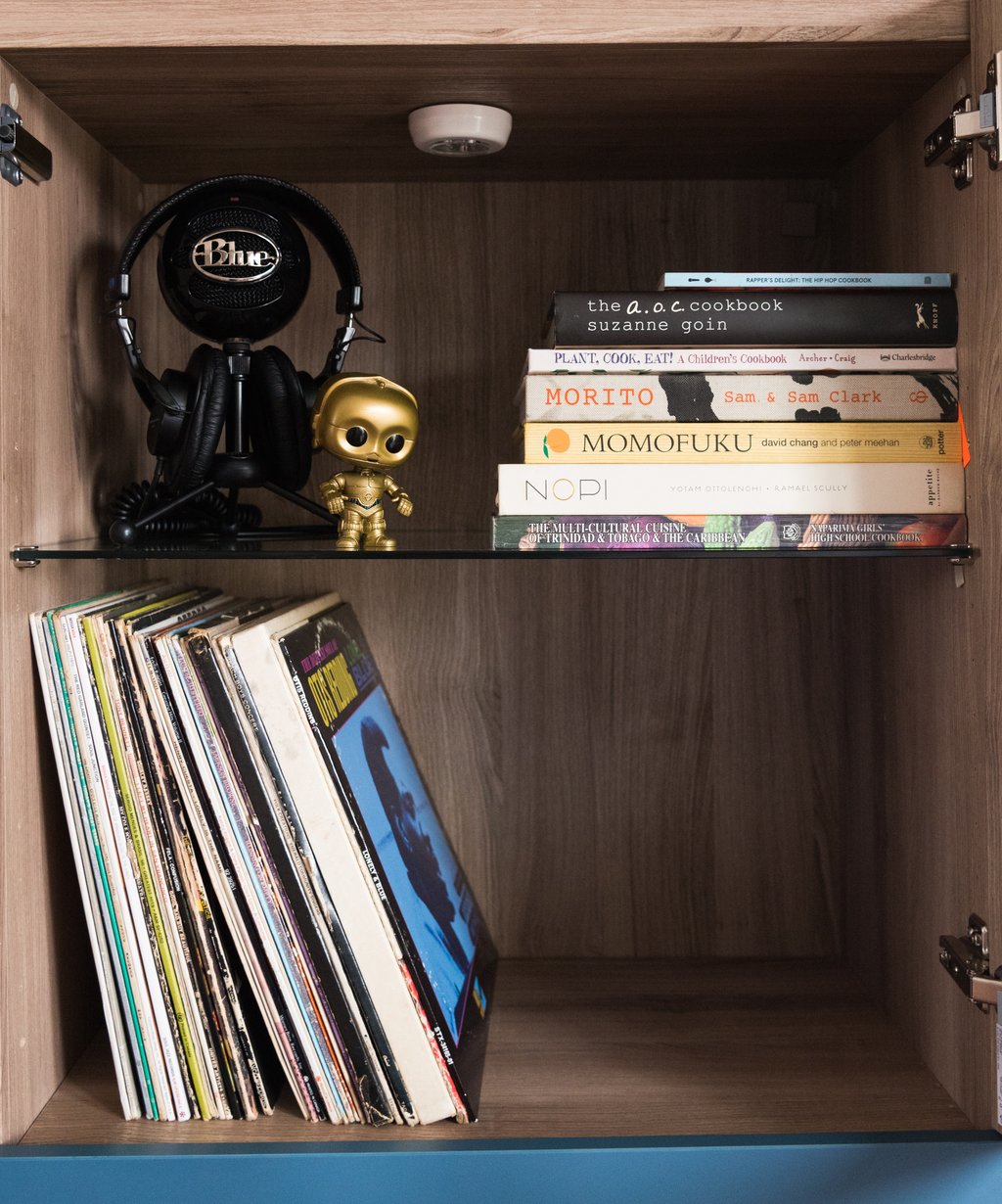 Ever since Stefan gave Vienna this copy of Plant, Cook, Eat!, she’s been obsessed with growing her own vegetables. She has a whole garden of seedlings going at her grandparents’ home and has been nursing this bean at her own. 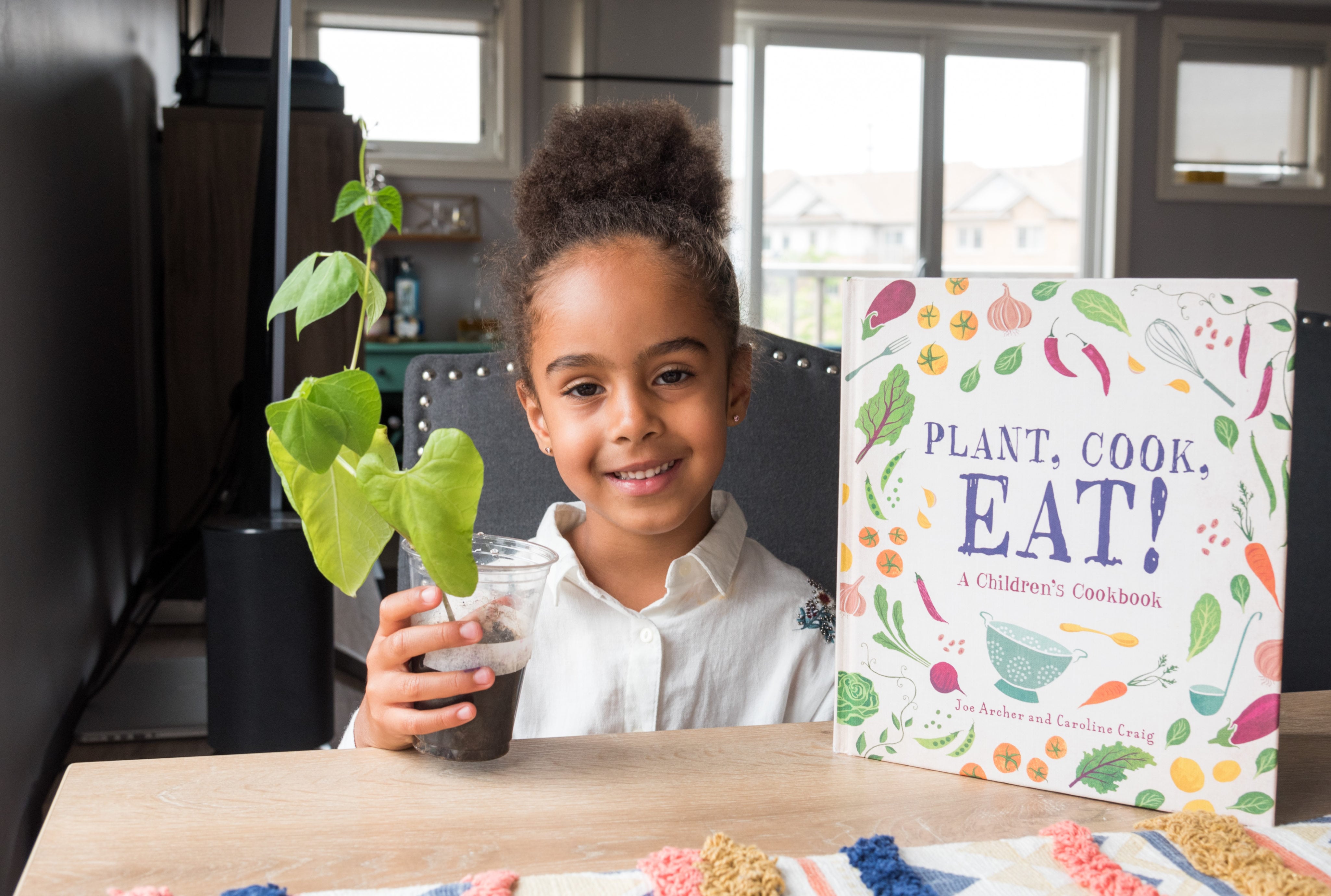 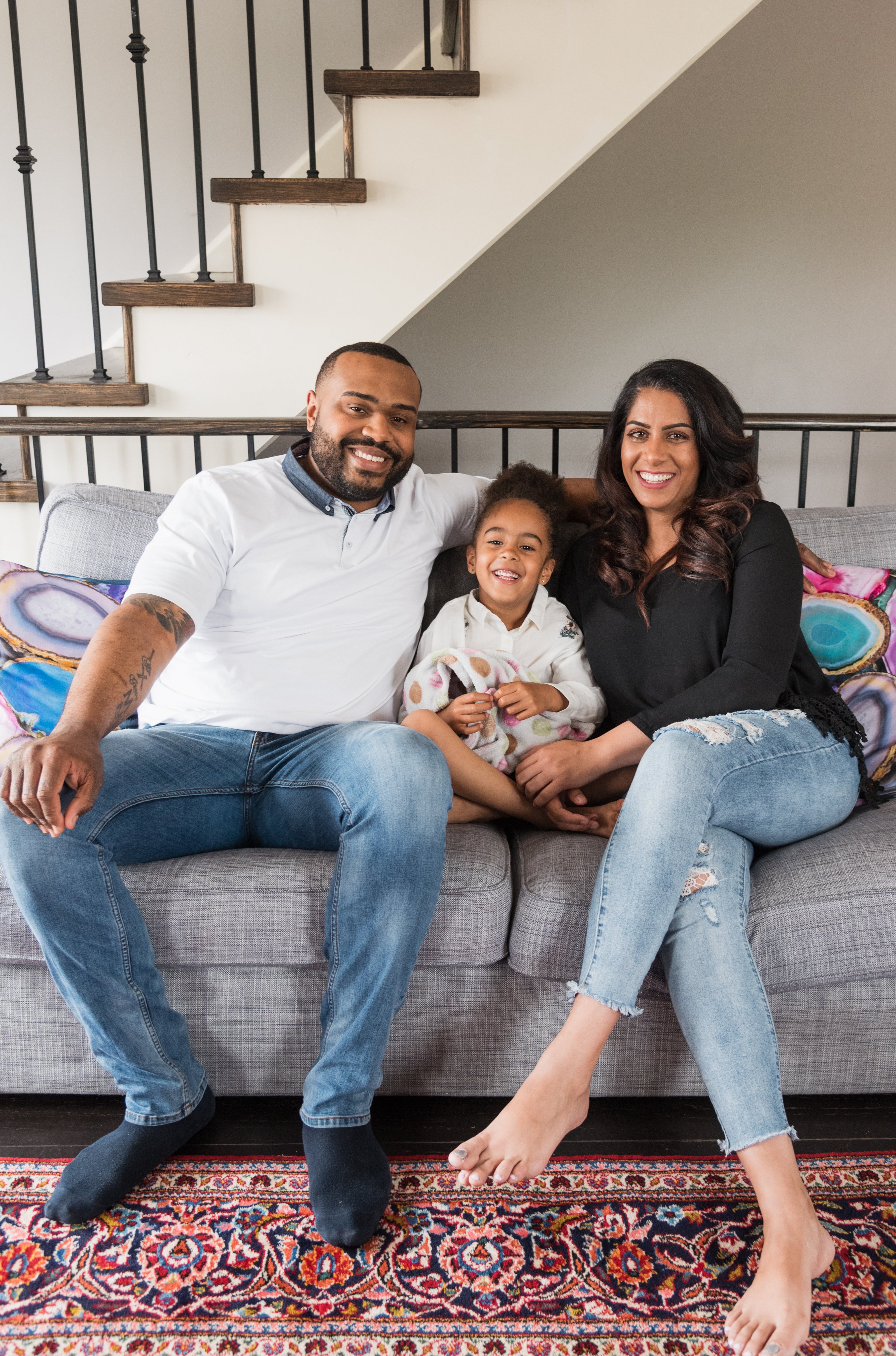 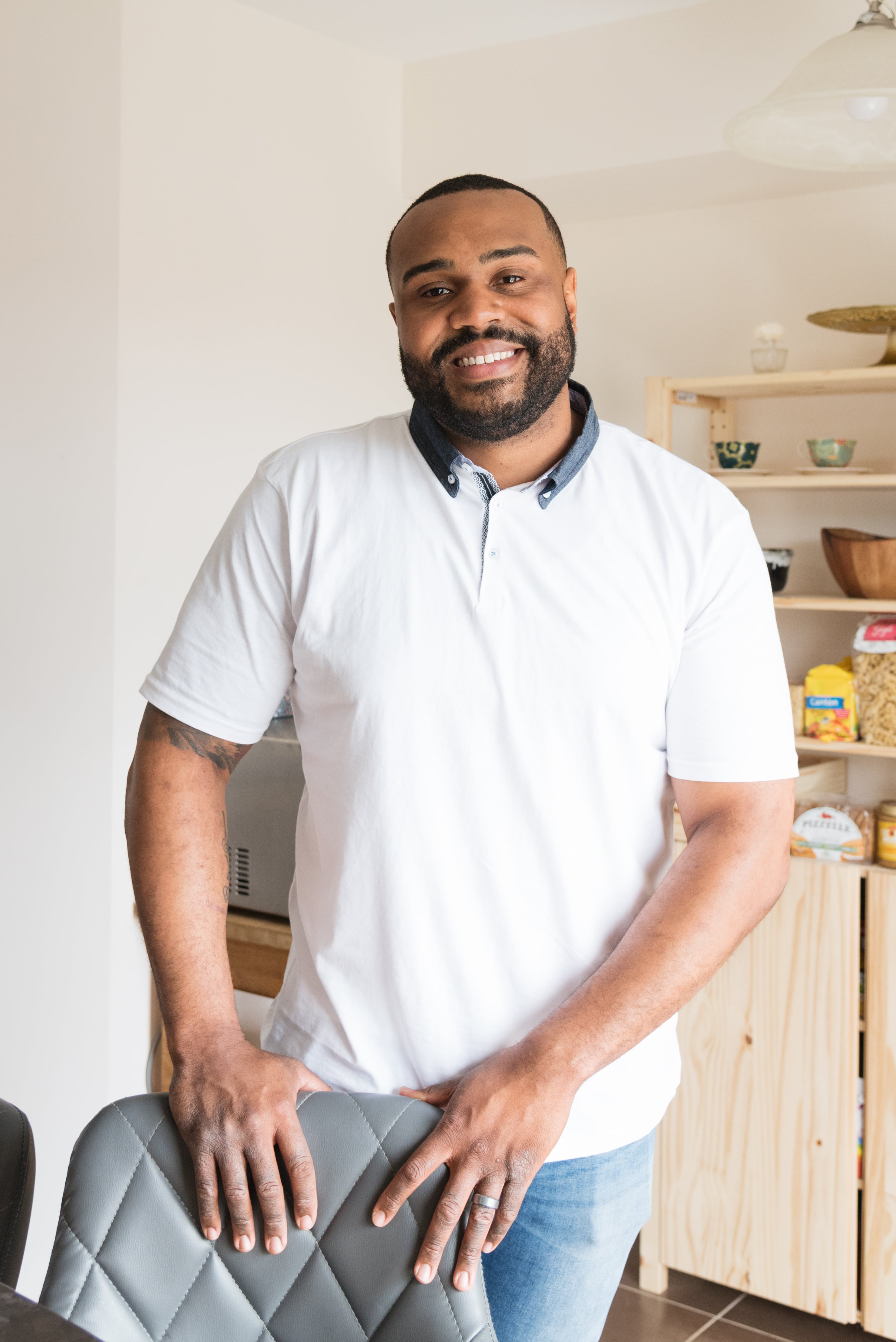