Most food industry folks we interview for this series are very, very busy, but Janet Zuccarini takes the cake. Between filming seasons of Top Chef Canada, she helms eight separate companies. Her Toronto-based portfolio includes restaurants Gusto 101, Kiin, Pai and Chubby’s, but she’s been putting her stamp on the U.S. food scene, too. Last year, Esquire crowned her L.A. restaurant Felix the Best New Restaurant in America, and more recently, the trattoria was even a finalist for a James Beard Award. 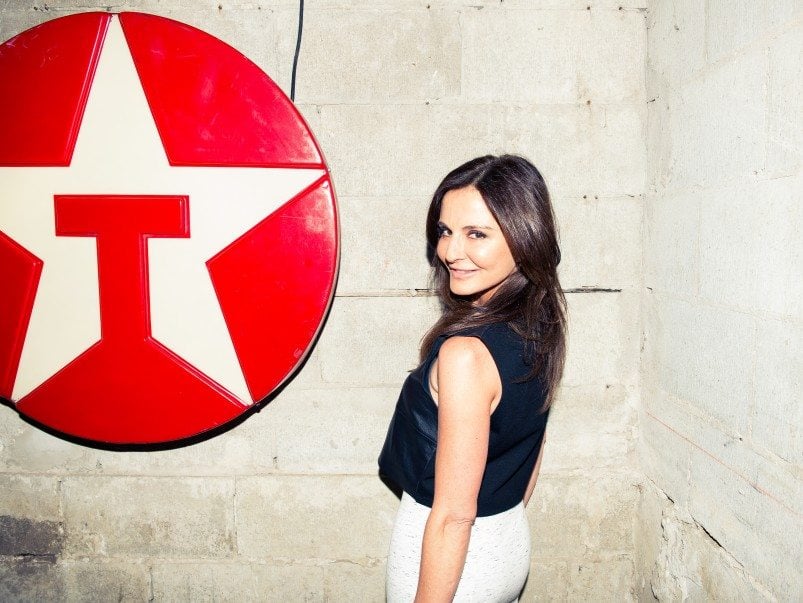 Zuccarini now splits her time between Toronto and Los Angeles—summers here, winters there (obviously). When in town, Zuccarini’s always booked, so she tries to make the most of her morning alone time. She gets up at 7 a.m. and heads straight to the espresso machine. “Espresso is one of my small pleasures in life,” she says, before adding that her dad imported Canada’s first espresso machine in the ’50s. Once caffeinated, she’ll make herself a high-fat breakfast (fried eggs, three slices of smoked bacon and half an avocado). After an hour of emails and paperwork, Zuccarini will get in a quick workout before heading to the office. 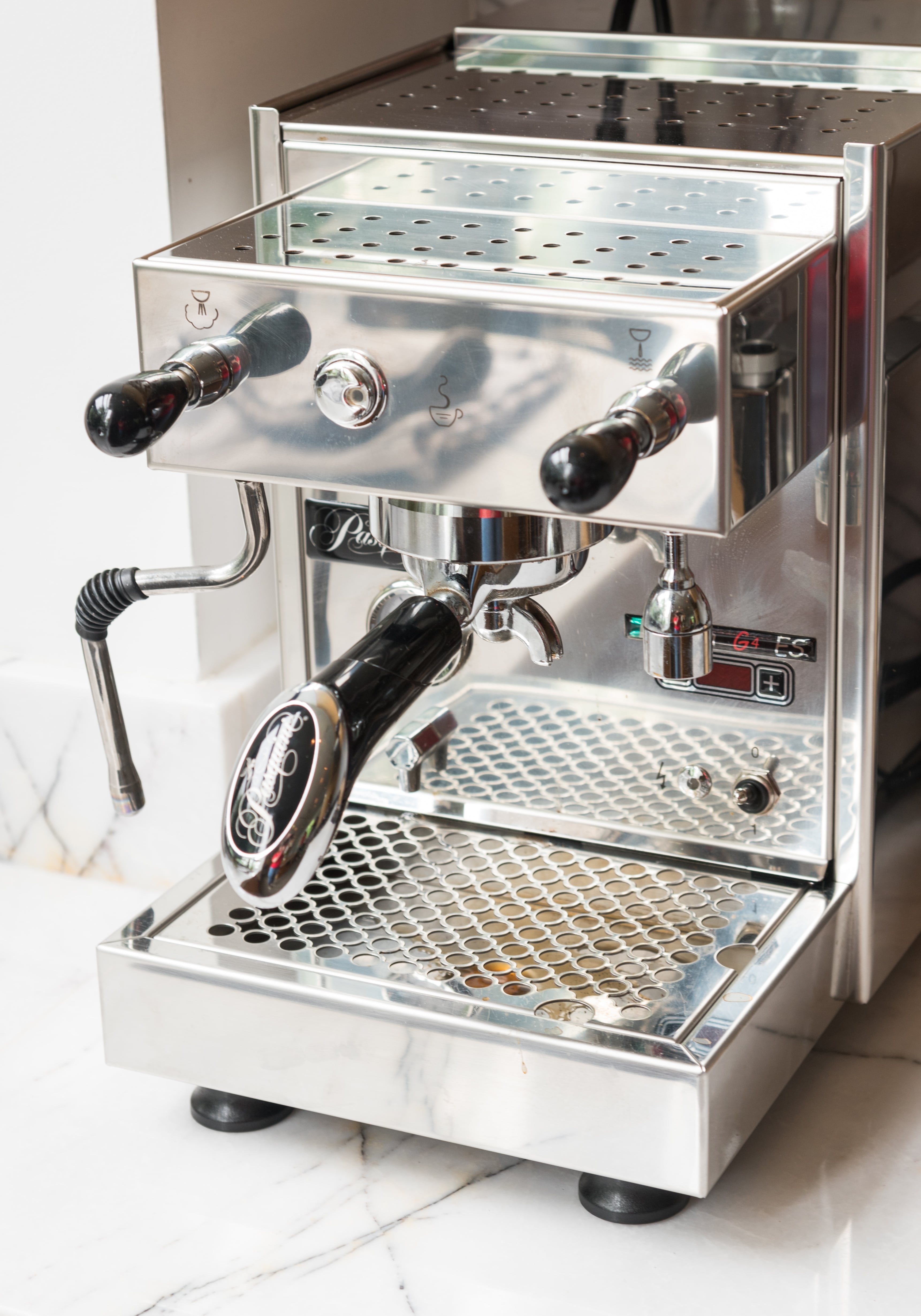 Zuccarini’s sister took over the family espresso machine importing business. The Pasquini pictured above was made in Italy. It’s a commercial-style machine that pulls amazing crema-topped shots. Zuccarini is so espresso obsessed, she also bought a portable, hand-held espresso machine (from her sister, of course) so she would never be without the good stuff while travelling.

For lunch, she’ll usually grab a bite at one of her own restaurants. Lately she’s been working her way through the menu at Chubby’s. “It’s my newest baby, so I’m spending the most time there,” she says. Her favourite dishes at the Jamaican joint are the jerk chicken wings and fried okra, though if she’s being healthy, she’ll order the kale salad.

Zuccarini almost never makes dinner for herself. While she loves to cook for guests, if she’s alone, she’d rather go out on the town. Her current go-to restaurants (that aren’t her own) include La Palma, Aloette, Canis and Café Cancan. She’s also a huge Grant van Gameren fan. She was blown away by Rosalinda, and says it’s better than West Hollywood’s plant-based Mexican restaurant Gracias Madre. 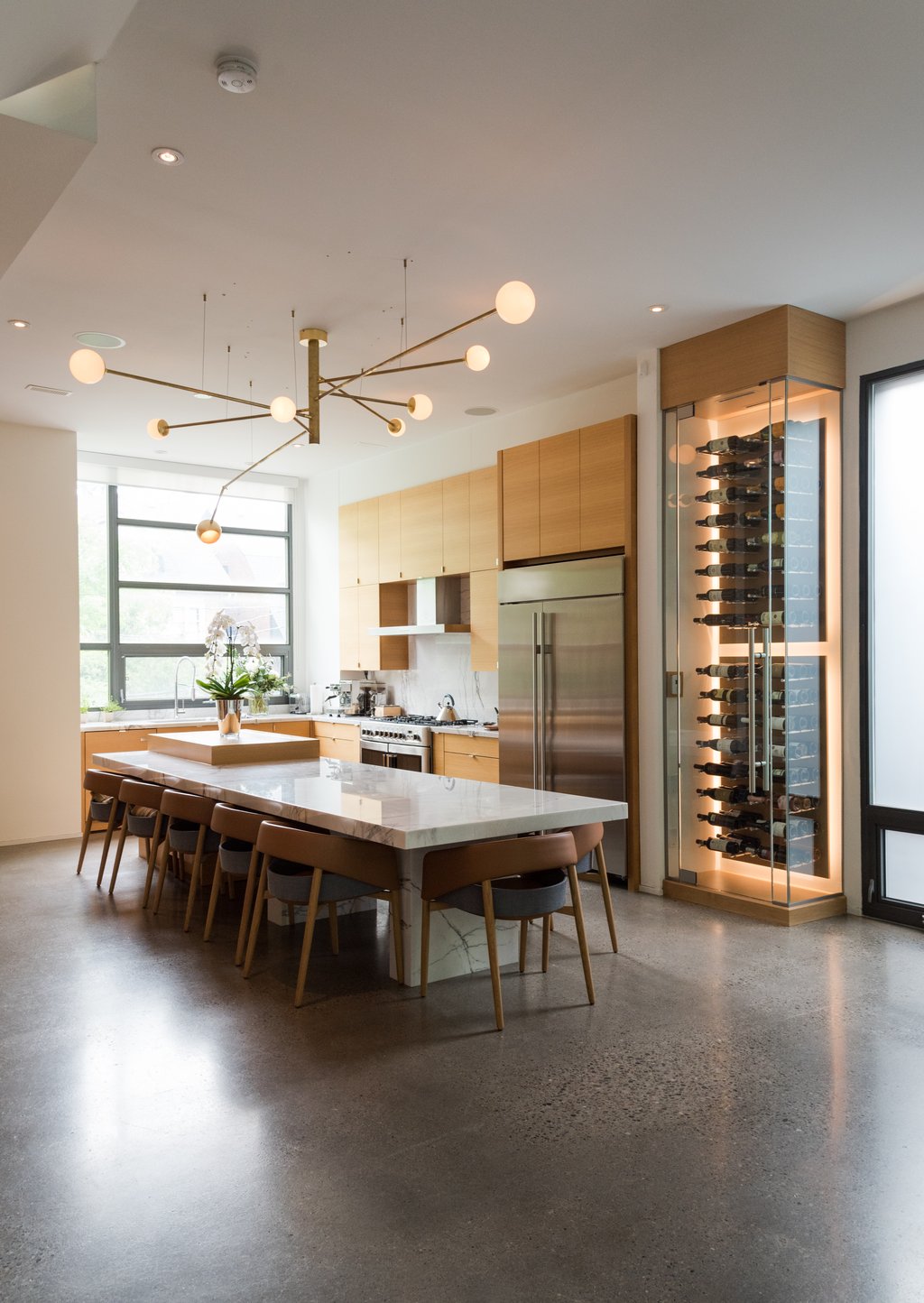 Zuccarini bought her house from song writer Stephan Moccio six years ago. His song “Wrecking Ball” had just topped the charts and he was in a rush to move to L.A. The home was custom-designed for Moccio, but checked almost all of Zuccarini’s boxes: it was a modern home in Rosedale and it backed on to a ravine. She gave Moccio a no-strings-attached offer (slightly below asking) and 15 minutes to make up his mind. He accepted. “I’ve spent the last six years making his custom home my custom home,” says Zuccarini, who’s almost done with the renos. 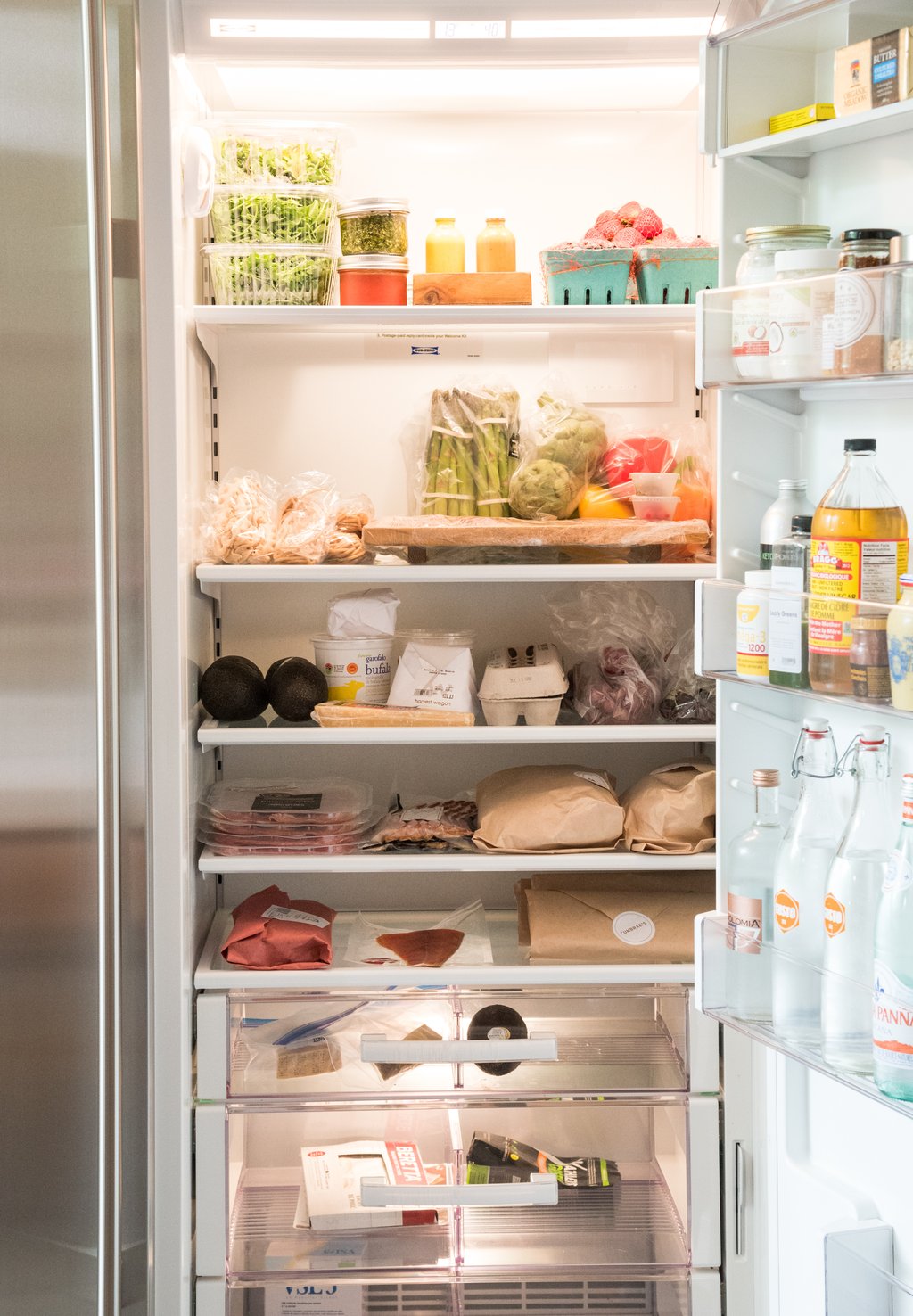 Zuccarini loves entertaining. She’s perpetually hosting guests and having dinner parties (she had one planned for the night of this shoot). “Because I don’t have my own children, I get to bring out my Italian side by having a very open home,” she says.

When it comes to stocking her larder, Zuccarini is spoiled. Her catering company Gusto 54 fills her fridge with fresh pastas and various sauces. While she isn’t a big bread eater, Zuccarini is obsessed with Gusto’s focaccia—it’s the best in the city, according to her (slightly biased) opinion. 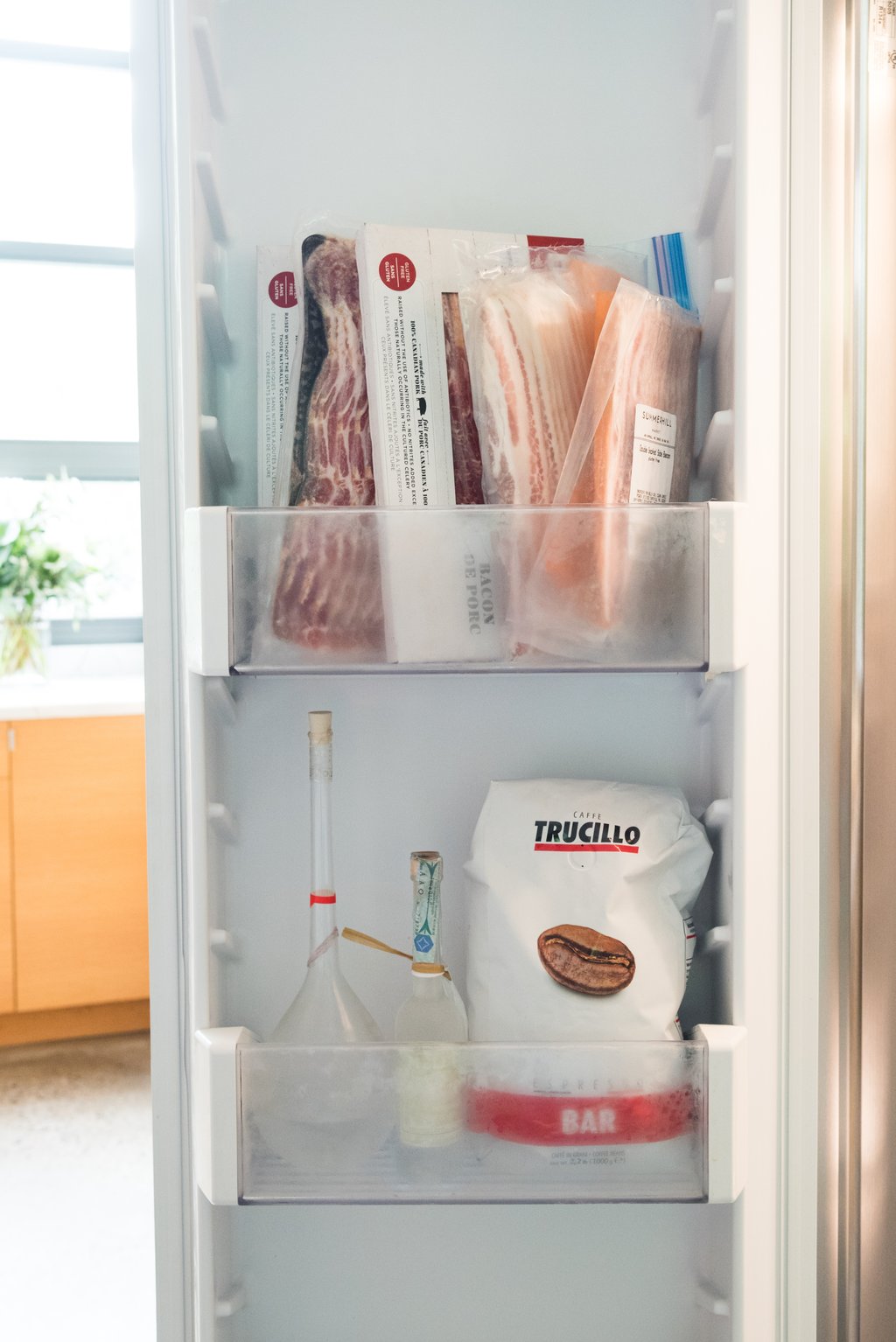 When she does have to grocery shop, she hits up the nearby Five Thieves. “There’s a reason they call them that—the quality is great, but it comes at a price,” says Zuccarini, who will visit Harvest Wagon for produce, Pisces for fish and Olliffe for bacon. For steaks and chicken, she prefers Cumbrae’s. When not pressed for time, Zuccarini will trek over to Fiesta Farms or Lady York for Italian products and produce. She also loves the Brick Works farmers’ market for things like foraged mushrooms and maple syrup. 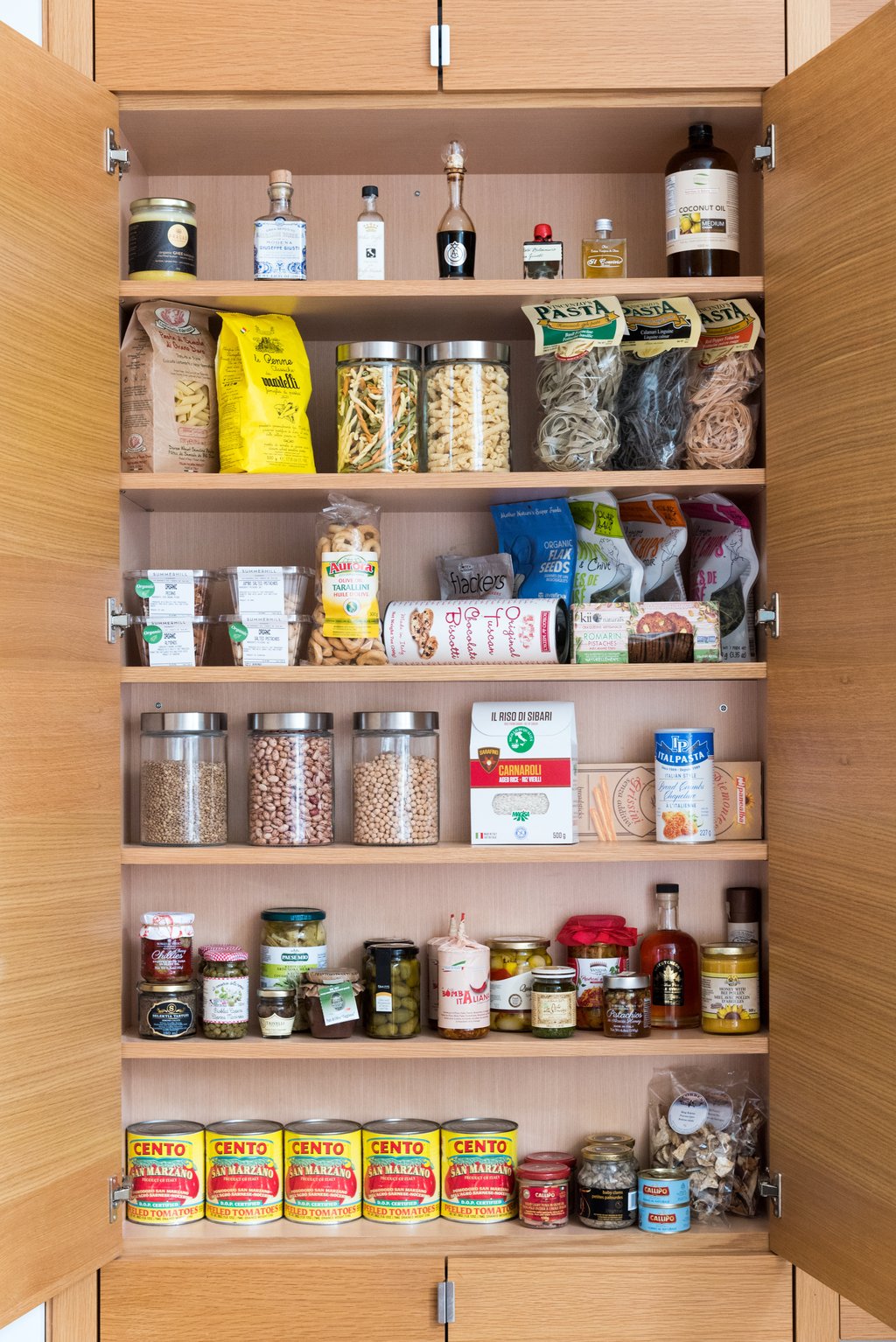 For a home cook in a hurry, there’s no better time saver than a mandolin. Zuccarini bought this one at Sanko and has given it as a gift to a number of her friends:

Here are a few more of her favourite kitchen tools: 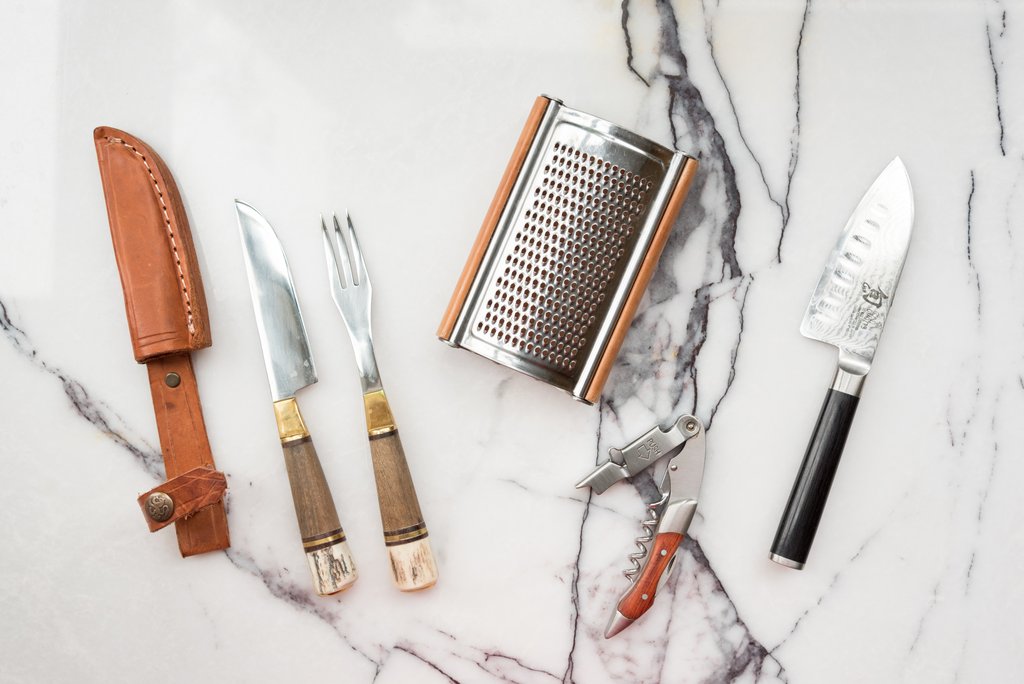 When travelling, Zuccarini is most likely to bring back bottles of super-fancy balsamic vinegars and olive oils. The crazier the bottle, the better: 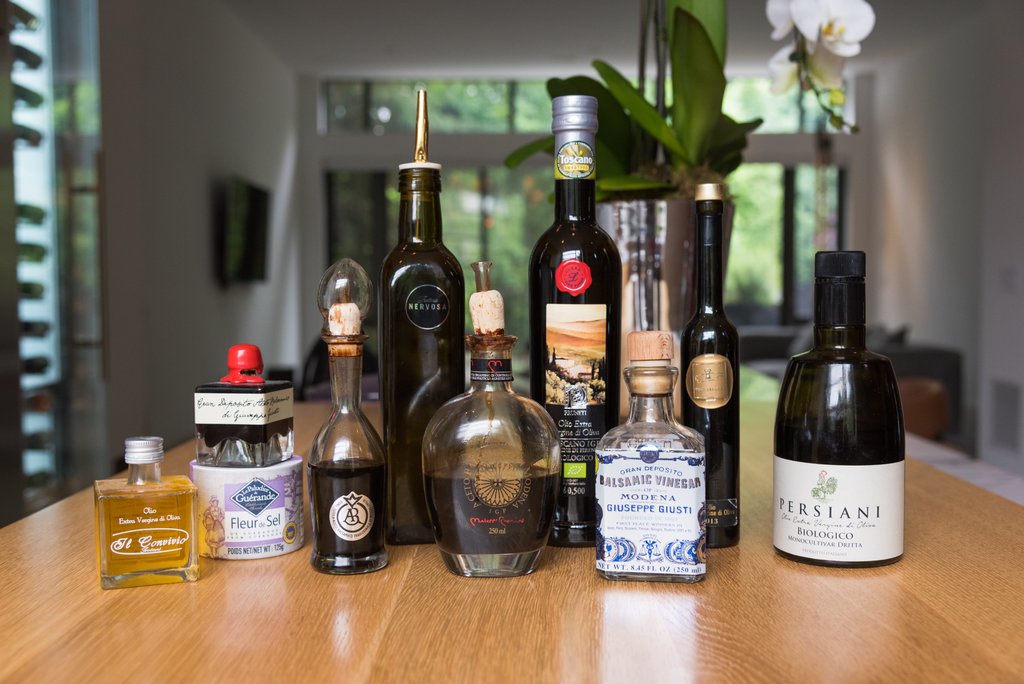 Zuccarini is a minimalist. She hates clutter and often purges, only keeping items around that she uses or that bring her joy. Recently, she got rid of every Mario Batali book she owned: 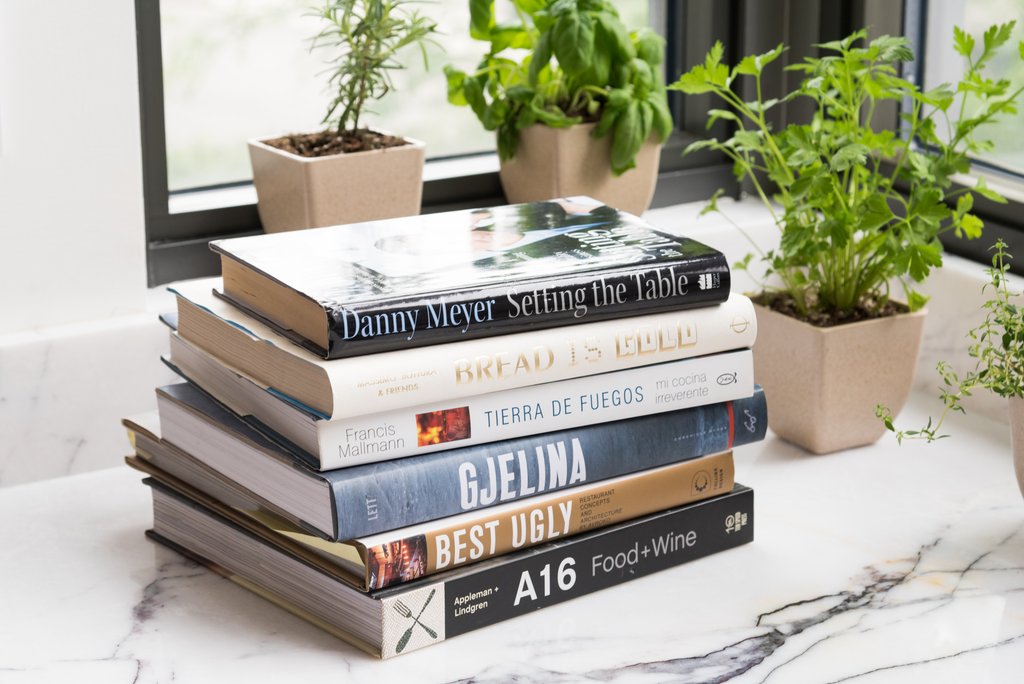