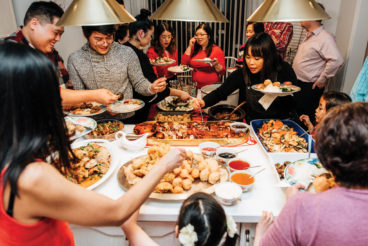 When Craig Wong’s family gathers for Chinese New Year, two things are guaranteed: there’s going to be plenty to eat, and it’s going to be boisterous. “It’ll be like 60 of us, all loud, rowdy Jamaican-Chinese people, and that’s when the accent really starts to come out as well,” Wong says. 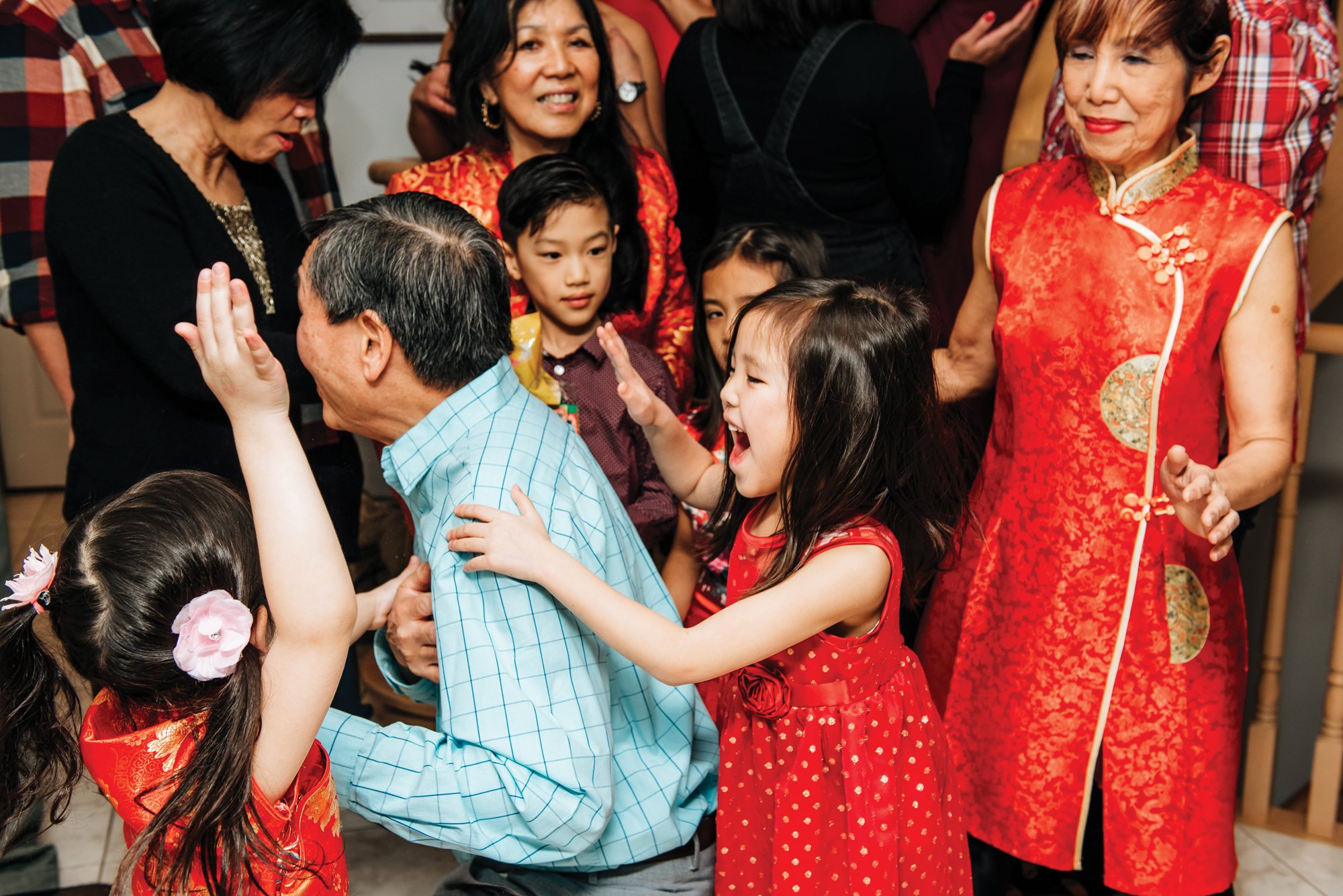 Food has always tied the family together, going back to when Wong’s grandmother, Doris, would cook breakfast and dinner for the entire family, every day. “She really brought Jamaican culture to Canada,” Wong says. “That’s very typical of the islands, where it’s always an open home, it’s always an open door.” 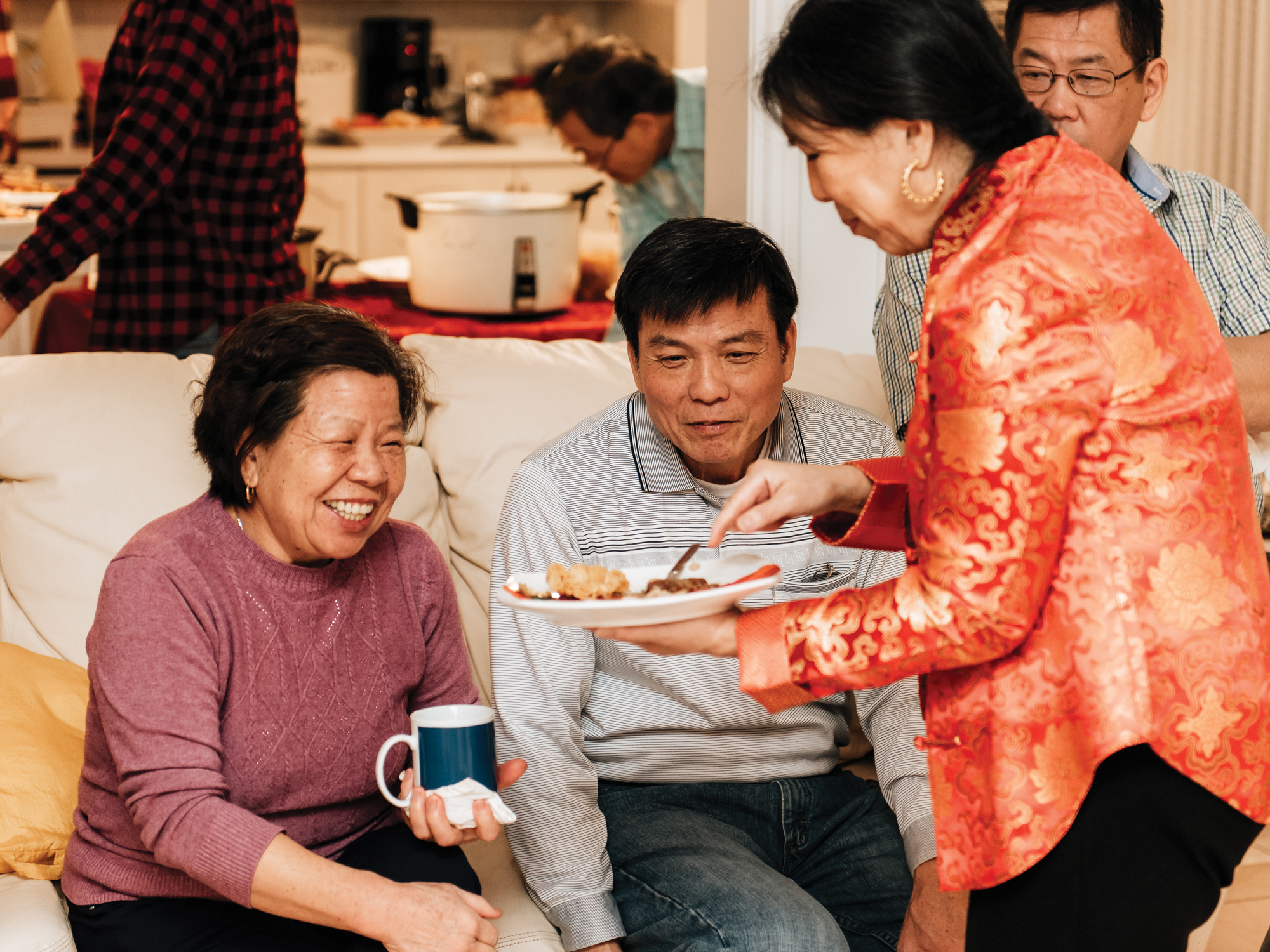 That openness persists today at the Markham home of Wong’s parents, Shirley and Lipton, where everyone brings something different to the table. This year, Wong made a mountain of fried bay scallop and shrimp balls and shrimp-stuffed wontons with a rainbow of classic dips: sweet and sour, seasoned soy sauce, kewpie mayo, miracle whip. 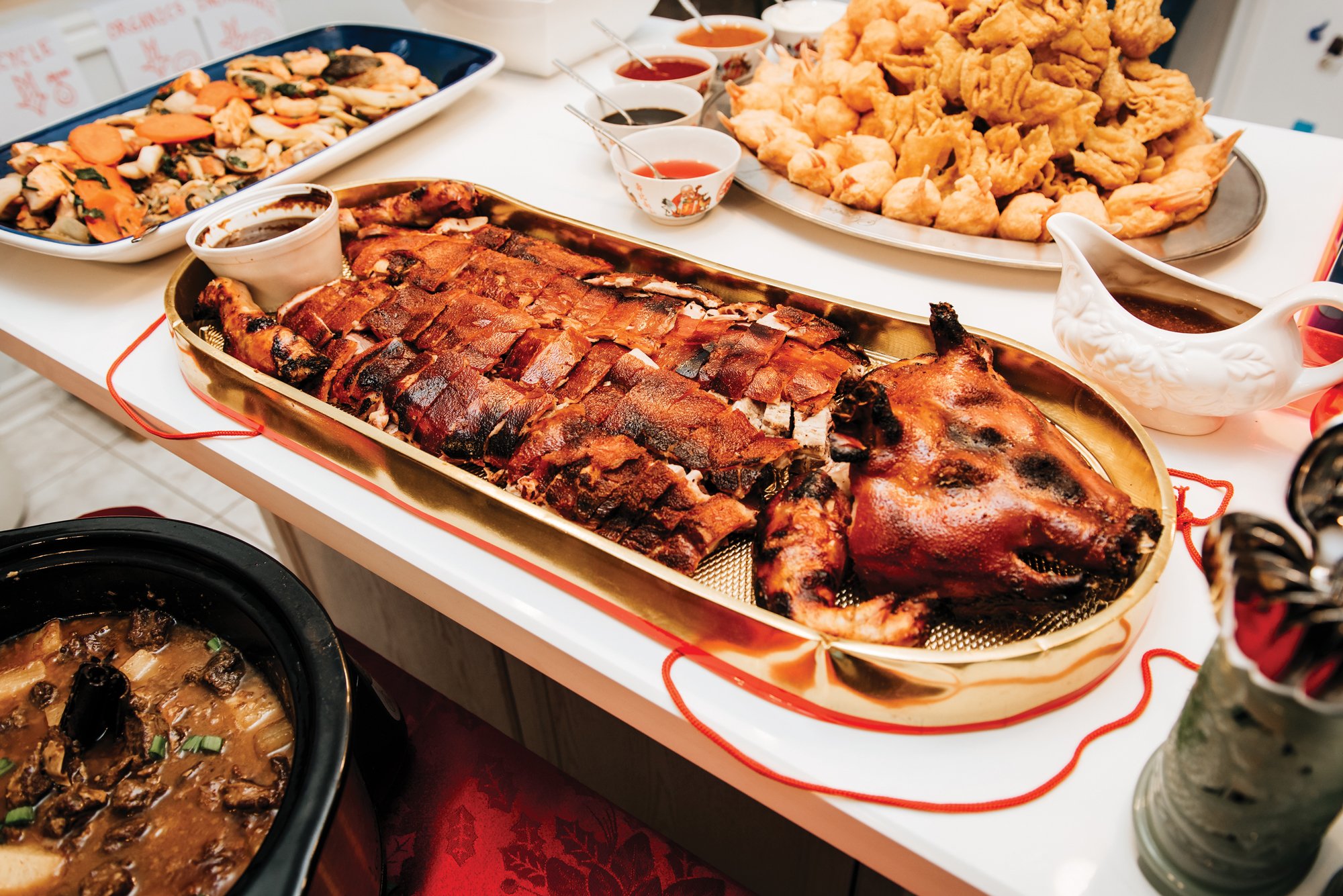 The centrepiece is a whole suckling pig made by Wong’s uncle, Lloyd. “It’s that whole deal with the cherries that imitate lit-up eyes and that crispy crackling skin,” Wong says. “Everyone looks forward to that.” 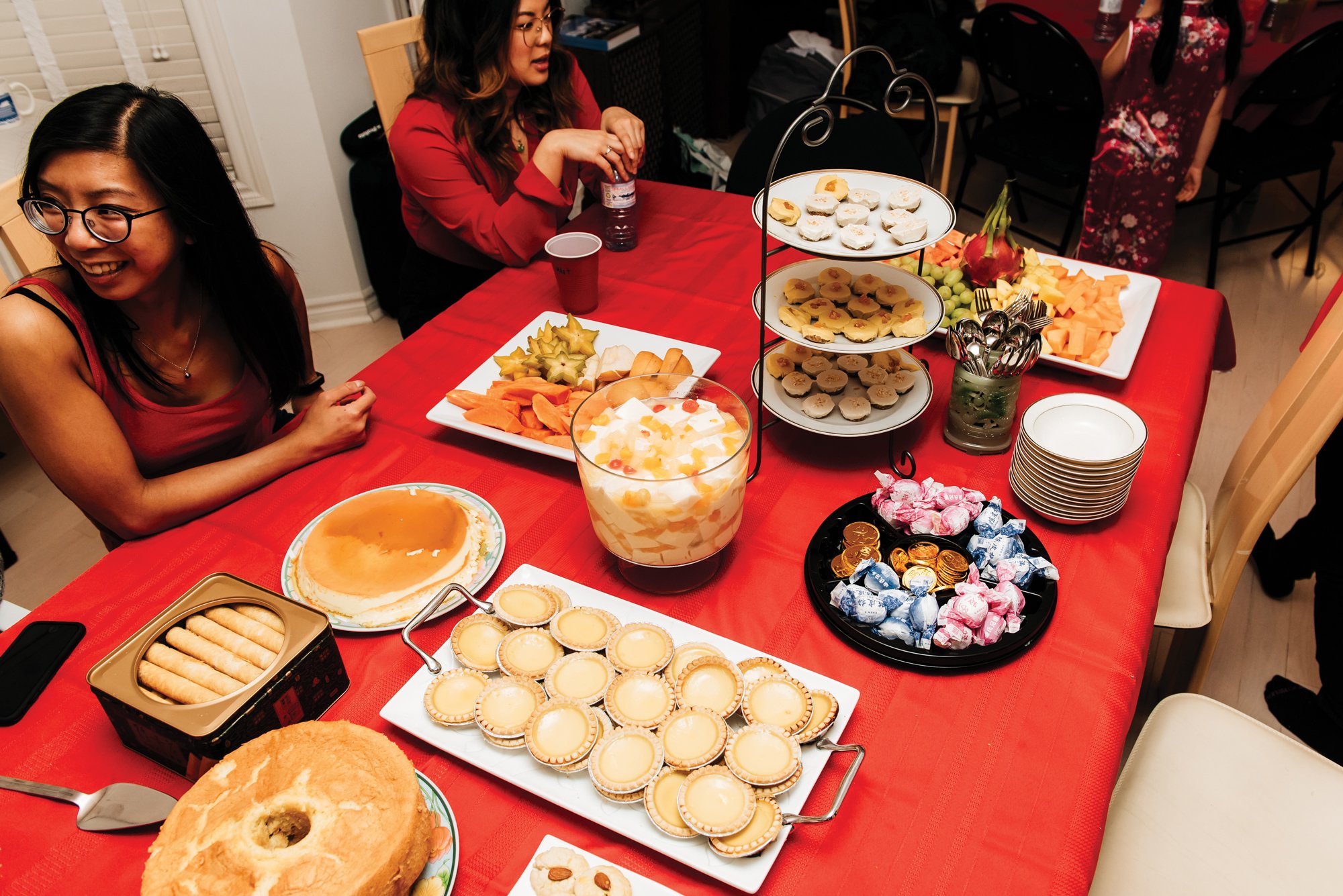 Leftovers are inevitable and copious, so Wong’s family holds on to their Chinese takeout containers throughout the year and brings them to the annual potluck in lieu of aluminum foil or tupperware. “It’s like Thanksgiving dinner,” Wong says, “it tastes better the next day.” 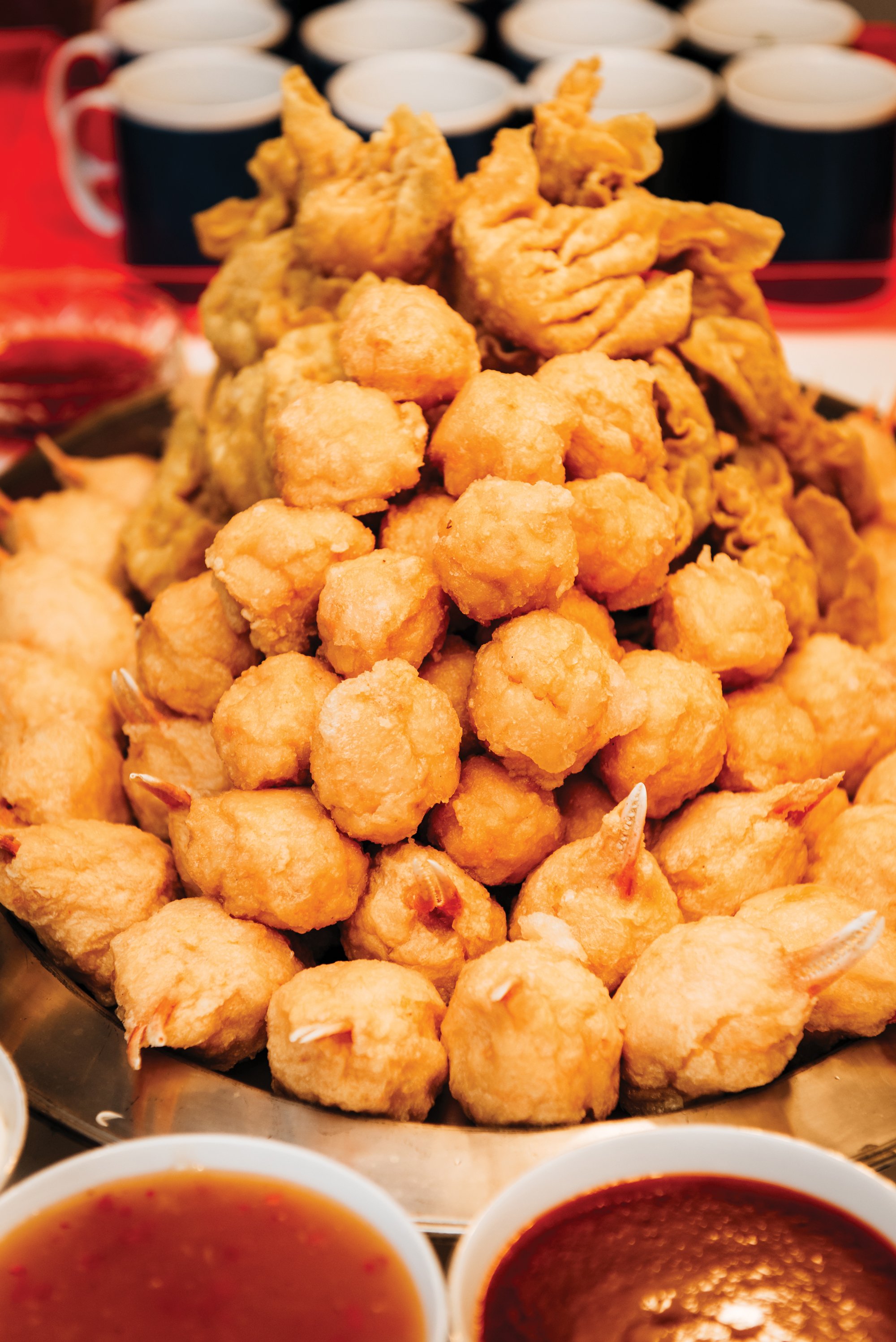 1. Place a food processor bowl and blade in the freezer for 30 minutes.

2. Place half the shrimp in the chilled bowl and pulse three times. Hand-chop the remaining shrimp and the scallops and combine.

4. With wet hands, form the shrimp mixture into balls, about three ounces each. If using the crab claws, insert each one into a shrimp ball and gently mould and shape the shrimp mix around half of the crab claw, leaving the pincers exposed.

5. Use the remaining potato starch and ¾ cup of water to make a slurry. Lightly dip the shrimp balls in the slurry, a few at a time.

6. Toss the balls in the panko until coated.

8. For the gastrique: simmer the orange soda in a saucepan until it reduces by a quarter. Add red vinegar and continue to reduce until the sauce slightly thickens. 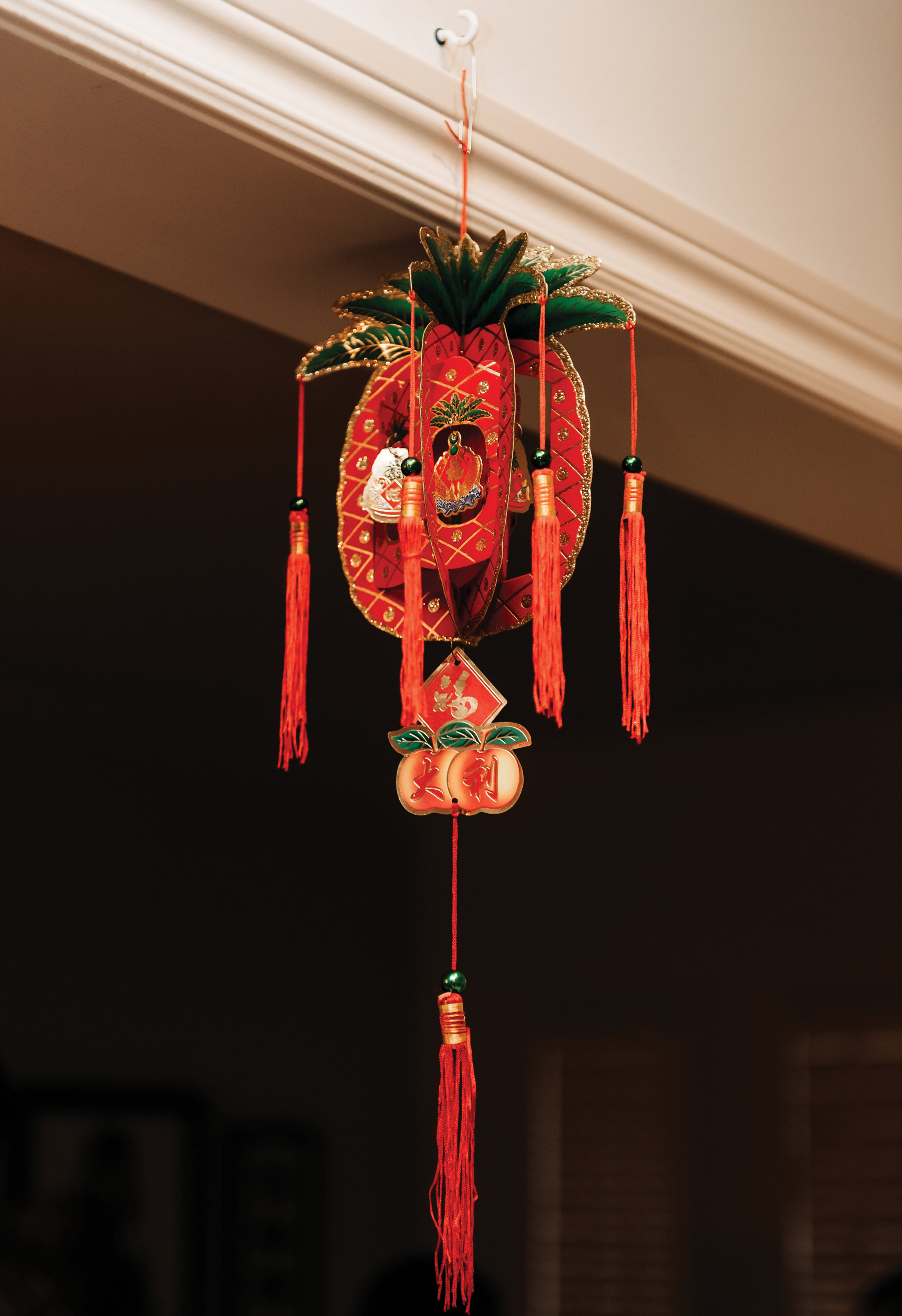