Get your sneak peek of episode 3 here

On the third episode of “Chef Artois”—an eight-part culinary miniseries in support of Rally for Restaurants—we’re heading to a quaint strip of Victorian rowhouses just north of bustling King Street West. Here at Chubby’s Jamaican Kitchen, chef Dadrian Coke will be judging two home cooks as they attempt to make Jamaica’s national dish: ackee and saltfish.

Hosted by Pay Chen, “Chef Artois” takes you inside some of Toronto’s best kitchens, where renowned chefs will unveil the recipes behind their signature dishes. These chefs, however, won’t be making the dish. Instead, two dinner guests will be putting their culinary skills to the test in a competition to earn the coveted title of Chef Artois alongside a $1,000 prize pack.

Since opening in 2017, Chubby’s has become an established celebrity hot spot often frequented by models, singers and athletes. It’s not just A-listers who love Chubby’s. Locals, too, flock to this trendy spot for its island vibes, tropical cocktails and modern takes on Jamaican cuisine.

Although Chubby’s has a number of non-traditional plates on offer (like watercress papaya salad), they don’t mess much with the Caribbean classics. The only thing modern about the Chubby’s version of ackee and saltfish, for example, is the plating panache. Everything else is true to tradition.

This Wednesday, contestants will need to deliver the heat. Nailing the perfect Scoville count is essential. Too much chili and the delicate flavours of the dish disappear. Too little scotch bonnet, and the plate won’t pop. 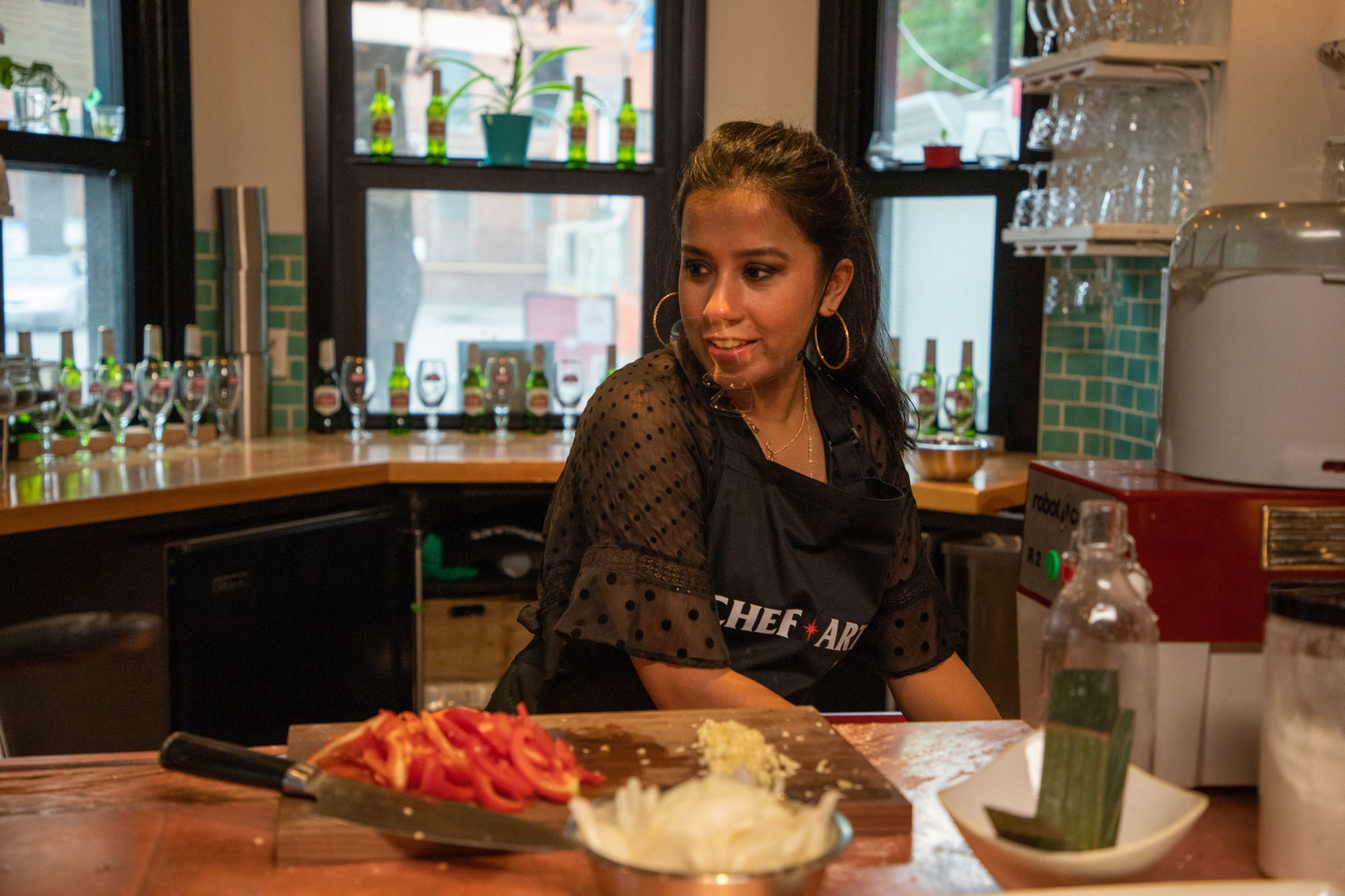 Will the contestants be able to recreate Chubby’s ackee and saltfish bites with only 60 minutes on the clock and no time to prep? Get a taste of the cook-off action below—then come back to torontolife.com/chefartois on September 23rd for the full episode.