Superb libations to give to the dad in your life

Dads generally aren’t too complicated to figure out, at least when it comes to Father’s Day gift giving. For the dad who golfs, there’s always a new putter or glove. For the dad who barbecues, a new set of tongs and flippers. Trouble is, the old go-to presents start to feel rather uninspired after a while. How about something else instead—something that dad can just crack open and enjoy every time? Check out these booze-related tokens of your appreciation that he’ll never take for granted.

Georgian Bay’s lineup of canned cocktails have become practically synonymous with carefree summer hang. Their southern-style smashed tea is made with black tea and Darjeeling—bringing notes of fresh fruits and florals—blended with the original Georgian Bay Gin Smash for that distinctly crisp, citrusy finish. It’s ideal for dads who live for weekend barbecues or as a reward after a day of yard work. $3.05 for 473ml at the LCBO and available for delivery from Runner.

Named the world’s best vodka at the San Francisco Spirits Competition, Georgian Bay Vodka is crafted in Ontario in small batches using quality ingredients. A unique blend of two-row malted barley vodka and corn-based vodka lends notes of cereal, spice and vanilla and creates an incredibly smooth, creamy finish. A great addition to dad’s bar cart. $34.96 for 750ml at the LCBO and available for delivery from Runner.

For the dad who likes a rich, round palate and velvety tannins in every sip—this cab sauvignon is made from grapes sourced throughout California’s Mendocino, Napa and Sonoma counties. It’s ruby red with ripe aromas and flavours of blackberry, vanilla, currants, baking spices, cherry, cedar and liquorice on a long finish. $19.95 (plus, save $2 only until June 20) at the LCBO and available for delivery from Runner. 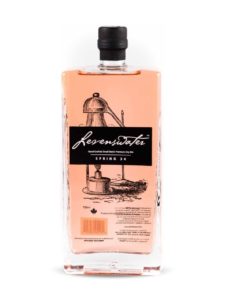 Levenswater (Dutch for “water of life”) is a small-batch distiller of premium craft gins founded just three years ago in Toronto, but already decorated with nine international awards. Its beautifully complex Spring 34 gin pays homage to 16th-century Dutch and Belgian distillation methods, and is made of 34 botanicals that create floral and citrus aromas with an evocative, spicy finish. $50 for 750ml at the LCBO and available for delivery from Runner. 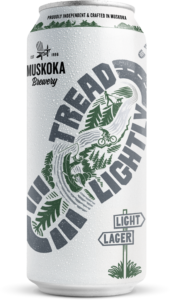 Brew-loving pops looking for that light option that doesn’t sacrifice on flavour, look no further. Tread Lightly offers craft beer enthusiasts a deliciously light choice at only 110 calories per 355mL can. Like all beer from Muskoka Brewery, Tread Lightly is proudly crafted in Muskoka with all natural ingredients. $2.95 for 473ml at the LCBO, The Beer Store and local grocery stores.