Almost six years to the day of opening his restaurant Lisa Marie, chef Matt Basile announced on his Instagram account that it was closing. Fans of his over-the-top brunch dishes—looking at you, Double Pancake Pork Burger—expressed an outpouring of grief. “I tried to respond to as many DMs and emails as possible,” says Basile, who also runs Fidel Gastro’s, a food truck and catering company. “People were upset—and many of them thought I was crazy.” But ultimately, the restaurant was eating up too much of his and his partner, Kyla Zanardi’s, time and money. Investing so much into the restaurant came at a great sacrifice: “We were turning down many other opportunities that came knocking on our door,” says Basile.

With his newfound freedom, he loves exploring his St. Clair West neighbourhood, where he and Zanardi have been living for four years. “I grew up in North York, but I have fond childhood memories of family outings along St. Clair West. And in my mid-20s—when I was just starting up Fidel Gastro’s—I rented a spot near the Stockyards. I also had my first date with Kyla at the Wychwood Barns farmers’ market, where we enjoyed a basket of fresh peaches together,” says Basile. “I have a deep love of this community—I guess it was inevitable that I would end up putting down roots here.”

“It’s not just the food in this neighbourhood that resonates with me,” says Basile. “There’s such a wonderful tight-knit vibe, especially with many of the eateries being small, multi-generational family-owned and -operated spots.” Here, three restaurants along St. Clair West that Basile is fond of. 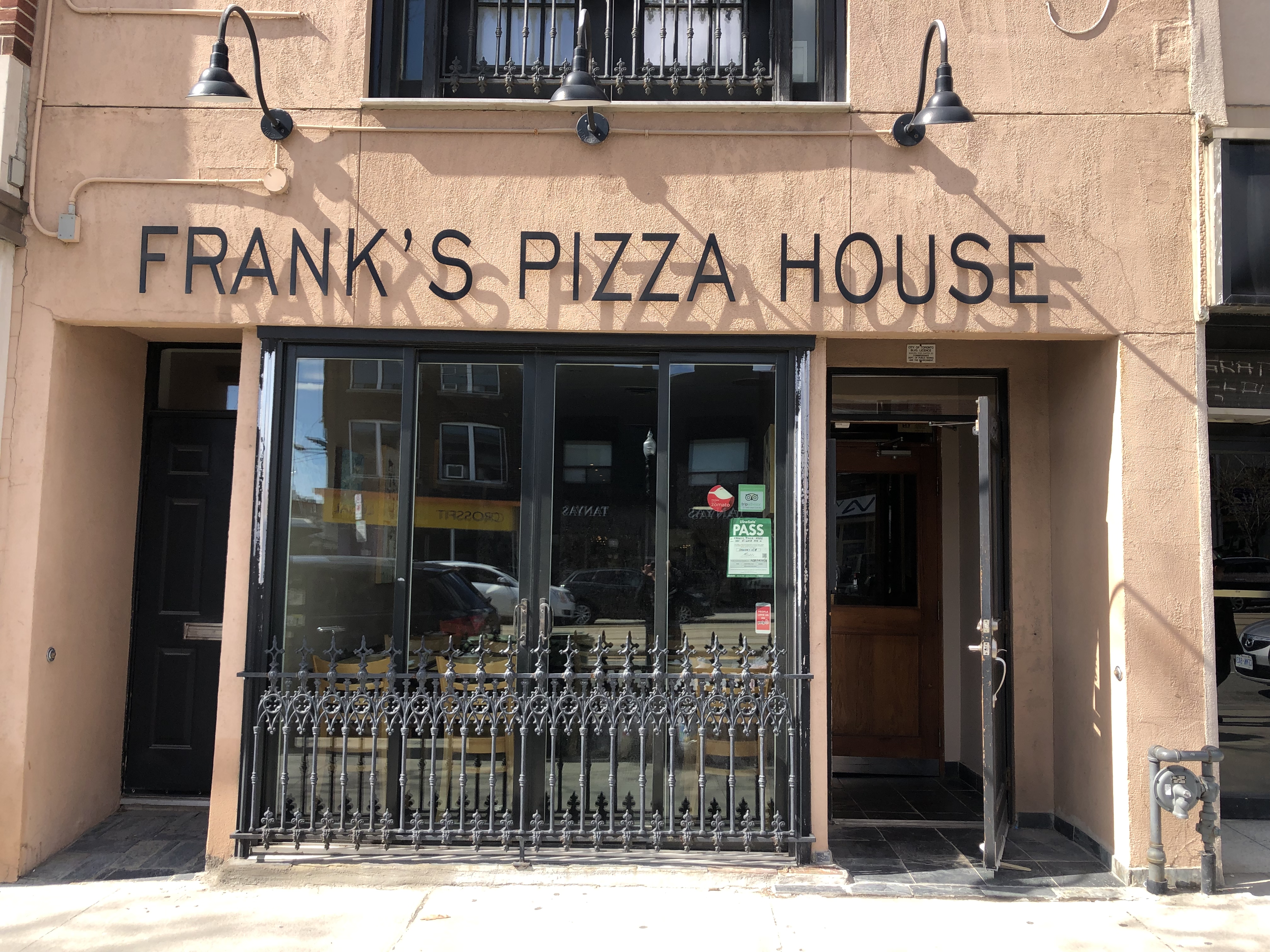 “You Gotta Eat Here’s John Catucci and I were chatting about our favourite calzones in the city and he recommended Frank’s—I’ve been hooked ever since,” says Basile. Chef-owner Giorgio Taverniti and his family first opened Frank’s Pizza House at Dufferin and Rogers in 1992, then moved to its current location 1997. The Taverniti family has been in the restaurant business since 1965 with Giorgio being the fourth-generation owner. Pizzas and calzones are made from scratch using a 20-year-old starter, and they’re all baked to order. Taverniti says in the warmer months Frank’s is an especially popular spot for couples and families to enjoy their pizzas and calzones in front of the restaurant’s open terrace with a refreshing pint.

Go-to item #1: Baked calzone with pepperoni, green olives and mozzarella.
Tasting notes: “Catucci thinks I’m crazy for wanting the baked version over the fried,” says Basile. “He says to me, ‘You’re a southern Italian boy and you want something baked?'” While Basile loves fried food, there’s something about the baked version of this calzone that he prefers. “You get such a beautiful crust with a slight chew to it. And this cooking technique ensures that the temperature of the ingredients is evenly distributed.” This dish also reminds him of his childhood. “Every weekend, we’d have movie nights at home, complete with personalized calzones.”

Go-to item #2: Fried calzone with roasted red peppers, goat cheese and hot peppers.
Tasting notes: “It’s like a gigantic donut,” says Basile. “Deep-frying it puffs up the dough and that results in a lighter, crispier crust.” He also has a pro tip: “Wait a few minutes before cutting it in half—otherwise you’ll get burned by the gooey cheese lava.” 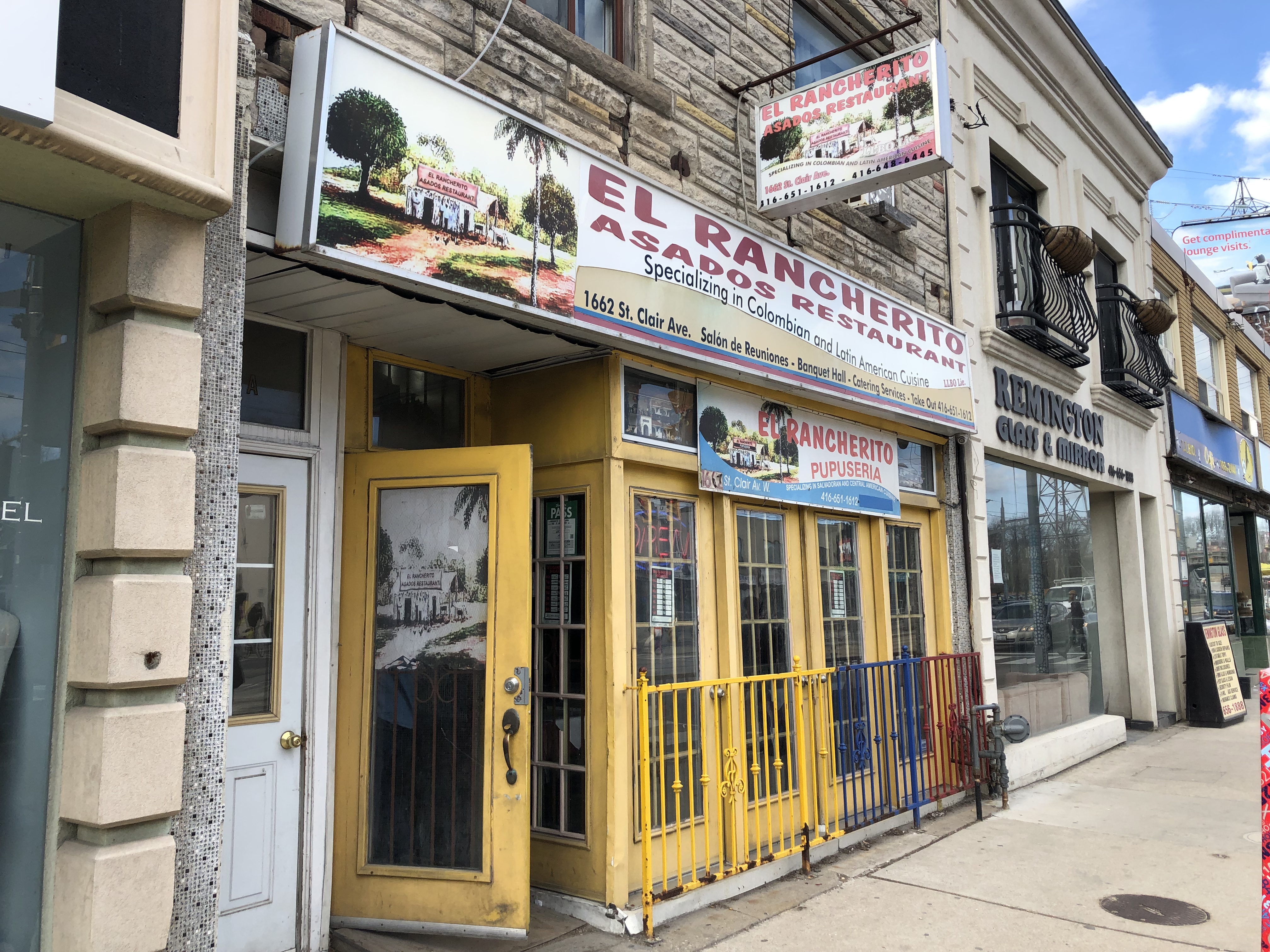 “This place is a neighbourhood gem,” says Basile. “It’s very popular with Colombian families who have a craving for a taste of home, and it gets pretty busy on weekends.” (The weekends also bring a chance to take part in karaoke sessions.) Basile adds that the owners aren’t fluent in English but they’re always extremely welcoming and accommodating. Chef-owner Luis Raigoza has been cooking for over 25 years. He opened El Rancherito 14 years ago, offering families popular Colombian and Salvadorian staples.

Go-to item #1: Desayuno típico (skirt steak or pork belly), fried egg, rice and beans, and fried plantains.
Tasting notes: “It’s actually a Colombian breakfast plate but it really can be eaten any time of the day—just like they do in Colombia,” says Basile. “It’s just so hearty. I love the plantains so much that sometimes I’ll order an extra side of them.”

Go-to item #2: Mixed seafood ceviche
Tasting notes: “It’s a simple dish but you can taste the freshness of the ingredients,” says Basile. A mixture of ketchup, lemon, onion, cilantro and tomatoes is poured over the seafood, which includes calamari, shrimp, mussels and clams. It’s served on a bed of shredded lettuce. 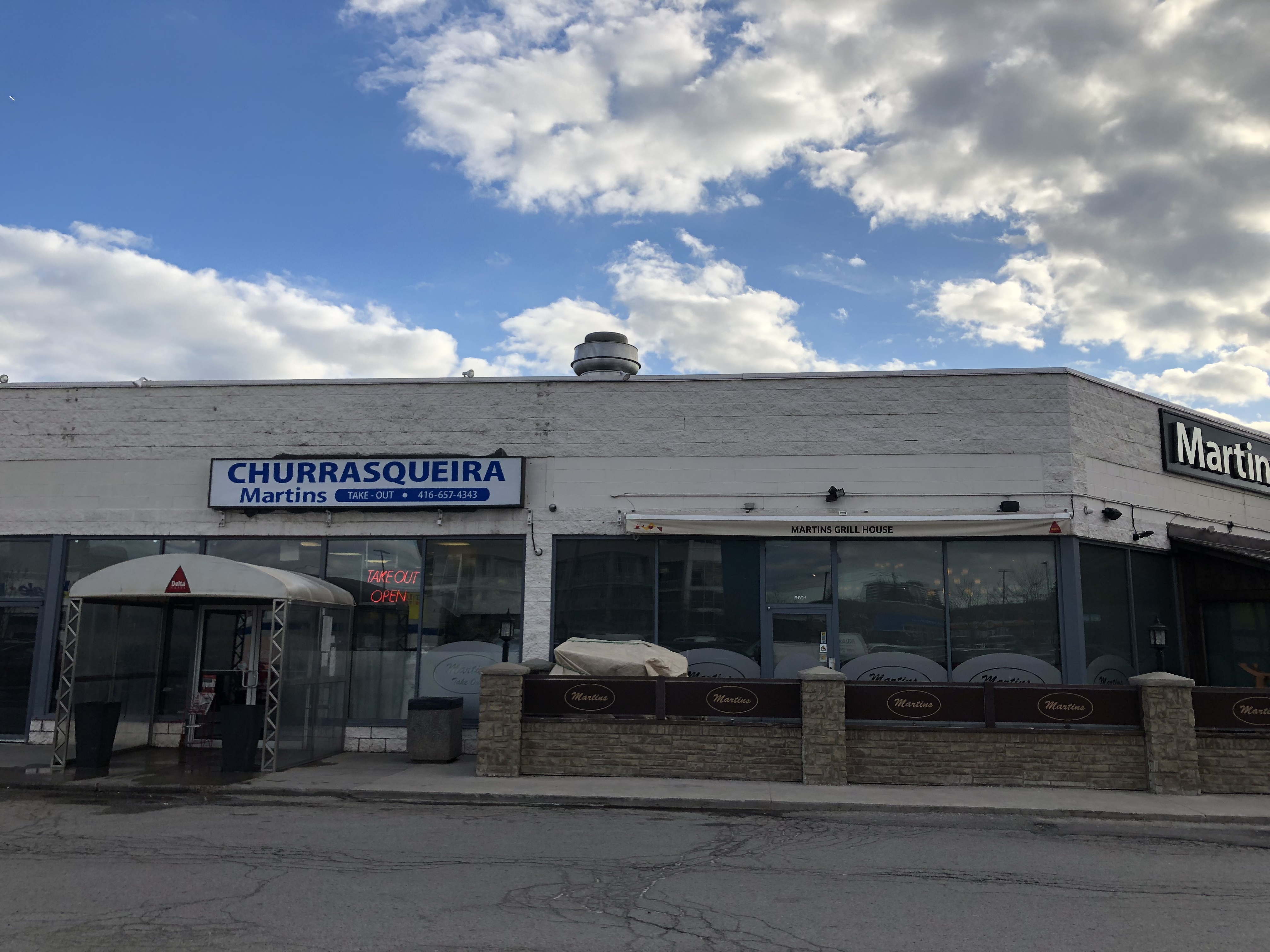 Family owned and operated since 2009, Churrasqueira Martins has amassed a legion of devoted fans who love its charcoal-cooked chicken. “I happily stumbled upon this place,” says Basile. “I was actually at a nearby thrift store to look for plate props, and I could smell the meat and charcoal wafting out of Martins and across the parking lot.” It become his go-to spot for Portuguese chicken. “I’ll order it at least once a week with plenty of their piri-piri sauce,” says Basile. “It has just the perfect amount of garlic and chili—it’s an absolute addictive must-have.”

Go-to item #1: Piri-piri chicken with roasted baby potatoes.
Tasting notes: “It has three essential elements going for it that make it a winner: the secret piri-piri sauce, which was developed by chef-owner Carlos Martin’s grandmother in Angola; the tender meat; and the crispy skin.” The restaurant’s takeout counter alone goes through 1,500 chickens a week. “The creamy potatoes round out the meal just perfectly,” says Basile.