Now that it’s officially barbecue season, we’re asking Toronto chefs to show us what summer dishes they’re grilling in their own backyards, on their balconies or in their kitchens

Like many of us, Art of BBQ chef and owner Trevor David is at home more than usual these days. We asked the social-distancing chef what summer dishes he’s grilling. His recipe: super-tender smoked brisket 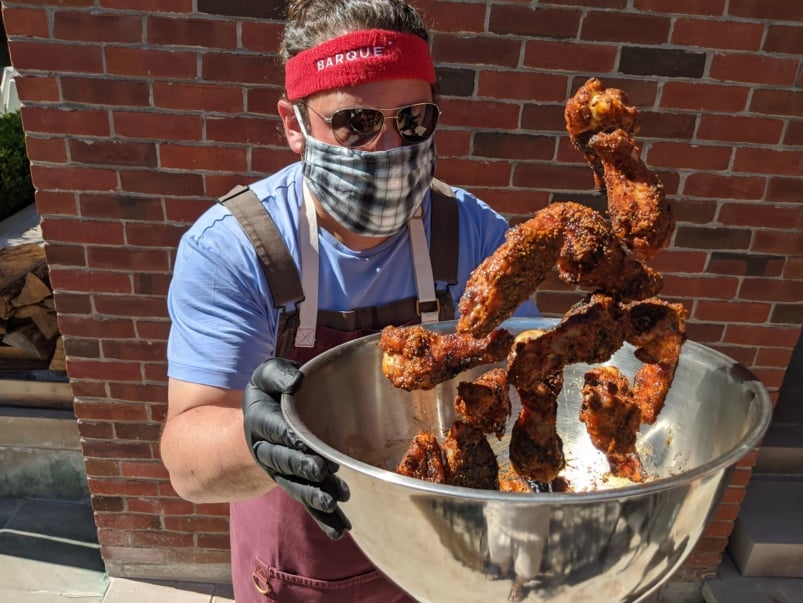 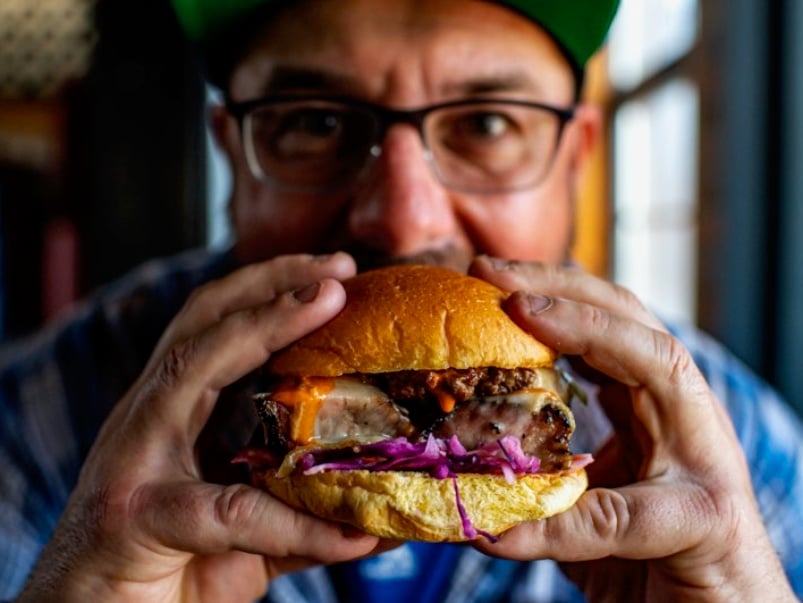 Low and slow is the way to go for pitmaster Trevor David’s tender brisket, a fan favourite at his new Scarborough restaurant Art of BBQ. “I came up with my Big Bang Brisket after experimenting in my kitchen. I love combining different herbs and sauces to see what I come up with,” says David. “Exploring through flavours is integral to the process of pushing the boundaries of our taste buds.”

For this particular recipe, inspiration struck when David came across a bottle of oyster sauce in his pantry. “I just had fun with it—added a dash of this and a bit of that—and the brisket came together wonderfully after spending some time in the smoker.” Although David says this was a culinary experiment and there were all kinds of things that could go wrong, it worked. The result was an explosion of flavour. “Kind of like the Big Bang that created our universe,” he says.

David loves the umami hit the oyster sauce imparts to the brisket. “It’s overlaid with the mustardy tang and warmth from the aromatic spices, and then of course you have the crowning glory: the fatty char from the barbecue.”

Good brisket needs equally good sides. David recommends cornbread, rice and peas, coleslaw and a fresh garden salad. “And to wash it all down, I love fresh mango juice or a nice cold beer from Left Field Brewery.”

No smoker? No problem. Skip to the end of this post for instructions on how to make David’s Big Bang Brisket in your oven.

Plastic spray bottle (for spritzing the brisket) filled with one to two cups with your choice of water, apple juice or apple cider vinegar.

Using your hands, rub the sea salt all over the brisket.

Mix the oyster sauce, mustard and herb paste together in a bowl. Then rub it all over the brisket.

Mix the allspice, cinnamon and pepper in a bowl and then—you guessed it—rub it all over that brisket. It’s messy work, but it’s worth it.

Now cover the brisket in plastic wrap and let it marinate in the fridge for 48 to 72 hours. Not patient enough? It’s totally fine to start smoking it now.

Preheat your smoker to about 300°F and place the brisket in. Lower the temperature to 200°F and smoke for about 7½ to 8 hours (this works out to about 1½ hours per pound).

Meanwhile, fill a heatproof bowl with water and place it in the smoker. This will help generate moisture. Replenish as necessary.

Let the brisket smoke for two to three hours. Then, spritz it with water (or whatever you filled up your spray bottle with) every 30 minutes. This—along with that bowl of water in the smoker—helps ensure that the brisket stays nice and moist.

After smoking, remove the brisket and wrap in tin foil or plastic wrap. Let it rest for 2 hours.

Slice your brisket against the grain and serve.

Enjoy! (And don’t forget those sides.)

Pour three cups of water or beef stock into a roasting pan.

Place your brisket in the roasting pan, then cover with tin foil.

Keep an eye on the water level: if it starts to drop, add another cup of water to the roasting pan. Repeat if necessary.