A wild ride at the CNE, a music campout and six other things to see, hear and do in Toronto this week

A wild ride at the CNE, a music campout and six other things to see, hear and do in Toronto this week

A wild ride at Canada’s largest fair
1The guilt-ridden taste of Tiny Tom doughnuts, the yips of the SuperDogs, the rumblings of the Air Show, the pungent aroma of the farm building—no annual event offers quite the same sensory overload as the Canadian National Exhibition. You know what you’re in for from Canada’s biggest and most gloriously tacky fair: a plethora of rides, concerts, marketplaces, acrobatics, animals, stunts, buskers, butter sculptures and artery-busting food. Performers this year include Stars, Hollerado and Marianas Trench. Friday, August 17 to Monday, September 3. $19.99. Exhibition Place

A night of cringeworthy laughs
2Whether it’s an awkward confession of love or a bad bar mitzvah memory, Cringe Worthy pays tribute to the most embarrassing memories from our teenage years. On Tuesday, ordinary people step into the spotlight at the Opera House to share those long-forgotten poems, letters and diary entries—all for a good cause. Proceeds from the event support the Opportunity Fund, a local charity that offers financial assistance to vulnerable youth. Tuesday, August 14. $36–$100. The Opera House.

A drunken drag queen cult film screening
3Drag, drunk commentary, drinking games and debauchery are on the agenda at The Royal this weekend. Toronto drag queen extraordinaire Allysin Chaynes hosts a special presentation of Little Shop of Horrors—the timeless tale of a boy and his man-eating plant—to kick off a series of cult film screenings. Upcoming films include Jurassic Park, The Wizard of Oz and Edward Scissorhands. Sunday, August 19. $12 advance, $15 door. The Royal.

A bigger and better Chinatown street festival
4The Toronto Chinatown Festival has gained a lot of momentum since its early days: more than 250,000 visitors attended last year. The 2018 celebration is expected to be the biggest yet, featuring a weekend of live music, traditional dance, martial arts demonstrations and street eats. The theme, Leap through The Dragon’s Gate, comes from a Chinese folktale where fish try to swim upstream to jump through a dragon’s gate. Saturday, August 18 to Sunday, August 19. Free. Spadina Ave between St. Andrew St. and Sullivan St. 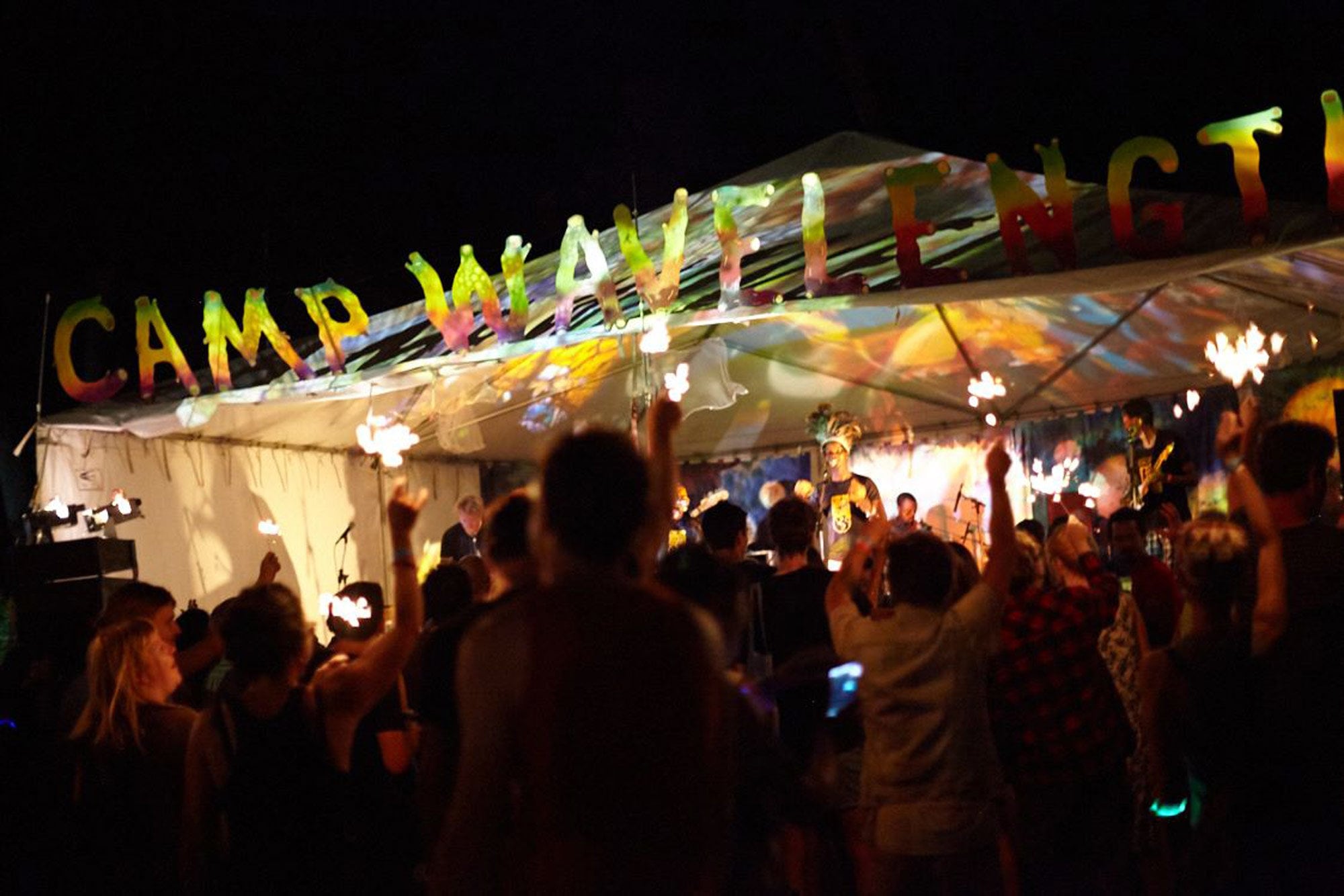 An urban summer camp
5Last year’s Camp Wavelength was a literal washout—the event was forced to change venues last-minute because of flooding on the Toronto Islands. This year, the indie fest is protecting itself against acts of nature by relocating to Fort York, with headliners like Suuns, Tops, Chad VanGaalen and Moscow Apartment. As a new addition to the two-day festival, local comedians perform on a new Campfire Comedy stage, and artists install interactive on-site exhibits. Saturday, August 18 and Sunday, August 19. $28–$48. Fort York Garrison Common

A musical tour through the boomer years
6Boomers take a lot of flack, but at least their generation gave the world some pretty good music. Canadian comedian Rick Miller—best known for impersonating 25 of the most annoying voices in the music industry in his cover of Bohemian Rhapsody—takes the stage in Toronto for BOOM. His one-man musical brings more than 100 classic artists, activists and politicians into the present, from Richard Nixon to Janis Joplin to Bugs Bunny. It’s the Vietnam War, the Summer of Love, the March on Washington and Buddy Holly’s death rolled into one crowd-pleasing package. Tuesday, August 14 to Sunday, August 19. $25–$89. CAA Theatre.

A festival for cosplayers
8If you’re hanging out near Flemingdon Park this weekend, your odds of spotting your favourite anime, sci-fi or blockbuster movie character are higher than usual. Cosplayers unite at the Ontario Science Centre this weekend for a day-long celebration of the art of dressing up, featuring panels, workshops, guest speakers and photo opportunities. Saturday, August 18. $20 advance, $25 door. Ontario Science Centre.