A nine-hour theatre marathon, a statue with a beehive head and eight other must-see attractions at the Luminato Festival

A nine-hour theatre marathon, a statue with a beehive head and eight other must-see attractions at the Luminato Festival

Luminato is jamming the revitalized Hearn Generating Station (440 Unwin Ave.) with more programming than arts lovers know what to do with. Here, we highlight the 10 best shows, stunts and installations from the 17-day fest.

The James Plays, a three-part theatrical epic
Rona Munro’s trilogy fuses Shakespearean drama with the binge-worthy fun of Game of Thrones. Each production chronicles the military campaigns, familial anguish and carnal lust of a different Stuart king who ruled Scotland in the turbulent 15th century. Audiences can watch them separately over 11 days or tackle them all in one nine-hour marathon. Thursday, June 16 to Sunday, June 26. From $39.

Untilled, a statue with a beehive for a head
The Hearn is brimming with art installations, interactive experiences and other stuff to check out between shows. The wackiest, most wonderful time killer is Untilled, a statue by French artist Pierre Huyghe that has a live beehive for its head. AGO conservator Sherry Phillips and curators Adelina Vlas and Kitty Scott discuss the piece in two different afternoon events. Tuesday, June 21 and Saturday, June 25. Free.

A daredevil leap off the Hearn’s smokestack
The smokestack that towers above the Hearn is 215 metres tall, and some brave souls thought it might be fun to jump off of it. To kick off the festival, Team FX will BASE jump—considered a degree more dangerous than skydiving—from its peak and glide down to the ground with red-and-white parachutes. June 10 and 11. Free.

Rufus Wainwright’s tribute to Judy Garland
Cabaret king Rufus Wainwright replicates the campy theatrics of Judy Garland’s famous 1961 comeback at Carnegie Hall. Backed by a 36-piece orchestra, the flamboyant showman croons through two hours of jazzy show tunes and big-band standards, including the shoulder-bobbing shuffle of “San Francisco” and orchestral swells of “Over the Rainbow.” Thursday, June 23 and Friday, June 24. From $39.

The biggest disco ball we’ve ever seen
Montreal artist Michel De Broin’s One Thousand Speculations, a dazzling eight-metre-wide mirror ball, was the star of the 2013 Luminato Festival, and it shines again in the Hearn. It hangs in an off-limits area in the northeast corner of the Hearn, but you won’t have any trouble finding it—just follow the shimmering rays of light reflecting off every inch of the massive complex. See our piece on how the ball came together here. Friday, June 10 to Sunday, June 26. Free.

A virtual-reality experience about the gun trade
From the outside, this windowless structure looks like a big black box. Inside, guests will find a labyrinthine, multi-storey network of small rooms. They comprise the set of Situation Rooms, a mix of theatre, video installation and virtual-reality gaming by German collective Rimini Protokoll. In each performance, an audience of 20 enters the world of the arms trade, following an Israeli soldier, a ­Mexican drug dealer, a Swiss weapons manufacturer and other characters through interviews played on iPads. Friday, June 10 to Sunday, June 26. $20.

Monumental, an electrifying dance show
Vancouver’s Holy Body Tattoo group emerges from a 10-year hiatus—and hooks up with Montreal post-rock pioneers ­Godspeed You! Black Emperor—for an electrifying and unnerving Luminato show about individualism in a capitalist society. Nine dancers perched on rectangular pedestals violently thrash and twist to a soundtrack of clashing guitars and unrelenting percussion. Tuesday, June 14 and Wednesday, June 15. From $29.

The adventurous Unsound music festival
Expect two days of ambient soundscapes, noise, drone metal, pounding techno and “fractured club music” (a sound so new they had to make up a genre to describe it), all punctuated by smoke and strobe effects. Doom-metal druids Sunn O))) and Nine Inch Nails collaborator Alessandro ­Cortini are on the adventurous lineup. Friday, June 10 and Saturday, June 11. $25 per night.

A chance to perform with Rufus Wainwright
Choir! Choir! Choir!, the drop-in singalong society that packed Massey Hall to sing Prince, pulls another epic stunt, enlisting Rufus Wainwright to help sing Leonard Cohen’s “Hallelujah” on a grand staircase in the middle of the Hearn. As usual, there’s no line between performer and audience member; anyone with a ticket can learn a part and sing along. Saturday, June 11. From $20. 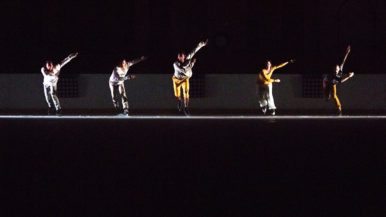 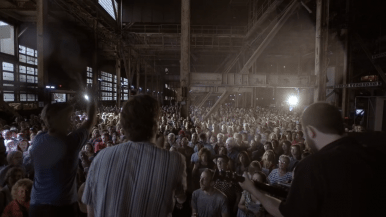