As we all know, TIFF turns the city into an uncontrollable mass of celebrity-obsessed stalkers. Another festival symptom is that people who would normally be watching Netflix on a Tuesday night feel the need to go out and experience the city—usually this amounts to waiting in line for three hours to see a premiere, but sometimes it means classily crashing an exclusive party. So what does one wear to attend a TIFF event where you might lock eyes with your celeb crush? If you’re George Stroumboulopoulos, you’re just happy not to be wearing a stiff suit on-air, and if you’re a Soho House host you’re still in your standard black-on-black uniform—but everyone else is dressed to the nines in their party best, whether it’s a sequined romper or prim-and-proper pearls.

Name: Christopher Sheppard
Age: 63
Profession: Film producer
Photographed at: King and John
“My style is blue. Take that as you will.”

Name: Danny McCarney
Age: 34
Profession: Marketing program manager
Photographed at: King and John
“I’m going to the Mongrel Media Lounge. I try to go pretty original—I’ll look at what other people are wearing and try and be a bit funkier.”

Name: Aaron Sanderson
Age: 30
Profession: Fundraiser
Photographed at: King and John
“I’m going straight from the office so I needed something that worked for both—the floral shirt is me trying to hold on to summer.”

Name: Billy Taylor
Age: 23
Profession: Host at Soho House
Photographed at: Soho House
“I pretty much wear all-black everything. T-shirts and blazers are my jam. If it’s a posh event, maybe I’ll do up the top button.”

Name: Melua Chance
Age: 28
Profession: Reception Manager at Soho House
Photographed at: Soho House
“I work long hours, so even when we have an event I try to still have a relaxed, comfy style.” 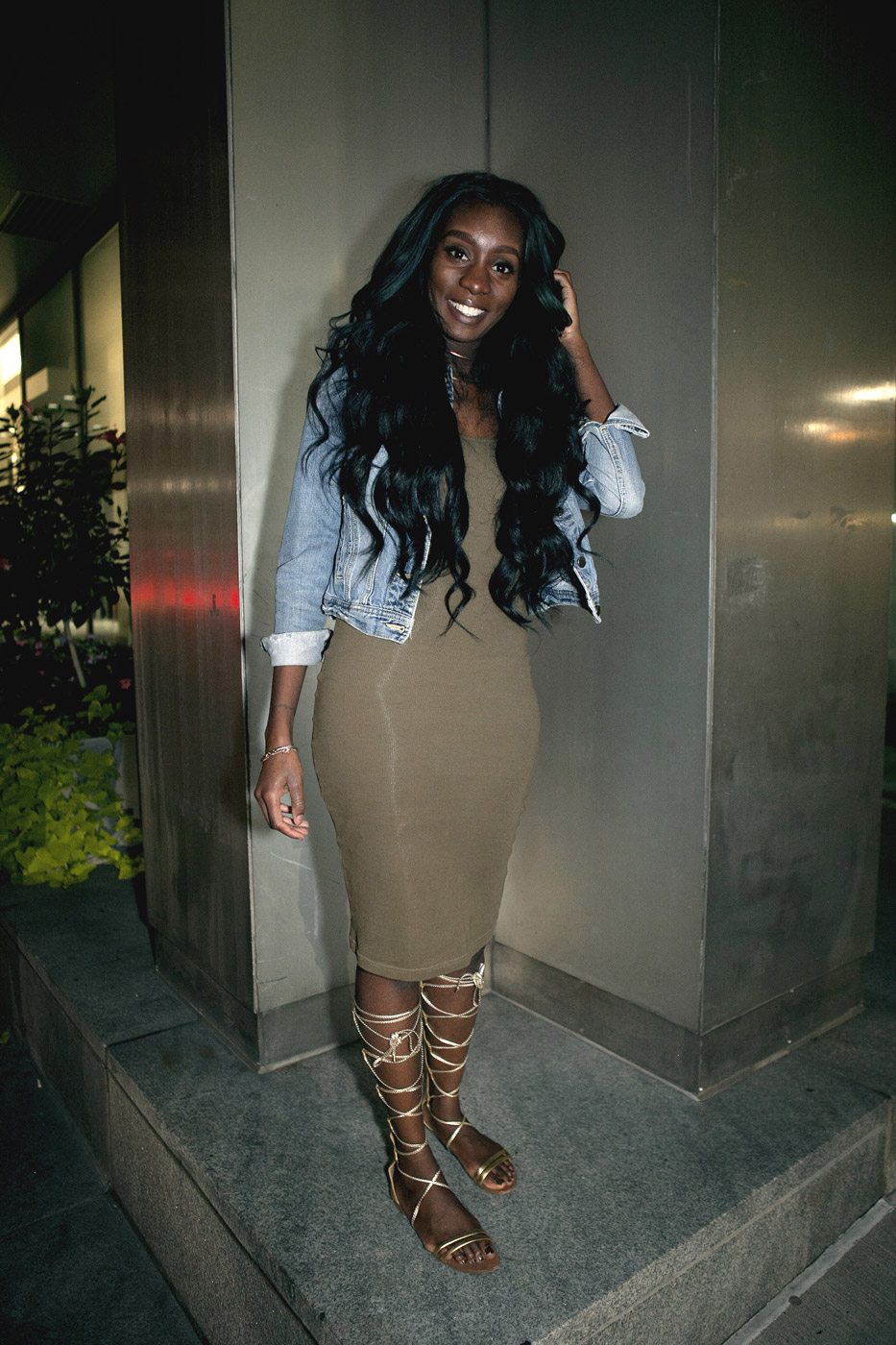 Name: Fadesha Alexander
Age: 27
Profession: Retail associate
Photographed at: University and Richmond
“My style’s eclectic and chill, but when I go to an event I’ll wear something cropped or fitted.” 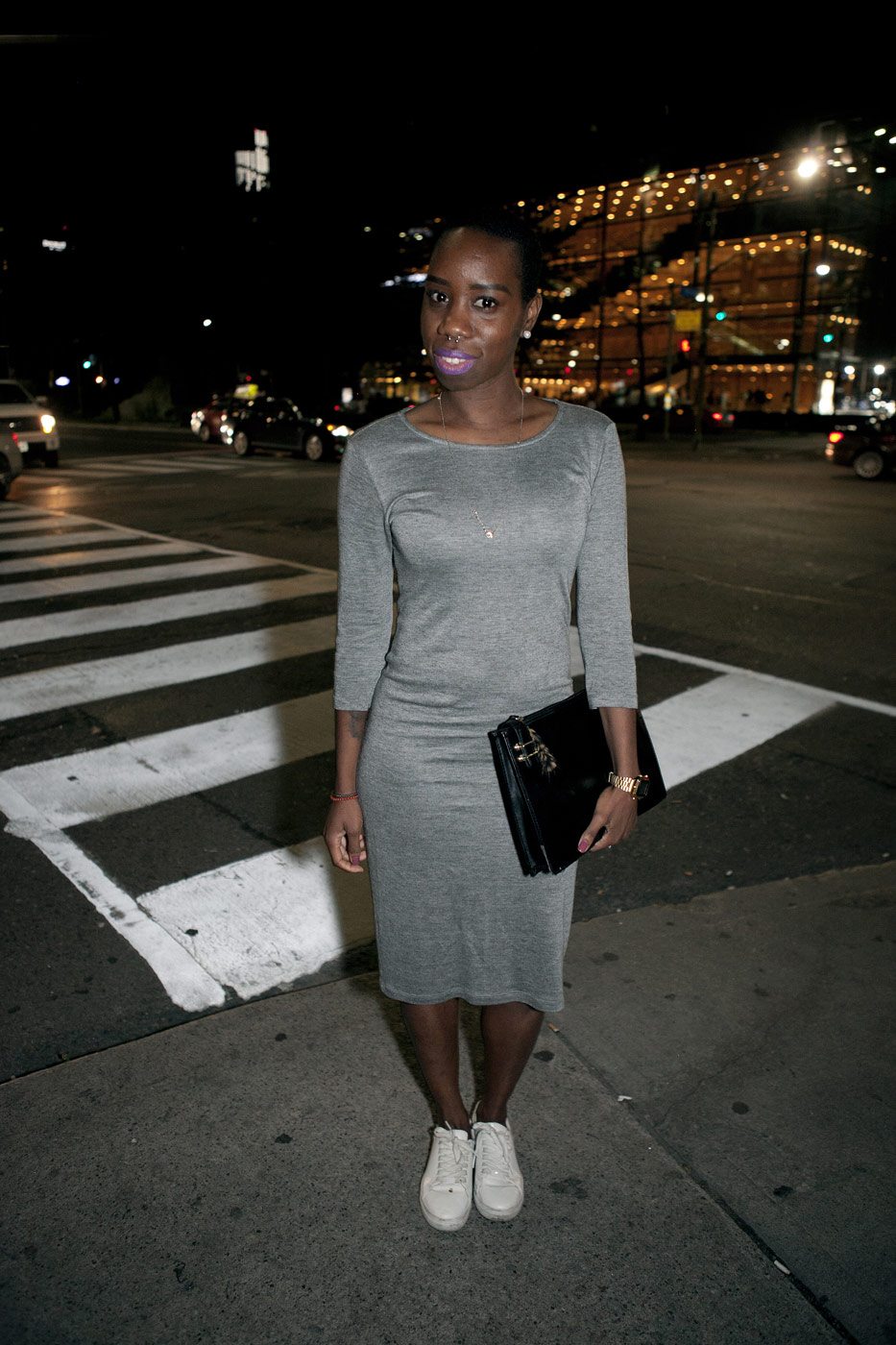 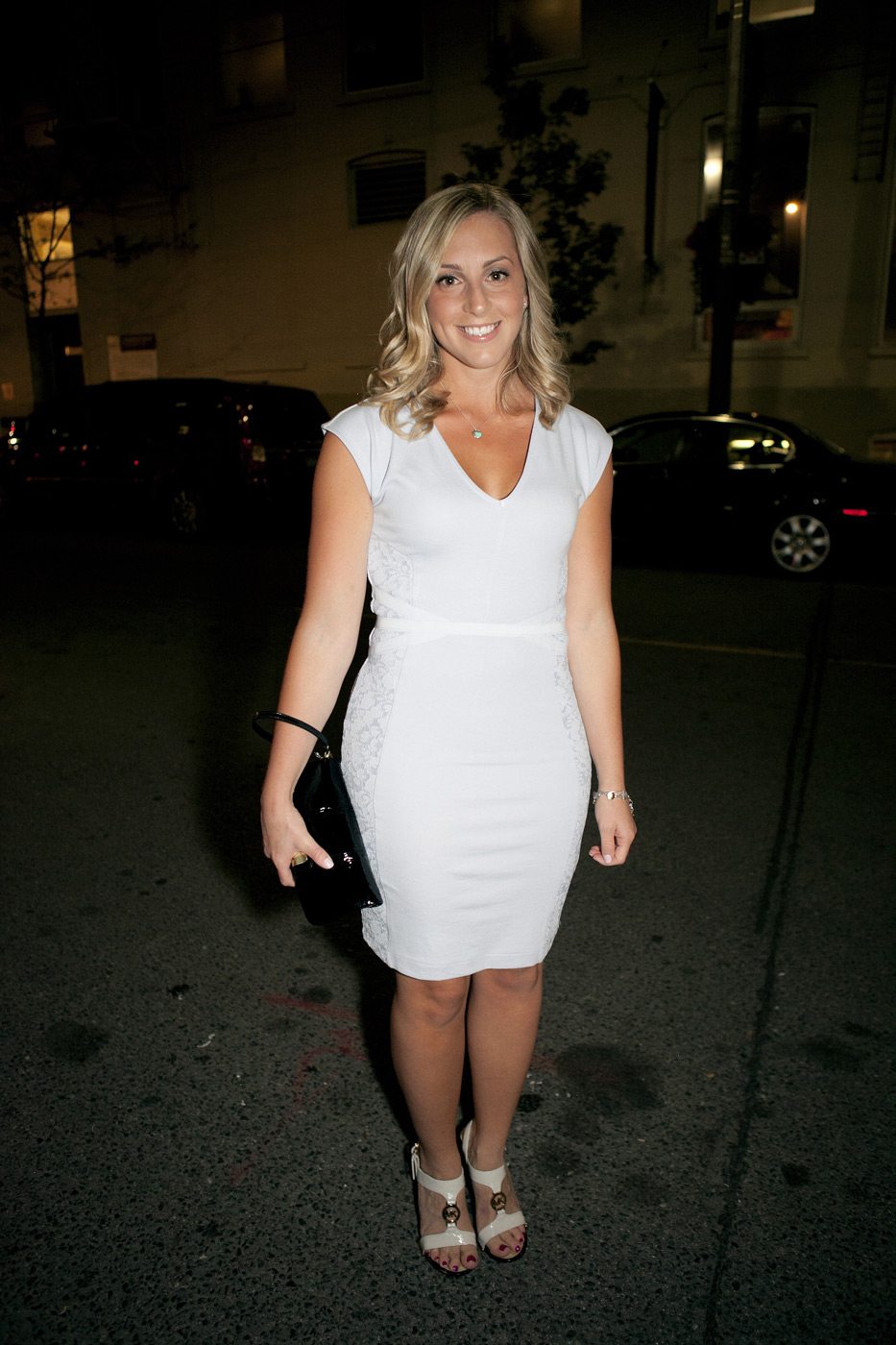 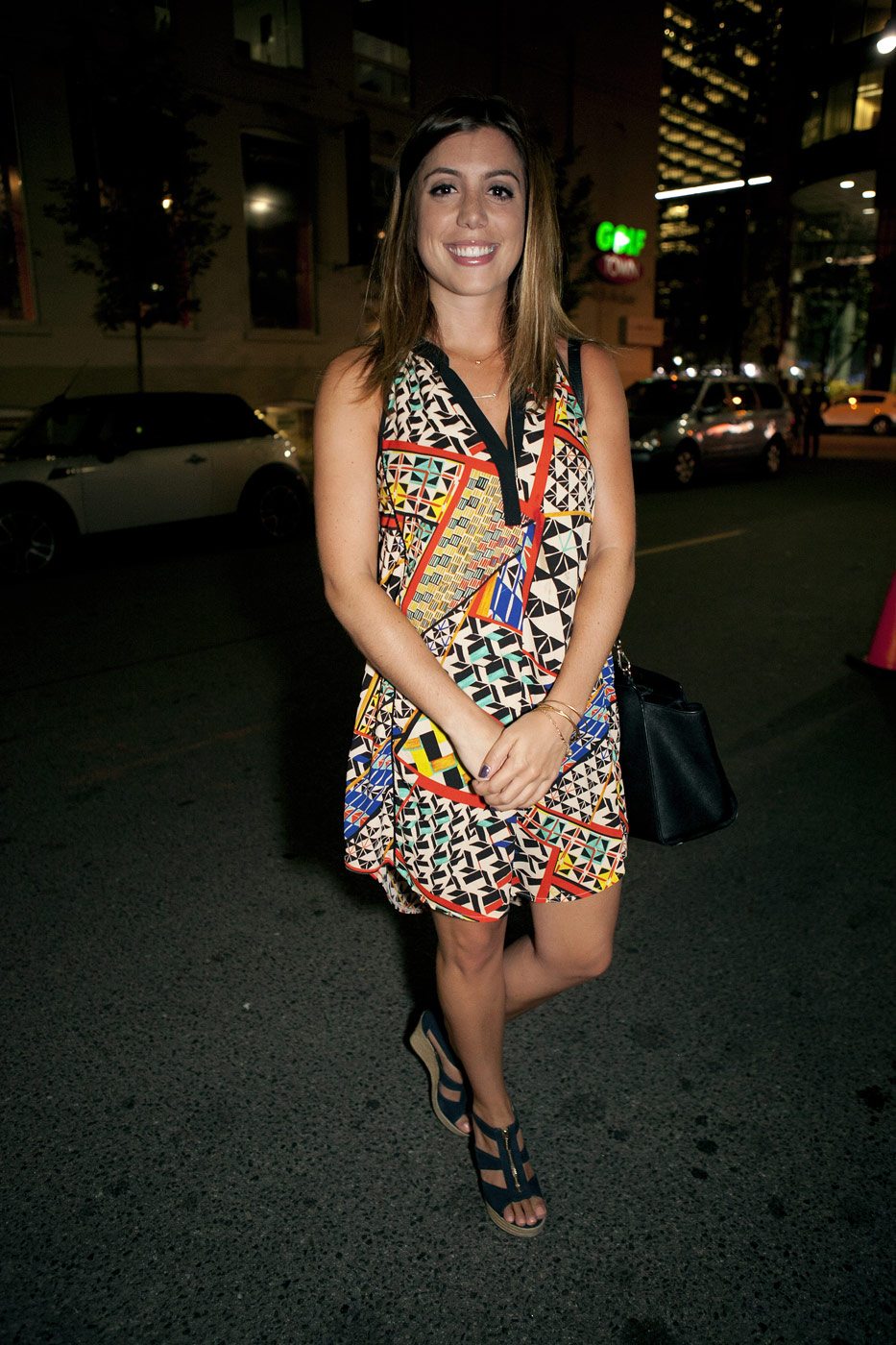 Name: Sandra DiNardo
Age: 25
Profession: Student
Photographed at: TIFF Bell Lightbox
“This is my first TIFF event, so I wanted to wear something cool.” 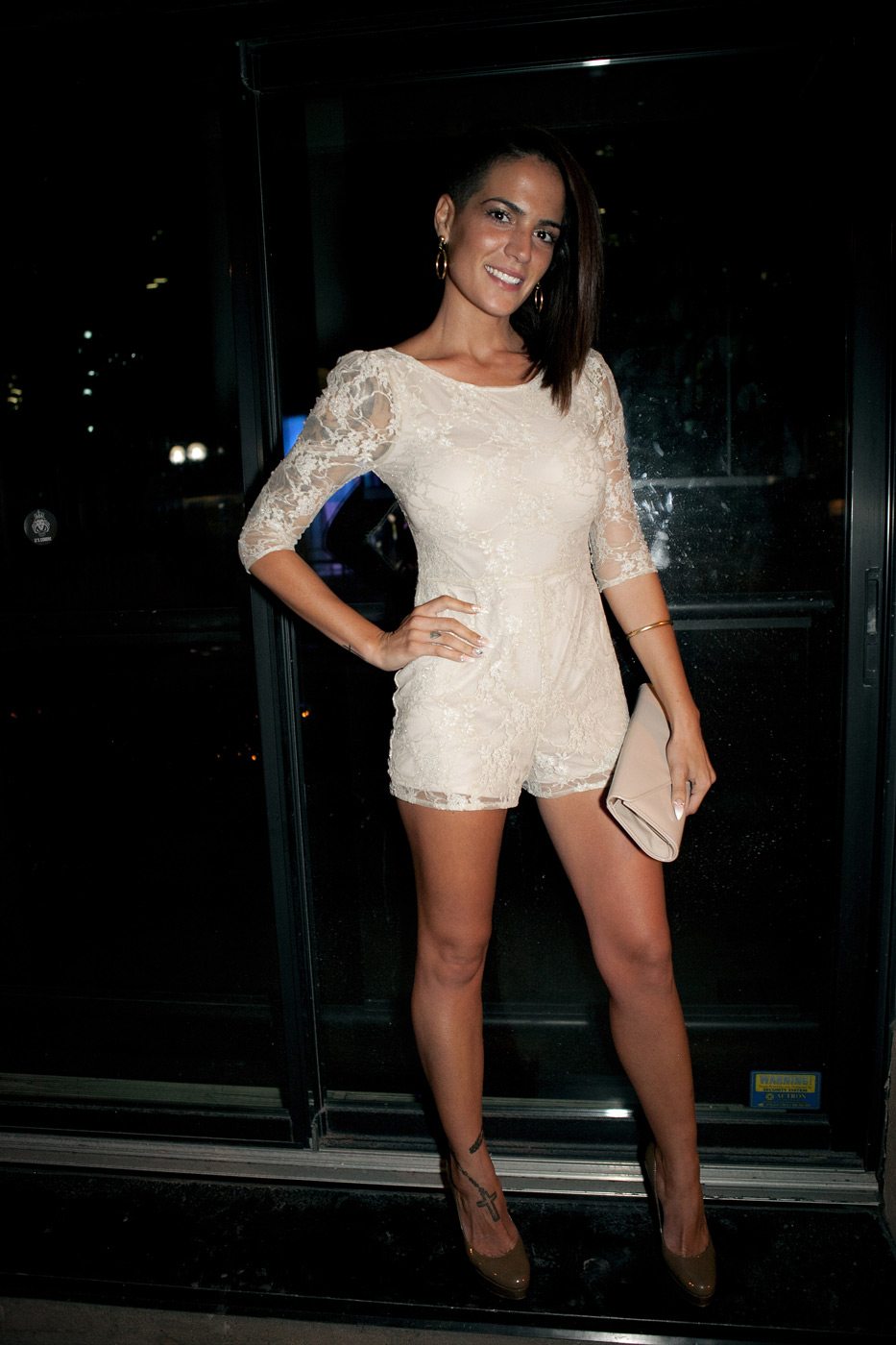 Name: Jessica Marelli
Age: 29
Profession: Stay-at-home mom
Photographed on: King West
“We just saw I Smile Back. And earlier we met Sarah Silverman. I think my look is very classic.” 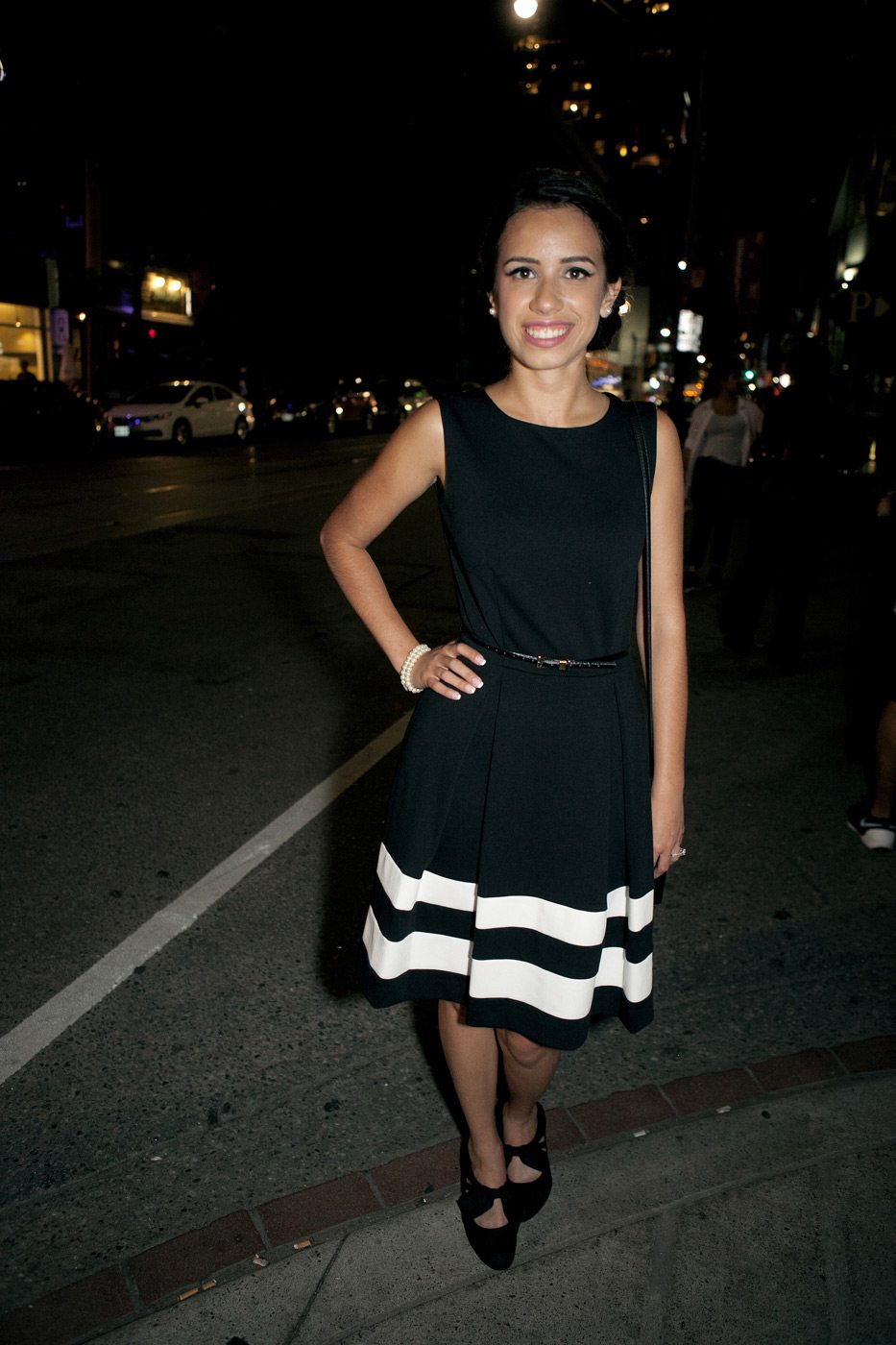 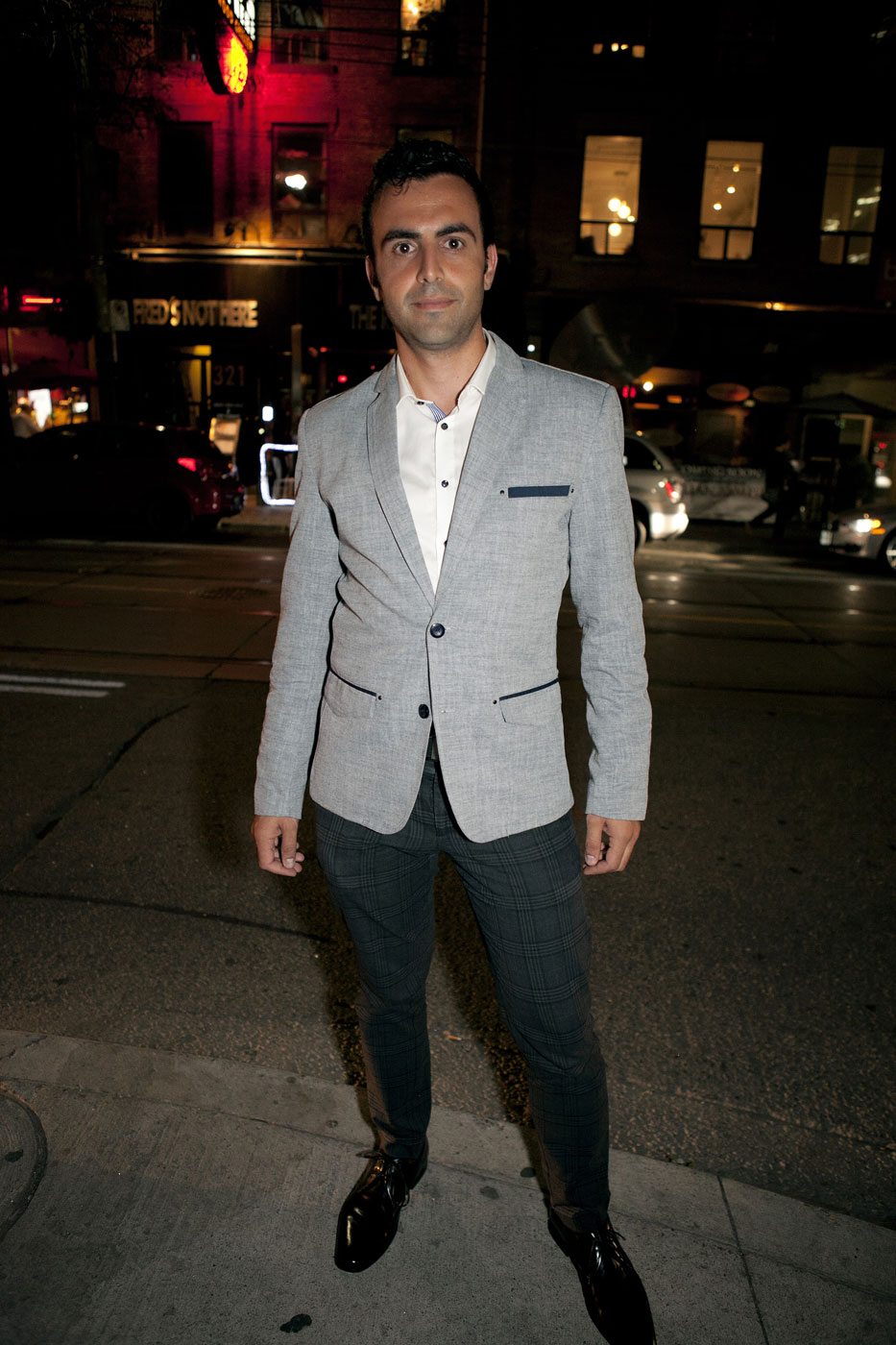 Name: Mike Reitano
Age: 31
Profession: Accountant
Photographed on: King West
“My style’s a bit all over the place. But this look is what I tend to go for when I go out.” 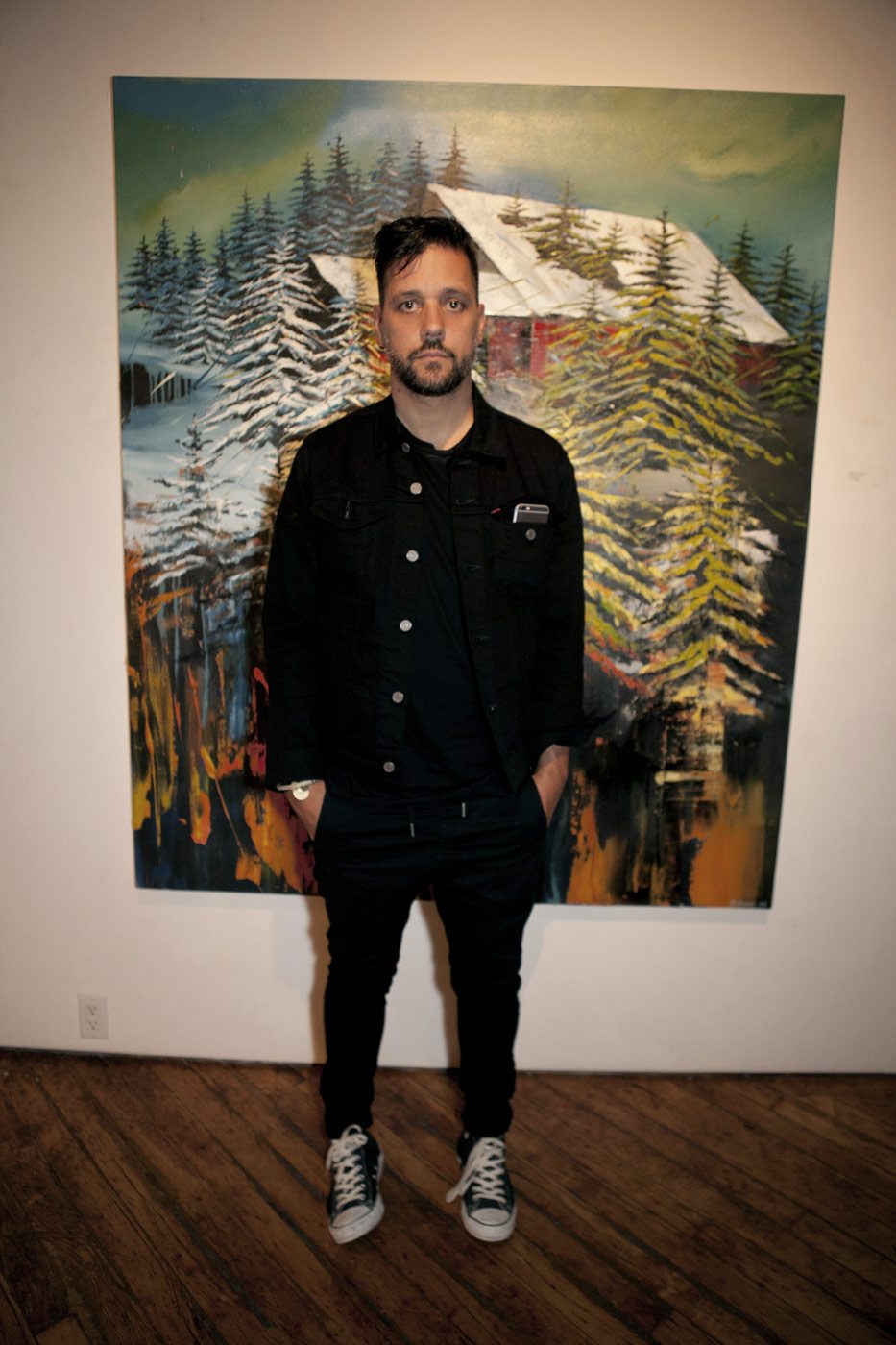 Name: George Stromboulopoulos
Age: 43
Profession: TV anchor
Photographed at: 401 Richmond St. W.
“I wear a suit every day when I’m on the air, so in my own time I like to wear this—all black. I don’t really think fashion is important—but style is.”

One thought on “Street Style: Torontonians—from Soho House hosts to Strombo—take on TIFF parties and premieres”