These massive art installations are taking over the Distillery District

These massive art installations are taking over the Distillery District

The beloved Winter Stations exhibition was postponed due to Covid—and when it returns this spring, its usual beachside home will occupied by sunbathers and picnickers. So the organizers found a new temporary home at the Distillery District. The event, rebranded as Spring Stations, runs until the end of July. Here’s what’s on display this year. 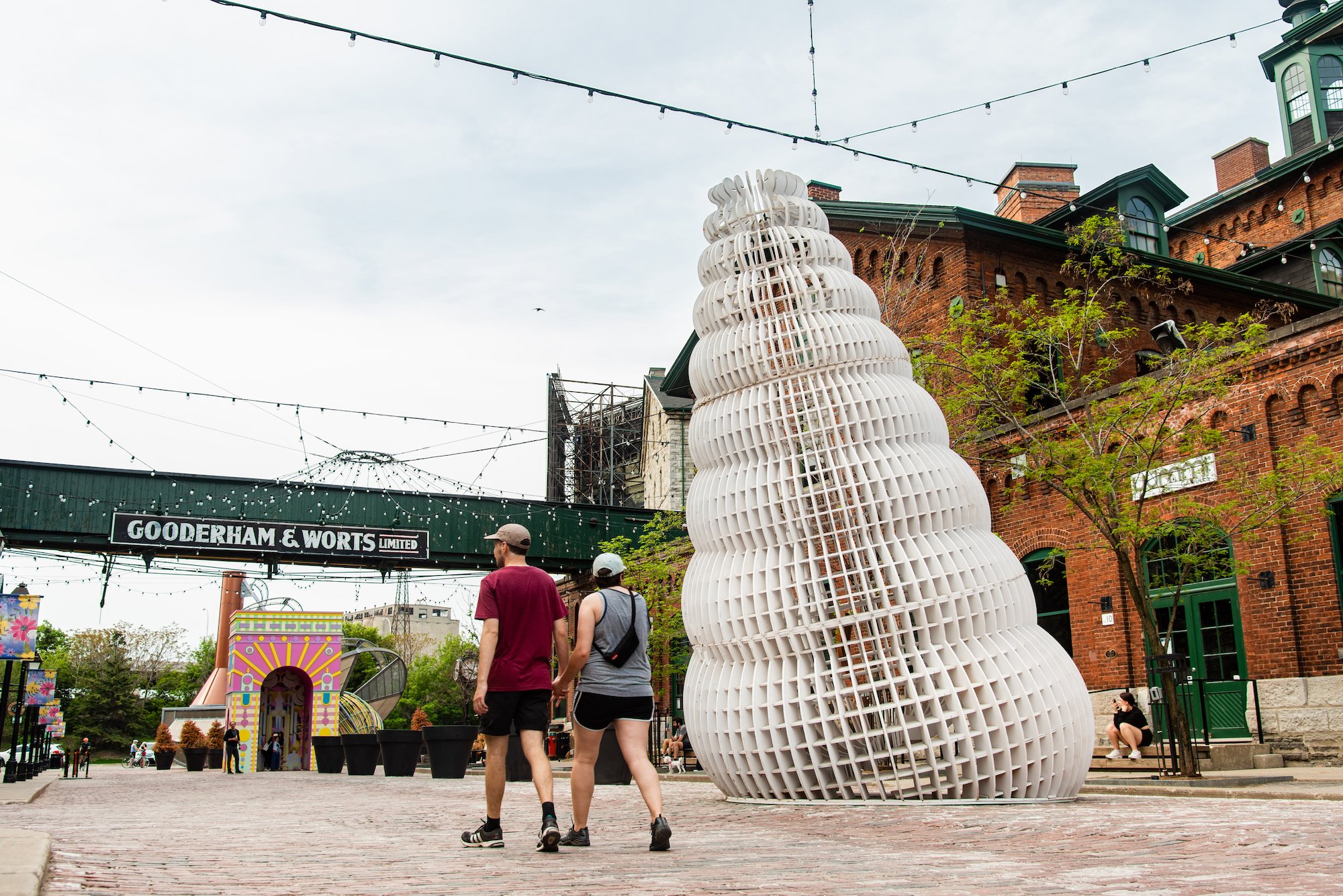 This sculpture from a four-person Iranian design team, M. Yengiabad, is inspired by a sea snail shell, built out of machine-cut wood and located on the Distillery’s main thoroughfare. Visitors are encouraged to step inside the giant swirl to look upward at the sky—the best vantage point by far. 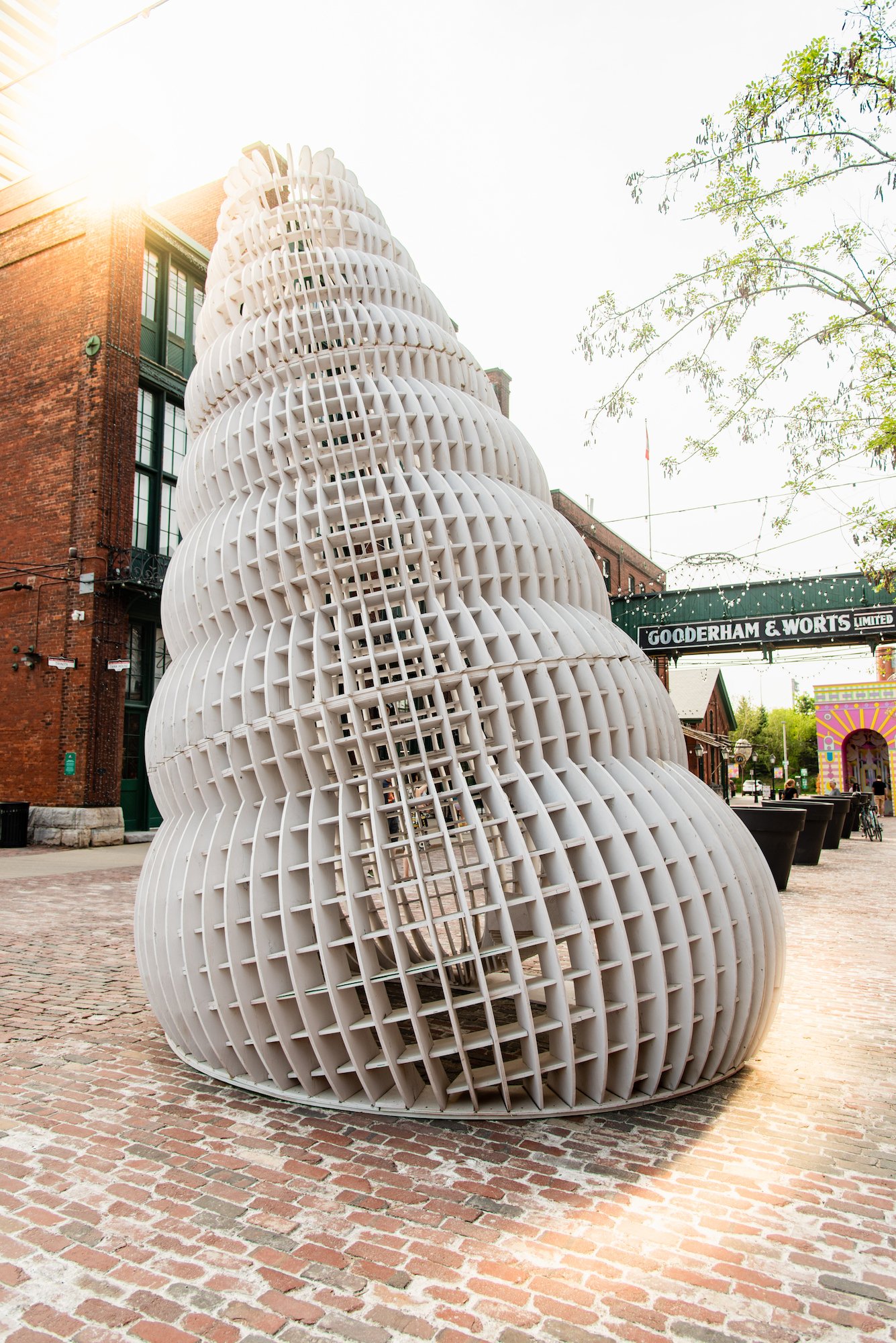 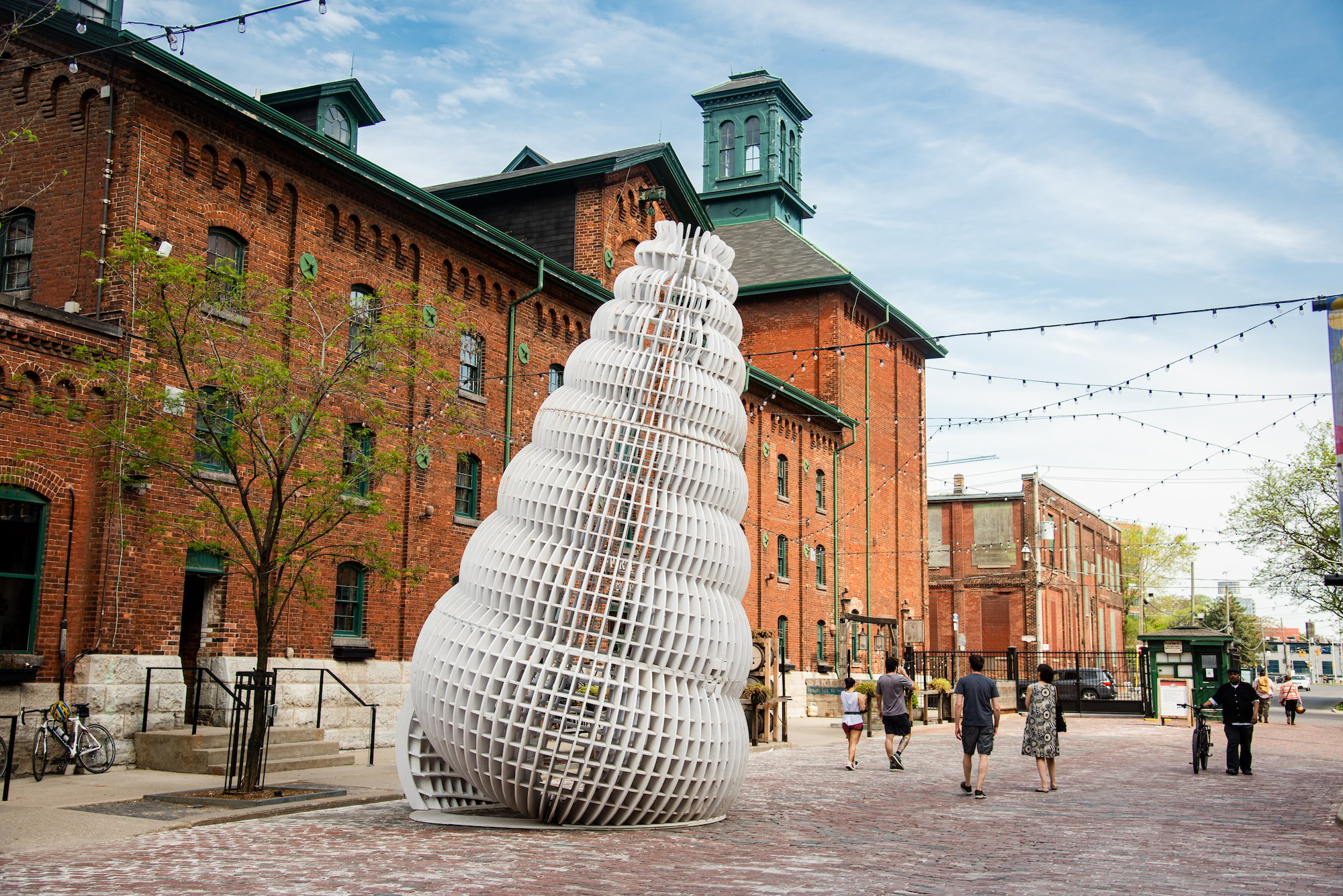 This psychedelic dream version of the Arc de Triomphe is bright, colourful and techy: viewers can use a QR code to animate augmented-reality pop-art designs on and around the arch. 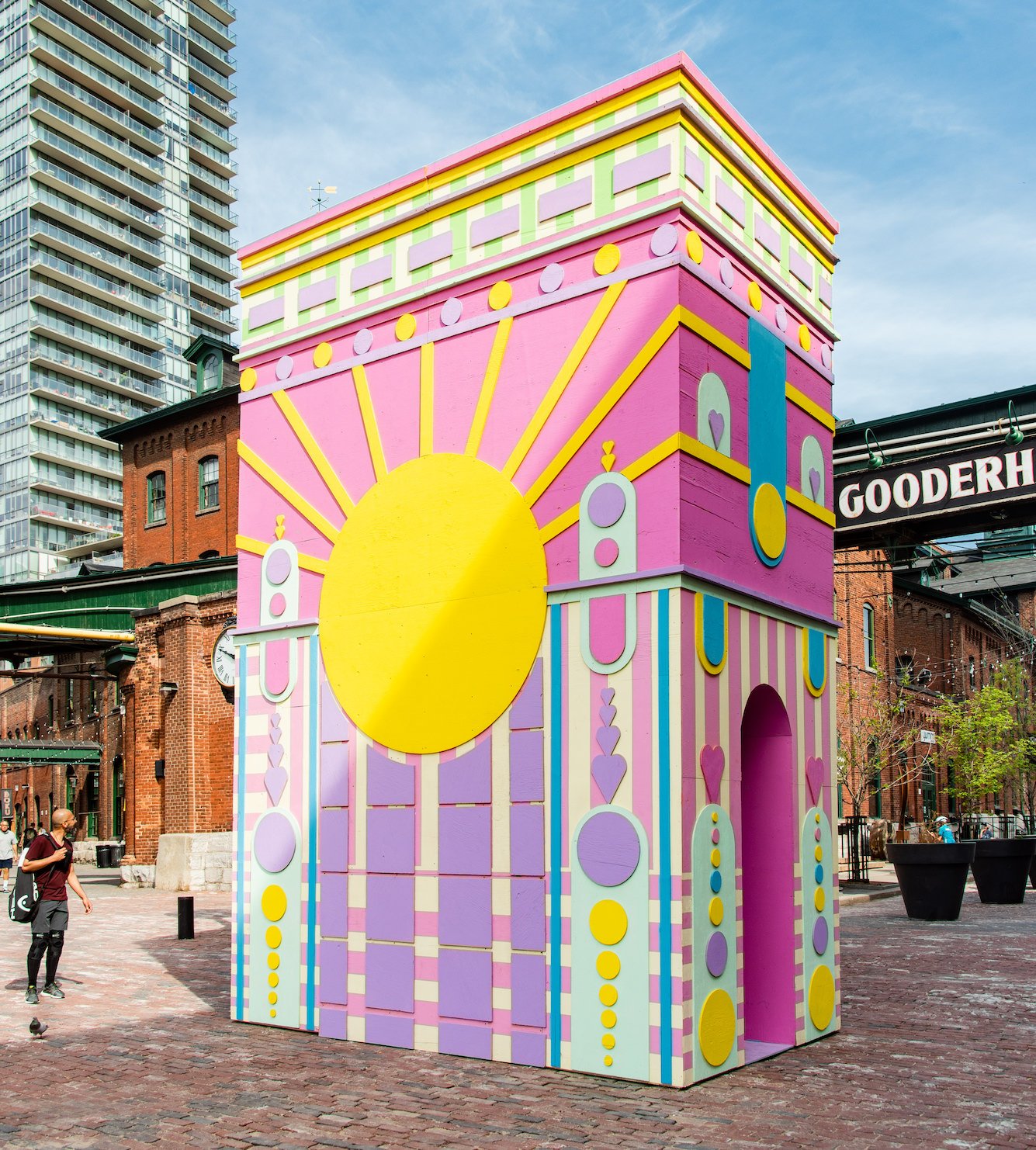 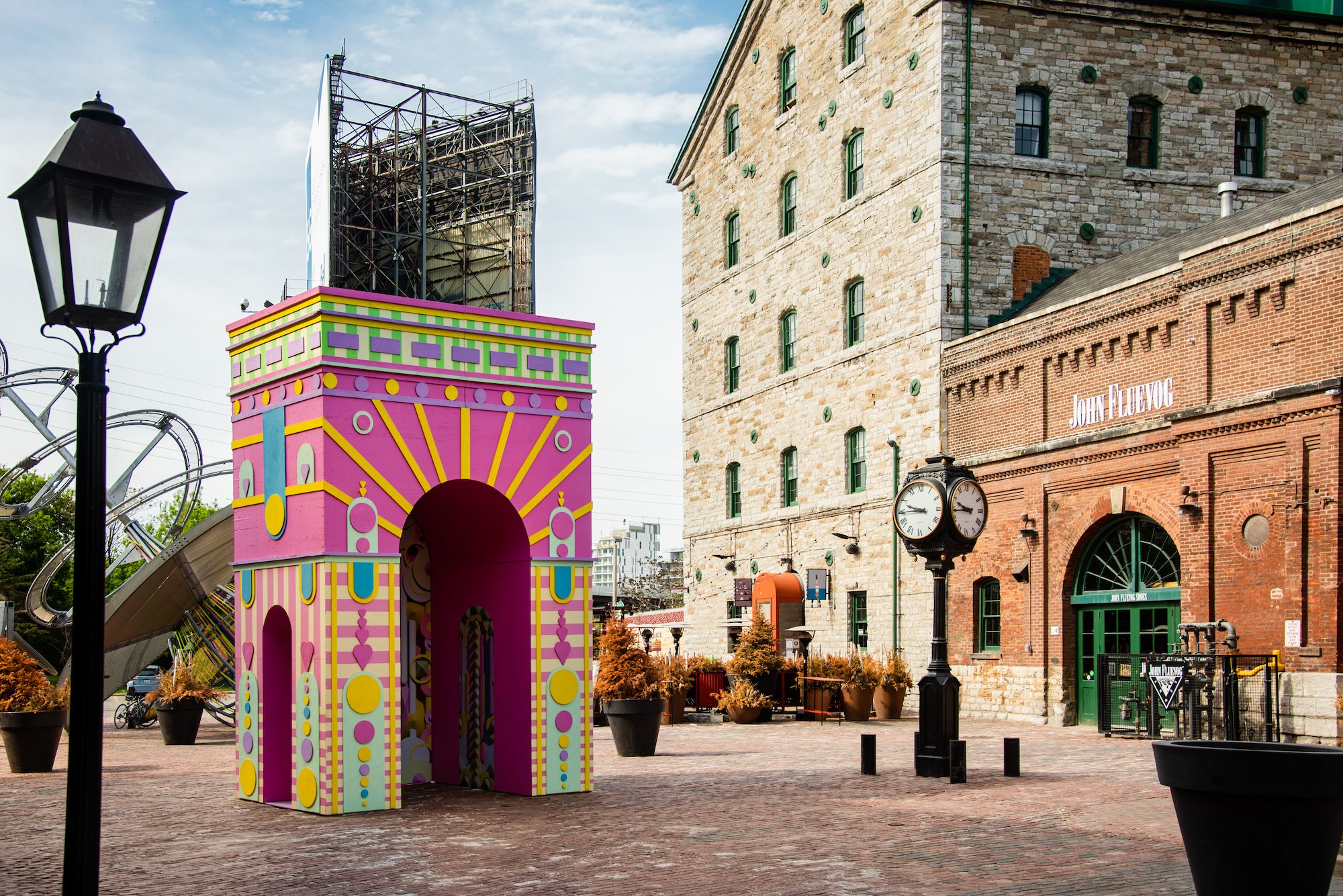 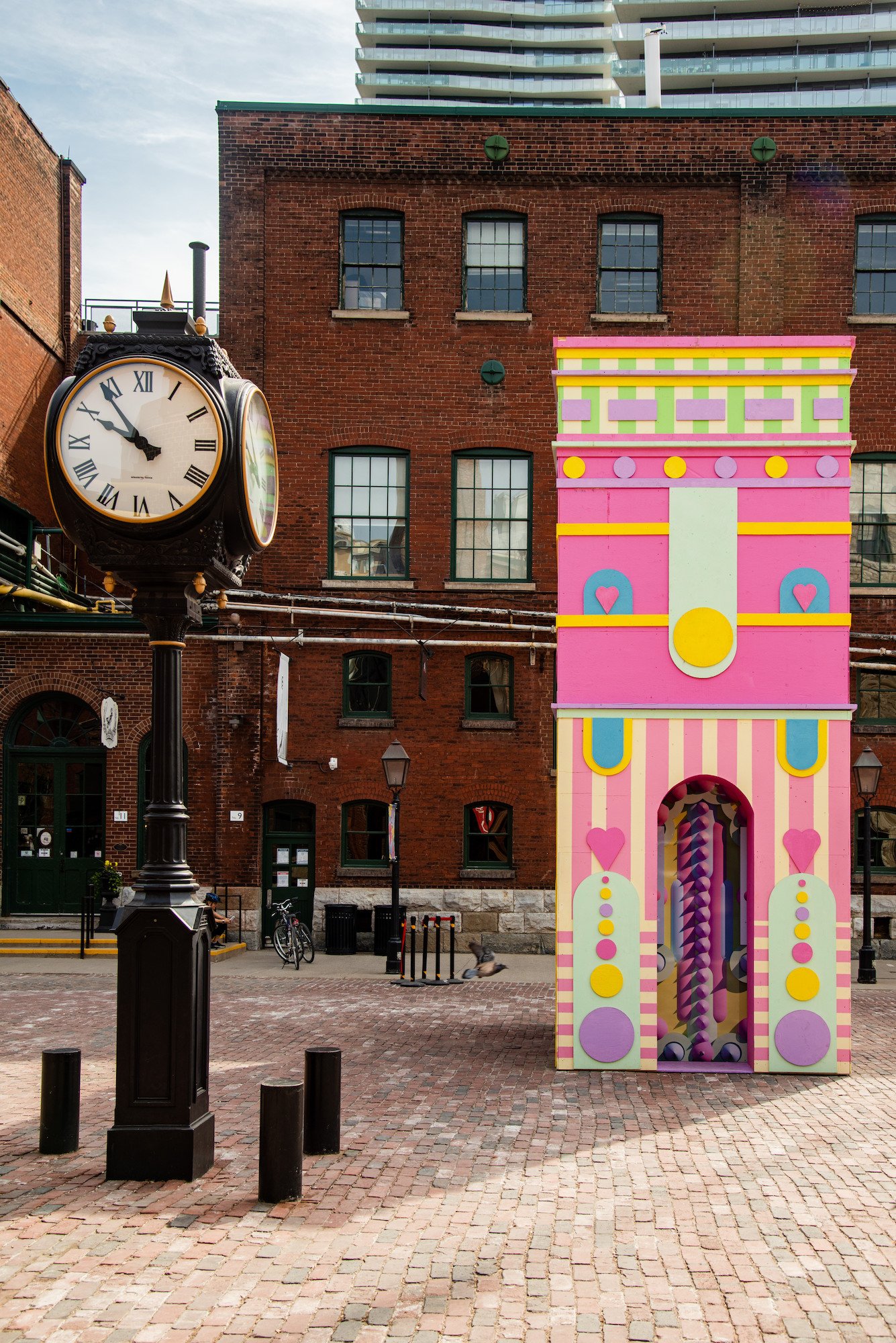 The U.K.-based architects (and brothers) Jack and Charlie Leather designed this inverted pyramid to hold white pine saplings along its lower shelves, which visitors are encouraged to take home and use to plant the next generation of forests. The organizers will replenish the sapling stock while supplies last, and once the installation ends, the wood slats will be reused in another project. 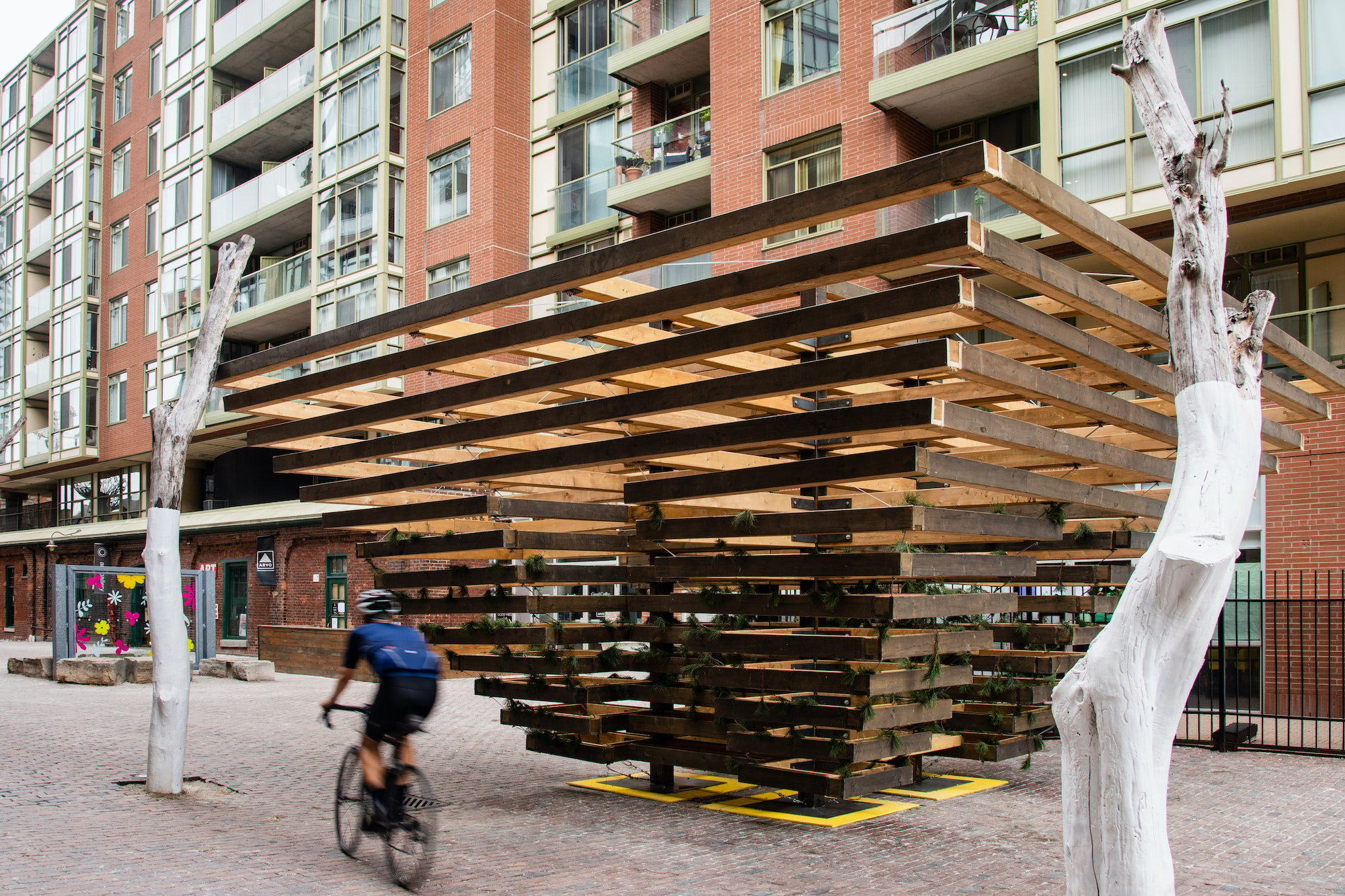 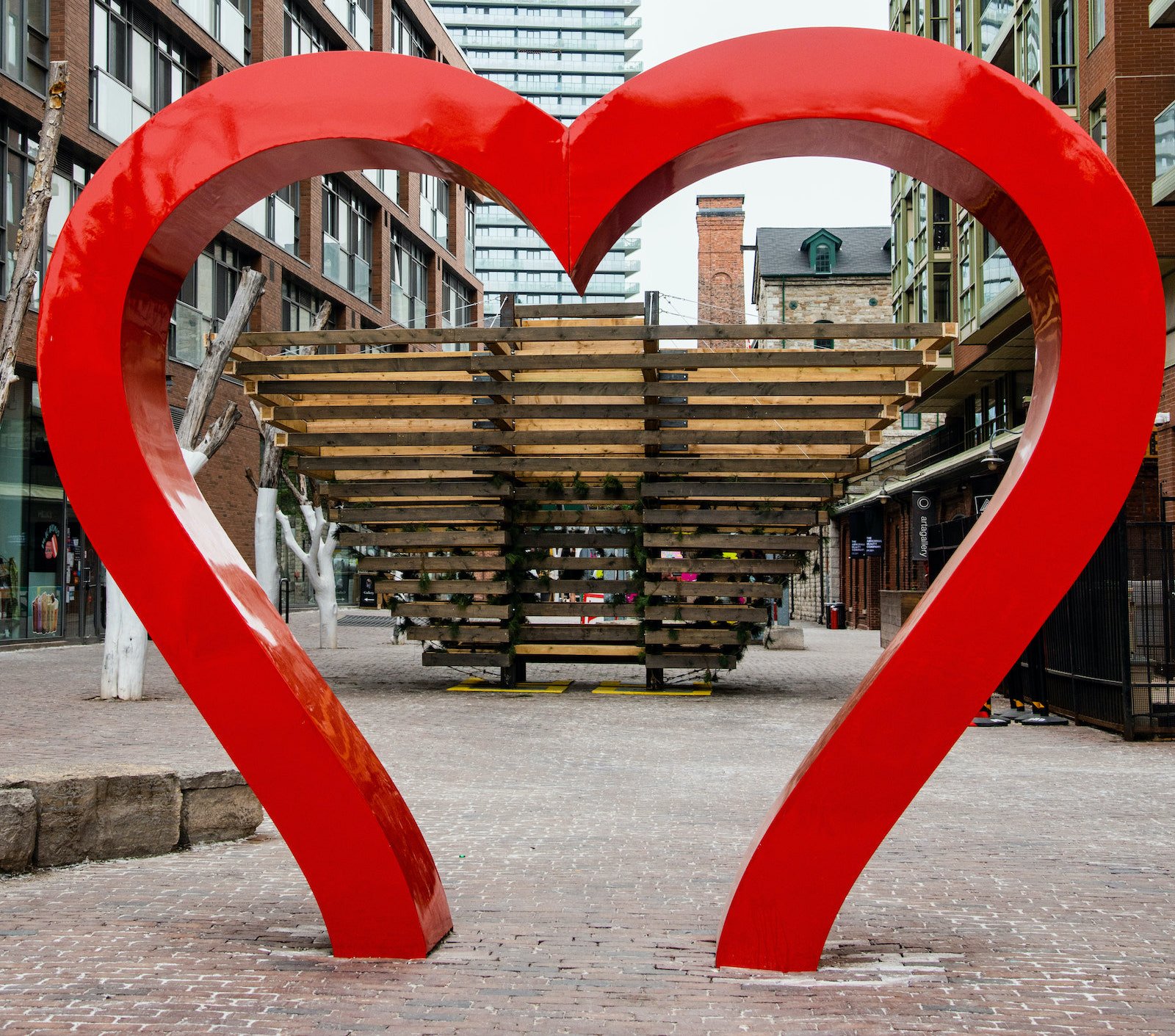 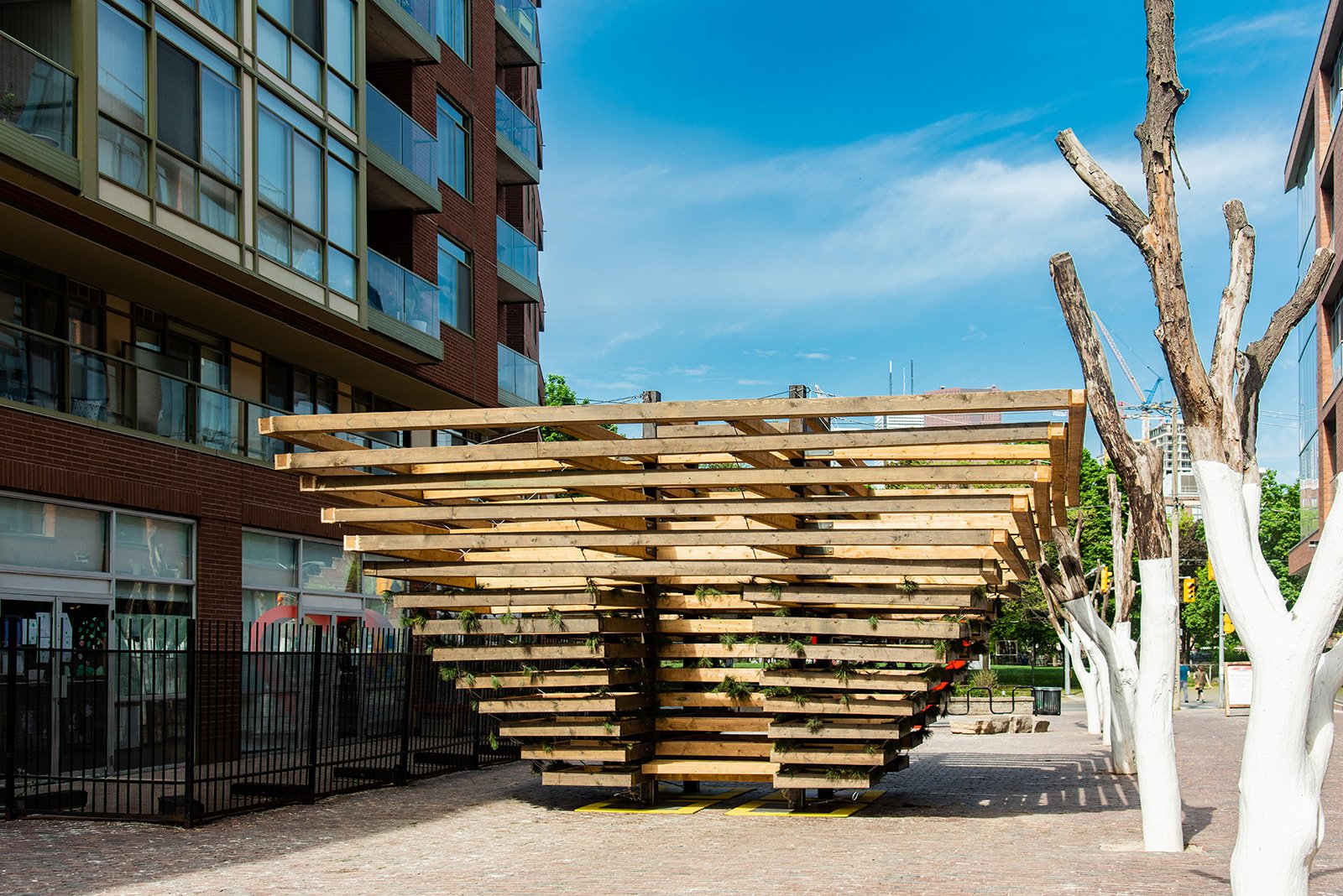 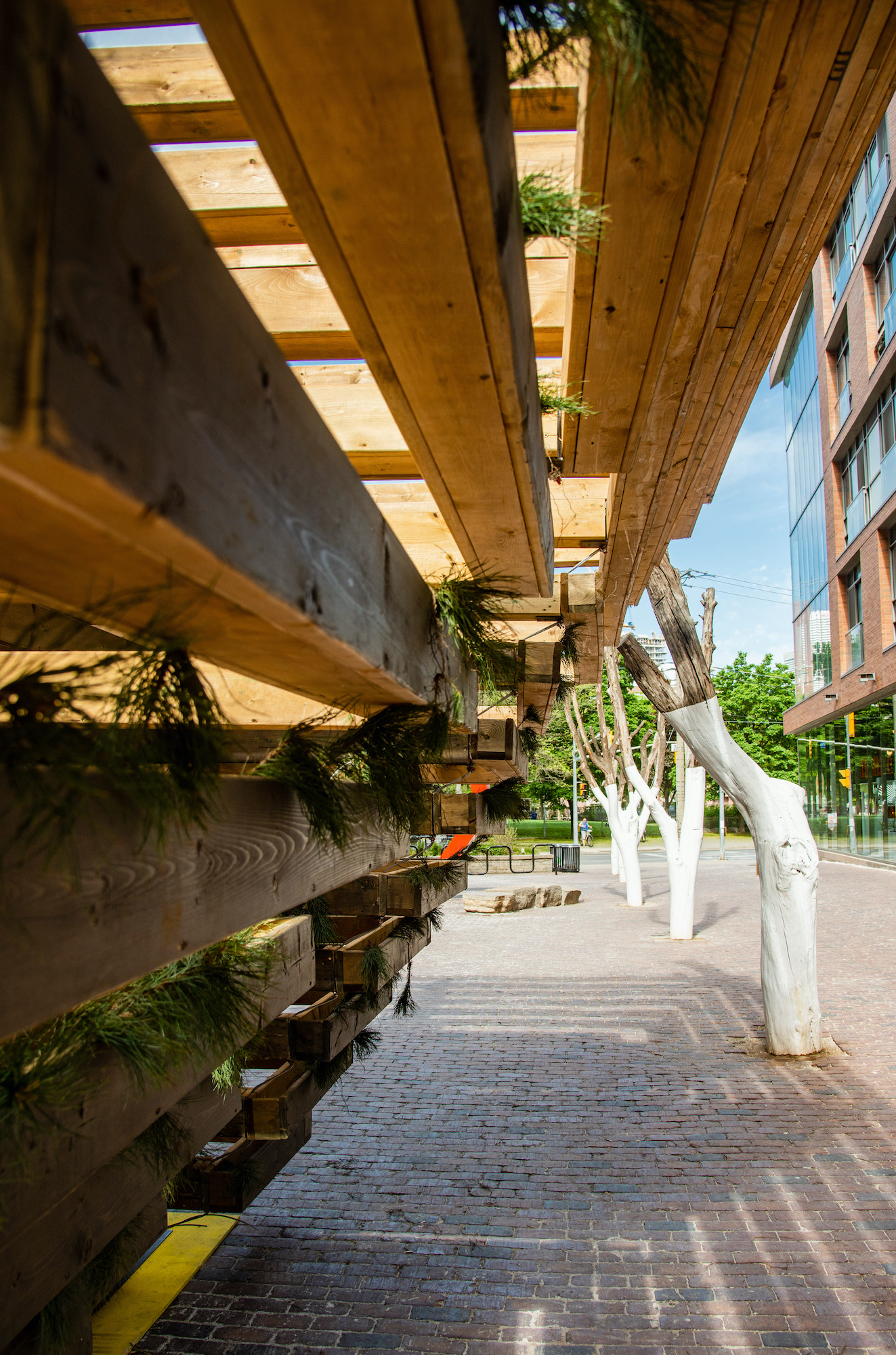 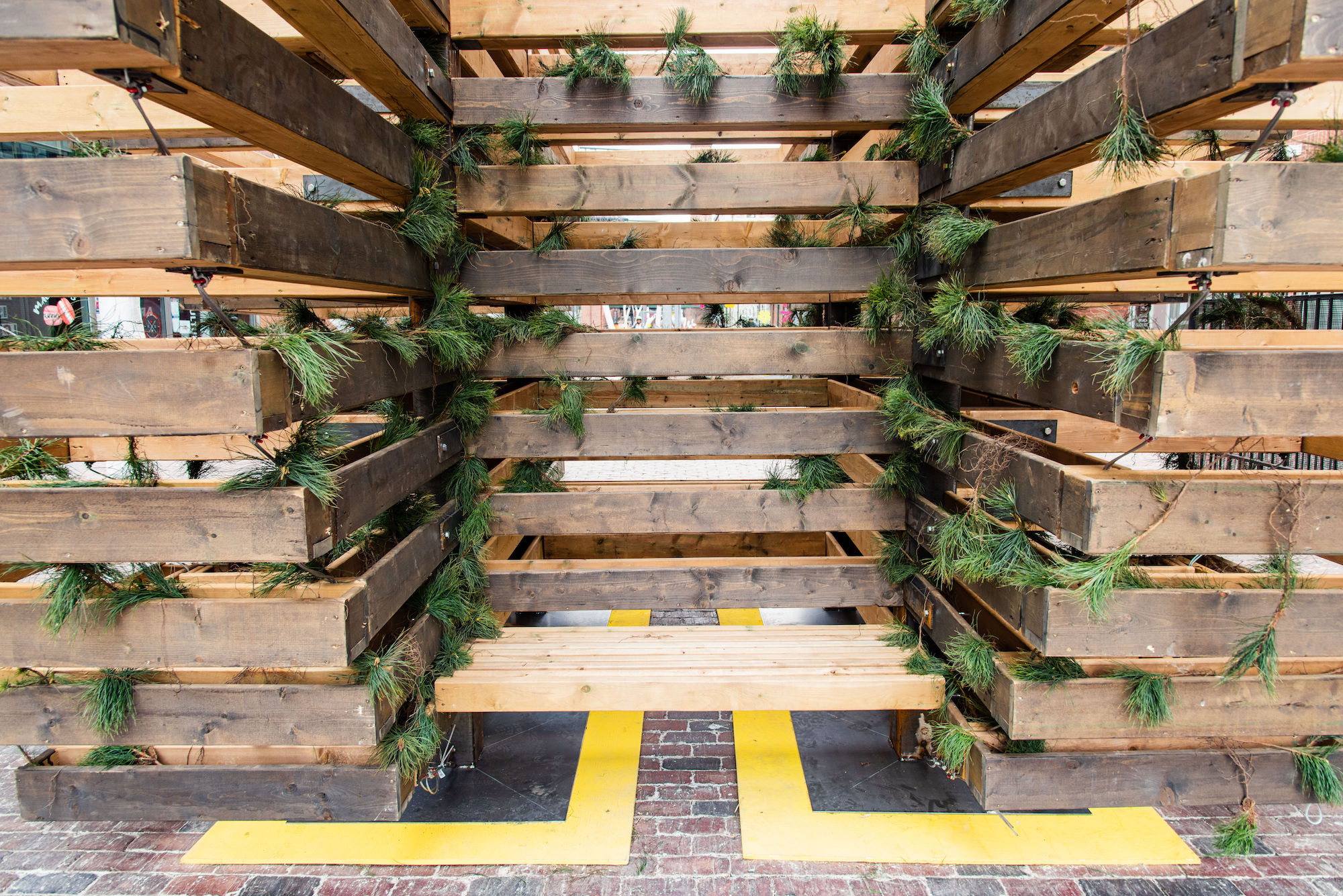 Created by the German design duo Heidundgriess, these colourful trapezoidal boxes, complete with benches, come in the same rainbow colours as the Apple spinning-wheel cursor. They’re meant to represent the act of waiting while keeping visitors conveniently distanced. The exhibit needed to rest on a flat surface instead of the Distillery’s cobblestoned streets, so it’s located in a parking lot a little further south on Parliament Street. 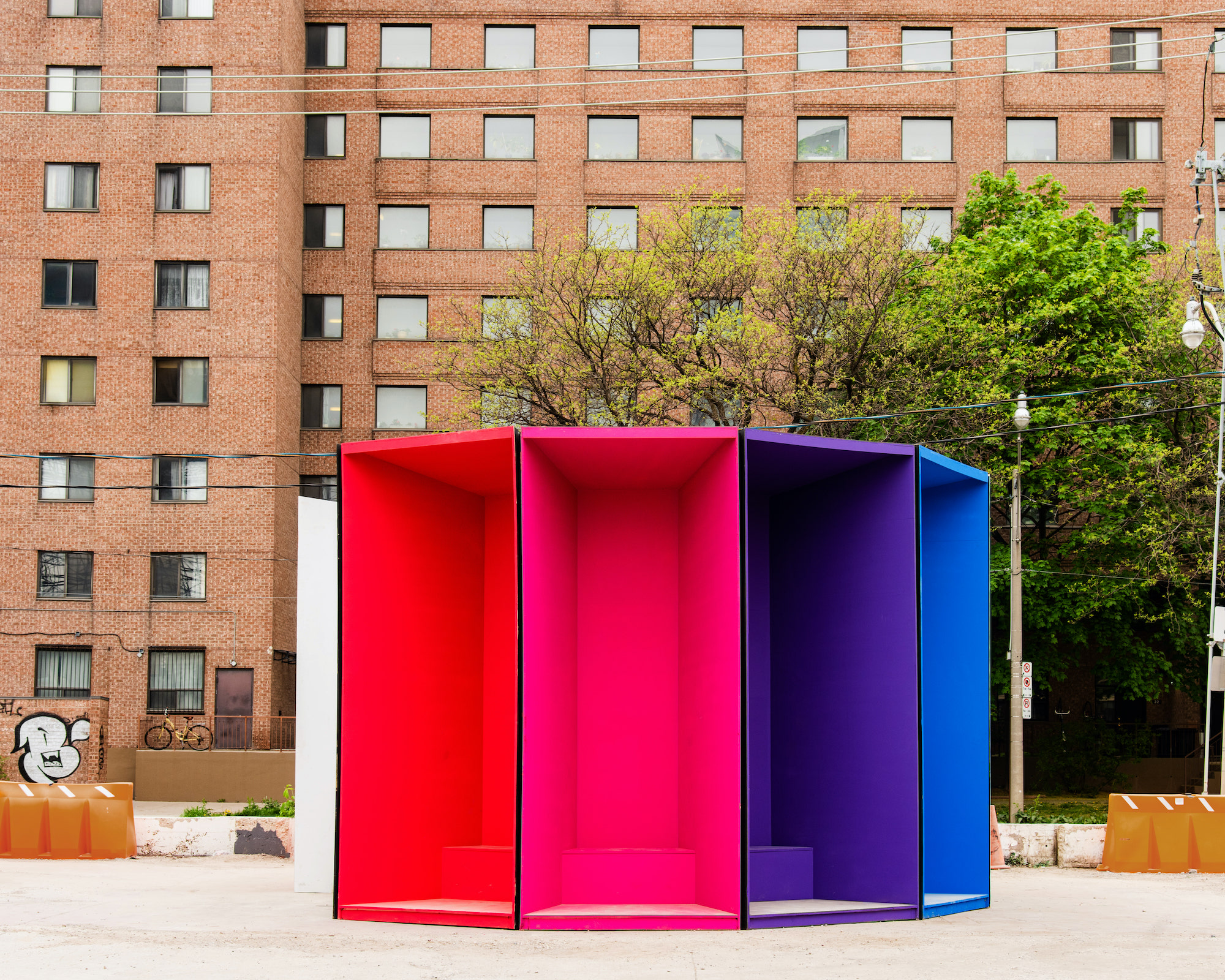 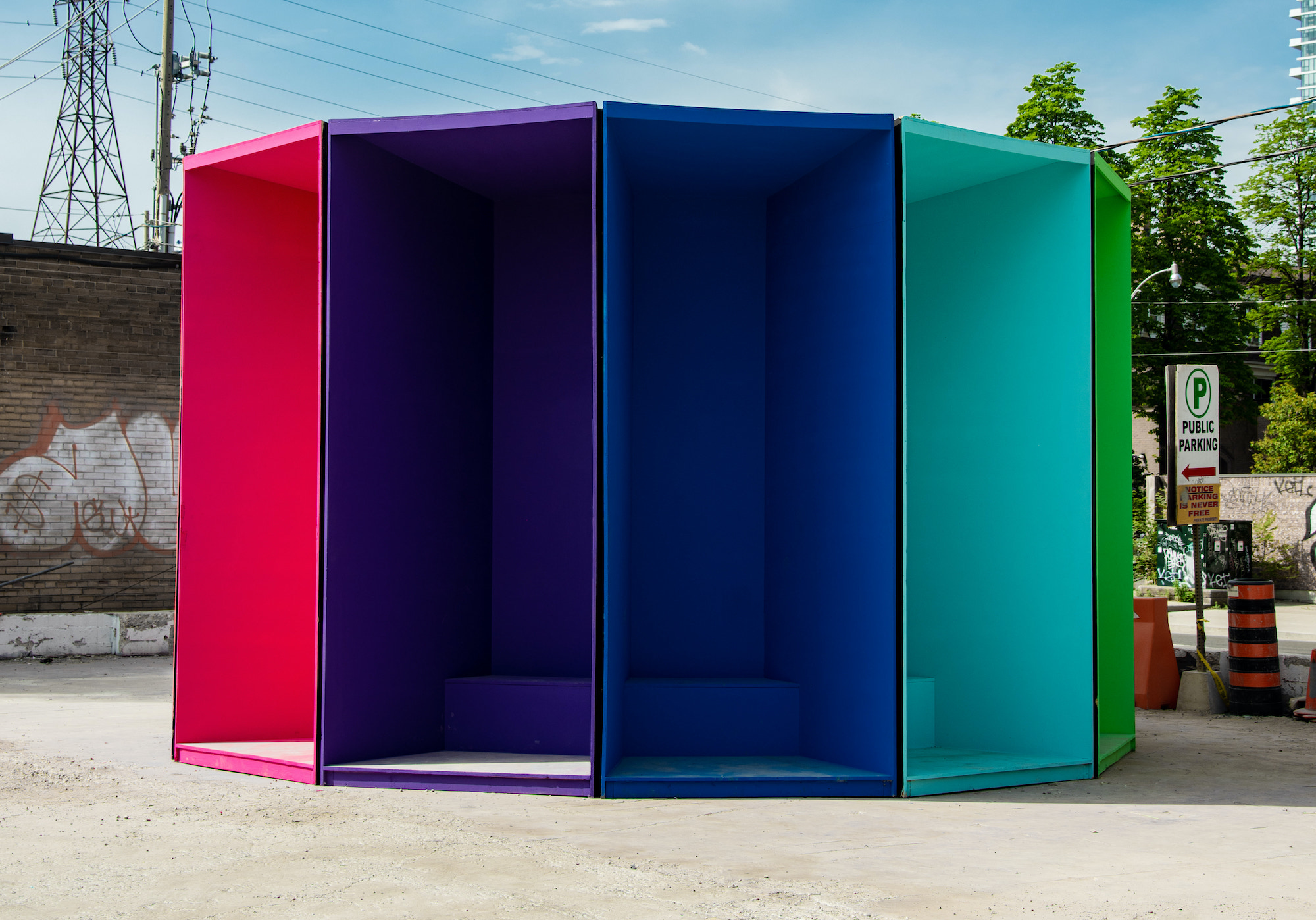 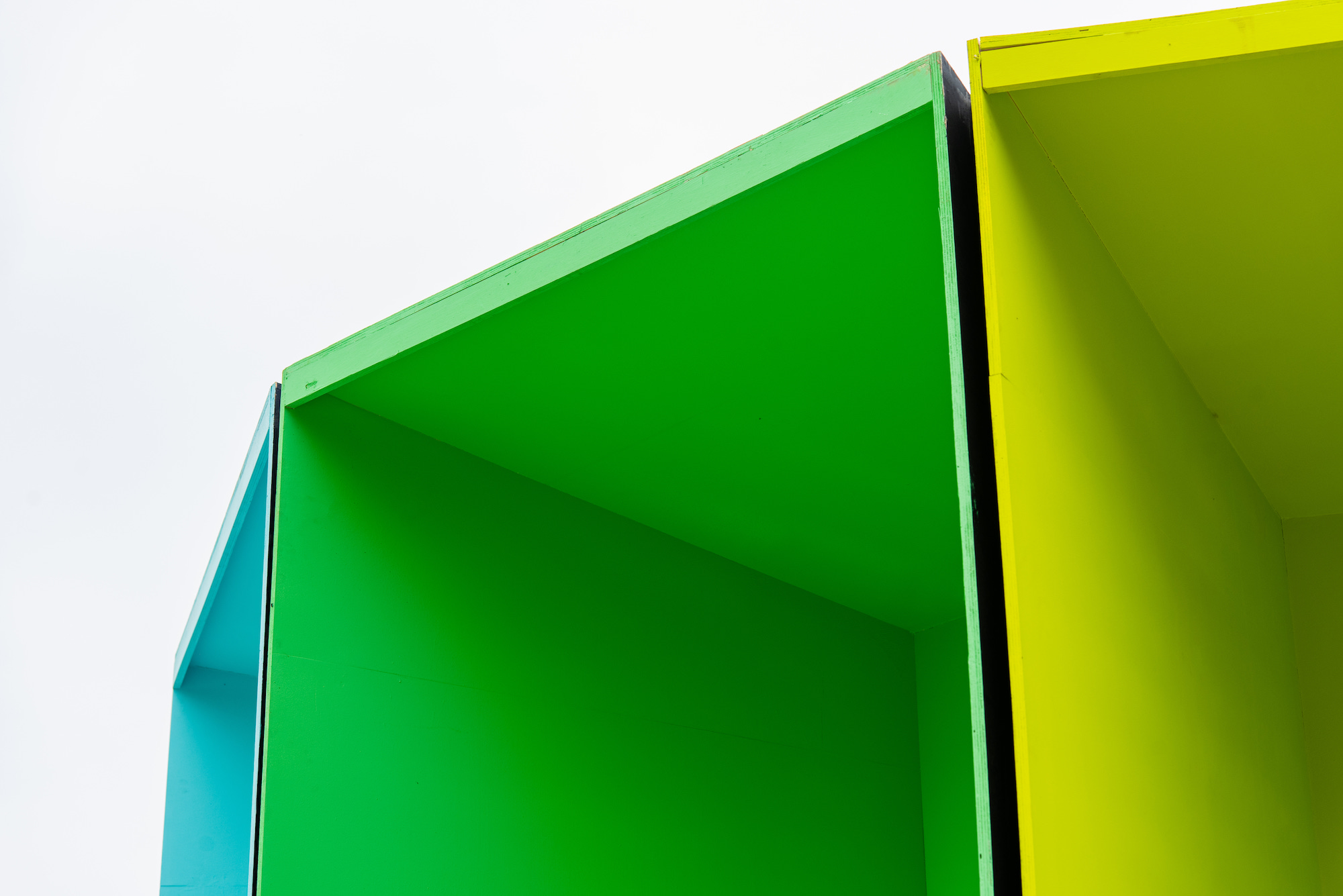