Amazon Prime’s The Boys, whose second season just concluded, offers an ultra-violent, darkly comic, Billy Joel-obsessed twist on the classic superhero narrative. In this alternate reality, superheroes are carefully controlled and marketed by the greedy Vought corporation and they’re not actually all the most super people when the cameras are off, blackmailing new recruits and murdering corporate enemies. Enter The Boys, a vigilante group whose goal is to expose and bring down the “Supes.” The series—which, like many other productions, is set in New York and shot in Toronto—already has the go-ahead for a third season, so you can expect to see them exploding heads on our streets again once Covid is over. For now, here’s a super-spoilery look back at every local filming location that shows up in the second season.

The second season opens with a funeral for an Invisible Man-style hero named Translucent. The service takes place in this LED-lined concert hall, which is actually the ultra-modern Diamond Schmitt–designed theatre at the Meridian Arts Centre (formerly known as the Toronto Centre for the Arts). 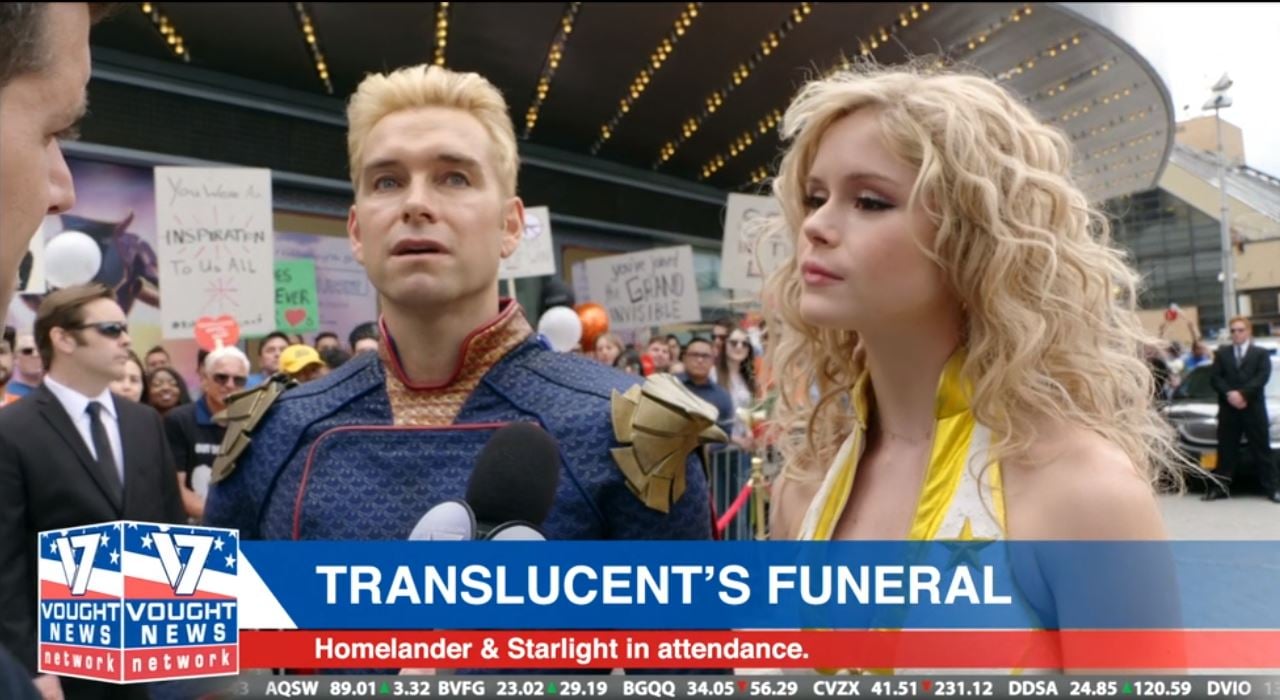 The centre’s exterior appears, with the North York Civic Centre visible in the background.

The first episode catches up with the other Supes, including The Deep—seen here up at Brampton’s Wet ‘n’ Wild waterpark—who’s miffed about being booted from The Seven, a group of elite Supes overseen by Vought.

After a run-in with police, he is released from the Junction’s former 11 Division, on Mavety Street, which has become a go-to old-school police station seen in films like the Oscar-winning Spotlight and the Rob Ford movie Run This Town.

The eponymous Boys spend much of the season hiding out in a store basement. When they come up for air, we see that the store is part of this strip on Weston Road, near Lawrence.

While on the run, The Boys also have lots of clandestine meetings. This one is outside the old Victory Soya Mills Silos, just south of the Distillery District. It’s emblazoned with a CGI ad for a Supes movie, one of the ways Vought controls the Supes and makes money off of them.

This scene, with the Gardiner Expressway visible in the background, is in the same Portlands neighbourhood by the lake.

Starlight—a member of The Seven played by Erin Moriarty—recruits some help at the film-friendly George Street Diner, basically appearing as itself.

The Lower Bay subway station has probably been dressed as nearly every subway station in Manhattan. Here it serves as the 57th Street stop for a meet-up between Hughie (Jack Quaid) and Starlight.

There must be something in the air, because the second episode features another North York funeral, this time a few blocks north at Willowdale Presbyterian Church.

The Boys’ Kimiko and her brother get in a tussle along the Esplanade, just south of St. Lawrence Market. The USA Today newspaper box might read “New York” but the garbage can definitely says, “yeah, but, actually Toronto.”

A big fight scene takes place on the roof of a Regent Park apartment building, with the financial district and CN Tower clearly visible in the background.

This remote-looking bridge is actually just a few blocks from the Brampton Wet ‘n’ Wild. It’s the Wiley Bridge, which crosses the Humber River in the Claireville Conservation Area.

One outdoor location that looks relatively New York City-ish is the corner of College and University, where Hughie and Starlight chat just outside the Queen’s Park subway station entrance.

Eventually Kimiko rounds a corner, finds herself on Bloor Street and enters St. Paul’s, where Frenchie confronts her.

In a self-destructive mood, the show’s anti-hero, Billy Butcher, picks a fight during a hardcore show at this dive bar, which is really the upstairs room at Sneaky Dee’s.

Episode 6 opens with Homelander and Stormfront having some kinky and extremely violent sex in an alley on Duncan Street, just across from Crocodile Rock. 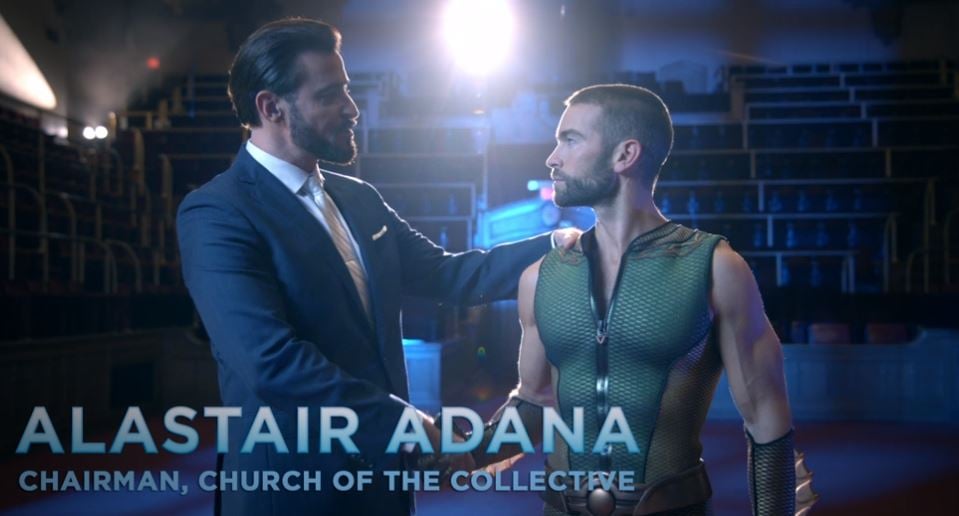 The Scottish Rite of Hamilton

The Deep finds a new life in the cult-like confines of the Church of the Collective. Both the exterior and interior of the church are really Hamilton’s Scottish Rite, which has been a major Hollywood North destination in recent years, appearing in such productions as The Handmaid’s Tale, Hannibal and Crimson Peak. Its Round Room, wood-lined mansion halls and Masonic Cathedral all make appearances.

Just as it did in The Expanse and The Strain, here Roy Thomson Hall serves as the base for a CGI-enhanced tower that’s home to an evil corporation.

Several rallies and crowd scenes take place in the adjacent David Pecaut Square, set against the backdrop of Roy Thomson and Metro halls.

This balcony, where Butcher has a heart-to-heart with his father, is at the Town Inn Suites, at the corner of Church and Charles Streets. You can tell by the nice view of the Rogers headquarters on Jarvis Street.

Here Hughie ducks into an alley on Emily Street, just off King Street West. New York City hasn’t had streetcars in ages, but here we have the TTC streetcar, rendered in black and white, passing in the background.

The fictional Jitter Bean café doesn’t exist in Toronto or New York, so this faux location was built in the Grinder Coffee location on Gerrard (there’s even a glimpse of the Gerrard Square Home Depot sign out the window).

Grace Mallory, the former CIA deputy director who helps Butcher and The Boys, has an awfully nice house: it’s the Fallsview residence up on the Bruce Trail, in between Tews Falls and Webster Falls.

Way across the GTA, the illustrious mansion of Vought scientist Jonah Vogelbaum is recognizable as Oshawa’s Parkwood Estate. Originally built for former GM head R.S. McLauglin, it has been the cinematic home of film characters including the X-Men and Billy Madison.

This hearing room isn’t a real location, but in fact a repurposed version of the courtroom set that was built for Suits.

Giancarlo Esposito seems to play quietly evil villains in everything from Better Call Saul to The Mandalorian these days, so it’s fitting he was cast as the Vought Corporation’s CEO. Here he is taking a phone call outside the Chase on Temperance Street.

He later meets with Butcher inside the same restaurant’s upstairs dining room.