An uncharted Atwood sequel
1The Handmaid’s Tale has so far won eight Emmys, a couple of Golden Globes and the alarmed admiration of a Trump-fearing, #MeToo-tweeting generation. The showrunners wisely sought Atwood’s input to write Season 2, which begins where the novel ended: with Offred stepping into a black van, on her way to freedom—or the authorities. Either way, we expect more brilliant performances from Elisabeth Moss and co., and a new batch of Toronto cameos: the handmaids were spotted marching two by two around Artscape Wychwood Barns in January. Sunday, April 29. Bravo.

The hottest Hot Docs
2Some highlights of Hot Docs’ 25th-anniversary edition: Anote’s Ark (pictured), the story of the Pacific Island of Kiribati, which will be swallowed by rising oceans in the next 50 years; Oslo Diaries, a look at a covert 1992 summit in Norway that attempted to broker peace between Israel and Palestine; and Love, Gilda, a documentary about the late Toronto comedian Gilda Radner, who rose from the Second City to international fame. Thursday, April 26 to Sunday, May 6. From $17. Hot Docs Ted Rogers Cinema.

A wild and crazy night
3Steve Martin has jumped from starring roles to stand-up comedy specials to writing plays about Picasso to, more recently, curating a Lawren Harris show at the AGO. The polymathic funnyman will share stories from his 40-year career—including SNL, The Jerk and a side gig as a banjo player—in an onstage discussion with super-Canadian satirist Rick Mercer, followed by a signing where you can finally ask Martin to autograph your old LP of Let’s Get Small. Monday, April 23. $69.50–$214.50. Roy Thomson Hall. 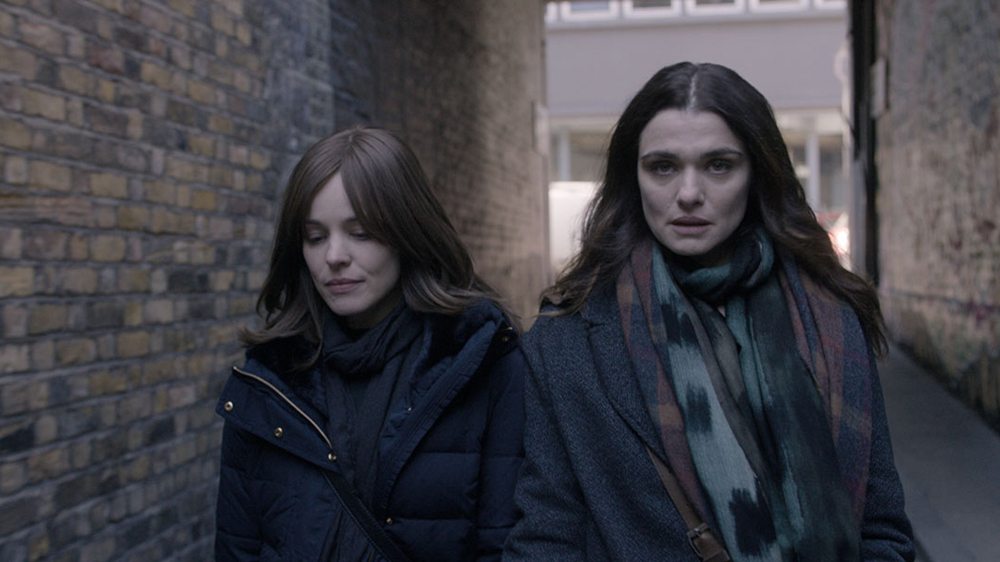 The apostate’s tale
5Rachel McAdams—pride of London, Ontario—stars alongside Rachel Weisz in Disobedience, a brilliant adaptation of Naomi Alderman’s acclaimed novel that premiered to rapturous reviews at TIFF in 2017. Weisz plays a secular New York photographer who flies to London after her rabbi father’s death. Back home, she reunites with the all-grown-up girl she once loved (McAdams), only to find her once-rebellious companion is now a conservative schoolteacher, herself married to a rabbi. McAdams delivers a moving performance as a woman caught between passion and piety. Friday, April 27.

A new neck of the Woods
6Donovan Woods is an all-Canadian troubadour, the type of bearded, flannel-wrapped guitar-slinger who recites raspy folk tunes about Grey Cup rings and the death of manufacturing in small Ontario towns. At Massey Hall, he’ll debut his fifth full-length album, Both Ways, which injects his rugged northern numbers with poppy Nashville flair. Its first single, “Burn That Bridge,” is one of Woods’s richest tunes yet, tapping distorted guitars and lush synths for a Springsteenian anthem about falling in love with a friend. Wednesday, April 25. $39.50. Danforth Music Hall.

Greek mythology by way of burlesque
7Gluck’s treatment of the myth of Orpheus and Eurydice avoided the absurd plots and overly ornamented vocal lines typical of the baroque period. This new take, co-produced by Against the Grain Theatre, takes another radically reforming step, abandoning Orphée’s reverential mise-en-scène for digital projections, electro-acoustic soundscapes, a virtual chorus and a burlesque troupe, including aerialist and soprano Marcy Richardson in the role of Amour. Though the story is well known—Orphée (Siman Chung) tries to bring his wife, Eurydice (Mireille Asselin), back from the dead—it’s the most adventurous musical event of the month. Thursday, April 26 to Saturday, April 28. $42–$110. Fleck Dance Theatre.

A sci-fi thriller à la Black Mirror
8In the near future, a Google-esque tech behemoth unveils Port, a device powered by sheer nostalgia and longing that lets users relive their past and see years ahead. The gadget is a hit—until people start getting lost in their journeys through time and space. As the population begins to plummet and electrical grids shut down, a young artist and a disillusioned Port employee team up to find their lost loved ones. Author Liz Harmer takes cues from Margaret Atwood and Cormac McCarthy in The Amateurs, her sharp debut, a cautionary tale of tech gone astray. Tuesday, April 24. Knopf Canada.