A look inside the Distillery District’s kaleidoscopic light festival

A look inside the Distillery District’s kaleidoscopic light festival

The Toronto Light Festival has once again transformed the Distillery District into a maze of sparkly, twinkling, illuminated installations created by artists from around the world. Here’s a closer look at some of our favourite installations: 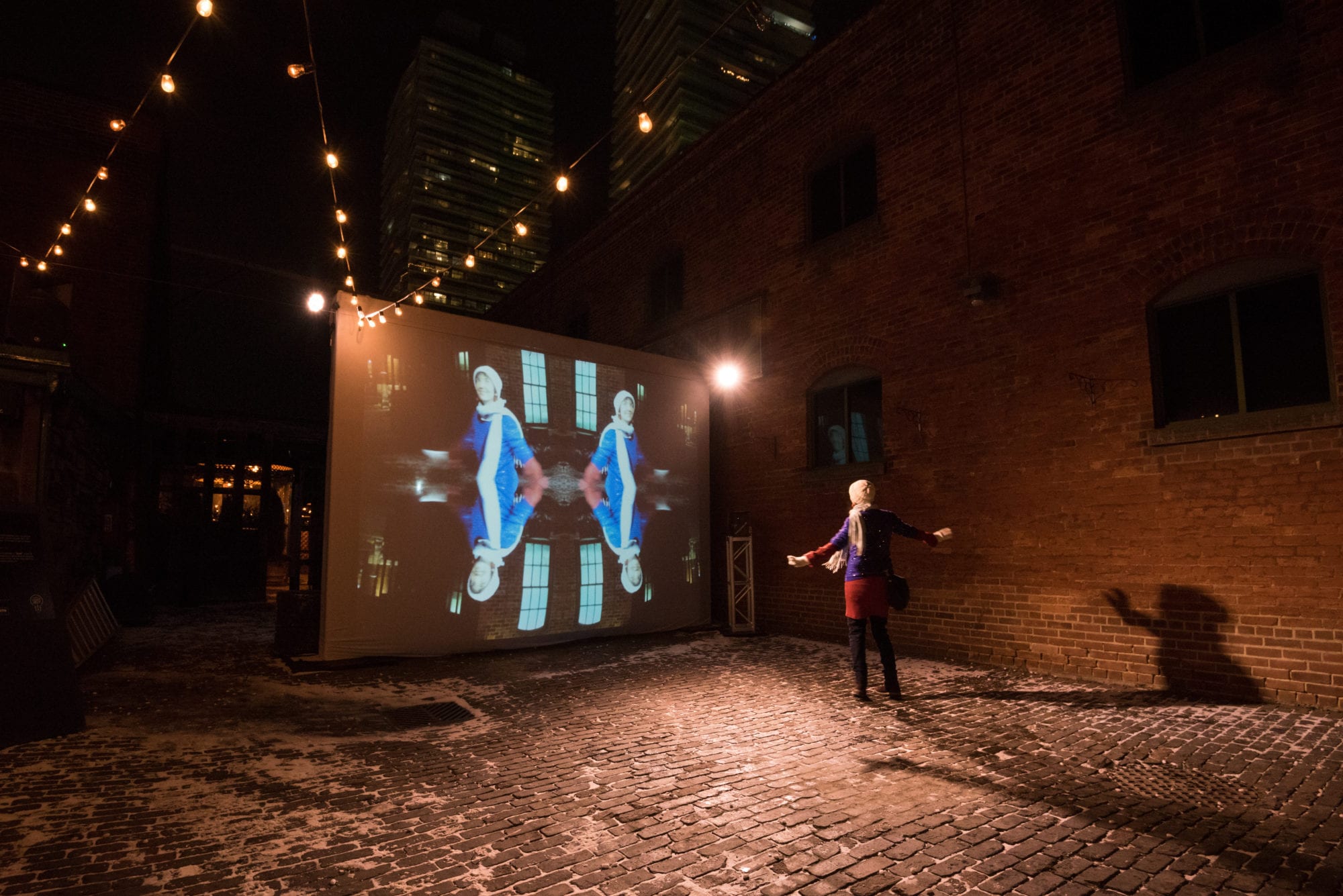 German artist (and former VJ) Elke Radtke specializes in analog video art. In this piece, she created kaleidoscopic, mirror-like images of herself performing some sweet dance moves. (Viewers are encouraged to join in). 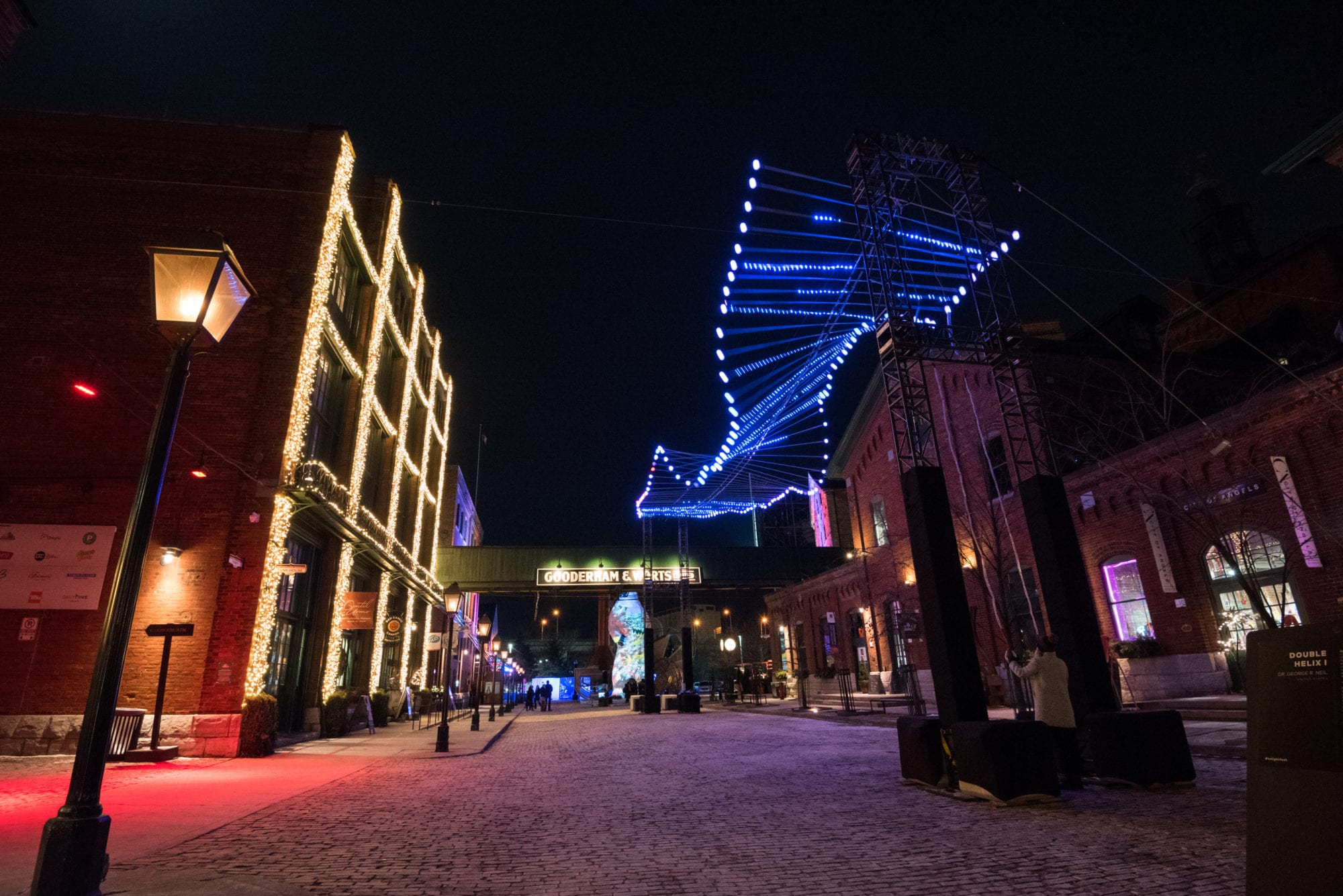 The “Double Helix 1” was created by George R. Neil, a former particle accelerator and laser scientist for the U.S. Department of Energy. (Burning Man attendees may recognize it from the 2018 festival.) It’s made up of 75 suspended LED-illuminated rods that resemble ribs. Visitors can pull on levers to make the lights flicker in a wave-like ripple. 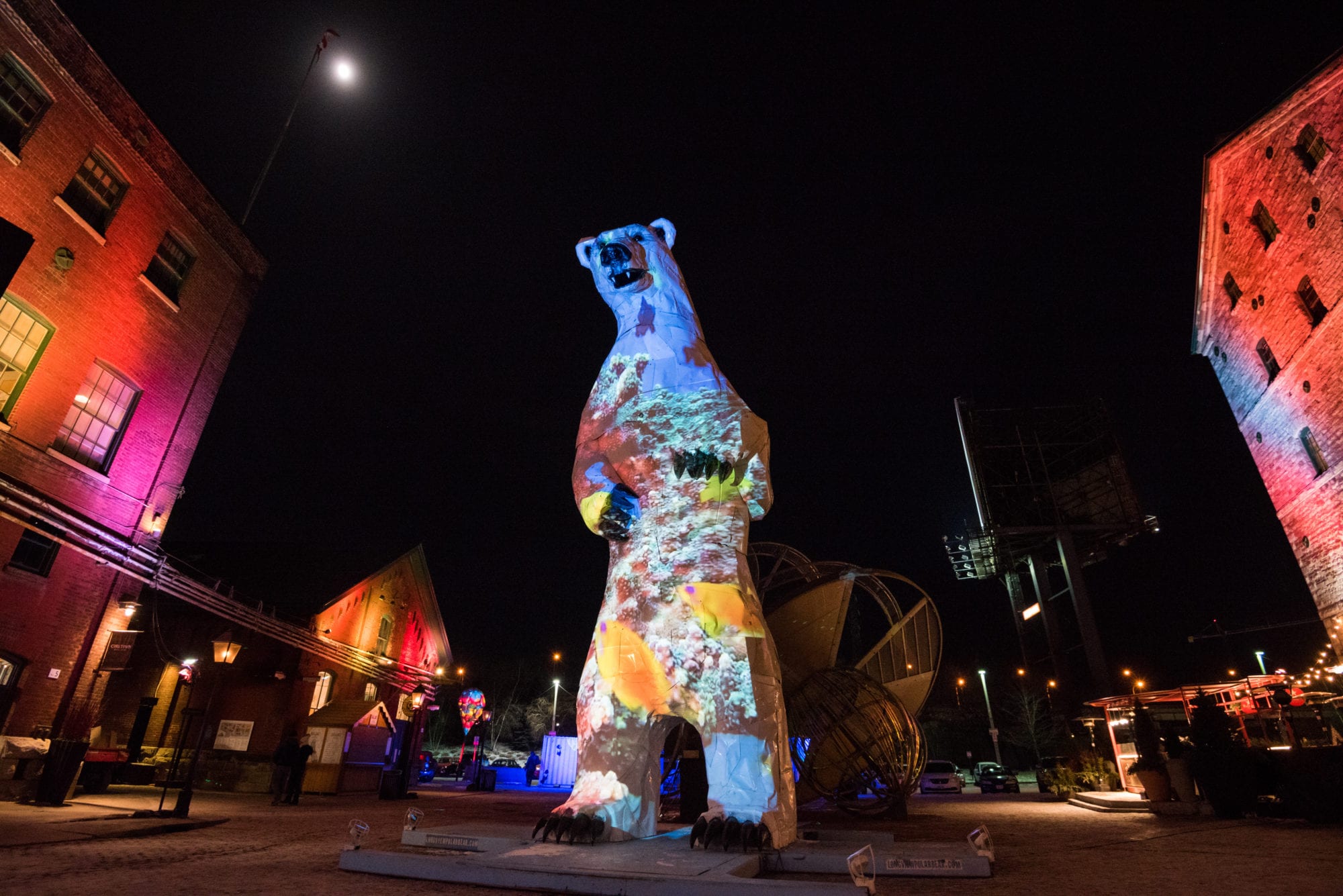 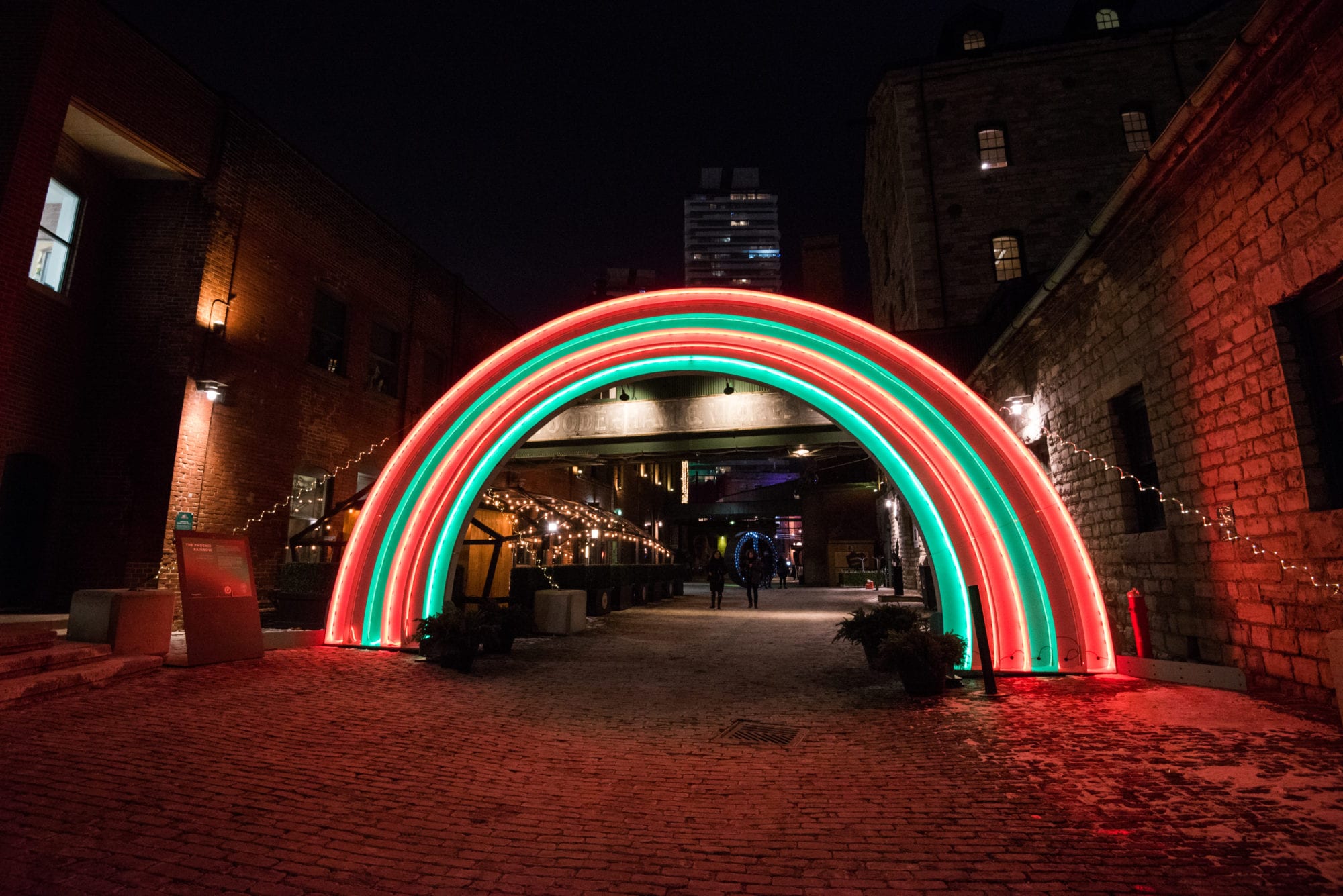 A group of artists, engineers and programmers from Victoria, B.C., collaborated on this “Phoenix Rainbow,” which was inspired by a prototype for their theatre production of The Wizard of Oz. 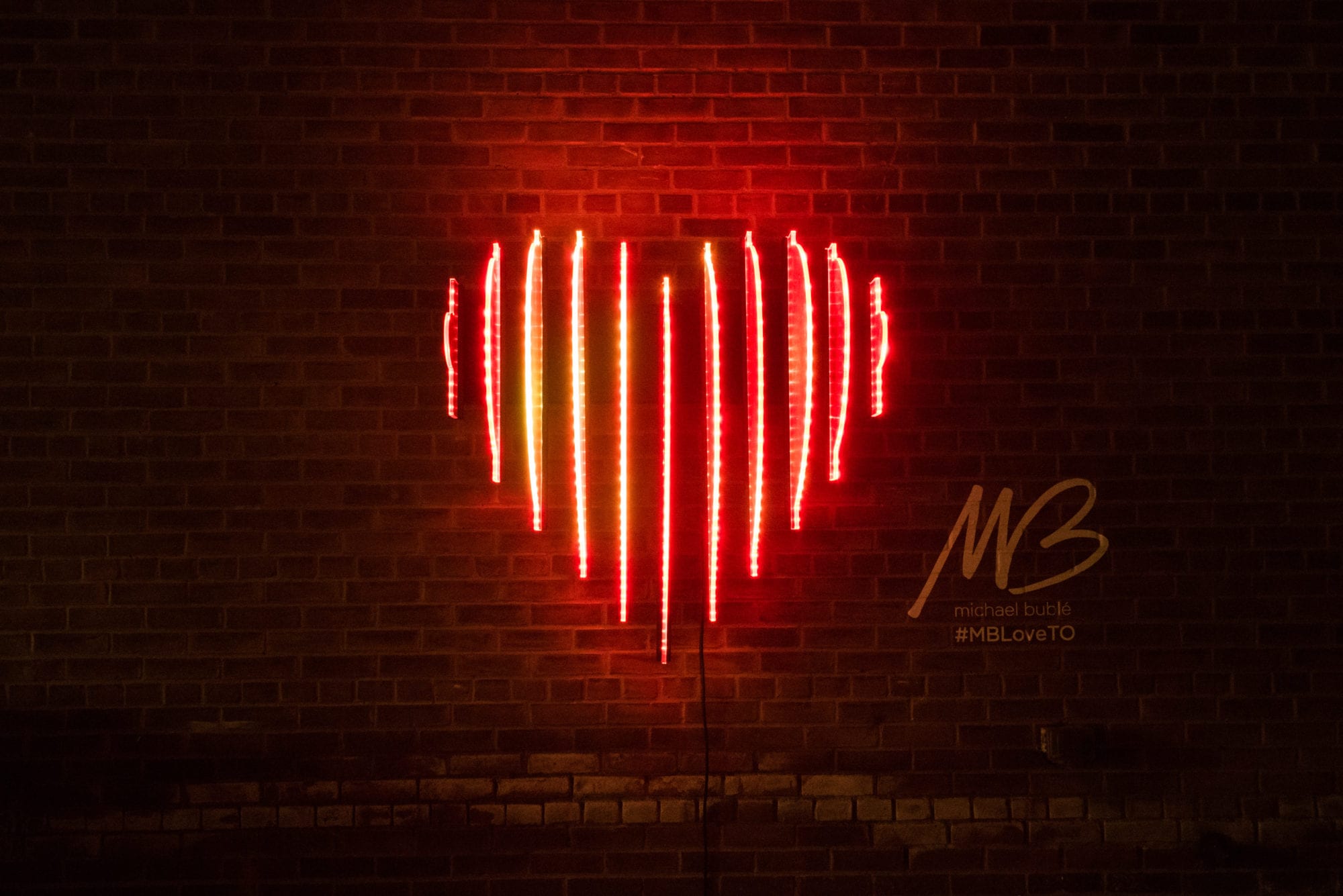 Toronto-based artist Craig Small’s glowing heart was inspired by Michael Bublé’s latest album, Love. The kinetic installation is made up of hundreds of LED lights, which flash and morph into a rainbow’s worth of colours. 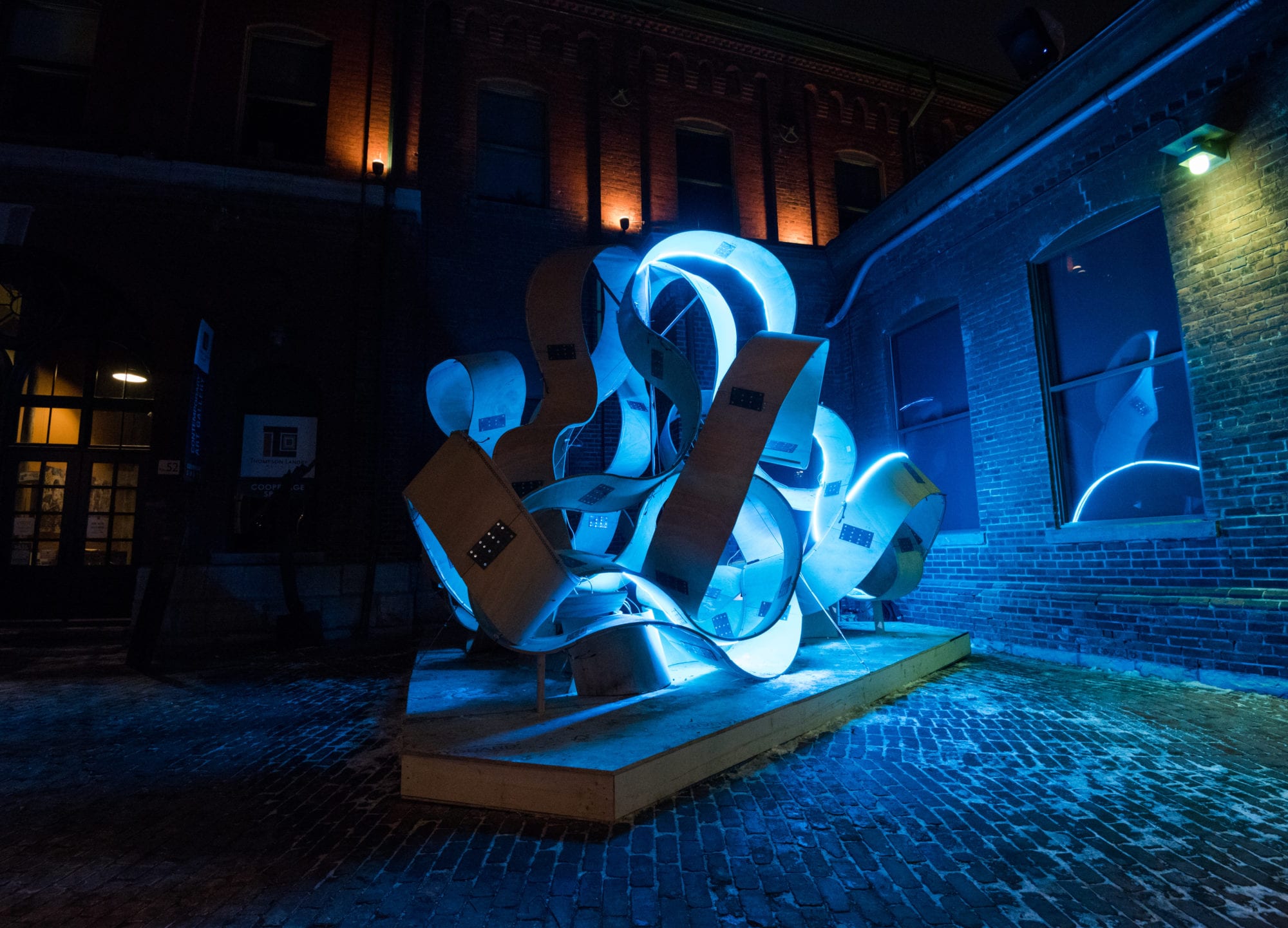 This sculpture, created by Russian artist Sofya Batsova, is made entirely out of bent wood. The geometry for the piece was generated using fractal math properties, parametric design tools and a computer error code (hence its title, “Error 101”). It was also at last year’s Burning Man. 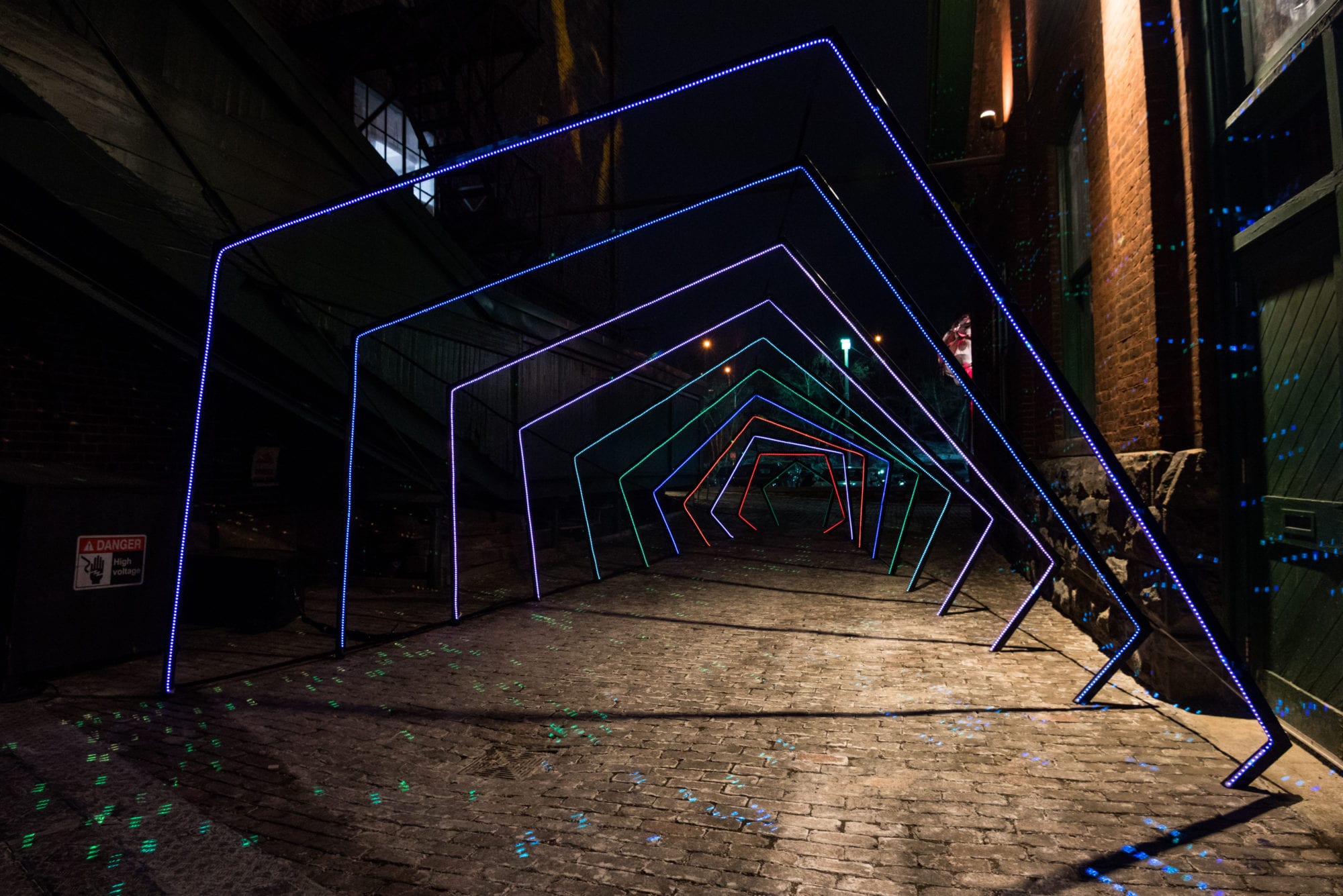 This geometric installation, called “Penta-Or” (for “Five Lights”), consists of of 11 metal arches and 75 metres of LED lights. It was dreamed up by a festival-going trio of friends—a computer scientist, a locksmith and an engineer—and is meant to glimpse toward a (literally) brighter future. 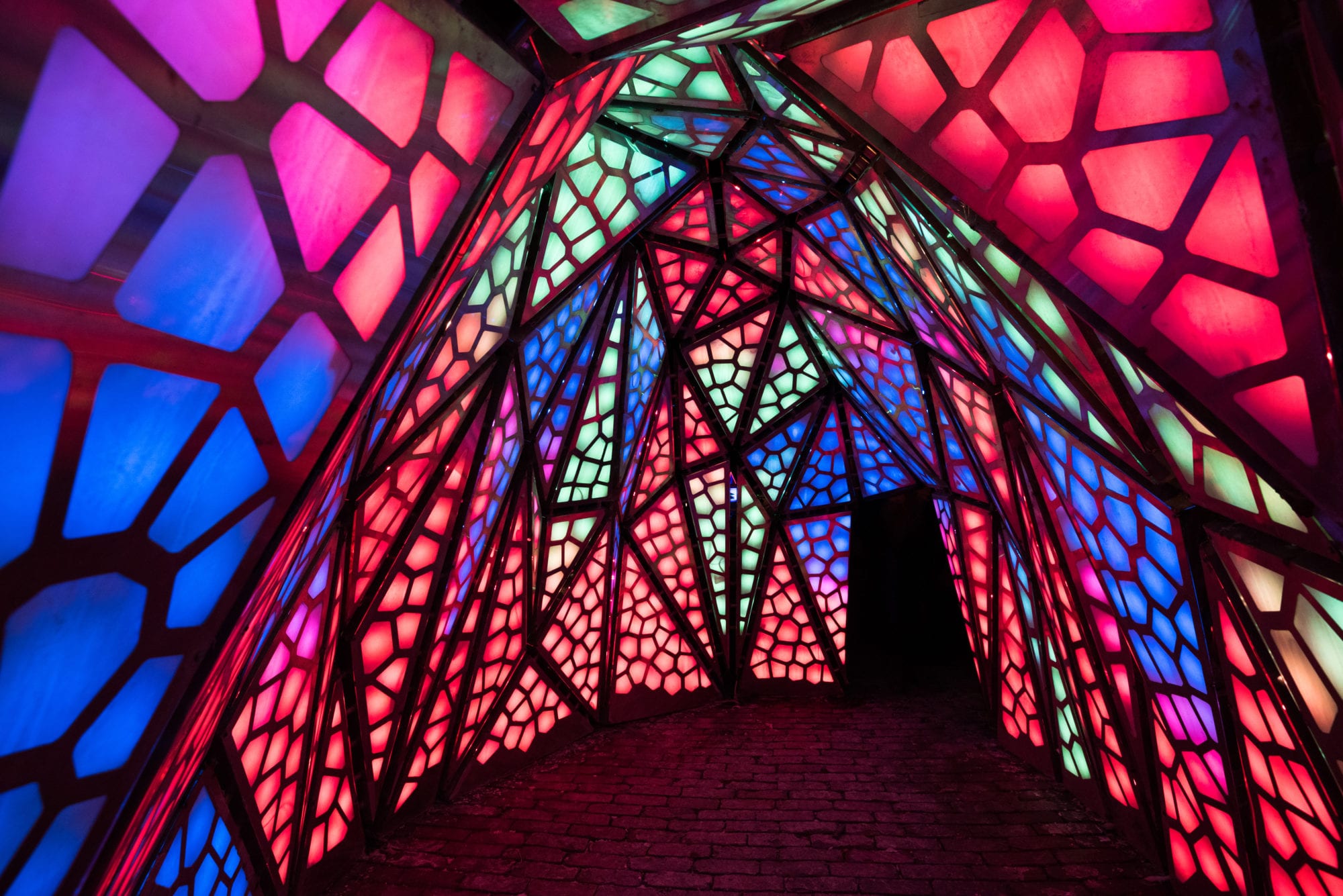 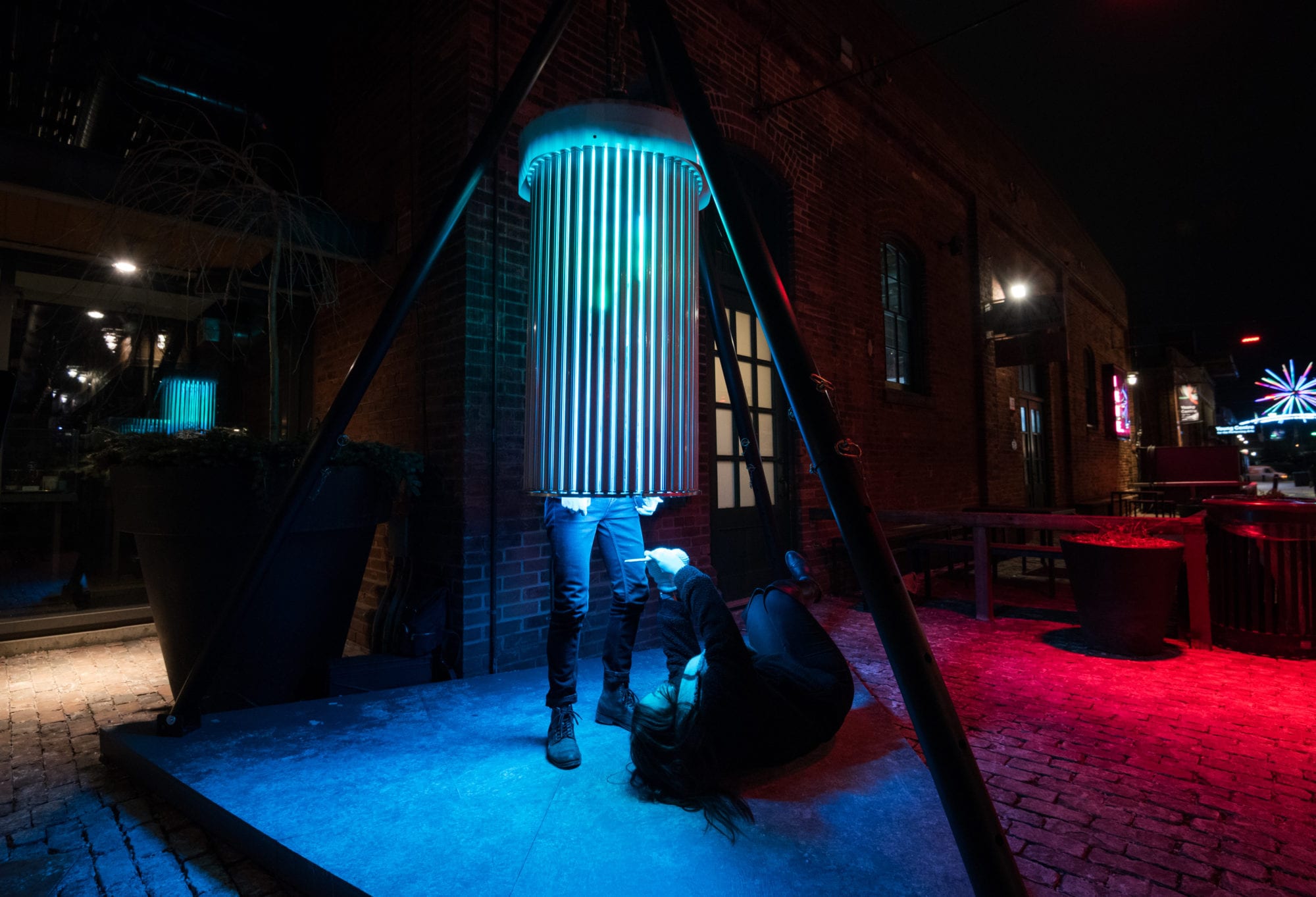 San Francisco engineer Crispell Wagner makes interactive artwork that’s been featured at major festivals across the U.S. (including, of course, Burning Man) This rotating cylinder is lined with moving LED lights. Standing inside is like being in a spinning vortex, and the flashing patterns are designed to stimulate the optic nerve. 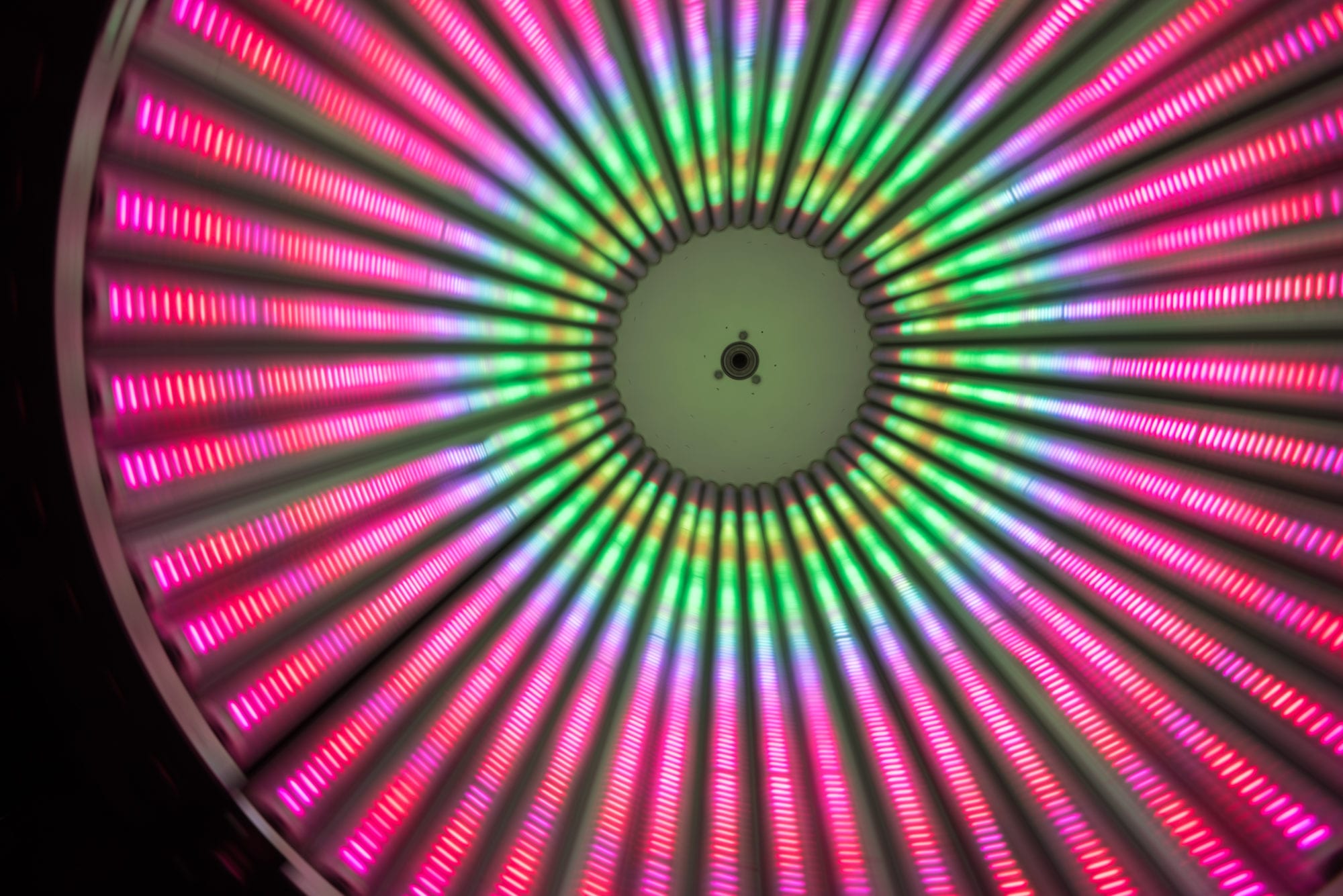