Yannick Anton fell in love with photography at age 20, when he first started shooting his musician friends’ shows. Now 31, he’s shifted his focus to capturing the experiences of people of colour. ”Historically, they were seen through a fetishized or scientific lens, rather than through their beauty and status,” he says.

In his Contact exhibit Limited Edition, Anton wants to upend ingrained notions of the traditional family portrait. “One of my favourite things to do as a kid was look at my parents’ old photo albums. But I don’t have portraits of my ancestors,” he says. “A lot of affluent families can have portraits of their grandfathers going back generations, even oil paintings of them. This project started as a response to the lack of people of colour that I was seeing in traditional portrait settings.”

For the past year, he’s photographed families—most of them people of colour like himself who, historically, haven’t had the means or opportunities to pose for portraits. Anton and his wife, Isa Benn (curator of the exhibit), rallied friends, family and other Torontonians through Instagram and posters they put up throughout the city to promote the project. He plans to photograph his subjects every year going forward to chart their growing and changing families.

Limited Edition runs until June 2 on the second floor of The Gladstone Hotel. Here, Anton discusses some of the highlights of the show. 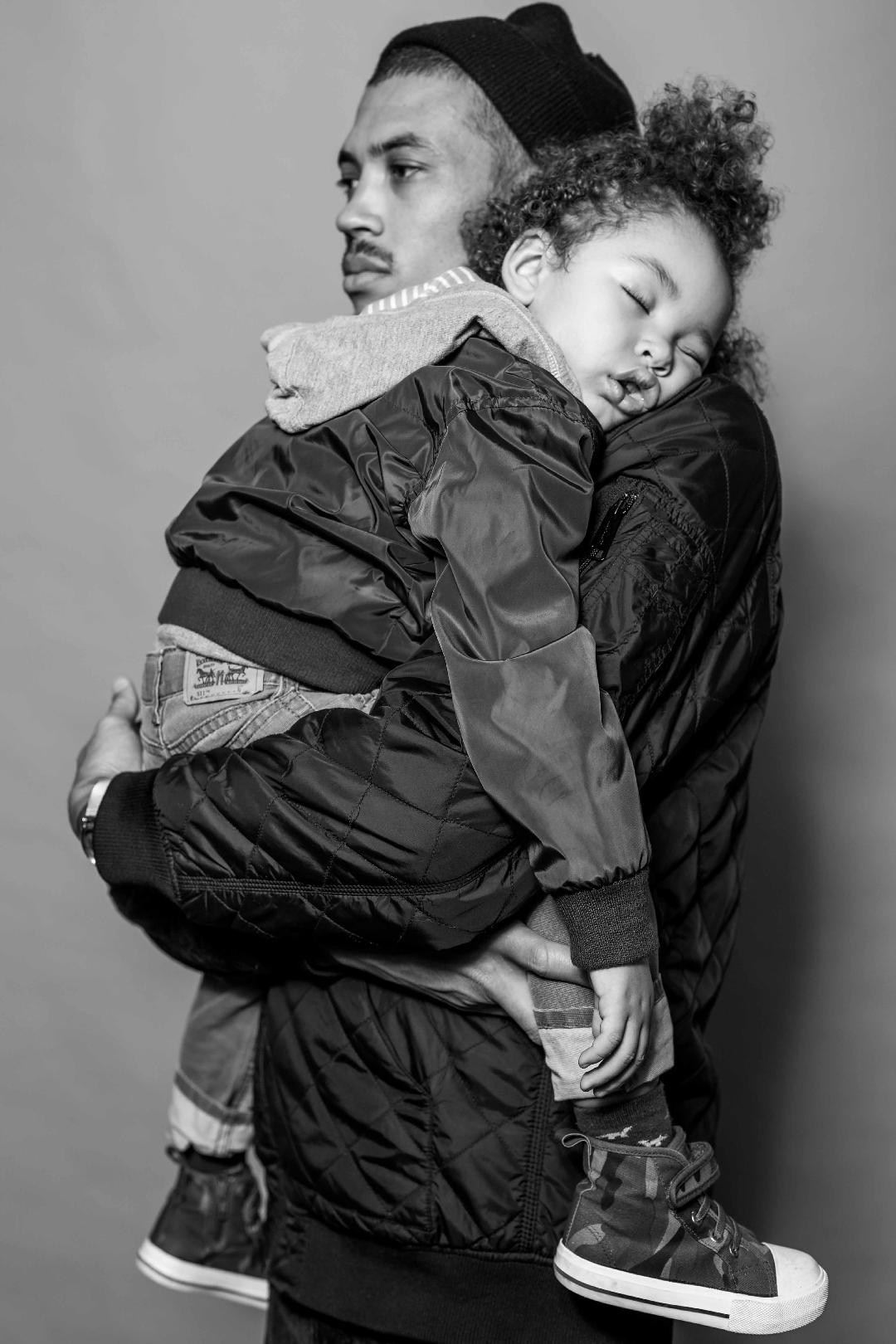 “This was the first family shoot of the series,” says Anton. “The boy’s parents apologized that he was sleeping, but it was a sweet moment I had to capture. It brought back memories of sleeping on my dad’s shoulder or even pretending to sleep so I could be held.” 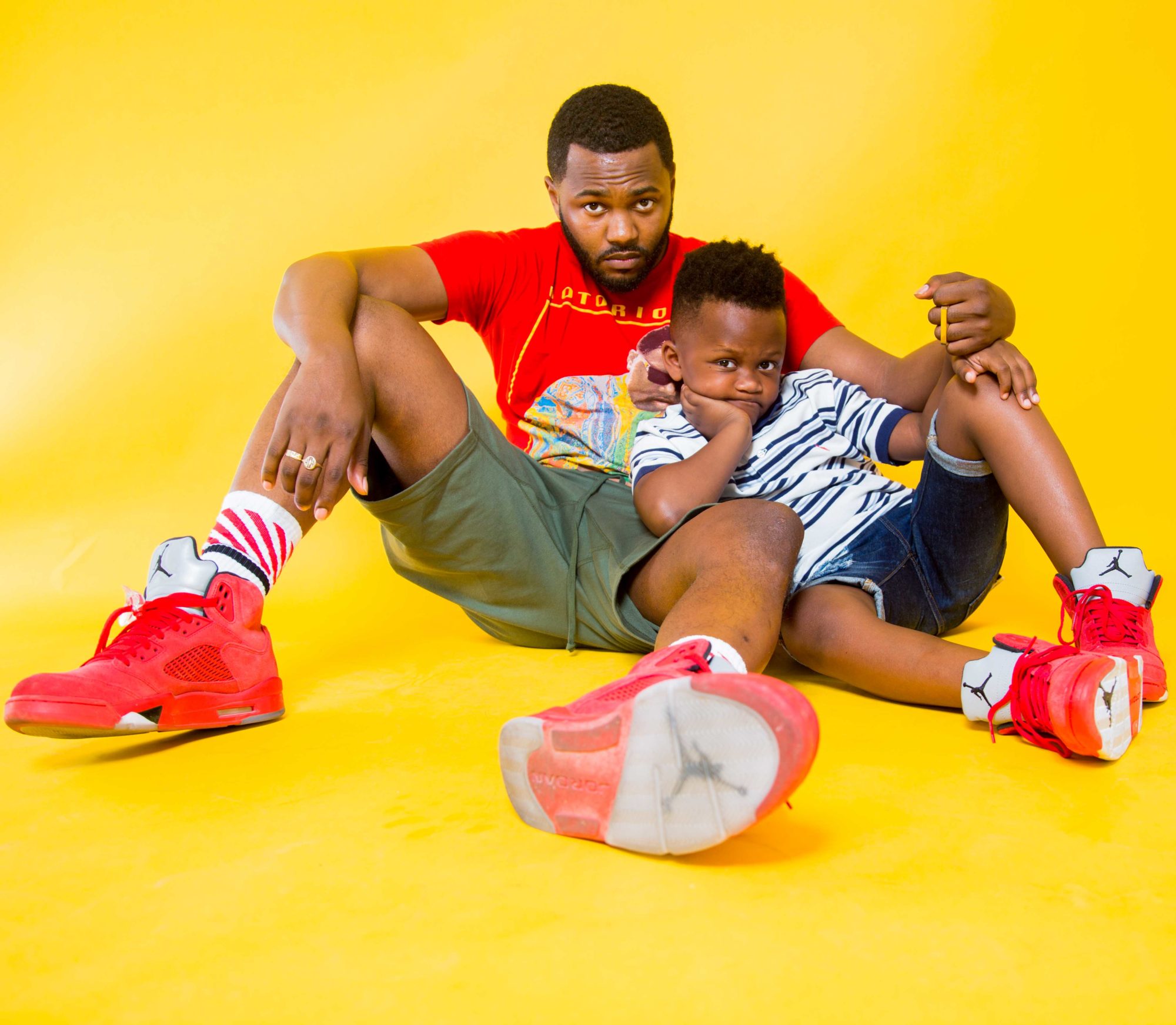 Anton’s friend Shamari and his son came straight from the barbershop decked out in matching Air Jordans. Anton used a yellow backdrop instead of the traditional white to give the families some colour therapy. “I also wanted to stay away from the classic family-portrait poses to show their personalities much as I could,” he says. 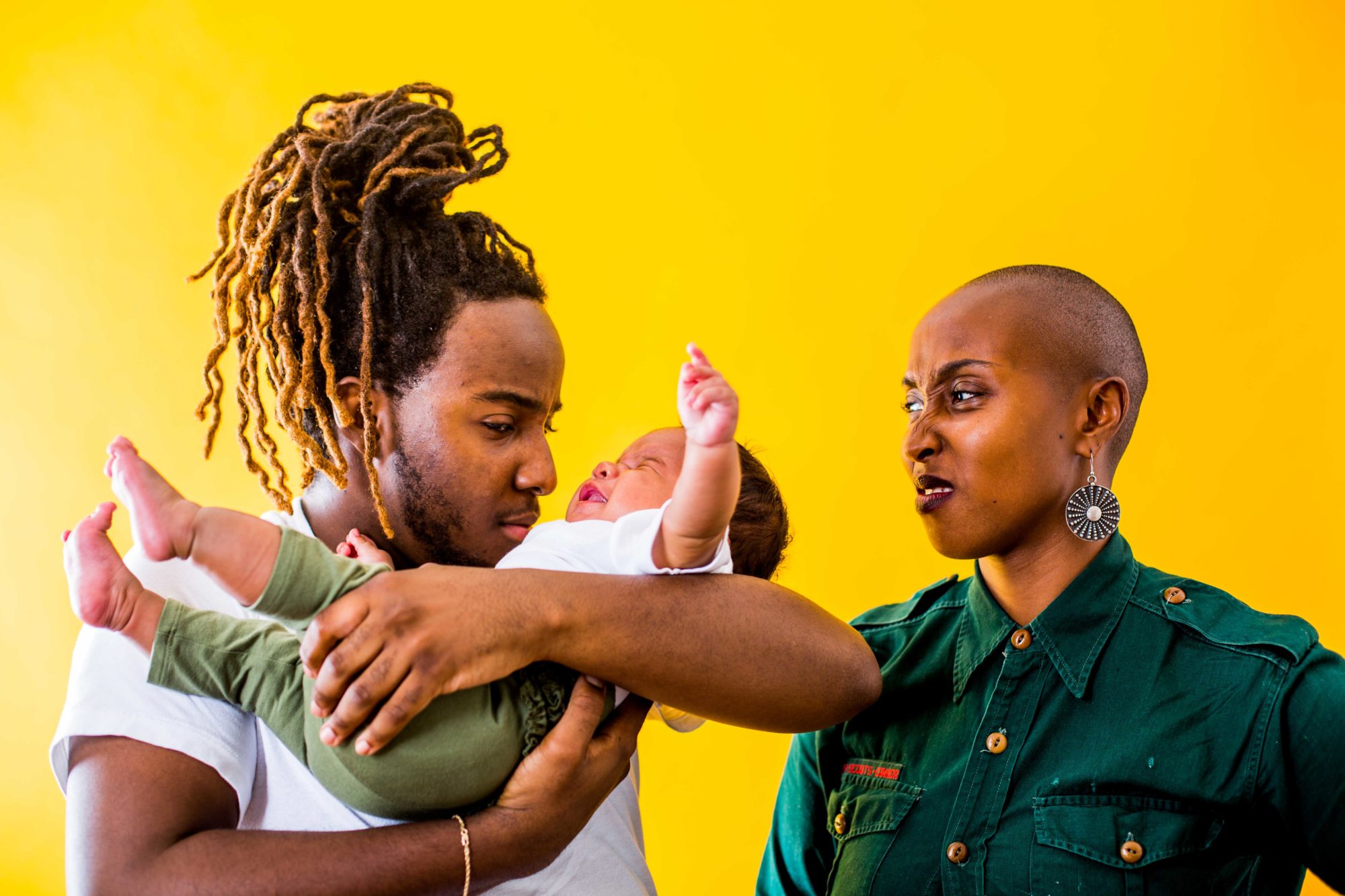 Anton’s wife, Isa Benn, joined her brother Jwoel and his infant daughter during the first series of shoots. “She started crying all of a sudden and Jwoel took a long smell and asked, ‘Did you poop? My wife said, ‘Yes, she definitely did.’” 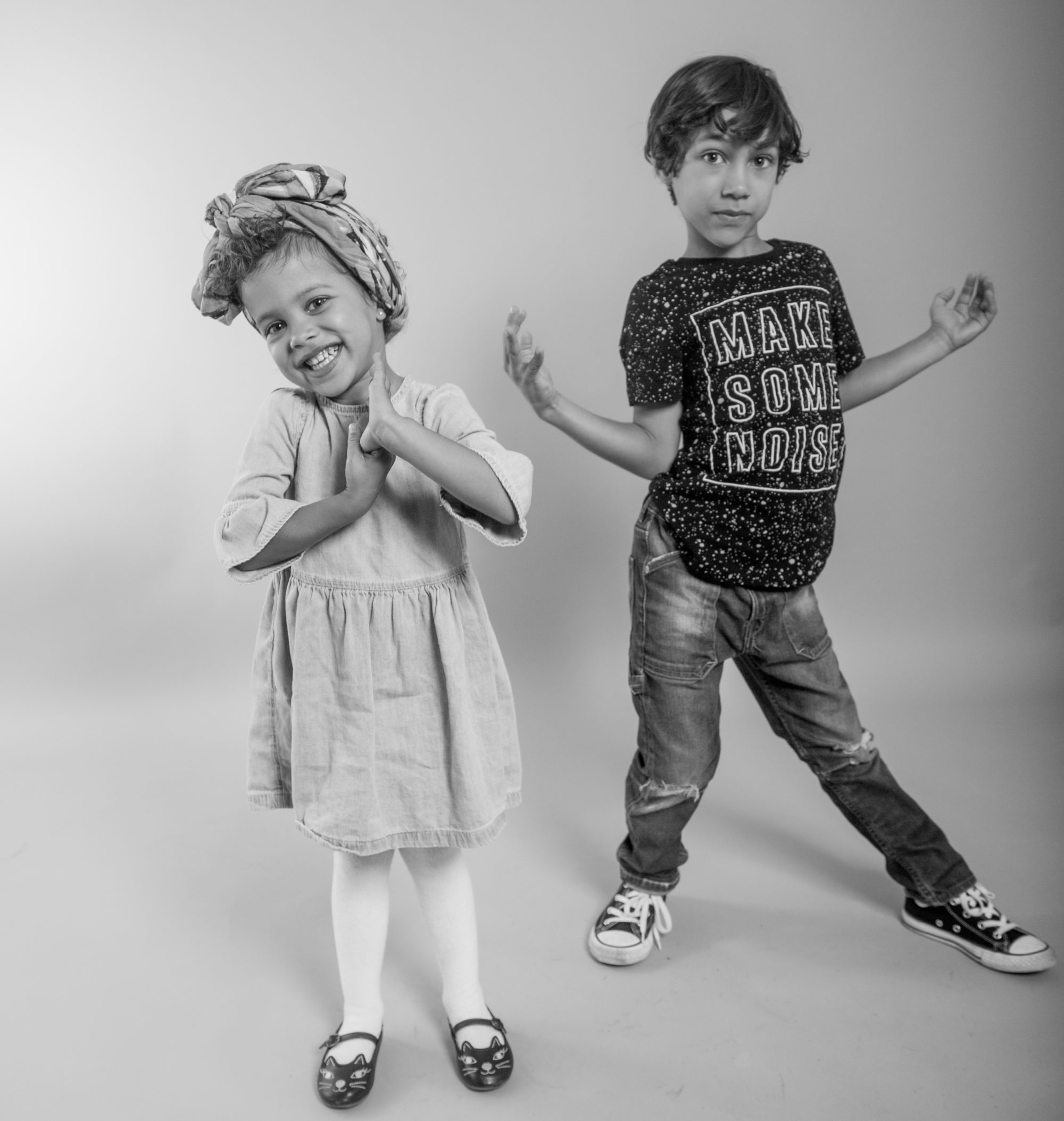 This brother and sister are the kids of someone who works above Anton’s studio. “I used black-and-white for most of the pictures because it’s more classic and timeless than colour,” he says. 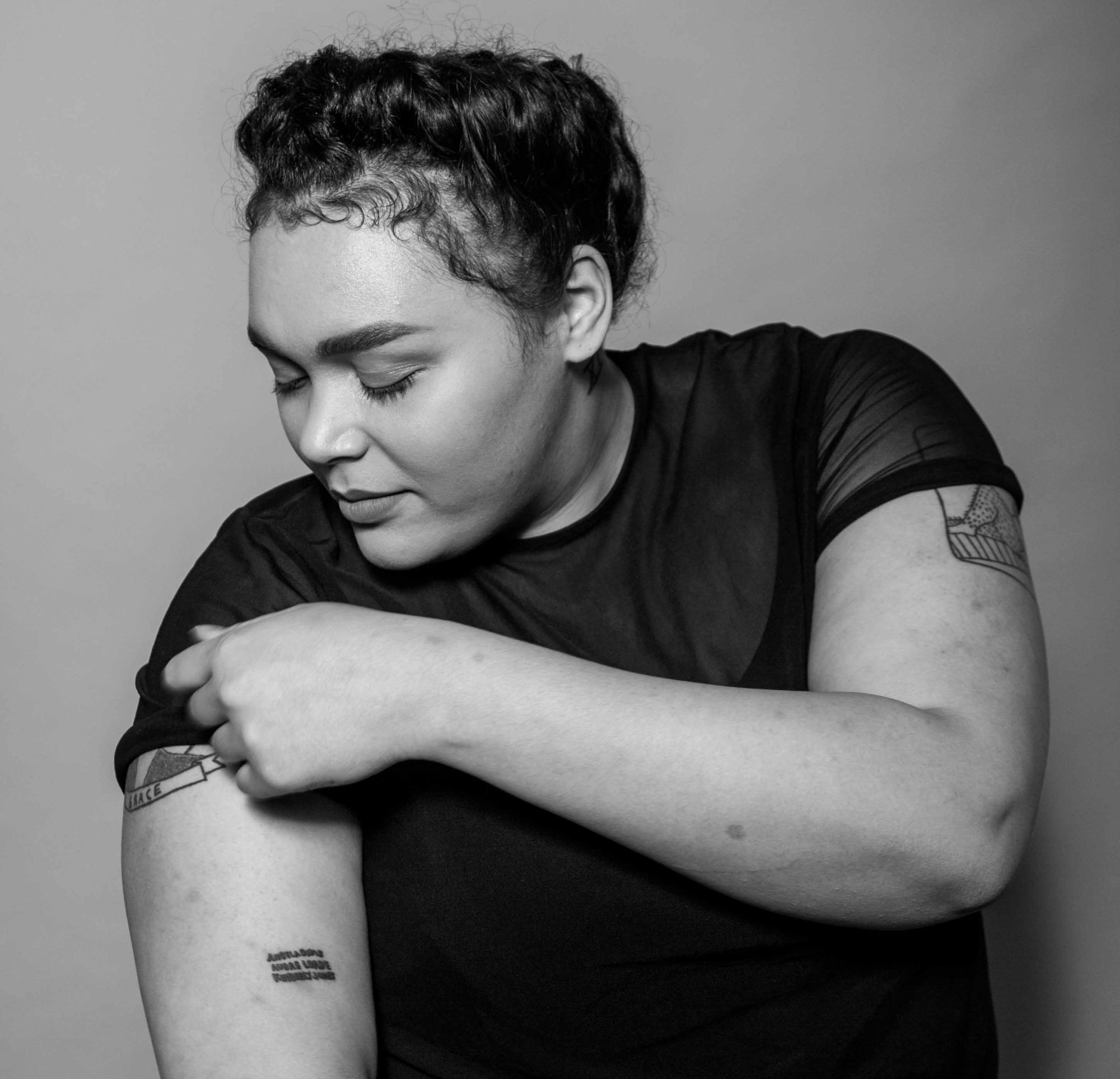 Anton took this shot of his friend Sarah, a bartender at the Loveless Café in Little Portugal, while she was getting ready for the camera. “What I was looking for the most in these pictures was honesty, to just capture a moment.” 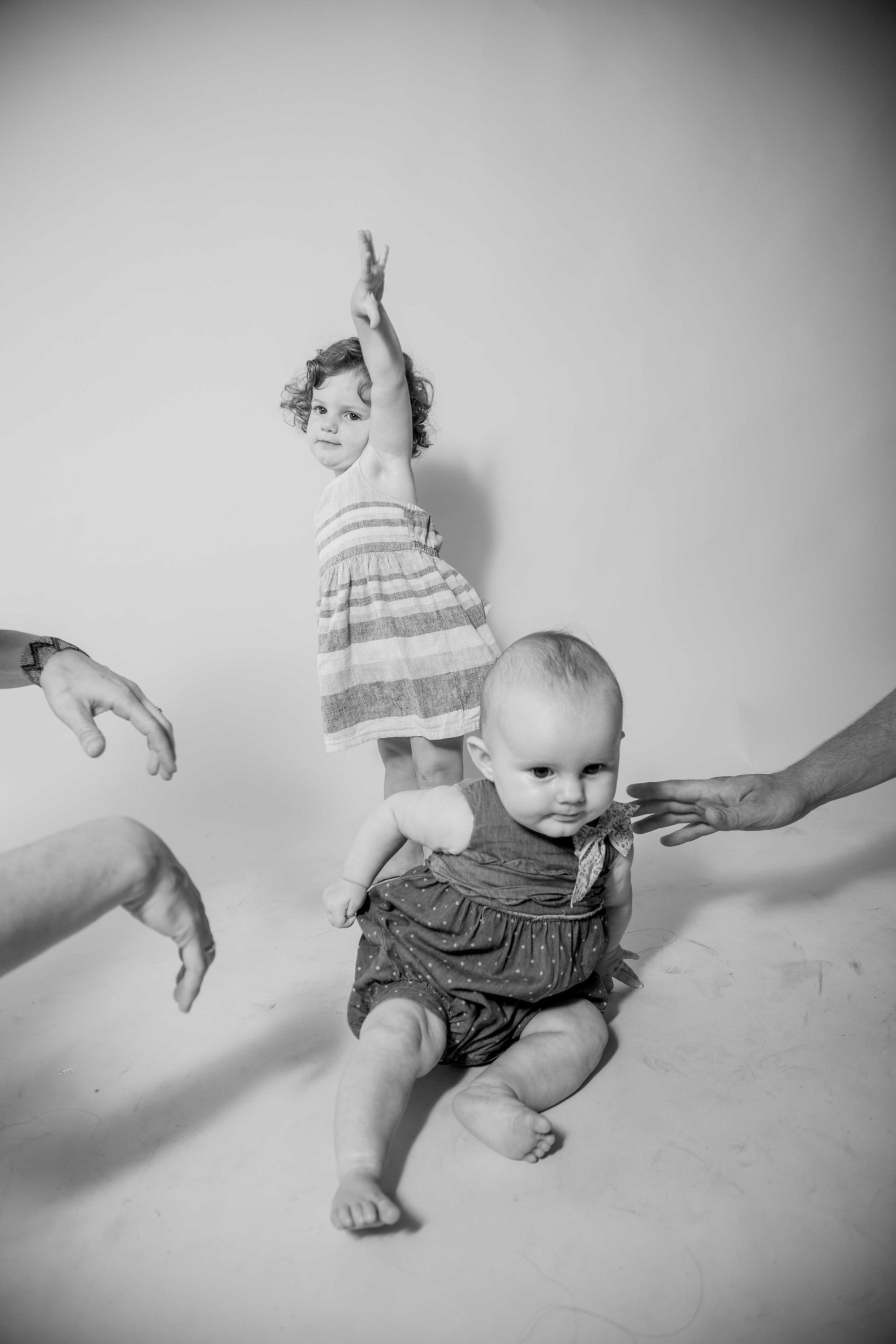 Anton didn’t ask the families to pose, hoping for spontaneous moments like this one. “The baby couldn’t sit on her own too well, so her sister was supposed to hold her. But she gave this hand-up pose instead,” he says. “Her parents rushed in to stop the baby from falling.” 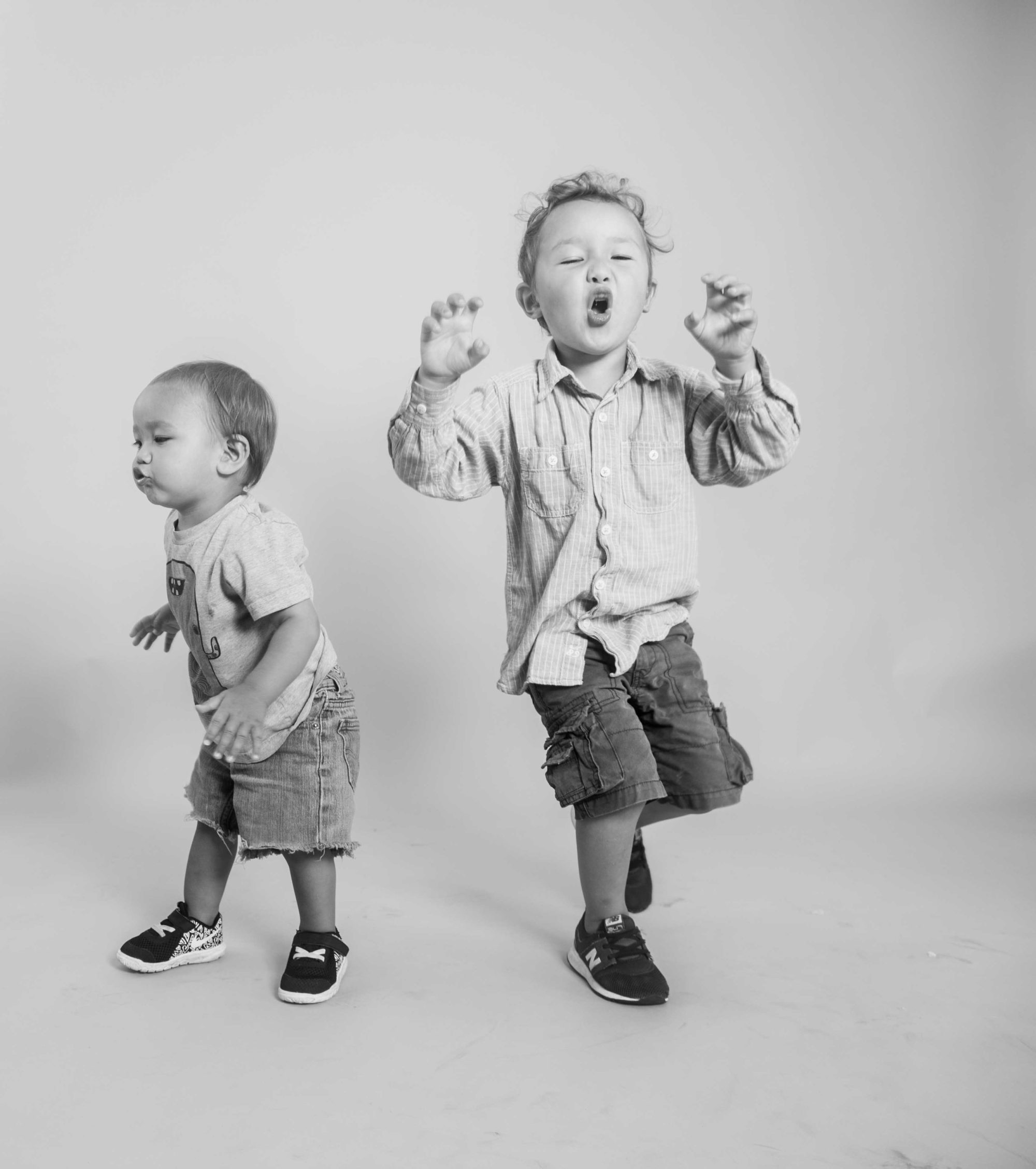 Anton and Isa encountered the mother of these two brothers near Lansdowne Station and invited them to be photographed at his studio in Kensington Market. “The oldest brother loves dinosaurs, so I just asked him what sound a dinosaur makes,” he says. 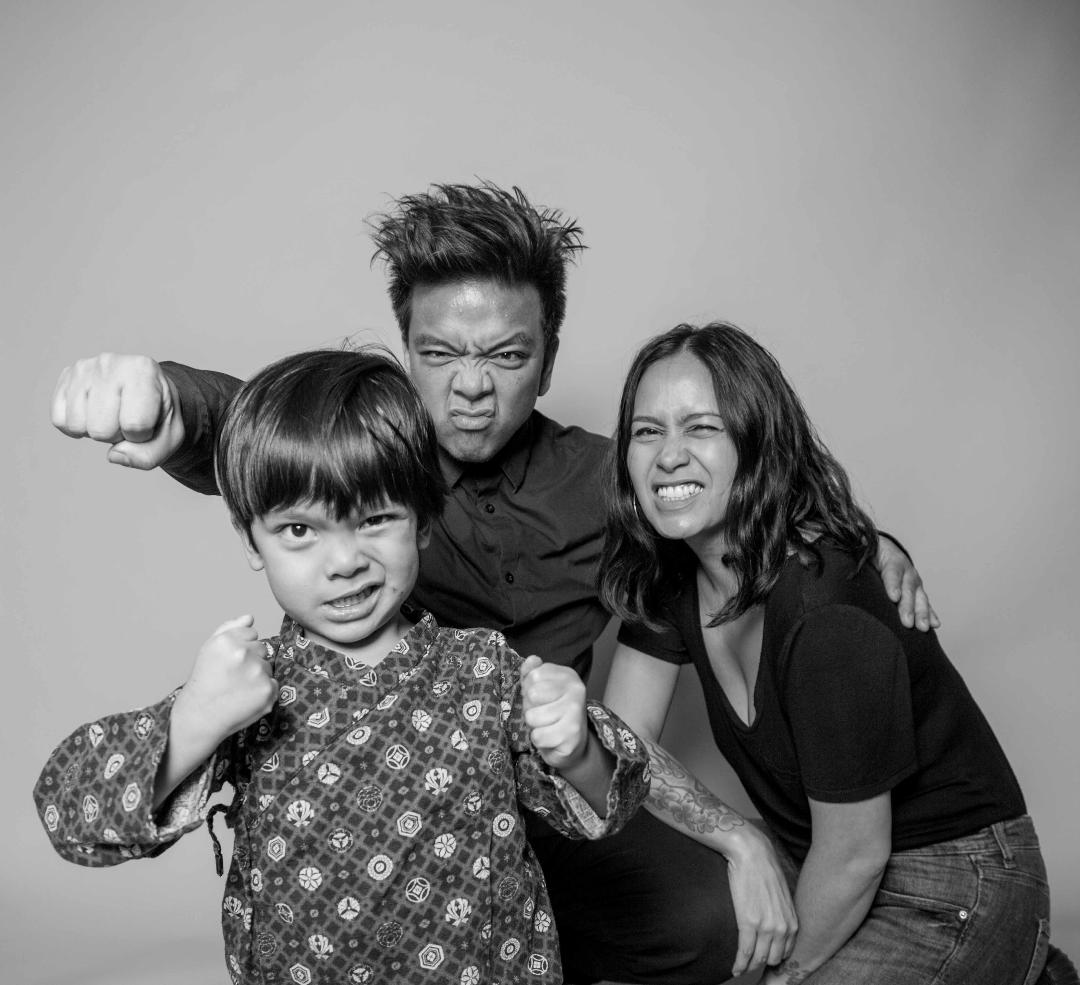 “It was great to see a family filled with so much love and give so much freedom of expression to their child,” says Anton. “This shoot was a reminder that the kids are really in charge, and it’s important to run with them and join in their imagination.” 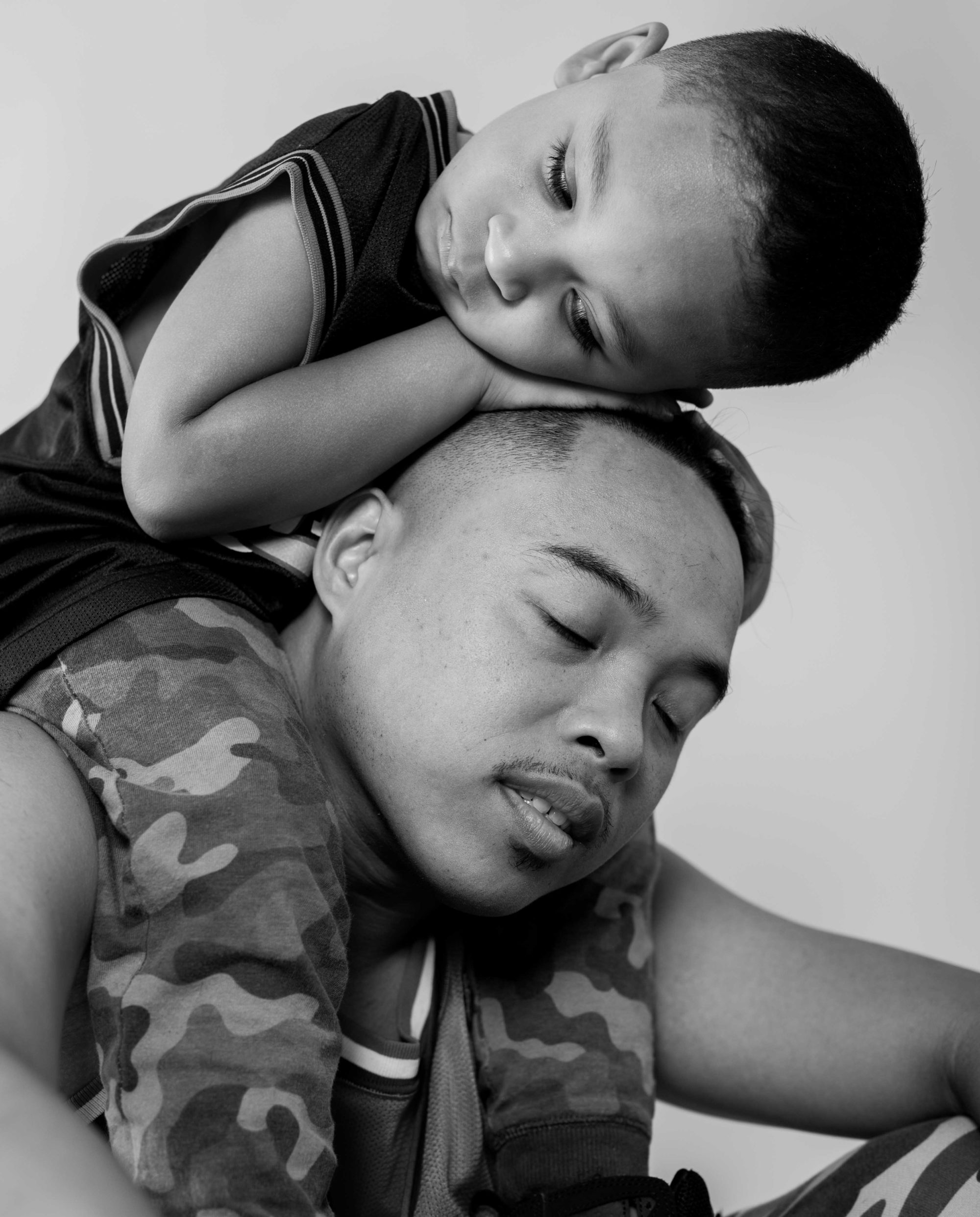 Anton’s friend Norm and his nephew stopped by the studio after a long day out. “His nephew was quiet and being kind of shy, but as soon as we finished taking pictures, he suddenly had so much energy.” 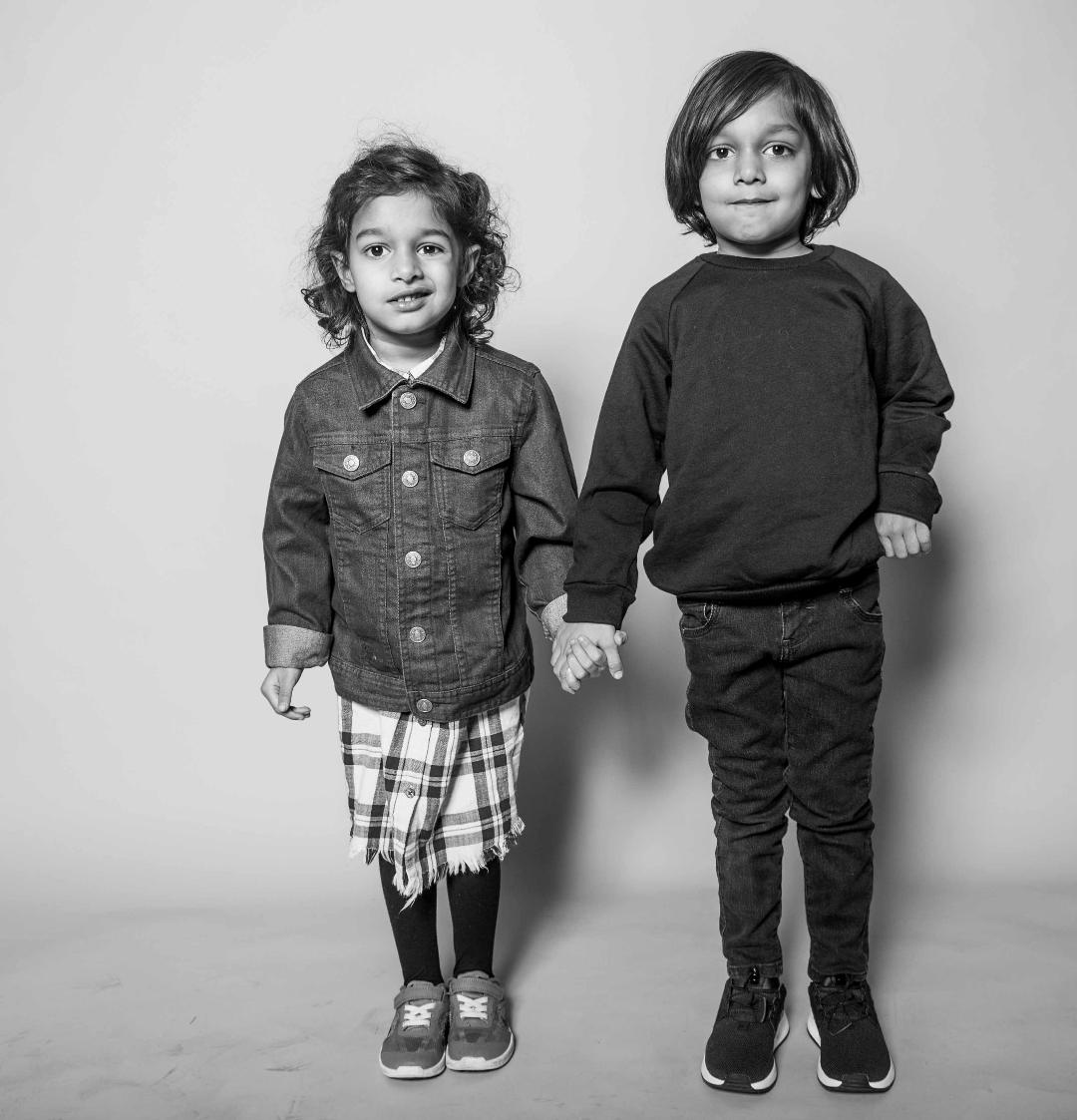 These two are fraternal siblings. Anton says, “It was interesting to see how different they are in all their similarities.” 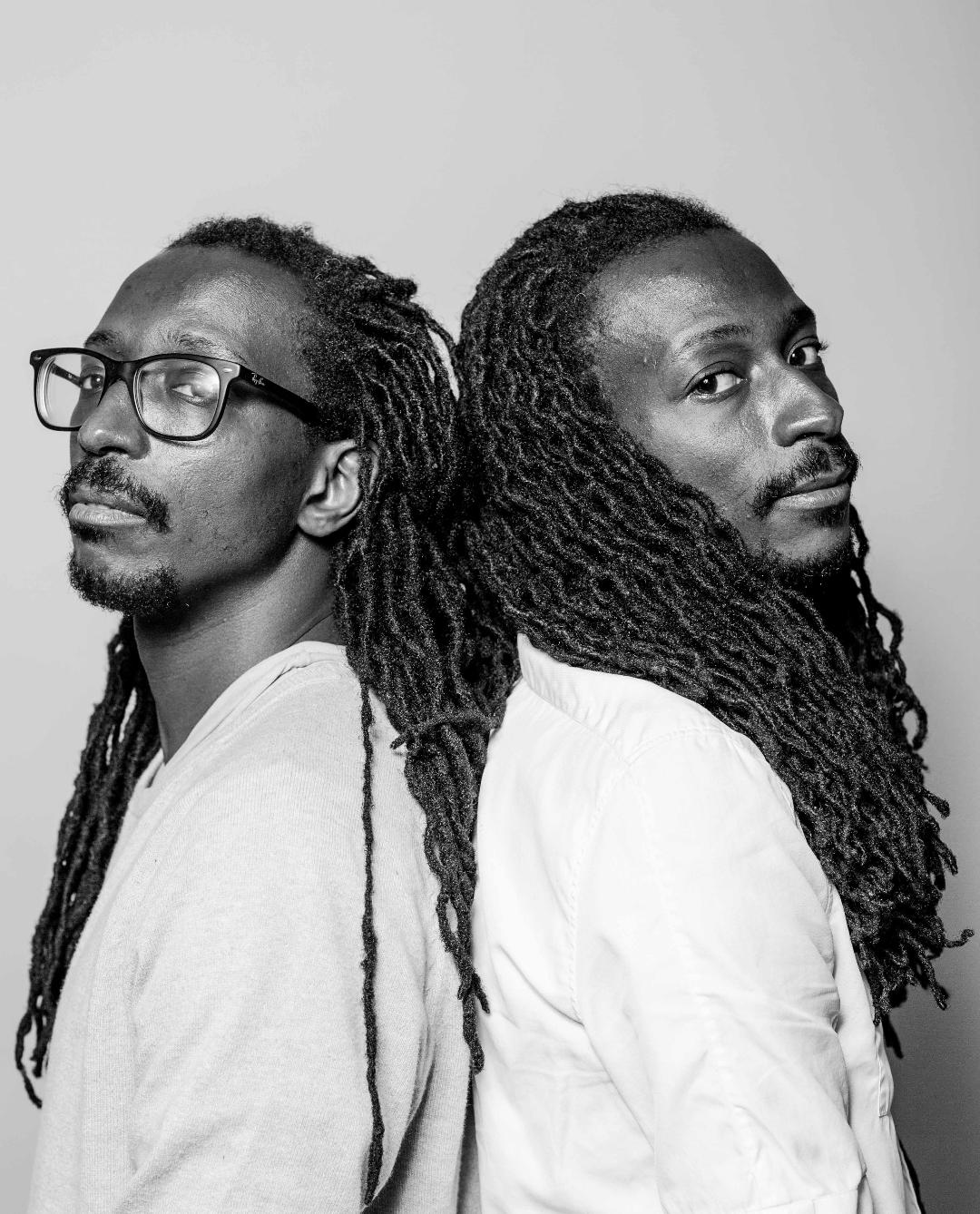 Anton has photographed these twins all around the city for years. “Locks are such a signifier of time,” he says. “When I met them, their locks were just past their ears.” 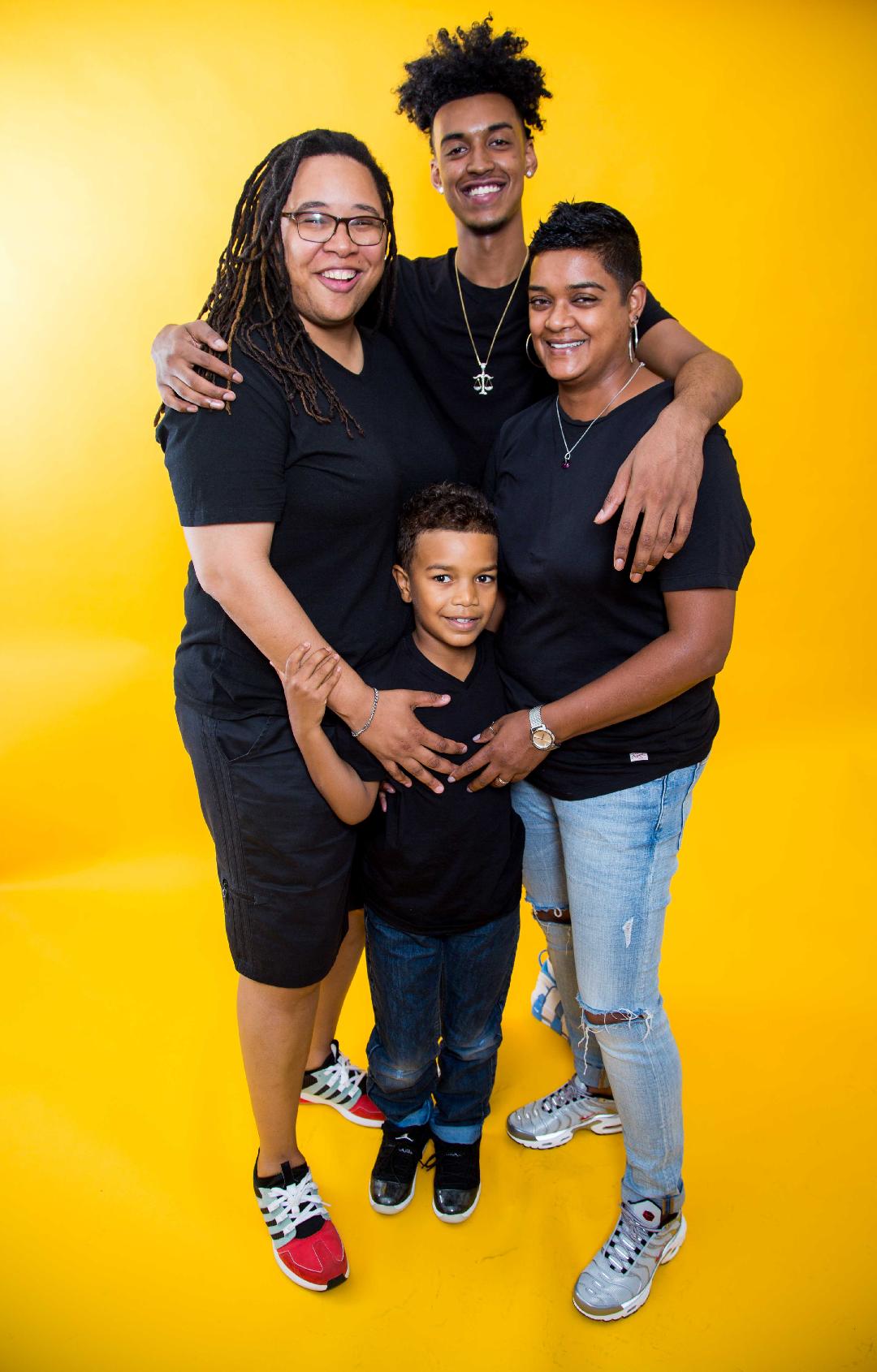 Anton met the moms in this photograph while shooting a party. “As a black man, I feel it’s my responsibility to represent the misrepresented by showing an image of family that honours strength, venerability, understanding, versatility, power and unity.” 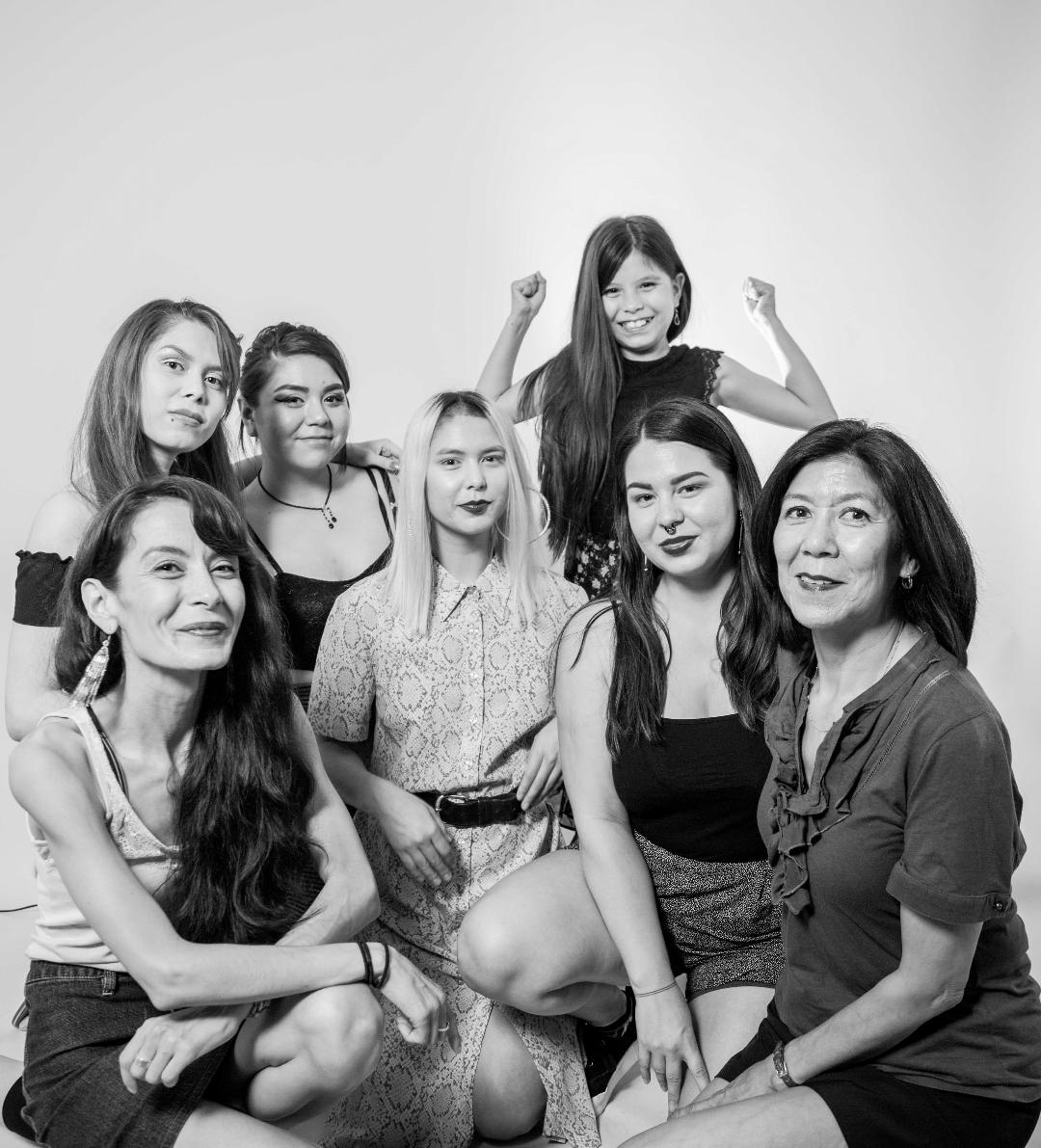 This photograph features multiple generations of Native women from the same family. “It was an honour to shoot this, especially since there has been such an assault on the visibility of Native people throughout history.”