“King Street nightlife is fun, but then you turn 30 and just want to be in bed by 11”: A Q&A with Run the Burbs creator Andrew Phung

“King Street nightlife is fun, but then you turn 30 and just want to be in bed by 11”: A Q&A with Run the Burbs creator Andrew Phung

The comedian and Kim’s Convenience alum talks modern parenting, embracing the suburbs and finding room for his 500 pairs of sneakers 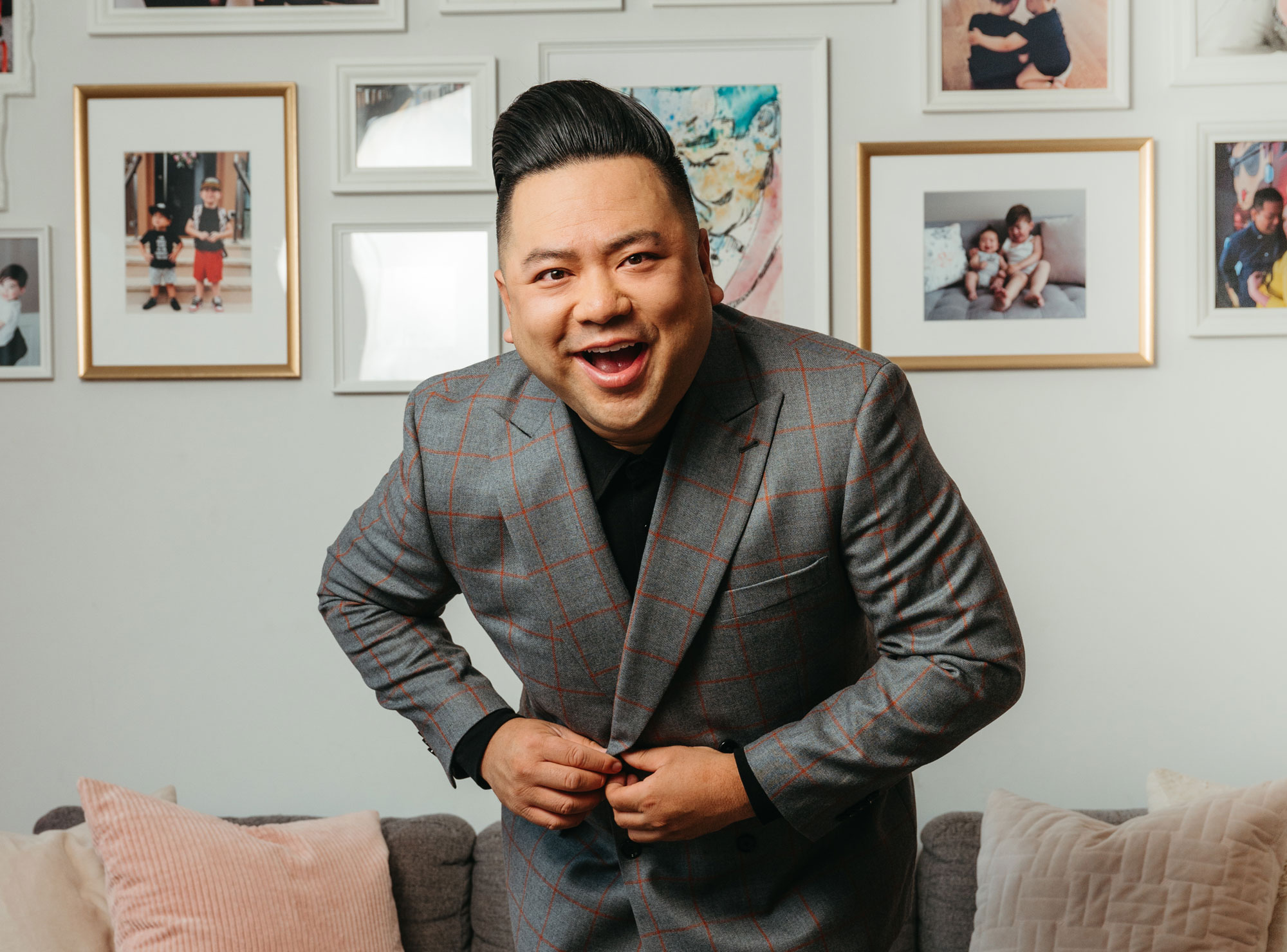 You’ve said your CBC sitcom, Run the Burbs, is a throwback to ’90s series like Full House. How so?
If Full House was about the Tanners, you could say Run the Burbs is about their neighbours—the people whose stories never got told. But our show is unique in other ways: a lot of family comedies are about bickering, whereas my show is about two adults who love their kids. It’s funny that such a basic premise feels fresh.

You play Andrew Pham, a Vietnamese Canadian with two kids and a distinct haircut. This is your real life, right?
It’s very much inspired by my life as a dad. I stayed home when my first child was born, and I loved it. Then he started school, and I had to figure out who I was again. Those experiences really informed Pham’s character. Parenting today is not like when I was growing up.

Why did you base your show in the Toronto suburbs?
The suburbs have always been portrayed as mundane, but they’re full of energy. You have lots of young people moving out of downtown, especially since the pandemic. I was in Hamilton the other day and I met a Korean couple who had just opened a coffee shop. Sneaker shops are popping up there too. King Street nightlife is fun, but then you turn 30 and just want to be in bed by 11.

How did you get discovered?
I was working at a non-profit in Edmonton in my 20s when I joined a comedy troupe called the Loose Moose. Ins Choi, the creator of Kim’s Convenience, saw my show and cast me as Kimchi.

How did it feel when strangers started recognizing you?
I loved it. First, people thought they had met me at a party or something. Then strangers would greet me as “Kimchi.” In the past few months, people have started calling me “Andrew,” my real name and my character’s name. That’s been pretty cool.

New character, same haircut.
If you watch Kim’s closely, my hair volume grows in direct correlation to the success of the show. Today, I can go out in a mask and a hoodie and people still recognize me. It flies in the face of the long-­standing criticism that there’s no star system in Canada. And now look at my boy Simu Liu.

Simu and some of your other co-stars called out racist storylines and a lack of diversity on Kim’s. Thoughts?
I support my co-stars. A lot of the fallout happened after Run the Burbs was green-lit, so I tried to focus on doing better. Our team is culturally diverse, with different world views. We also have cultural consultants who vet every script. It’s the little details you want to get right, like the number of times to bow when paying respect to dead relatives. Bowing etiquette varies from ethnicity to ethnicity.

A lot of us gather around the TV during the holidays. But, growing up, I never saw any Asian Christmas specials.
Holiday episodes are such staples that most viewers don’t even think of them as cultural, but they are. Run the Burbs is doing a Lunar New Year episode. But the holiday is really just a backdrop for the comedy and drama. Every family has the same laughs and squabbles.

Any plans to join Simu in LA?
Maybe I would have moved there five years ago. But, much like Pham, I’m a dad and I’m happy here with my family.

Sadly, Toronto doesn’t have quite the same sneaker scene. How many do you own, by the way?
Maybe 400 or 500 pairs.

Sorry, you have 500 pairs of sneakers?
I grew up in the ’90s! My favourites are my Steve Nash Air Maxes—they were my wife’s first gift to me—and my Shattered Backboard Jordans, which I wore to my callback for Kim’s. Those shoes changed my life.